Atiba Jefferson: The People Who Made Me 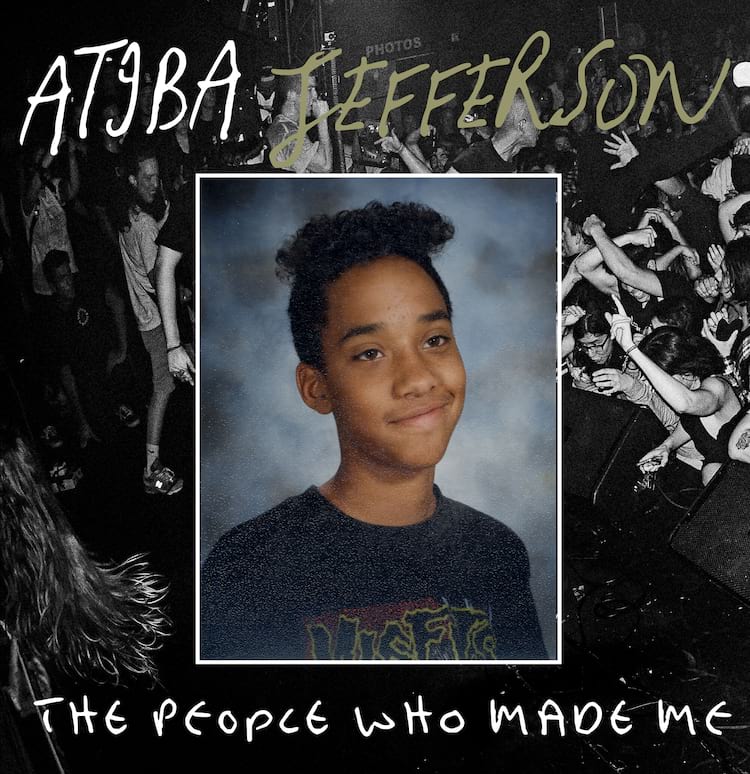 They say never meet your heroes but I say fuck that. I’ve met mine and they rule. I learned early on that if you’re photographing people who inspire you, you’re gonna love your job. And lucky for me, I’ve been able to do just that. My photos would suck without the amazing people in front of my lens. I’m nothing without my heroes. —Atiba Jefferson 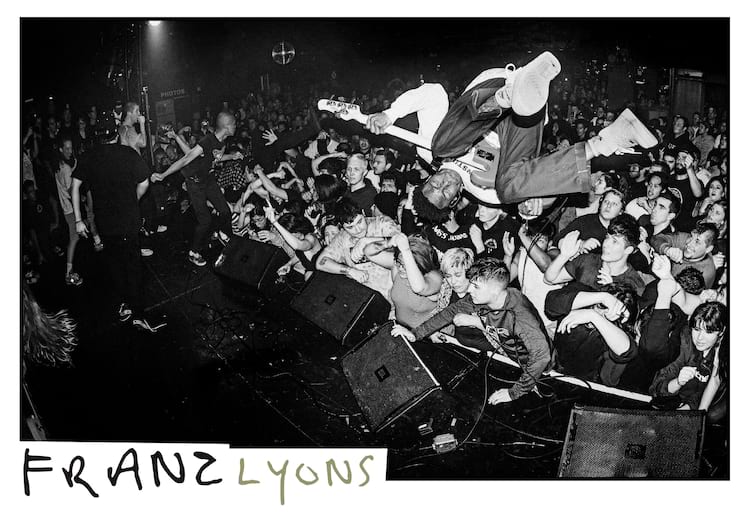 When I first met Franz, I just knew him as a nice skater I’d see at Max Fish. Then I discovered his band Turnstile, which became my favorite of the new generation of hardcore, but I didn’t realize Franz was in the group until later. Then I went skating with him and he rips. Is there anything he’s not good at? 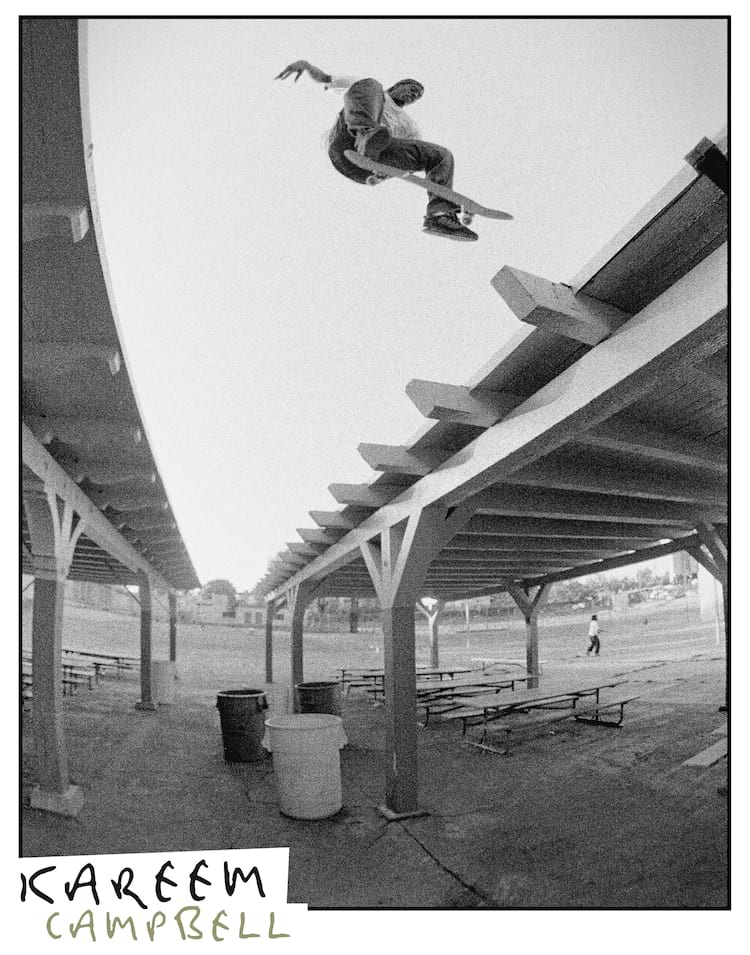 I was into Kareem when I saw him as a kid in a Gouge clothing ad and it was cool to watch him grow up in front of our eyes. Then moving to California, I shot him a lot in the ’90s, traveling through Europe and the US. Watching a superstar shine is always a good time. 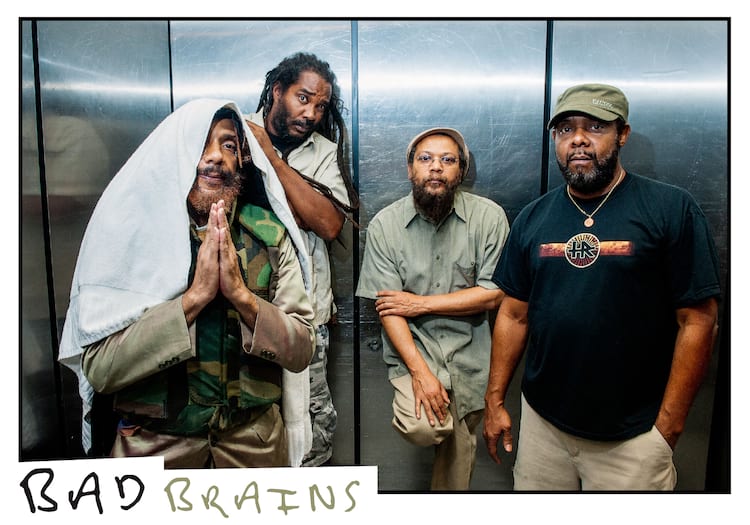 The first time I heard I against I, I knew this was my shit—punk and reggae mixed couldn’t get any better. Their music became the soundtrack to my life—from middle school to now—and it has aged so well. I got the opportunity to go on a little tour with them in 2010 and they took me in like family, calling me “Nephew.” This photo was on the back cover of Into the Future, their last record. 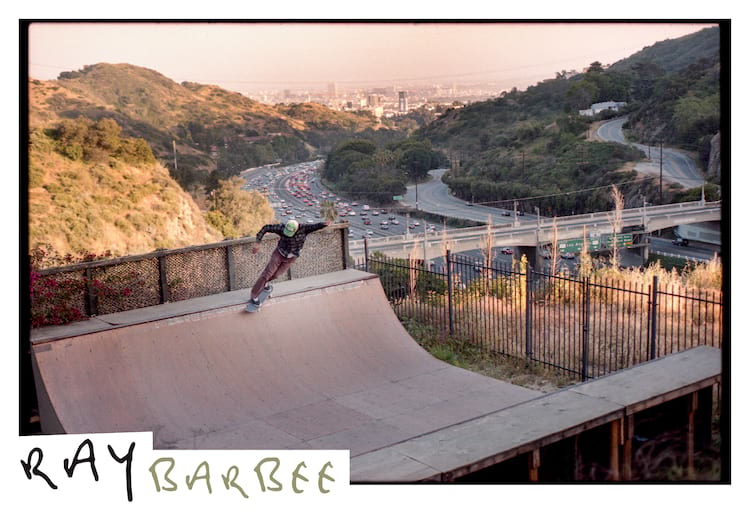 After seeing Public Domain and Ban This, the way I skated and dressed changed because of Ray. It didn’t stop there, though. I was also a huge fan of The Firm and his music. Getting to meet him years later, his vibe was just as cool as you’d hope it would be. I’ll never forget skating NYC with him, hanging at Max Fish ’til sunrise and seeing Jeff Parker and The Sea and Cake in the same night. He’s the best non-drinking party homie I got. 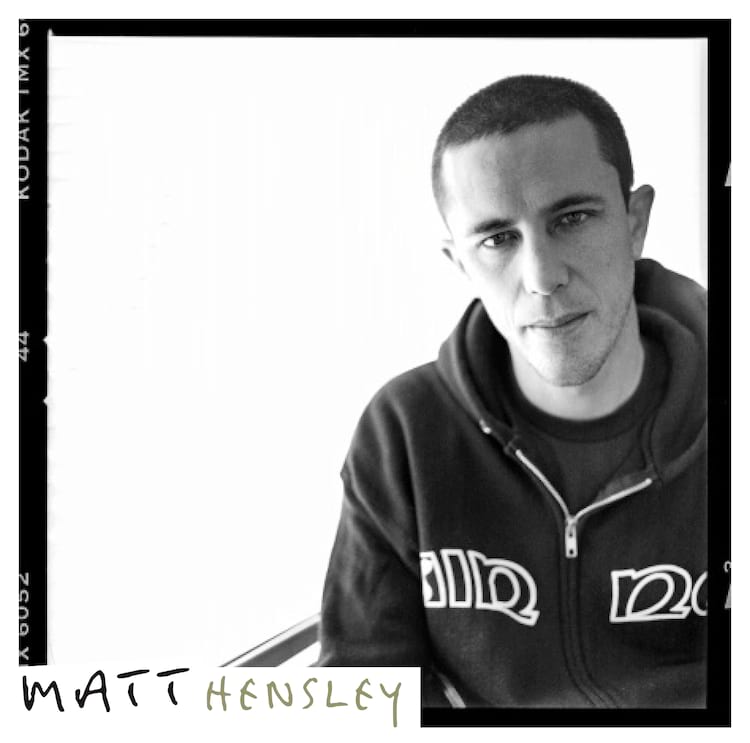 The first demo I saw was H-Street and Ron Allen and Matt Hensley were there. I didn’t even skate at the time but when I saw them I knew that’s what I wanted to do. I devoured all the H-Street videos as a kid. Matt’s style ruled and the skate/ska combo is great. 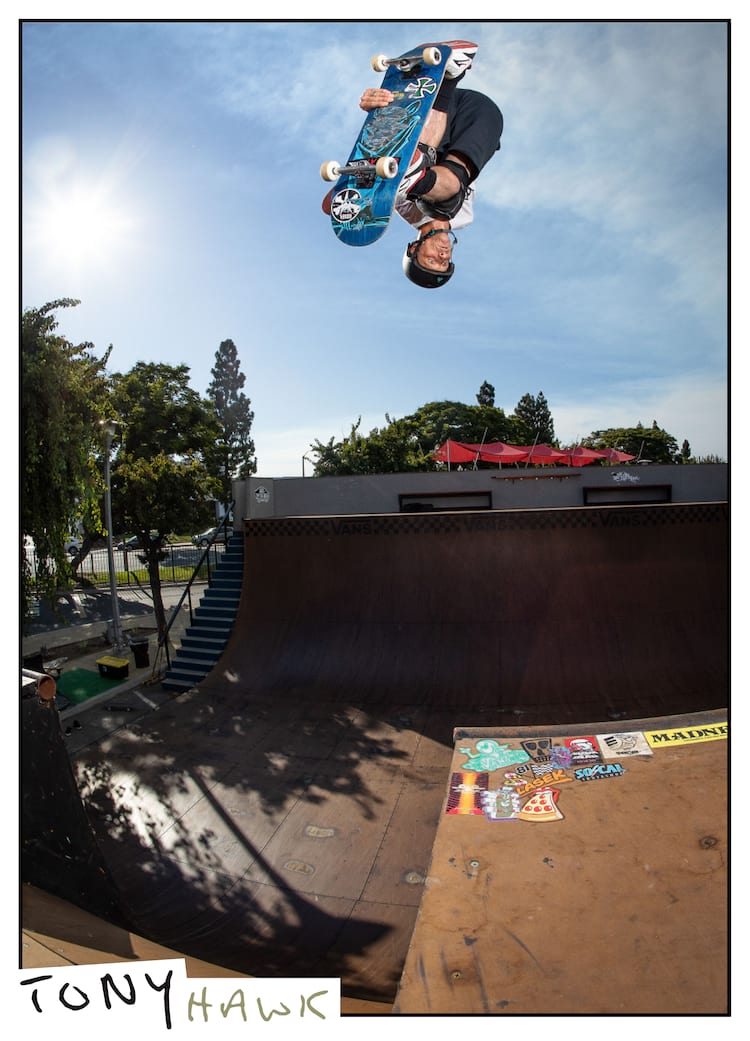 I started skating in 1989 and of course I was a fan, and Tony has always been cool to me—even in 1996 when he took me on tour and I ripped the roof rack off the minivan trying to park it. He responded with, “We didn’t need it anyways.” He put me in a video game, I’ve traveled the world with him and to this day he’s still a great friend. After 25 years of hanging, the way he loves skating is still super inspiring to me. 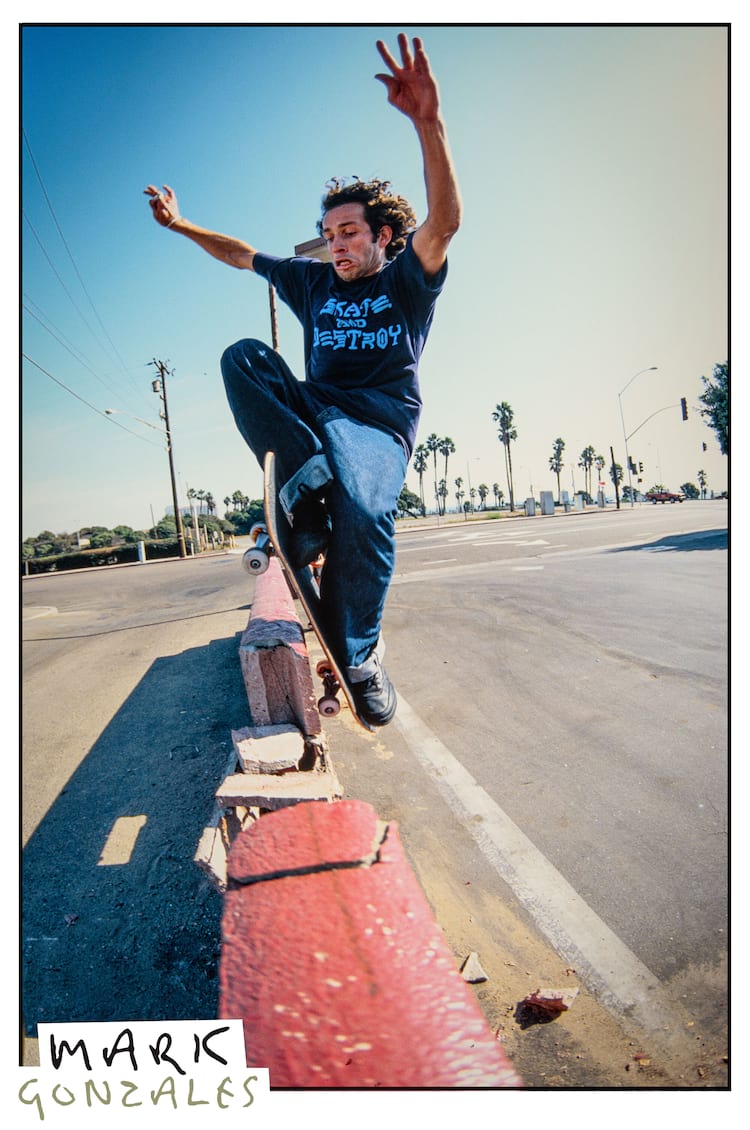 Without Mark there would be so much missing from street skating. He blew me away as a kid when he skated to jazz in Video Days and he also showed the skate world that it’s okay to have fun doing other things. Mark chose art. What are you gonna pick? 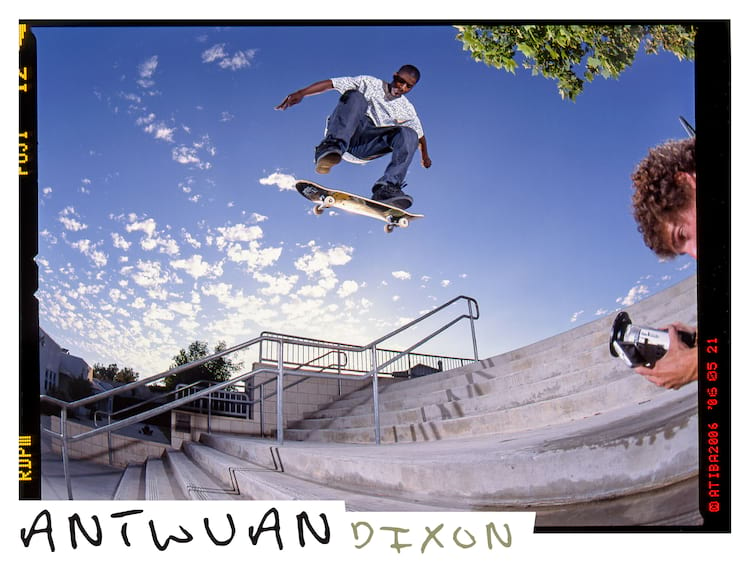 I have know him since Angel Cabada gave me his sponsor-me tape when Antwuan was 16. Natural talent isn’t something you work for, it’s a gift and ’Twuan definitely has it. I haven’t seen many people with as much inherent skill as he possesses. He’s also a natural at overcoming hardships and that’s inspiring, too. 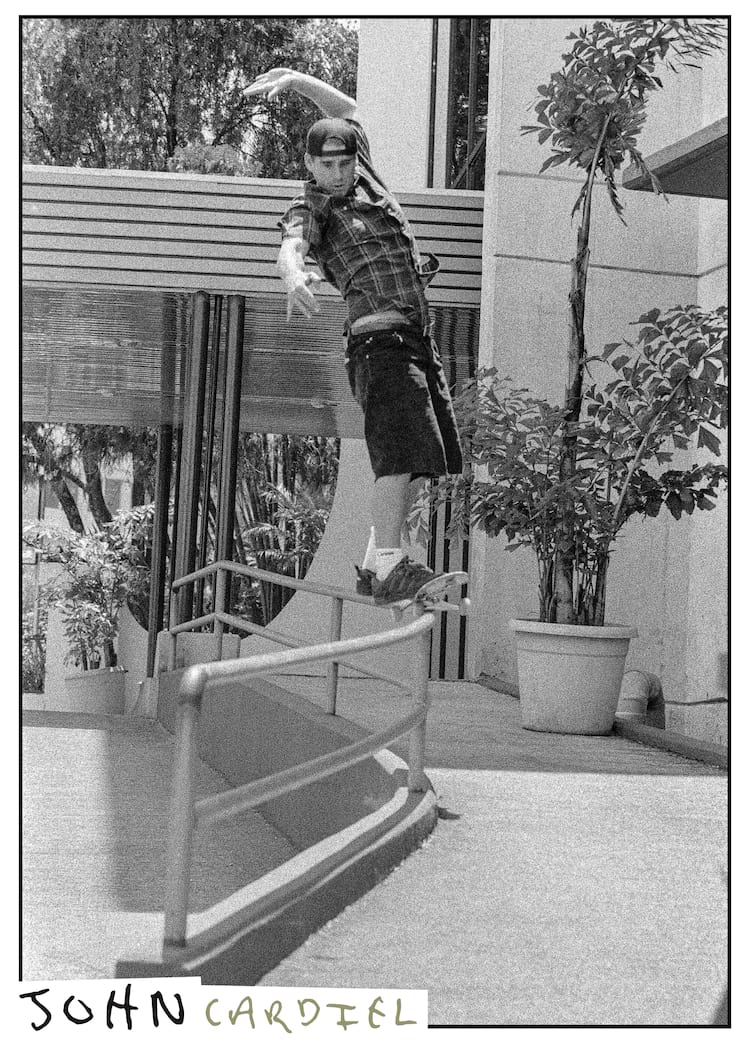 To me, he was the most intimidating to meet and then I learned not to judge a book by its cover. I thought he was just speed and craziness and then when I finally met him I learned he has the best vibe—he is kind, understanding and positive. He is such a big inspiration and he showed me that you never give up. PMA. 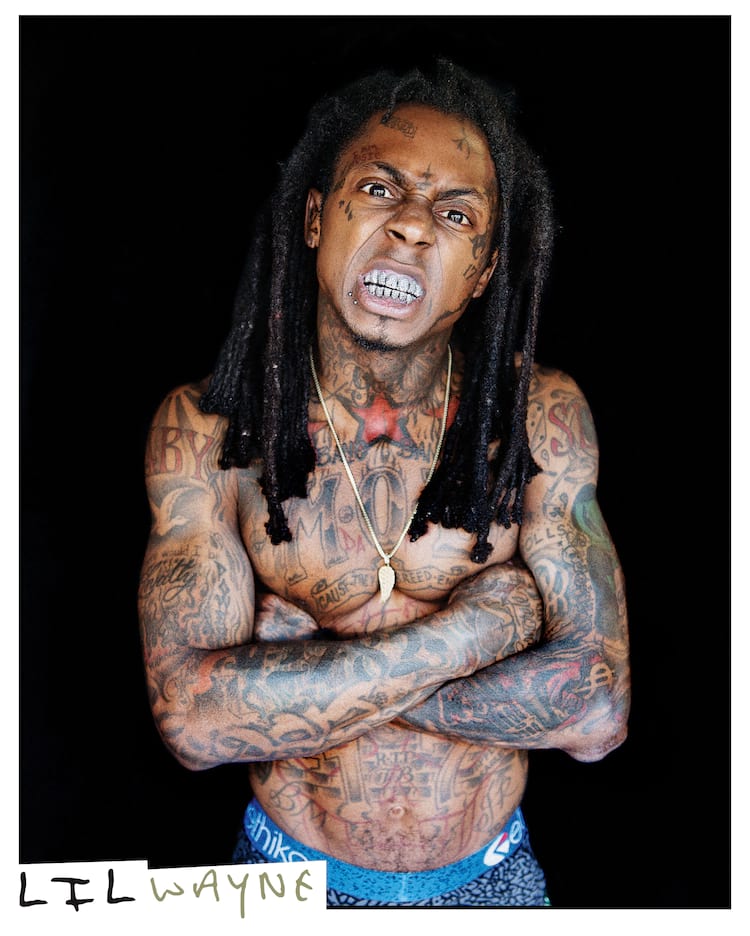 The Hot Boys changed late-’90s hip-hop and when I heard “Bling Bling” I, along with the rest of the world, knew that Lil Wayne was just getting started—and he was only 13. Then he dropped Tha Carter III and became one of the greatest rappers of all time. It was great to see him pick up skating and it wasn’t just a fad either—seven years later, he’s still rolling. He’s always been so cool and down to Earth and he throws the best birthday parties. 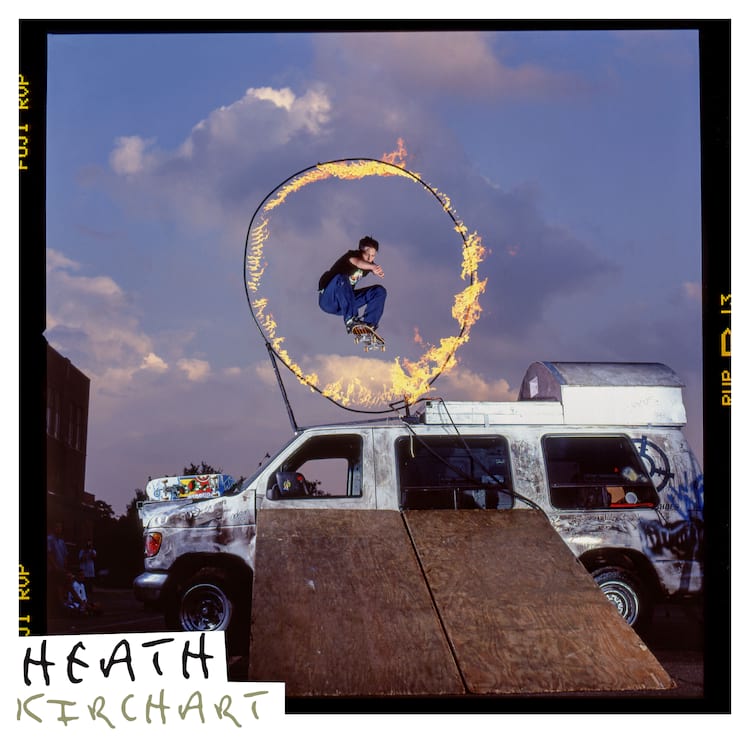 He is my oldest friend in California. I met him in 1994 and I was already a super fan from the Birdhouse videos. l’ve seen him grow up from a brat to the world’s most interesting man. He has done it all, from breaking in El Toro with a lipslide to riding a bike across America. And for some reason he still acts like he won the lottery when he takes me for five dollars at the bowling alley. 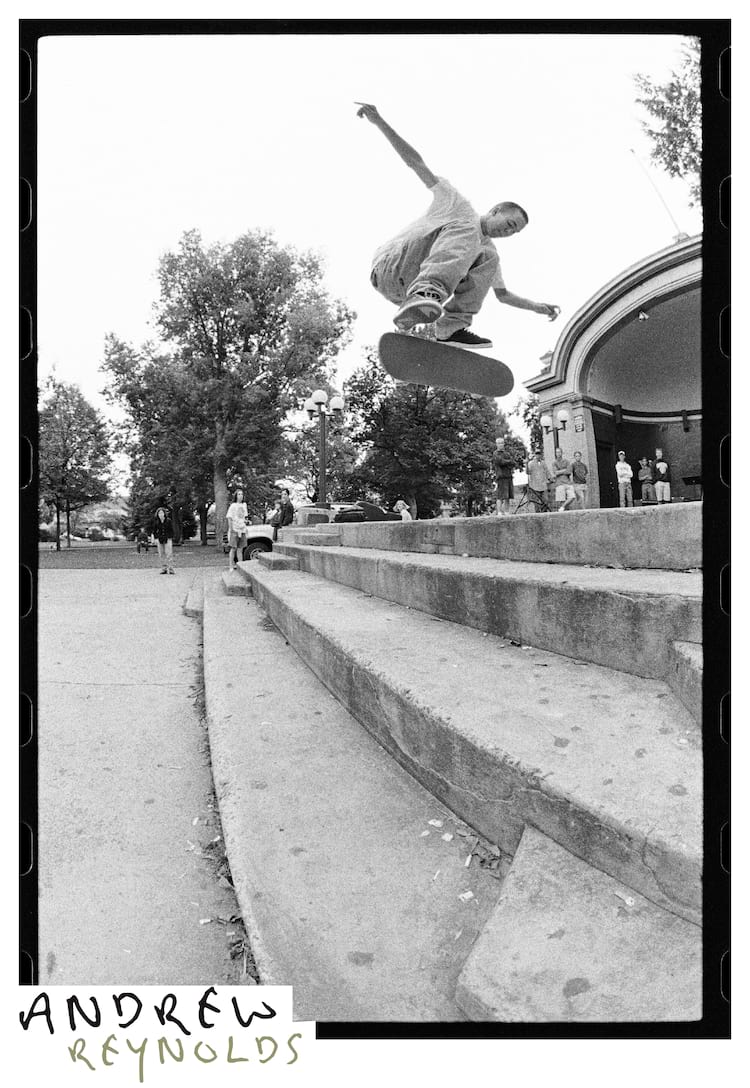 You can tell from this list that Birdhouse Ravers left a lasting mark on me. I’ve been a Reynolds fan since day one. When I first moved to California, not a lot of people would shoot with me. I don’t blame them; I didn’t know what I was doing! I always say, “Practice shooting with your friends,” and that’s exactly what I did. Andrew was and still is that friend I shoot with. 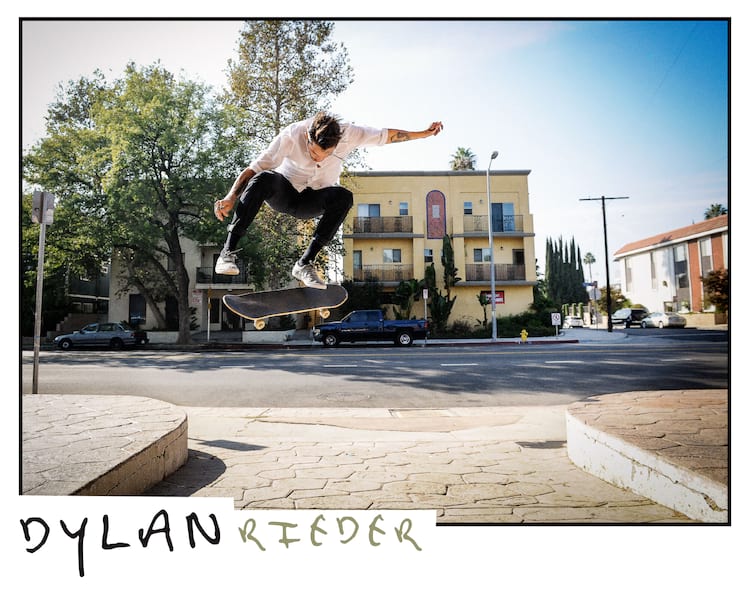 I could write a book on how fucking great this dude was. He changed my life and I had some of the funniest times living with him. Dylan was the coolest dude in the room and he didn’t care who you were—he was down for everyone. Witnessing his skating was like watching magic. He was the toughest fighter I ever met and his spirit will live with me forever. 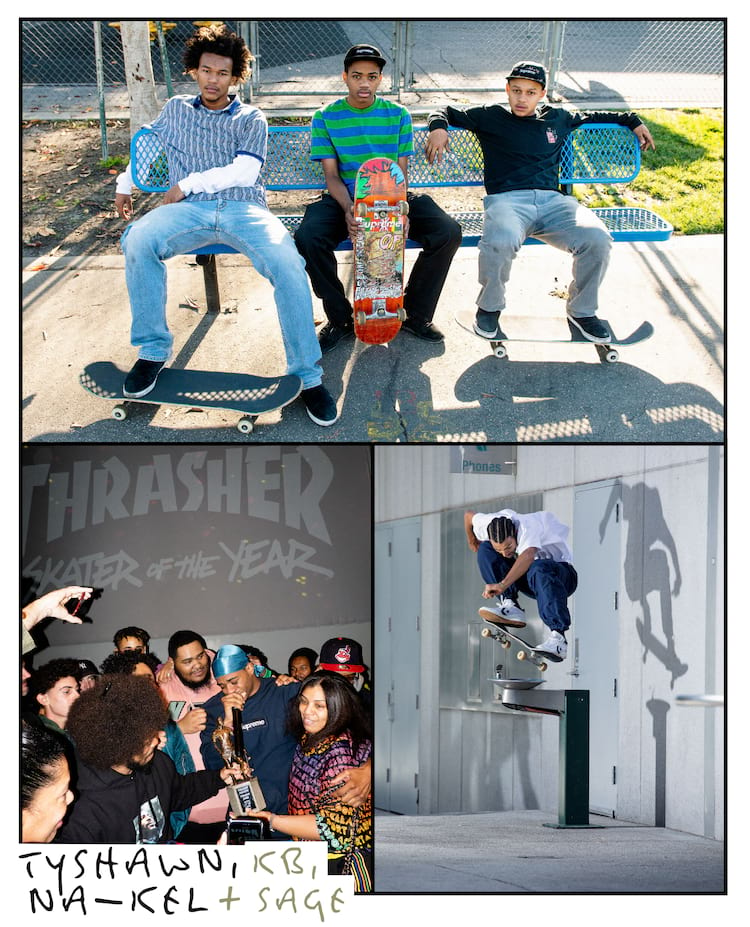 In my mind they will always be the kids hanging out at Supreme—before they could drive. It’s been great to see them all grow up and do their own things, from owning restaurants, modeling, acting, music, and still skating, ripping and being brothers to each other. And the crazy thing is they are still so young. 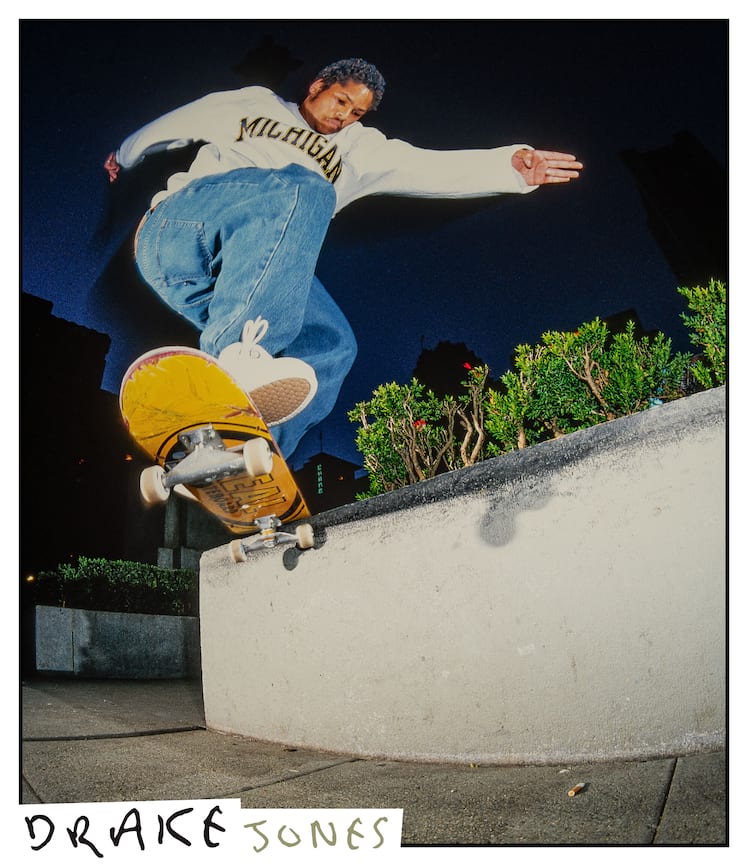 So much damn style and the afro always on point. I had his parts in the Spitfire and FTC videos on repeat and I always wanted to be like him. 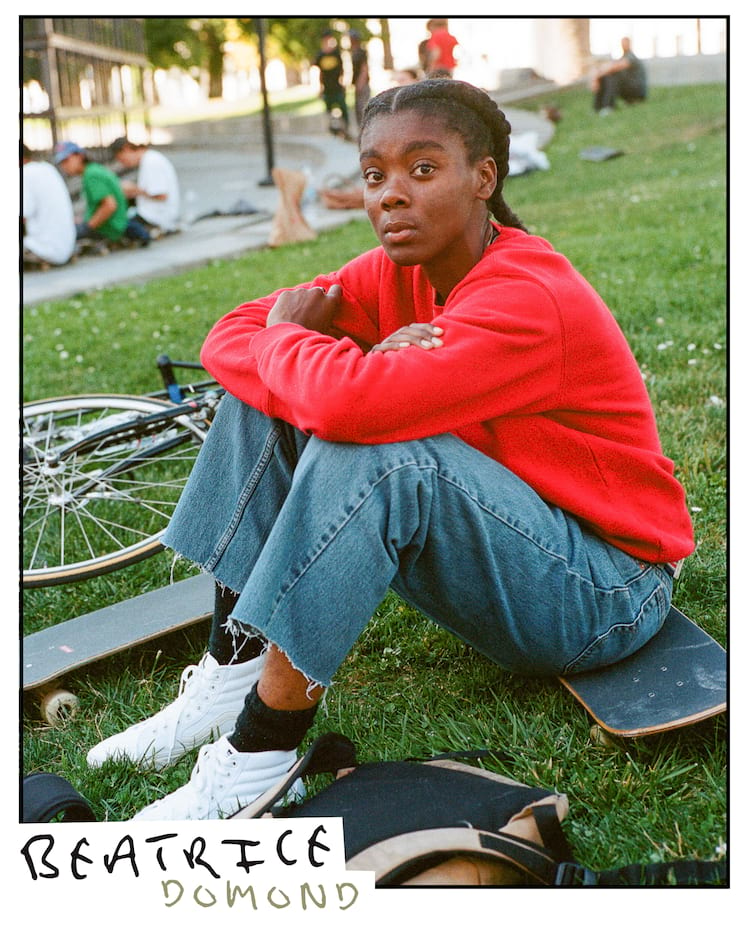 It’s amazing to see someone who loves skateboarding so much that you can see it in everything they do. Beatrice’s passion shines so bright that it makes everything else around her glow. 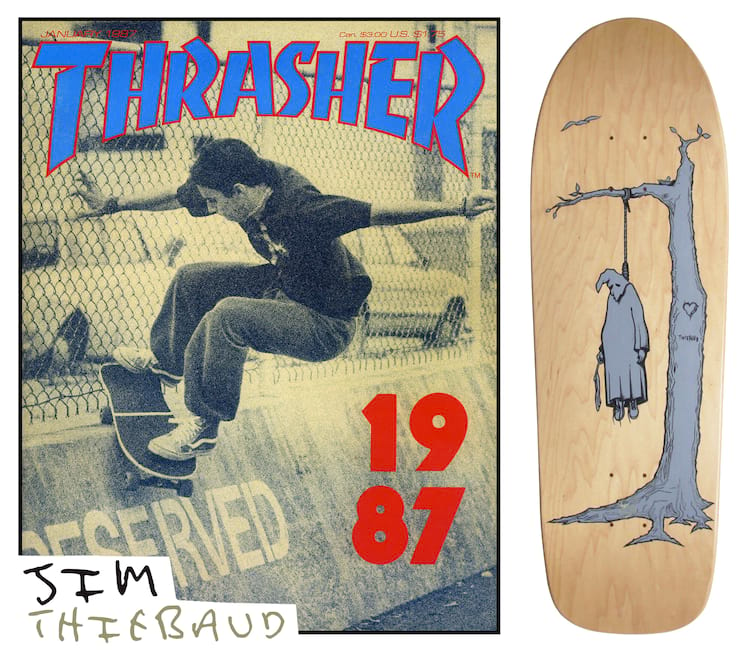 Board photos courtesy of @SeanCliver
I wish we could bottle and sell his positivity. His skating and vibes have always inspired me, but the Hanging Klansman graphic was just so impactful to me as a kid. It was the first time in skating where I felt like all skaters were fighting the fight. 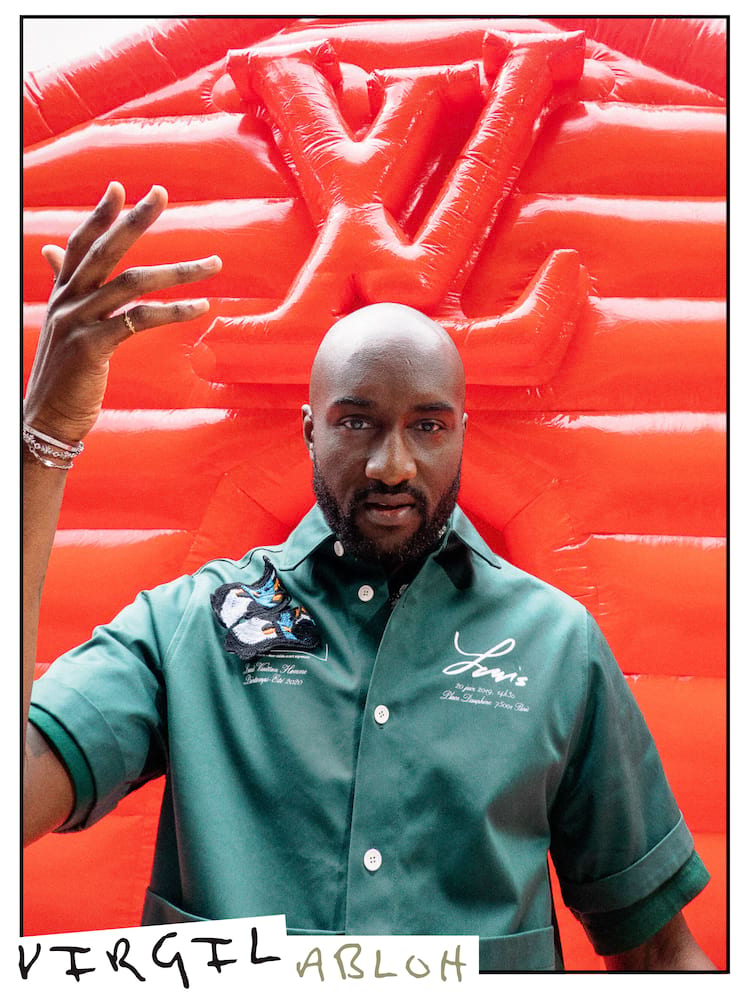 If you don’t know who Virgil is, look him up. His creativity, work ethic and kindness has been a massive inspiration to me since we met. He has such a huge effect on the biggest things happening in design, fashion, art and music but he’s also cool enough to include his day-one homies on all of his projects. He’s the most giving person I know, but the best part is that he’s a skater. 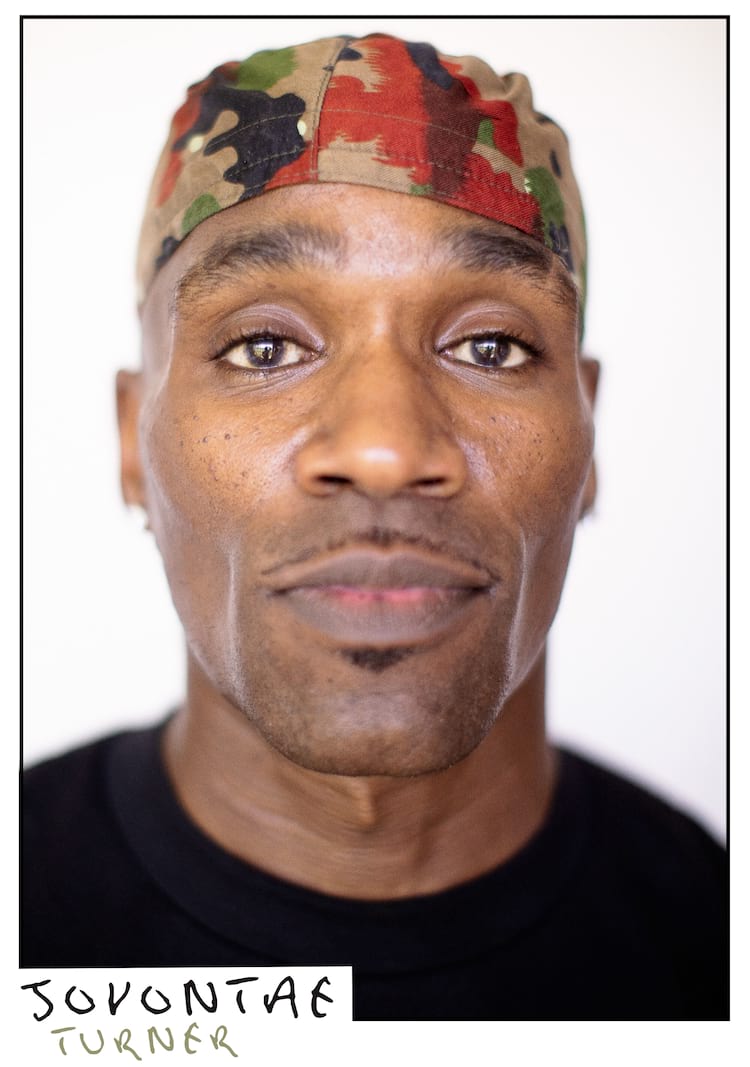 Style—that’s all I have to say. I studied everything he did, from his clothes to his 360 flips. Love Child and New World Order were in the VCR on heavy repeat. 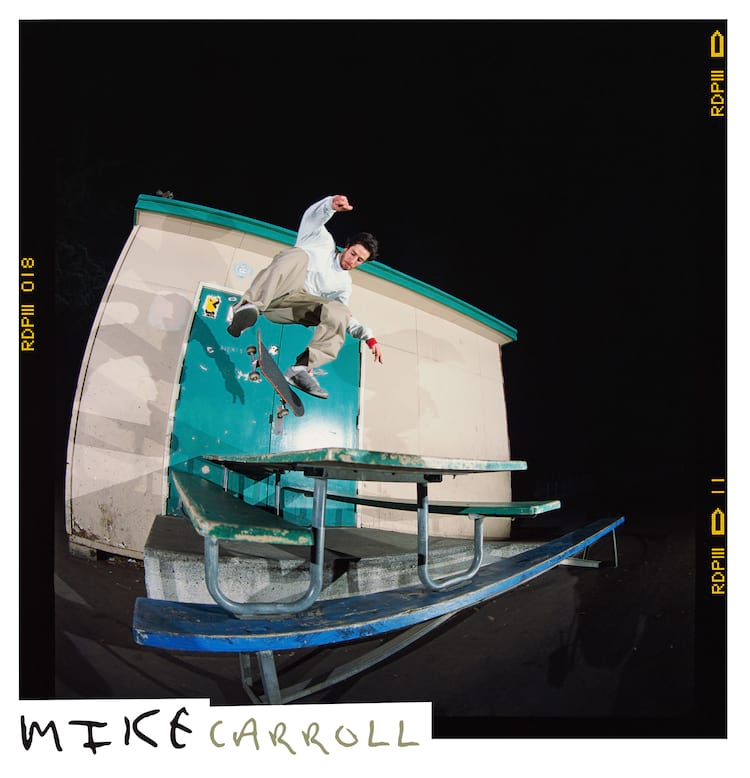 Mike is the fourth Beastie Boy. The scene at EMB played such a significant part of my youth and Carroll was the king. He’s got so much style that even his pushes look cool. He’s also one of the best the streets have ever seen. All hail the young MC. 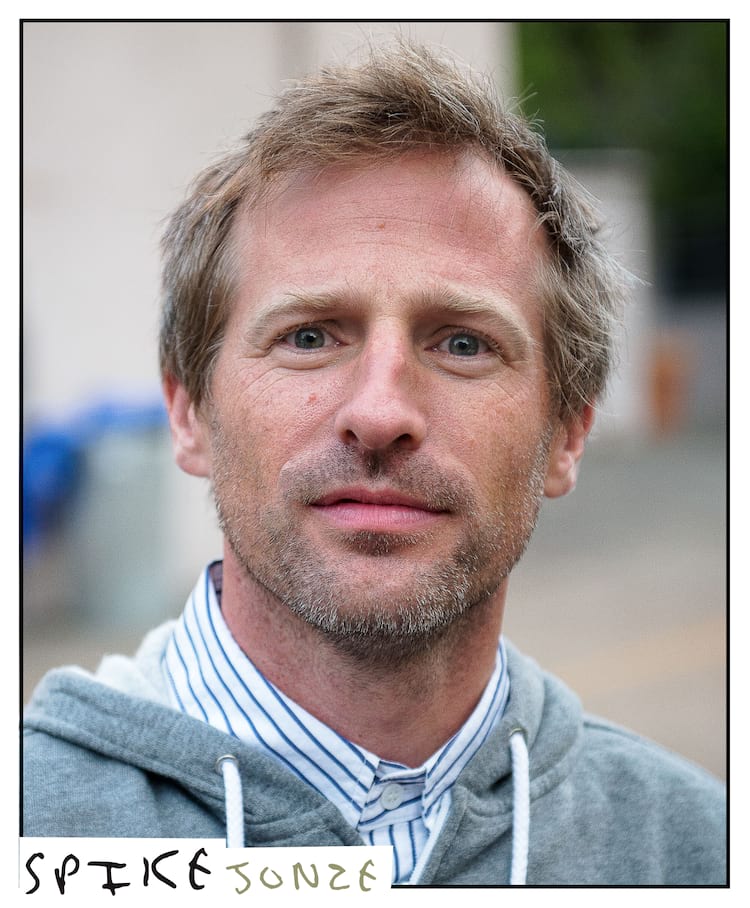 Spike is my favorite photographer, hands down. As a kid I would stare for hours at his work wondering how he made the magic. He also inspired me to shoot other things besides skateboarding but make them look like skate photos. 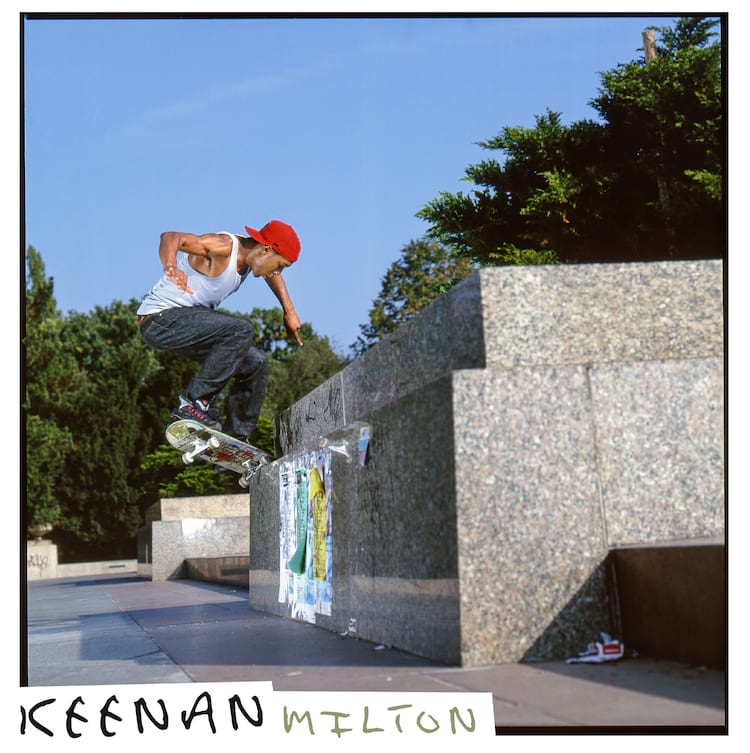 I met Keenan in ’95. I would come to LA from SD and he was always down to shoot with me. I was already such a fan from the Fun days so I was a bit starstruck around him, but over the years he became like a big brother to me. I was and still am a nerd, but he always gave me good advice—how to act, how to dress, how to talk to girls. It didn’t always work but the way he talked made you feel like you could conquer the world. 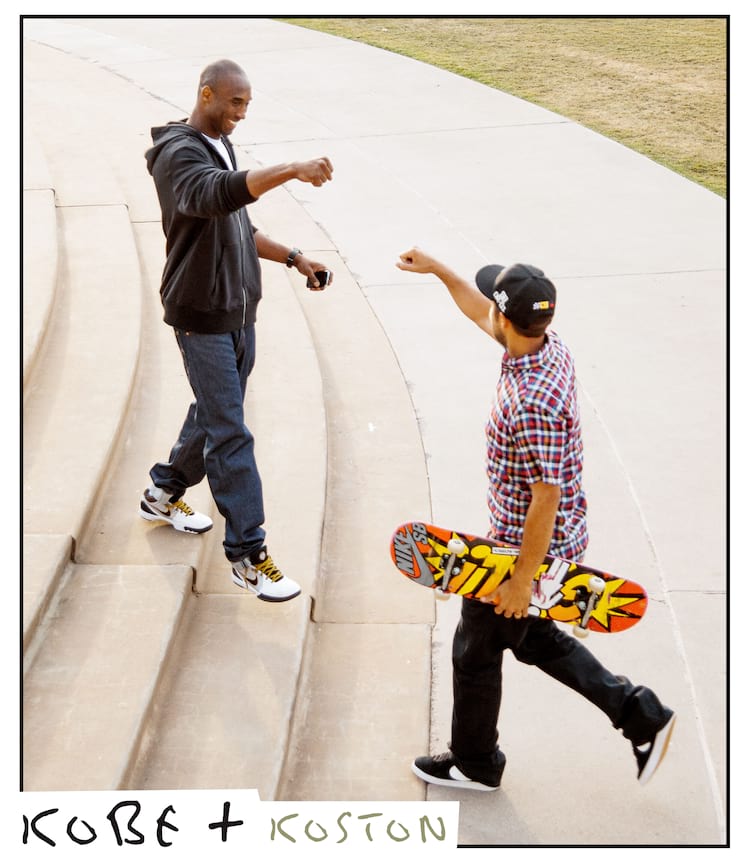 These two had the same impact on each others’ craft and they’re both arguably the best of all time. I have been lucky enough to skate and party with Eric for the past 25-plus years. As a kid I was the biggest fan of the H-Street/101-era Koston, and it’s crazy to me that he became one of my best friends. It’s still tough to talk about Kobe, but I watched him grow up and I was there for every championship. And what you may not know is that Kobe loved skateboarding. We talked about it all the time and whenever we met up I always brought a pro skater along with me and he was always hyped.
© 1981–2022 High Speed Productions, Inc.