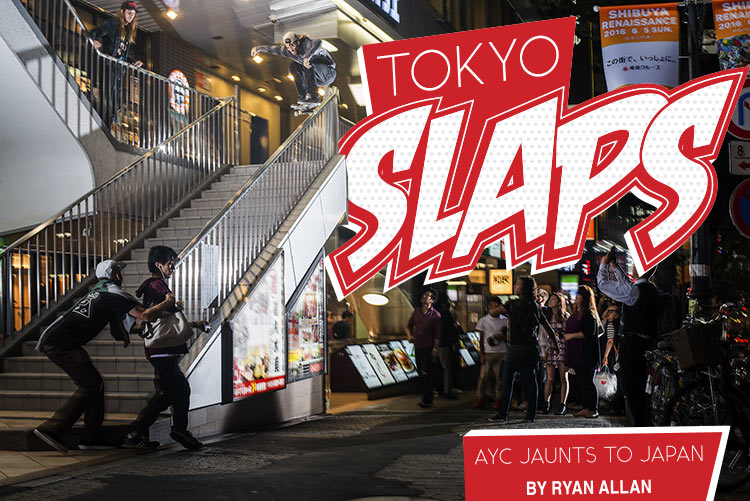 When Jaws said he wanted to ollie this rail I thought he was joking. Not because it’s a huge drop onto shit ground with a slightly uphill landing. No, I was laughing because it’s in Shibuya crossing! You know the place where you’ve seen time lapses of a million people crossing the street? Yeah, now picture ollieing into them. The dude really trusted us when we yelled, “Go!” 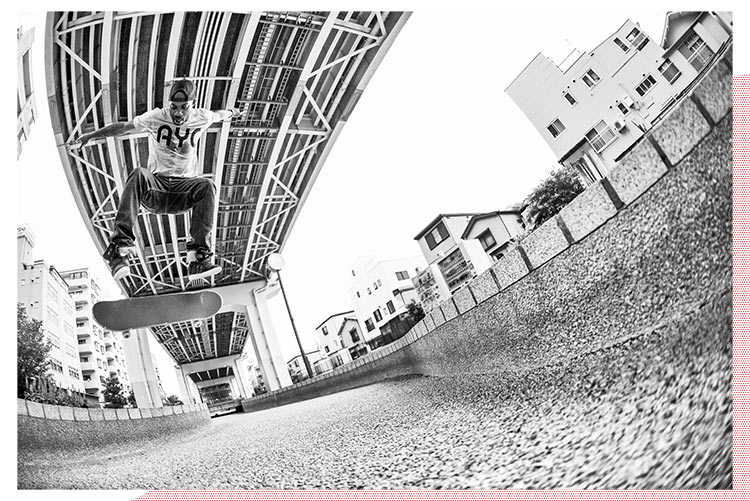 As Stephen Lawyer would say, this spot slaps—Tokyo slaps. Stevie did this back heel in a line and you know he did it with his textbook style. Everyone gets hyped when the boss man comes through 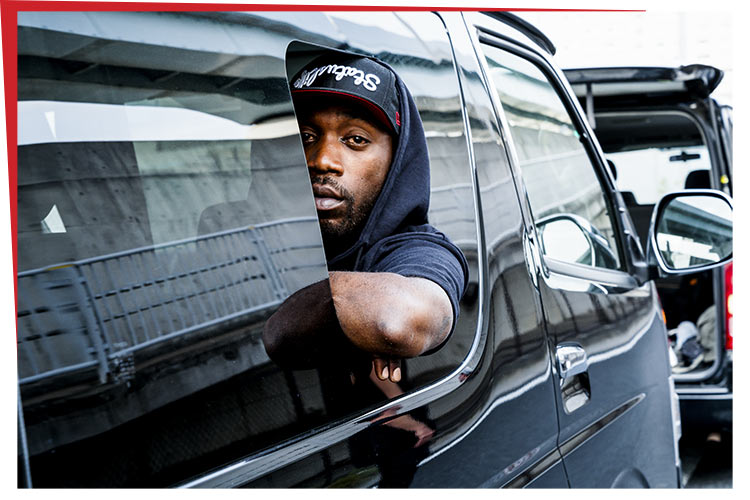 When Stevie Williams first told me about Asphalt Yacht Club, he used the phrase “from the streets to the yacht.” It was a slogan that personified what Stevie had done and what he wants for other skaters: he was a kid from the streets of Philly who turned his talent into an insanely successful career and now has the luxury of partying on yachts. This trip to Tokyo was no exception to this slogan. From days spent in back alleys and piss-smelling underpass spots to five-star dinners with the Tommy Hilfiger—rolled ankles and shinners to bottle service and velvet ropes. And while that lifestyle may not be for everyone, the AYC guys know how to have fun on a trip and still get it done in the streets the next day. 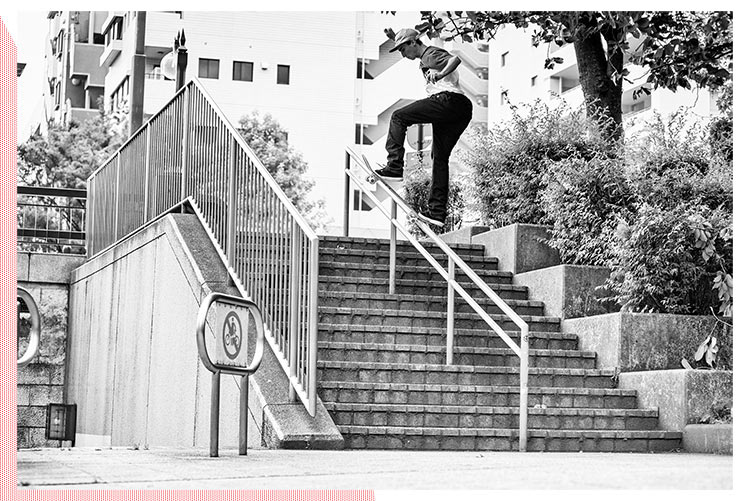 Our Japanese tour guide, Yuto, said, “Damnnnn Playerrrrrr,” about a thousand times day and he sure as hell said it when Paul Hart landed this frontside bluntslide to fakie 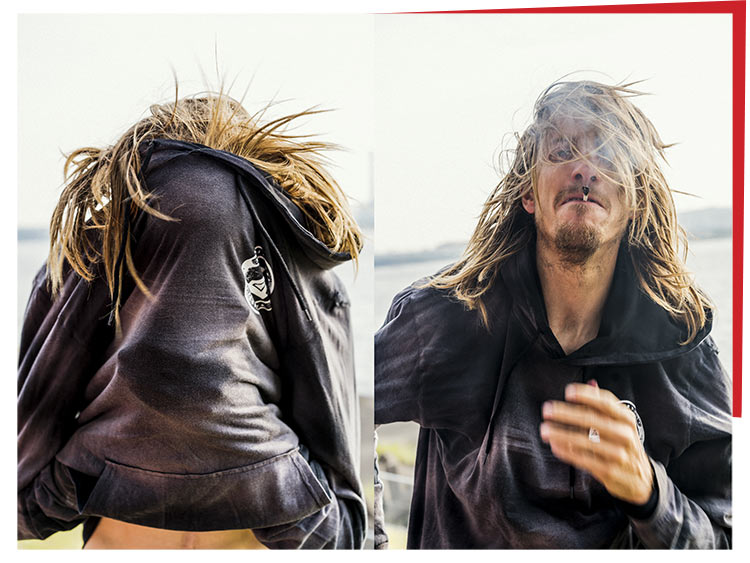 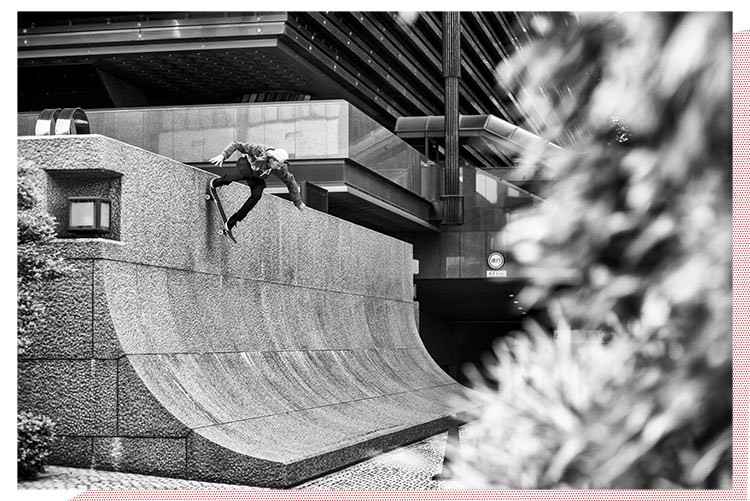 Jaws only got one try with this drop in because it’s at a temple that’s highly guarded. Right when we got out of the van a security guard came up to make sure we weren’t trying anything sketchy. We laid his fears to rest and when he walked away Jaws jumped up top. The poor guy ran all the way back to us just in time to see him roll away. We’re pretty much the worst people 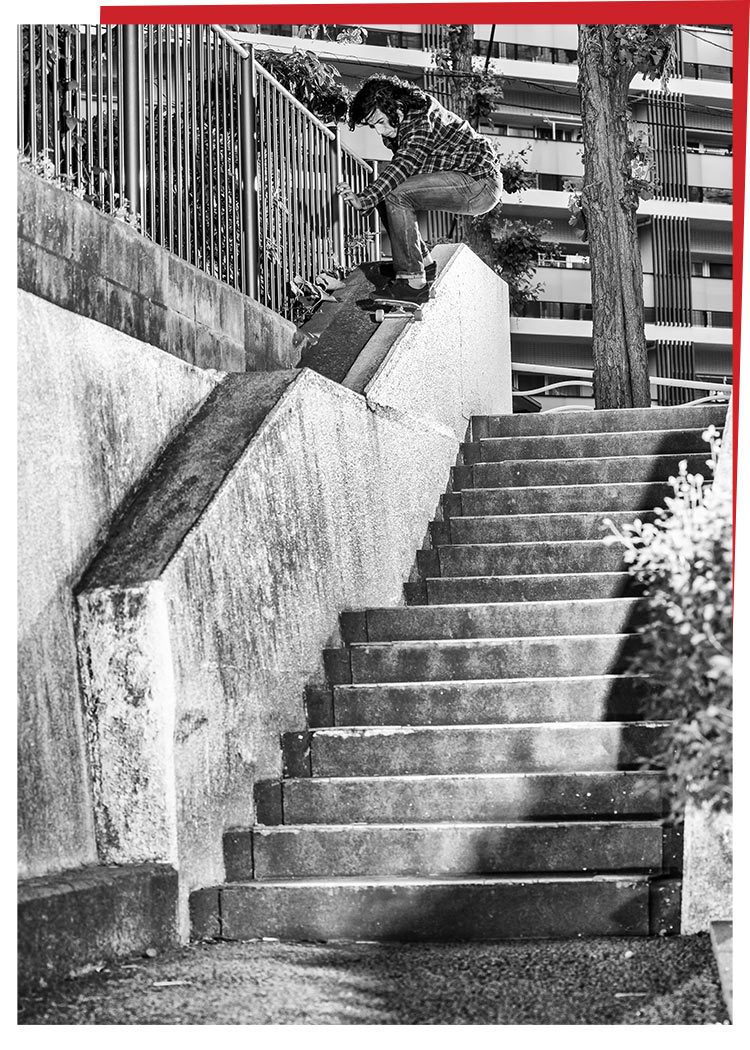 Cole Wilson 50-50d this hubba on his birthday. Normally after such a feat you’d celebrate and go to a bar. But Cole was already drunk so that seemed kinda like overkill 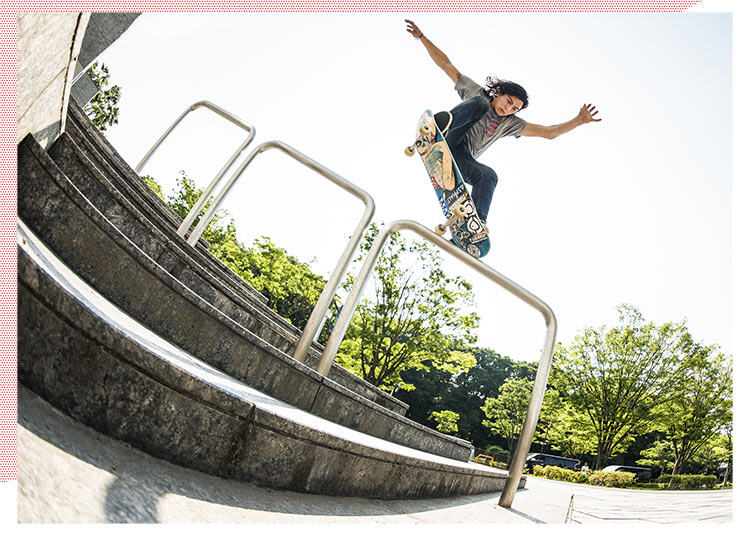 All the guys were getting down on this gap to rail. Cole alone did two or three things, this nose grind being one of them 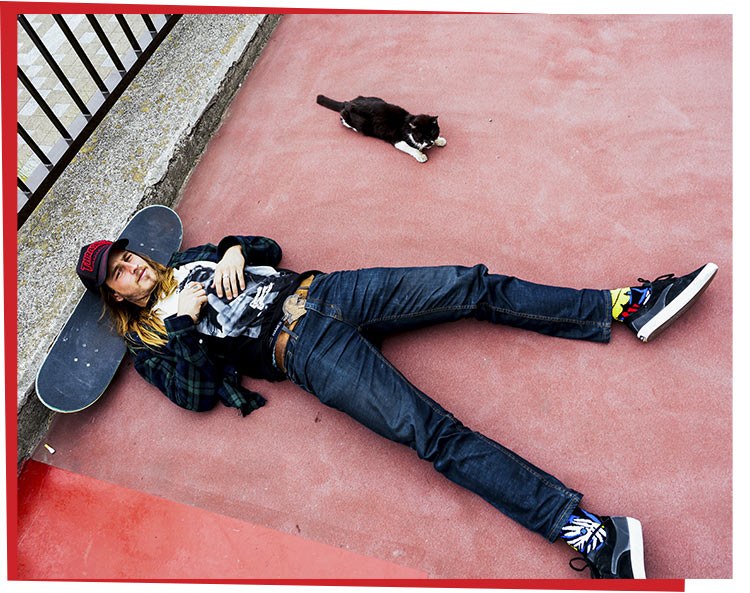 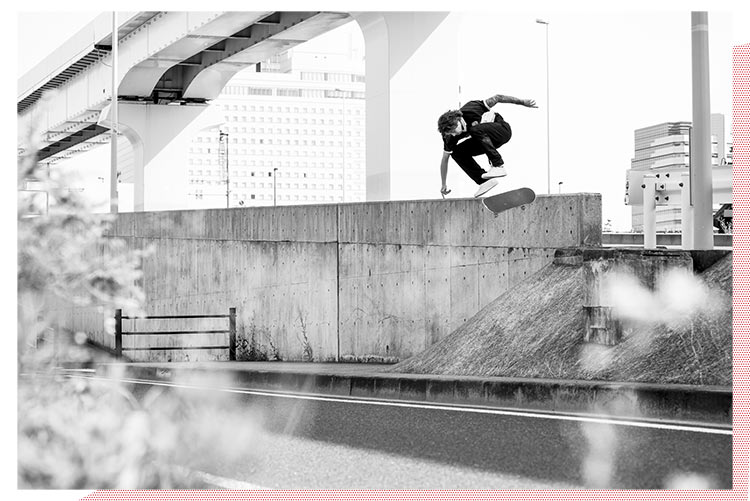 Yes, we went to this hip. Sorry—it’s just that good. That’s why everyone hits it and why most tricks here are ABDs. Of course Stephen Lawyer got a trick on it, though. Nollie inward heel 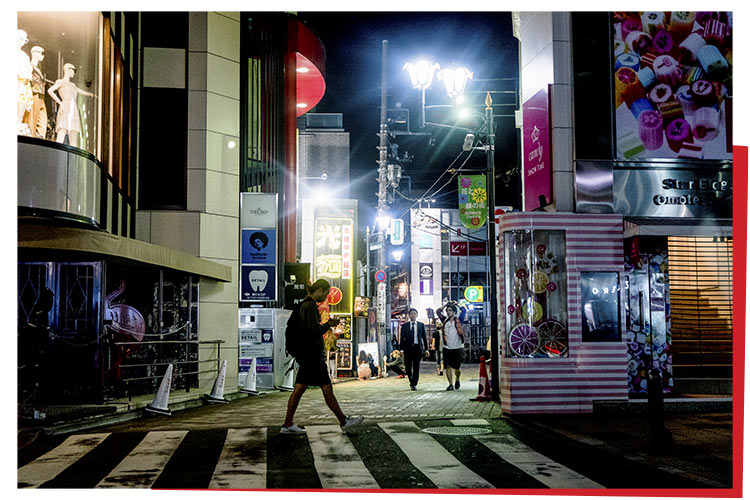 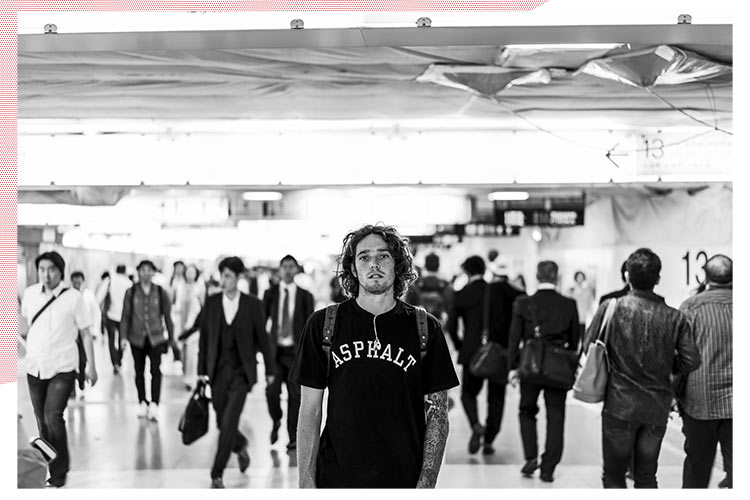 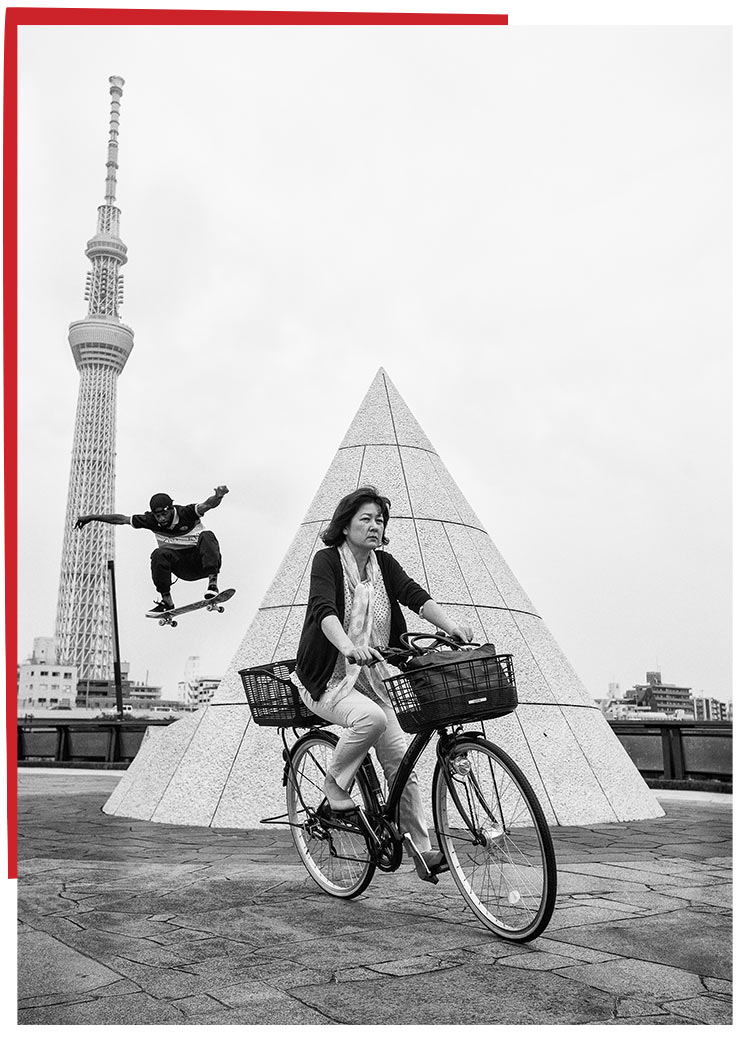 Every day of the trip we drove by this monument and every day Al asked if we could stop. On the last day we finally pulled over for him. Have at it, Al. Wallie 180 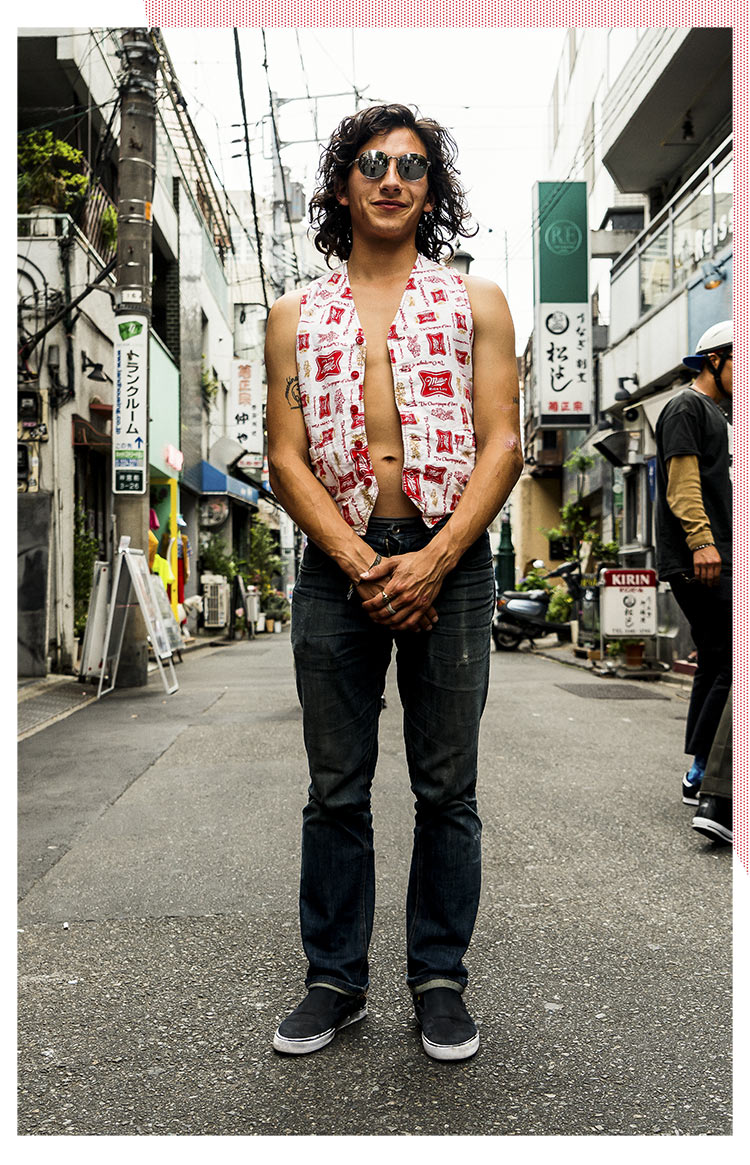 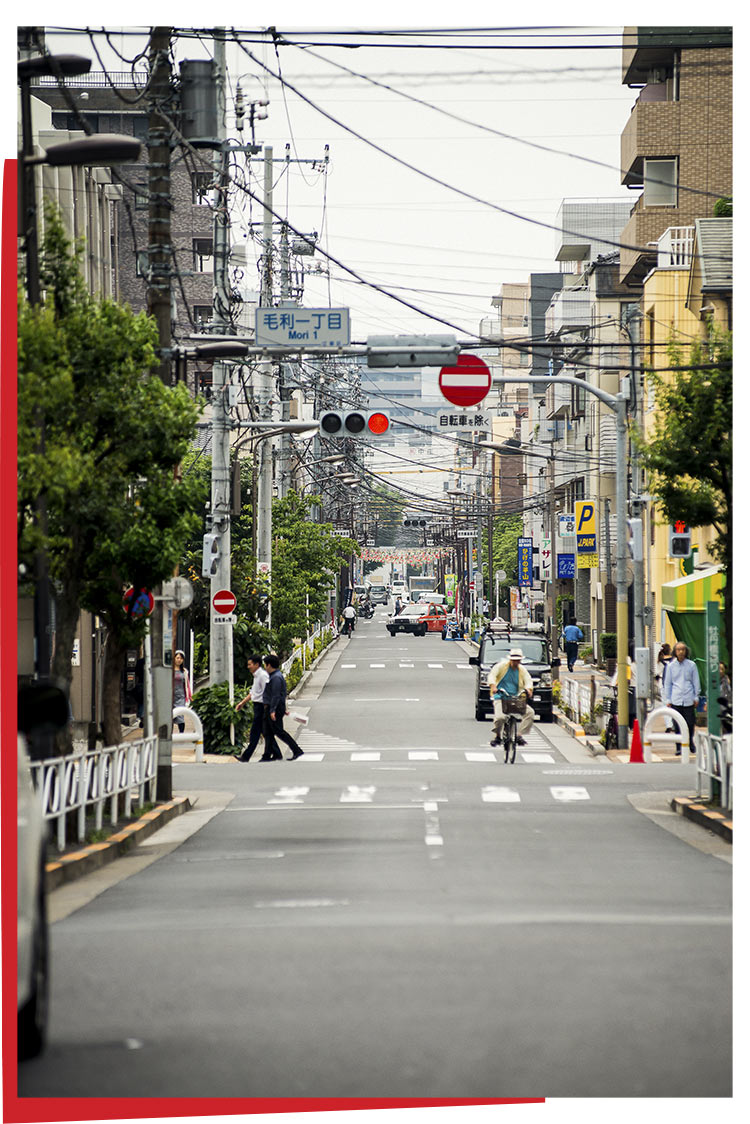 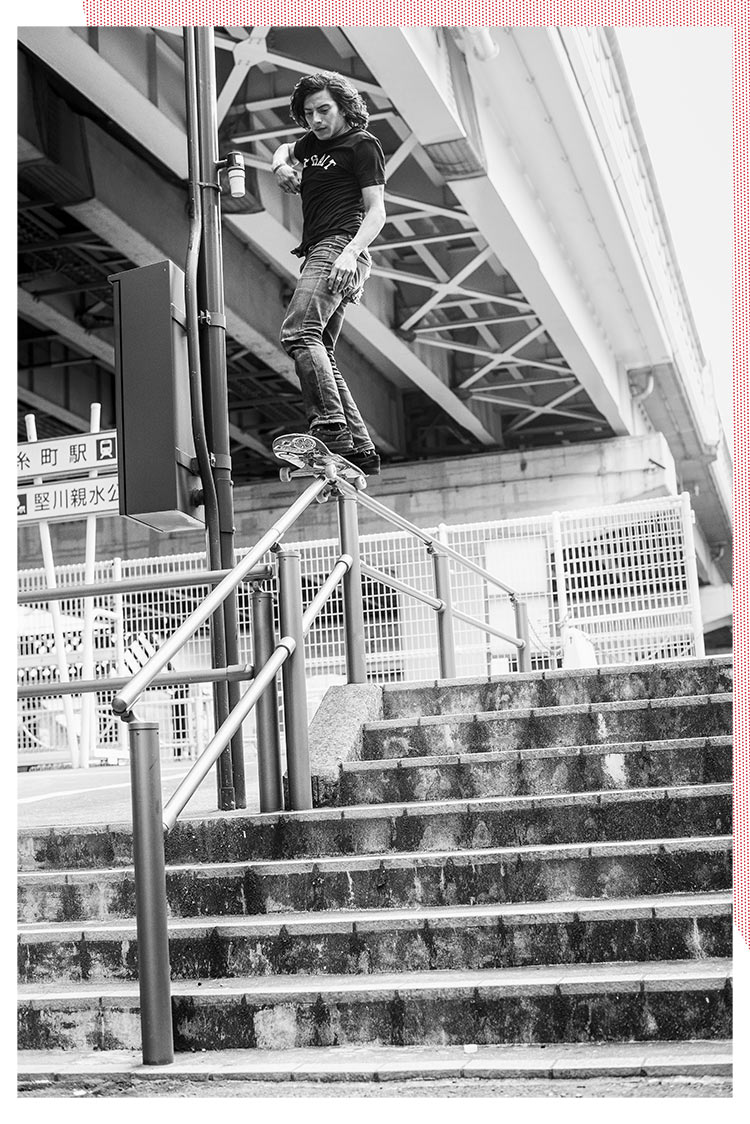 I was joking when I proposed this 50-50 to Cole: It’s tall, round, kinked and you have to bend weird to get past the utility pole. Apparently my jokes are a reality to Mr. Wilson 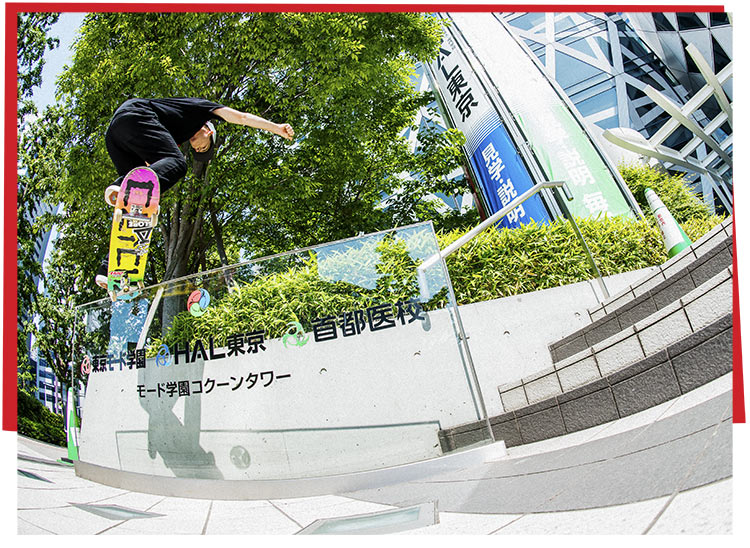 This place is normally crazy busy and getting a trick can be frustrating. Paul Hart took advantage of his jet lag and hit it up at 6am when it was calm and quiet. Early-riser front crook to fakie 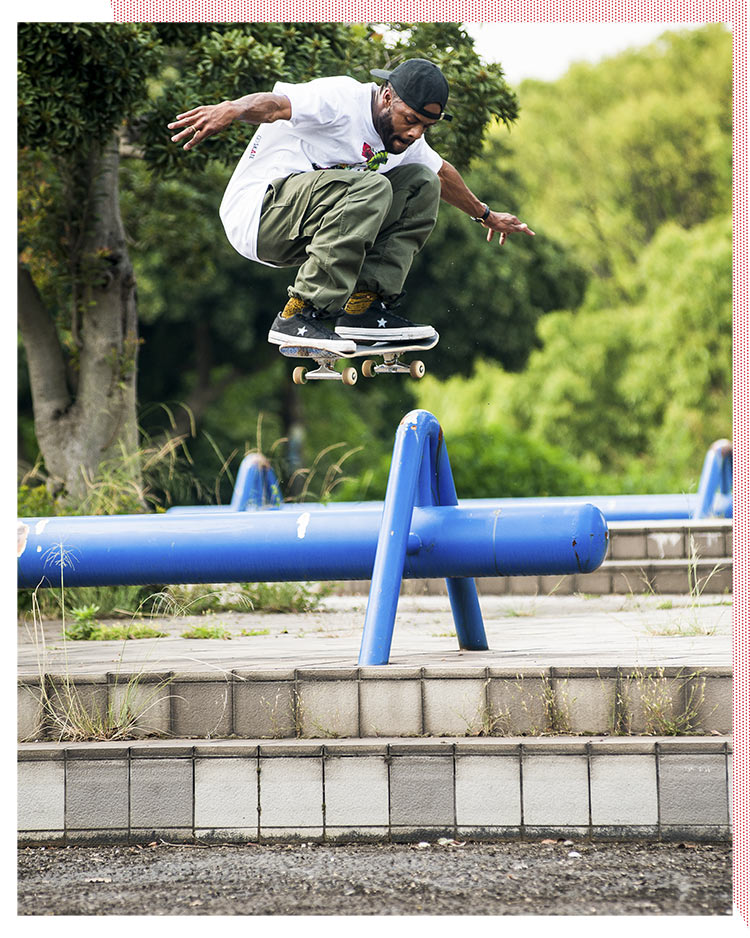 The landing at this spot was a muddy old fountain pond. One slam and it looked like you slid in doo doo. Al’s crispy white t-shirt speaks to his precision on this switch wallie 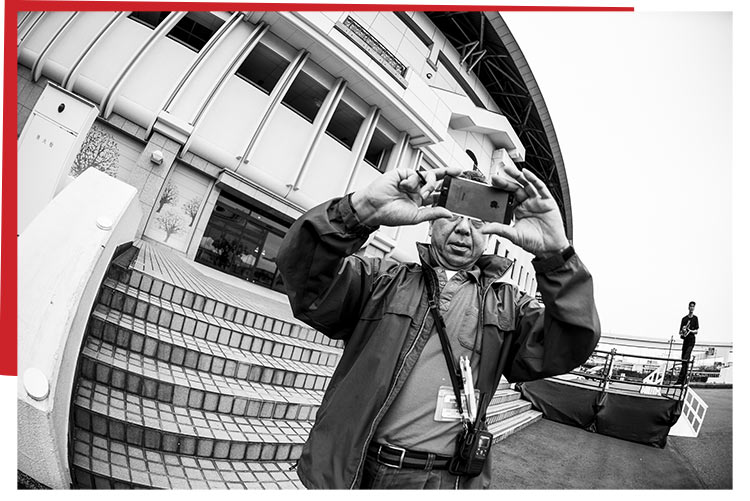 And we’re out. Arigato Japan!