So in case you haven’t heard, there’s a real and gnarly Texas Death Match going down in the political world. Democratic candidate Beto O’Rourke is vying for Republican Ted Cruz’s senate seat. Politics-wise, Texas is as red as a crimson highway or a devil’s rain, but Beto’s campaign is anti-establishment and relentless and hopeful. By almost every metric, his DIY approach has more in common with a punk tour than a race for a high stakes senate seat.

Punk? country? At least he can jam. Beto, on stage with Willie Nelson

Which surprises exactly no one familiar with Beto. He grew up playing in the punk band Foss, which was kind of shockingly great in a lo-fi all-hail-Fugazi way. He also grew up skateboarding. This came to the country’s attention about six weeks ago when a supporter handed Beto a Penny board, and the video of him carving around a Whataburger parking lot went viral. He’s goofy-footed, doesn’t push mongo and has a flowy surfer style. He’s articulate in both English and Spanish, thoughtful and inclusive and uncannily present and he’s possessed of an agile intellect and such rare and abiding integrity that he’s recently raised nearly 40-million dollars without a cent from political action committees, corporations or special interest groups.

Lest Thrasher’s Senior Political Correspondent be accused of not affording the incumbent senator equal time, here’s the skinny on Ted Cruz: He ran for President and was soundly defeated by then-candidate Trump who referred to him exclusively as “Lying Ted.”  During that campaign, Cruz organized a real-life nativity scene in Michigan, a pandering stunt that drew some awfully cool protests from The Satanic Temple of Detroit. Online, he ridicules skaters and punks and anyone who’s ever used the word “rad.” A widespread conspiracy theory suggests he’s actually the Zodiac Killer, which he probably isn’t, but in truth Cruz hasn’t officially denied it. In the looks department, he’s often and not wrongly compared to a blob fish.

I met up with Beto at a recent campaign stop in Corpus Christi, Texas, at Del Mar Community College, the motto of which is Dreams Delivered. The whole Penny board thing had been bothering me, so I brought him a legit set-up. When I suggested he skate onto the stage to start his speech, Beto’s handler laughed uncomfortably, then sternly and emphatically mouthed, “No.” 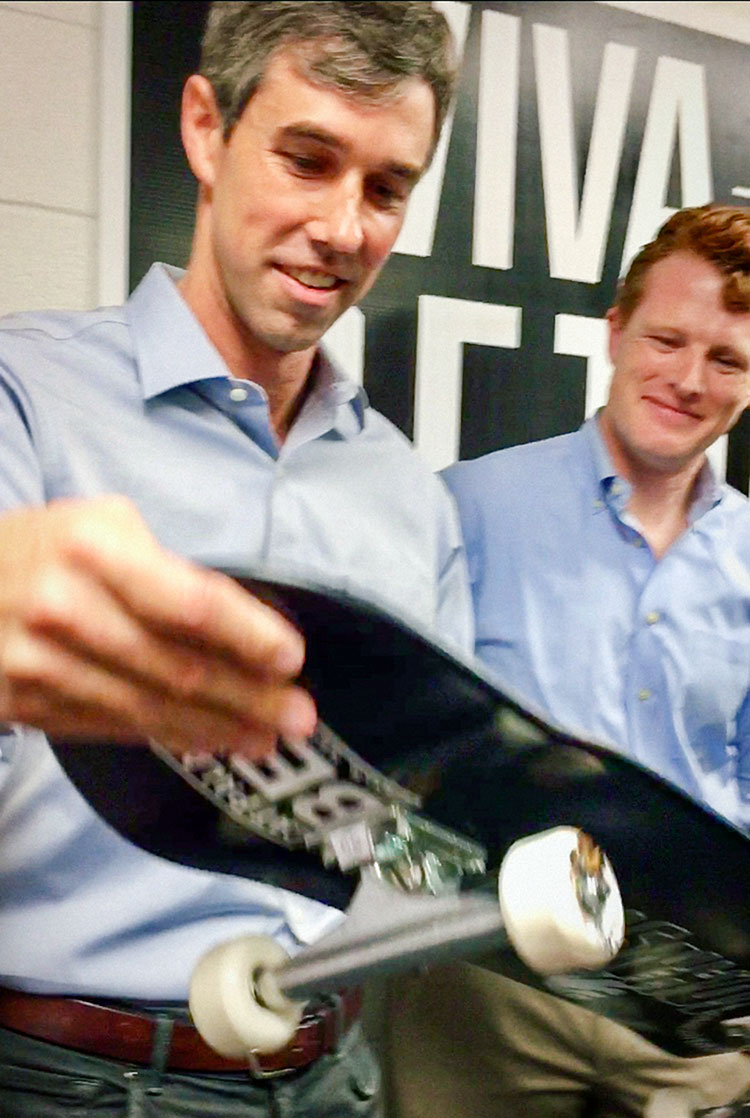 Beto: I’m doing it. I’ll ride past Joe Kennedy and act like I can’t stop. He’ll try to hug me and I’ll just keep going. It’ll be funny.

Handler: What if you fall?

Beto: I might. It’ll be part of the story.

Stage Manager: Will the tires mess up the stage?

Thrasher: Not at all.

Beto: I’m just going to sail past him. He won’t know what to do.

Beto: Totally. Totally. Only it’s not going to be any good compared to others out there.

Cruising on stage to take out Cruz

What was your first board?
Beto: It was my birthday in sixth grade and my dad bought me a Powell Peralta Tony Hawk skateboard with this pizza griptape. I rode it to school at Mecita that day. It was just the most liberating feeling of my life—to be on my own and free and skating down those streets.  I was never a good skater, but I loved having a board and getting around on it. I loved the culture. I loved all the music associated with it.

So you were hooked right away.
Totally. I was reading Thrasher in sixth and seventh grade. I remember, and I still have it at home, I kept it, the issue with Glenn Danzig on the cover. The Misfits had broken up and he’d started Samhain*, and I read the interview with him and I was just fascinated. I loved it. 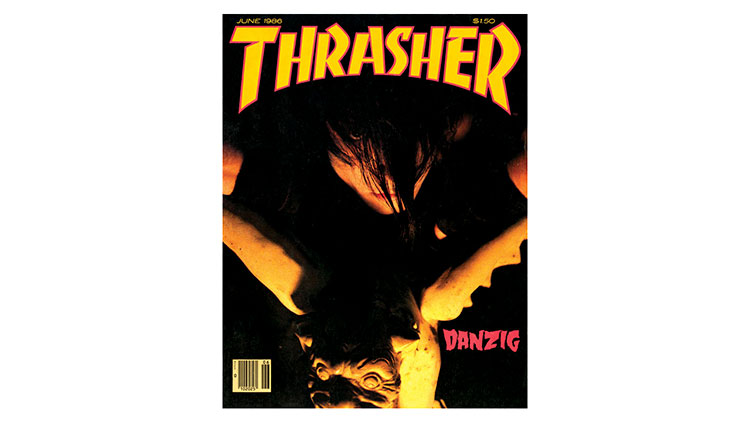 How has your history with skating and the punk scene influenced your work in politics?
Skating, punk rock, doing it yourself—no one defines the rules or opportunities or the limits of what you can achieve.  You come up with your own stuff, tell your own story as honestly as you can, and listen to others. And, yeah, there’s something very DIY about what we’re doing right now with this campaign—all of us piled into a van and traveling the state of Texas. We’re live-streaming every single moment of it. No DNC. No political action committee. None of that stuff. Just people. There’s something so powerful in that. It may or may not be reflected in any of the polls, but we feel it. We feel it everywhere we go. You’re about to feel it right here in Corpus Christi.

With that, he put his front foot on the board, pushed twice, and cruised right past Joe Kennedy. In technical terms, the capacity crowd at Del Mar Community College went "ape shit". Beto didn’t fall, and he looked cool and composed in his crouch. He looked young and excited and relevant. With some luck, he might just skate to a win in the November election. Get out and vote, y’all.  Dreams delivered, indeed.

*He pronounces Samhain the proper way. 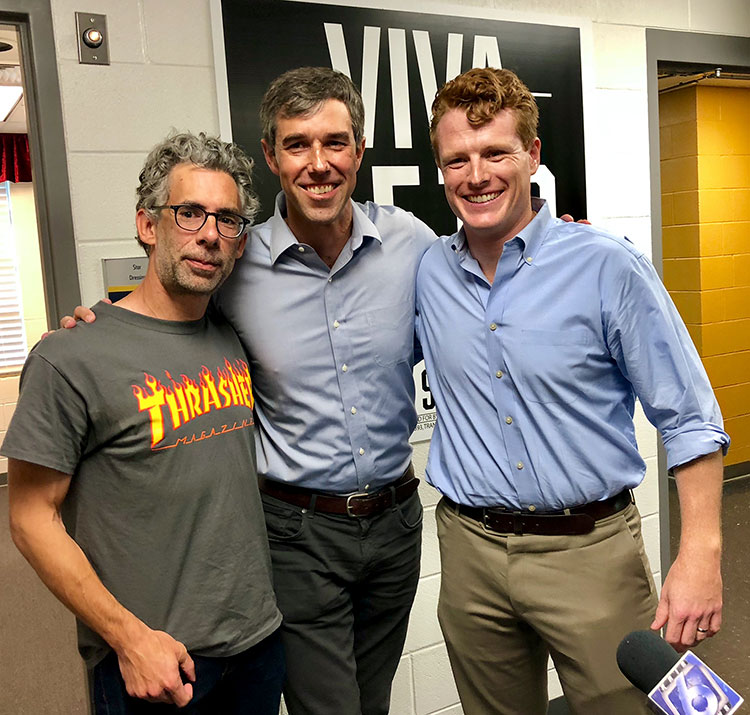 Our senior political correspondent mugs it up with Beto and Joe Kennedy
© 1981–2022 High Speed Productions, Inc.