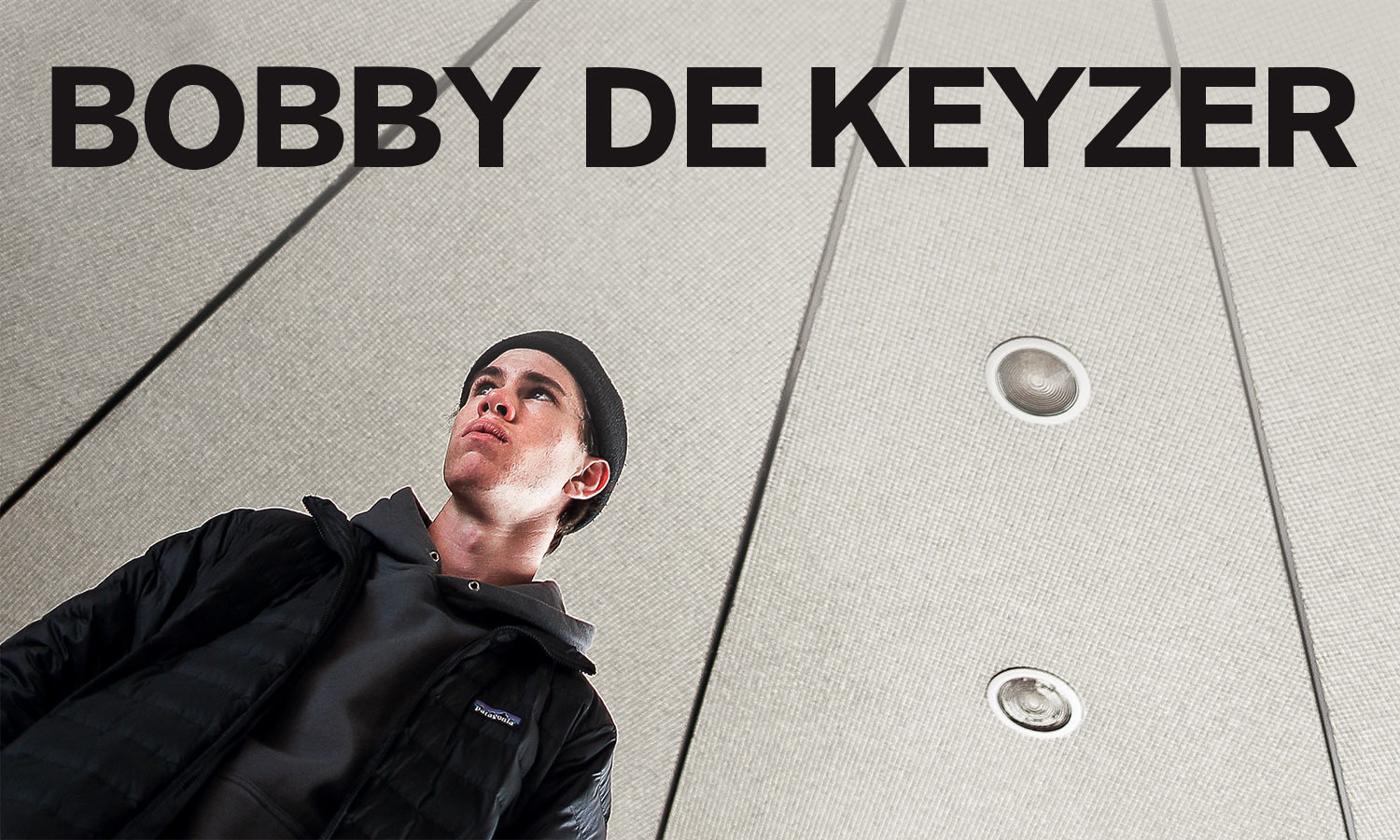 Is Canada cool now? What’s going on?
Yeah, I feel like living in Canada, especially Toronto, is way more accepted. It’s the Drake effect. He kinda put Toronto more on the map.

You grew up outside the city, right?
Yeah, my parents live, like, 45 minutes east of the city.

Is there any reason that Toronto wouldn’t have gotten the recognition it deserved other than the fact that it’s in Canada? It seems like it possesses all the attributes of a fine international city.
I mean, yeah, it’s a pretty cool city. I love it. It’s weird that it took this long to kinda pop off. Maybe Canadians are just a little behind on things. We’re all wearing proper clothing now instead of massive t-shirts and shit. Maybe the Internet helped us get up to speed.

Switch back lip to frontside shove it. Sequence: Jivcoff

So as far as your skating goes, are you looking to maintain a professional career from Toronto as opposed to moving to California?
Yeah, for sure. I’d like to be in Toronto for as long as I can. It seems to be working for now. I think it’s refreshing to see skating filmed and shot in other places, getting to see guys putting out parts in their home cities as opposed to everyone filming at the same famous spots in California.

Does it help that nowadays all you need is a filmer and you can crank out video parts that come out almost immediately and get seen by tons of people?
Yeah, without a doubt. I mean, skating is hard out there in California, hearing, like, “Oh, the new dude who’s coming up already has done this trick on the new ten block,” or whatever. I hate hearing that. It doesn’t motivate me at all. In Toronto it’s nice to not think about that and just ignore more things.

Was there a point where you felt like you were gonna be forced to move?
Not really, because I haven’t really been fully sponsored as a skater for that long. I kinda figured that Habitat wouldn’t really mind that I would want to live in Toronto and stay here. I’ve gotten the vibe that as long as I can stay productive here there’s no need for me to move.

So, your dad is a very accomplished blues guitarist. I read a quote from Bob Dylan saying that if your dad had been based in NYC or LA he’d be world famous. That’s high praise.
Yeah, he’s a really hard-working guy. He still plays shows almost every night. He loves what he does, so in a way it’s really similar to what I have with skating. He really pushes me and respects that I’ve found something that I love. It’s rad to see how motivated he still is. Most of his gigs are at night, but when he’s at home during the day he’ll still be playing non-stop, practicing, recording, playing for fun.

Has your dad ever asked you to skate to one of his songs?
I actually did when I was really young, but it was because the guy editing the vid was a big fan of my dad’s music. I didn’t make the call myself. Maybe when I’m older I’ll ask him to record a song for me that would go well.

Has anything changed in your skate routine now that you’re a sponsored am? Do you feel like you pick battles more? Or are you still just non-stop skating?
Nah, I’d say I skate a little bit less now. I just came back from Europe for a while and now that I’m back home, I’m relieved that it’s snowing. It feels like I’m on vacation. I’m not stressed about trying to go skate as much as I was as a kid. Now I just skate when I can and when I want to. Things move so quickly nowadays: people are constantly putting out stuff. Sometimes I feel like I gotta keep up, but that pressure usually only gets to me on trips.

Is it starting to feel a bit like a job?
When I’m on trips for sure, but when it’s summer in Toronto I don’t feel any pressure at all. I’ll skate a park till like three in the afternoon and then maybe go skate street and film, if I’m feeling it or not. Being at home keeps me grounded.

When did you first get sponsored?
I was super young, like maybe nine or ten. I got sponsored by an indoor skatepark that I went to every single day.

When you’re a kid it’s like you don’t really have a say in who sponsors you. No kid is gonna turn down free stuff. Then when you get older you can choose the companies that fit you.
Yeah, I’m honestly against sponsoring kids at a young age. I was pretty young and I was, like, “Whatever,” it didn’t get to my head too much, but I see younger kids now that are skating a bunch and, like, people get really excited about it really fast. And then they’re, like, “Oh, we gotta start giving this guy shoes and boards.” Maybe slow down on that and let him find what he likes. Kids are so impressionable. I know when I first got sponsored I was definitely saying yes to whatever. I skated for Element for, like, eight years. I was obviously super excited and I still think it’s sick but, like, I don’t know. If I were a team manager or something I would make sure if I were to sponsor a kid that this is really a company that they're backing, something that they really support. 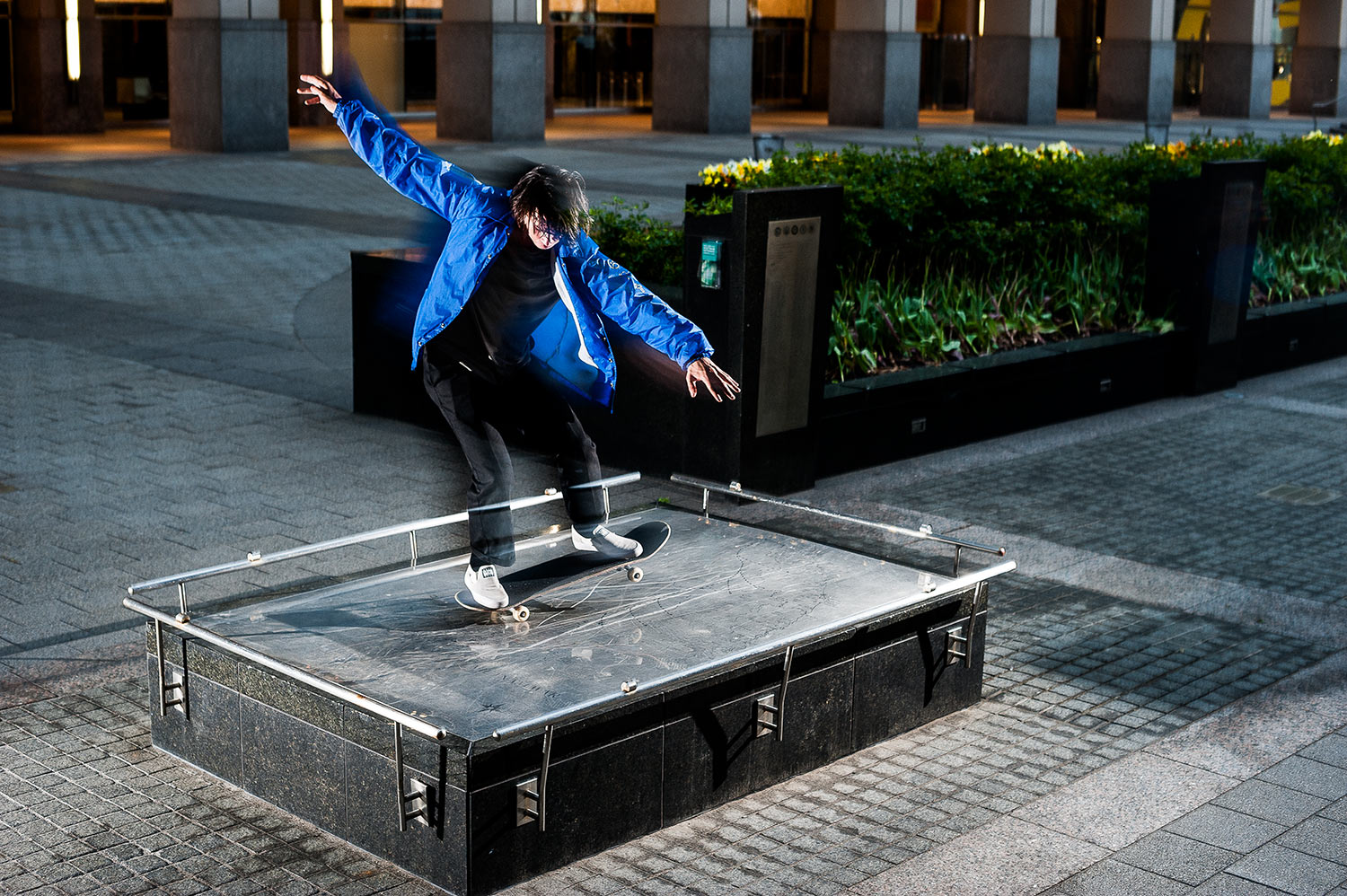 How were you able to find what worked for you? We operate in a very youth-oriented world, and kids who aren’t old enough to legally drink or vote need to make business decisions about their skate future.
It wasn’t easy leaving Element after so many years. I mean, they took me on trips, the TM knew my parents, but the good side of it is when you get older and grow into yourself mentally and physically you’re able to make your own decisions. You need to realize what is a good fit, and you don’t want to string a company along if you’re not really into it anymore.

Do you have a top-five Canadian skaters list? Maybe some guys that never got the credit they deserved.
I don’t have a top five, but for sure Russ Milligan.

Yes! I love Russ, he’s one of my favorite people and skaters ever.
He had an amazing run at it. He was able to live in SF for a long time, which is not easy and it’s expensive. At the same time he was way ahead of the game and I think if people really recognized his skills he’d still be getting paid to travel and film. But I think he’s stoked now, living in Toronto and doing the design stuff, so that’s cool.

On the topic of Canada. Did you ever have a huge t-shirt phase?
Oh, for sure. I definitely wore clothes that were way too big up until around age 14. I was highly influenced by guys like Grant Patterson.