Catch up with Brandon Wesgate in this interview about filming for Zoo York's, King of New York.

When did you start coming to New York to skate?
I started coming when I was in eighth grade. I just remember skating around with Steve Rodriguez through the city pushing my ass off because I was terrified of not being able to keep up and getting lost. Back then I didn't have a cell phone.

How long did you have to film for King of New York?
I filmed for three or four months after the Emerica video came out. I got stuck on the frontside flip a bunch and had to keep coming back. The bump is horrible and the ground is even worst.

Did you go right into filming this video after Emerica's Made?
I took a little time off. I rolled my ankle toward the end of the Emerica video, so I wanted to make sure that was good. It sucks trying to push that. 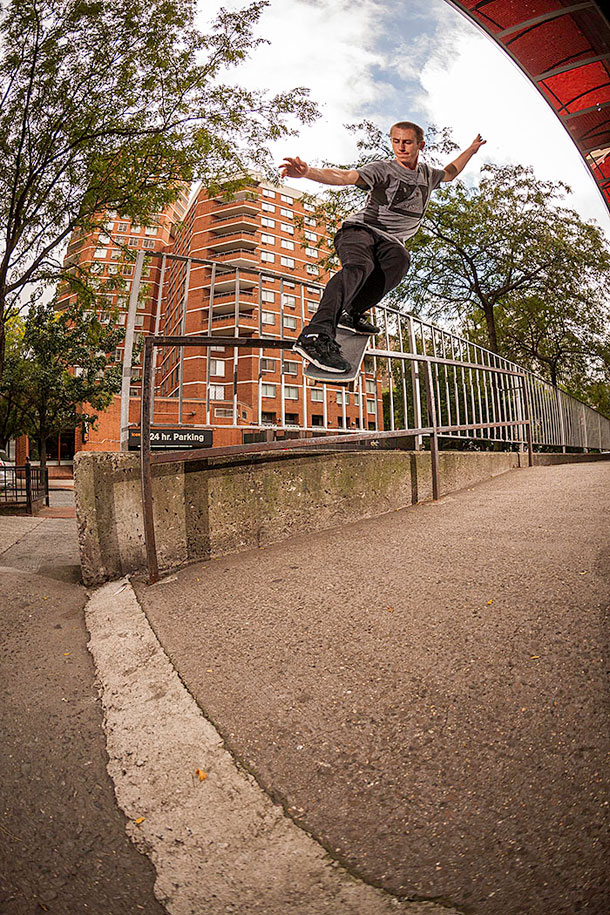 Were you happy with how it turned out?
Yeah, I was really happy with how it turned out. RB nailed the filming and all the city shots. The rest of the team I think captured New York perfect. Lots of night skating and lines. New York is one of the toughest places to skate and I think everyone showed what New York skating is. Just meeting up and skating around and filming what you find. I would say the highlight for me was just shredding in the freezing cold at the end of the deadline. We were all out there freezing our asses off. At the end of one day it started snowing. You can't tell how cold it was in the video, but everyone was out there fighting through it. It was brutal, but that's what the East Coast is about. Get what you can in before everything freezes.

If you have to pick a favorite trick by a teammate what would it be?
Kevin Tierney’s noseslide pop over. He slid forever and hopped over no prob.

What about you? What trick were you most hyped on getting?
I was most hyped on getting the frontside flip. I went in a bunch. It was something that should have been so easy, but the ground and the bump were so hard to figure out. It drove me nuts. I seem to always get stuck in my head trying something and I never wanna try something else 'till I get it. 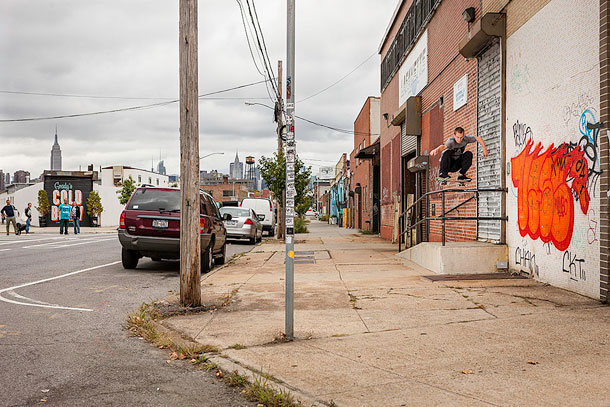 After the TRUE EAST video came out, there was a lot of talk about a flatground halfcab flip you did. People were really stoked on it and made it into gifs on message boards and stuff. After this video came out, people were really hyped about a flatground nollie flip you did, posting it on instragram and commenting on it. Does stuff like that surprise you?
Yeah, it's a trip when a flatground trick that's easy gets people stoked more than things I killed myself for (laughs). It's cool though when people recognize and like stuff like that. Makes me wanna work on my flatground game. I do the same thing though. All of Ishod’s parts that just came out get me super hyped. I watched them all a bunch. He just has a cool unique way of doing all his tricks. I like his style. 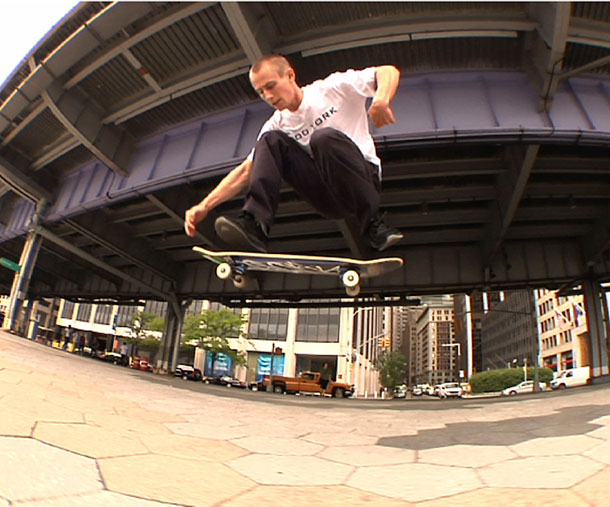 Tell us about the lipslide at the end?
Cronan showed me it. It was his old bank. It was hard. It was way more curved than I thought before trying. I got it the same day I tried it, but I ate shit a bunch, missed my pop once and landed right on my chest on the rail. It was hard to bail because the rail turned right were I would normally jump off. Almost sacked it. But the worst was once when I took the corner I was leaning to far back and slipped back smashing my hip and foot into the ground it hurt and scared the shit out of me. We went on a Sunday thinking it would be closed, which it was, but the ATM was open. I ended up waiting so long for people, a few times I almost got the door opened on me. After I got it, I just drove straight home sore. 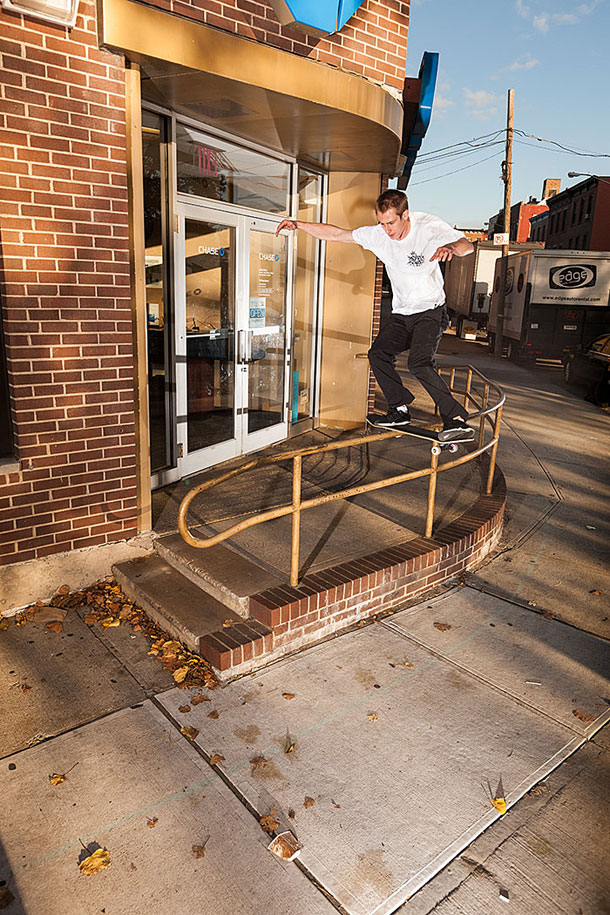 What about the worst thing?
The worst thing about New York skating is there are always so many people in the way or yelling or watching and everything is rough or has something wrong with it.

What's next in 2014?
I'm starting to work on a Real Street part and I'm not sure after that. Probably start another part. I wanna try and do an all Boston part because I live so close and there's some good stuff there.
© 1981–2022 High Speed Productions, Inc.