Bronson's "Into the Pit" Article 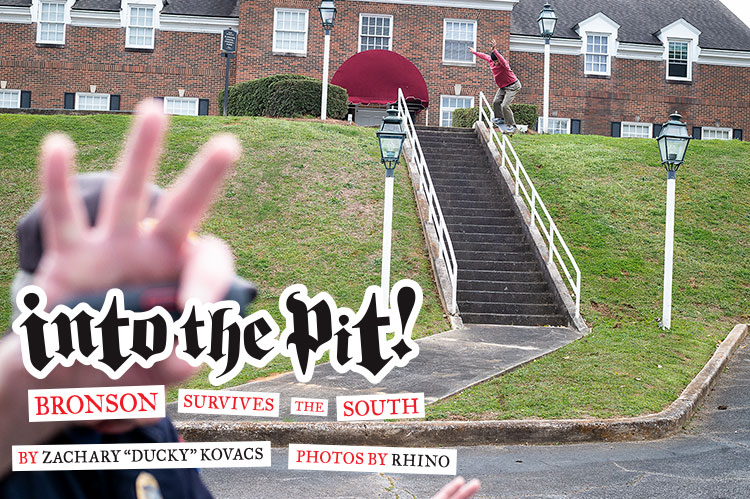 Security wasn’t too stoked but the funeral home director let us skate as long as we left him a good Yelp review. Congrats on 50 years in business, Elmwood’s! Ducky, backside 50-50

"Y’all don’t listen! I said get the fuck out of Tallahassee!” We had encountered the same female cop twice during our visit to Florida’s capital city and she was pissed. It was not surprising, though. After cutting off skate stoppers, sparking fireworks, getting buck in Chick-fil-A drive-thrus, yelling at frat bros and sorority sisters and skating churches and schools until three in the morning, we were definitely burning the candle at both ends. The van was packed with a heavy crew: Pedro, Clive, Foy, Alexis Ramirez and Winkowski. We had explosives, Bondo, lights, a generator, ample road sodas and we were stoked to brush off the dust of Tampa Pro (as well as the glitter of Mons Venus) and nothing could stop us. It was time to sprint through the South, fueled by fried chicken in search of big terrain! 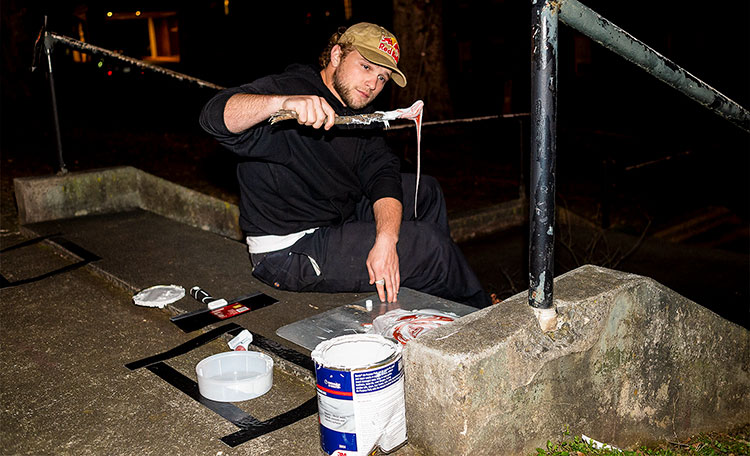 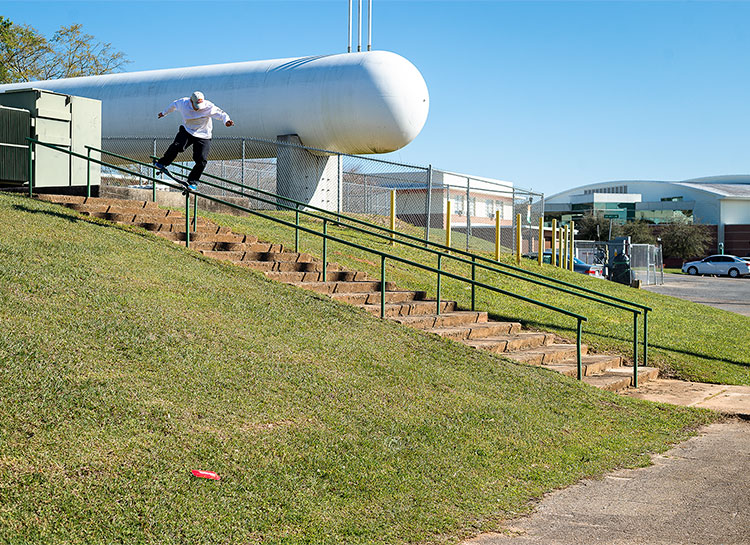 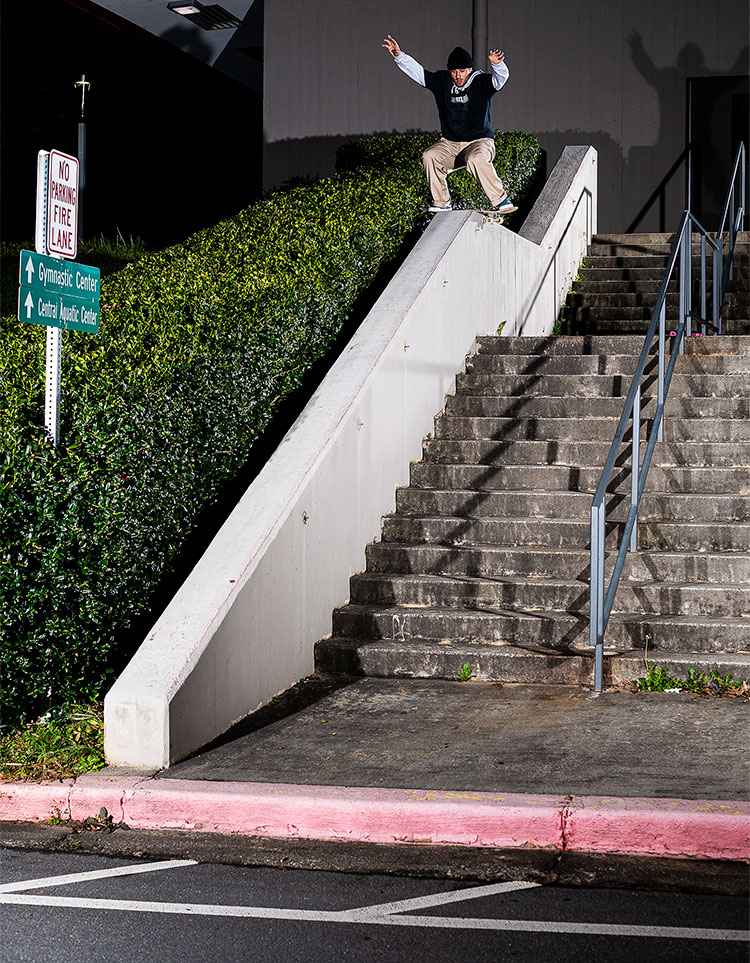 No boardslide is too brutal for Delfino. He landed this one as the cops were rolling up. You can’t kick us out if we’re already leaving 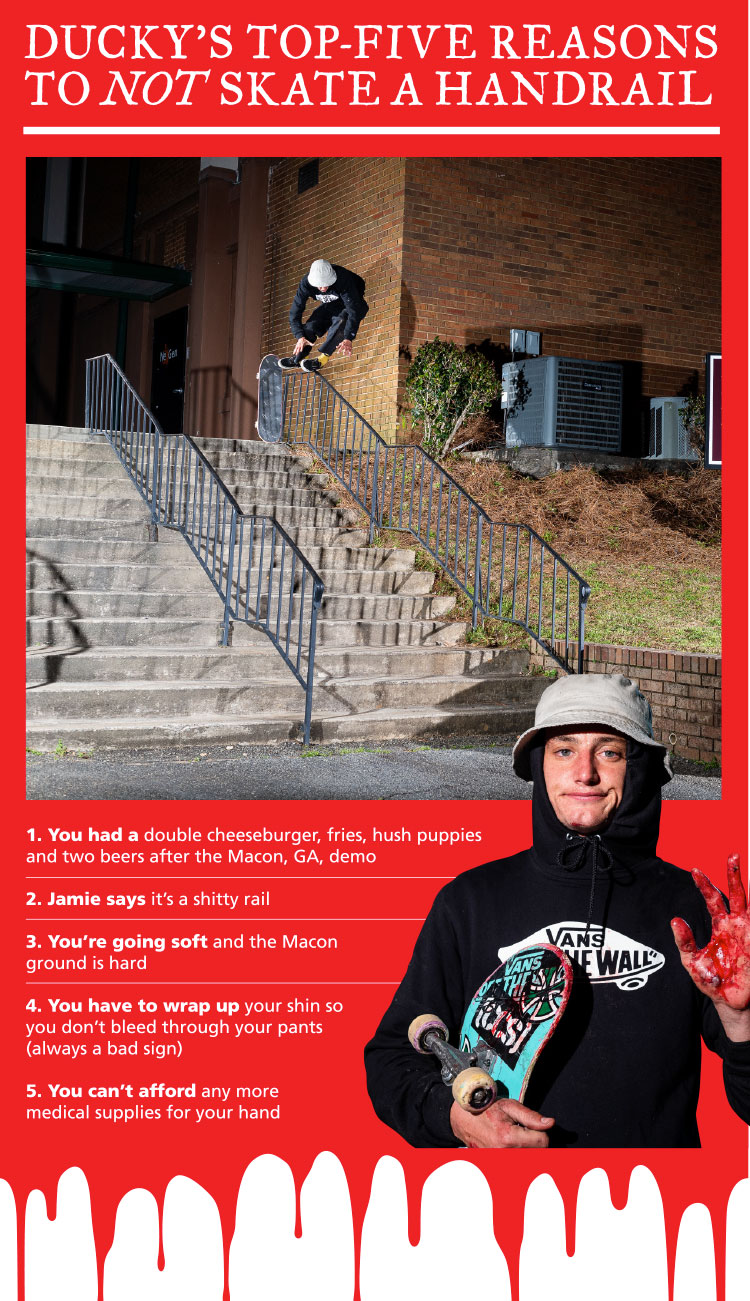 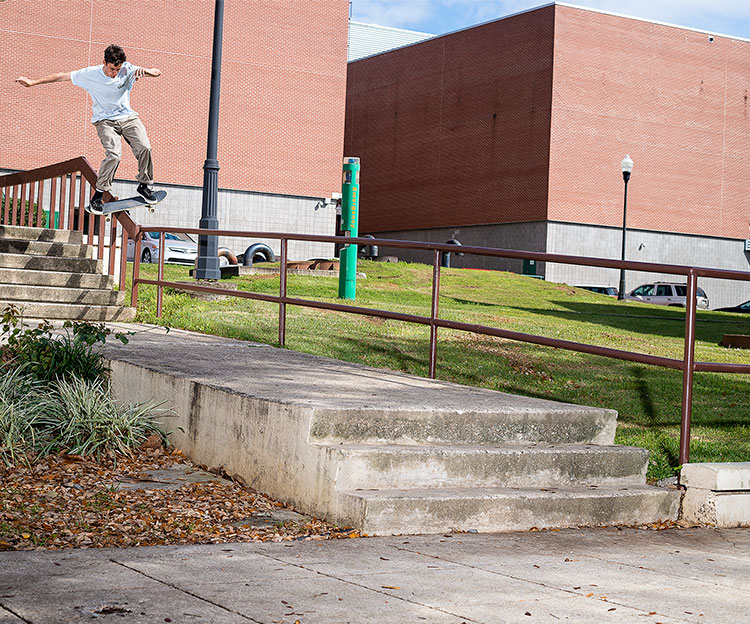 A busted shoulder, sliced ear, bloody palms—and not rolling away! I went down hard trying to not go soft. I hate to leave business unattended, but I was not coming back for that one. Macon did me dirty. They boys reluctantly convinced me to light a mortar off in the parking lot, which raised my spirits a bit. We continued to blow shit up—stoking the fire—and then it was time to pile back into the van and roll out. With Four Lokos and Smirnoff Ices in hand (none for the driver, duh), we hit the road. Flashing lights soon flooded the vehicle. We had a quick run in with a highway patrolman who pulled us over for speeding, but he let us go. Must be an Indy fan. God bless him. ‘ 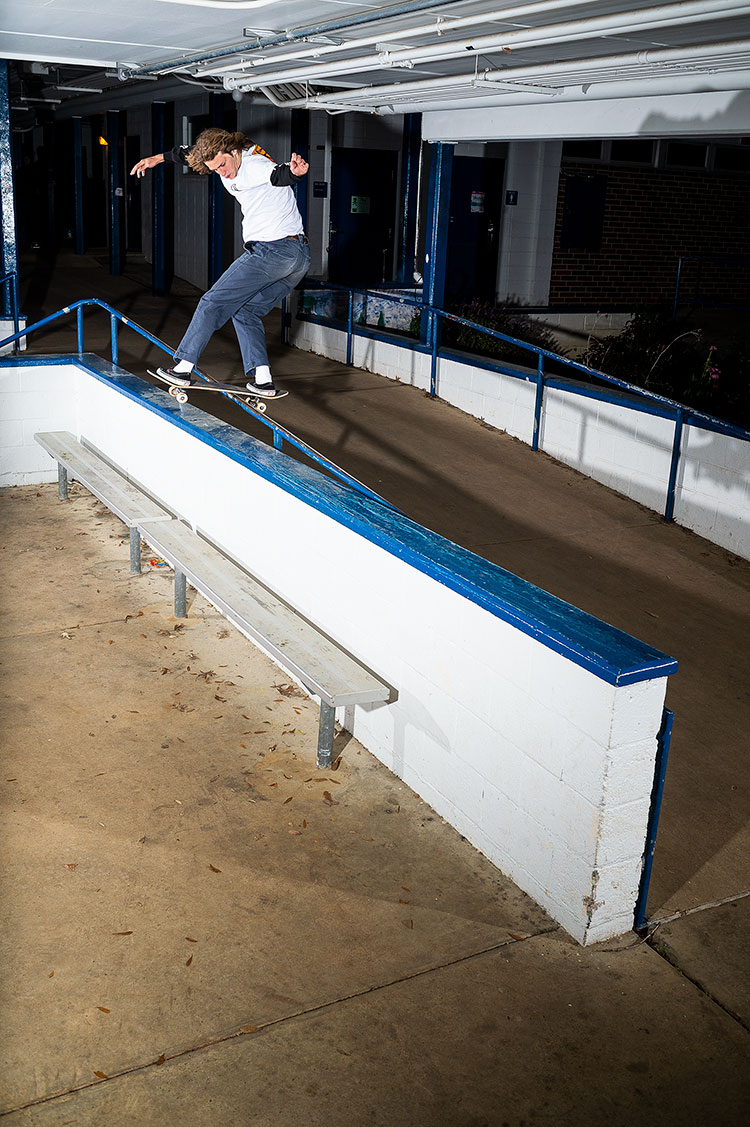 Axel, rail-to-ledge front board while Winkowski sleeps on a bench around the corner. Power naps vs. power moves 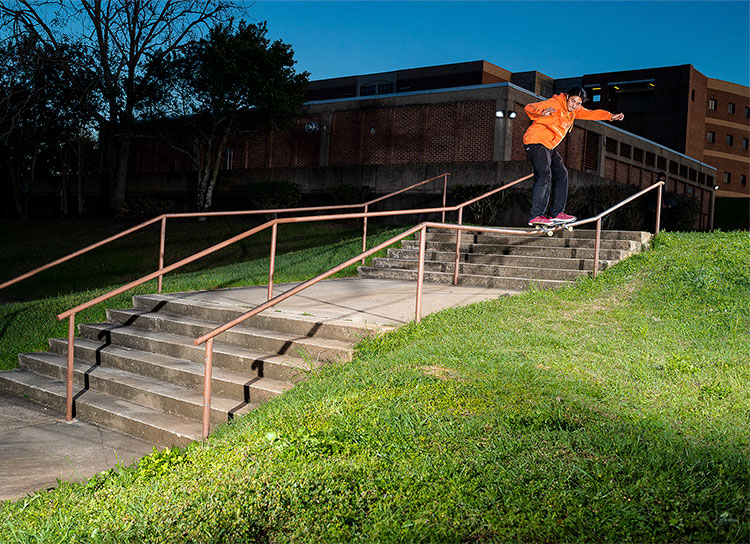 Alexis christened this virgin rail with a brutal sack. Then he got back up and laid down the backside 5-0—definitely not going soft 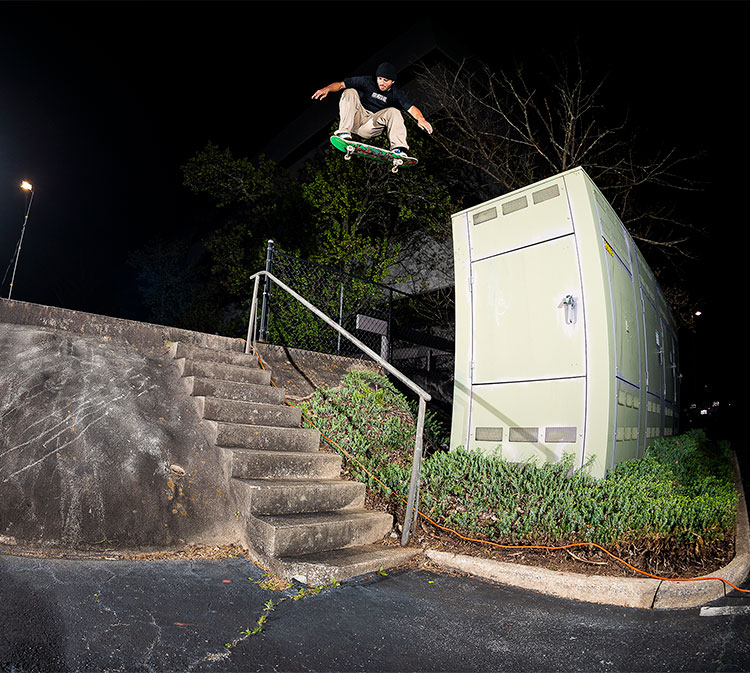 Out of the pit, into the fire! We all saw the line but Pedro stepped to it. Ollie into the bank 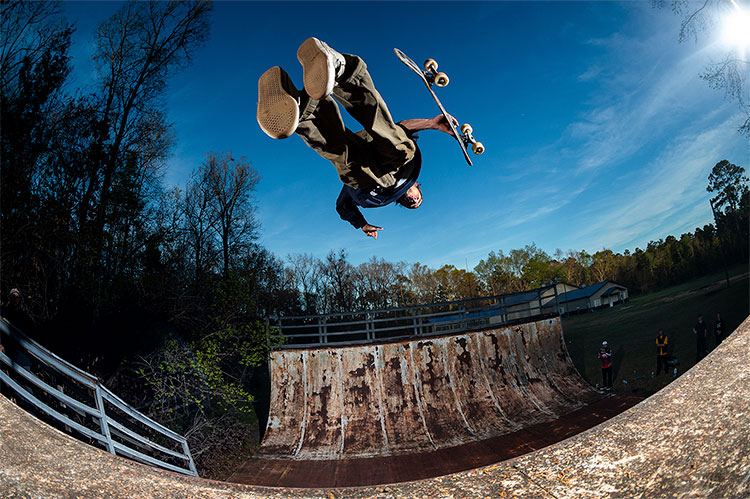 Everyone was fired up for Atlanta. Well, everyone except Pedro, Rhino and Big Boy Foy. They wanted to save their energy. The crew that really went spent all their dollar bills on strippers and drinks. Out in front of Magic City (look it up), a homeless guy snatched a $20 bill from Clive and things escalated quickly. They say nothing good happens after midnight—and they’re right. Some of the guys went back to the hotel, but I was on a mission to have some Kelz Kitchen. My thoughts: chicken wings and fries at 4:30 am would ensure I was feeling good the next day. I had a long night paired with a rough morning and pulled it, but I think a big chunk of our crew was going soft in the ATL. You can’t say you visited the Dirty South if you didn’t get dirty. 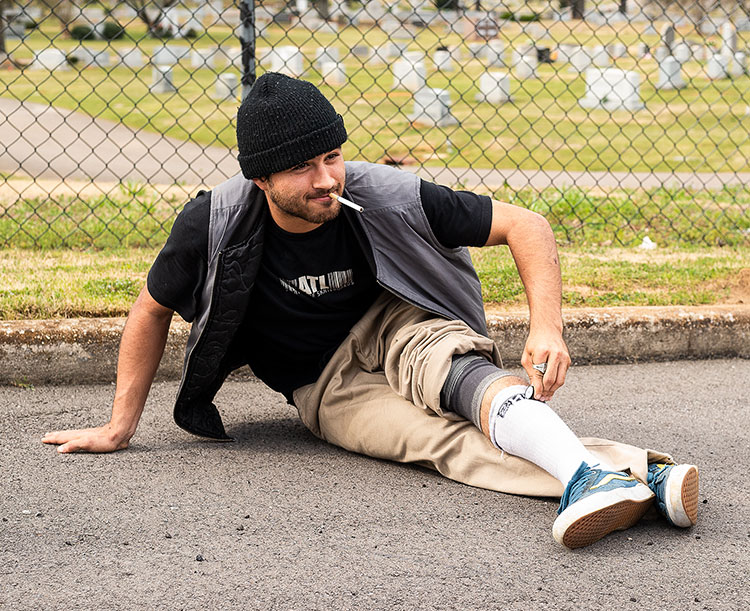 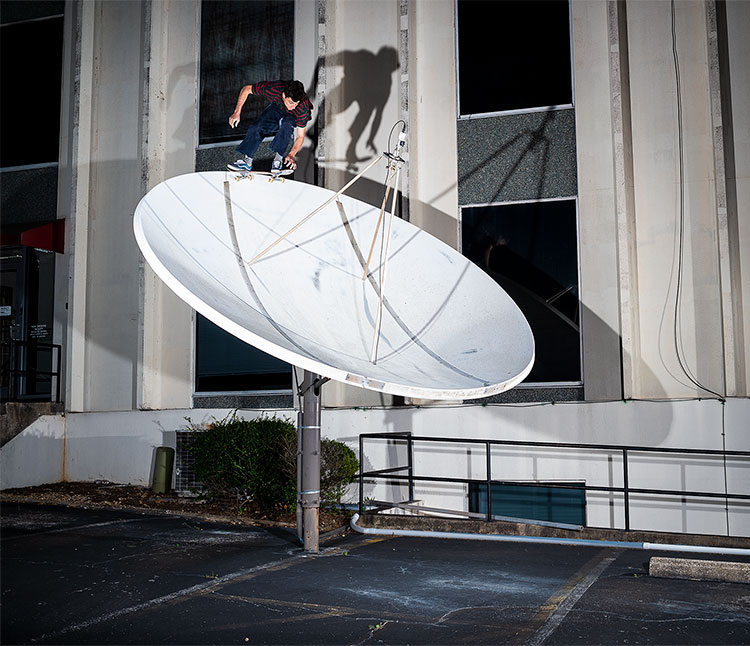 Fuzzy reception? You might have a Duck on your dish. The author drops into the danger zone. Side note: Ducky literally shit his pants trying this 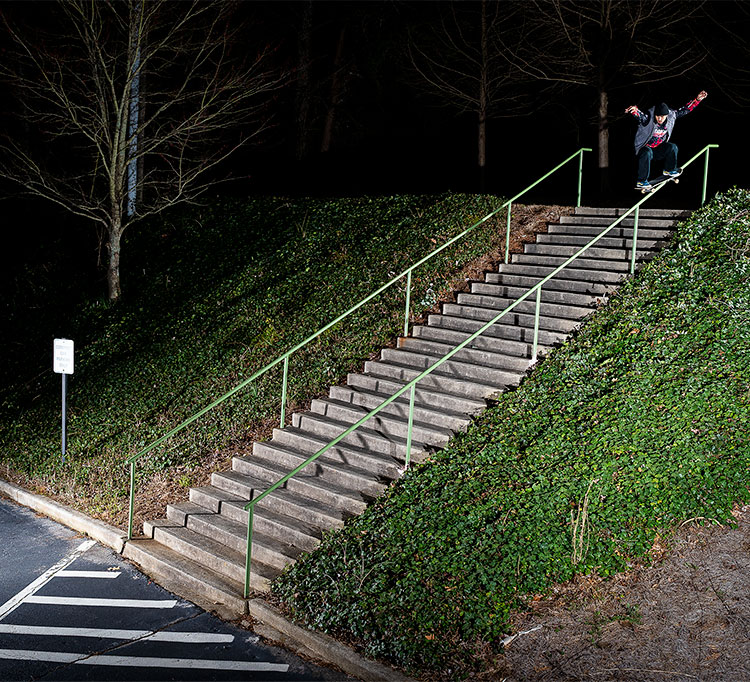 Delfino straps into a monstrous 28-stair 50-50, let’s see you Fishbrain that 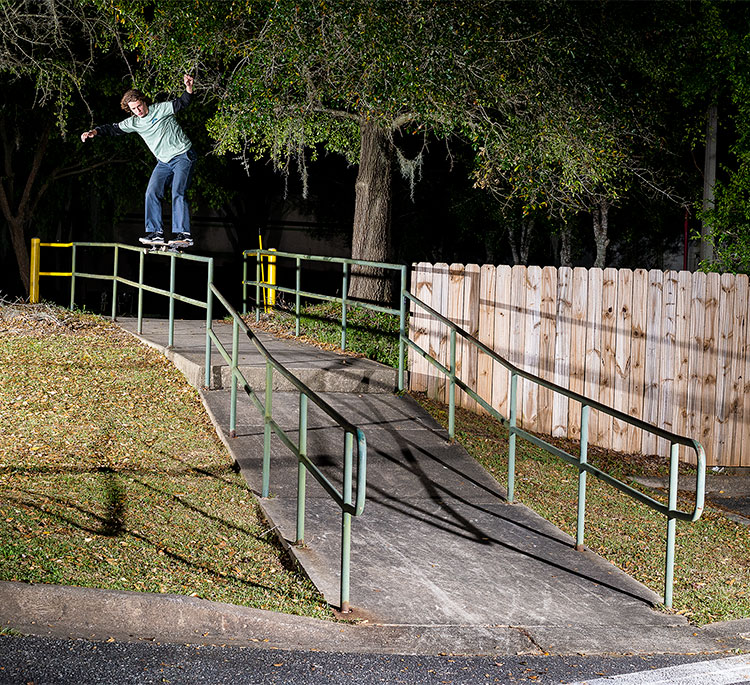 Birmingham is home to a lot of heavy things: heavy terrain, heavy history, James Hardy, heavy-up-and-coming skaters and the haunted Sloss Furnaces. In the early 1900s, James “Slag” Wormwood was the foreman running the graveyard shift at Sloss. Under his watch, 47 workers lost their lives—ten times more than during any other shift in the history of the place. In October of 1906, Slag mysteriously plummeted into the pit of Big Alice, the highest furnace at the plant. His body immediately melted! He had never set foot on top of said furnace during his years of employment, and legend has it that he was fed to the melted ore by disgruntled employees. To date, there have been over 100 Birmingham police reports of suspected paranormal activities at the site. We hit it up and it definitely felt haunted as hell. Going “into the pit” became a negative mantra for us on the trip, something one should avoid at all costs. 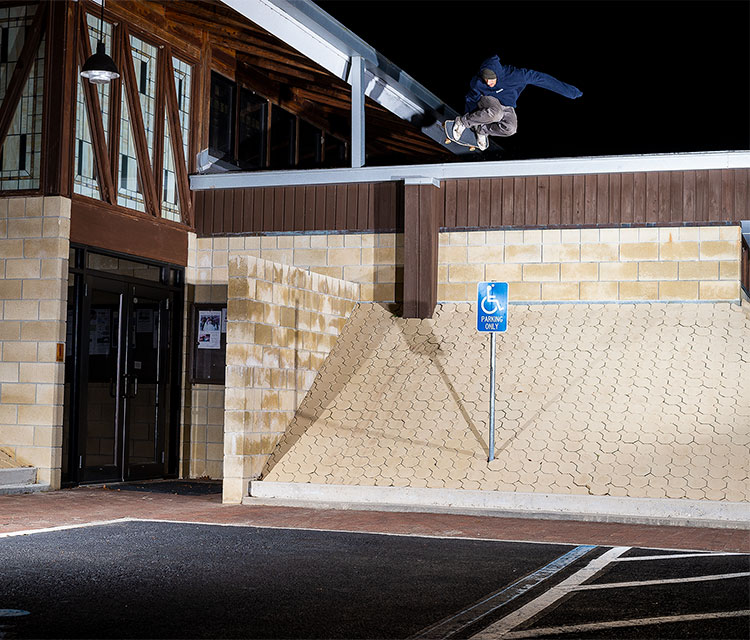 Add “Up On The Roof” to the playlist. Winky takes it to the bank on the night shift 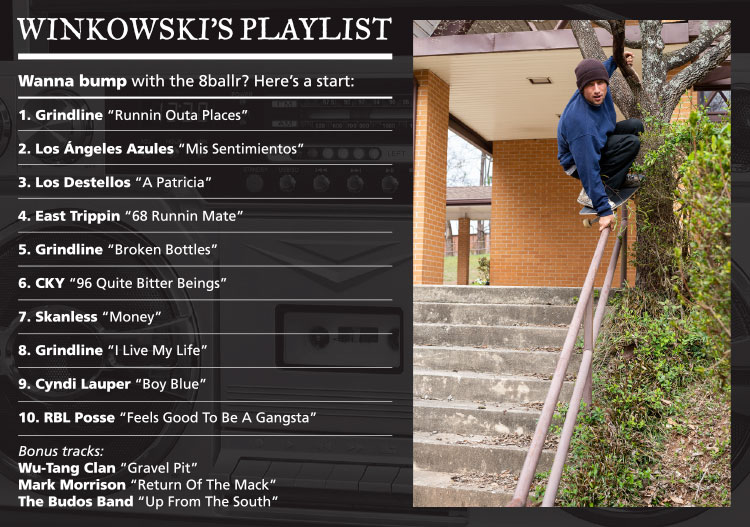 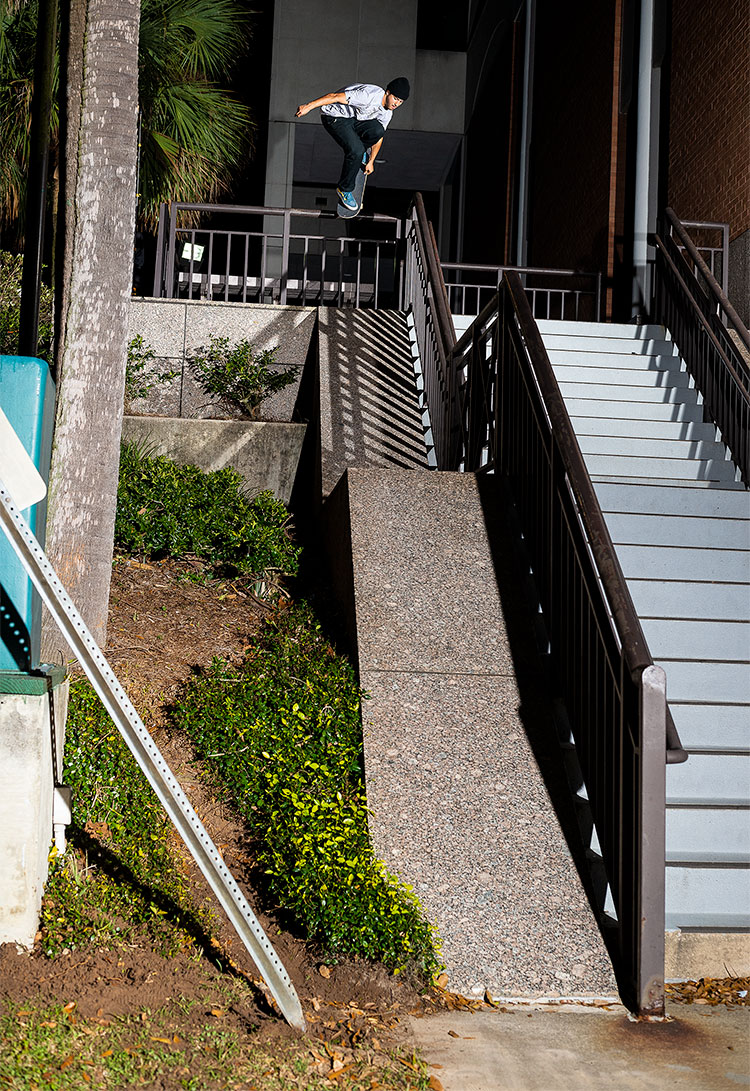 Tallahassee was flat but Pedro needed speed! He got his fix with this dump truck 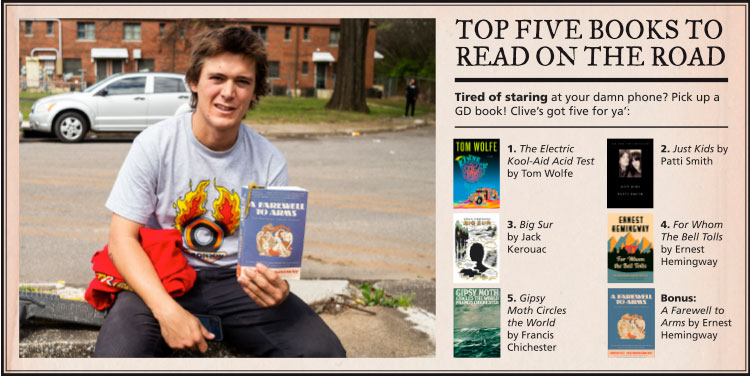 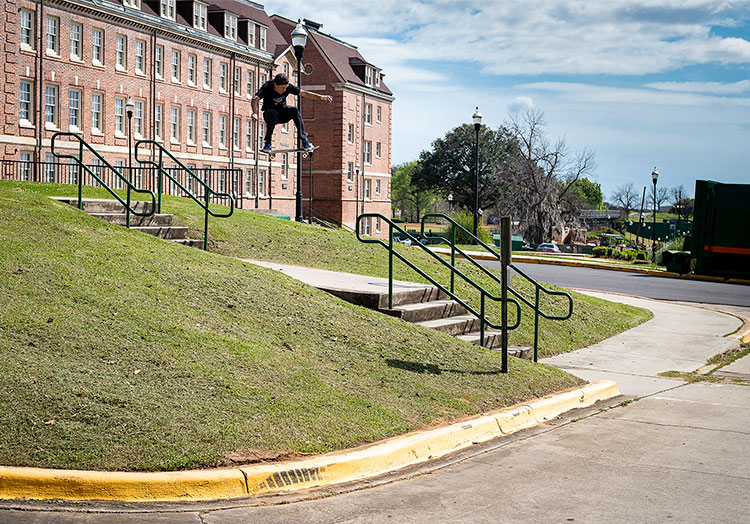 He’s in T-Hawk’s flock so you better believe he can fly too! Clive, double-set ollie in FL

We ended our trip at Elmwood Cemetery & Mausoleum in Birmingham, luckily needing nothing they offered. Despite all of the hairball shit we pulled, we escaped The South needing no chapel services. We avoided the pit on this mission and weren’t looking for a group rate on a six-foot hole in the ground. Battered and bruised, we retreated to our individual homes to lick our wounds and gear up for the next excursion. Just remember: the pit never sleeps! But we’ll be ready. Cue the Bad Brains. 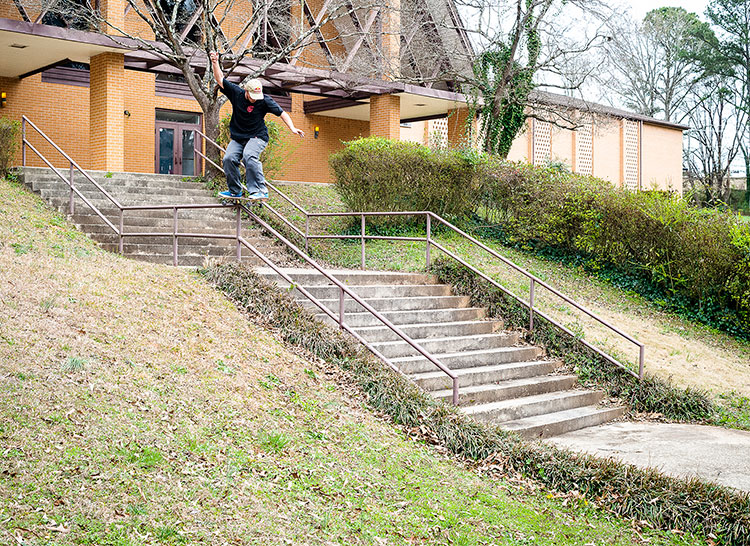 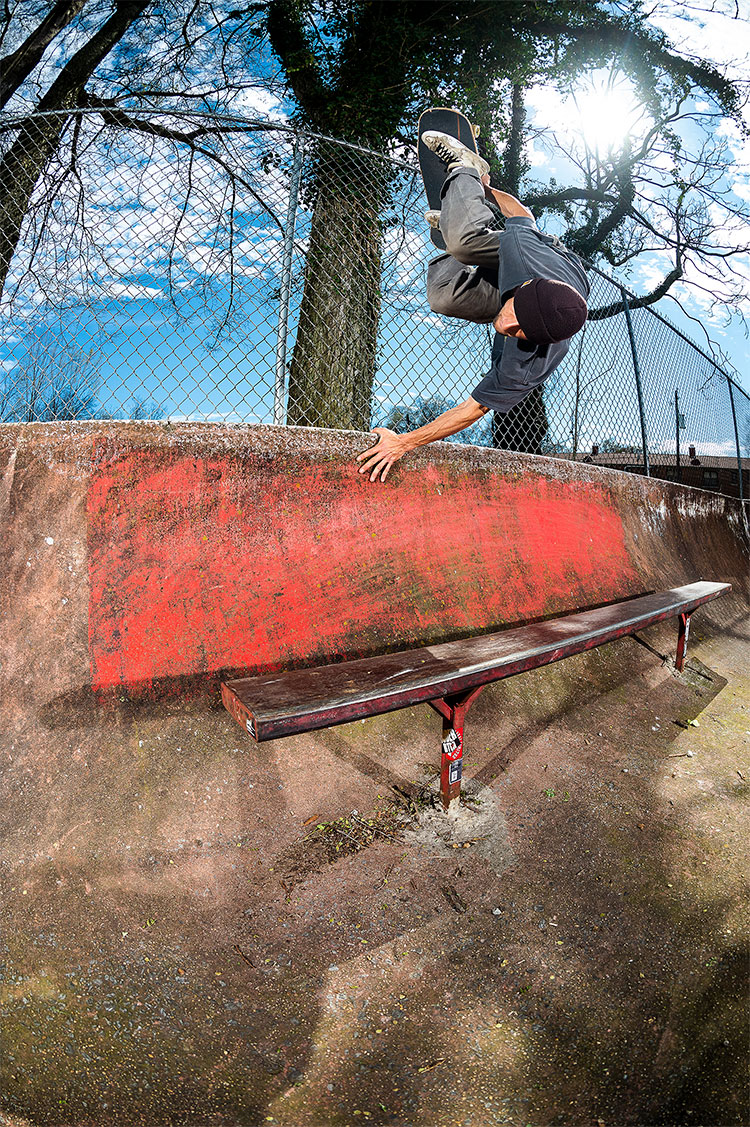 Erick, Andrecht over the bench. The pit stood no chance! 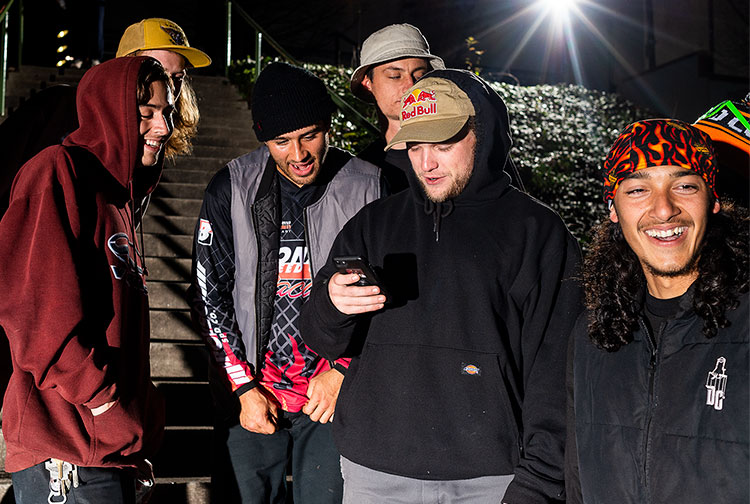