I leave for a Toy Machine tour tomorrow - the first with the entire team since 2008. Made me think about all the great times I've had with Ed and the bros over the years. Thus, while I'm gone, I've got a few collections of memories of the Machine. First up: a grab bag circa 2001-2005. 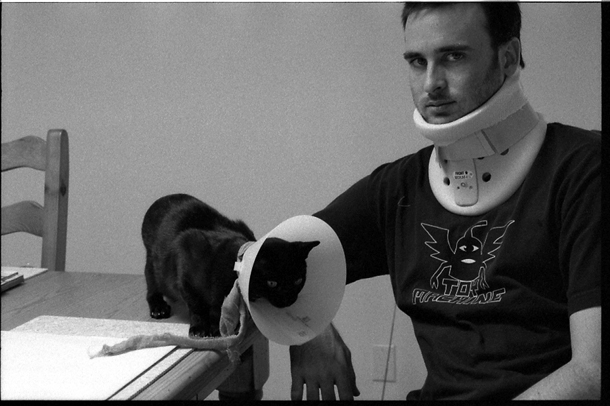 I met Ed through Geoff Rowley. At that time Ortiz ruled LA and the OC, but all the heavies had already done all the pro spotlights and wheels of fortunes they could possibly do and were ready to give Thrasher a chance again. Ed was cooperative and enthusiastic almost immediately. 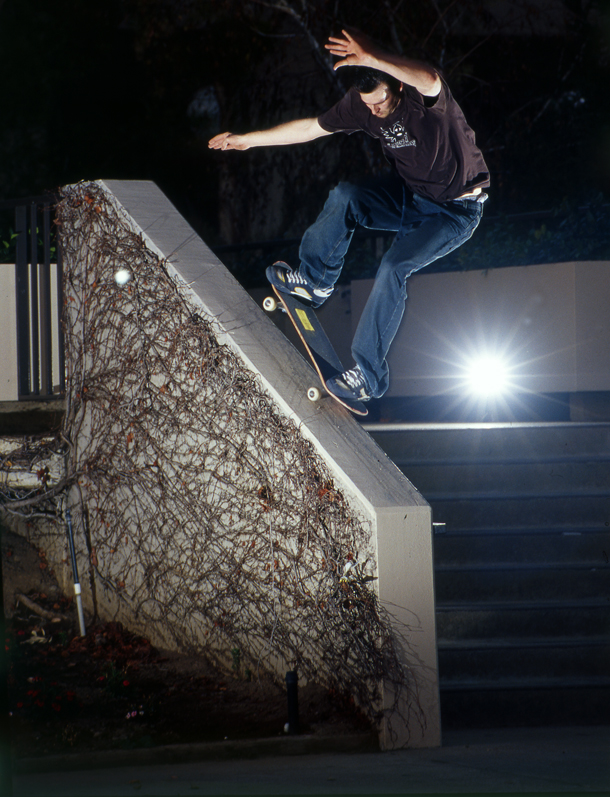 These are photos from his 'Ten Years of Templeton' interview we did around 2001. I really wish I could go back in time and re-do this whole thing. Ed was on fire! 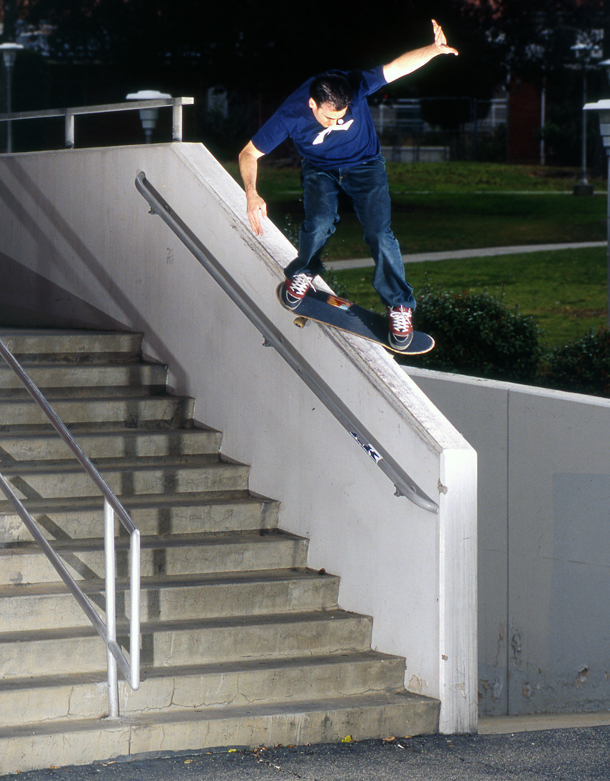 This may have been his beefiest feeble on record. I remember he sat down hard a few times before rolling away. 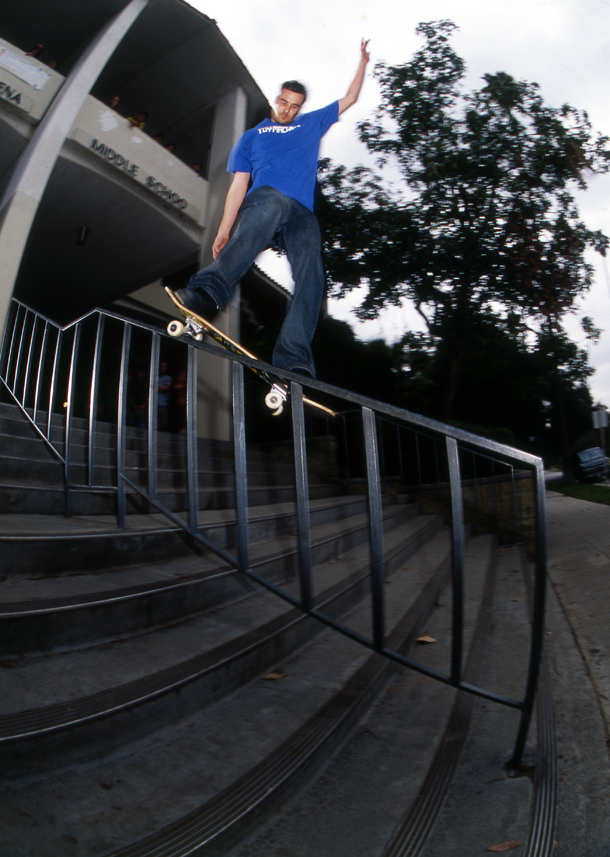 This spot would be getting a beat-down these days if it hadn't been stopped up years ago. Gap to smith, easy. He woulda got nosegrind and nose blunt but the cops showed up.

I met Billy right after his Webb trucks days. He was (is?) a handrail maniac! We had so many photos, we never even used this switch lip at Highland. 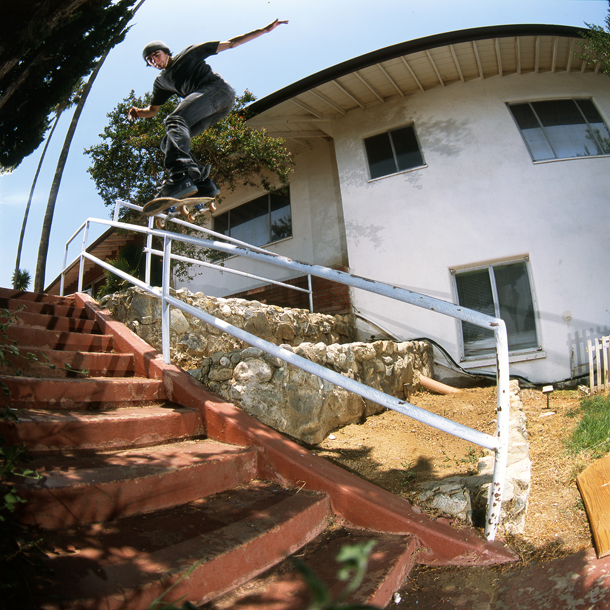 This was at a corn chip factory. We got yelled at by dudes wearing hair nets. 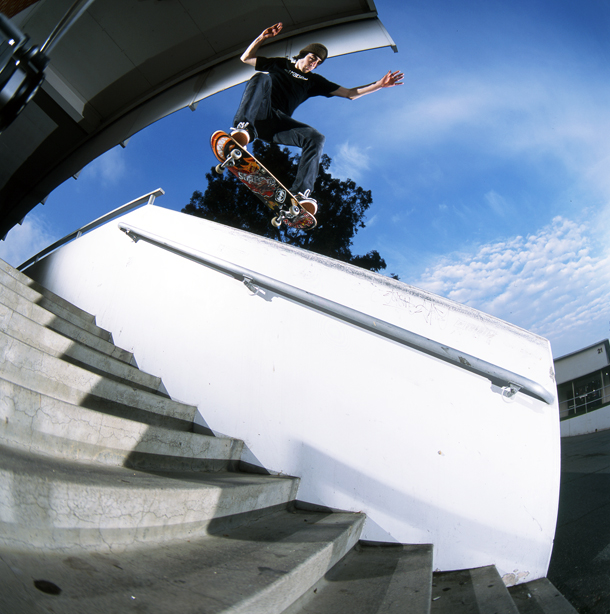 At the time I thought this kickflip crooks was the gnarliest thing I'd ever taken a photo of.  I had to call up another photographer and tell him not to use the bail he'd shot the weekend prior. 'But it's gonna be the cover of Strength!' he pleaded. It was the beginning of a fairly cutthroat era. Glad that's over with. 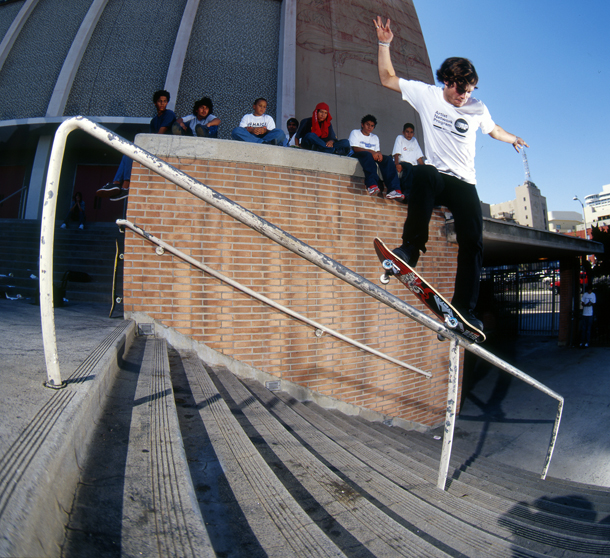 Harmony was gonna tailslide the 16, but got caught up front crooking the 12. He did it over and over. I shot 20 of them. 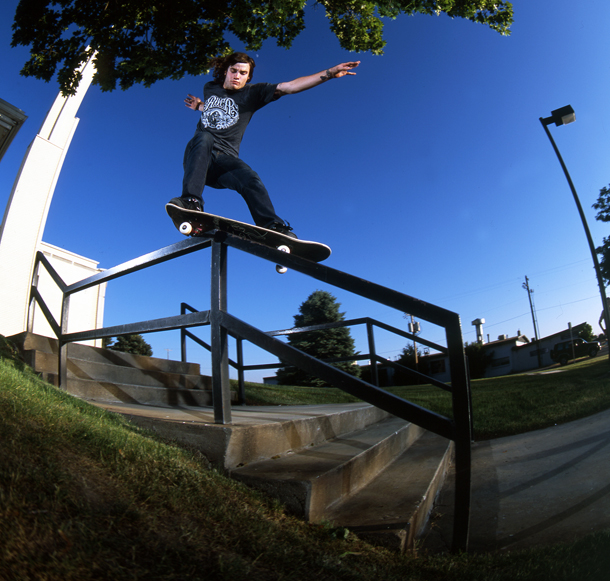 I've got a theory that handrail photos are the modern equivalent of the '80s air shots I studied as a child. If you follow this crackpot logic, you'll agree with me that Josh Harmony is a regular Christian Hosoi. Dude just looks awesome on a bar. 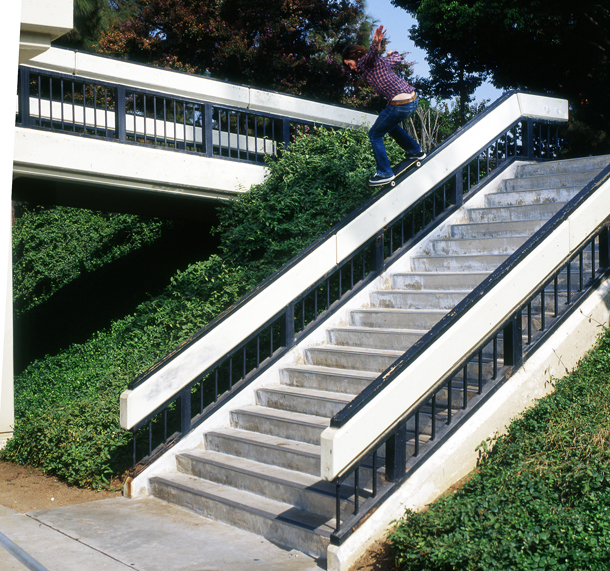 I've been trying to get Josh to come back here for a 5-0 ever since. Whatya think, Joshy? 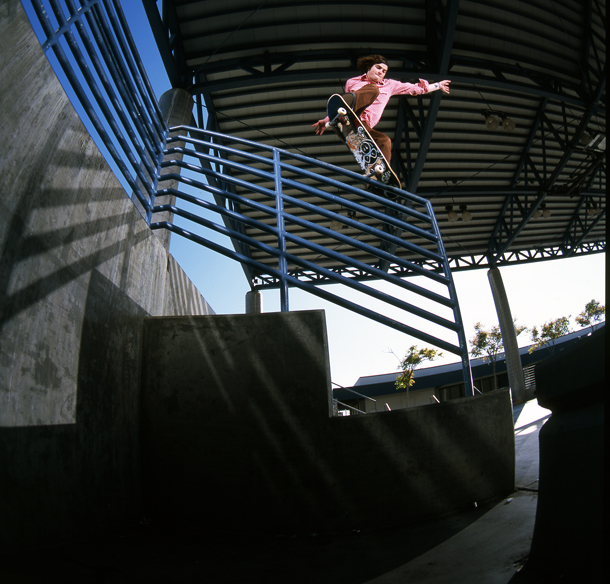 This was the cover of the issue with Josh's interview. There was a time when the Toy team dominated the mag - each dude had covers and interviews one after the other. It may have been some favoritism on my part, but it's not like they didn't shred. I suppose I should have made more of an effort to work with the Lethol team. 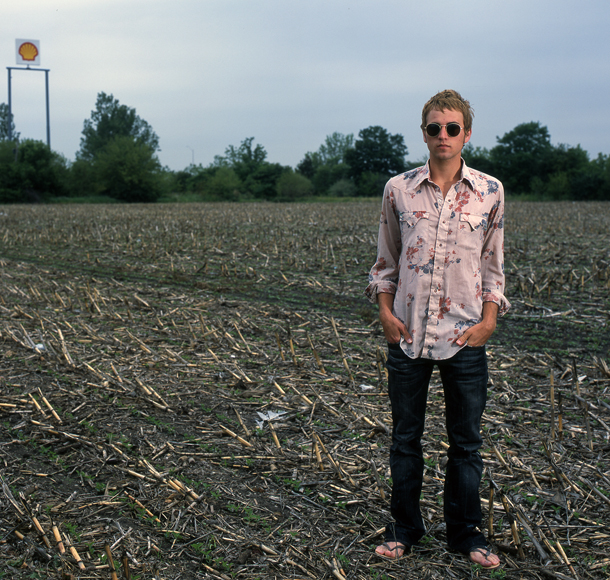 Austin, in the middle of he and Harmony's 'experimental' years. 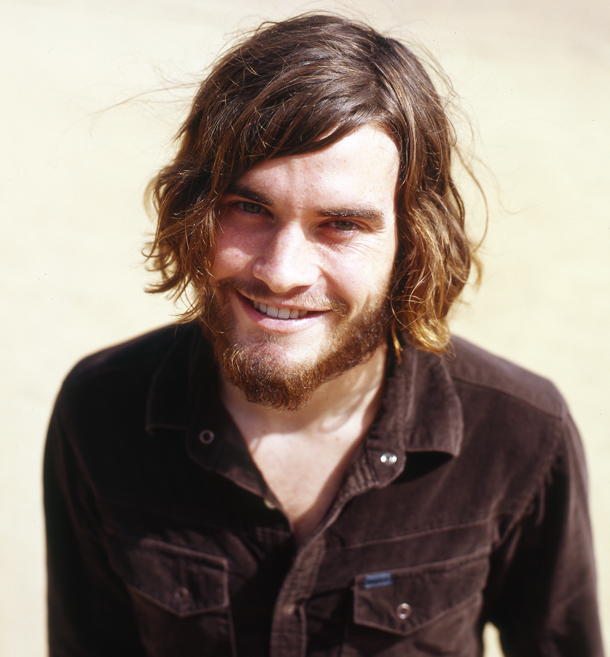 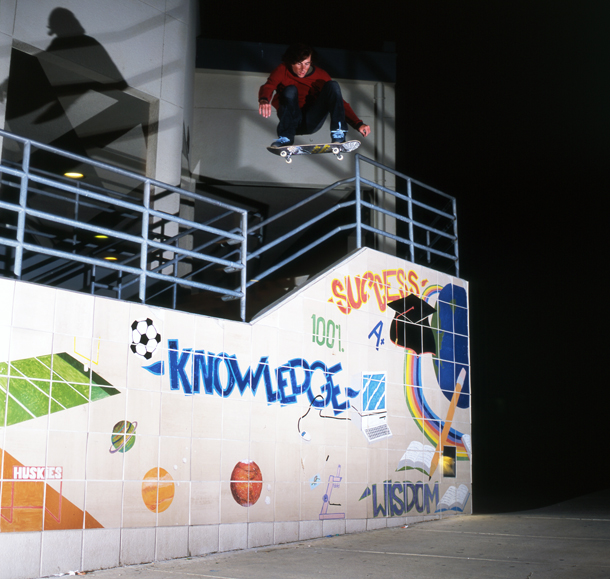 This was the first photo I ever shot of Johnny. He had a healthy head of hair back then and was real polite on the phone. I think we shot five tricks that night.

In the same sleeve of photos, I found this shot of a very-youthful Leo. Foreshadowing, dude. 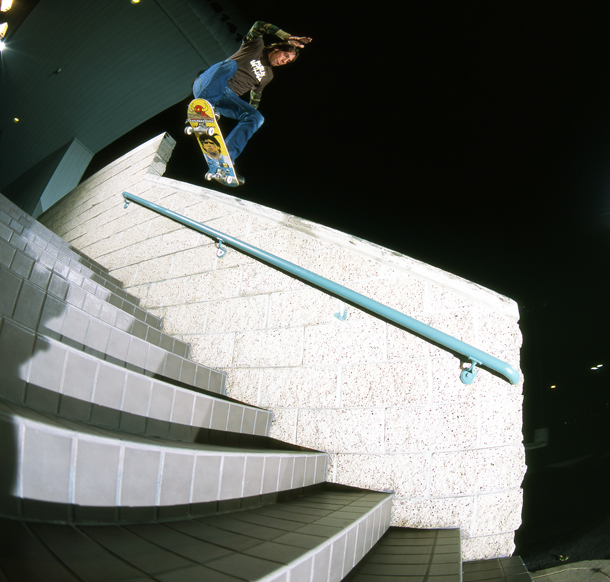 Diego is great at master planning. He staked out this spot methodically, cut the roll-in wood to size and figured out the perfect time to execute this tailslide.This used to be called the 'HB Gnar Block.' I think Greco or Sumner named it that. 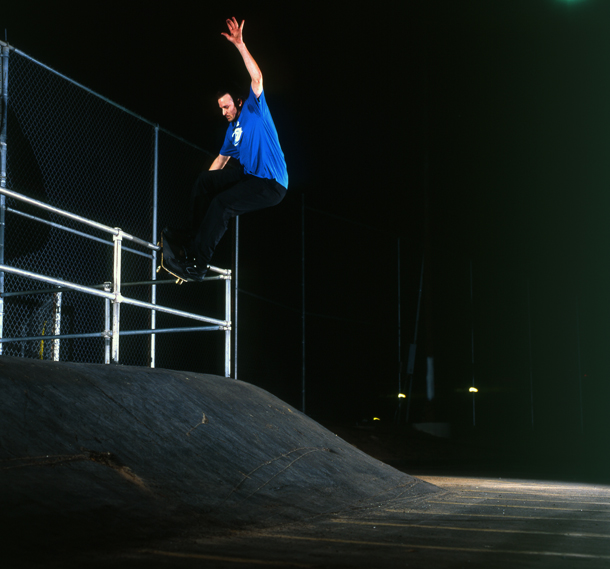 This was one of those spots where you just cruise around and see something - like in the old days. This was a Ricta ad, I think. 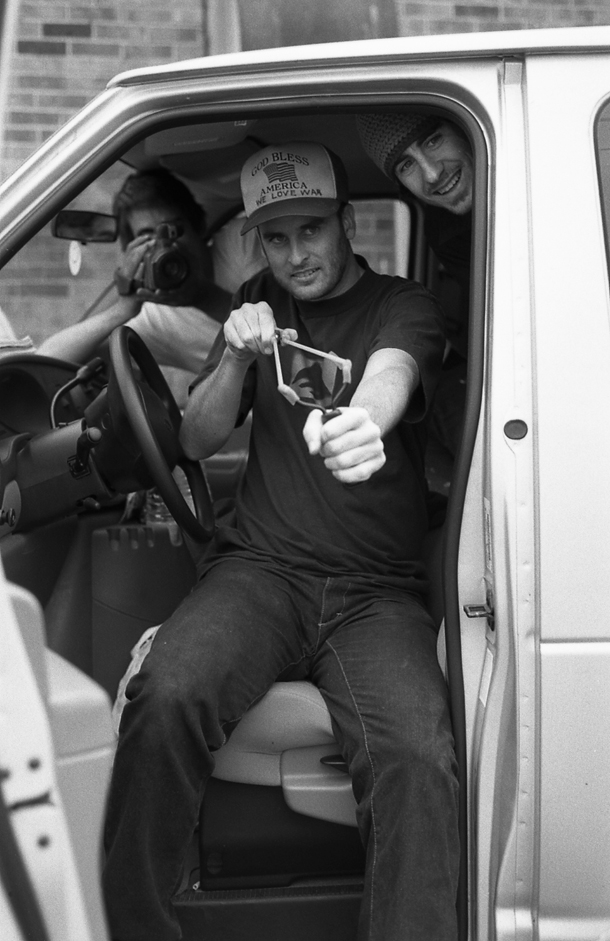 Next up: the tours.