As Collin Provost's Emerica Made B-Sides sinks into the collective skate conscience, we take a moment to talk to the masterlensman who created it, Santa Rosa's Jon Miner. 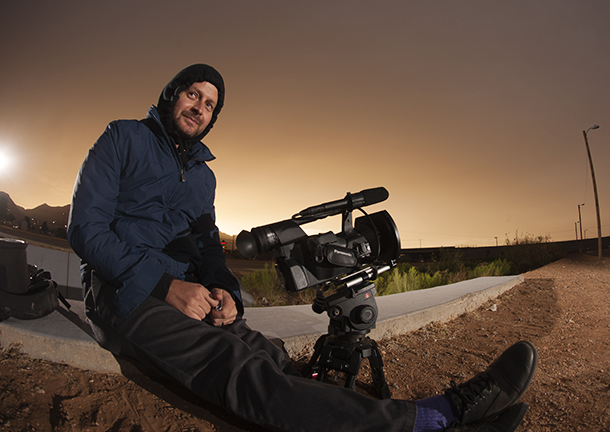 Did you come up with the term "B-Sides?" 'Cause that's turned into the "check out" of video extras, I've noticed.

It was either me or Justin Regan.

Have you noticed it's become the generic industry standard term?

Totally, yeah. I think that's awesome. I saw that Sk8mafia did the "G-Sides." I was fuckin' hyped. 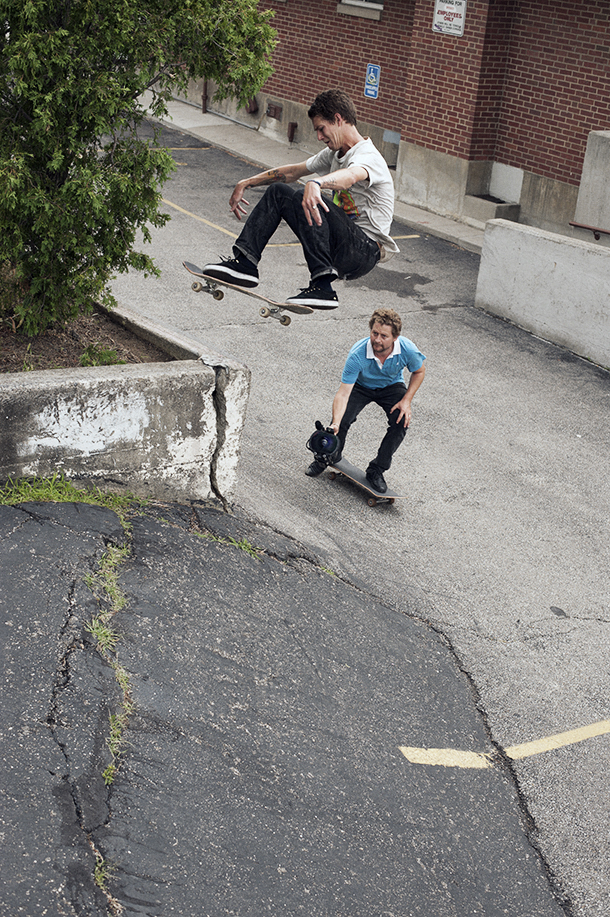 So you just put up the Collin B-Sides, the last of the bunch from Made Chapter 1. What was special about putting together Collin's B-Sides?

It was special because Collin had so much extra killer footage that it warranted making a whole edit. That's what was special about it. It was exciting. I don't know. Initially I was just blown away looking through all of his footage and realizing that with a little bit of extra of extra filming and few pieces here and there it was enough to make a cool little part. And it was an opportunity to go out with a bang on the B-Sides and Chapter 1 in general. I just thought it would be something really cool.

How's filming with Collin different than filming with the other guys? What do you have to keep in mind with him?

Nothing, probably because he's the easiest guy to shoot. He just fuckin' rips, man.

It's easier when they're good, right?

His level of talent is so insane. Him skating on an average day at the skatepark is really impressive. 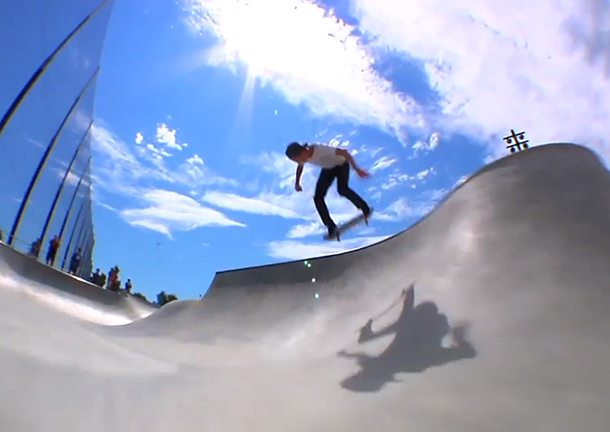 'Those lines are almost more about me getting it than him getting it.'

Speaking of skateparks, is that you doing all that follow-filming in and out of the fuckin' bowls?

Yeah, that's me. Old man trying to keep up.

Can you roll in over coping after him?

Yeah, sometimes. If you watch the footage you'll see the parks don't get too big. You know? And he has a lot of patience with me. Those lines are almost more about me getting it than him getting it.

You think he holds back for you?

I don't think he holds back for me, but he gives me plenty of opportunities to get it right. Some of those line he did them 5-to-10 times before I got a good one. I can't roll over a spine, or whatever. I have limits! 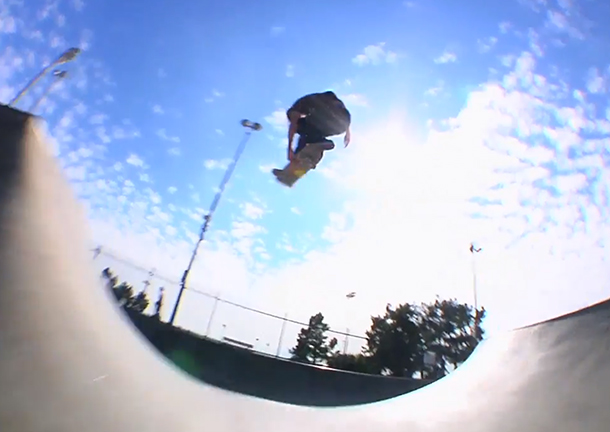 What's your favorite line of clip of Collin in the video?

I don't know, man. That's hard to say. Some of the stuff I'm most proud of is the skatepark stuff. There's the line at the Chino park. That was kind of tough and we put in a lot of work getting that right. That stuff for me personally is so rewarding because it's scary, and sometime's it's hard and when it works out it feels great. The other stuff that I really enjoyed filming with Collin was that stuff up in the mountains. All that stuff is up on Highway 2 and that highway had been shut down for the past three years because there were super-gnarly fires up there. So they reopened it and we discovered they had created all these fresh banks, like these pristine banks. So when we first went up there all of that stuff was just smooth and perfect. It was like a dream skating up there. We just kept following the highway and discovering more and more spots. The banks were so new and so smooth. If you go up there now it's not the same. There's been a lot of traffic up there and a lot of weather. A lot of gravel has accumulated at the bottom of the banks. But when we first went up everything was totally smooth and sweet. That stuff was just so much fun. We actually had an alternate edit of his part where there was going to be a big section of just footage up there but after multiple missions we started running into more and more problems with getting kicked out by these rangers. It started to be more and more of a bust over time. Plus the song we wanted to use was in somebody else's part, but anyway. That stuff was cool. Collin was the perfect guy to be shooting in that setting. He was just gliding all around. 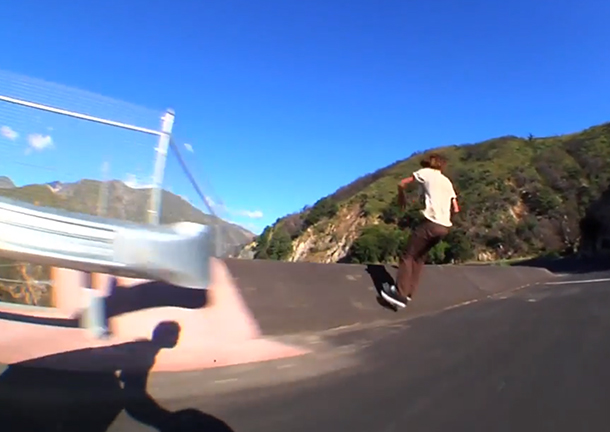 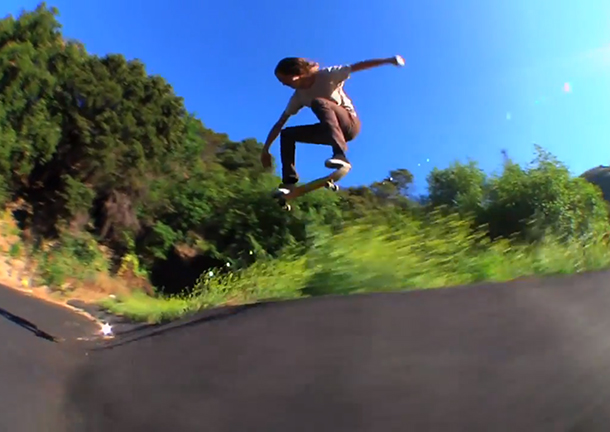 'He has mastered the balance of thrill seeking and chill seeking.'

Do you remember when Collin was the little pie-faced kid with braces? Back in those days, did you ever think, "Fuck. What are we gonna do with this kid?

Yes. I did think that.

And then he turned into this rock 'n' roll animal.

Yeah man, There was a time when he was, I don't want to say spoiled, but he was one of those Orange County kids who had … I mean, he'd been sponsored since he was a baby. So when he was new on the team he kind of had the attitude of a veteran. Where in most cases the new am on the team would be hungry and ready to prove themselves. It kind of took him a little while to break through that. Once he did he really cranked it up to 11 and started churning out all this killer footage. You know what I'm saying? I think he put out a welcome-to-the-team part before his Stay Gold part, then had his Stay Gold part, then his Toy Machine part, then his Made part, plus all the countless Volcom miscellaneous web clips that have been out there. Collin has always been a gifted skater but it took awhile for him to come out of his shell. He was on flow for like 5 or 6 years! By the time he finally got on the team we were deep into filming for Stay Gold. I think that project played a huge part in molding the skater/human he is today. He has a strong work ethic and some very bro values as a result. His nickname with us is "The Provider" which totally relates to his hard work and ultimately his success. He's one of the top pros with his own shoe. For skating he provides a steady stream of ripping footage. On the home front he is constantly providing rock n roll, weed, beer, smokes, BBQ, chicks, and just overall good times for the bros. He has mastered the balance of thrill seeking and chill seeking. 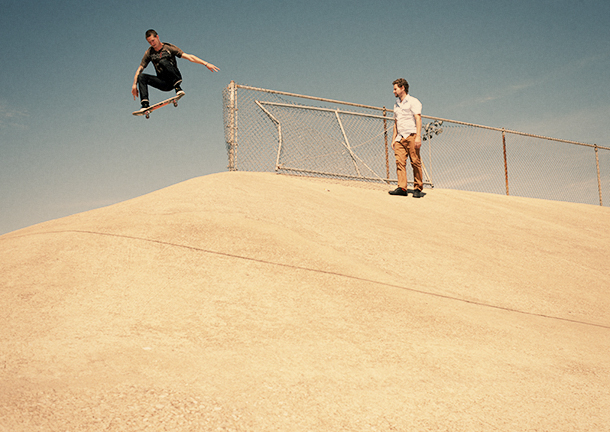 Gearing up for the frontside flip in Ft Worth.

How did you pick the music for Collin's B-Sides?

I felt like I needed to get something that he's gonna like. But I want to use music that's not a total cliché. For this part we used this band Golden Void, which is actually the guitar player from Earthless' new band. I think what they're doing is in that style of rock but taking it into a different direction, kind of progressing that sound. 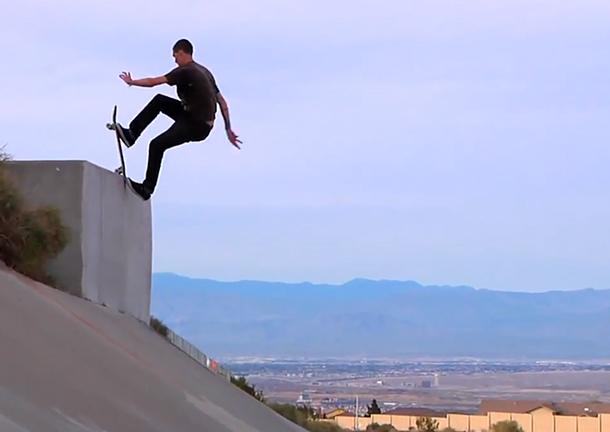 Do you think Collin's the best bank-to-bar skater of all time?

Yes. I really do. I've never seen anyone skate a bank to bar as effortlessly as him. That hip to bar in Santa Monica, for example. I've seen a lot of people skate the spot and struggle whereas he shows up, it looks like he takes one push and he can 50-50 it. It's no big deal for him. 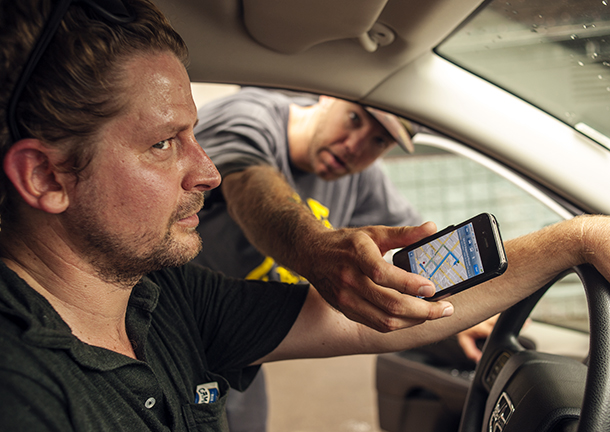 There's definitely a Starbucks at the end of that little blue line. Tour 2011.

In the Made rotation, you're not going to get to film a part for him until like 2016, right?

We'll see. We'll see how this next chapter pans out.

Can you give us a spoiler on the next one? 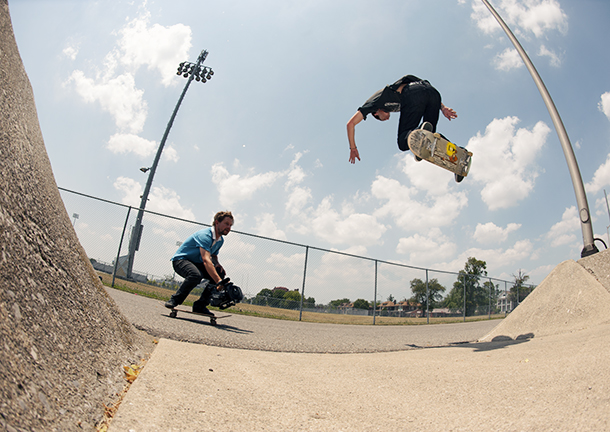 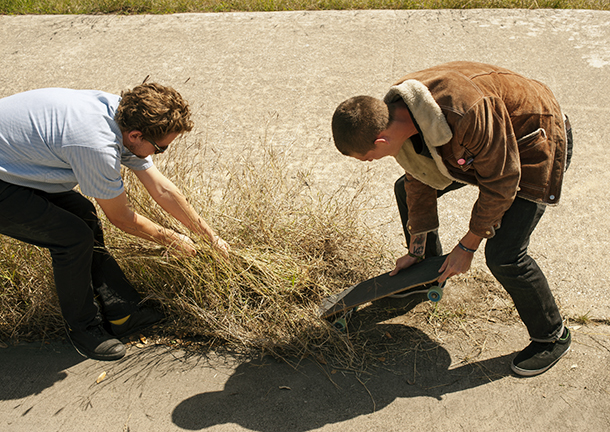 Those guys are good.

Those creeps can roll, man. But a lot can change in the course of a video. I'm not ruling out some new amateur showing up on the roster or something like that. Chapter 1, for example, Jeremy Leabres came in in the last five months and that was such a blessing. 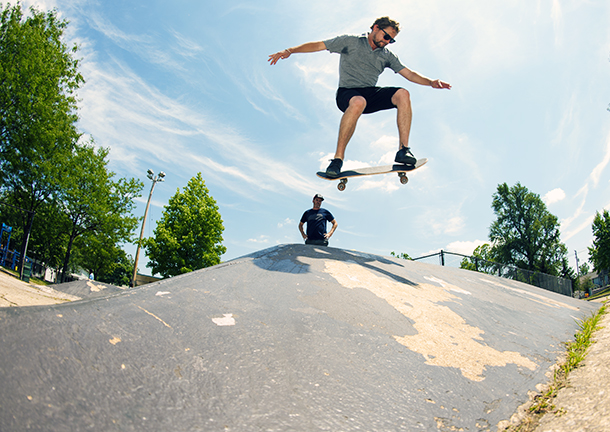 Your goddamned right he's still got it.

'He might as well have been speaking Japanese to me.'

Am I caught up with camera technology?

Yeah. Are you in the space race?

No, I am not. I'm actually really bad about that stuff. It's funny, I was at a bar with Jason Hernandez the other night and he was breaking down all the different models of cameras he's working with and he might as well have been speaking Japanese to me.

Yeah. I tried to kind of be cool and play it off like, "Oh yeah, that's cool," but I had no idea what he was talking about. 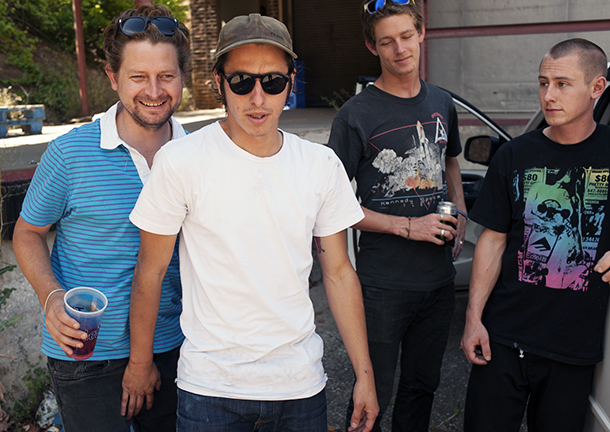