There's a birthday party for Burnside on Halloween every year. But in 2010, being that the "Granddaddy of DIY parks" is turning 20, a huge celebration is in order. Starting last weekend, local skater/artists showed up to support the party by painting murals on the park with a carnival theme that's more than fitting for this piece of skate history. There's also a new bowl just behind the elbow wall, and a cinder block wall went up Monday morning. The fill was thrown in and forms were cut, and by Wednesday a couple cement trucks had shown up for the pour.  There are many hands in the concrete—mostly those of the park's OGs like Sage Bolyard, Mark Scott, and Li'l John—but plenty of others, too. The painting's been led by graffiti artist Jay Meer.

Thanx to the homies who are donating money, time, and artwork, and to the establishments who helped out with art shows to raise loot for this special occasion. Happy birthday, Burnside. Here's to a great 20, with many more to come! —Pod 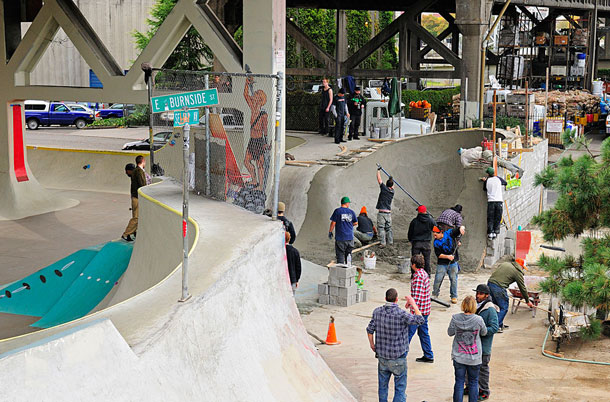 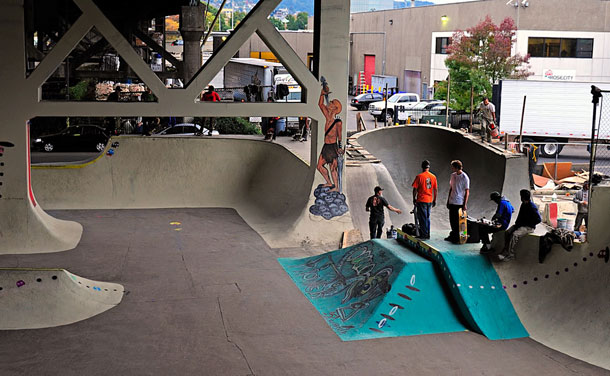 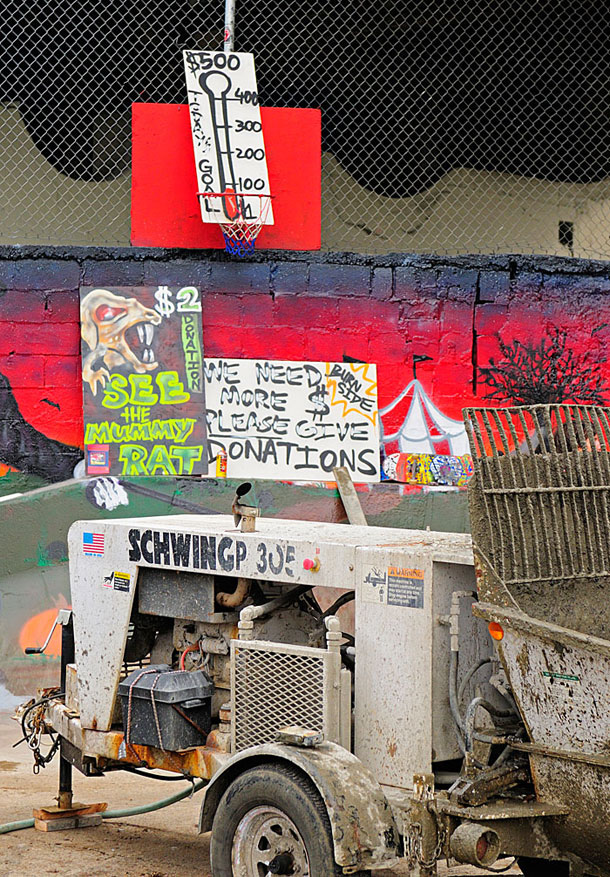 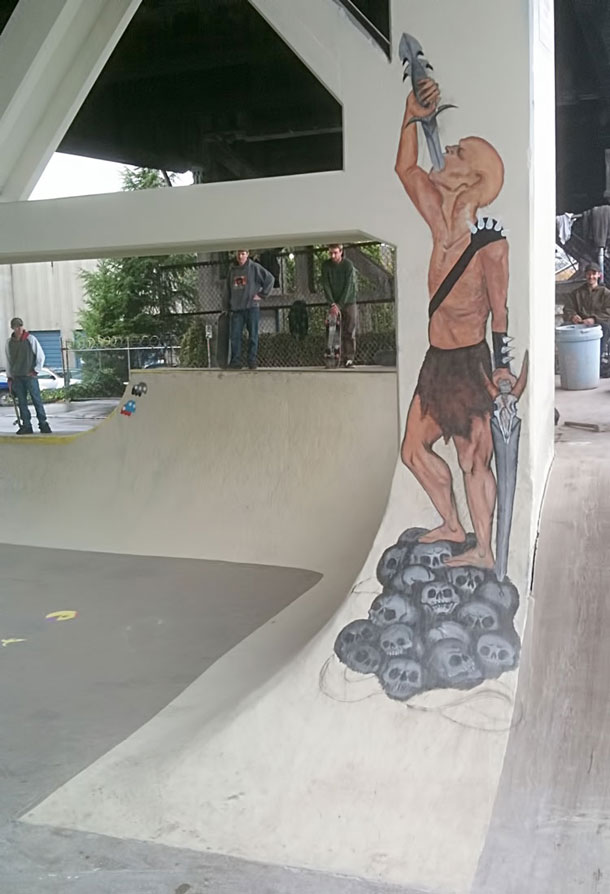 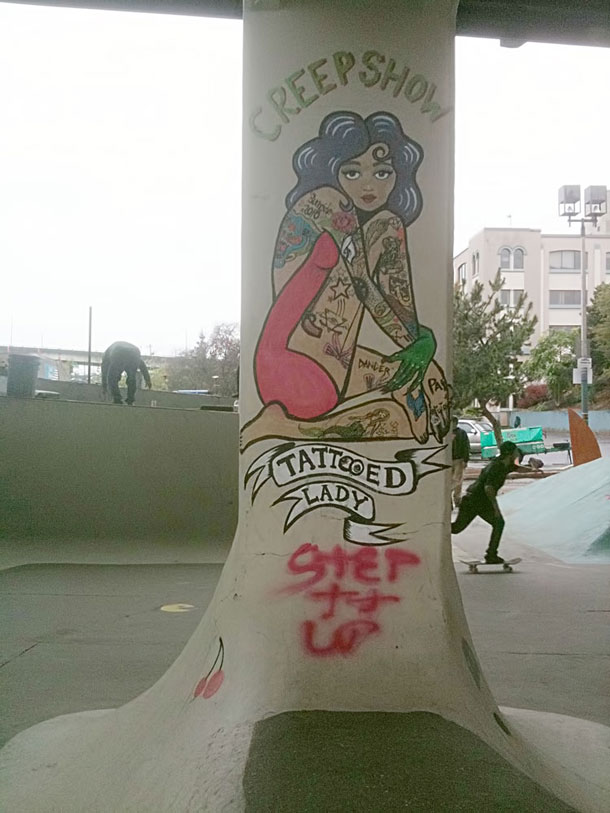 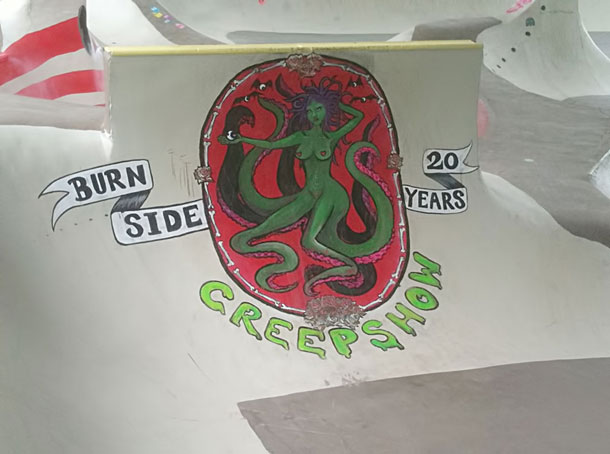 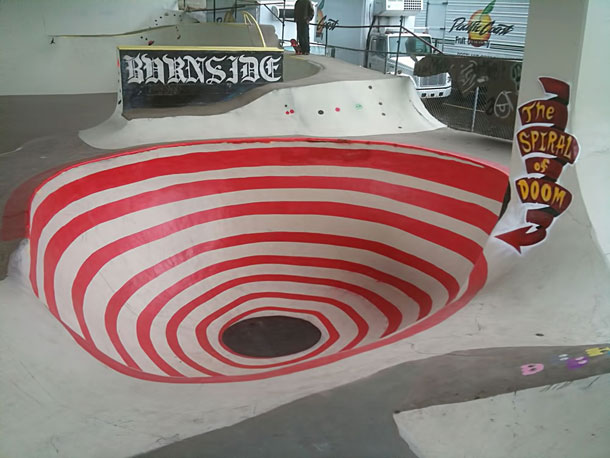 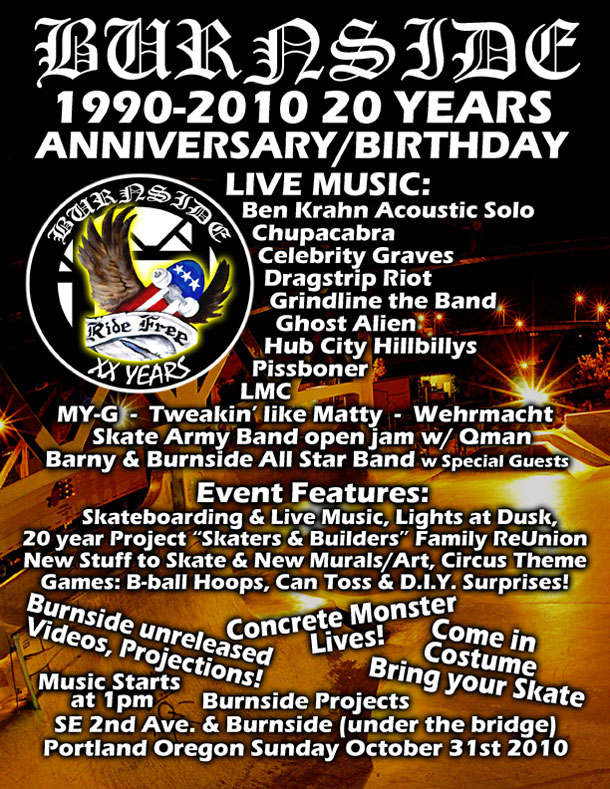