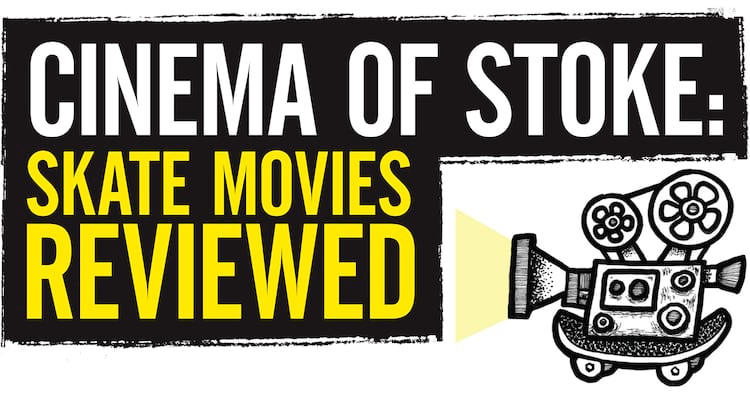 When I was a kid, there were only a handful of movies with skateboarding in them. These days, however, there’s a digital dongload of skate-centric movies all within a Roku remote’s tap away. Here’s some of the skate flicks I’ve been binging on during quarantine. —Michael Sieben 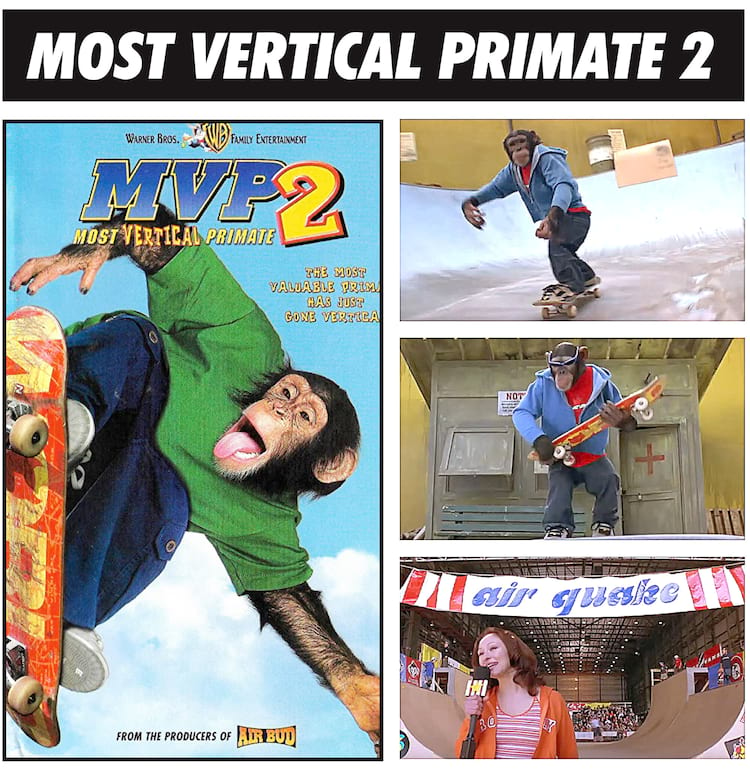 I watched this at the very start of the pandemic so my memory is a little fuzzy. I think the premise is that a hockey-playing chimpanzee learns how to skate and befriends a homeless kid and they live together in a shack next to a drained pool. How much better could life get, right?! Later, the kid gets adopted by the creepy, older, single, no-kids-having skateshop-owner guy. Yikes! I’d think I’d rather kick it in the shack with my ape, thank you very much! 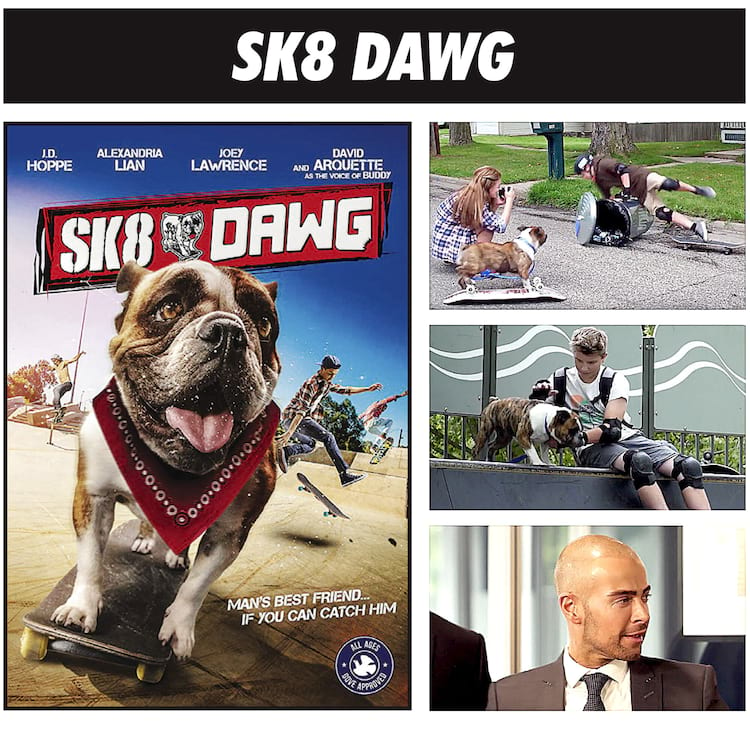 Somebody apparently watched a viral video of a dog skateboarding and thought they could turn the concept into a feature-length film. It didn’t work. My favorite part of this movie is when Joey from Blossom shows up and for some reason his head is super shiny—he looks like he stuck his cranium in a goddamn bowling-ball cleaning machine. I wish my head was shiny. Mine’s just kinda old and wrinkly. 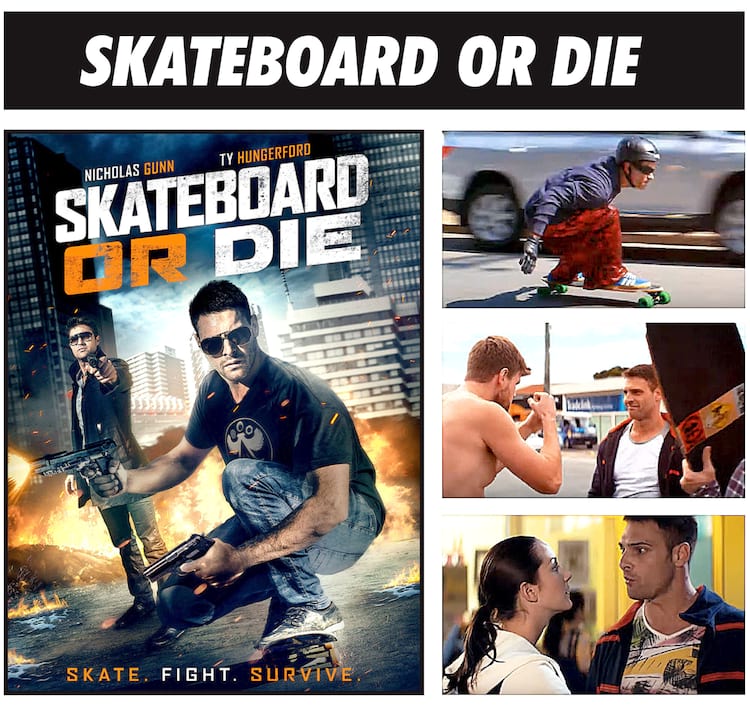 The title of this movie is very misleading. If they’d just accurately named it, the decision would be so much easier. Longboard or die? That’s easy! Hand me that shovel, bro. I’ll start digging my grave. 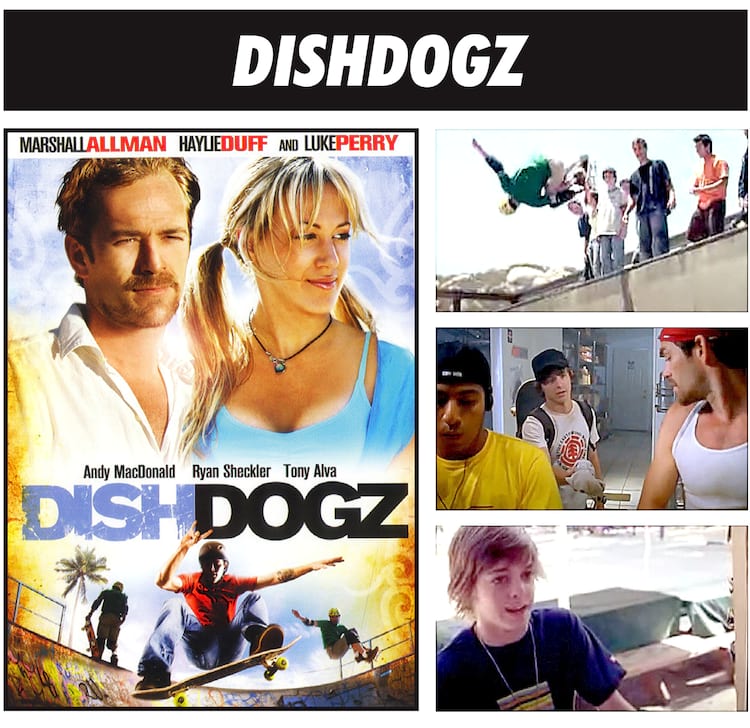 If you’d told Luke Perry in the early ‘90s—while he was a cast member of the wildly-popular TV series Beverly Hills 90210—that in the early 2000s he’d be starring in Dishdogz, he probably would have called you a liar, spit some Dom Pérignon in your face and then peeled out in his Aston Martin with Shannen Doherty riding shotgun. Yet here we are. This movie is pretty much the bastardized skate version of North Shore. I still liked it, though. But I also liked Street Dreams, so what the hell do I know… 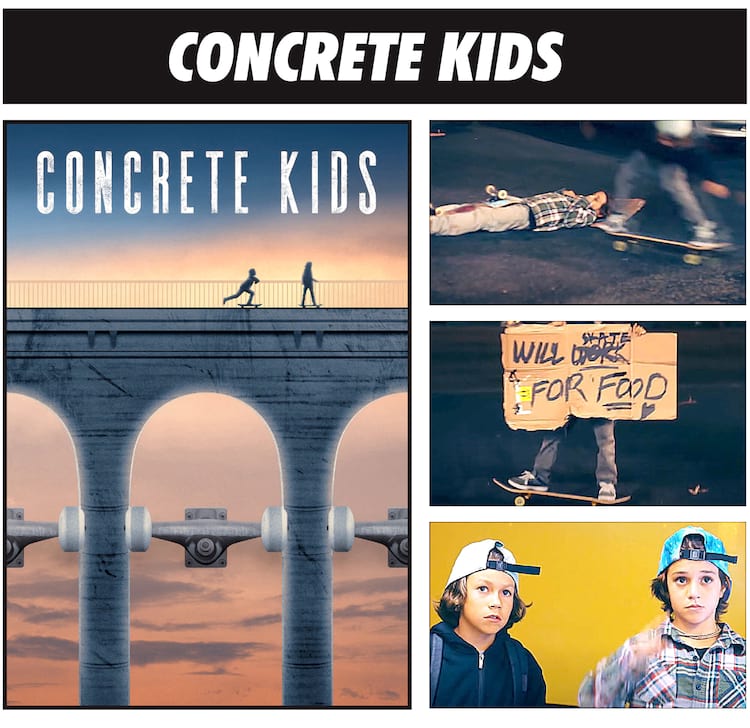 What I learned from this film is that if you’re a nine-year-old kid and you’re skating in LA without adult supervision in the middle of the night, you shouldn’t hitch a ride with Joey Brezinski because he’s likely to have a blow-up doll in the passenger seat of his car and he’ll probably ditch you at JKwon. I also learned that nine-year-old kids can crooked grind ledges and I’ve never landed one in my life. Kids are stupid. 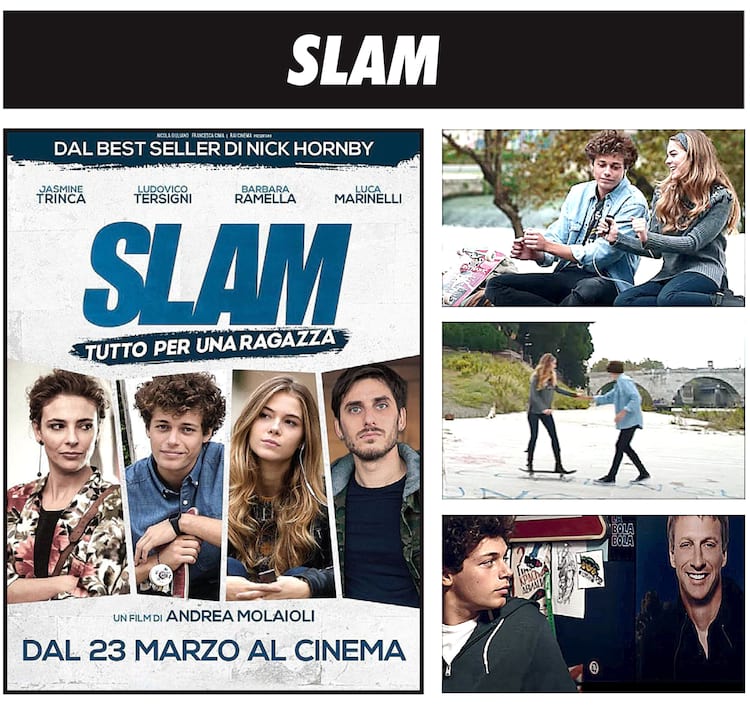 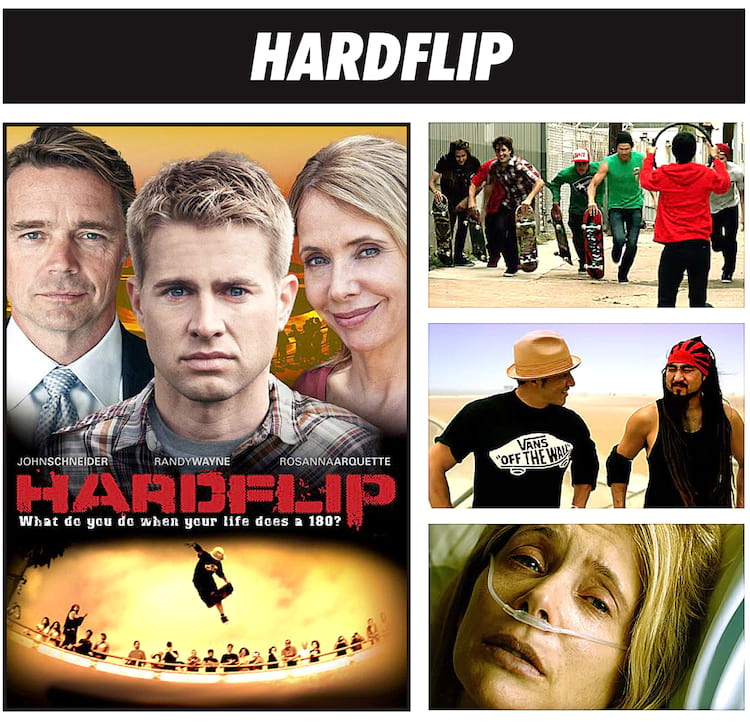 Sometimes in life your mom dies from brain cancer and then Brian Sumner tells you to stop smoking weed and then you land a hardflip back lip down a park rail because you finally accepted Jesus Christ into your heart. Sure, sometimes that doesn’t happen, but more often than not that’s just the way life goes. 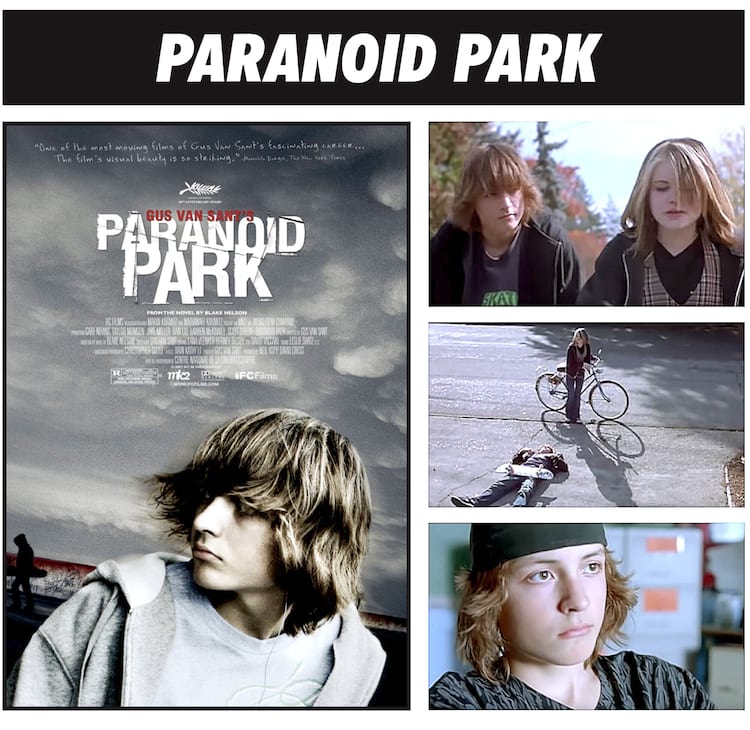 A teenage skateboarder in Portland is drawn to Burnside because of its dangerous atmosphere. However, the second time he visits the park he ends up killing a dude. Now, don’t get me wrong, I’m all for teenagers pushing the boundaries and wilin’ out a bit. But Jesus Christ! Slow your roll, kid! Try smoking a little dirt weed out of a crushed beer can or shotgunning a Natty Light—don’t immediately jump to homicide. Teenagers are scary, yo.