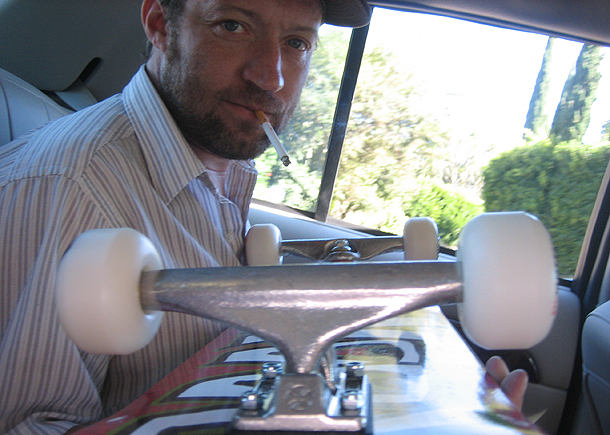 "Josh might have "gotten" me kicked off but you kicked me off. Fuck you Tod."

Schmitty: How did you feel to be the first pro addition to Gonz's new company Krooked?
What do I say? I was stoked. I couldn’t have wished for anything better. It’s really cool, I like "working" with deluxe and Mark. I needed a change.


S: Are you guys really planning on stealing some riders from other companies?
I don’t know what Mark’s plans are. I’d say it’s probably a good idea. We’re gonna keep it tight though.

S: Should Flip be nervous?
Krooked rules and everyone knows it. I’d say those guys must be pretty happy over there.

S: What happened to Freedumb?
I was over it. I took a shot and it sucked.

S: Guns and Roses or Thin Lizzy?
Guns and Roses we’re good but I’ve never been much of a fan. I like Thin Lizzy, I just bought Chinatown today and it’s pretty sick. I’m listening to the Traveling’ Wilburys right now.

S: Out of the following people, who do you think have the best questions?
I think they all pretty much sucked. No. Is anyone even going to read this thing? If you’re reading this stop, I’m an idiot and you’ll be a little bit dumber if you continue. I just hope you can pull together some halfway decent photos. 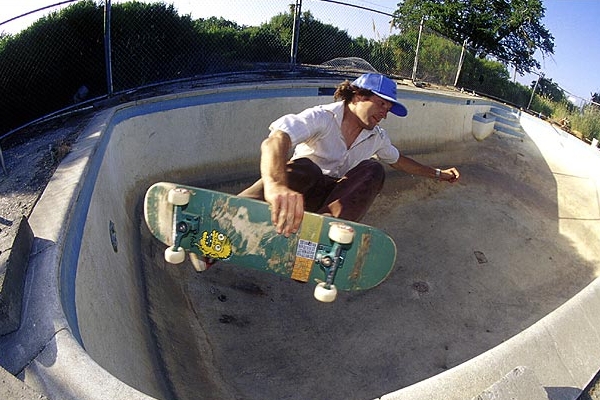 
Greg Carroll: When are you going to quit smoking?
Probably when I’m dead. I’d like to. I never want to be old, I think being elderly would suck. Ideally I’ll have a heart attack around sixty before I get Alzheimer’s or Parkinson’s disease or something shitty like that.

GC: How does it feel to be one of the most unique skateboarders of all time?
The only reason I skate the way I do is because I suck and have no other choice. Can’t flip, do a wallride.

GC: Did you know that you are my favorite skater?
I bet you say that to all the dudes.

GC: How come you only pack one shirt, one pair of underwear and one pair of pants when you go on a month long tour?
The first tour I went on I brought so much useless shit and it sucked having to lug it all over. I had a huge duffel bag and a backpack and I didn’t even use any of the crap that I brought. I don’t even bring music, usually I go on trips with dudes that I like and I’d rather hang out and shoot the shit then zone out with a pair of headphones on. Leave the toys at home. I have my board.

GC: When are you going to get Mark Gonzales to have and art show with you?
I always said I’d never be in an art show. I don’t really like them and I don’t consider myself an artist. My friend Mike is having one at his hair salon in February and he asked me to be in it and I told him I would. I have a few unfinished painting that I’ve been thinking about finishing up but I’m lazy. They’re all painting of people fucking. I think Mark is supposed to be in it too but I’m not sure. Whatever.
GC: Have you ever heard of deodorant?
Yea, that’s the shit you do laundry with, right. I use old spice but it doesn’t stop the nicotine from seeping out. 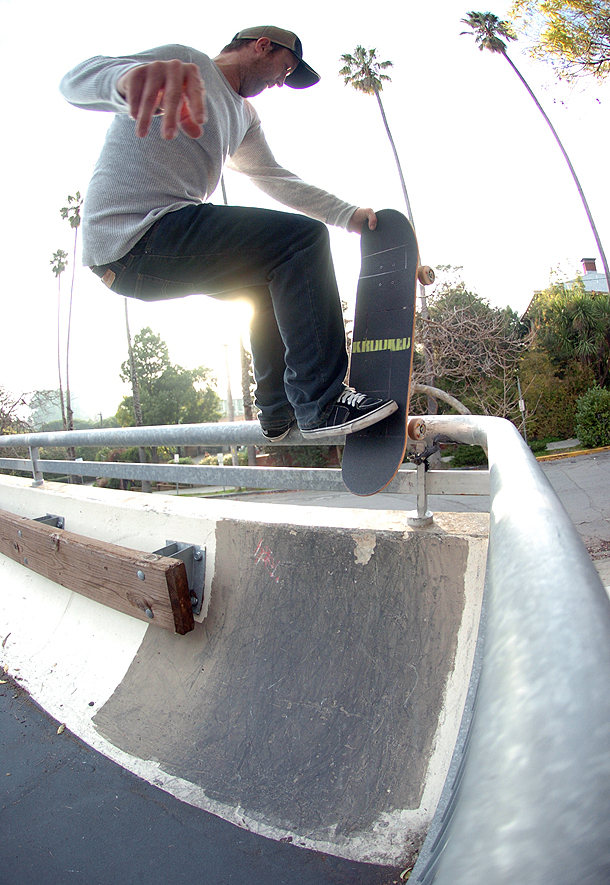 Beanplant to fakie at one of the only skateable spots left at Berkeley's infamous tennis court banks.


Tod Swank: So Dan if Josh Beagle didn't kick you off Foundation you might of not been riding for Krooked today. Do you think he deserves a thank you?
Josh might have "gotten" me kicked off but you kicked me off. Fuck you Tod. No, I don’t blame you. I sucked then and I still suck now. It all worked out good, I can’t complain.

TS: One of our reasons for letting you go back then was we thought you would be too busy with school which was a stupid reason anyway. So what ever happened with school for you?
I was pretty bummed when you kicked me off but I got over it, I got even with that ad in my firing line. You really helped me out a lot and helped me get my foot in the door. Plus the boards were always really cool and I was stoked to be getting free shit. It’s all pretty dumb, school sucked. I was going to a shitty art school and I wasn’t into it, I dropped out as soon as I turned pro so I could travel.

TS: You have been a dedicated skateboarder for a long time. What's your grip on skateboarding today?
Does it even matter? It’s cool, some shit’s gay but I don’t really care. I just try to do my own thing and stay outside of it as much as I can, maybe make some kind of a positive influence. Shralp it up.

Keith Cochrain: How do you feel about posing half nude in Big Brother?
I thought it was pretty funny but I guess some people just are not into the whole gay cowboy scene.

KC: Do you contribute your alcoholism in the past to your girlfriend?
I never considered myself an alcoholic. I just drink a lot when I don’t have a broad to take care of me.

KC: Did you really sack your balls hard enough for them to turn black and blue?
McKenney had the black and blue balls, I split mine open on a 180 stalefish and needed to get stitches.

KC: Do you claim Boston or SF?
I grew up in Maine and live in Berkeley so I can’t really claim either. I’d like to move back to SF but I have the park over here now so I probably won’t. Hopefully the Chromium 12 will be nice and magically go away so I can skate there again.

KC: Do you miss me?
Yea, let’s go get drunk and pick up a couple hookers sometime. 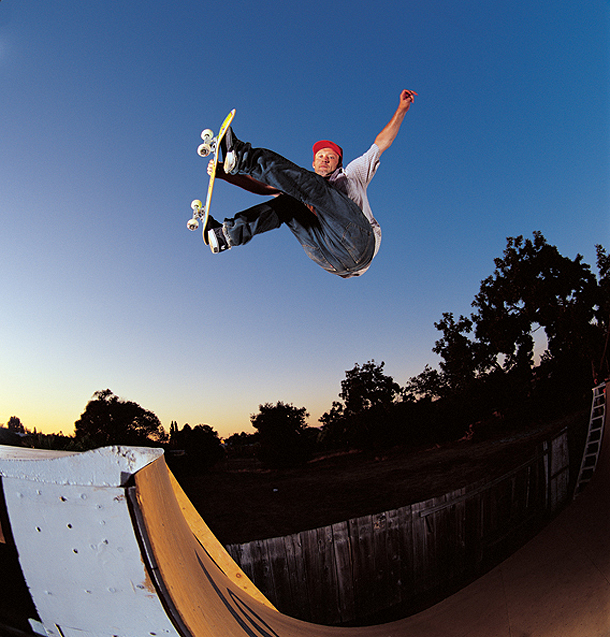 Tim Upson: Do you think many kids out there today know who Phil Shao was?
Some of them do, some don’t, and fuck it. Who cares, we knew him and loved him and new how rad he was and I’m just thankful for that. Life sucks sometimes. He said it himself, we had our Idols and they’ll have there’s, little kids don’t need to know who Jay Adams was or what he did, they know what Rowley’s doing. It’s just progression.

TU: Who would you rather be stranded on an island with: Gonz, Benny or Collinson?
They’d all be pretty good dudes to be stranded on an island with but I’d rather be stranded with a hot chick. It could be like blue lagoon and I’d go fishing or hunt wild boar everyday and she could pick coconuts and berries then we’d come home to the hut and cook and then we’d bone all night. If I ever knocked her up we could sacrifice the baby to the gods so we would always have food and then we’d make out and bone some more and I’d tell her she was really hot.

Mark Gonzales: What are your favorite clothes to wear?
I think I’m going for the "I don’t care" look.

MG: In movies do you root for the good guy or the bad guy or does it depend on the movie?
Clint Eastwood was a pretty bad guy in the Unforgiven and at the end he rides into town and kills all the pussy townspeople and it’s pretty cool too see them all die.

MG: Has a frog ever showed up in any of your dreams?
I always have nightmares about them dying. It sucks. They’ll always starve to death or I’ll step on them and they’ll all be squished on the floor.

MG: Did you graduate from high school?
I felt like I owed it to my parents, all I had to do was graduate and then I could do whatever I wanted. Now, if I ever need to get a job a McDonald’s I could maybe make manager one day.

MG: Any historical figures you admire or would like to mention?
Not really, fuck ‘em, fuck em’ all. I’m a pessimist and it sucks. Ghengis Khan's army, the Mongol hoards had this practice where they would all gang up on an enemy they wanted to conquer and they’d all stab the person and then have sex with the wounds all at the same time. They would gang bang the person to death. Hitler’s doctors would do experiments on innocent Jews. They’d test them like people do to animals now. Feeding them poison and putting shit on their bodies or in they’re eyes. They’d do things like cut out a persons eyes or chop off there arms and then try to put them on another person that they’d do the same thing to. The Japanese did the same shit to the Chinese during World War II and they didn’t even say they we're sorry. History sucks, they say if we don’t understandour history we’re doomed to repeat it. I think we are anyway.

MG: When it comes to ladies, are you the cat or the mouse?
I’m more like a retarded mute dung beetle.

MG: Would you ever kick it with a girl that skates, like date; you know cause there are some pretty ones coming up!
I’ve seen a lot of them that I’d like to slip it in. I’m down to kick it but I wouldn’t skate with them, that would suck. "Oh Dan, that air was so radical." "Yea, I know it was baby."
© 1981–2020 High Speed Productions, Inc.