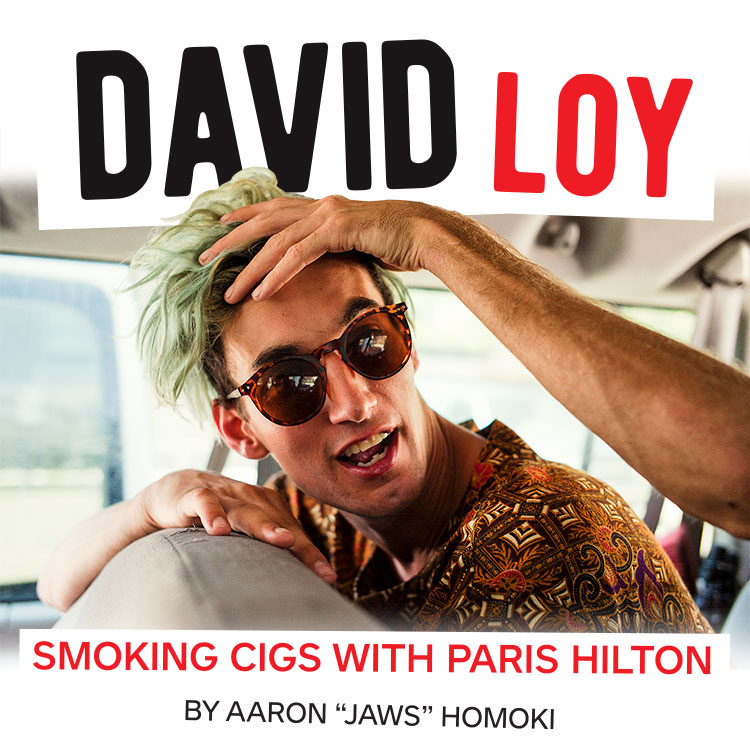 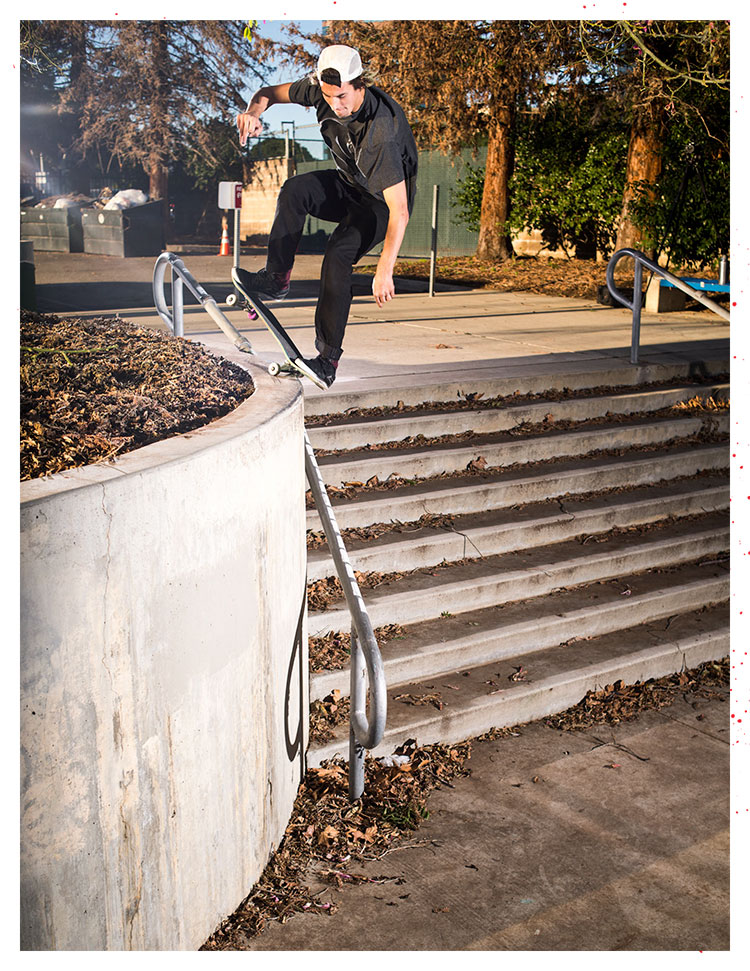 I want to hear about all your party stories. I heard from a bird that you get to party with Paris Hilton now.
I got to hang out with Paris a couple times now. But I just ran into her at my friend’s house. She was with some dude. He was all over her and she just told the dude to piss off and kicked it with me. We went into the corner and just smoked cigs and talked and stuff. She ended up shouting my brother’s name into the sky, so that was pretty dope.

So you had like a real moment with her, yeah?
Oh yeah, for sure. She’s actually a really down-to-Earth person, surprisingly. It would have been nice to hook up with her!

That was my next question.
I mean, dude, to say you hooked up with Paris would be pretty legendary. She has a boyfriend right now, so I gotta wait until they break up. 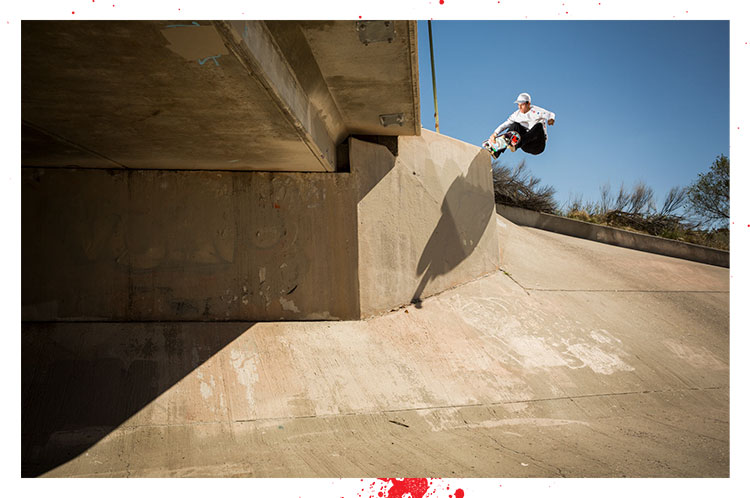 Then you can go in for the kill. We’ve all been riding for Birdhouse for a really long time now.
Most of us have known each other even before Birdhouse, so it makes it really rad. The fact that we all got on Birdhouse just made us closer. I only want to travel with my boys in the van, and I never want to leave the van! The van is home. 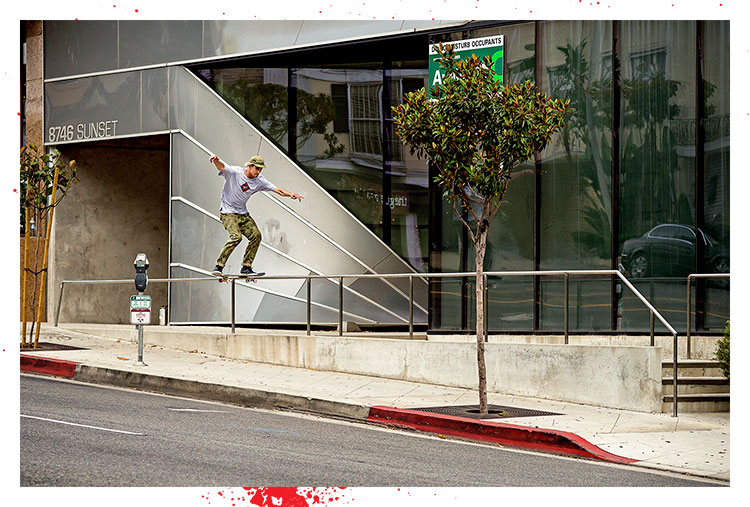 It’s nice to be able to talk to my Birdhouse friends about real-life stuff instead of just skate talk or bullshit conversations. Tony being there and him believing in all of us as much as he does lifts us all up and makes us want to be better.
Tony is a good person to learn from; that’s for sure. 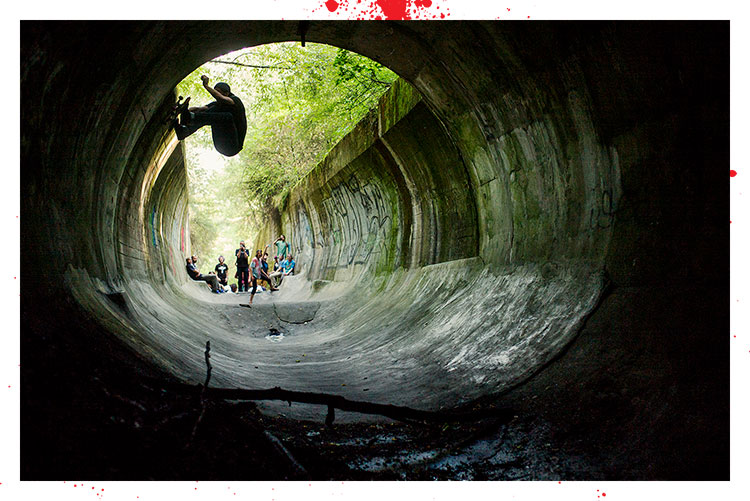 Clicking off the ceiling in a tight Hobbit hole Photo: Muller

Are you the longest lasting bird in Birdhouse, except for Tony?

Two years ago we were on a Europe trip with Tony and he felt the vibes. It was one of the best trips of my life. It was our last dinner and Tony was, like, “Hey, I think we need to film a video. The energy is right and we should do it.” After that, Birdhouse hired Jason and we just started going in on it.
Yeah, I think that trip was the reason why we made this video. He saw how close we all are. He knows there’s no money in skate videos; he just thought it needed to be documented. 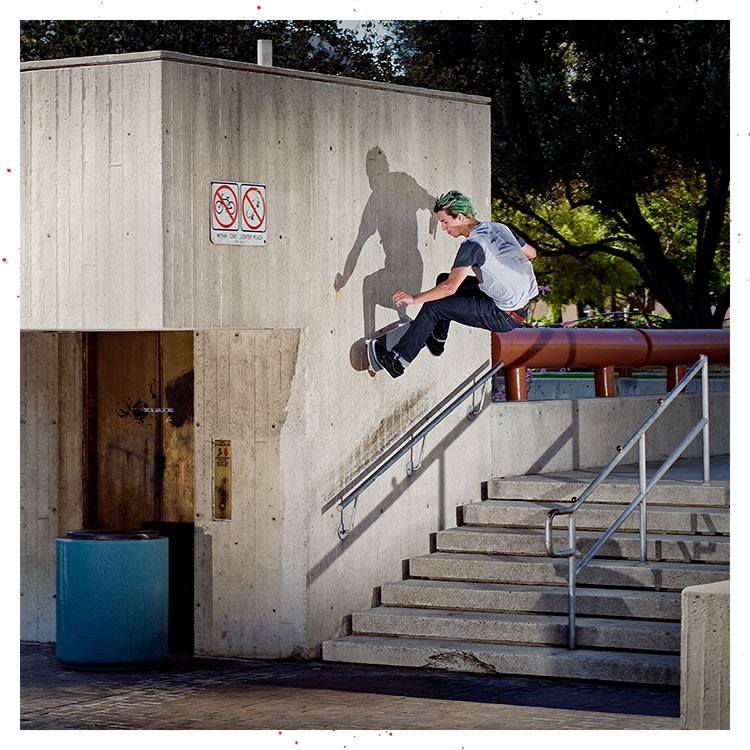 I’m having a lot more fun filming for this video than others, that’s for sure. We just go on trips and we get what we get. The vibes are always really high, so it’s been really fun. Should we talk about that San Jose hubba?
Dude, that was the craziest session we’ve ever had. Everyone got a trick. No one’s ever skated that hubba before, but we all got tricks within, like, 20 minutes. It was one of the most epic sessions we’ve ever had. It would have been different if we all weren’t there at the same time. We all push each other to get stuff. The power of the team together changes things, for sure.

It makes you less scared. If I see your lanky ass jump down something, I know I can! So you’ve been on a hot one lately. When’s the party going to end?
Ah, man, I don’t even know. We all like to party but you’ve got to pick and choose your battles, that’s for sure. Last year my brother passed away so it was definitely one of the hardest years of my life. That made me drink more and there were definitely times when I drank myself to sleep because of how I felt emotionally. I’m getting over that right now and I’m trying to be stronger with dealing with it, without alcohol and whatnot. I know that’s not how he would want me to deal with it. I know he’d want me to go skate and make him proud. Having you guys around me has definitely helped me deal with his passing. There will be times when I’m just in a room with you and I cry for hours. I can talk to anyone on the team about it if I need to. It’s been really comforting, especially when you’re dealing with something that heavy. You’ve go to be able to talk about it and let it out. If you keep it in you’ll completely destroy yourself. Having you guys has helped me so much. Can we end this with Bryce Loy forever? 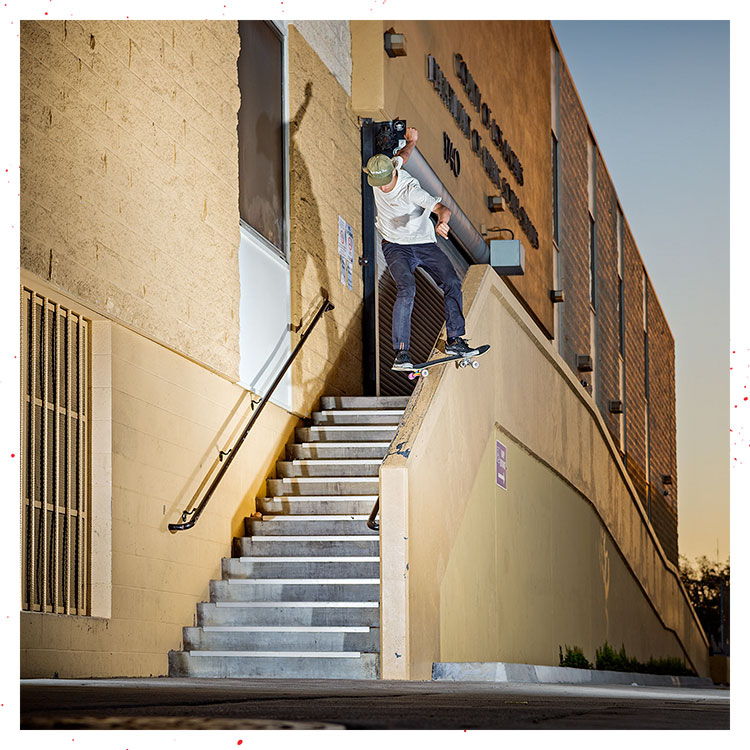