Bad Shit and The Goat embark on the East Coast Skate Rock tour next week. The vans are filling up and the venues are getting booked—check out the dates and how to win a sweet prize package from Nixon and Altamont. 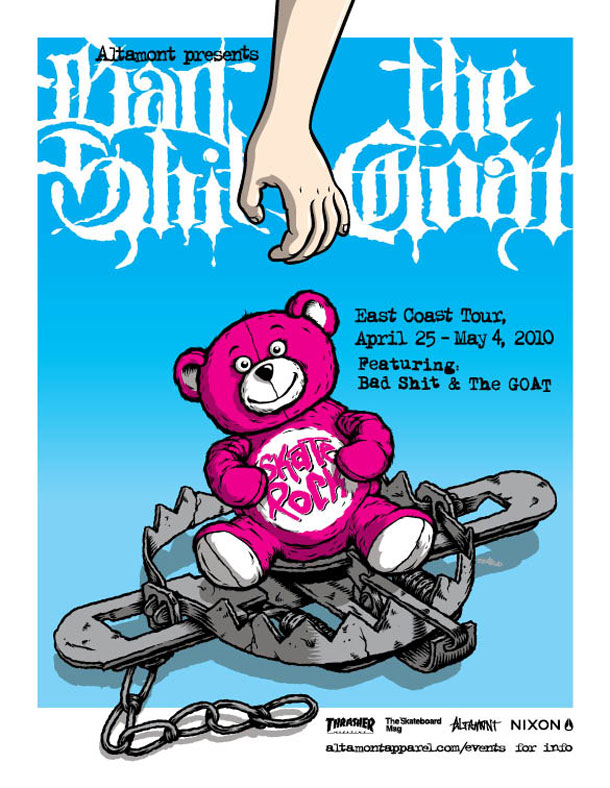 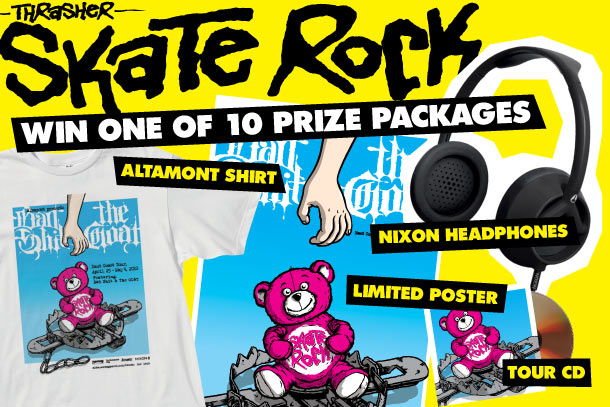 Check out their myspace pages to listen to some of their songs:
Bad Shit
The Goat
© 1981–2022 High Speed Productions, Inc.