In a recent poll, we asked who you'd like to see more footage of, and the overwhelming winner was Anti-Hero's Julien Stranger. This got me thinking of the first time I saw Julien skate in person. I was with Mike Alcantar and BK up in SF at some jam at the park, and Bryce asked us if we wanted to go skate some spots for an upcoming video that would later be entitled Sick Boys. Anyways, these are some of the first skate photos I ever took, so by no means are they that great of quality, but the moment in time will never be duplicated. 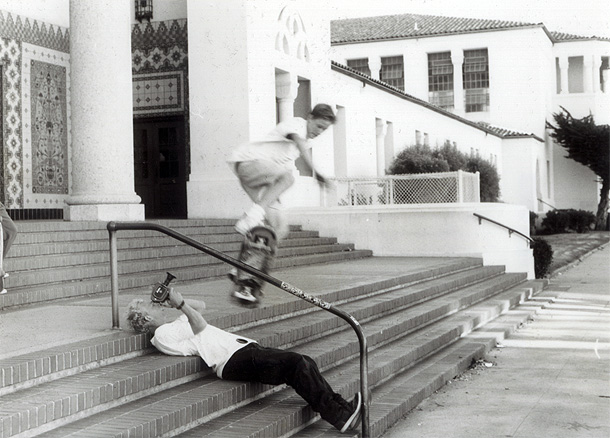 I had no idea at the time how sick Sick Boys would be. Julien warms up with a boardslide over Sick Boys’ producer Mike McEntire. 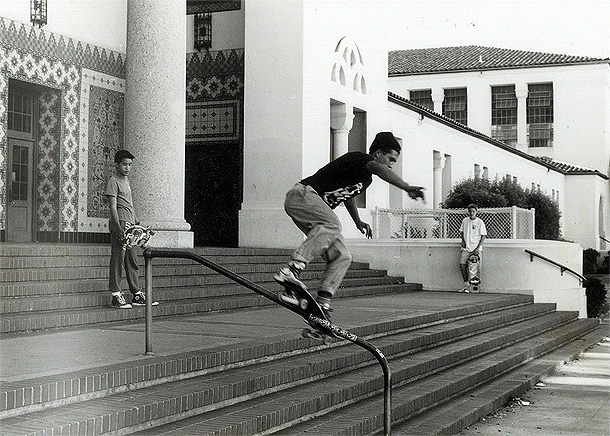 Phil Chen watches on as a leaner Mic-E Reyes slides the bar with ease. 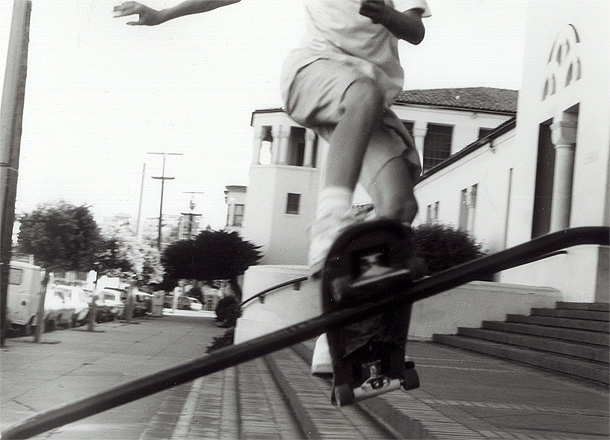 Before I had a fisheye…check out the coper on the back truck. 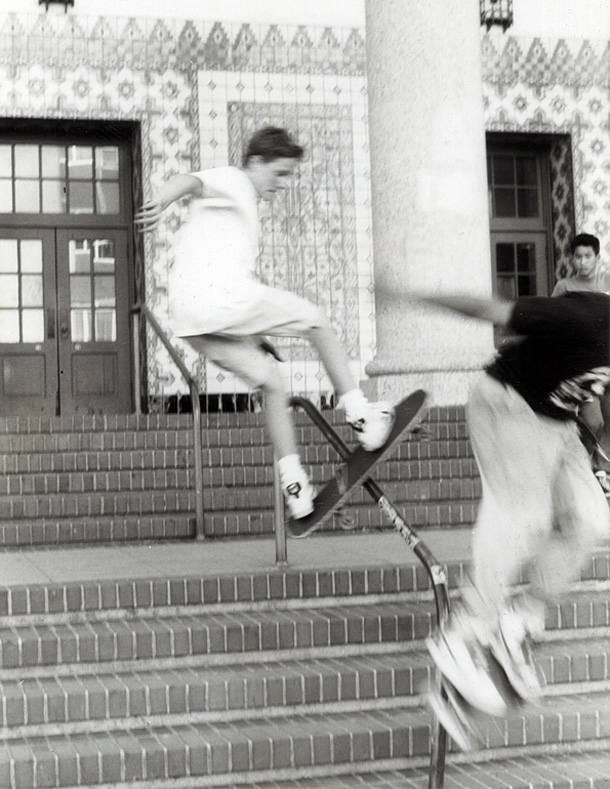 Doubles with Mic-E Reyes out at Everett School. 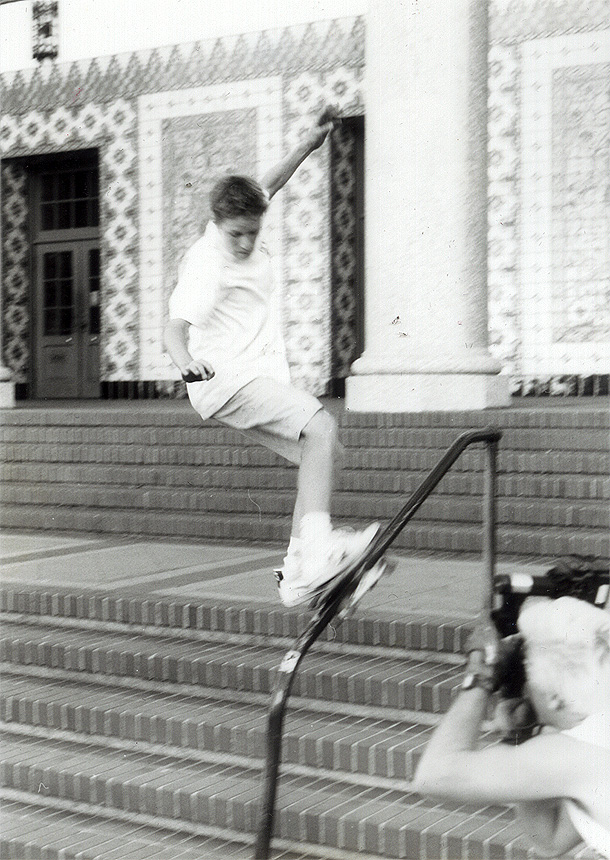 My first poach off BK was one of the first front boards ever done on a handrail. No big deal.

Sidenote: This same day, Mike Alcantar did a wallride over a couch with Archimedes and Mic-E sitting on it that would end up being a Venture ad entitled “Couch Potatoes.”
© 1981–2020 High Speed Productions, Inc.