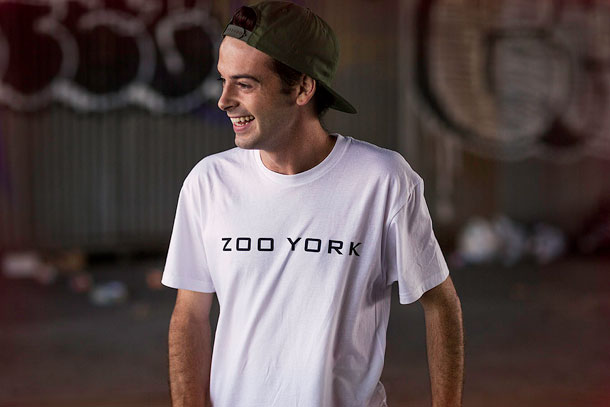 Check out this interview with the East Coast technician where he talks about filming this Welcome to Zoo York clip and what's next.

First of all, how did you get DJ Premier to make a track for your part?
The team manager of Zoo, Ben got in contact with him. Premier's a cool dude. We went to his studio where he has made his beats for over 20 years. He was showing us around, talking about all the people that have made music with him there. It was such a sick experience.

What's your history with Zoo?
I was getting flowed boards from Zoo a long time ago. I never moved out West, but I would go there for the winter because it was freezing on the East Coast. When I was over there, Plan B wanted to flow me boards, so I ended up doing that for a while. I have a girlfriend in NYC and I like the vibe of skating here, so I moved here. Shortly after that, I got back with Zoo. I grew up skating in downtown Boston. Inner city skateboarding is what I come from and that's what Zoo has embodied for the last 20 years. I think I fit here better than anywhere else.

How long did you have to film for this new part?
About five months.

Are you happy with how it turned out?
I'm happy with it. I'm excited to start filming a new full part for Zoo now that this one is done. I want the next one to be longer and I want to travel more. 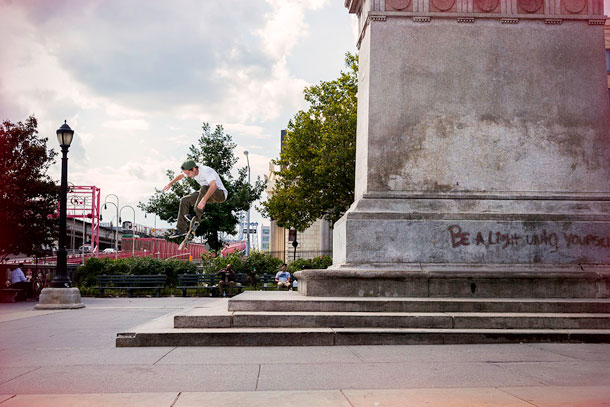 You have a lot of footage in New York and some in LA. Do you have a preference?
East Coast is where it's at for me. I like skating from spot to spot. The spots look worn and sick, like they've been beat down from the winters usually. They're not perfect and you have to learn how to work with the spots, which can be a fun challenge. Dodging cars, people, there are a lot of variables you have to deal with to get your trick.

Let's talk some specifics in the part. Any tricks you really fought for?
Kickflip nose manual nollie 3 flip on that metal manual pad in Chinatown. I tried that for like 3 hours straight. It was really humid and the manual pad was all wobbly. I just said I was going to try it until I landed it and it worked out.

What about something that came easier than you thought it would?
Hmm, probably the backtail tre flip.

You seem to really like the new seaport ledges in New York.
Yeah, it's by the water and reminds me of this spot Aquarium I grew up skating. It's one of the few good spots in Manhattan you can skate on the weekdays without really getting kicked out. And if you do, you can go back in ten minutes. I always really liked Wenning and Pappalardo's footage at the old seaport benches. 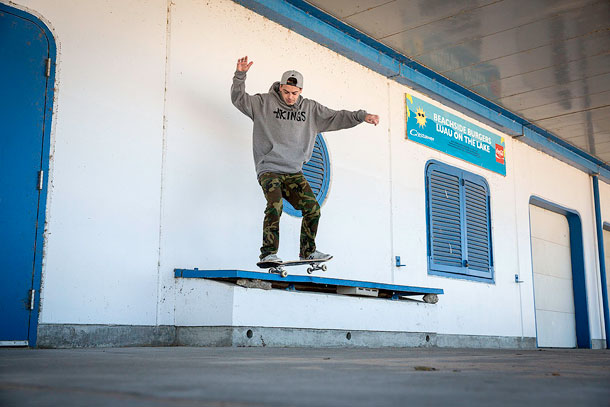 Have you seen a nollie front crook nollie big heel before?
No, I don't think so.

Do you have a favorite trick in the part?
Probably the backtail tre flip. It was a good feeling.

What's it like to film with RB Umali?
He's the man. If you want to film a trick at a spot, he'll make it happen. He's down to push around at night and just see what happens, too, which I like. He's filmed so much awesome stuff I grew up watching. He's a legend. I have a lot of respect for him.

Who on Zoo do you skate with the most?
Probably Black Dave lately. He's been filming for a part, too. We've been skating all over midtown at night which is really fun. 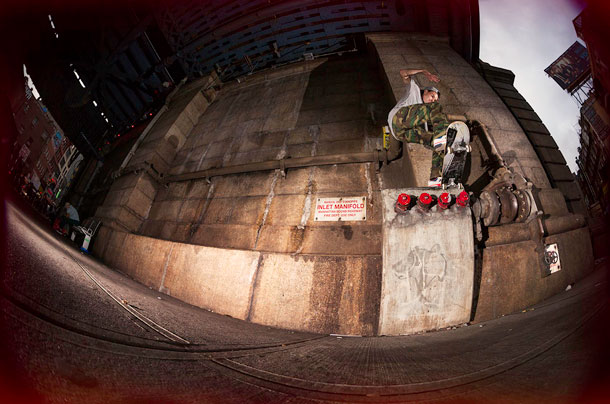 Do you get out with Westgate often? What's it like to skate with him?
Yeah. In the winters, I would skate this skatepark called Skaters Edge in Taunton, MA. I'd hit him up before I went there and we'd meet up for a sesh. We've skated a good few times lately, too. He makes you want to push yourself. He steps up to the gnarliest spots right out the car. That's just how he does. He is so gnarly!

What's next?
Going into filming a new part for Zoo and do some traveling to new cities. I'm psyched!

Thank yous?
All my family and friends, Zoo York, New Balance, Autobahn Wheels, Bones Bearings and everyone that has helped me out along the way. Thank you!