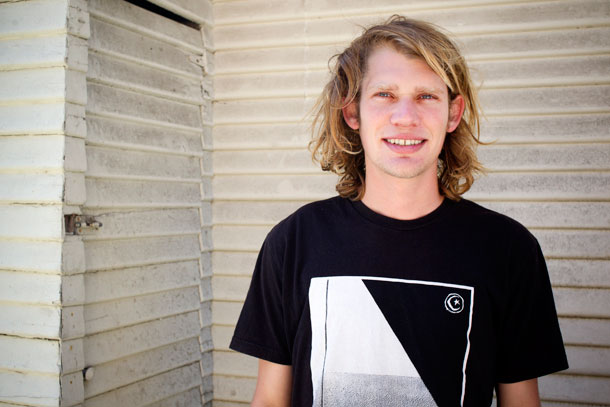 Joey talks about getting on Foundation, skating in Florida, and living in a closet in this interview by Ben Karpinski.


So did you have any idea you were getting on the team?
No, I really didn’t. Right after I walked in so many things clicked in my head though. There was a file on Don’s desktop that said Joey intro vid but I just thought it was something he was messing around with. Some girl also walked up and congratulated me right before we got there and I just thought it was super random. But yeah I fully thought I was going to a bbq. They got my ass for sure.

So this really turned your week around…
Oh for sure. I got a hefty ticket a few days before the party so this really made up for it.

Not to mention going home with Suicide girl after your party…
Hahaha yeah that was pretty fucking cool. I have no idea how that one happened.

Lucky ass her. How long were you on flow for Foundation?
Ever since I was twenty-one and I just turned twenty-five, so about four years now. 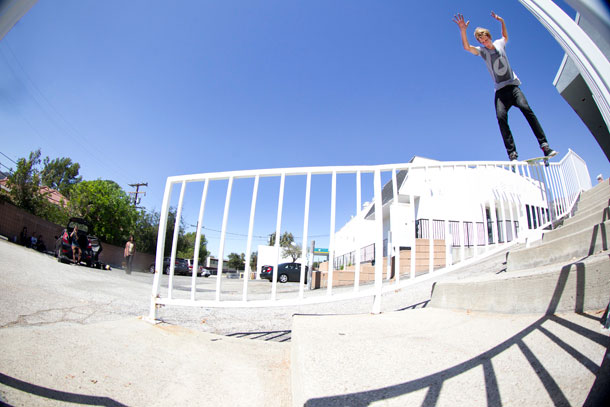 Where are you from?
I’m from Jupiter, Florida.

Isn’t that where Brad Cromer is from as well?
It is. I grew up skating with Brad and all the Jupiter homies. There definitely isn’t too much to skate there but we had a pretty good skate park we would always go to and we would get to travel all around Florida and skate other spots.

Who is your favorite skater to come out of Florida?
Andrew Reynolds for sure but Brad and Blake are tied for second.

How did you meet Blake Carpenter?
Just getting out of Jupiter skating with Brad and my friend Pang. We would take weekend trips to Orlando and that’s where I met Blake. We really didn’t hang out all that much till we both came out to Long Beach. 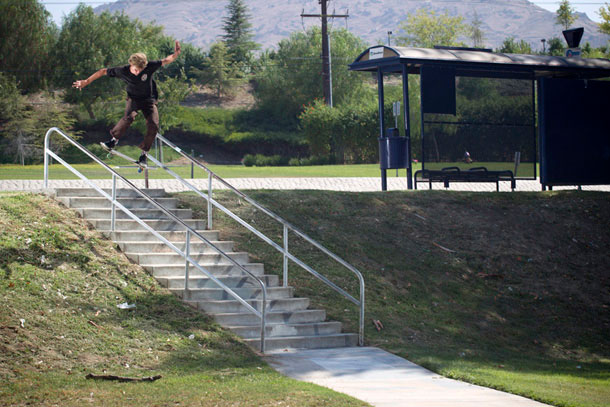 Seems like there have always been a steady stream of independent skate videos coming out of Florida. How many parts had you filmed before you moved out West?
I think four or five now. There wasn’t much else to do growing up in Florida besides the beach or partying so we kept ourselves pretty busy making videos.

What’s been your favorite Florida video?
My favorite is Lofi. My friend Pang made the video and Brad Cromer edited it, we spent a lot of time in New York and Boston filming for it so there was a lot of good times in that video. Also all the Grant Yansura videos are amazing.

How did you get to travel around so much without sponsors paying for everything?
I got pretty lucky. We had friends is Boston and New York so every summer a few of us from Florida would get tickets to Boston and just float around between there and New York for a bit. I was going to school at the time and my parents hooked it up with a ticket since we had places to stay the flight was the only real thing to worry about. 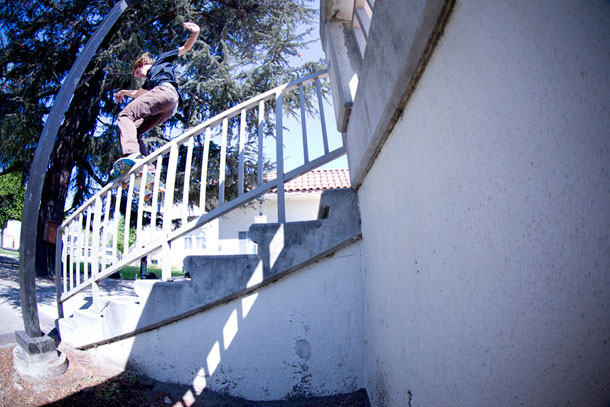 What sort of random jobs did you work before?
I’ve had a few random ones while living in New York. I was working for a moving company for a little bit and then my buddy got me a job doing some PA work for commercials that pretty much gave me enough money to try to move out to California with.

Have you gotten to skate with the Duffman since you moved out here?
Yeah I met him a few years ago when Mike Sinclair had me go on a Woodward trip to meet all the bros. I didn’t really get to see him skate till this last cross-country trip though, it was awesome to see him in the streets. He did some gnarly shit, the Duffman is a legend for sure.

You got a favorite Foundation video?
I’m going to have to say Art Bars but I am super down for WTF actually.

If you could put any former Foundation rider back on the team who would it be?
Heath is the obvious one for sure. David Reyes too though, Damn.

What is the craziest thing you have heard come out of Nick Merlino’s mouth?
Oh god, I can’t narrow it down to just one thing. It's constant with him so you just have to be around him and you will hear some gold.

So now that you’re officially an am are you going to move out of the closet you are currently living in?
I might chill in the closet for a few more months and try to save some money for a bit. Hopefully I will get out of the closet soon though. 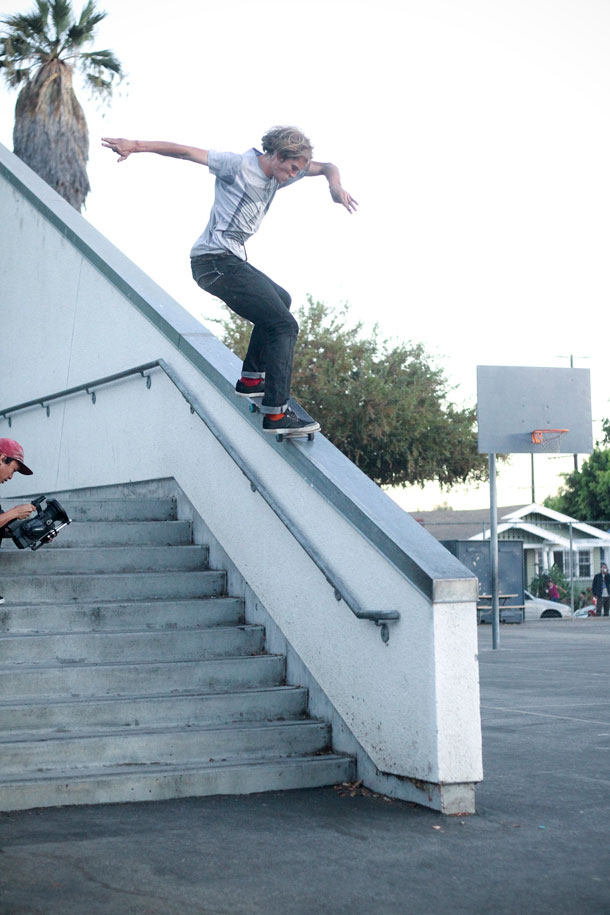 Is that how you got the nickname “Gay Joe?”
Oh god, no that’s just Dakota making fun of how I talk and him fucking with me.

What’s new with the Dust crew?
The dust crew is the best. We’re good, just been skating a ton a staying dusty.

Who all is in the crew? Can I get a roll call?
Lets see we got Don Luong, Jeremy Leabres, Dakota Servold, Ryan Spencer, Braxton Powers, Blake Carpenter, Aiden Campbell, David Reyes and Jaws. Rhino is honorary dust crew as well. In dust we trust.

Who is the dustiest?
Don for sure. 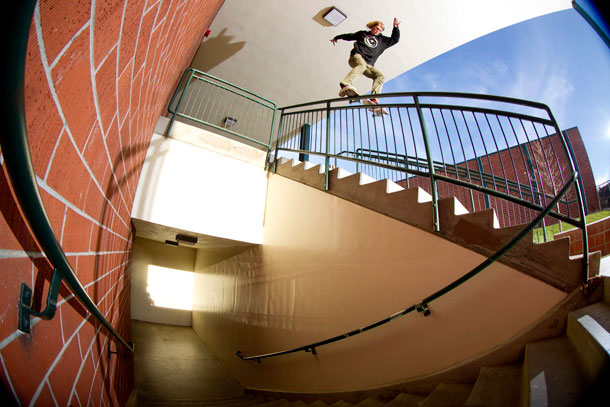 Did it take a while to get that Switch flip at Belmont?
Not too bad actually. I probably got that one in about a half hour.

Is that the go to spot for introducing Tum Yeto riders now?
Not even on purpose. That was just a happy coincidence for sure. We are just all blessed that we have Belmont to go to on weekdays.

Well congrats Joey Thanks for the Interview.
Thanks man.