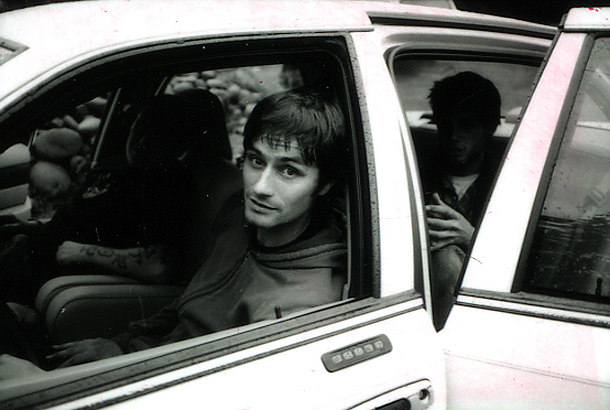 ﻿So what exactly is Emesh, and when did it come into existence?
You can probably answer that one. Emesh is the combination of…there’s probably a better word than combination…it’s the synthesis? The symbiosis? Well, that’s when two things exist together, and they can’t exist separately. So I suppose Emesh is the symbiosis of emo and hesh. We brought the new genre into the world over a weekend trip to Ripon.

Rifle off some Emesh constituents...are there any examples of Emesh situations you can offer up?
Listening to Radiohead while drinking PBR. Reciting poetry while skating Washington Street. Skating a backyard pool while painting a watercolor of it.
Would you consider yourself to be more of an Emesh or Semo (Sensitive-Emo) type?
Emesh some days. I try not to consider myself anything on an everyday basis.

One of your new boards in the Zero catalog is emblazoned with the text, “DIV LIVES.” Who is DIV and why is he covered in blood?
That’s DIV. He called me up yesterday asking where I got the idea. It was supposed to be a surprise and I’d send him the board in the mail, but he found out before I got a chance. DIV is a plumber; he’s more weighted towards the Hesh side of the Emesh spectrum. He’s covered in blood because he was wrestling around one night and got head butted. My friend Alex had this sauna suit made of aluminum foil; you put it on and just sweat a lot. Div tried to rip it off, and Alex didn’t take kindly to that. So they started wrestling, fell over, and Alex sort of head butted him a little bit. 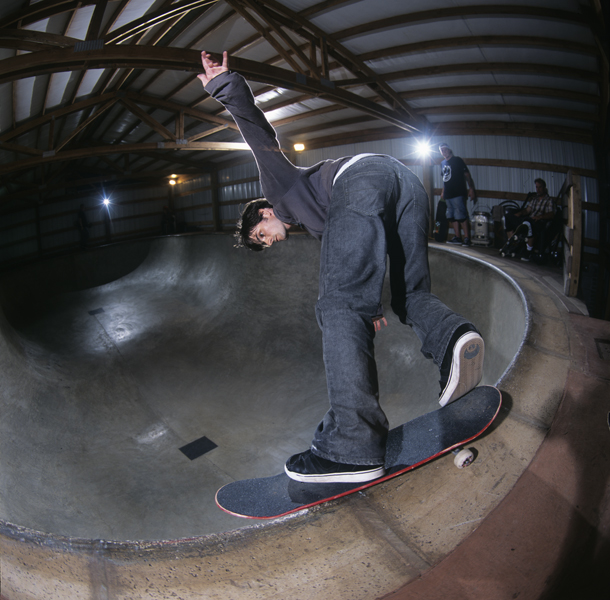 
I’ve seen the photo that Zero filmer Matt Winterberg uses to get his white balance, and he says that’s just how people roll at the Livingston Park. The weathered Polaroid is of a weathered girl attempting to lick her own armpit, is that the gnarliest thing you’ve ever seen at the park?
Oh, the Viet-gnarm pit? That was actually taken in Darby in the North of England while urban camping in a park. Livingston? It’s most likely a fight between a metaler and a hip hopper. I can say with a fair degree of certainty that the fight probably started over booze and music.

How was working with O’Dell on the Epicly Later’d episode? How did you plan out the day?
I don’t know. He called me up and he wanted to do one, so we did one. I woke up, called up O’Dell, and went to Zero. We just did a normal day… Probably skate up at Black Box then go down to Washington Street.

On an average day, who do you think puts back more brewskis, Stu Graham or P-Stone?
P-Stone. P-Stone lives for beer. Whereas for Stuart, beer can be his downfall.

Speaking of P-Stone, it seems as if the ska-doosh epidemic is spreading like wildfire—a drunken wildfire. What’s the game all about?
Ask P-Stone. I don’t know, I don’t know what that is. I’m opting out of that game.

Now that you’ve been animated, put in a video game, and featured on MTV commercial breaks for EA’s Skate, are you planning on making any drastic life changes? Blacked out Range Rover with Kicker sub-woofers? Lifted truck for you and all your bros to chill in?
I might get all of those things and move to Tahoe. Tahoe or the OC.

I’ve heard the game is insanely difficult; have you played it at all?
I have the game, I have no system to play it on.

Did they need to kit you up in the ball suit to capture your movements?
No. No ball suit.

Are you your favorite character on the game?
No, you can’t play yourself. You make up your own character and go skating and meet the pros who give you different challenges to do. You have to unlock certain parts of the city to meet new people.

Does fake Rattray have any moves that real Rattray doesn’t?
Fake Rattray is all together a better skateboarder.

With Osiris’ Feed the Need on deadline and premiering November 2nd, it seems as if everyone has been putting the finishing touches on their parts. Would you say you’ve gotten your ghetto back?
Explain. I’m not quite sure about the ghetto. I’d say that getting your ghetto back just means skating a harsh spot and coming through. So every now and again I get my ghetto back. 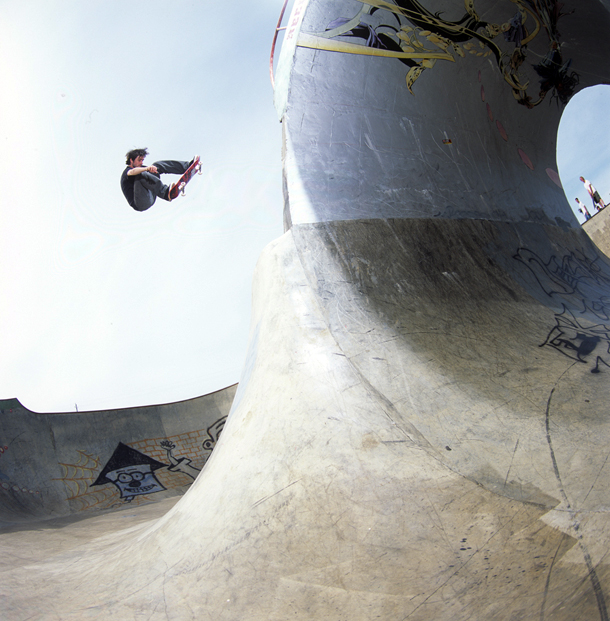 I’m assuming your ghetto was in full grasp when you noseblunted Clipper some time ago. The shirt you had on was a bold fashion statement. Was that the inner ghetto channeled into clothing, or was that just your everyday kit?
It was a combination of events that all came together in the right time and place in the space-time continuum. I found the shirt at Ross dress for less. Or actually, Marshals Clothing Outlet. Regardless, it was just meant to be.

Would you say your formal education has had any play in your career as a professional skateboarder?
It helped me appreciate living the skateboard life. It really gave me a good perspective on how lucky I am to be where I am and not stuck doing something else.

Who’s the toughest Scot and the toughest American?
William Wallace is a pretty tough representative for Scotland. I’m not gonna say Sigourney Weaver. She’s pretty tough, but I think it could be tougher. I can’t say Bruce Willis either, or Van Damme. Chuck Norris, of course. When Chuck Norris falls into water, he doesn’t get wet—the water gets Chuck Norris.

Who would win in a fight, the Gilamesh, the Ogo Pogo, or the Loch Ness Monster?
The Chupacabra would swoop in and just take them all.

I hear you’re turning 23 over the weekend. What are you gonna do?
Yep, the big two-three. It’s a good one. I don’t know, probably go skateboarding or something.
© 1981–2022 High Speed Productions, Inc.