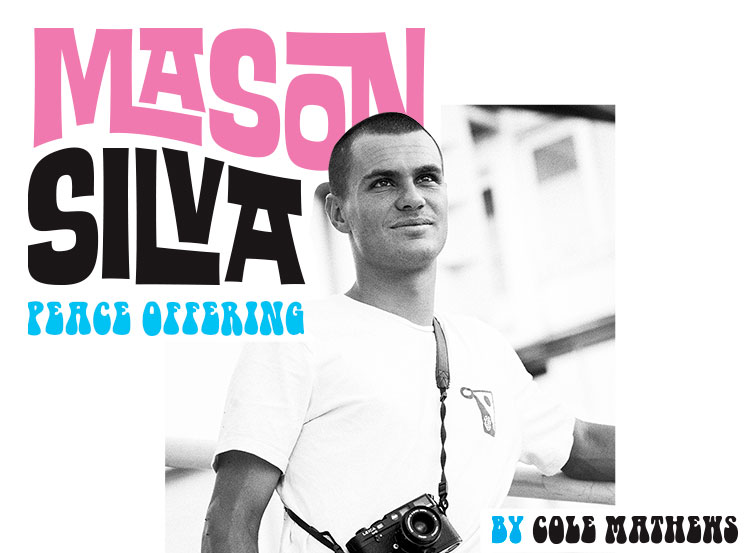 Do you go surfing every day?
Nah. I wish I did but sometimes I don’t like surfing before skating.

You like to keep them separated?
No, my legs just get really sore after I surf sometimes.

Is it a rule that everybody who’s on Former has to surf?
I don’t think it’s a rule but it kind of makes sense.

So you’re just now getting your last tricks for your Peace video part, right?
Yeah, like, 20 minutes ago. 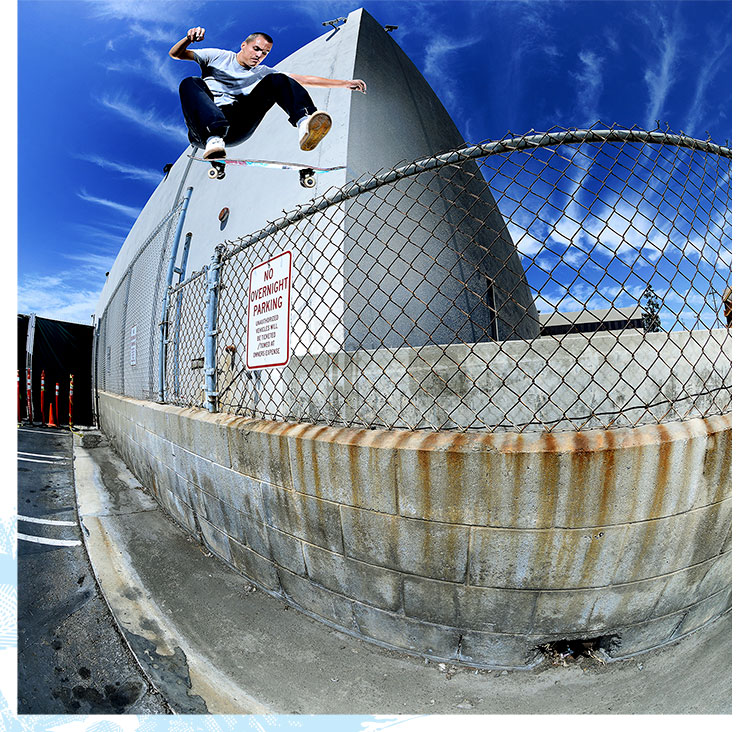 You just filmed your last trick?
It might have been. I think my part is complete now. It feels done.

So is that a relief or what?
Oh, for sure. I’ve been tripping. Now hopefully I can sleep good.

You haven’t been sleeping good?
Not really.

This is that stressful? Jeez, chill out.
I think I just put too much stress on myself. Nobody’s in my ass or anything; I just am.

Well, I guess it’s better to be motivated.
Yeah. I mean, that would suck to be a pile.

I don’t really see you as that type of guy. So with this video part, are you afraid that it’s just gonna disappear after 25 minutes?
Oh yeah, like how you deleted my Red Balloon part?

C’mon! I just thought we had the rights to the song for more than a year.
Yeah, I thought so too.

Does it make you feel weird filming and putting all this time into something and never really knowing if it’s gonna last very long?
Yeah, that’s a new feeling. People put their heart and soul into Instagram posts now, so it’s just kind of funny. 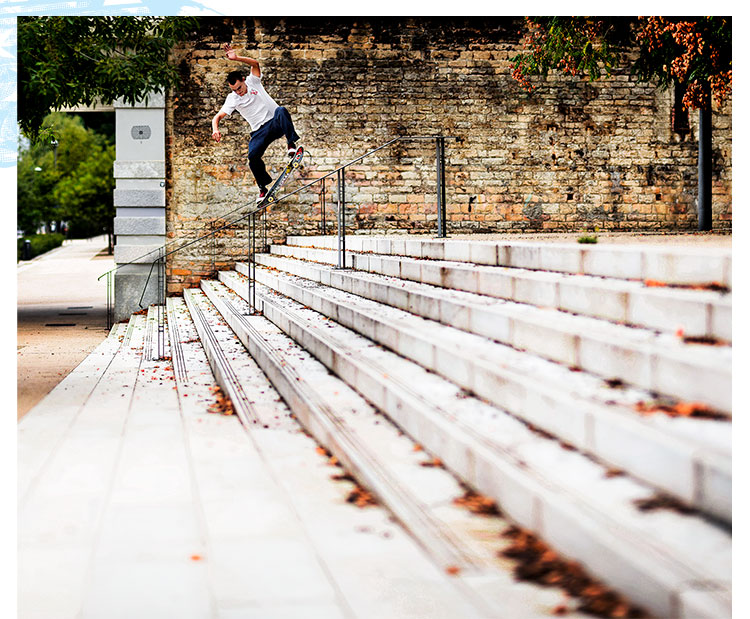 Dead leaves and the dirty ground when your fakie 5-0’s around Photo: Darwen

Well, do you think that you have to?
I don’t think that I have to but I think it helps for a skateboarder’s career at this point. It sucks to say but I think that’s true. Only if you’re Wes Kremer does it work to not do it. If you’re not Wes Kremer then I don’t know if it works like that.

Does Kevin Terpening have one?
Yeah, he does.

Oh. I didn’t know that. What about Jake Johnson? He doesn’t have one, right?
Jake Johnson, there’s another one.

You gotta be on this crazy epic status to get away with not having an Instagram at this point.
Yeah, you gotta be, like, the sickest dude ever and I’m not that.

Frontside bigspin heelflip on his way to becoming one of the sickest dudes ever Sequence: Darwen

But if you were that someday, would you delete your Instagram?
Oh, I’d love to. I would love to delete Instagram.

That’s something to shoot for. You’ve got a new goal.
Your brain feels like it’s melting when you just tap through Stories for, like, 30 minutes. It’s fuckin’ gnarly.

Yeah, but you don’t really have to do that. You’re on your phone a lot, bro. So maybe it’s something that you don’t have to do so much.
I’ve been on my phone for a total of two hours today.

Is there anybody’s video part in Peace that you’re excited to see?
I kinda wish I hadn’t seen them all.

Really? You’ve seen all of them?
I think I’ve seen everybody’s part.

As you were coming up, were you surprised that everybody kept comparing you to Westgate and now he’s on the same team as you?
I didn’t really like it. And I kind of don’t still, because I think Westgate is Westgate. Nobody can be compared to him.

Because you’re angry all the time.
I get angry when I put pressure on myself skating in the streets. I don’t get angry at other times. 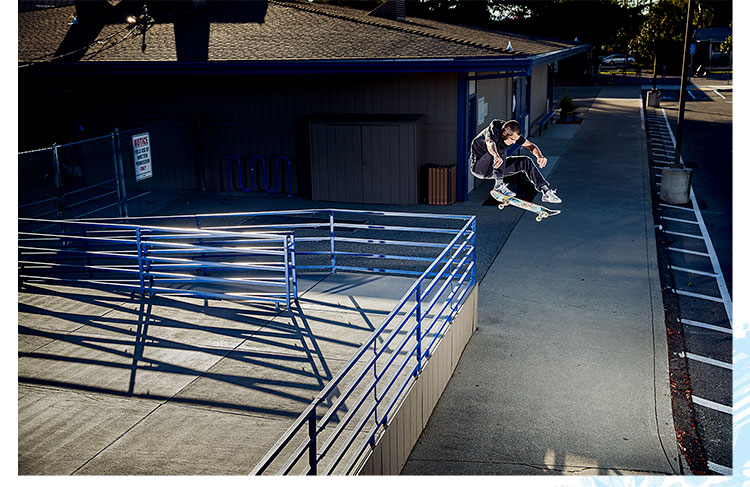 Mason put his phone down long enough to do a kickflip. Then it was back to the Stories Photo :Gaberman

So you’re on top of the world right now, man. You’re newly pro, filming video parts, traveling with all your bros, going to Copenhagen to party for four days and not really do anything. Oh, didn’t you win the speed contest last year? I didn’t know that you’re a contest skater.
Winning the death race means that I’m a contest skater?

Well, that’s a contest.
Yeah, that was crazy. I skated with Dennis Busenitz.

And you beat him.
Yes I did.

Nice, man.
That was cool. 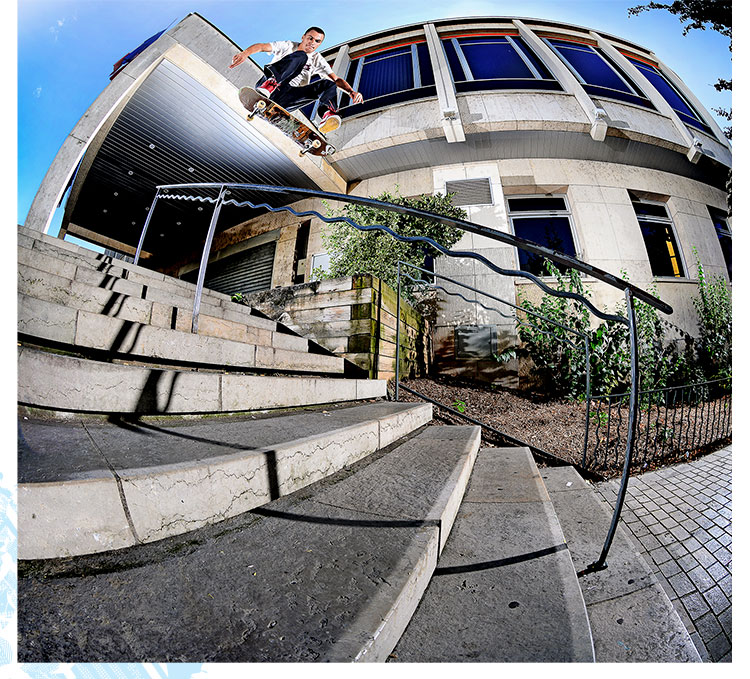 So now that your head isn’t as big—you grew into it—is it annoying that people still refer to you as Big Head?
Totally.

Does anyone still actually do that or is it kind of dead now?
I don’t know if people still really do that.

They at least don’t do it to your face, huh?
Maybe Ant Travis just ’cause he’s gonna forever do that to me.

It’s sort of like any nickname: you don’t get to choose it; it just kind of exists.
Yeah, it’s either like your mom gave it to you or your friends are just assholes.

What’s the craziest thing you’ve seen on a skate trip?
We were in Spain skating the Barceloneta banks and were less than a mile from Las Ramblas. When we got there, getting out of the subway took about ten minutes because everyone was standing still. People were blocking the exit and it was just kind of a weird situation. It was just a really nice day and people were going to the beach and it was really crowded. Then right when we got outside there were a bunch of sirens and everyone kind of looked worried. As skaters, you kind of just keep going and we ended up at the banks and my mom called me right away and was, like, “Are you okay? What’s going on?” And I was, like, “I don’t know. You tell me.” And apparently as we were getting out of the subway a van had just plowed through the middle of Las Ramblas. I think 14 people were killed and about 100 were injured because that’s the most crowded street in Barcelona. It was horrible. We all freaked out. I think we heard that there was a skater on the street at that time and everyone kind of didn’t talk for a bit. When we got home that night we just couldn’t believe that we were fine.

It changed the vibe of the trip, didn’t it?
Yeah. Evan cooked an amazing meal and we drank some wine and were very thankful for the rest of the trip. 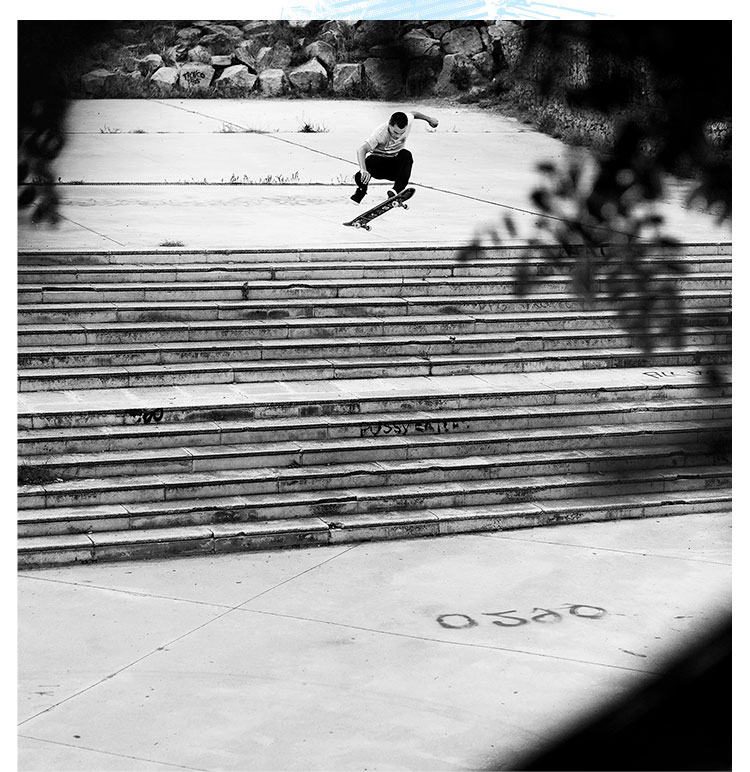 That’s wild. I remember seeing it on the news.
People are fuckin shitty right now in the world and shitty things happen because of that. It was pretty depressing.

Yeah, that was terrible. So let’s talk about politics. Did you vote recently?
I did vote in the last election.

Do you feel like less and less skateboarders, or people in general, give a shit about what’s going on in the United States?
I think because it’s so shitty people just choose not to think about it. It’s easy to kind of drown everything out with memes and shit that doesn’t matter.

And right now do you feel like ignorance is bliss with a majority of skateboarding? ’Cause skateboarders used to kind of stand for something. Do you think that’s missing in skateboarding or does that even matter?
I think it’s still kind of there but I see what you mean. I think letting skating speak for itself is fine, too. That’s a played out term, though.

I think some people would much rather keep religion and politics out of skateboarding and I think that’s fuckin’ pretty normal. Most people don’t want to talk about who they voted for or whether or not they believe in God of any of those things. I feel like they barely let anybody else know that about them at all. But those are pretty big parts of people’s personalities.
I think it can go both ways. Growing up, I liked people that I’d seen who were funny in interviews and stuff and then I also gravitated towards people like Heath where I probably didn’t even know what his voice sounded like. You barely heard a word out of his mouth.

So you’re kind of just a chore for everybody.
It seems like it recently.

How are you gonna celebrate?
Probably eat a Go-Gurt.