David Broach went to Mike Anderson's celebration for his recent step up to the pro status. 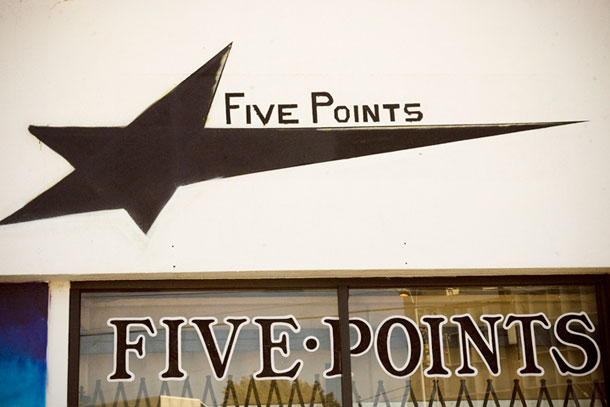 Mike Anderson had his pro deck release party at 5 Points skateshop in his hometown of Ventura yesterday. This shop's been around for 25 years! 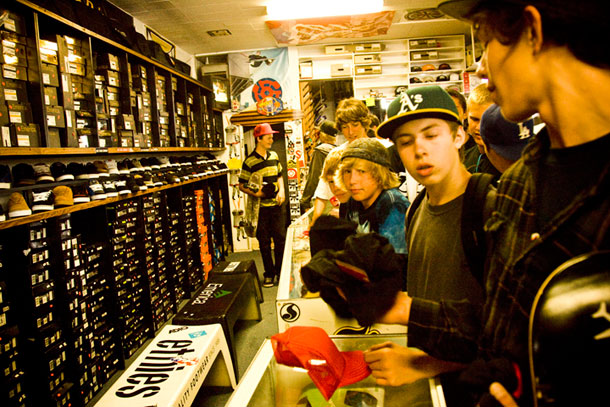 Lots of kids showed up for an autograph. 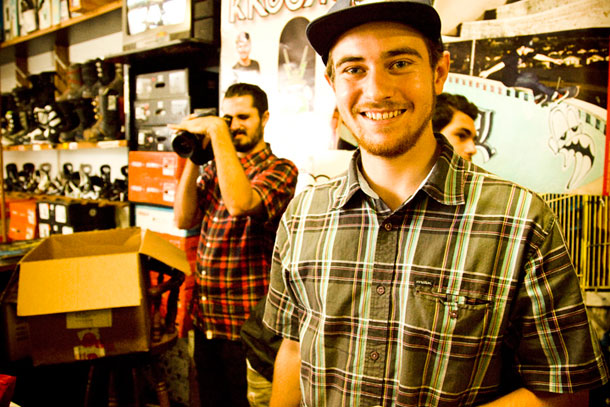 Mike ready for some signin'. 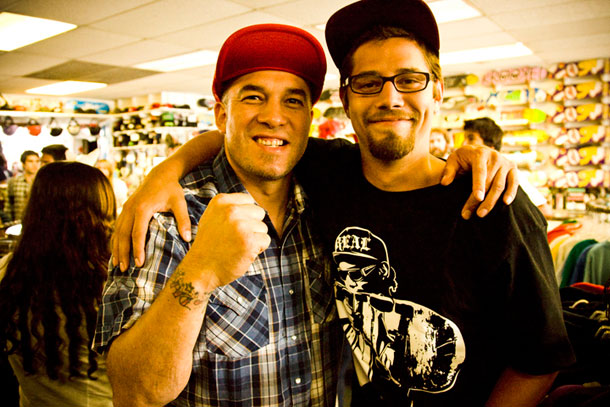 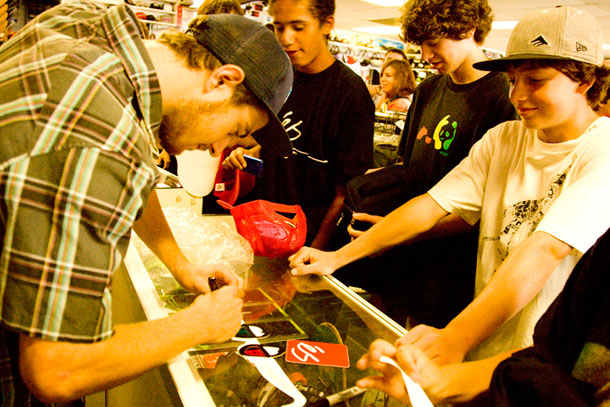 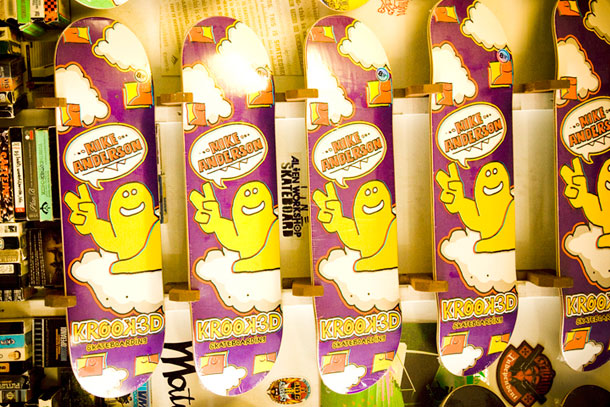 One of Mike’s first boards. 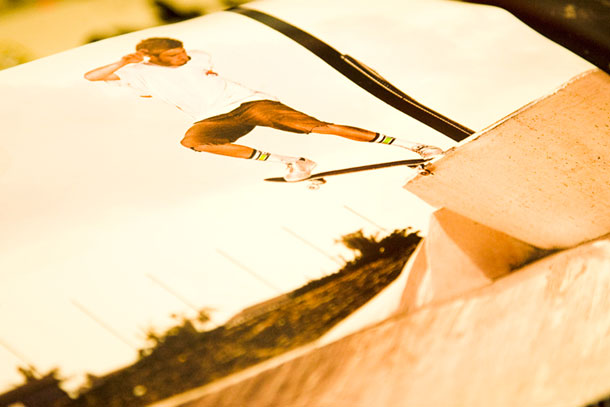 This is as close as I came to getting a skate photo yesterday. 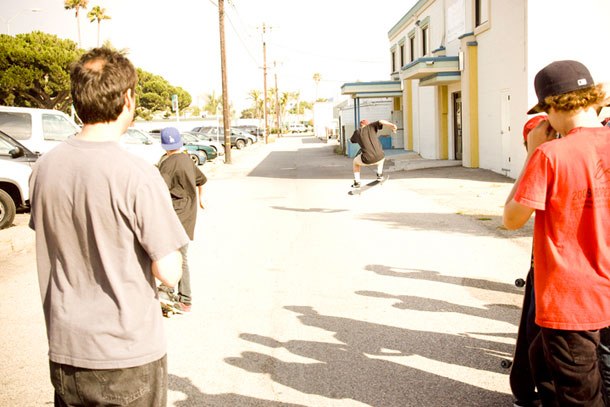 I take it back. This is as close as I came to a skate photo yesterday. What do you think, Phelps? Double pager? 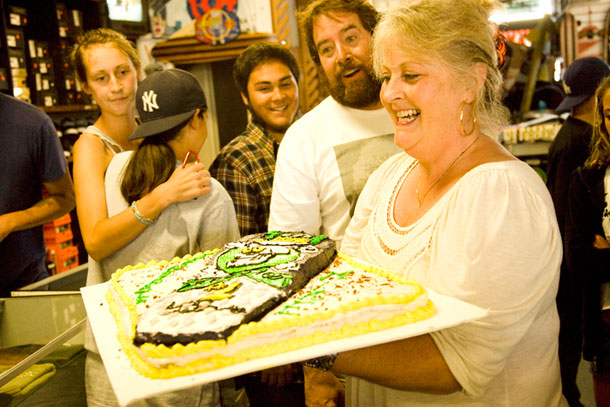 Mike got a cake. 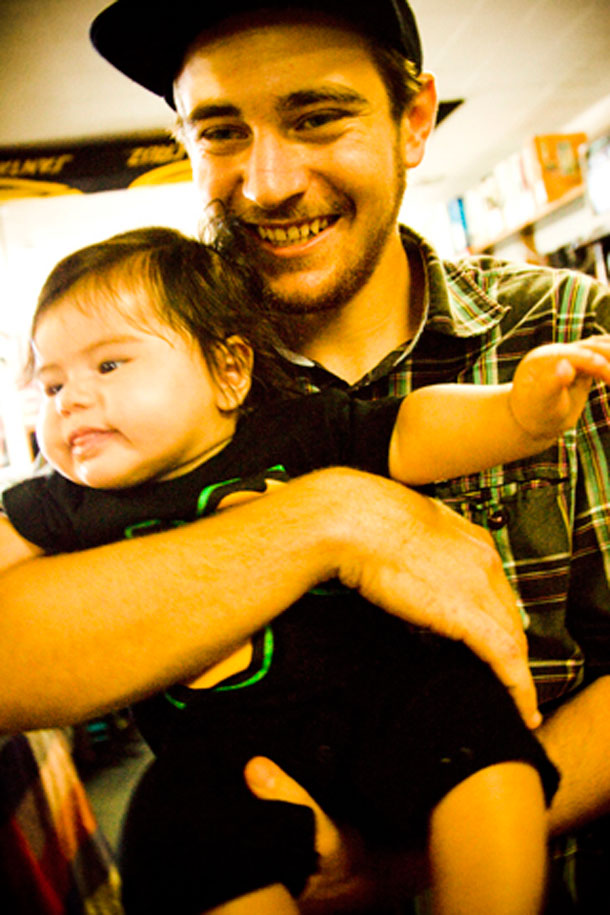 Mike with his daughter Lyla Lee, being all-cute and stuff. 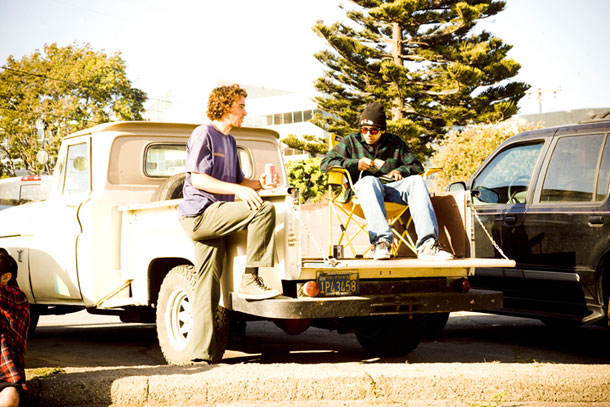 Tailgating a bbq in Ventura. Life doesn’t get much better. 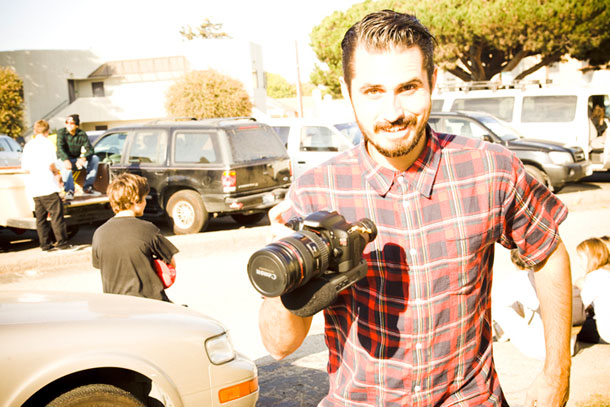 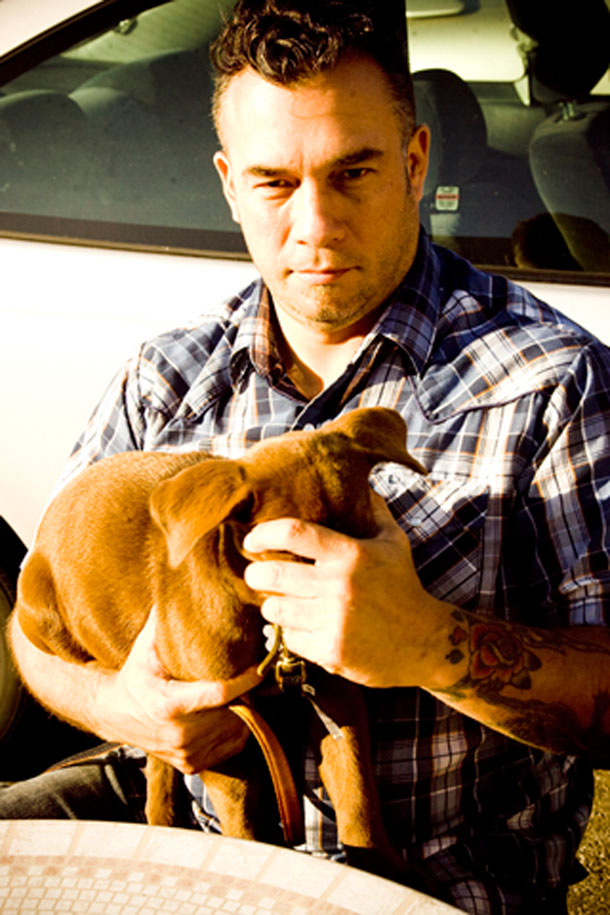