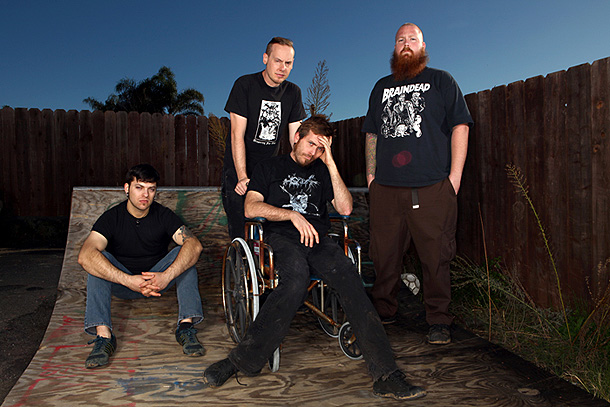 Posted: January 15th, 2009
"We wanted to do a death metal band and I guess we decided to call it Cattle Decapitation."

Bovine mutilation is the act of killing cows in the name of mass consumption. Inherently evil are the multi-national death corporations who regulate population control by brainwashing our fast food-infused societal mass of fat, retarded humans into an early grave. The following is a Q&A with Travis Ryan, lead singer of San Diego’s finest death metal band—Cattle Decapitation. With a brand-new album out on Metal Blade, The Harvest Floor is the band’s most brutally intense work to date. During our interview at a recent show, some drunk dude wandered into the street in front of the venue and got hit by a car. Awesome.

So there’s a veggie burger named after the band?
Yeah. Our friend Dave, who plays in Tiltwheel, owns this restaurant called Hamilton’s in South Park. We used to go there all the time. He called us up one day and asked if it’d be cool if he named their veggie burger “The Cattle Decapitation.” I said, “Fuck yeah!”

Everyone in the band is vegetarian, right?
Pretty much.

Who came up with the name Cattle Decapitation?
These dudes who aren’t in the band anymore. They wanted a band name with the words “cattle” or “decapitation.” They basically wanted to rip off Carcass. They wanted it to be a Carcass clone band. It didn’t really work right off the bat. After I joined the band, our main objective was to do a Carcass-esque death metal band. At the time, we didn’t think there were many bands like that out here. The only bands that ever tried doin’ that were from fuckin’ Sweden. I don’t know, we wanted to do a death metal band and I guess we decided to call it Cattle Decapitation. 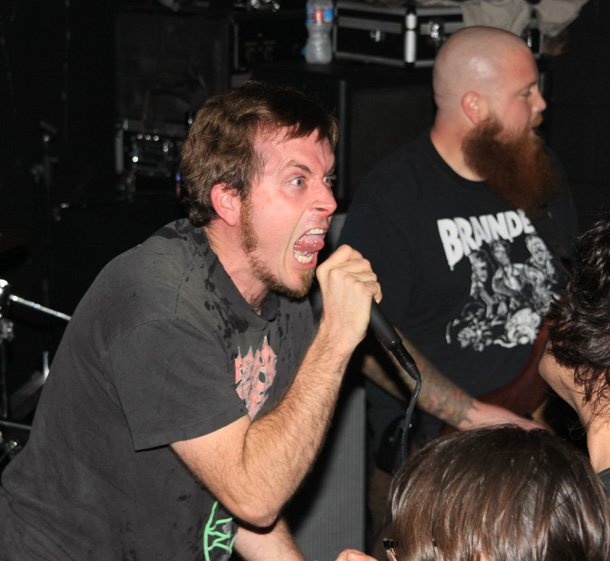 Are you guys animal rights activists?
Not like everybody portrays us to be. I mean, everybody tries to make it sound like we’re out fuckin’ picketing Burger King or McDonald’s or whatever. I mean, we all have real jobs. Honestly, it’s kinda just like an underlying theme in our music and our lyrics.

Everybody in the band is from San Diego?
We all live here. Josh is from Bumfuck, Illinois. Our drummer is actually from Chile. He is very Latin. He’s definitely the heat of the band.

He kinda looks like a yoked-out version of the bass player from Interpol.
Great observation, but I think he looks exactly like the drummer. 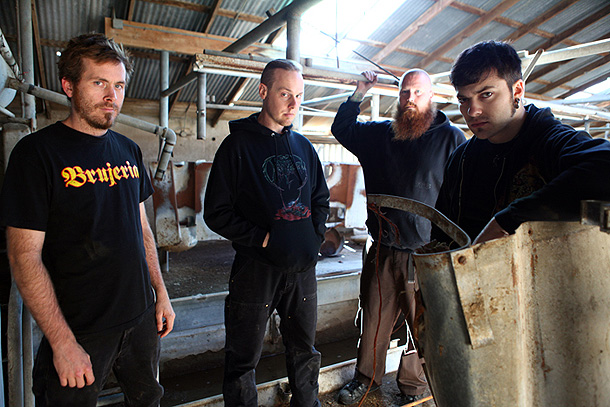 Do you guys think the San Diego metal scene is weak?
Kids here don’t seem to really try to branch out and test new things, or even go to a show just for the sake of there being a show in town. They go to only what they know. I mean, fuck, if somebody told me there was a metal show goin’ on in San Marcos when I was growing up in Escondido, I would’ve shit my pants. North County doesn’t get shit.

What’s your guilty pleasure? What album do you listen to that nobody would ever think you listened to?
I’m gonna say the fuckin’ Blackout album by Britney Spears. It sounds like candy.