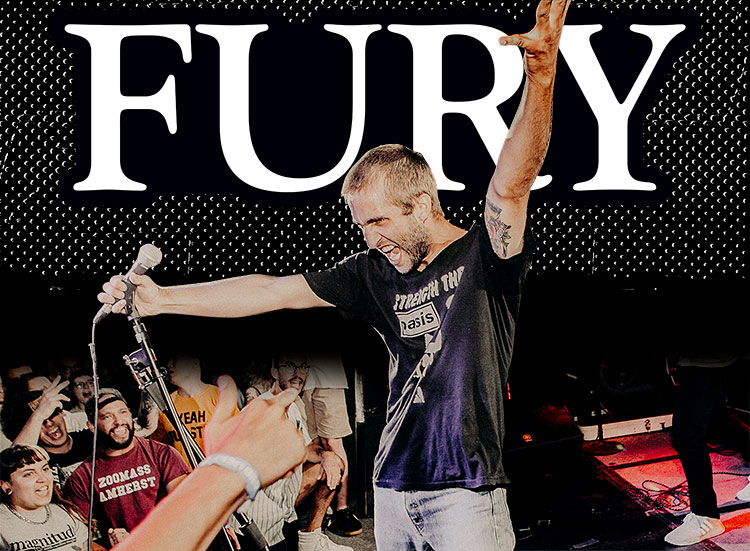 This band will not stop. The crew from Orange County gave the hardcore world the rude awakening it deserved with their first full-length album, Paramount. Since then, these guys haven’t even thought about slowing down and are getting ready to give us another dose of energy-filled sounds. We sat down with Madison, Jeremy and Alex to catch up and see what they’ve been up to. —Alex Guibert

Last year you guys released Paramount, a first full-length album for the band, and since then the band has received a lot of positive feedback from the hardcore community. Has this affected the way you guys view the band and its weight in the hardcore scene?
Madison: No, I wouldn’t say so. It’s letting us tour other places we never thought we would be able to tour, but I don’t think it has changed our view of our place in the hardcore scene.
Jeremy: we definitely acknowledged the fact that it is happening, and that’s reassuring, but it’s not going to change the way we view ourselves in the scene. But it definitely has been a positive thing that we have been able to take advantage of.

You guys recently put out a few tracks on your Bandcamp, but this release is a bit different from an ordinary promo tape. What’s going on with this one?
J: Those are some songs that are coming out on the next record and just because we had time to track them and we saw a lot of the terrible things happening we put two and two together and just thought it would be cool to donate all the profits to a good cause.
M: That’s kind of how it went. It was like every week something terrible was going on in the world, so why not just do our part and help out where we can. I don’t think it made a dent in anything but it felt good on our conscious to donate all of the money to Planned Parenthood.

Do you feel the hardcore scene changed the way they view you.
J: Those who were maybe on the fence gave the record a listen and sealed the deal.
Alex: I think more people might know about us but no one seems to have a different attitude or mentality towards us.

Fury seems to have been on the road a lot following the first album’s release. Does it feel better to be back home or are you guys ready to get back in the van?
J: Being able to tour is something you can’t artificially recreate. That feeling is pretty addicting to connect with people like that and see different people in different places. But it is strenuous, anyone who’s done it will tell you, and that aspect I don’t like as much. I do like being at home, somewhere comfortable, but you can’t beat that feeling of being 20 minutes into your gig and getting on that next level.

I heard you guys had some bad luck with the tour van on your last West Coast tour. How did that play out?
J: The last few tours, actually. We were the victims of thievery. We did a tour on the West Coast with our friends from Gag and we were sharing a van, and the entire van was stolen. And then two weeks later in Brooklyn we got more stuff stolen.
M: We kind of learned from the first thief to bring our stuff inside so not too much stuff was stolen that time. It’s happened to us four or five times now.
A: First time was LA on East 7th, right? I got my passport and a bunch of money taken that time.

Your bass player Danny got his Magic the Gathering cards stolen this most recent time, right?
M: Yeah, that one really tore him up.
J: Danny has also got, like, five pairs of Jordans jacked, too.
M: I actually blame it on Danny’s Jordans as the catalyst for our shit being stolen, because whoever robbed us sees the Jumpman through the window, but little do they know that Danny has the actual worst taste in shoes. The thieves should be dying to return those shoes back to Dan.

So it’s just happened a few times?
M: Yeah, just a few times. Oh, this isn’t really anything getting stolen but Alfredo, who plays guitar for the band, got escorted off a plane last week, which was a different experience.

Why was he escorted off the plane?
M: The people around us must have thought he was getting arrested, but we actually brought all of our merch on board and didn’t declare it, so the guy on the plane was, like, “Yo, you can’t bring all this shit on board,” and escorted him off the plane right before it took off, and he stayed behind in Canada for 24 hours, which must have been rough.

Did he make it back okay?
M: Yeah, he was so bummed about it when he came back. I think he just watched The 40-Year-Old Virgin and got drunk while he was there. Honestly, sounds like a dope night to me.

You guys also did a few European trips and a Japan tour as well. Was the hardcore scene outside of the US a different kind of experience for the band?
J: In a way, definitely worlds apart. I mean, they would be similar as far as hardcore scenes would be similar anywhere, but the culture behind the people make it worlds apart. Like American bands get treated very well in Europe, as far as hospitality. Japan is just a really respectful place, and are very proud people in a healthy way, which is sometimes not the case here in America.
M: They’re really supportive over there. I’ve actually never felt more comfortable touring than when we were in Japan and a lot of Europe

Speaking of scenes, you guys are based out of Orange County, California, which has had a very proud hardcore scene since practically the beginning. Why do you think the scene has persisted over the years here?
M: The politics of the county have added to it. We see it firsthand here, so that’s what I feel makes a lot of us want to pick up an instrument and play loud and aggressive music time and time again.
J: Orange County is a very conservative place and hardcore is a reaction to it. We see a lot more hypocrisies here than in other places. Plus, there’s always kids. I mean, people come to the suburbs to have their families, so it makes sense why there’s always a new crop of kids who are go-getters.
A: I don’t really know. There’s always just new kids that come out to shows and get hyped and just wanna do it themselves.

Do you feel that bands coming out of Orange County are overlooked?
J: Not overlooked, but sometimes looked at the wrong way. I think that California in general gets a bad rap, and I think the one thing we never do is we never bullshit. We really don’t pretend we’re something that we’re not. We just work really hard.

With LA and Orange County literally being neighbors, do you feel there is a difference between the two as far as giving bands the room they need to grow?
M: I feel like OC is a nice middle ground and not to mention there are, like, 15 things going on in LA literally every night. In Orange County if one bigger band pops up in a smaller venue, everyone is, like, “Oh yeah, I’m going to that.”
J: And If something like that ever happens in LA it’s curated and made out to be bigger than it is, but we have a nice problem of having many places to play.

What are some OC bands, hardcore or not, that influenced you guys personally?
M: Uniform Choice definitely helped shape the band.
A: Inside Out, Chain of Strength if that counts.