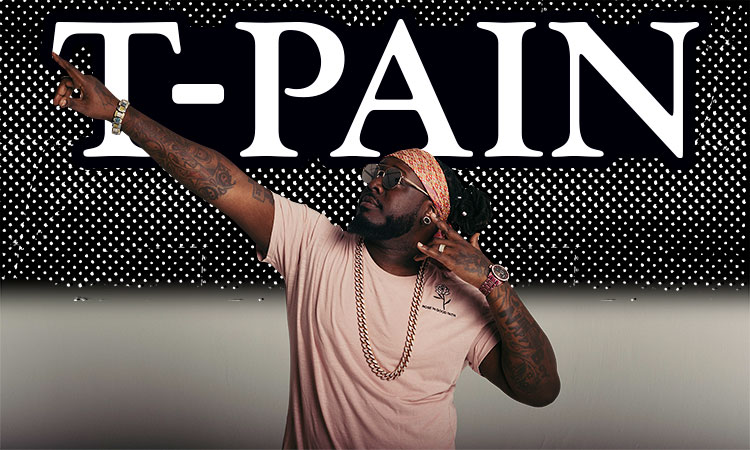 Grammy Award-winning singer-songwriter T-Pain, or Tallahassee Pain, is in a place where he has nothing left to prove. As the unofficial godfather of Auto-Tune, he’s established his legacy at just 32 years old and influenced countless artists, including Lil Wayne, Kanye West and Snoop Dogg. He just released his first solo album in six years, Oblivion, and is seemingly on top of the world. But the road wasn’t always paved with gold. While at his home in Atlanta, the Florida native opened up about the “pain” in his name, rich people and his short-lived skateboarding career. —Kyle Eustice

I want to talk a little bit about the “pain” in T-Pain. Why did you pick that name?
Well, because I was broke. That’s one of those things you go through—being hungry and not being able to do anything about it. It was tough. It was a sucky situation. Instead of calling myself T-Sucks, it was T-Pain. You know, it was just a heavy situation. It just wasn’t fun. I’ll tell you that. But you know, normal struggle shit.

Would the pain kind of mean something else today?
I mean, where I came from made me who I am today, so I didn’t want to change the meaning just because I’m doing better. What if I go back to doing like shit? It still molded me as an adult now, so I keep the name.

I was watching an interview with you on The Breakfast Club and you were talking about a period where you chose music over family. When did you kind of hit that realization that something needed to change?
People started not fucking with me anymore outside of my family, and I realized that my wife and my kids were the only ones that’s really sticking with me through all this bullshit. So why am I trying to tweet all these people I don’t know and make sure all my Twitter mentions are poppin’ and all that other bullshit instead of making sure my people are good at home?  Fuck these other people that don’t care if I live or die.

I’m sure fame comes with a lot of bullshit. I can’t imagine what that would be like.
Yeah, it sucks. Ha! Everyone thinks rich people can’t do shit for themselves, too.

Do they expect you to have a butler?
They automatically think we get waited on hand and foot with everything. They don’t think we tie our own shoes. Sometimes that’s what some artists portray and that’s not a real thing. That’s annoying. I hate when people tie my shoes. I’m not a child.

You’re like, “Let me do the Bugs Bunny ears myself!”
Right! Goddamn it. I ran into money and all of a sudden I forgot how to tie my shoes? But I get it. It’s just what some people portray. The most famous people portray that, so the general public is going to think that’s how all of us do it.

I feel like when artists are more successful and more confident in their careers, they don’t have to flex their egos. You know what I mean?
Right.

Have you noticed that?
There’s people that still got something to prove. People want to kinda make it seem like they’re on top of everything, but they’re not. You a big fish in  a little pond.

It’s almost like the more famous they are, the cooler they are and the lesser known they are, the ruder they are?
Absolutely! I think it’s normal now. People at my level—we’ve been out of the country; we’ve been everywhere we wanted to go; we’ve seen glass elevators; we’ve seen all the shit that people think is the top already. When you get somebody that’s preforming at a packed club with 2,500 people, they boast about it, and when I show them I performed at a stadium, they’re, like, “Well, my shit was packed, too” and I’m, like, “But it wasn’t a stadium.” You got to wait ’til you get to that stadium level and you gotta hope to God that Metallica ain’t performing that night. You will never be at the top until you get to the fucking top. And you got to fill up multiple stadiums by yourself. Nobody knows what the top is, so the level that they’re at seems like the top because this is the best they’ve done so far.

Who would you say is at the top? Are we talking, like, Paul McCartney and The Rolling Stones?
Yeah, we’re talking people that have been touring since the ’80s—touring full on, selling out seats since the ’70s and the ’80s. We’re talking about obviously all the rock bands like Queen. Like, good God! Nobody would be able to tour ever if Freddie Mercury was still here. 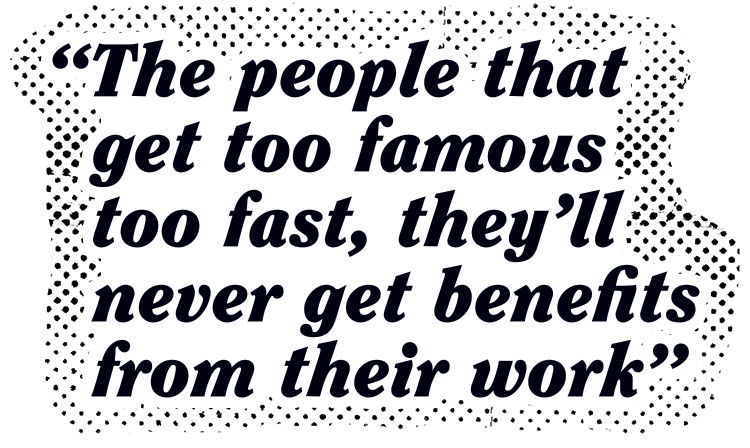 What do you think about this Insta-fame era that we’re in? Does that kind of take away from an artist’s legacy in a way?
Not at all. It’s about being talked about a bunch and actually getting benefits from your work. The people that get too famous too fast, they’ll never get benefits from their work unless they start doing other things. You know what I’m saying? People like that get talked about every day because they seem interesting right now. People can see when you fuck up, and it’s interesting and it’s entertaining because we like to see people fuck up. You can get talked about a bunch, but where’s your advertisement at? They’re not playing your songs at Walmart. They’re not playing you on the fucking elevator. They’re not playing you. You don’t even have radio airplay.

Before you go, what was your relationship like with skateboarding? Did you ever get into it?
I actually did get into it. I was actually pretty good and then I found out that I wasn’t.

How’d you find out that you weren’t good?
I dislocated my shoulder. So once that happened, I was in a cast and all that bullshit. I wasn’t able to play keys for awhile. I was super young—like ten or 12. I couldn’t do things with my hands anymore and I needed to keep playing and keep recording, so I had to let that go. Once I hurt myself, it was a wrap on skateboarding.