The Jesus and Mary Chain Interview 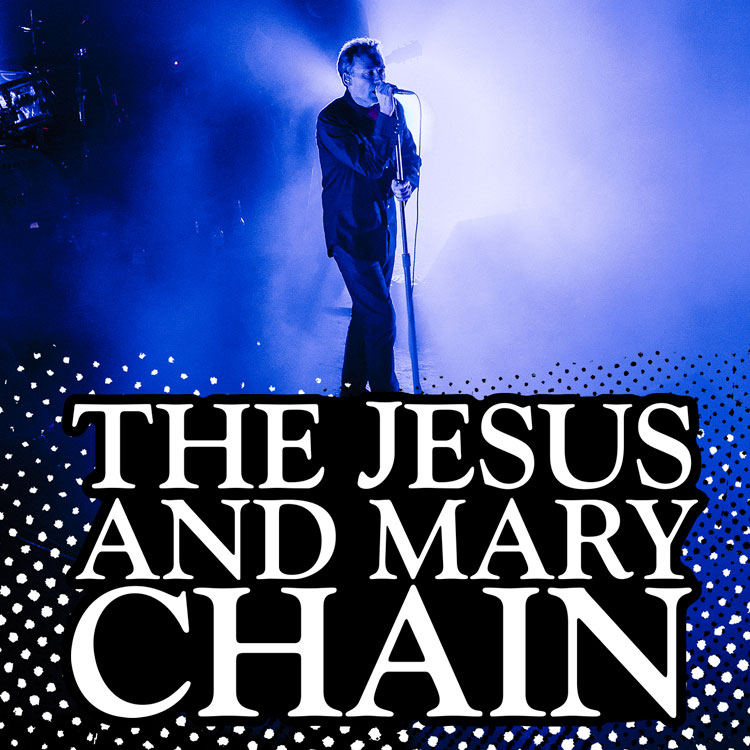 As young kids growing up in East Kilbride, Scotland, Jim Reid and his older brother, William, would feverishly watch the ‘60s British variety show, Top of the Pops. Every Thursday, artists like David Bowie, The Rolling Stones or The Beatles would come alive on the television screen and kids would fall in love with their innovative music. The Reid brothers never imagined one day they would be on Top of the Pops as The Jesus and Mary Chain. Formed in 1983, the group released their first album, Psychocandy, in 1985, which has stood the test of time. After five more albums, including 1989’s Automatic and 1992’s Honey’s Dead, they officially broke up in 1999, but reunited in 2007, breathing new life into their music. Despite the drugs, violence and drinking of the ‘80s and ‘90s, Jim Reid made it through and today enjoys a comfortable life in Devon, England. In his unmistakable Scottish accent, Reid had a few moments to talk about discovering punk music, being dubbed the “new Sex Pistols” and why Lollapalooza was one of the worst experiences of his career. Interview by Kyle Eustice | Photo by Jordan Joseffer

What was that moment like when you discovered punk?
It was definitely a bit of a landmark among the road. We were already quite into music when punk happened. We were into glam when we were younger. The glam thing was quite important. When we were really young, we were into The Beatles. As kids, we got a record player with no records to play on it. One of our cousins had a bunch of Beatles records and that was kind of our entrance into music. When punk happened, that’s when it went from being a bystander to realizing you could actually take part in this thing; that being in a band wasn’t necessarily just something other people did, it could be something you could do yourself. The whole punk culture ethos was get yourself a guitar and learn to play it. You don’t need to spend two years doing it; you could be in a band in a couple of weeks.

What was your first band?
It was actually The Jesus and Mary Chain.

Really?!
Well, you see the thing is we are quite lazy. When punk happened, William bought a guitar and that guitar just laid there gathering dust and spiderwebs in the corner for five years. We didn’t exactly rush to start a band. The Mary Chain was our first band.

Didn’t you show up super drunk?
Well, you kind of sit around all day waiting and the Mary Chain were never really good at sitting around so yeah—we got quite drunk. We didn’t do anything. Nothing got destroyed and nobody got insulted, but the fact that we got drunk on the BBC premises was enough to cause an upset anyway.

At one point, the media started calling you the “new Sex Pistols.” Did you feel that was accurate?
I think one or two people said that in the music papers. We were quick to nip that one in the bud. It’s very hard to live up to those kind of comparisons.

I read you were heavily influenced by The Beach Boys and Phil Spector, music you wouldn’t necessarily think you would be into.
The thing is we’re into all sorts of different kinds of music you wouldn’t think of. I think most people in bands are the same. Anybody that picks up a guitar, it would be a bit depressing if all you listened to was The Velvet Underground and Joy Division. It would be boring if that was all you were interested in. Those bands are great, but there’s a bunch. Me and William like so many kinds of music: Dean Martin, Sinatra, Dusty Springfield, anything, you know? If it’s good, it’s good.

You did the Psychocandy tour and I read you were really happy that so many younger kids were discovering this album for the first time.
Yes, it makes it less about nostalgia. It really would be a bit depressing if it was only about nostalgia and was just about those people that bought the record in 1985, coming to hear the record be performed. And that’s fine. It’s great to see those people, as well. But it keeps it more fresh if you look out there and you see kids that weren’t even born when you were making that record. That’s a good job done. Psychocandy was not meant to be a disposable piece of entertainment for the late ‘80s. It was meant to outlast the band. I hope that there are people listen to Psychocandy after I’m dead. That’s what The Mary Chain is about; reaching that longevity.

Towards the end, I read that you and William were fighting a lot. So what is it like to be back together after all of these years?
It’s always going to be difficult. We know when to step back. We still argue. We argue the way we always have.

Like brothers do.
Exactly, but then it gets more intense when you’re in a band together. Being in a band is like being stuck in an elevator with someone for 30 years. That’s pretty much what it’s been like. Every little annoyance becomes a huge deal. It got to a point when the band broke up where we couldn’t even stand the sight of each other. It just seemed like we detested each other and we argued about everything. We were just too close to the whole thing. It took the break up and a bit of distance to realize. You replay in your head afterwards and you think about a major bust up and think, ‘I need not have said that’ or ‘Maybe I shouldn’t have
done that.’ So when it gets heated, we step back. We know how to give each other space now.

You’re the more-mature Reid brothers now?
Mature is probably a weird way to put it. I don’t know if we’ll ever be mature. We are as close to it as we’ll ever get.

You have said the Lollapalooza tour in ’92 was the worst time of your life. How much did cocaine and alcohol play a role in that time period?
It was pretty intense. We did do a lot of drugs and drank a lot. I got a drinking problem and I know William has. I haven’t had a drink in nine months. Lollapalooza was a ten-week tour and in the first few days, we realized it wasn’t for us. We realized we weren’t really going to have a good time. We tried to get off the tour. We asked if we could just leave the tour. They were basically saying we couldn’t or they’d sue us. We were stuck with it. The only way we could get through it was to get absolutely fucked up. We were on at 2 o’clock in the afternoon, which was partly the problem. We are kind of a nighttime band. It was really bad for your health, too, because I’d get incredibly drunk for the show and afterwards I’d collapse in my bunk then wake up at 8 in the evening and get drunk all over again. There was a drug aspect to it, as well. It got pretty mental on that tour.

It surprises me then that you agreed to do Coachella in 2007 because it’s another big festival. What went into the decision to say yes?
I have nothing against doing a festival. We do quite a lot of them. Lollapalooza was particularly difficult because it was a traveling festival. If you don’t like it on day one, you’re stuck with it for, like I said, ten weeks. I have no problem flying into Spain for a day to play a show with a bunch of other people and leaving the next day. That’s okay. I’m not mad at daytime shows. I’ll do one every now and again, but a tour like that was just hard for us.

There was a comment about you on a YouTube video that you had found the fountain of youth.
I wish that was true. That’s great to hear. Unfortunately, I’m standing in front of a mirror and the evidence is right in front of me to the contrary. Just wait until you are my age. Everything slides down south, I can tell you.

Has anyone ever told you that your speaking voice is awesome?
No, not until now.

Check out the video for "Never Understand" here: