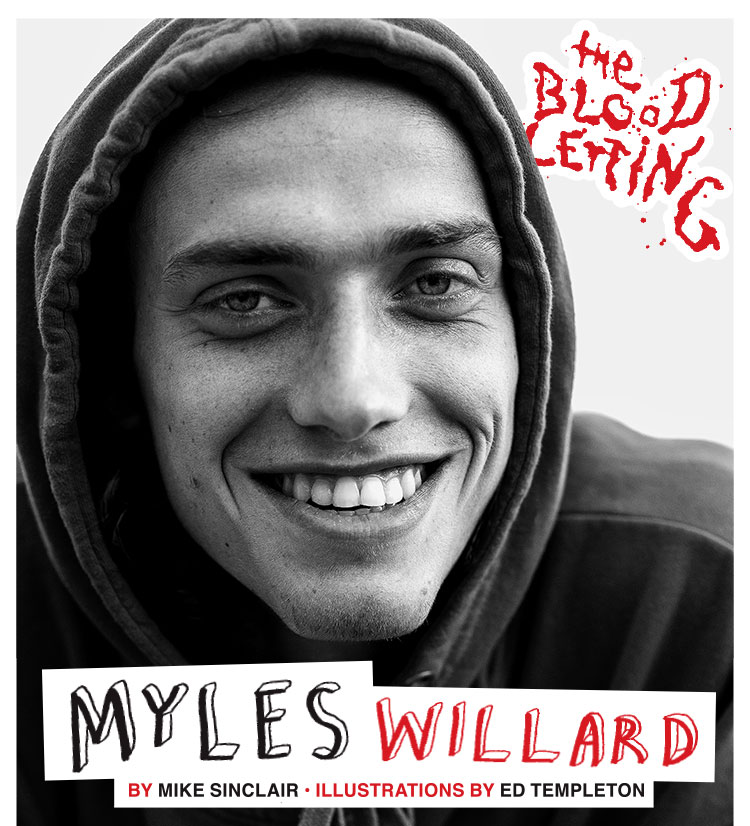 Myles Willard is the most humble guy I have ever met. He was nervous to ask for product even after getting fully on the team. He also kept working a full-time job after getting on Toy Machine, transferring to Long Beach just to be near the action. He thought that by being closer to the team he might get one extra board a month or his packages might arrive sooner than if he’d stayed in Maryland. I don’t know what I like the most about him—his attitude, his style, his trick selection or his genuine politeness. The kid has it all, even a Thrasher cover under his belt, and he’s just getting started. 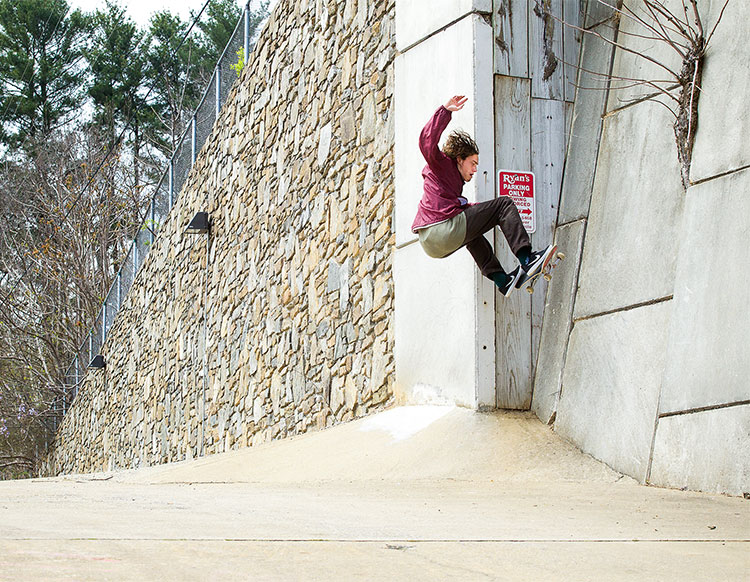 This would be hard enough regular—switch wallie to wall crawl at Ryan’s spot     Photo: Karpinski

Myles, you made it from sending in your footage to a rep, then to a Thrasher cover and survived a devastating injury. Now you are fully healed and finishing up your first part in a major video. That’s quite the accomplishment. Give the readers the full rundown.

I was at VU skateshop one day and Gary Smith had put in a Toy Machine order over the phone and he let the sales rep know that I loved Toy Machine and had some footage to send in. Cuong, who was the Tum Yeto sales rep at the time, sent a couple of boards for me to have with Gary’s order and I kept filming and then one day I got an email from you. After you and I started talking I kept filming and the boxes came more frequently. I put in the request at my full-time job, which was a construction supply company, to move out West to their Long Beach location and I got the approval. I worked in the warehouse full time and filmed the majority of my part on the weekends and after work with Don Luong. I couldn’t have done it without Don’s help. He took me everywhere and showed me so much after I moved out West. He introduced me to Ben Karpinski and he took me to the spot that ended up being a Thrasher cover. All of this still blows my mind. Shortly after we shot the photo I broke my ankle skating a skatepark, then the photo ended up on the cover of Thrasher.

How does it all feel?

Tell me the story about the cover spot.

I had driven by it before but didn’t think much of it being a actual spot. Ben Karpinski showed it to me one day randomly and told me it was possible. The first attempts were not as bad as it could have been. I got out of a few bails pretty lucky. I broke my board on the first full commit, so we came back the next weekend. I broke my board again that day, then I grabbed Don’s board and somehow rode away from it.

So many people think you just went to flat.

Oh no, I was always planning on hitting that awning, for sure. 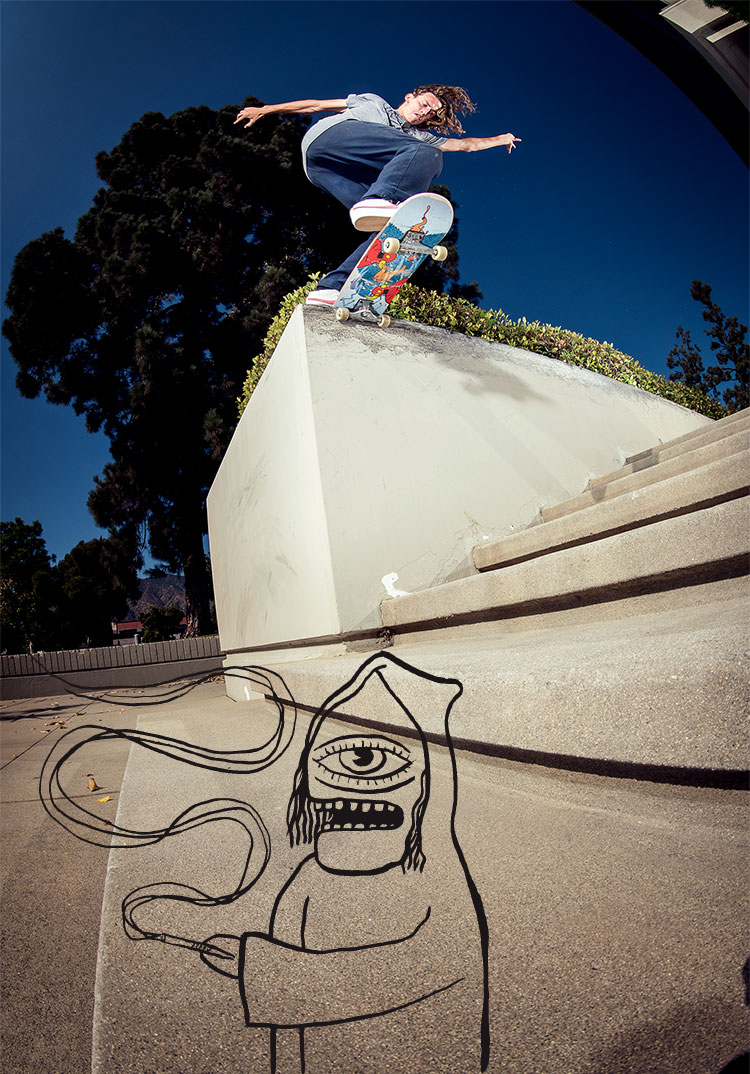 What an amazing spot.

Thanks. I couldn’t have pulled it off without the help of Don Luong, Ben Karpinski and Braxton Powers.

How many days did you do on the Programming Injection tour?

I did a solid month on the Programming Injection tour, maybe a little over 30 days.

What’s your best memory from that trip?

The best memory I have was being able to show the Toy Machine team around my hometown and taking Leo Romero to stair grinders out in Baltimore. It still doesn’t feel real. It’s something I could have never imagined doing.

Thank you and your family for giving us your house to live out of for a week. We owe them big time.

Ah, man, yeah, that was insane. I had to take Leo and Dan Lu up to my room to show them all the photos I still had of them hanging up there. 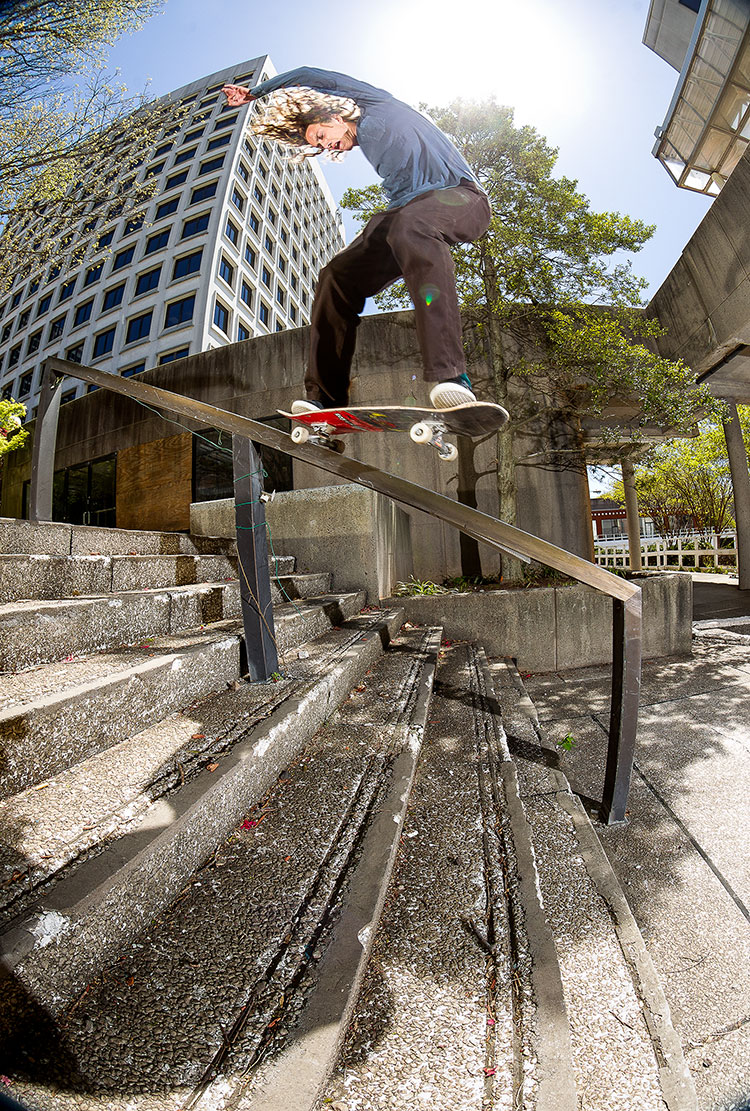 Another switch face melter, Myles goes reverse stance back 180 to 5-0. Inject that into your program!     Photo: Karpinski

Do you think you will move back to Baltimore since you made it on the team?

It’s something I would like to do at some point but I don’t have any intentions right now.

What is your favorite Toy Machine video of all time?

Jump off a Building, for sure. It was the first video that introduced me to Toy Machine. It had a heavy East Coast influence which was huge for me when I was young. That video still means so much to me.

Name three old Toy Machine riders you wish were still on the team.

Have you met everyone on Toy Machine yet?

Yeah, I have met everyone and they are all so nice. 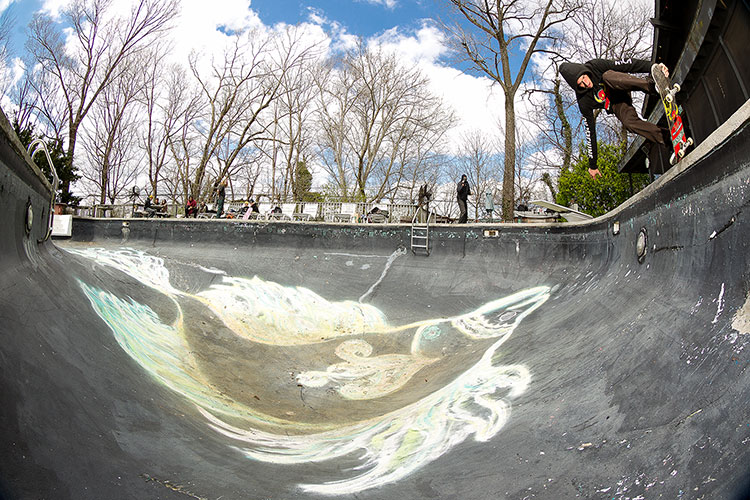 Styles for Myles—tailblock on some harsh tranny     Photo: Karpinski

Who was different than you thought they would be?

Collin Provost. He was so intimidating to me but after I met him he was very open and welcoming. Collin is always looking out for everyone; he’s awesome.

Who had the haircut first, you or Axel? 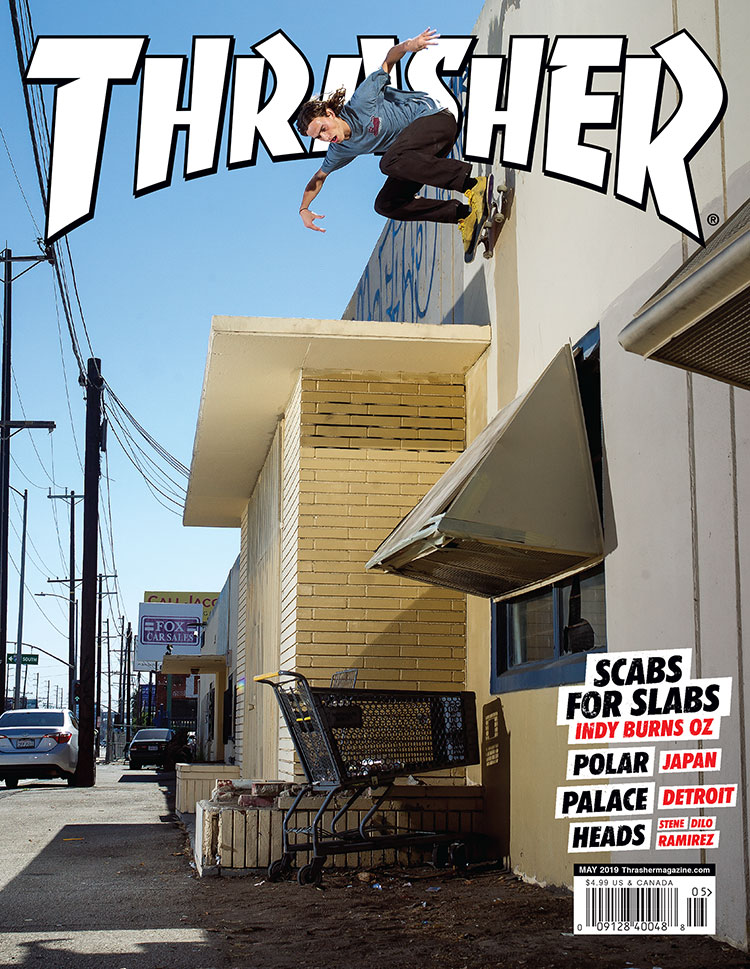