Comic-Con is back in a big way, as Neck finally got his own booth this year.  Sadly, the chances of getting into the actual convention to see it were pretty slim, as its current iteration is essentially the nerd equivalent of Coachella. But like a true man of the people, our guy made sure to fire up an after-party for the masses—no badge or wristband required. Nuge and Blake Anderson hopped behind the turntables to keep the vibes right all night. Add free drinks and a gift bag from the iconic artist himself and you have the makings for a solid shitshow. —Ben Karpinski 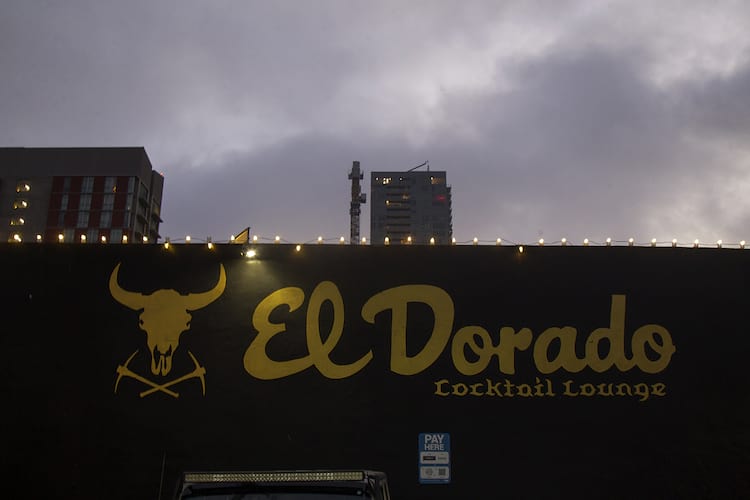 Right after the convention, the crowd convened at the El Dorado 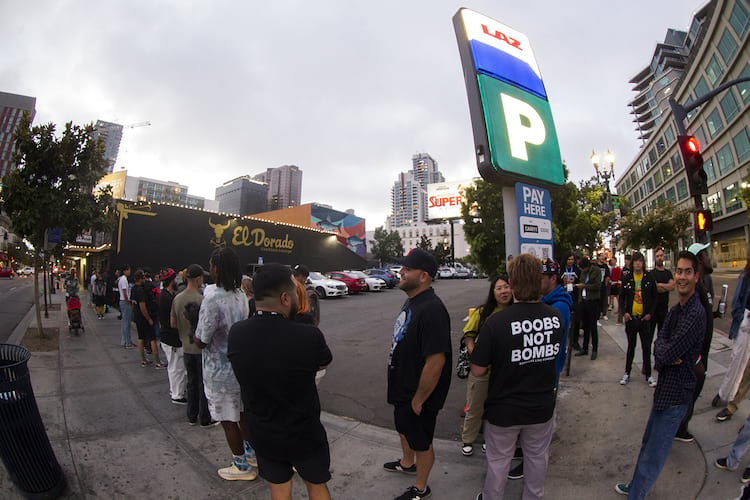 When I got there, the line was already wrapped around the block. The offer of free booze and a gift bag clearly worked, maybe the homie's anti-war message will too 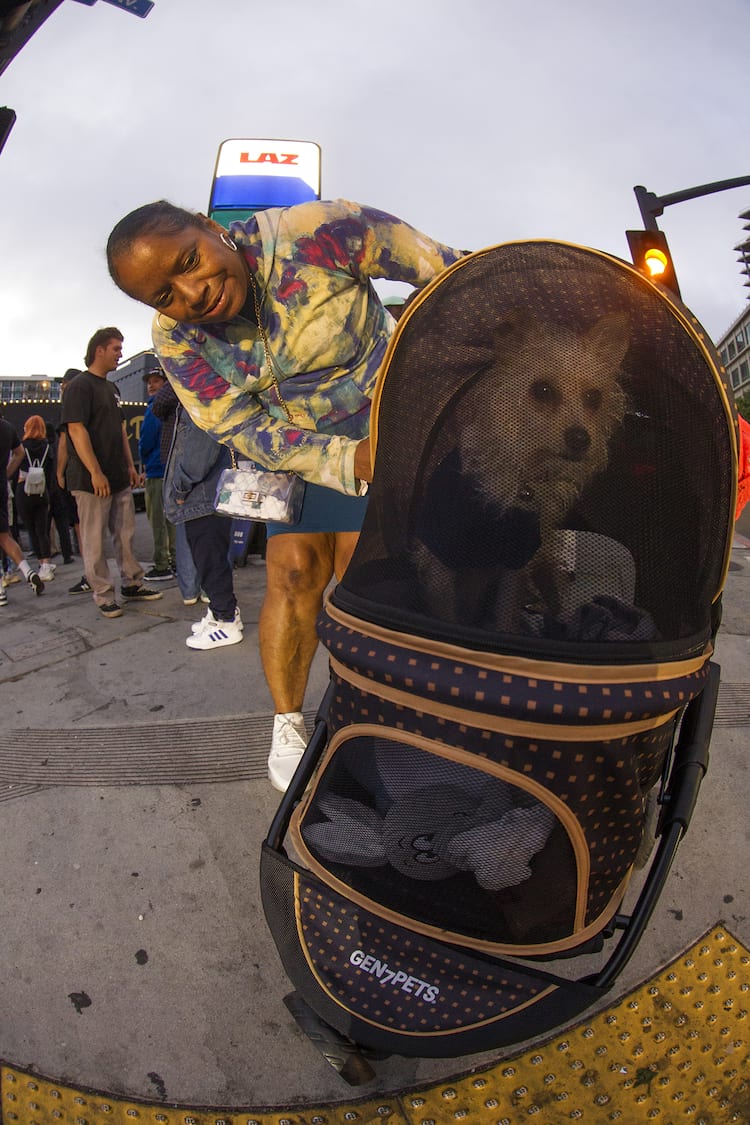 Not sure if this pet owner was there for the party or not but she tapped me on my shoulder and said, “ Take a picture of my dog!” Hopefully she sees this somehow 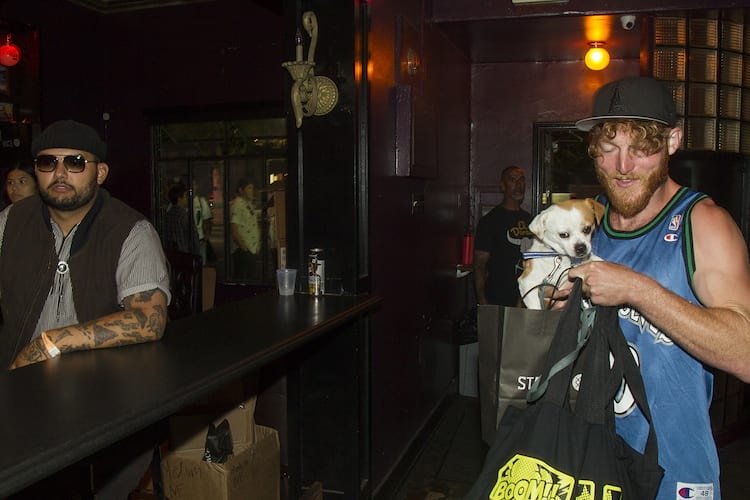 Looks like we got a pack of pups out here 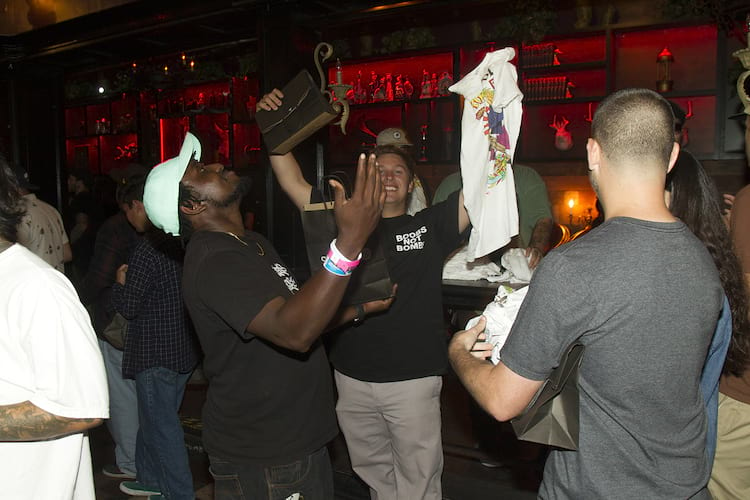 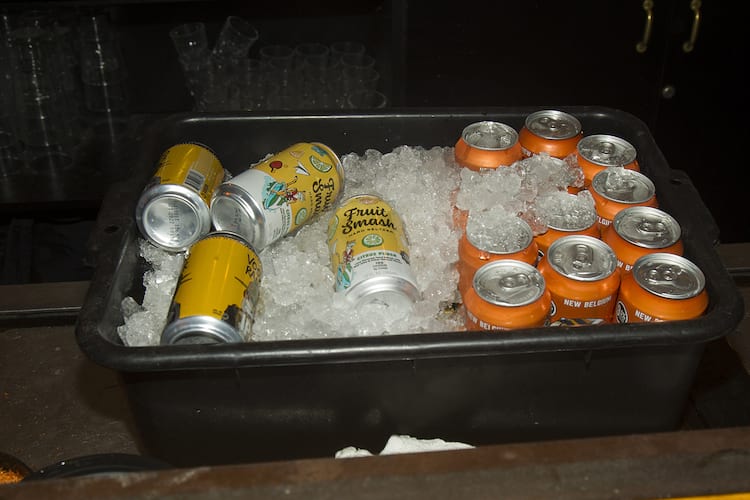 New Belgium hooked it up with libations 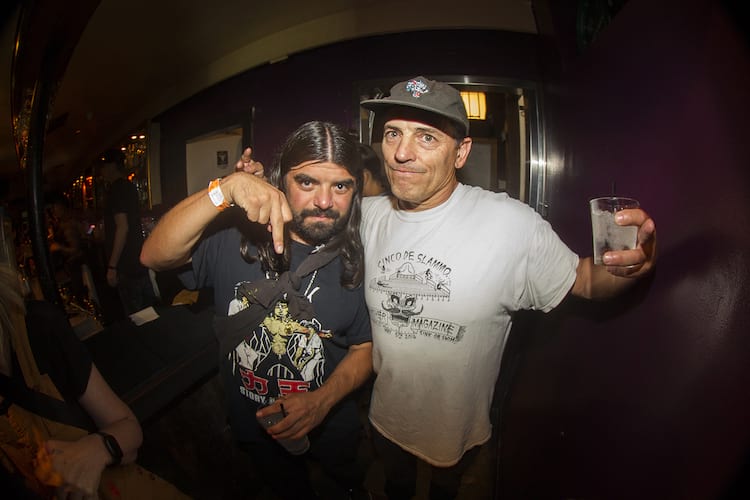 Skate Rock survivors Sypniewski and the reason we're all here 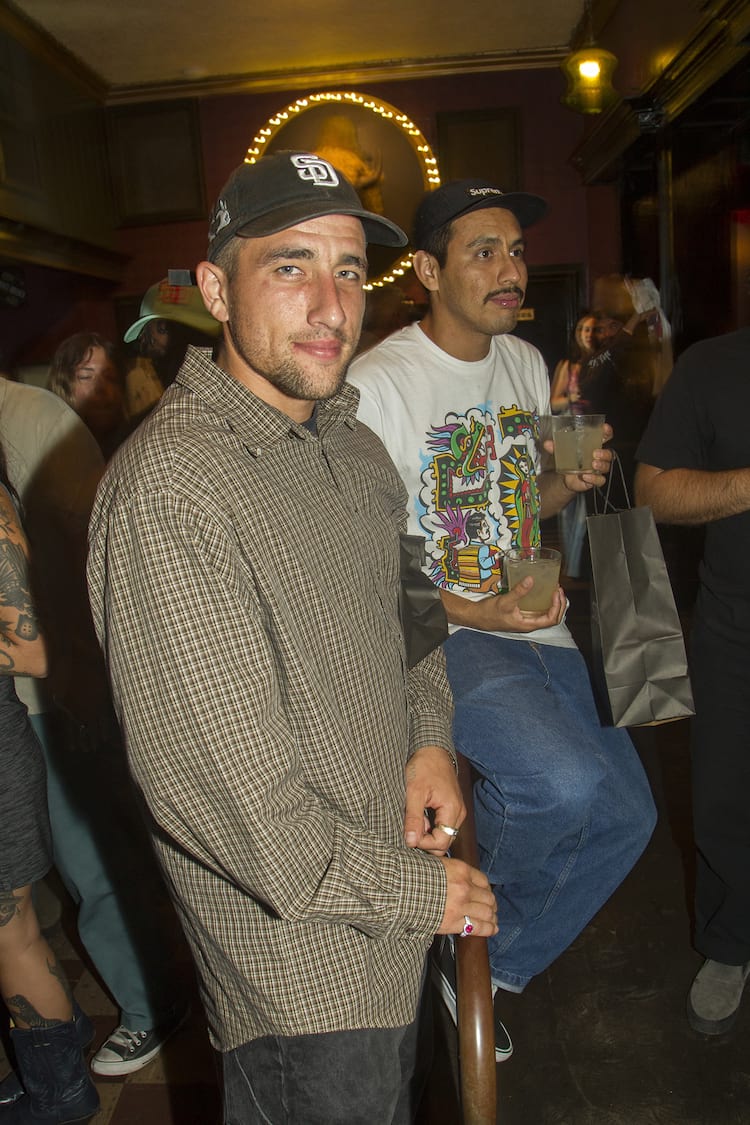 Oh, you want pics of the pros?! Yeah, they're here too. Check out Erick Winkowski in the flesh 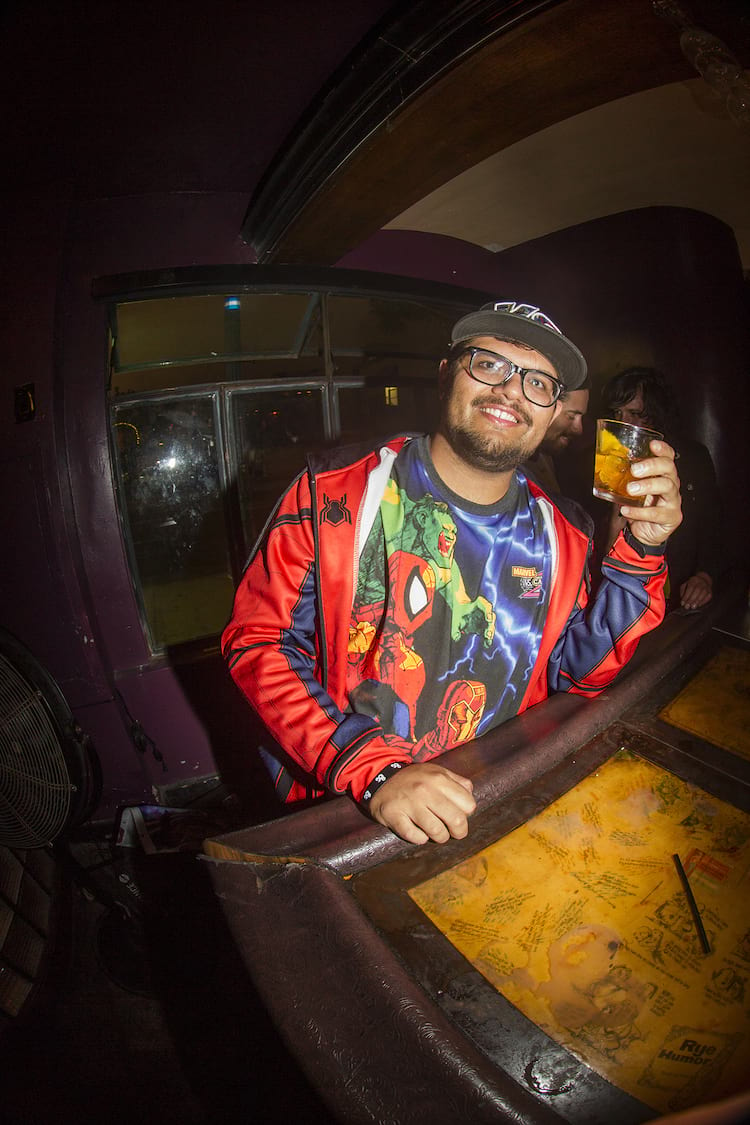 This guy isn't pro, but maybe he's a big player in the comic scene? 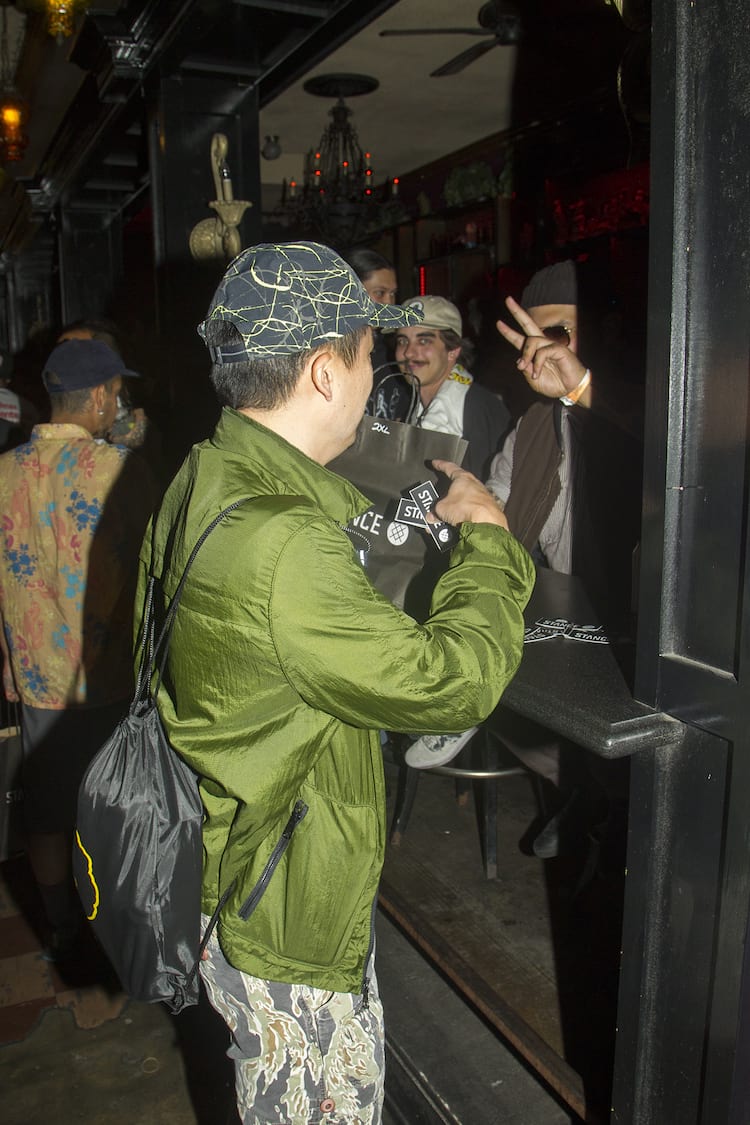 The crowd had a good mix of convention goers and freeloaders 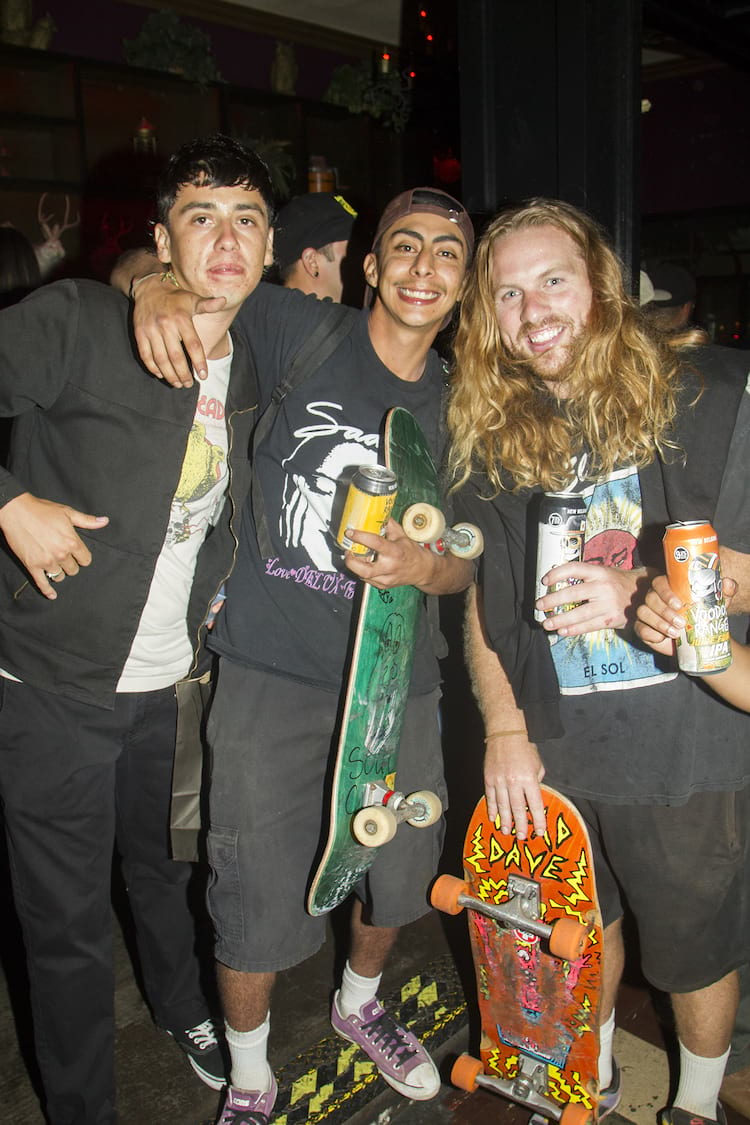 And lots of skate rats 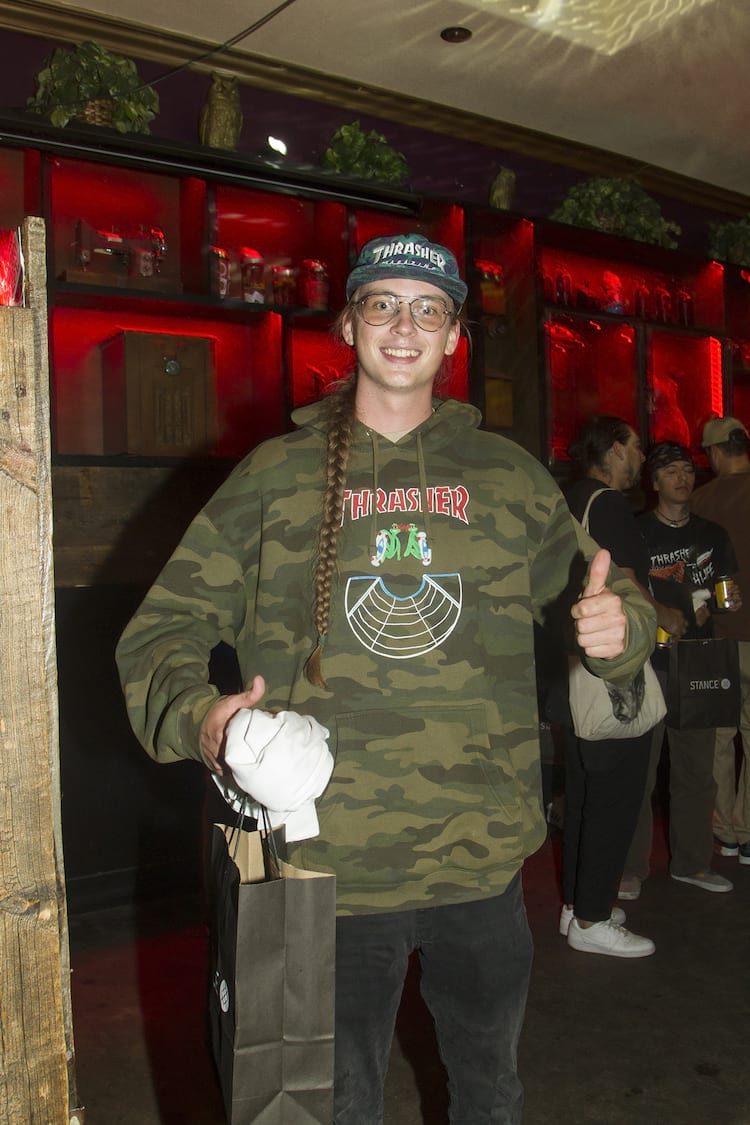 The mag was well represented 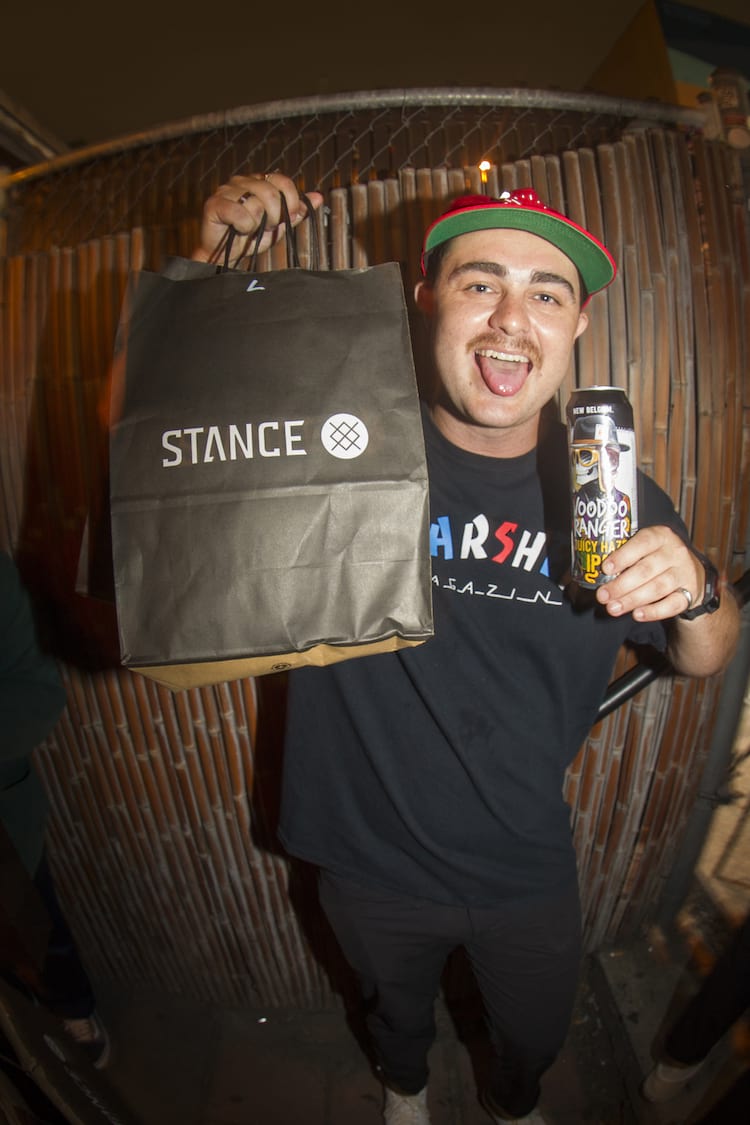 Show me those logos! Always the easiest way to make the party blog 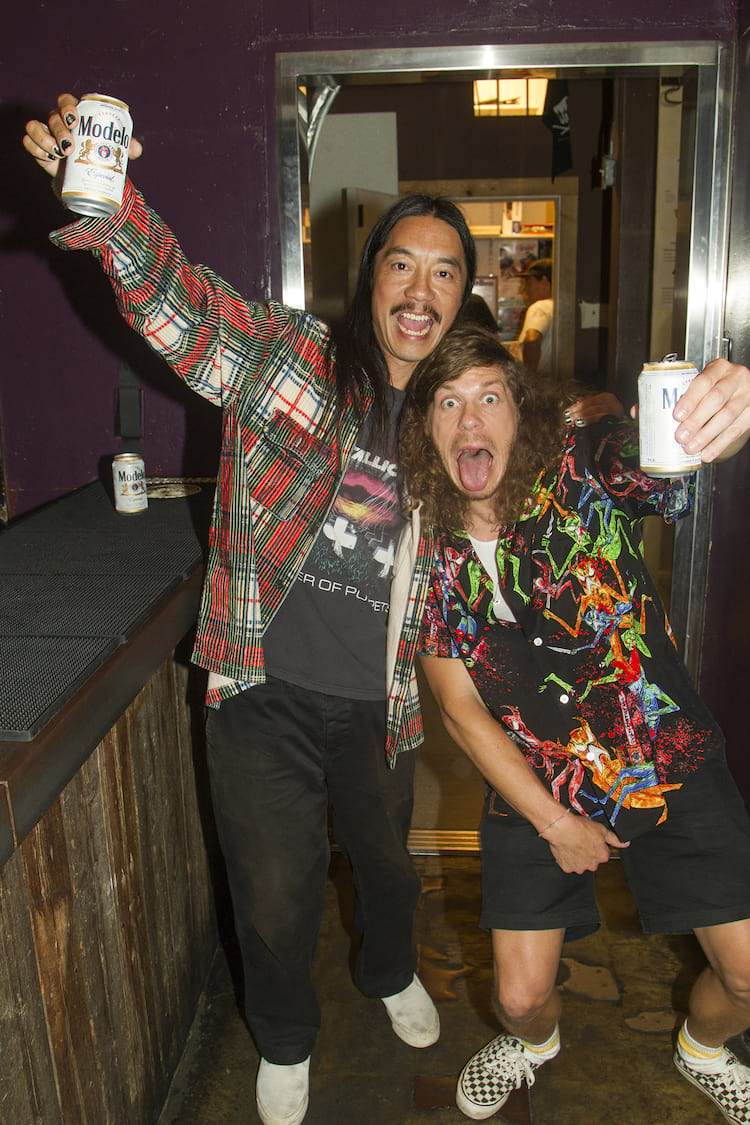 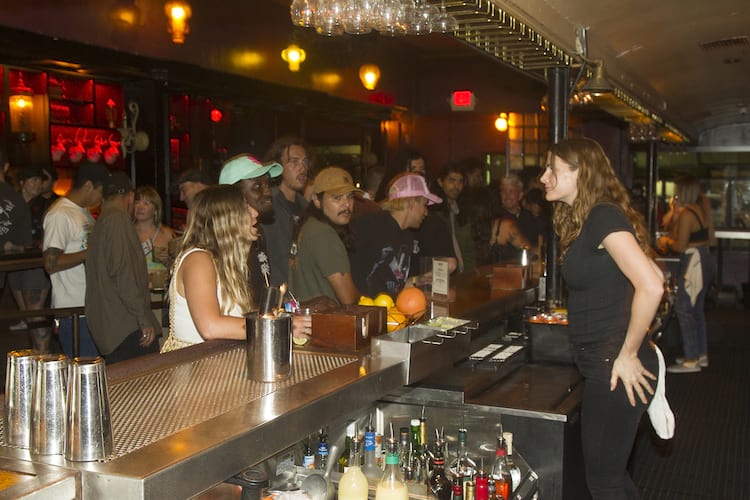 Mandatory stop before the masses make their way to the front 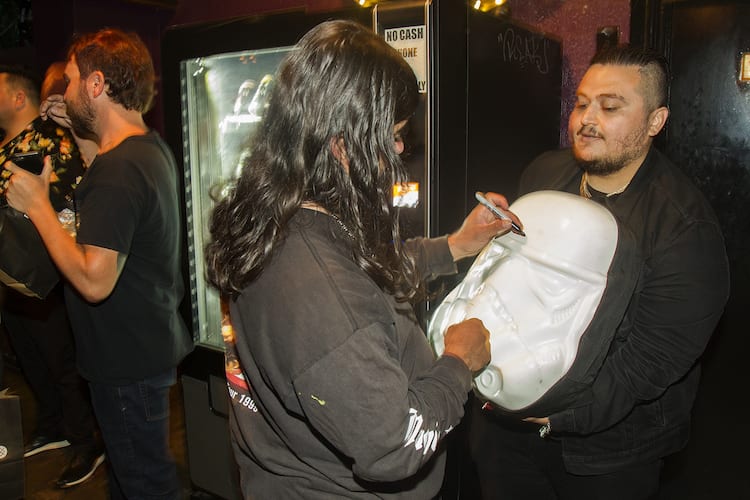 Seeing as it was that kinda crowd, Neck was asked to sign all sorts of random shit 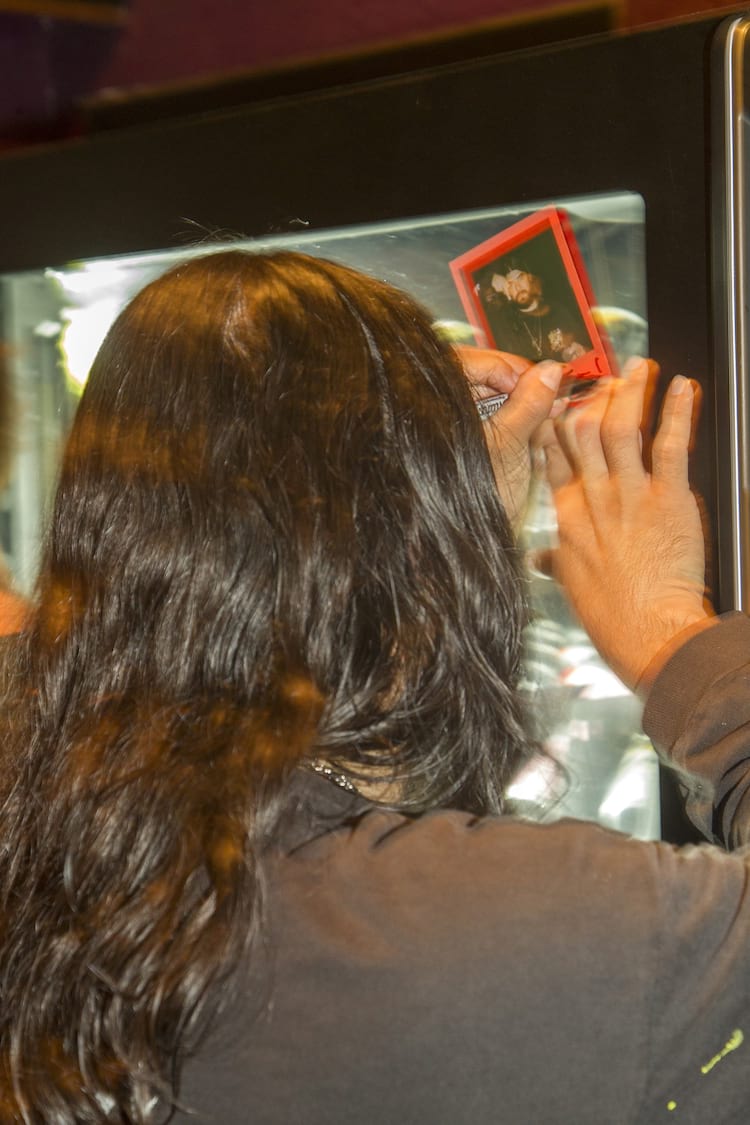 And even some personal shit 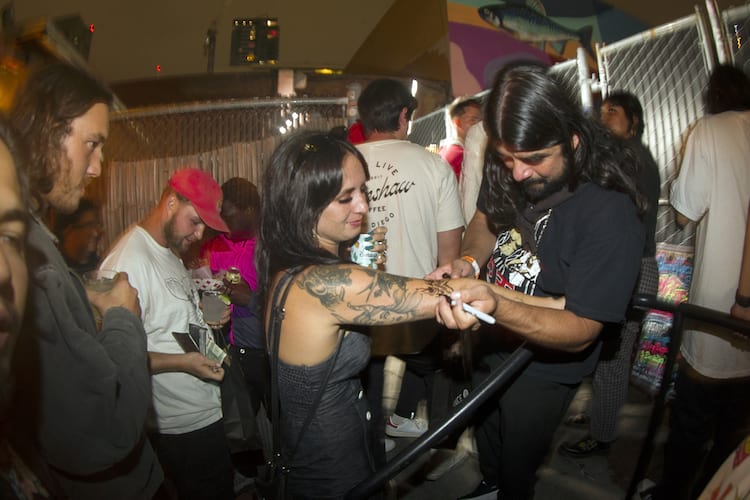 DFL. “I’ll send you a photo when the tattoo heals” 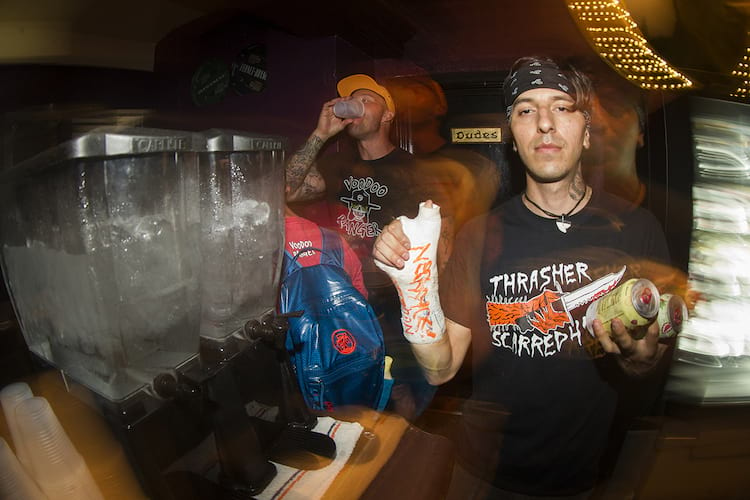 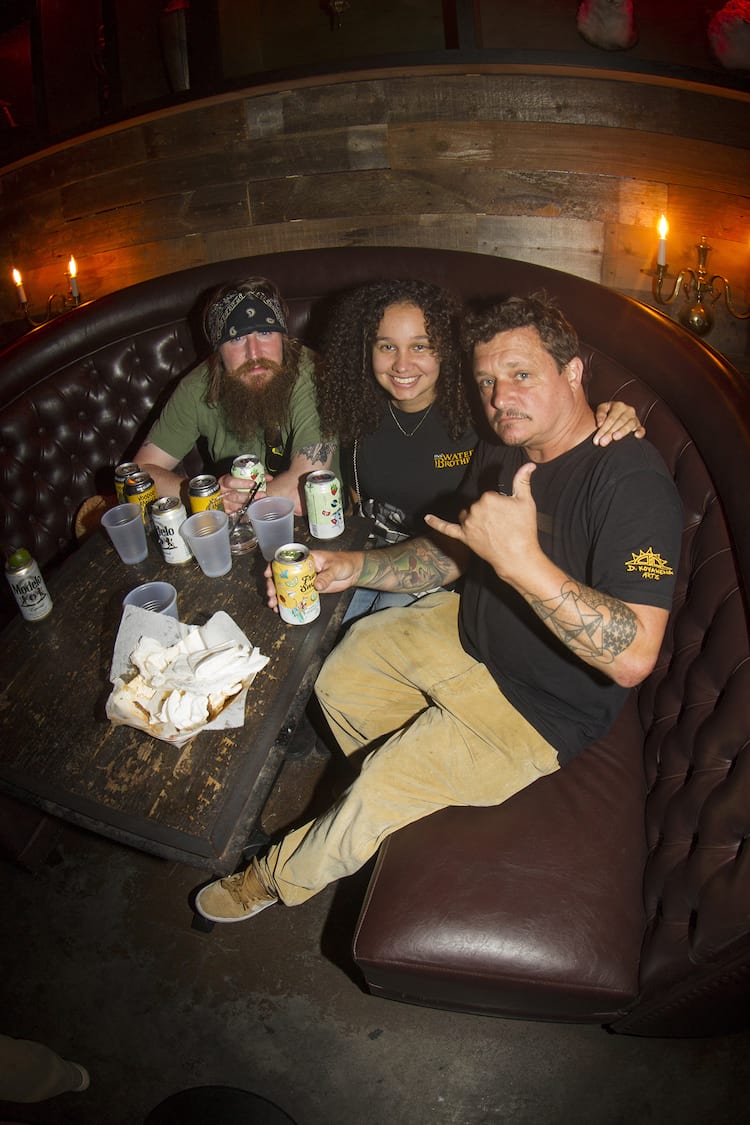 Lucky to get a Jake Brown sighting when you can! 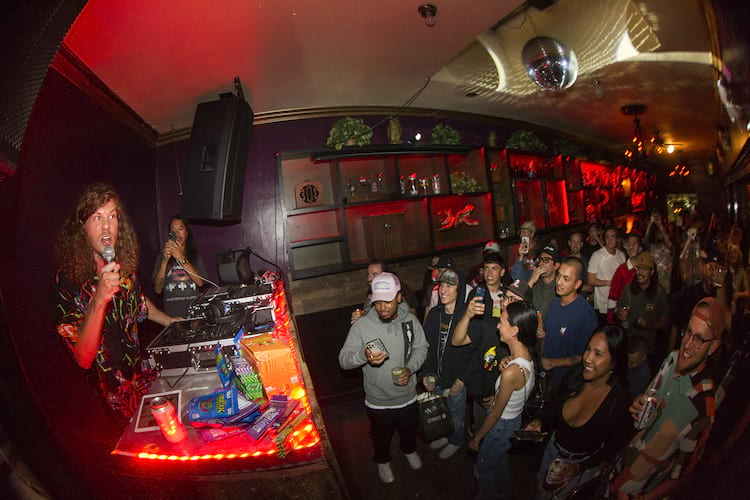 Blake and Nuge drop the needle 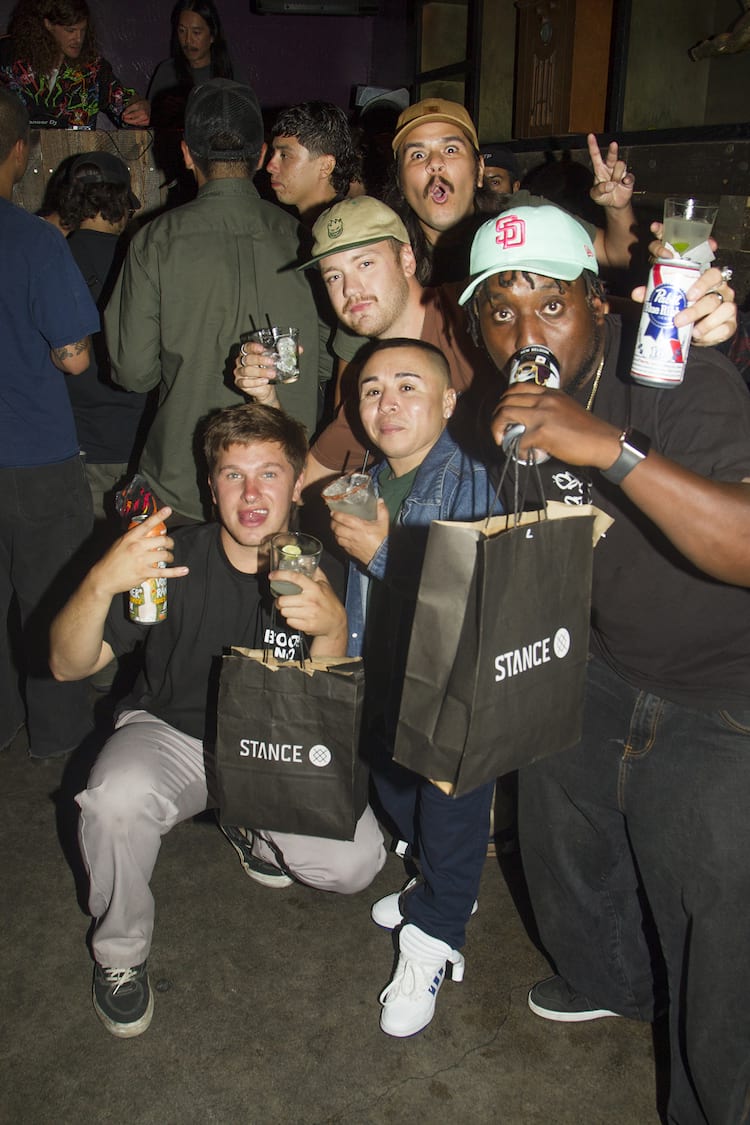 More peeps with the free shit! 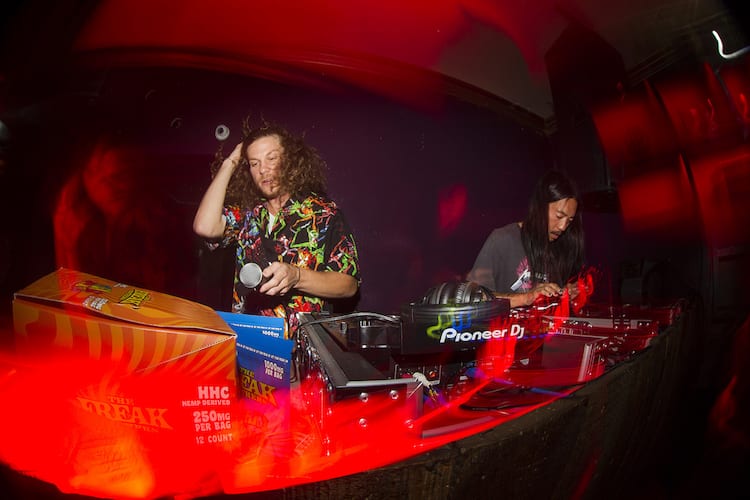 Can you hear the Slayer? 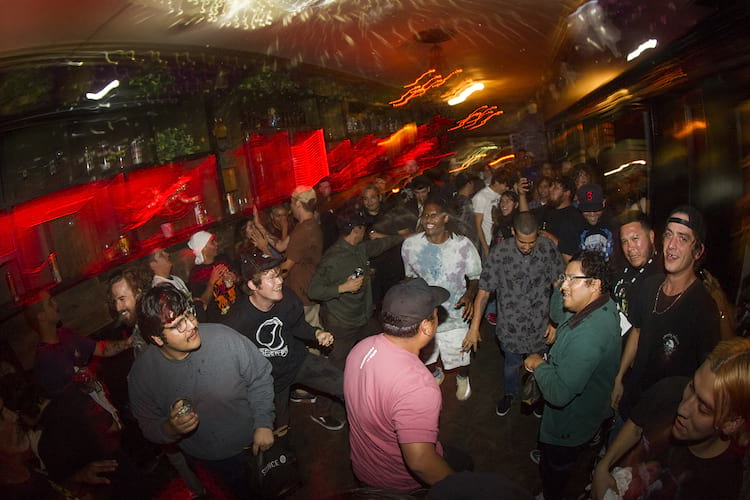 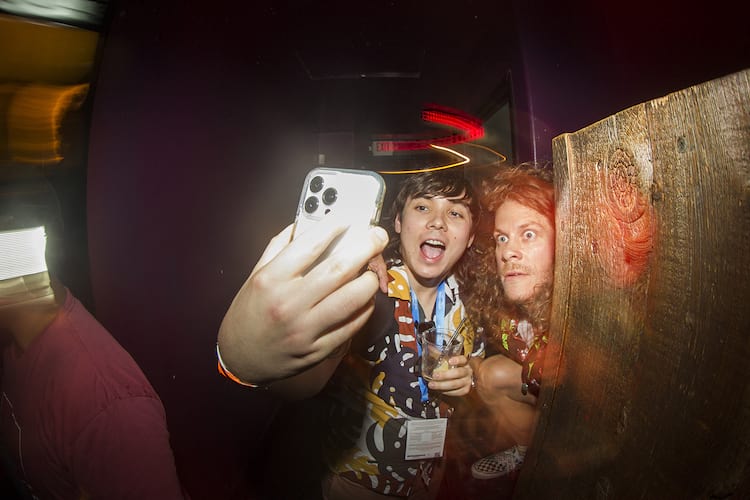 Maybe even the convention's first selfie? 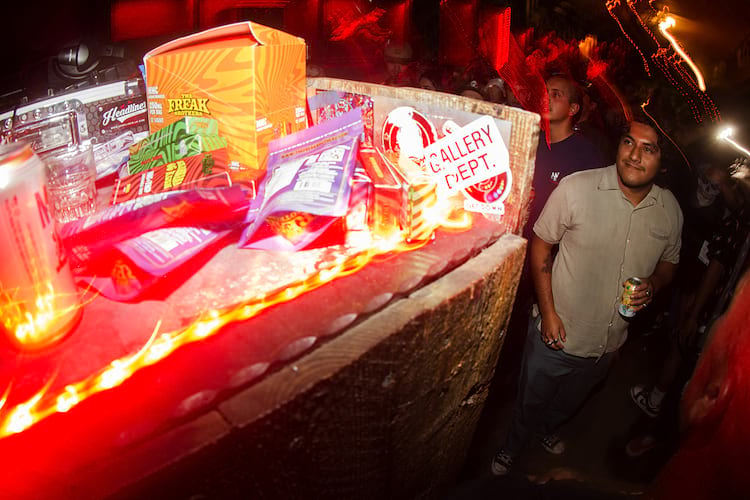 Blake was passing out some goods from the Freak Brothers. Not sure what HHC is… 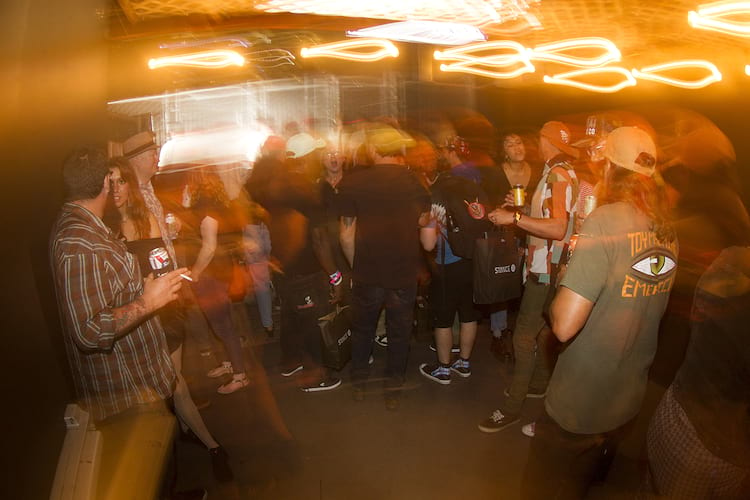 …but it had the back patio looking like this 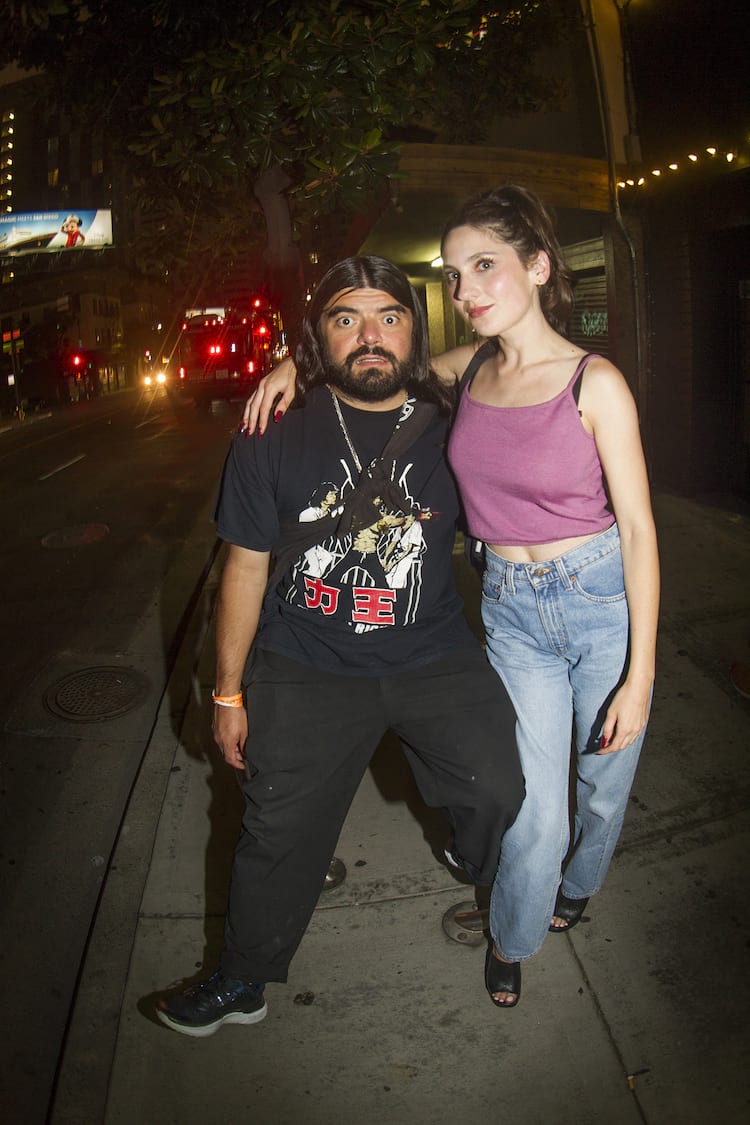 By the end of the night, Neck was hiding out front. Signing memorabilia for 200 fans would fatigue any man. I had to snap him up with one more partygoer before he bounced. Congrats on the evening and the killer crowd. We can’t wait for more Wicked Workshop
© 1981–2022 High Speed Productions, Inc.