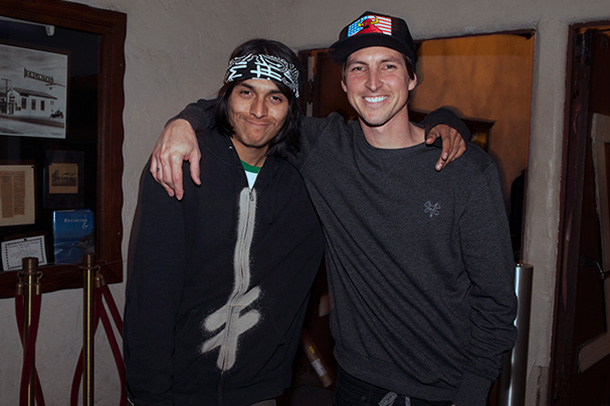 Burndog caught up with the man behind the new Bones video. 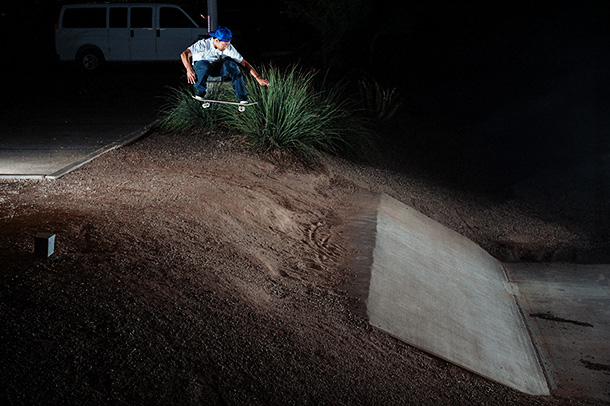 Aldrin Garcia snaps some major dirt on one of the Texas missions. Will New Ground give him the pro nudge?

Why is the video called New Ground?
We couldn’t agree on a name, so we decided to hold an online video title contest. Johnny Ronci won the grand prize.

What were some other titles you were considering?
Full Circle and Joy Ride were the runners-up. I like both of those more than New Ground, but that’s in the past now.

What were some moments in filming early on where you started to get hyped on the project?
Any session with Ben Raybourn, Brad McClain, and when Jared Huss did the bluntslide on the Hood River whoop-dee-doo ledge. 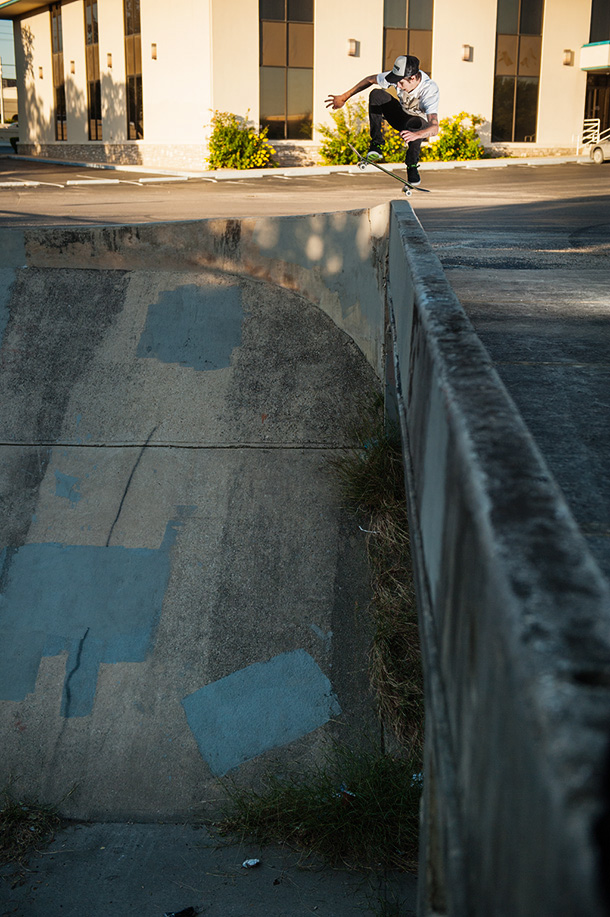 What were some of the early hammers you filmed?
Jared’s bluntslide, Aldrin’s boardslide drop/boardslide drop/lipslide, and Moose’s nollie flip crooked grind on the Blockbuster rail.

Were there any close calls, disasters, or unusual moments while filming this thing?
There was never a dull moment filming this project. Fights, slams that resulted in hospital visits, security guards pissed off at the world…

You have a very eclectic team. How do you select a Bones rider?
Being a wheel sponsor is a little different than a sponsor that supports a tight-knit team—for example, a board sponsor. From a board sponsor’s standpoint, your team’s image and marketing is a little more crucial when selecting riders. From brands that can support a 50-70 person roster like Bones, obviously you’re going to have less structure on the image. Having the diversity has been pretty strategic, in marketing and appealing to a broad range of skateboarders. With all that being said, there’s really no particular method in selecting a Bones rider. If the dude rips and there’s demand for his name, and the team backs him, then it’s a no-brainer for me. 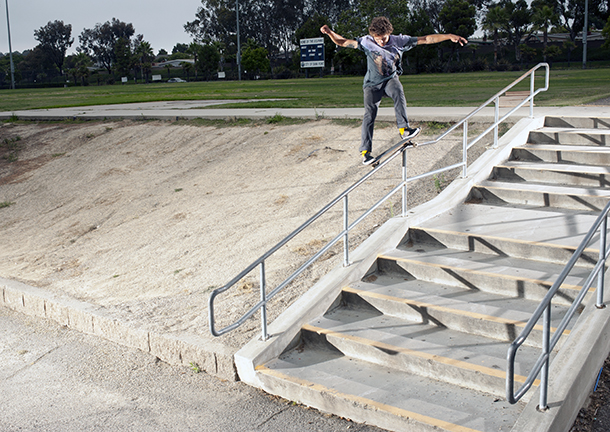 You have a very huge team—there’s a kid in every city it seems! What’s your philosophy with the Bones flow program?
Having shop flow guys in smaller cities across the states is another big part of our success. They’re typically the “hometown hero” guys, and the younger generations look up to them. The majority of the young population don’t get magazines and don’t look at skateboard websites, so whoever is ripping in front of them is generally who they’re going to pick up on.

Bones also has some of the best pool and park riders out there. What are the challenges and fun things about filming in backyard bowls, pipes, and parks?
Filming backyard pools is always interesting. You never know what you’re going to run into. Some pools are permission, some are barges, some you have to drain, most you have to clean, some might have dogs or squatters, cops are never friendly in those situations—the list goes on. Filming at parks is really fun because you’re probably going to be filming more technical stuff than what people can do in a backyard pool. 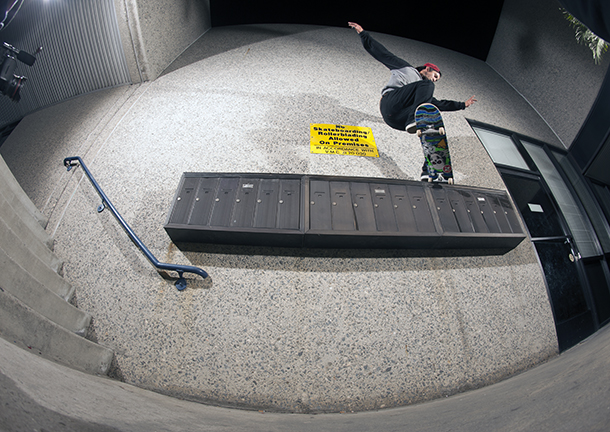 Who were some of the contributing filmers that really made this project happen?
Terry Larue, Chris Ray, Jimmy Astleford, and Josh Henderson.

You recently added legends Rodney Mullen and Tony Hawk. How’d you land such major players?
My boss, Rob Washburn, worked it all out with Sean Mortimer. Awesome work, bros! Thanks for making it look like I’m doing my job!

The Bird had a few hot moves in there, but where the fuck was Mullen’s part, bro?
Rodney’s not filming until he perfects switchstance.

What made you want to include Jaws’ spit bubble as part of his intro?
Jaws’ spit bubble was such an amazing thing to capture on video after doing such a heavy line. That’s just him naturally, and that’s why everybody loves him so much.

Who was the easiest dude to film in this video?
Ben Raybourn! 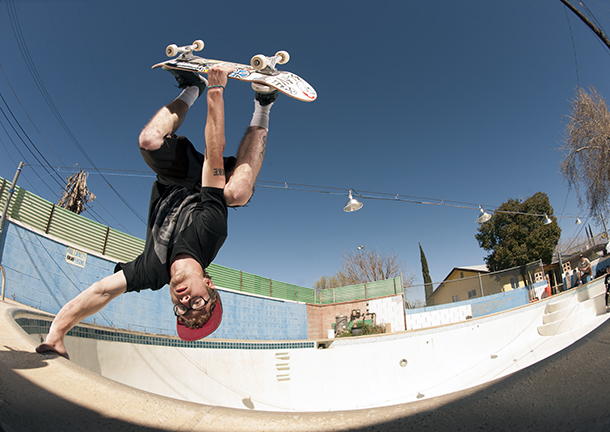 Who was the funniest?
Jaws is always the funniest, but we filmed all of his stuff in two weeks, so unfortunately the laughter was cut short.

Who really proved themselves to you as a ripper over the course of this video?
Jared Huss. 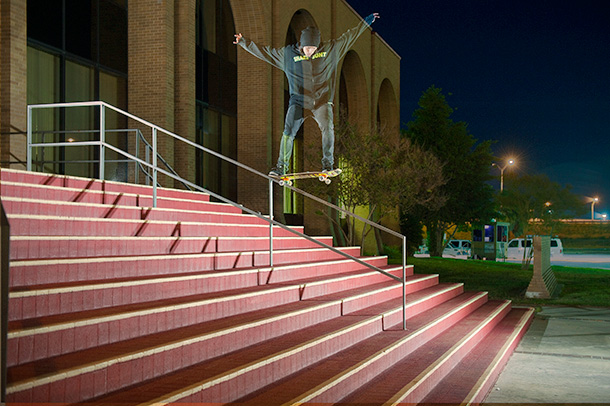 You started with Huss. What’s he all about?
He’s a ripping, well-rounded ginger from the Palm Desert, and he loves his BRC’s.

You ended on Ben Raybourn. Why’d you pick him?
Ben’s drive and ability is undeniable. He’s one of the best dudes out right now. If you’ve ever seen him skate live, you’d know exactly what I’m talking about. 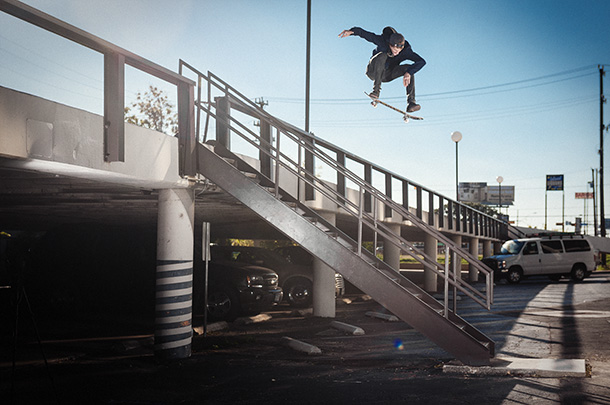 Jaws takes hella drops in New Ground. This kickflip is one of the mid-sized bombers.

Why’d you want to give New Ground away for free?
We wanted to choose the best music possible and not spend $150,000 on music rights… That and we wanted everyone to be able to see it. 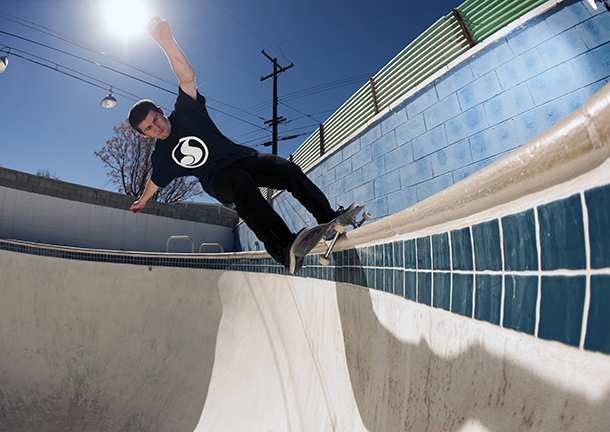 Rad Brad McClain declares pool jihad in this one. 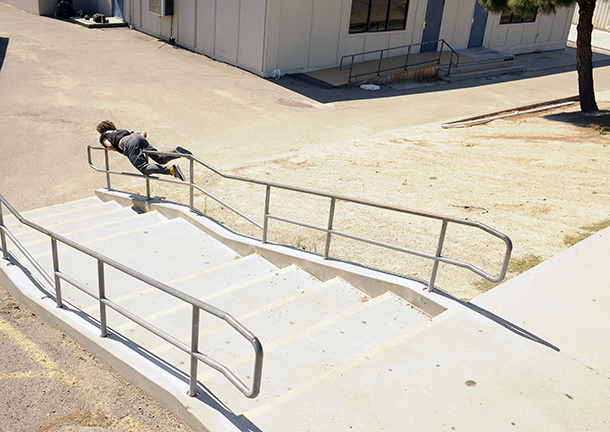 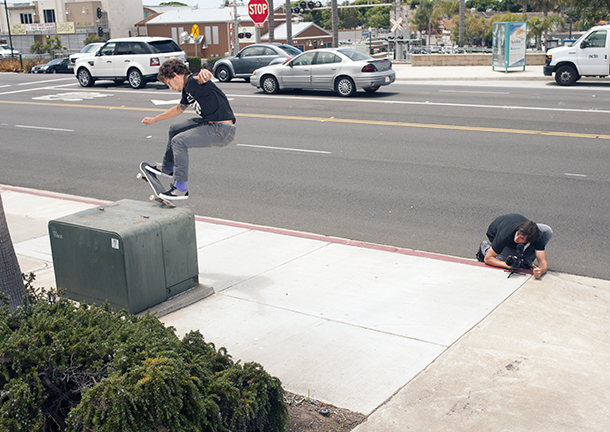 Lucas gets low while Servold snaps to 5-0. 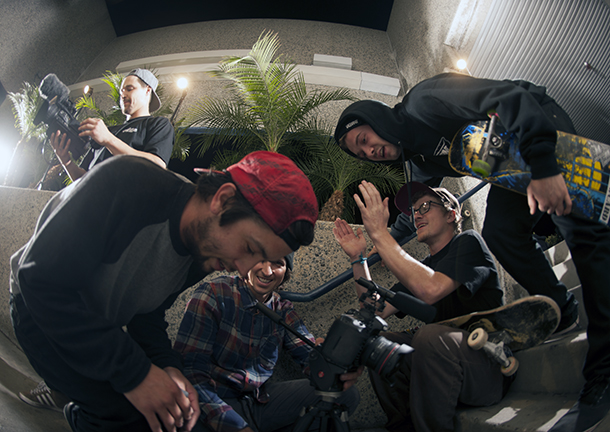 The gang's all here! Another hammer, another step closer to New Ground.