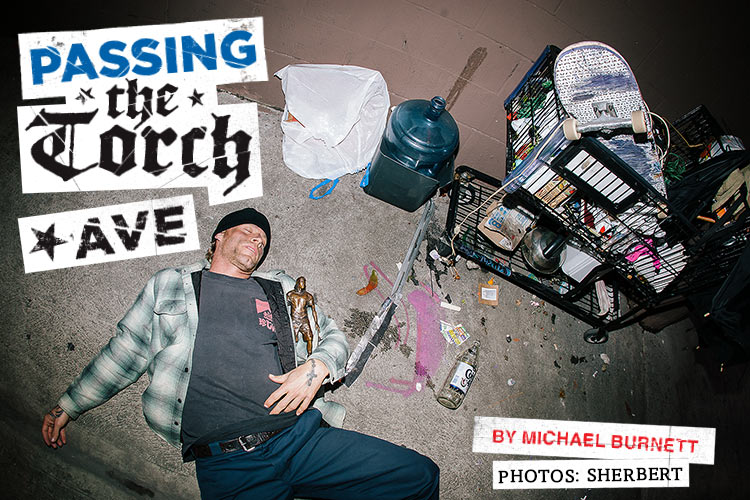 How was 2016 different from 2015 for you?
Well, I’d say 2016—I really just wanted to crawl into a cave. I was just fuckin’ tired after the Vans video and then the year of skating, trying to do the shit you do to potentially be in the running for that award. So I was just fuckin’ exhausted. But as far as being recognized like that and getting that acknowledgement, it was pretty awesome. I was super grateful and stoked. So yeah, that was cool but I was burnt the fuck out; that’s for sure.

What’s the most amount of time you can take off from skating when you’re not hurt?
I’m not sure yet. I’ve definitely pushed the envelope on that I’d say more so in the past when I was just being dumb, partying or whatever it was. But I wouldn’t say that I took the year off. I didn’t skate as rigorously and as consistently as I did over the past—I don’t even know how long. Since 2000 whatever, Mindfield through Propeller.

So how did it feel to take time off? Did it feel good?
Yes and no. I mean, I needed it. It was just like I’d go skate and the camera would come out and the anger would be seething through me. And it’s no one’s fault or anything. It’s just like I hit the wall with it, right? And then there’s just not much you can do at that point. You know, I’ll go out and skate curbs and shit and have fun—I love skating—but as soon as the work aspect of it came around I just had pure hatred. But that’s come and gone throughout, I would say, anybody’s experience that’s been doing this shit this long. But I’m currently enjoying skateboarding and when the camera comes out I’m down for it. It’s cool. So, you know, it comes in waves. 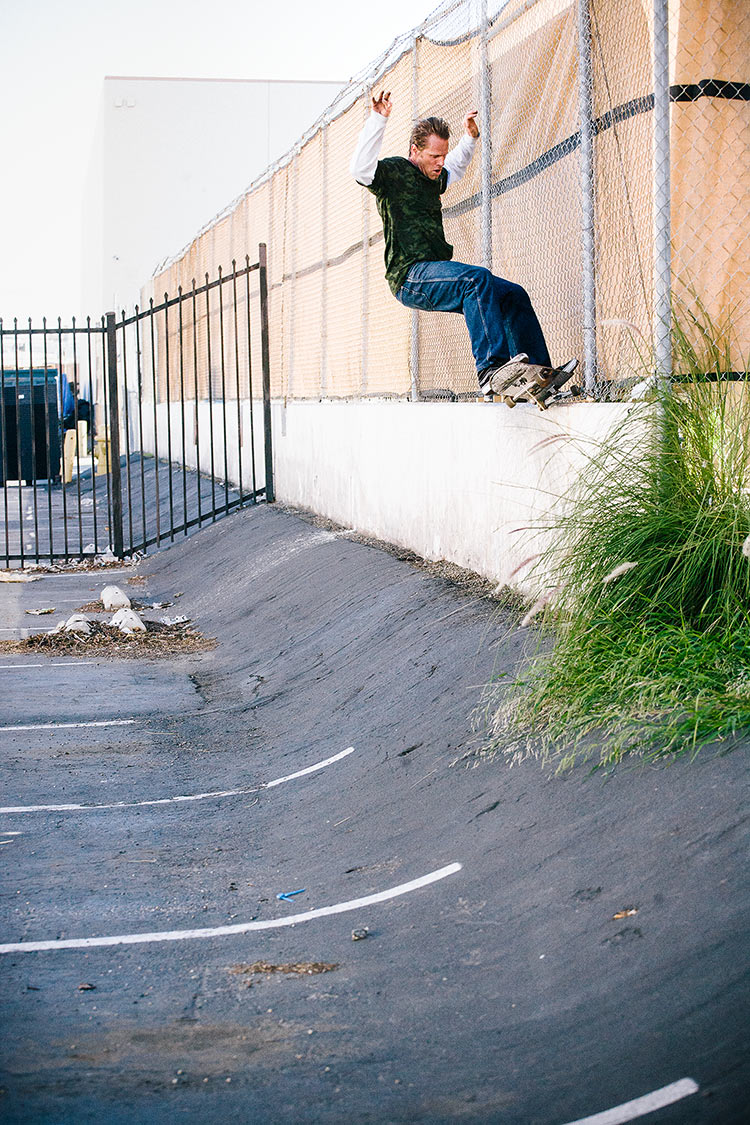 Did you treat yourself at all after winning? In olden times somebody might have bought themselves some sort of men’s jewelry.
No, I didn’t buy anything. You know, man, I think when I was burnt out I did my best to let myself be burnt out. Fuck, dude—skating and doing it this fuckin’ long, that’s just so much of my identity. I get wrapped up in that shit and when I’m not doing that as well as I think I can it can fuck with me.

We went to Hawaii but you still had a cover hanging over your head.
Yeah, we did that. That was just a normal skate trip. I think there was one day we went out at seven in the morning and didn’t get back until 11 at night. Might as well have been in Arizona.

How are your many businesses?
Things are going well. You know, boards are selling, kids are ripping and I can’t complain. I’m stoked on how skateboarding isn’t wasted and I hope we can keep doing this shit the way we’ve been doing it.

You recently turned Sean Pablo pro. What pushed him into the pro ranks? He didn’t win no Tampa am.
Yeah, well, who cares. I skated one professional contest in my whole career.

What pushes a guy on your team to go pro these days? Is it demand for the board? Is it just how he’s skating?
It’s all of those things, you know? Sean fuckin’ rips and he’s an individual and we recognize that by turning him pro. And sure, there’s demand for him because of what he brings to the table.

Well, congrats, Sean. Does this mean there are no ams on the team right now?
We’re amless. So all you kids out there who are looking—

What do you look for in a team rider?
At this point it’s gonna come from our riders, the kids. Man, they’re the backbone of this thing and it’s their thing now, you know? They’re such a tight squad and there’s no one that’s on this team that wasn’t organically there before this thing happened. Everyone was friends and it just all came about collectively and it’s gonna continue to be that way. So we’re not gonna be out, like, “So and so’s fuckin’ hot,” and we have no idea who he is and go get him. It’s gonna be Na’Kel or someone being, like, “Hey, this is my boy; he rips; we skate together.” You know what I mean? That’s how it goes. 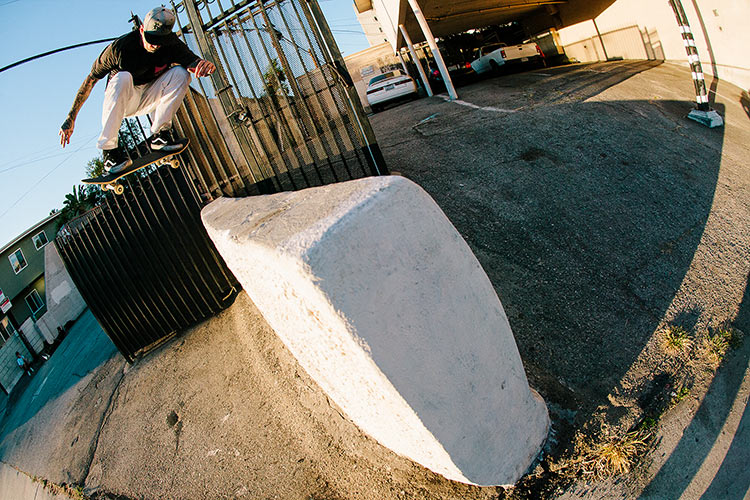 What do you think’s more important these days, a really cool image or really incredible skating?
I think that it’s a mixture of these things. It’s a mixture because image—I don’t really like that word. I like words like style and shit like that more. Maybe that would more define what you’re saying. You know, how people wear clothes and how they fuckin’ do shit and how it looks when they do it, their style. All of that shit makes a skater. If it wasn’t like that then we’d just be gymnasts skating around in tights and shit. It would look like hell. So it is important how a dude carries himself along with the ability. Sometimes, for me, it’s not necessary like a trick machine that can do anything—I could give a fuck. I’d rather see a guy that’s got a fuckin’ ten-trick bag that he looks good doing. It’s a lot of little things that makes a skater, in my view.

Yeah, it’s almost back to like when we were kids. Now there’s so much video and back then there was almost none. But you saw a guy and you’re like, “Ah, that’s the guy. I like that guy.” And you didn’t know every single trick they did. It’s, like, “I like the Alva guys ‘cause they’re fuckin’ badass looking.”
Yeah, this dude’s got no shirt on, dreads and a leather jacket. That shit’s sick. And he’s got a tattoo on his chest. Yeah, that’s fucking skateboarding, man. That’s the shit.

It’s crazy because it was so quantitative for so long: all about progression, all about bigger and better. There’s so much information now it’s almost the same thing as not having enough information, you know?
Yep.

Do you have a different outlook on your skate career post Skater of the Year?
Different than what?

I don’t know. It’s not, like, “Fuck it. I was Skater of the Year and now I’m just gonna do what I wanna do. I’m just gonna soul skate.”
Well, for me, I’m always gonna want to push it within my own ability. That’s just my thing with myself. I’m not out there trying to prove anything anymore. I guess there might have been a time when I was. You know, when you’re young and you wanna fuckin’ rip and be acknowledged or whatever the fuck. So yeah, I am kind of in that feeling of just doing my thing but my thing has always been to skate hard. But that is personal to me and I do it when I want to now.

Did you vote for President?
I did. Yes. I flew home early from a Boys of Summer trip to do my civic duty.

What do you think of the President we got?
I think he’s an asshole and I think the other fucking bitch that was running sucks too, so I didn’t vote for either of them. So it’s a weird time. I mean, I came up in the ’80s when Reagan was president. Maybe some cool shit will happen because everybody’s fucking angry and pissed off, you know? Shit happens. 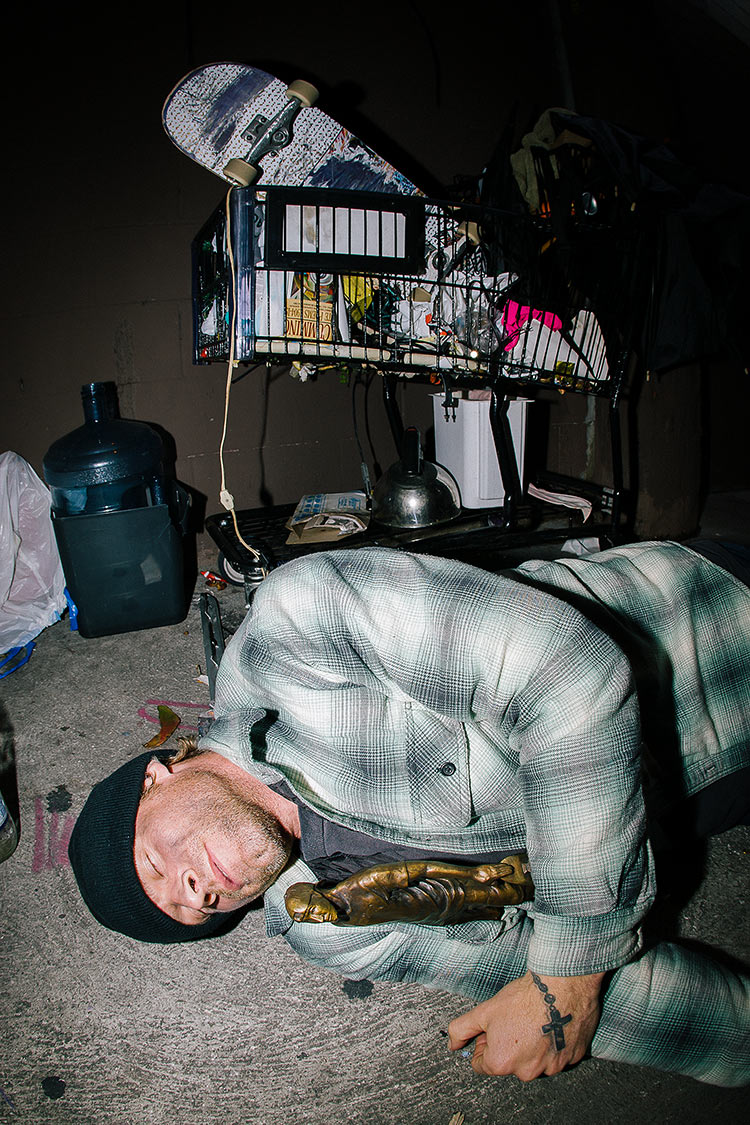 What are you really into besides skating?
Surfing. And that’s about it. Yeah, I guess it’s either skating or surfing as far as things like that.

Are you good at surfing?
No. I mean, I’m good enough to have fun. I can catch a wave and all that shit. I’m not out there on a big sponge board fumbling around. I have a good time. And I guess that’s the thing about surfing: it kind of reminds me of how skating was when it was so important, when you started to get good—but you still weren’t good—but you would do something and you’d build on that and it would be a full new experience that you’ve never had before. On a skateboard it’s harder and harder to get that because there’s so much that I’ve done with it. With surfing, when I hit three turns on a wave I’m, like, “Dude, I just hit three of them. I’ve only done like one or two before.” So there’s that feeling and that’s why I love that shit because I’m not that good at it. It’s all new to me and I can have a new experience often with it.

Is there a Skater of the Year that really stands out to you as kind of the greatest of all time?
Danny Way. Yeah, for sure. He’s one of my favorite skaters.

Alright. Well, cool. Is there anything I should have asked you?
No, I think that’s it.