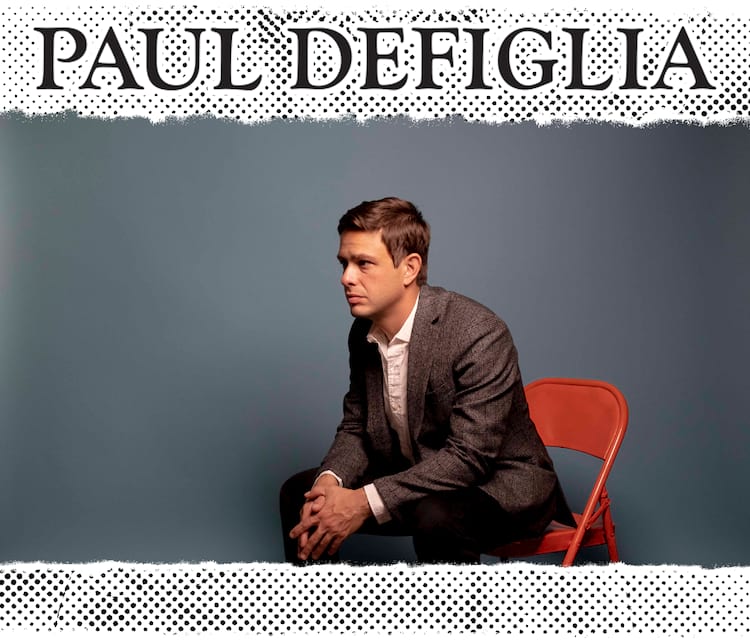 Paul can do it all—play multiple instruments, produce records, mix albums, skate and even make a mean keto salad. He just released a wonderful new solo album recorded in his new studio showcasing his range as a musician—it’s titled In Daylight and it’s great. Paul also lended his talents in the booth to a Leo Romero record. Our former SOTY calls up the mix master and multi-instrumentalist to talk about the new album, a productive quarantine and starting a studio in Nashville. 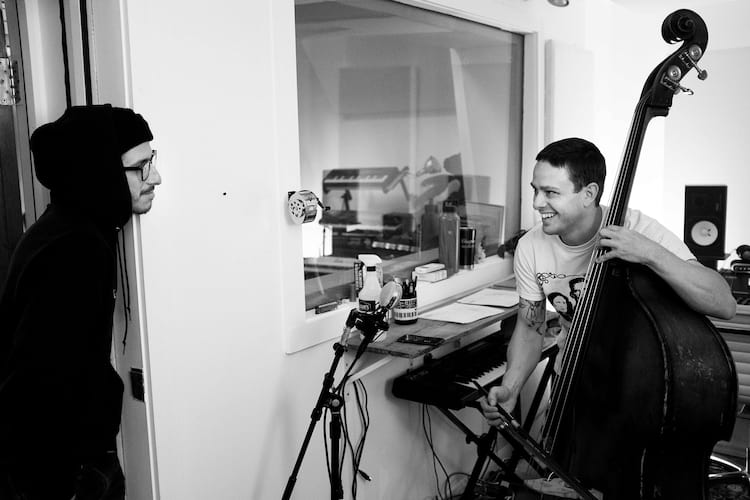 What’s up, Paul? How are you doing?
I’m doing alright. It’s cold here and I’m trying to stay busy. I have a tech guy over here right now. Remember that weird sound on your guitar? I’m still trying to figure that out. Luckily I’m in Nashville and there’s an experienced tape tech in my neighborhood.

Home base for you is Nashville, TN. Is that where you recorded your album?
Yeah, it’s been seven years living here.

You were a traveling musician for major bands. What made you get off the road and start the production studio life?
I started getting into recording and producing when I was still living in New York. I had a version of Logic on my computer around 2006. Touring took its toll on me, with various bands. It felt like I didn’t have enough time to be keeping up with projects, or the amount of projects that I wanted to do.

Was that something you had in mind for a while?
Well, not really. I started thinking about recording a solo record shortly before COVID happened. It was a thought like, Oh, that would be cool to do that someday. Then COVID hit and it was like, Why don’t I just start working on this now?

How did you go about picking the songs that you wanted to be on the album?
I started out with a huge list of songs that I liked—from childhood until last week. Then I looked at which ones I could actually record and do some new things with. They are more than just songs that I like. I think, How can I put a spin on this while still honoring the original?

I think all of the songs you picked are really cool. A Nick Drake song, I would imagine, is a tough one to cover ‘cause it’s Nick Drake. I feel like you did a great job with that one. I’m not familiar with all of the songs, but the ones I am familiar with I think you did great. They were familiar yet different enough to get you re-stoked on the original song as well as the rendition you did.
I wanted to pick songs that were off the beaten path. I wanted to pick songs that were my bread and butter of listening since the ’70s as well as some stuff that was a little bit more modern. I wanted to encompass everything that I liked—genres, time periods, styles.

I listened to it a bunch on a long drive and the one that resonated with me was “Woe Unto Me.” We were driving through this small town somewhere in the middle of Texas and that song came on. For me, it was like, Holy shit. I had heard the song before but it wasn’t in the traditional funky way. How do you go about working on a song like that?
That was the first song I started working on. It’s actually an early Beck song that I originally heard on a bootleg from a radio show he did on KCRW called Morning Becomes Eclectic. We used to trade these bootleg tapes and stuff. That was on one of those. I always loved the song but Beck never released it until the deluxe version of One Foot in the Grave came out. The version he does on that is almost a totally different song—it’s fast, it’s folky, in a major key. The one that I know, it reminds me of “Strain of Sorrow” with the dark minor sound. I thought that’s what the song was called but it was called ”Woe Unto Me.” I found that out when I looked up the publishing for it. It put me in that dark COVID place. It brought up a spooky post-apocalyptic cowboy movie vibe for me.

Very bleak, in a beautiful way.
Thank you. It was the first one I started working on and experimenting with drum machines and synthesizers. The song started off as just synthesizers and I was trying to get the same rolling-guitar finger thing but with just synthesizers. It didn’t really work out how I wanted it to. I ended up stripping it back and rebuilding it. I got a friend of mine to actually play guitar on it.

When the piano comes in, it's beautiful. That moment hit me pretty hard. It’s good. Everything on this album was recorded in your studio, correct?
Yeah, everything. The contributions I got from people were mostly done remotely. I did it all on the same tape machine that we worked on. When I would send stuff and get it back, I would put their part onto tape. I kinda had to figure it out and sync it up with the right speed and stuff. Only a couple of people came in to do their parts. Erin Rae came in one day and sang her parts. Amy Blaschke sang in person. Everything else was done with just me or remotely.

That’s awesome. I feel like in some ways this album can be an advertisement of your capabilities and your studio. Kind of like, I can make you sound as badass as this album.
That was kind of the intention. I wanted to showcase the studio and I wanted to showcase my abilities as a player, as a producer and engineer. It was really fun for me because I got to experiment with a bunch of stuff. Like, if I had somebody here and on the clock, I wouldn’t be fucking around and experimenting like I was with my own stuff. It’s pretty time consuming. I wanted it to showcase all of the above.

Being lucky enough to work with you and within that process, getting to see you work was like, Holy shit. You can do everything—the back end, the production side, the instruments. Everything that comes with being a multi-instrumentalist. All around, it was the best ad for your studio.
Thanks. I didn’t get to do much this year. There was only one other record that we got to do here and it was [Langhorne] Slim’s. For me, it was that I got the whole thing set up, so why not try to bring people here when I finally can bring people back. 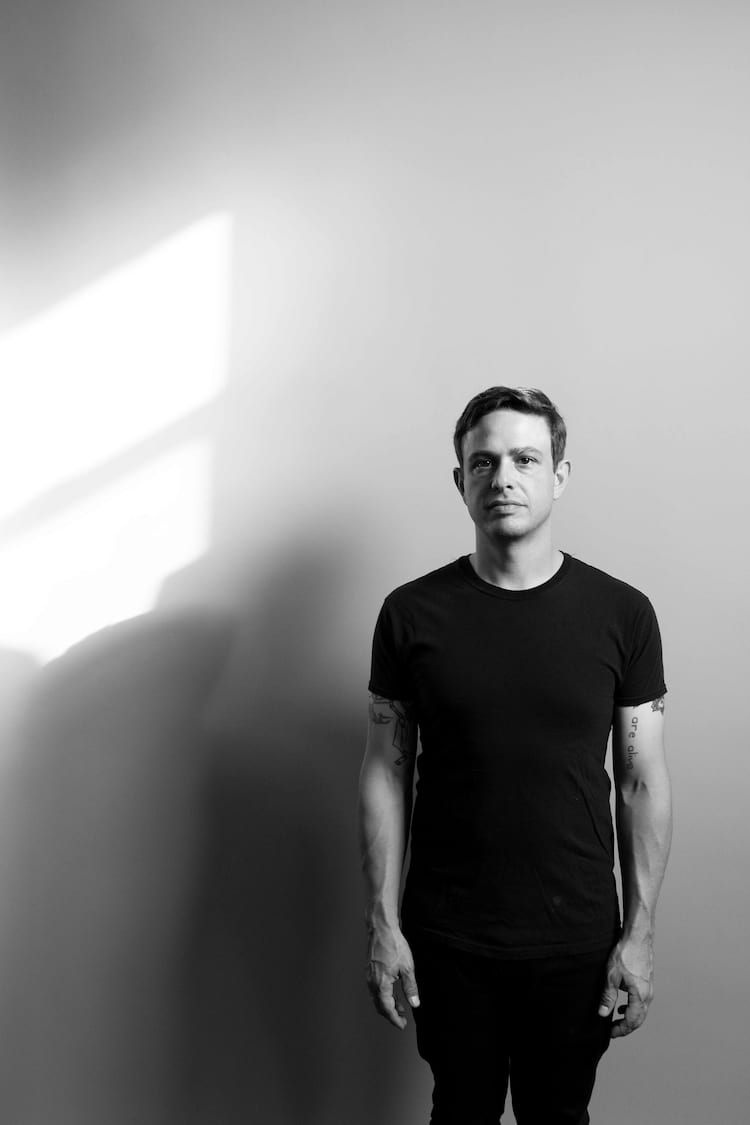 You had an idea of the music you wanted to use, but did you have an idea of the artists you wanted to have on your album?
I had Scott and Seth Avett, Erin Rae, Mat Davidson from Twain, Adam McBride-Smith and I had Amy Blaschke. These are all people that I’ve worked with in my life and they are my friends. It was a really natural thing to call each of them to talk about it. Once they agreed to do it, I started thinking which song would fit their vibe the best. I was looking at it from a fan standpoint as well. For example, for Erin Rae, I was thinking, What song would I really love to hear her sing? Selfishly. I started to curate the song to them. With Scott and Seth, it was a song that we used to play live all the time. I always loved playing live with them, so that was a no-brainer. They knew the song already—it wasn’t like we had to learn a whole new song. If I can just put together a good sounding track and send it over, they will be able to do their thing pretty easily.

They all did a great job. So you more or less thought about them after you picked the songs?
I thought of them before I picked the song. I had a list of songs and once I got a yes from everyone I started connecting them with the songs I wanted. It was them first, then the song.

Do you think you’re going to make a part two, since you had so many songs that you wanted to do?
I don’t know. I’m not trying to make a ton of solo records. I’m going to wait a little while at least. I’m always messing around with something back here. Once I get a couple little tunes together, why not make an album? I do just want to get back to working with other people. I’m happy collaborating and realizing other people’s visions.

It came out rad. Now that you’ve finished it, do you feel pretty good about every aspect of making an album?
Yes and no. Each thing I do, I am still learning. Especially in the analog world with tape, I’m still learning so much. I haven’t really been doing it for a relatively long time. But I feel like I’m getting closer, especially on the mixing front. Your record was one of the first full-length records that I’ve mixed top to bottom. We mixed yours analog so I learned a ton doing that. Since doing that, I’ve mixed Slim’s record and my record. Each time I mix I’m picking up a lot of information and a lot of experience. I feel like I’m a lot more confident than I ever have been. But there’s always more to learn.

It’s an endless saga. If you could choose a favorite song on the album, which would you pick?
I like “Country Blues” and “Katie Cruel” because they’re kinda similar. They are both old folk songs that have been reimagined with new chords and different arrangements. I like modern interpretations of folk songs. Out of the ones that I sang, I really like “Asshole” a lot. It has a good sense of humor and a good feel.

What would you say was the toughest?
Fiona Apple’s “Valentine.” That was hard to do because it had to be a full take and I kept fucking it up. I made it harder on myself than it needed to be.

What’s next for Paul and his studio?
I’m looking at the calendar and it’s wide open. Now that I have this behind me, I’m a little scared. I’m sure we will figure something out. I’m just trying to get a routine. I’ve been practicing piano a lot recently. I’m getting into the whole marketing and PR side of this thing. That’s a whole new world for me. My wife has been helping me sort through some of that stuff. Ultimately, I want to be getting in here and recording and producing with people as soon as possible.

I gotta get over there. Any shoutouts?
Thanks to everyone who played on the record, everyone that helped out with the post-production phase, the mastering, the artwork. Thanks to Scott and Seth Avett and Erin Rae, Mat, Adam and Amy for singing on it and all of the technicians that fixed my broken gear all the time. 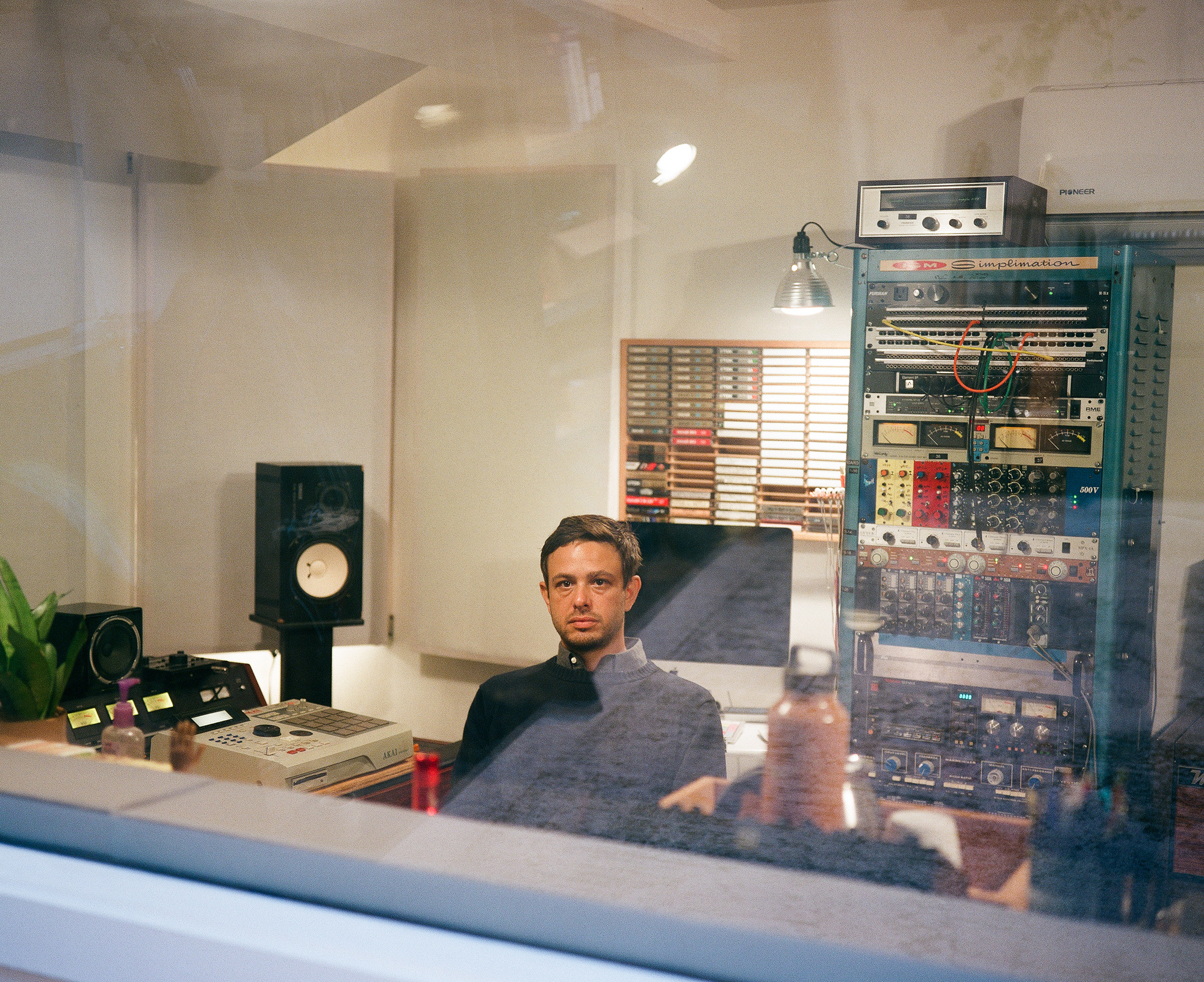