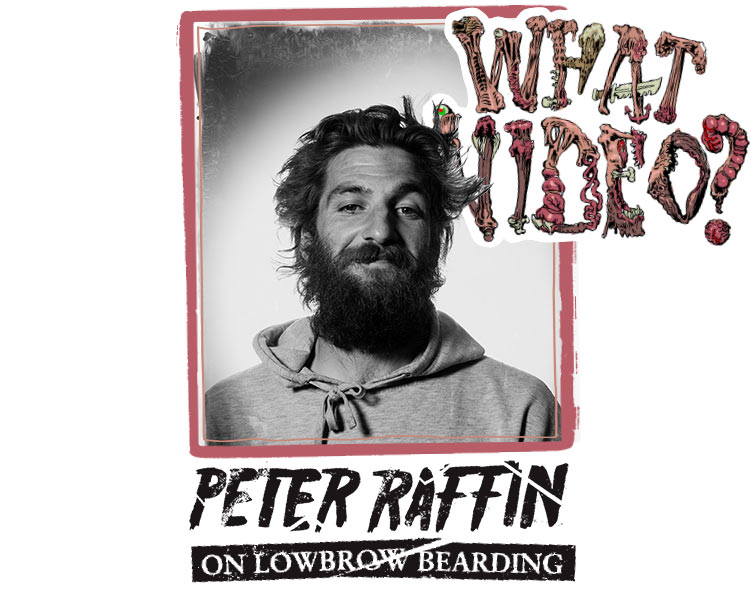 What are three reasons for having a beard?
It just happens, really. I didn’t ask for it. People avoid talking to you, though. They just think you’re a bum.

Can a beard get you laid?
If it’s trimmed at the right length it could get you laid. Too long and it will backfire. Chicks generally don’t like the bristle pad. I never really got laid because of my beard, but it’s a work in progress.

How do you know when it’s time to cut it?
When food starts getting stuck in it. When you start chewing on your mustache while you’re eating. When brushing your teeth becomes a nightmare. 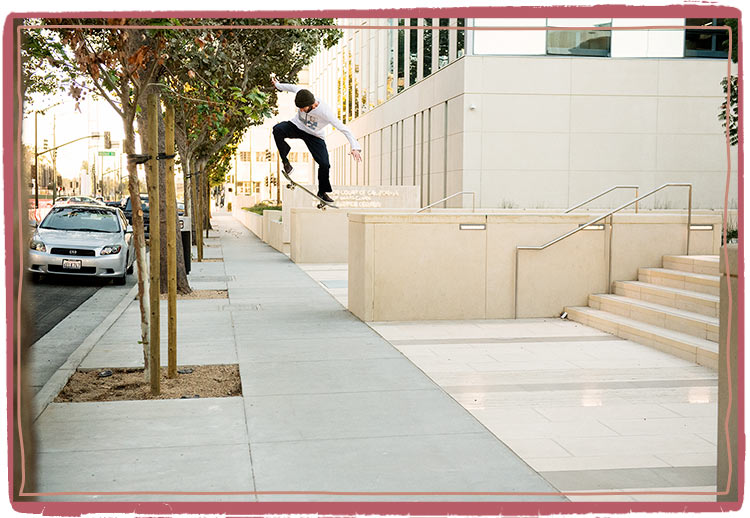 Would you enter a beard-grooming competition if Creature entered you?
Yeah, why not. I don’t groom it, though. It’s all natural.

How much to cut it off right now?
Anything! Five bucks and a brew, pretty much. 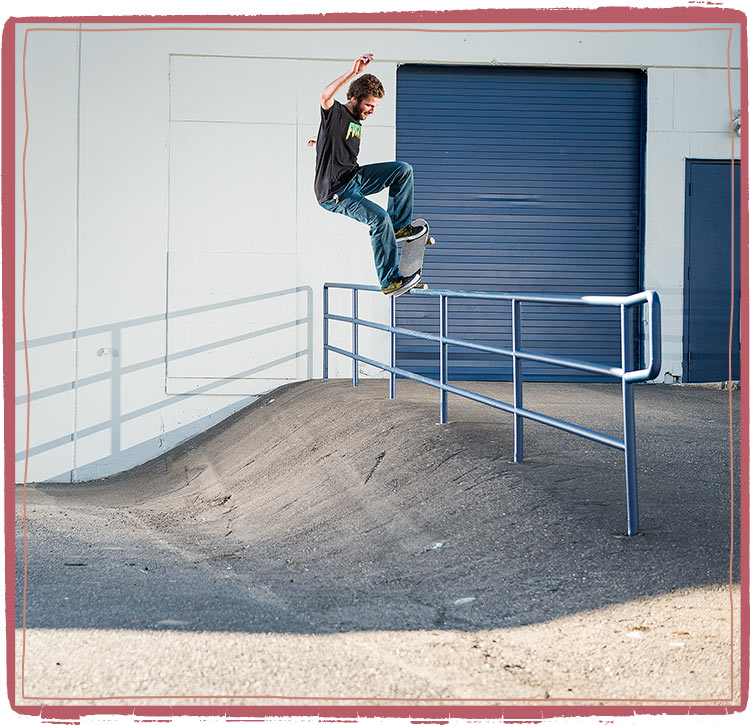 Who on the team would you like to see with a beard?
Gravette. He would look funny: disgusting and drooling. 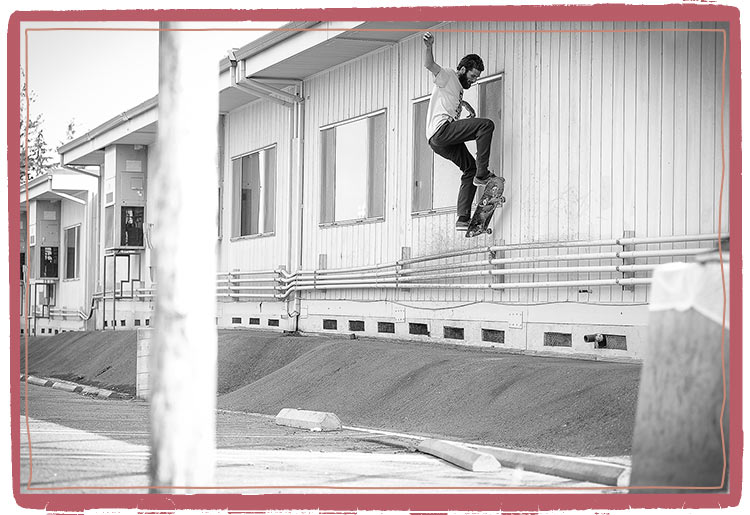 Grind to grind, off the wall    Photo: Tonascia

Trench talk: what pairs better with a beard, the v-neck or camouflage?
Oh, camo for sure. V-neck and a beard and you’re just confused at that point.

Would you date a bearded woman?
No. I couldn’t make out with someone who had a face like mine. 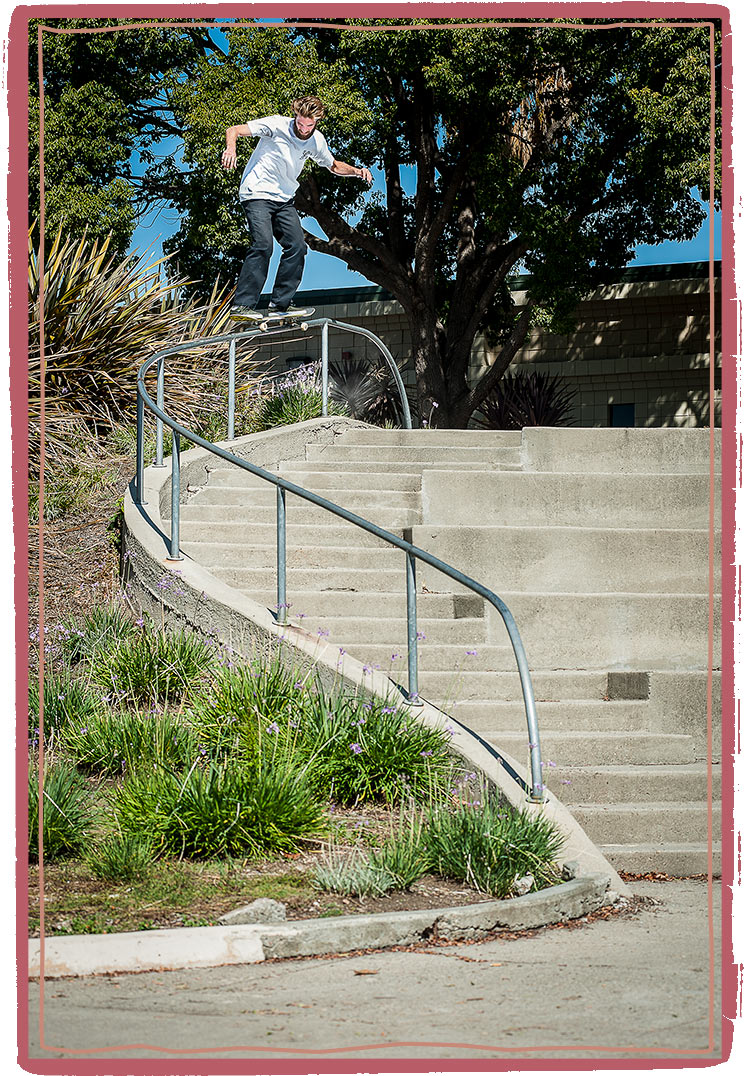 It ain’t Creature without a snake or two. Slappy serpent grind     Photo: Tonascia