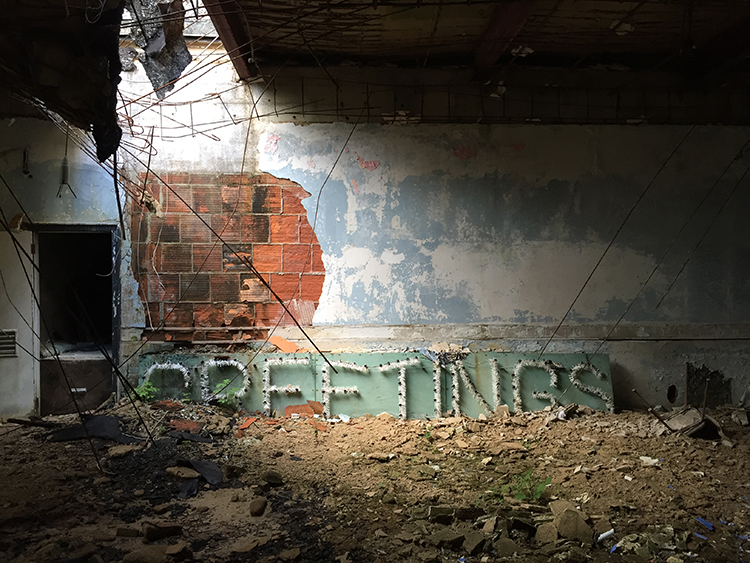 Rick McCrank explores America's forgotten places and the people who call them home in his new Viceland TV series "Abandoned."

The show premiers September 2nd at 9 pm EST on Viceland and will air every Friday for ten episodes.

What made you want to create this show?
I had the opportunity to work with some of my best friends and try something interesting and new. And it was an opportunity to just kind of elaborate on what skateboarders see and explore every day. But in a new way.

Who was your crew and what is your history with them?
Like I said we were all close friends. My director is Alex Craig, he’s one of the writer/directors of Machotaildrop and we have done a bunch of skate stuff together. He did some éS and Poler projects with me and he made Riding The Long White Cloud (a cycling/skate tour video we did in New Zealand). My producer David Galloway and I have been friends for over ten years. He used to have a rad skateboard company called The Village Green that was about ten years ahead of its time. He hates it when I call him “my producer” by the way. My friend Dave Ehrenreich shoots it with Alex. Dave is a ripping skater and made a couple skate vids. there's one called Suplex that’s rad. Our Production Assistant is Dane Collison, another talented ripping skater. 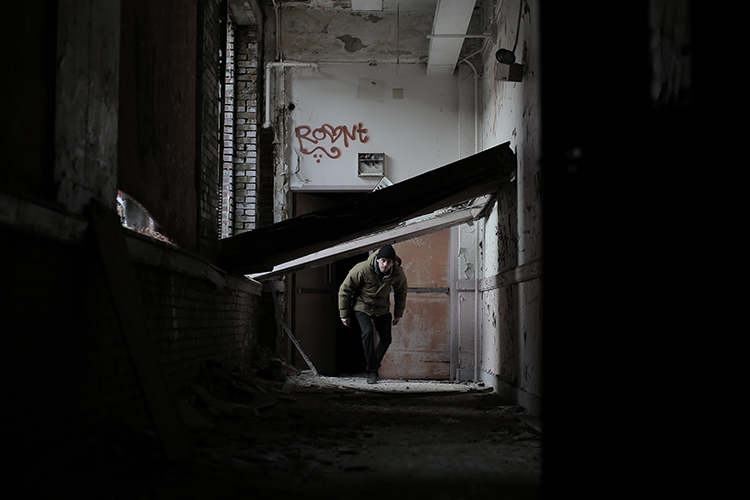 Prior to this, what were some of your most memorable experiences with abandoned places?
Dude, too many to think of. As skaters we spend so much time at these places from slabs to warehouses. Every single DIY spot I have ever been to has been memorable. That’s kind of the crux of the show: seeing the potential in things. If I had to pick something I’d say skating pools, though. They are the best abandoned places!

Where did you travel for this thing?
It was all shot in North America. We went to Cleveland, St. Louis, Charlotte, Newfoundland, Northern BC, all of Route 66, Washington, Oregon, California, Detroit and more. We went all over. It was rad because we went to cities and also some places that were so remote we had to take a boat or small plane to get to them. We were originally going to go global, but after looking at all the stories out there there were just so many right here. 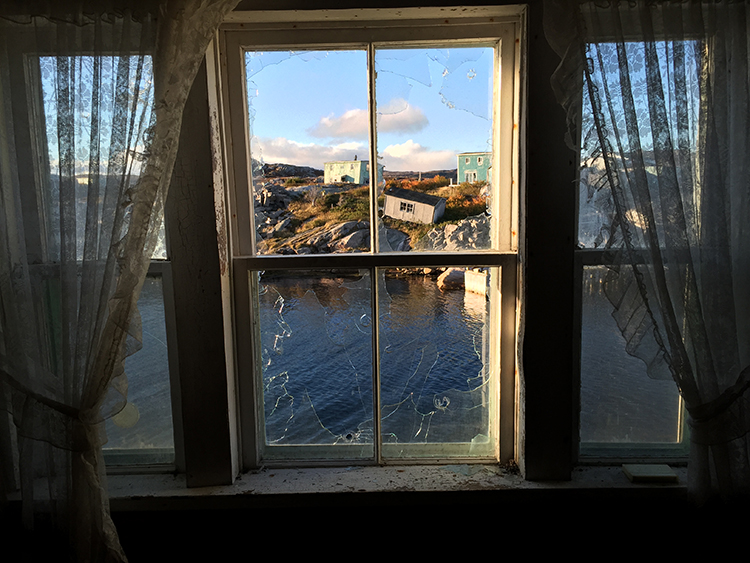 What were some of your best and worst experiences putting this show together?
There weren’t that many bad things to speak of. I guess the worst for me was the occasional 6am wake up calls. I have insomnia and I’m not a morning person so getting up at six and shooting in the early morning light was so hard for my brain. The best thing was meeting so many rad people and also getting to spend longer periods of time in new towns. Sometimes we’d spend ten days in one place which almost never happens on skate trips so I got to get to know a place. In one episode I got to drive a stock car on a dirt track. That was sick! in another episode I got to jump three stories into a flooded abandoned nuclear missile silo. The amazing people we met connected to their communities was the best part, though, for sure.

Did you run into any haunted shit? What about naked people? Step in any turds?
Well, some dudes took us ghost hunting in Akron. That was amazing! I loved that. There was even talk of a skate ghost in a dead mall! That being said, I don’t have any belief in ghosts whatsoever but it’s interesting how many people do! No naked folks were noticed anyway. I didn’t step in any turds but I definitely slipped on a lot of algae and mold. 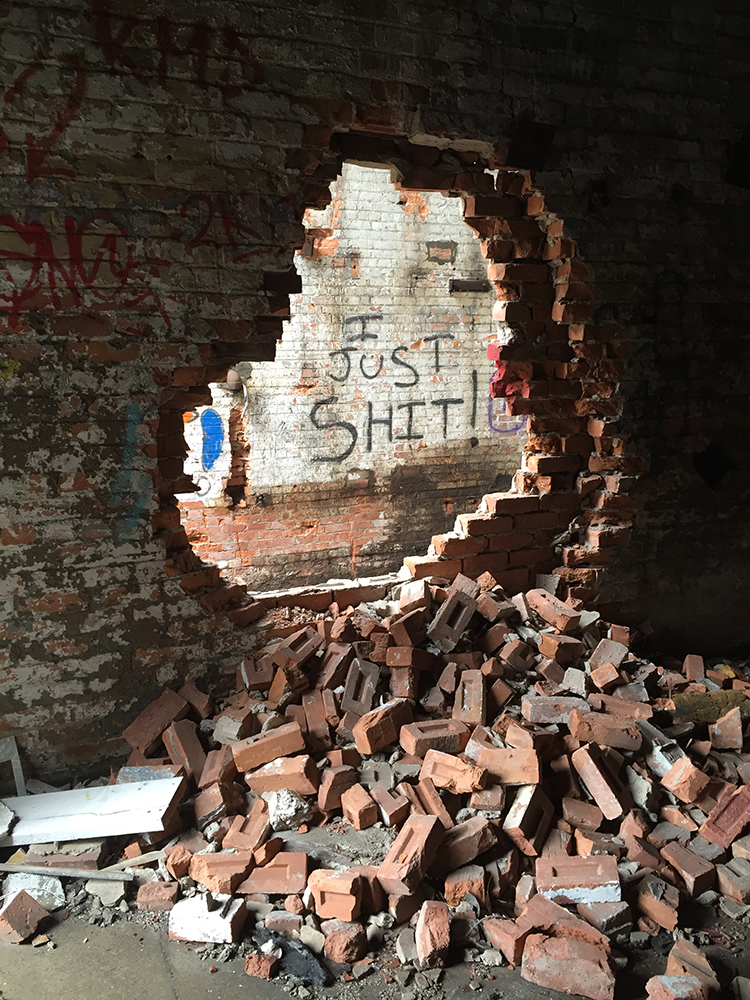 Is there much skating in the show?
We skate in every episode but it’s by no means the main focus of the show. We try to get skaters' perspectives about the issues we’re talking about everywhere we go. One time in Charlotte I was telling someone that it was cool that I got to skate in the show but I didn’t have to kill myself for it and then I immediately went and took the hardest slam and hurt my shoulder and elbow. We brought Frank Gerwer with us on the Route 66 episode. That was so fun! John Rattray was in an episode too. He killed it! 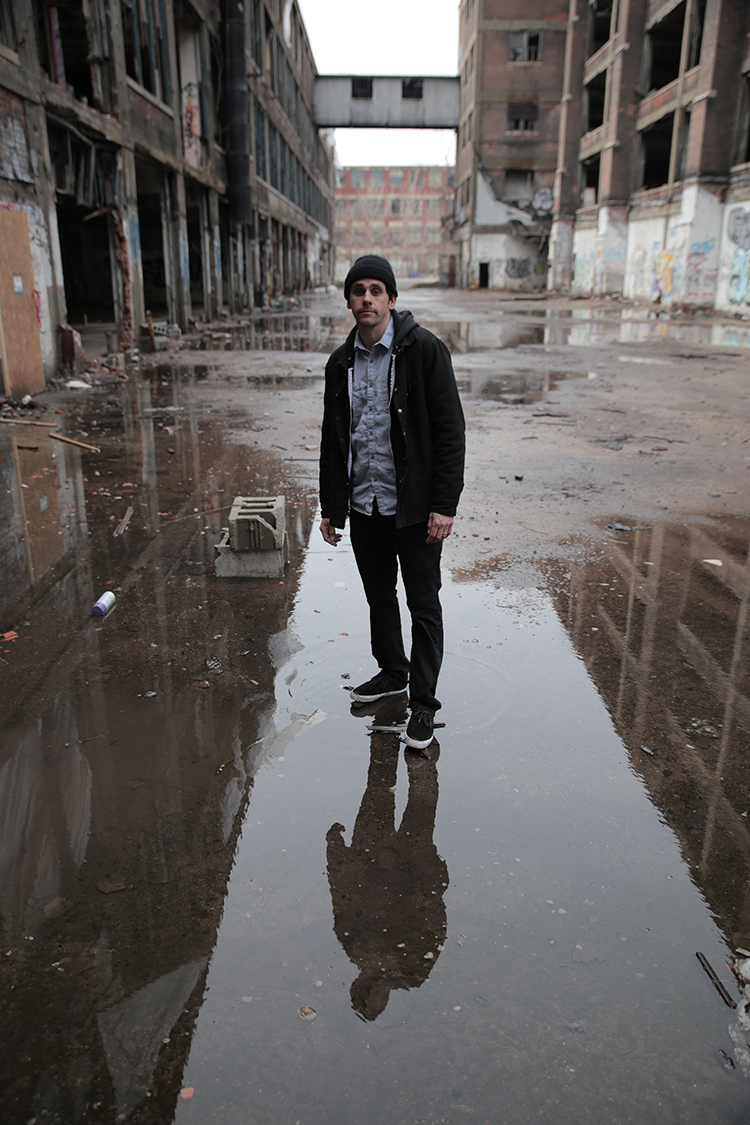 Who were some of the more memorable characters you met along the way?
We met a lot of interesting characters. I liked meeting this guy Steve McGreevy. He lives in the desert and records the sounds of the earth’s electromagnetic field. The ghost hunters were pretty memorable. There’s memorable characters in every episode for sure!

What was the most surprising encounter you had that defied your expectations?
St. Louis defied my expectations. I fell in love with that place. It’s a complicated town. I’d never seen so much dilapidation before and so many rad people dealing with it in a proactive way. Every day. My favorite restaurant is there; it's called Small Batch. But on the flip side I learned the term “food desert” when I was in North St louis. It means people don’t have access to fresh food because there’s no grocery stores around their area so they have to buy their groceries at the gas station. Food deserts are everywhere but I hadn’t heard that term before. The whole show surprised me, really. When we see North America, we see NY, LA. We see the meccas. There are a LOT of places in between the margins that don’t get shine.

Were there any abandoned places you went to where you said, "This place SHOULD be abandoned”?
A nuclear-missile silo in Washington. Fuck those things. Everywhere else needs more love. 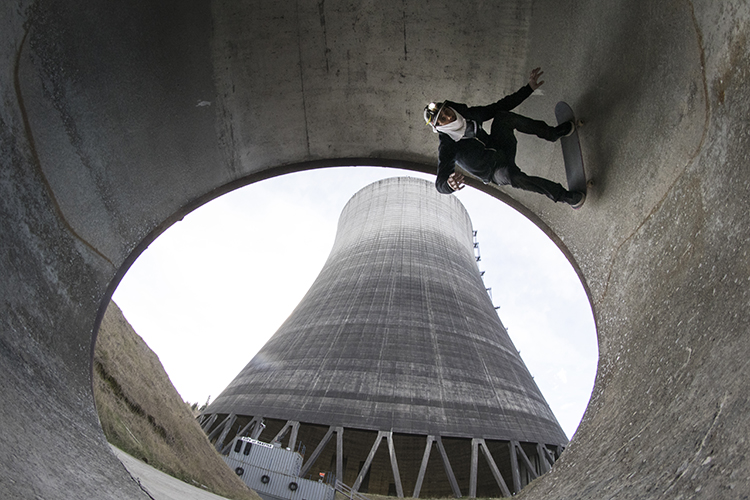 Were you a natural interviewer or did you have to figure it out as you went?
I’m naturally curious and I like connecting with people but I did have to learn some stuff for TV talking. I’m not a natural at that; it took some work. The best interviews are when you feel like you’re just having a conversation with someone and you don’t notice two camera operators, a producer and a production assistant watching you.

What other skills did you need to hone to make this show?
Talking to strangers in general. Dude, I’m an introvert with some social anxiety so I don’t naturally chat with people I don’t know. That was really hard for me. Sometimes we would just talk with people in the streets and it took a lot of courage for me to do that. One time I didn’t even do it. Alex said, "Hey, go talk to that guy," and I froze and said, “I can’t. I'm sorry but I just can’t.” I was so mad at myself for that, for letting down the team. In the end it’s a crucial skill that I learned and has made me a better person. I can honestly say that this show has made me a better person. I’m so happy we made it and I’m super proud of what we’ve achieved. 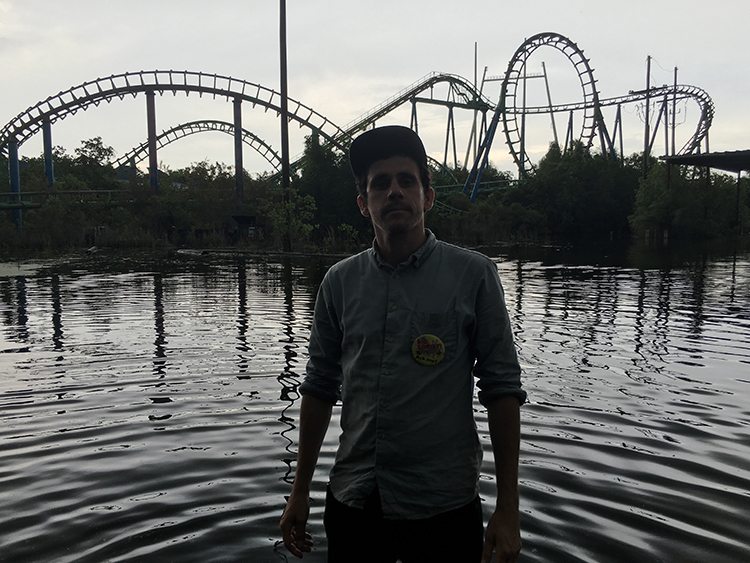 What would you say to someone who accused you of being just another white hipster fetishizing and capitalizing on the misfortune of others, what with your skateboard and your Leica and your fancy Lakai tennis shoes?
I don’t think we did that. I know we didn’t. I think we went to these places and met people that were affected by the loss of these places and we gave them the opportunity to talk abut how they felt. I hope it’s clear that we’re the opposite of that. We took a lot of care to treat these places with respect, the respect they deserve. We didn’t act like tourists. These episodes are their stories, not mine.

If you were to sum up a theme from Abandoned what would it be?
It’s a show about people who might not have a voice.

Are abandoned places a problem? If so, is there a solution?
I think they’re a problem. I think there's so much wasted potential out there. There's so much space that can be repurposed and reborn instead of wasting all the resources that went into them. But it’s super complicated. The overall biggest issue is it seems that the manufacturing base moved out of North America and so people don’t have solid ways to make money with good jobs. That, and racism. So if there’s a solution to racism and outsourcing then I’m all ears. 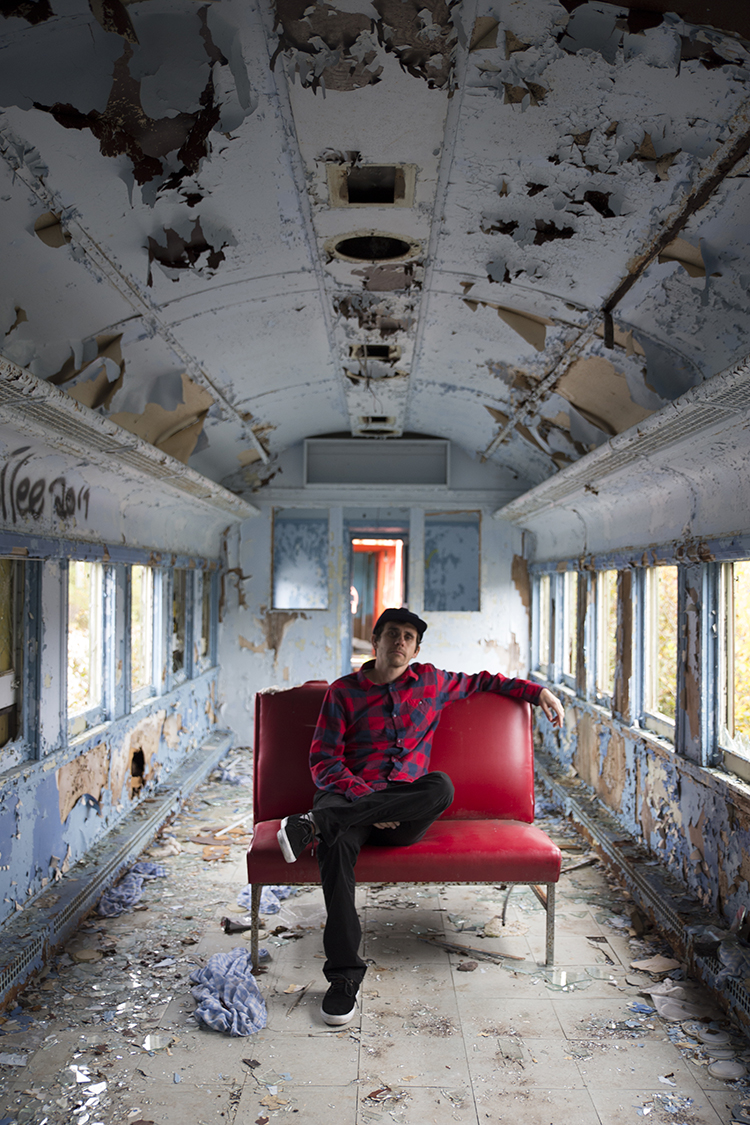 Can we hope to see you on future TV shows? What else would you like to make?
I’d love to! We’ve had a super great time working with Vice. It was such a bonus already knowing Spike from Girl. that made it less strange for me, for sure. We’re talking about a few other things to move forward with. It just has to be the right time and vibe. In all honesty, if it was a perfect world my next project would be a skate part, though. I dream about that. That’s what’s in my head when I'm laying in bed awake at night. That’s where my heart lies. I just need the rest of my body to cooperate. For now, let’s get this show on the road!