RIPNDIP opened up a surprise one-of-a-kind art gallery and retail pop-up to launch their spring 2016 line and premiere the video of their recent trip to San Francisco. The pop-up is located at 441 N. Fairfax Avenue and is open daily from 11 a.m. to 7 p.m. Until March 21st. 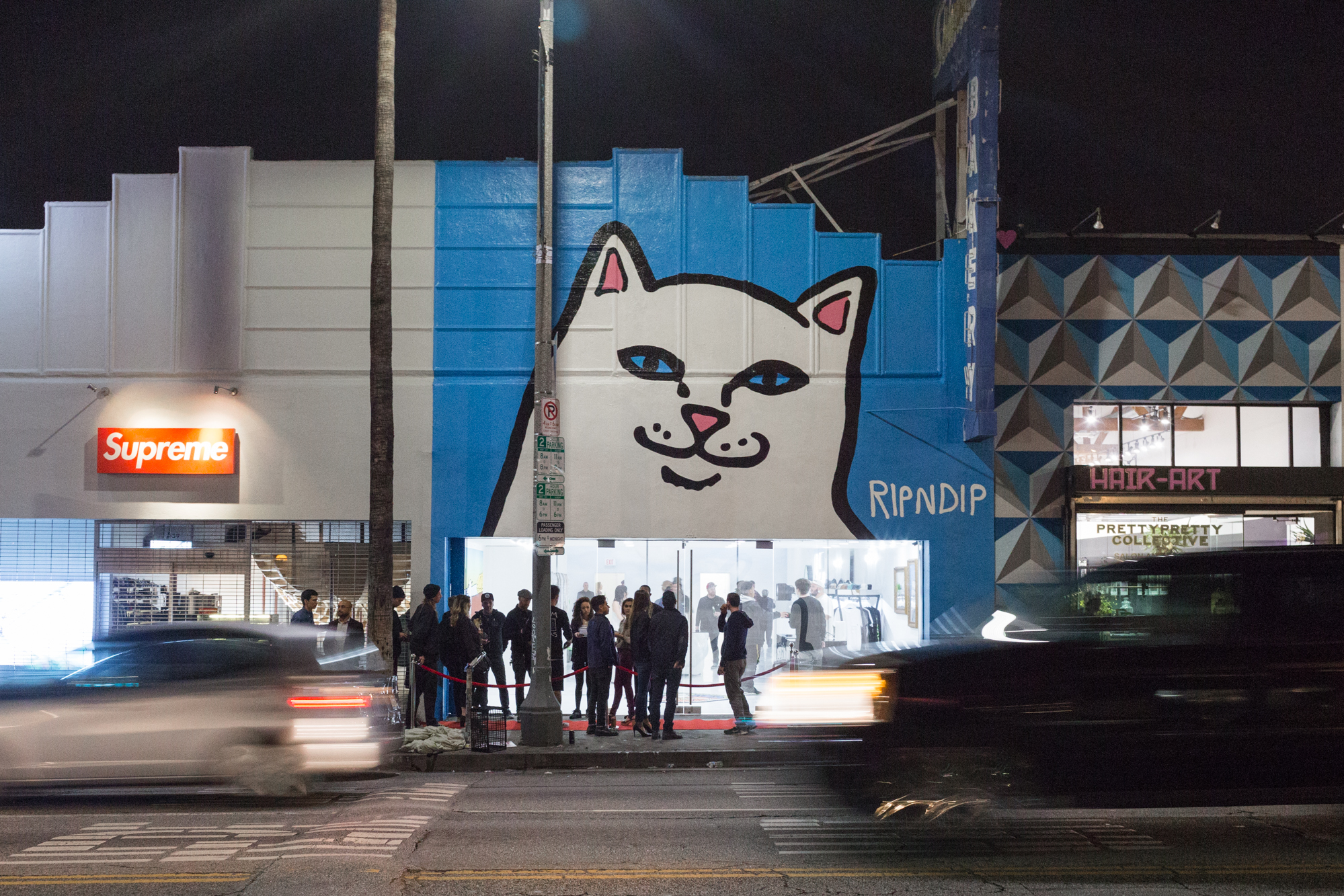 It was a red carpet affair 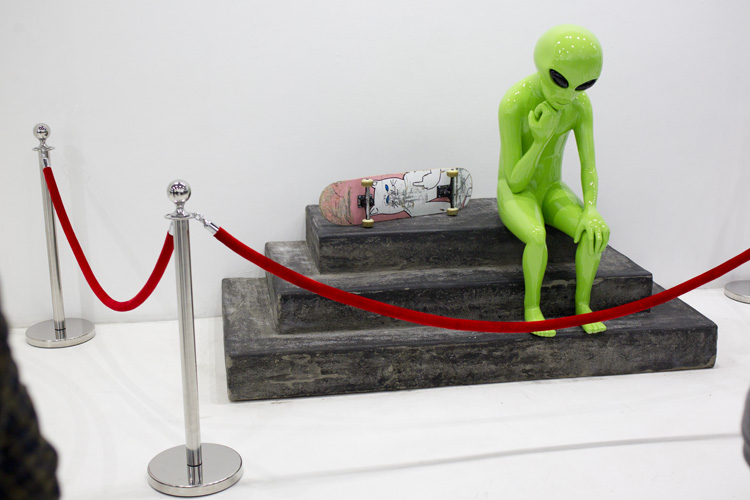 The inside had a real fine art vibe 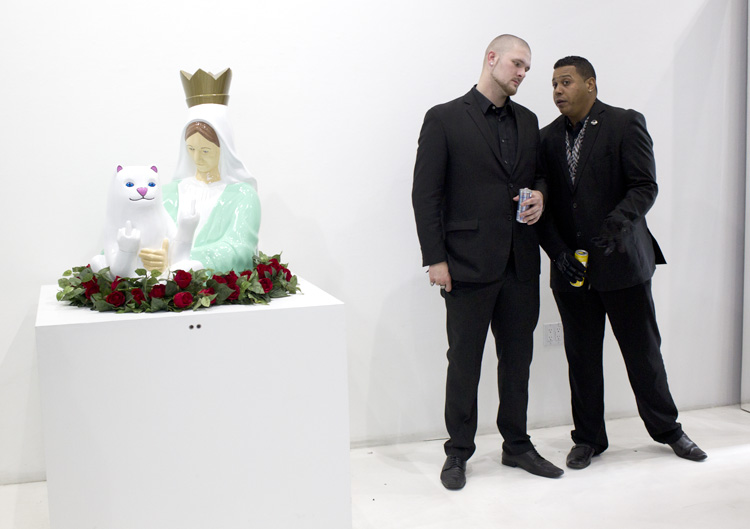 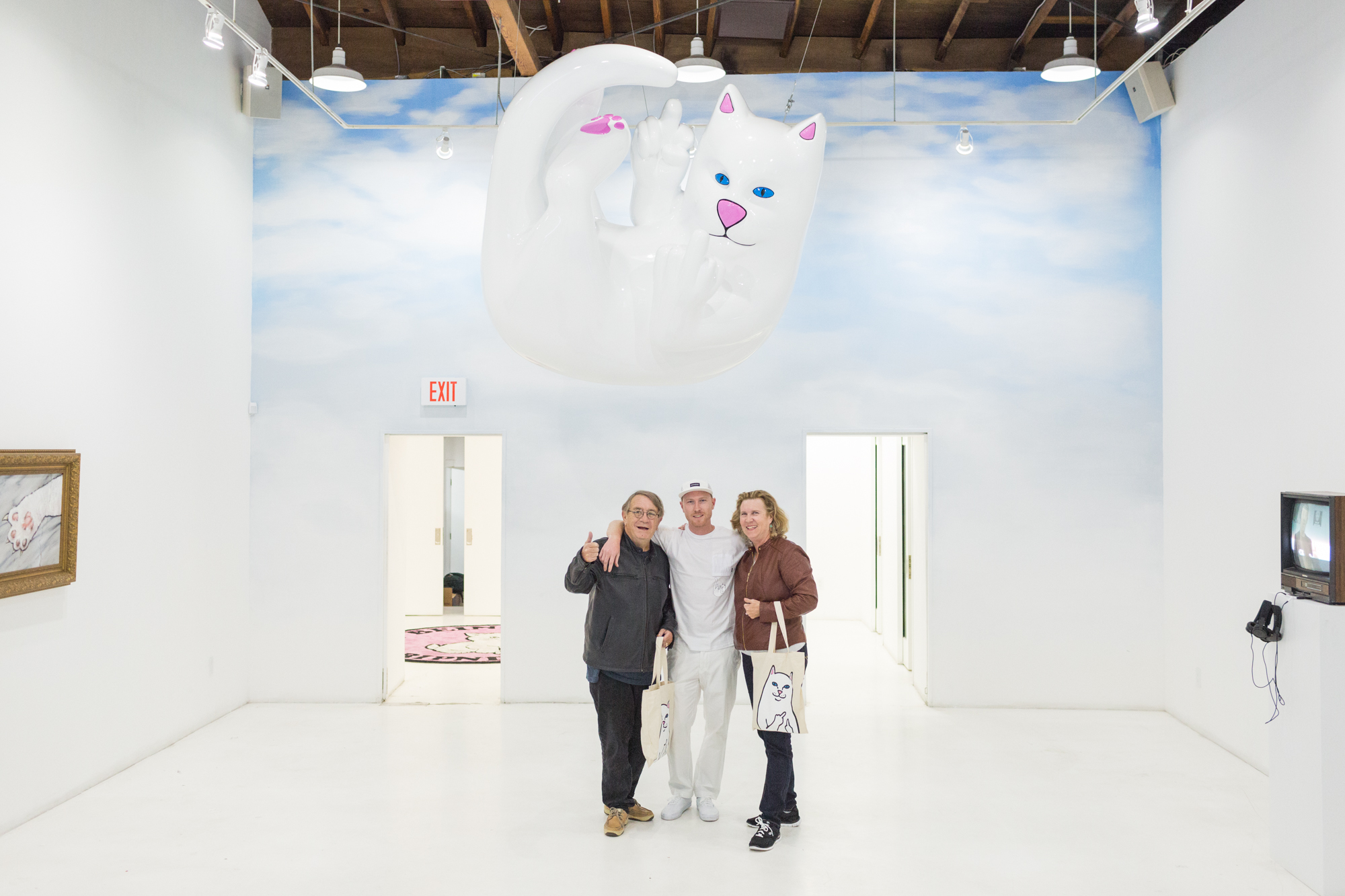 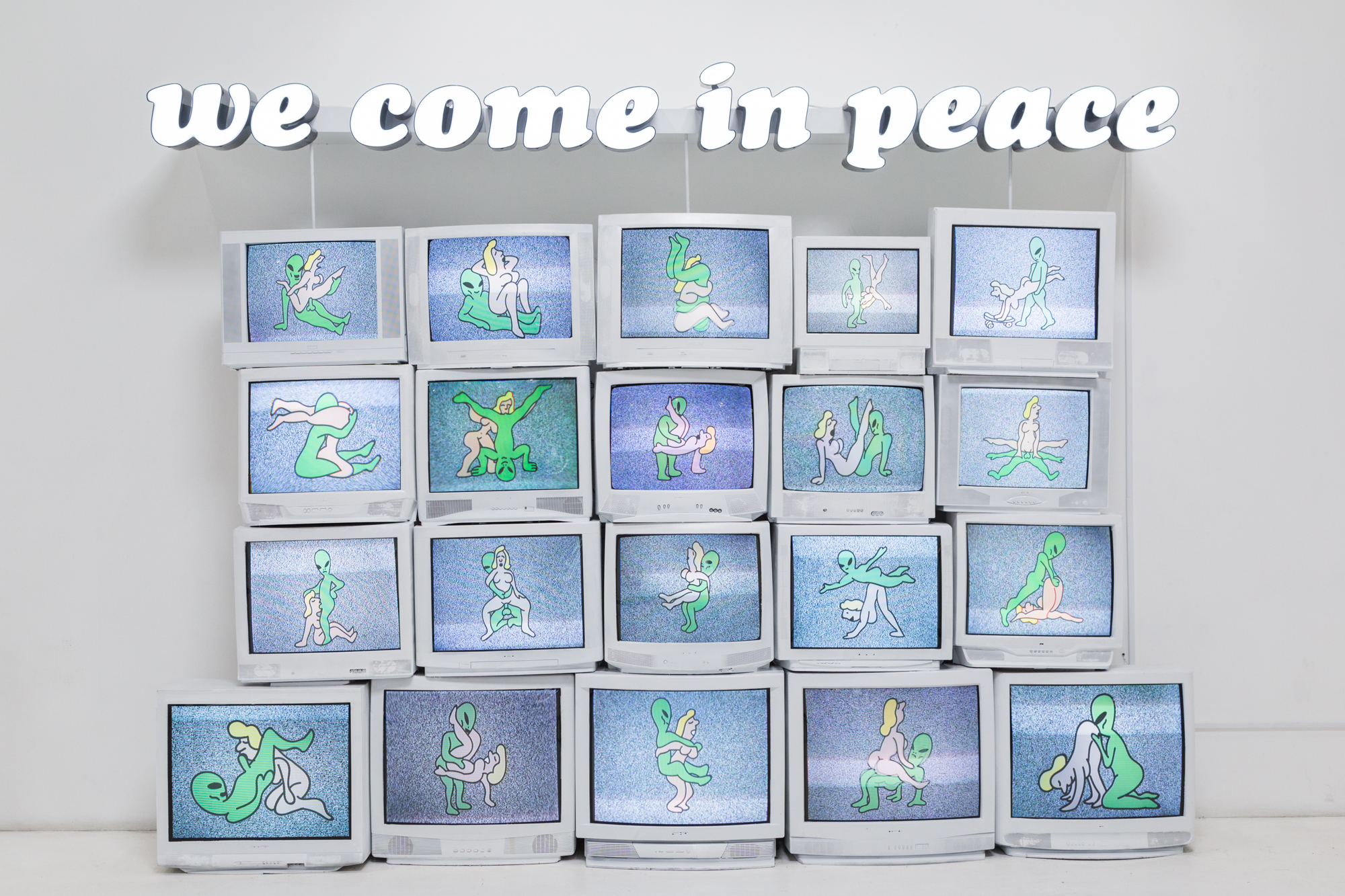 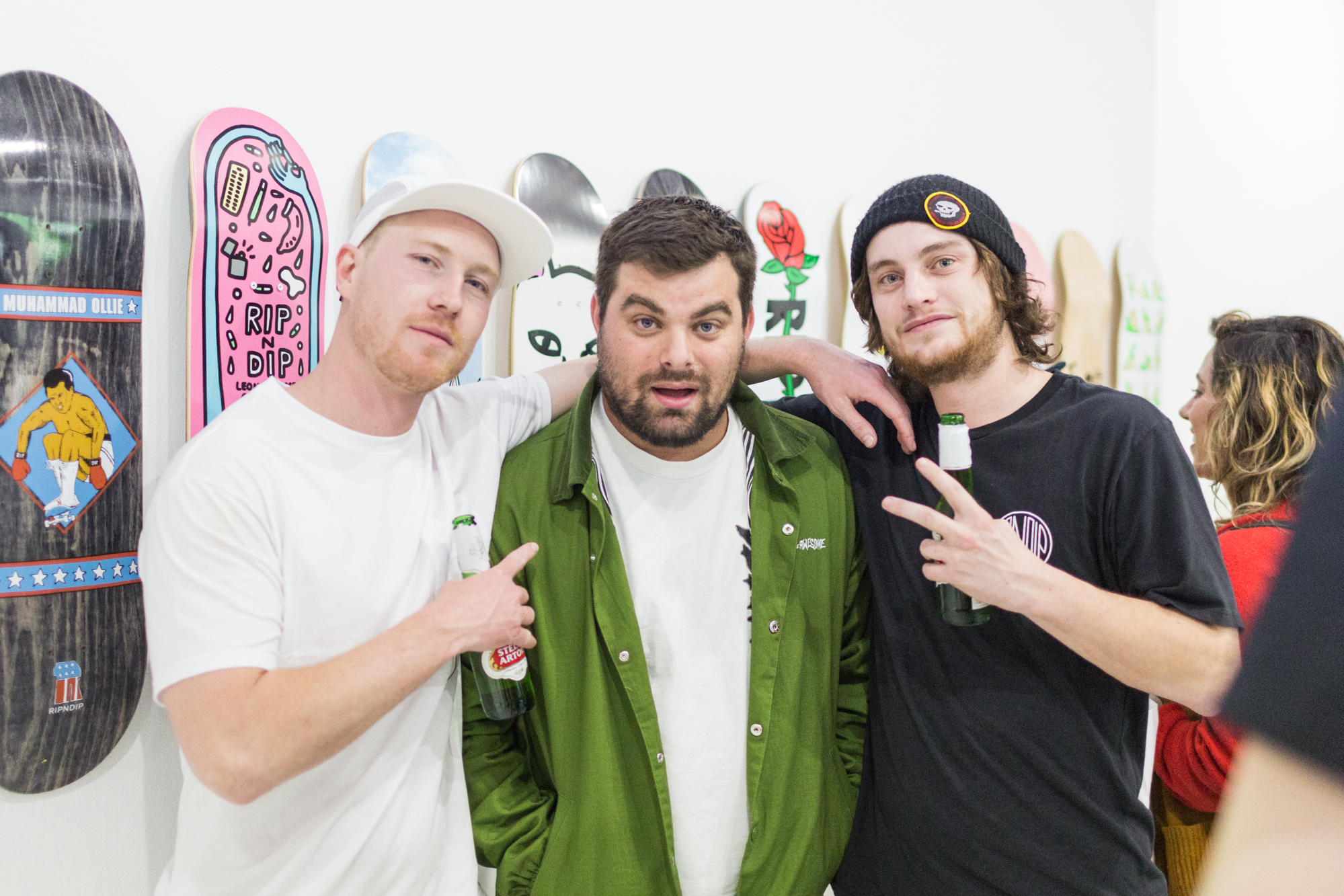 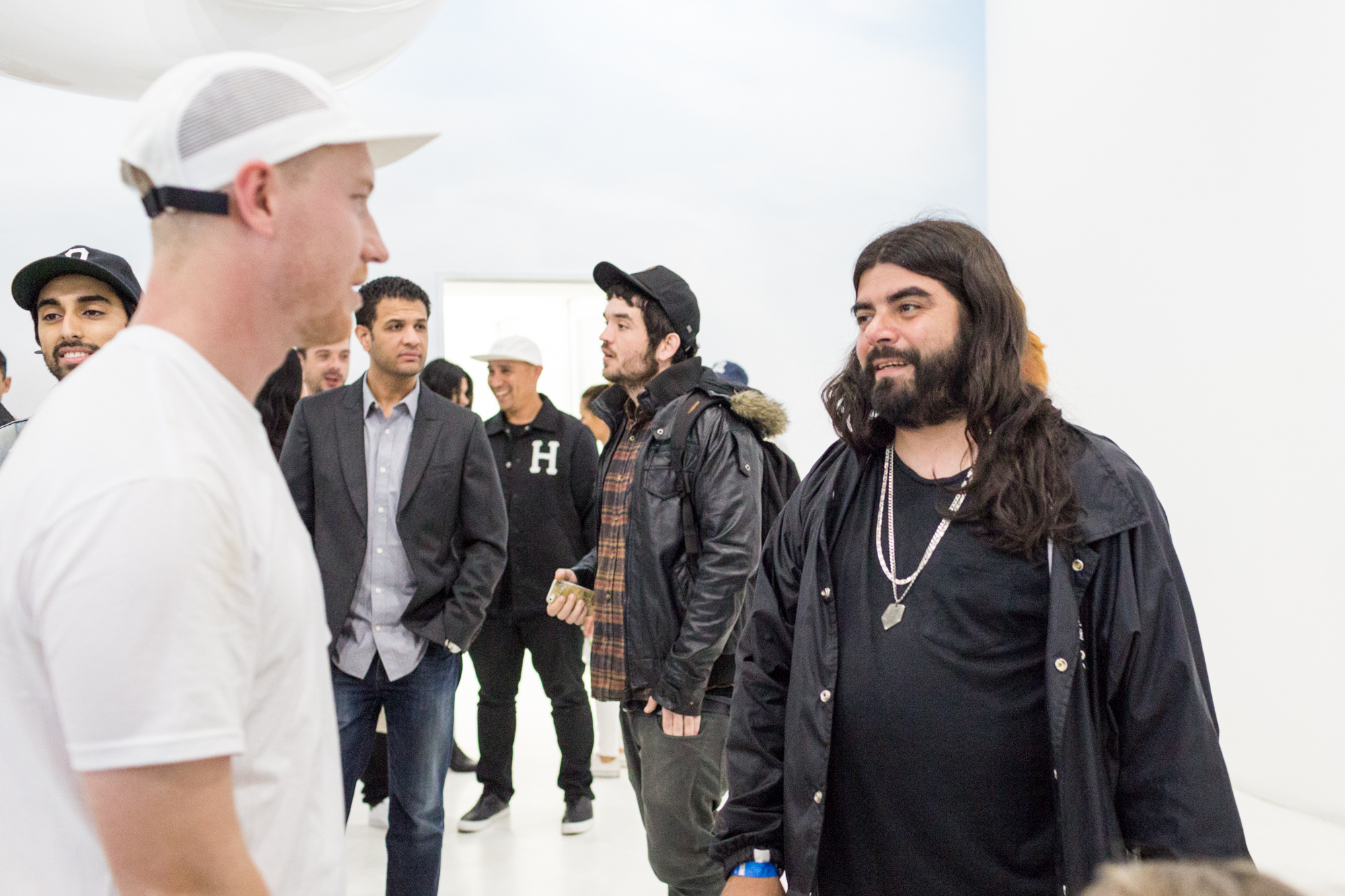 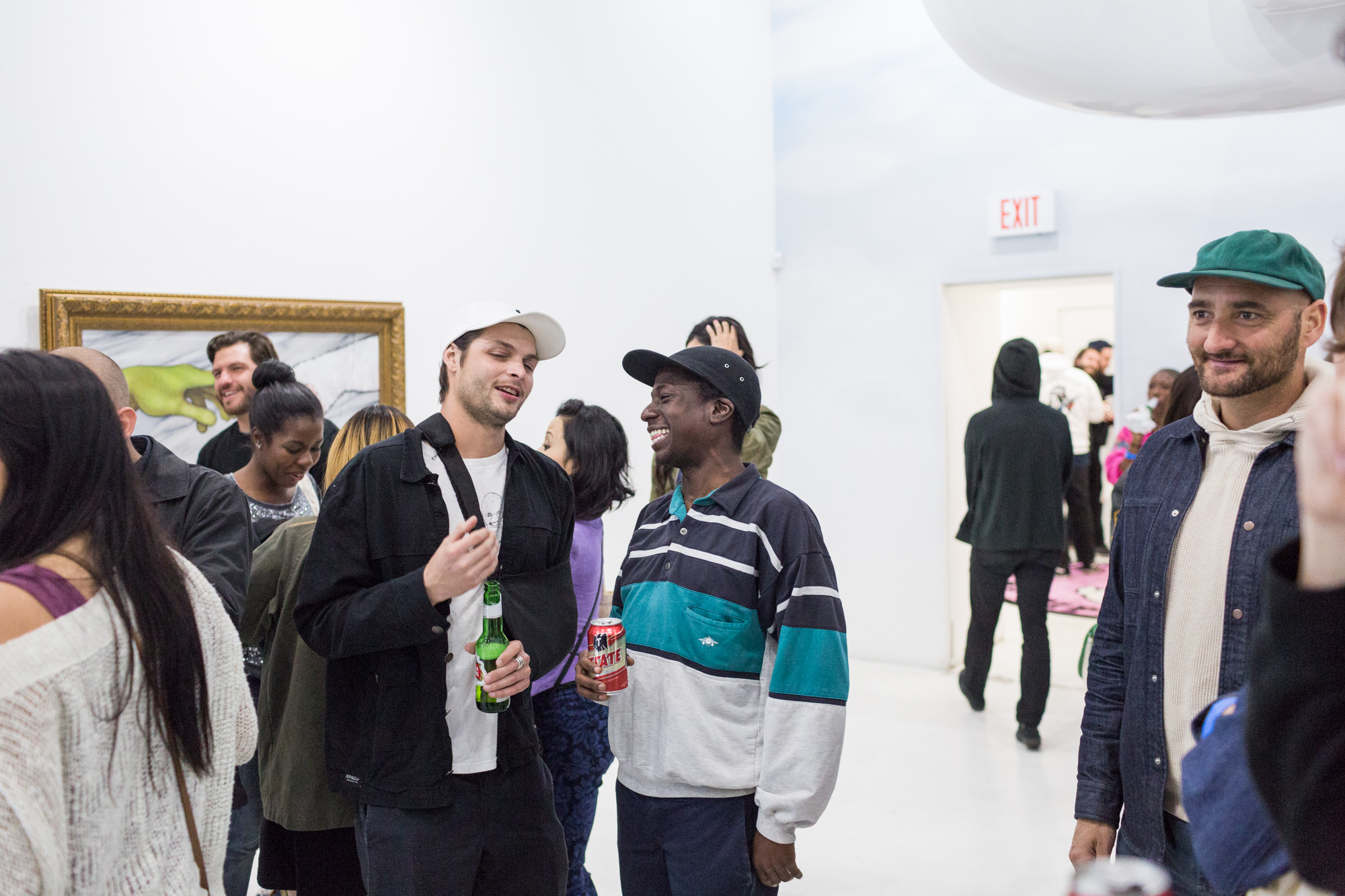 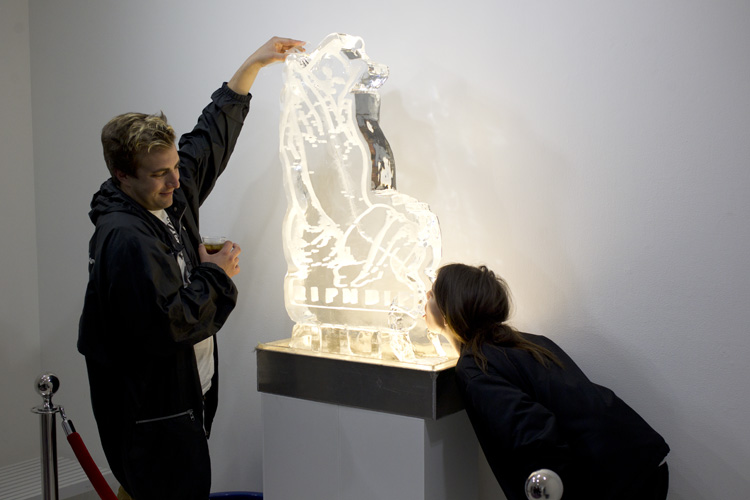 Did I mention the ice luge??? 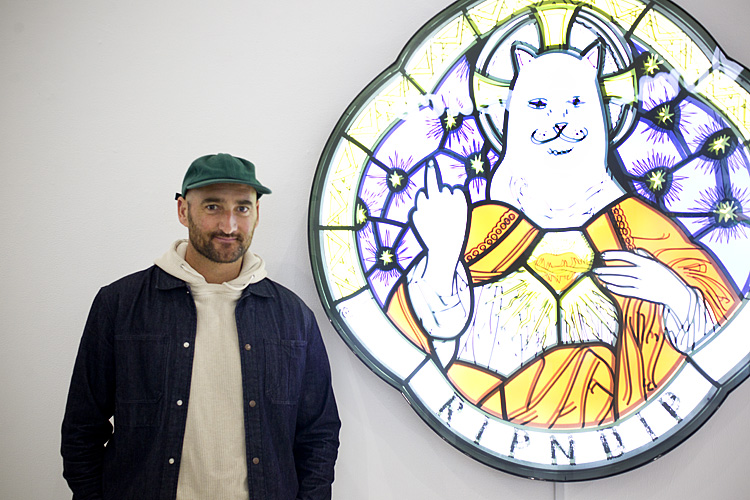 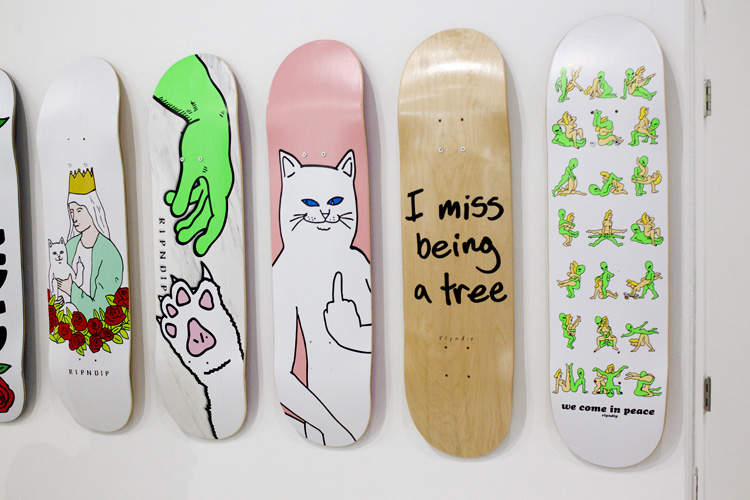 You thought the new line was only going to be windbreakers and 5 panels? 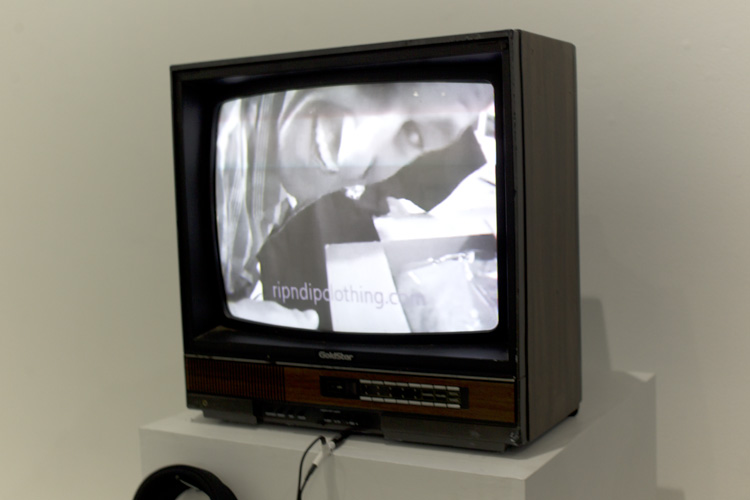 A solid endorsement from Malibu’s “The Illusion” 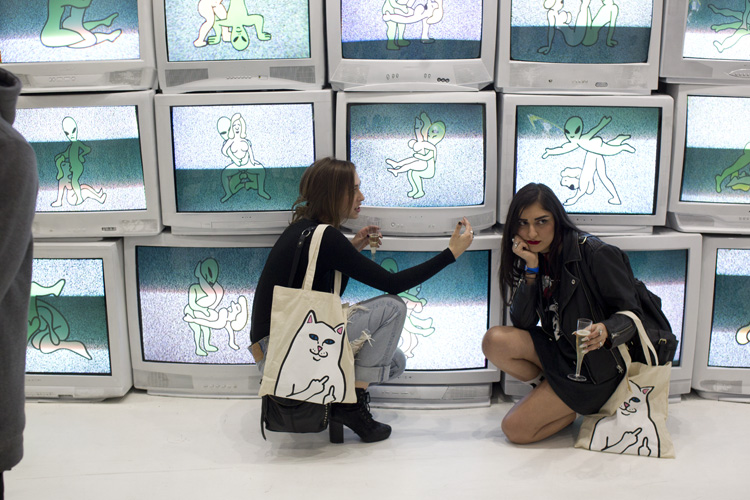 The “special gifts” in the tote bags started to kick in 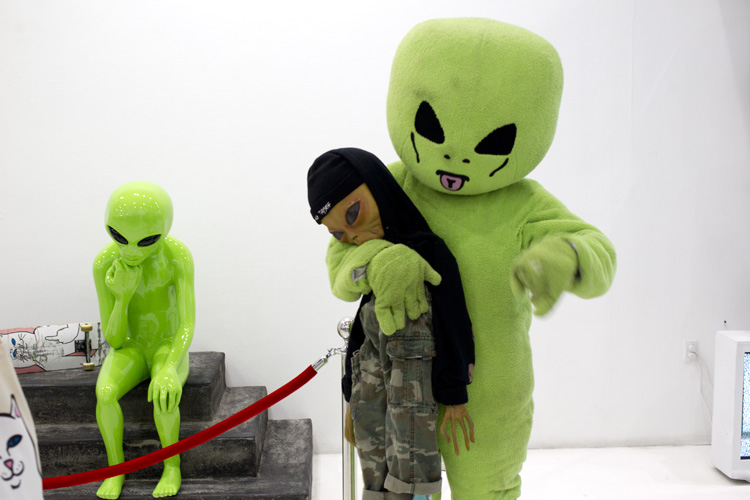 Can never have too many aliens 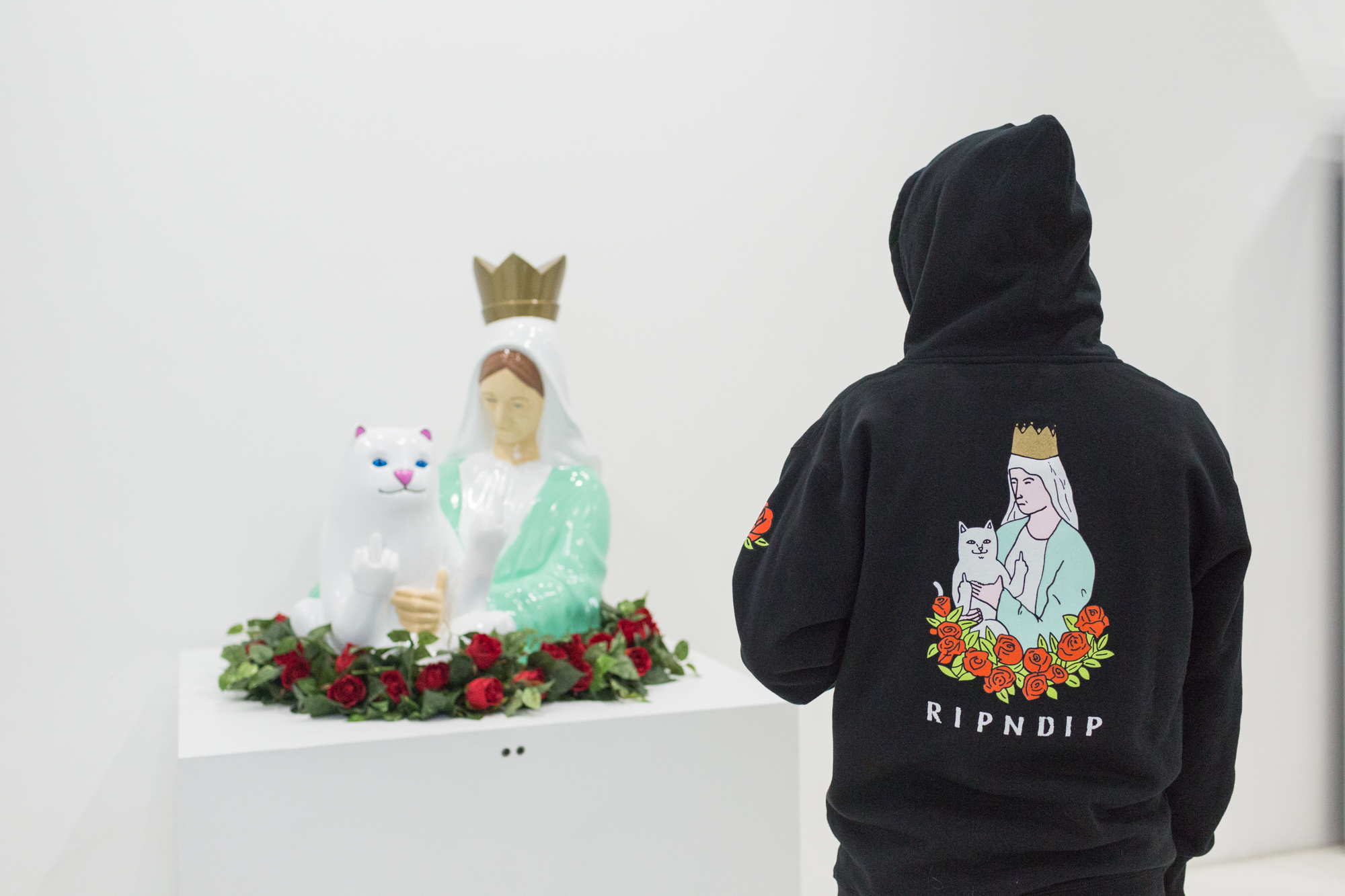 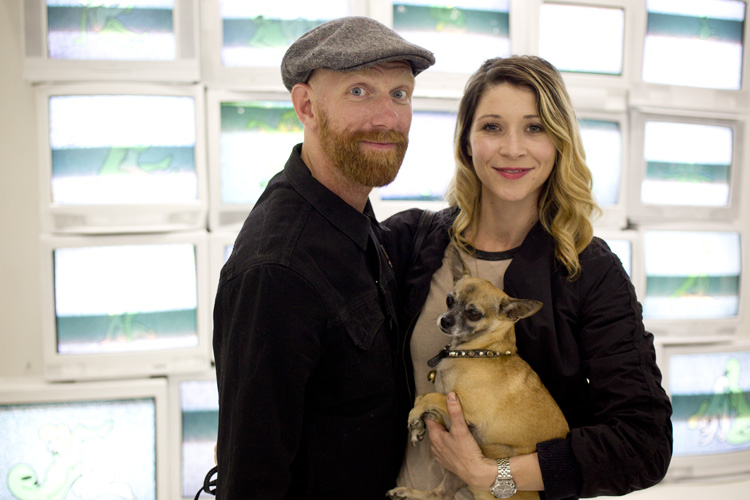 Patrick Melcher and Kate were eyeing goods for Kingswell 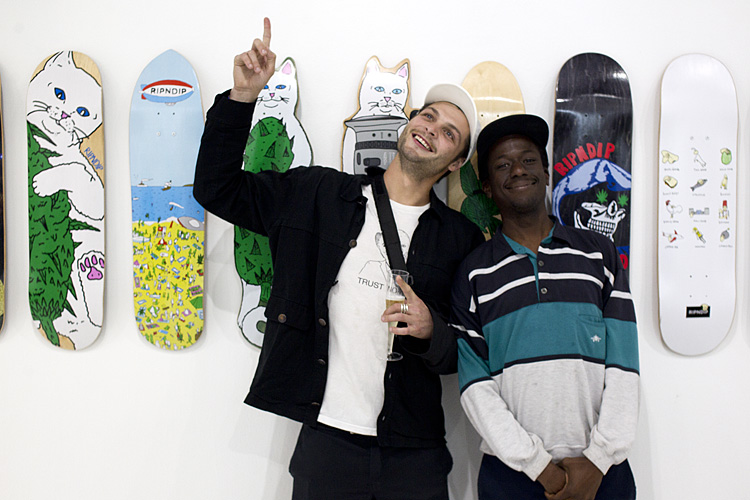 RIPNDIP’s in front of and behind the lens talent, Ryan Townley and Darien Brown 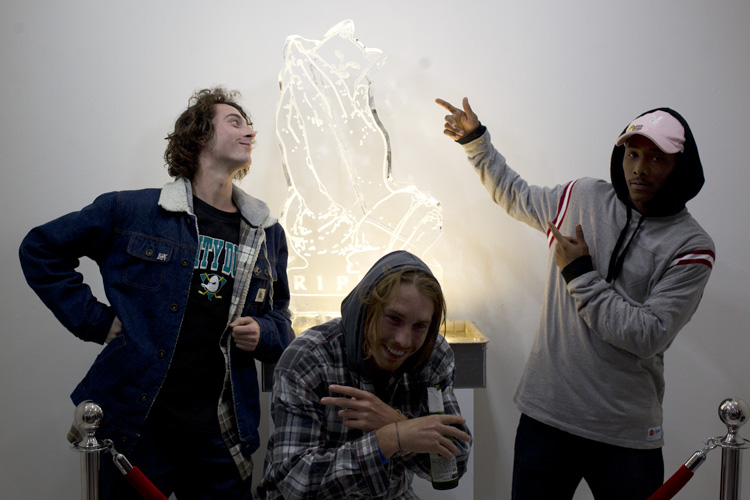 If you say the words open bar three times a Loy will appear. We lucked out and got Ethan. Along with Domo and their buddy Tom 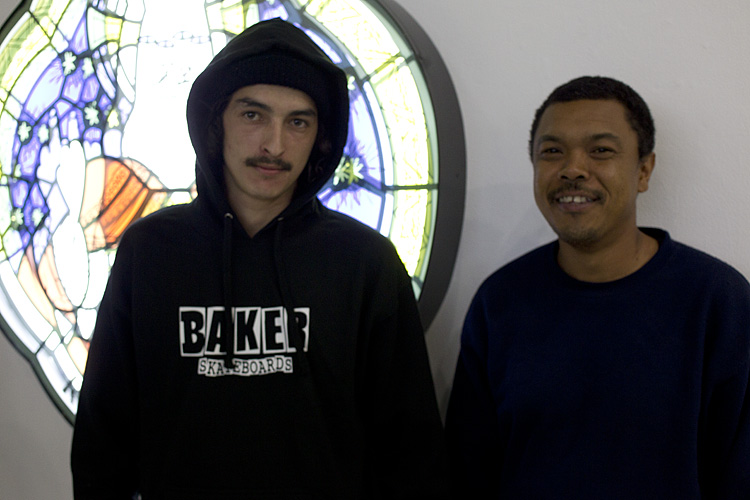 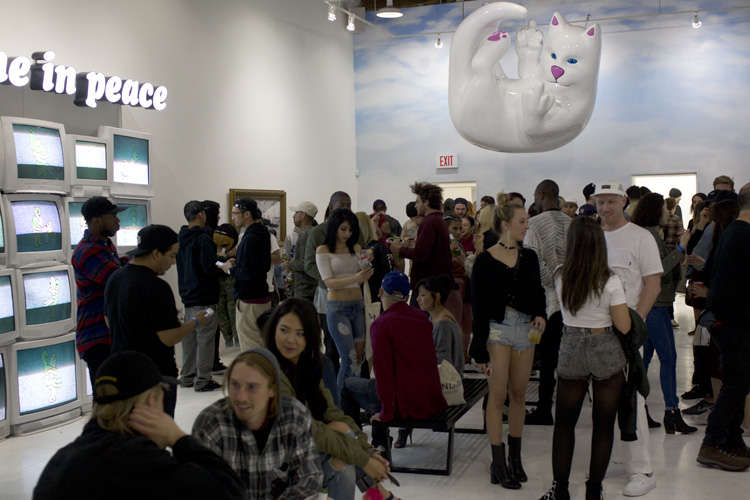 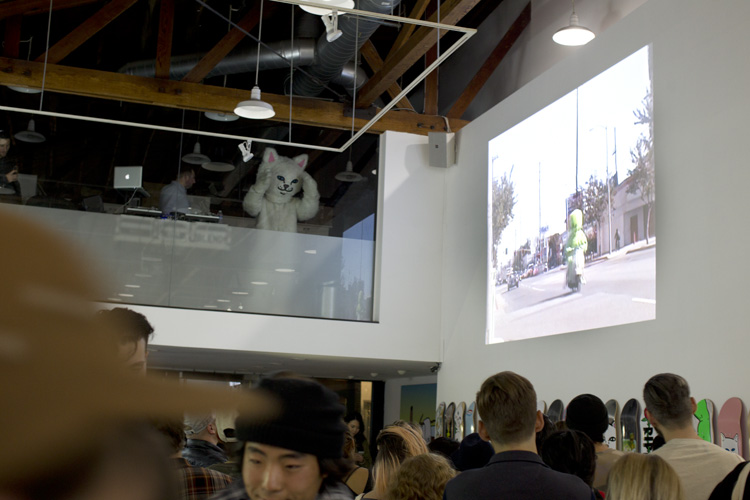 Started off with an amazing take on the intro to Mouse 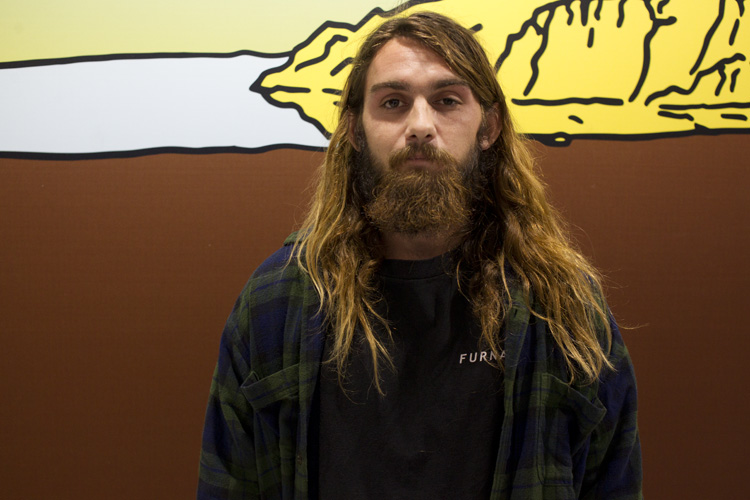 Jeff Carlyle killed it in the video 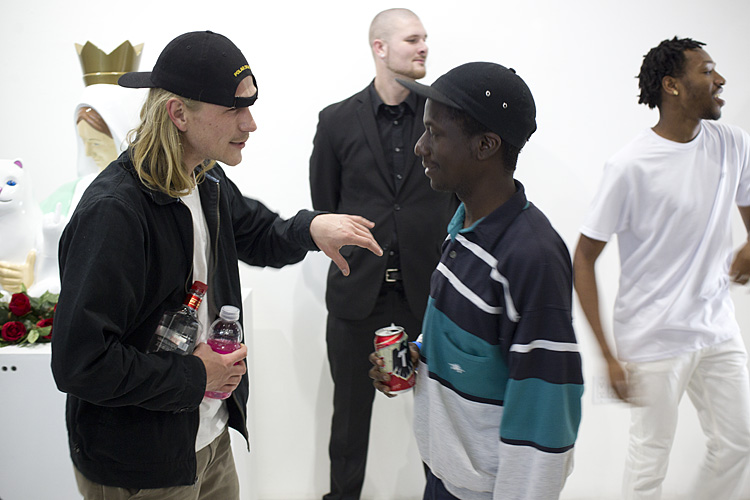 “So Matt Milatano did a no comply into it then did what?!?” video coming to the Thrasher site soon