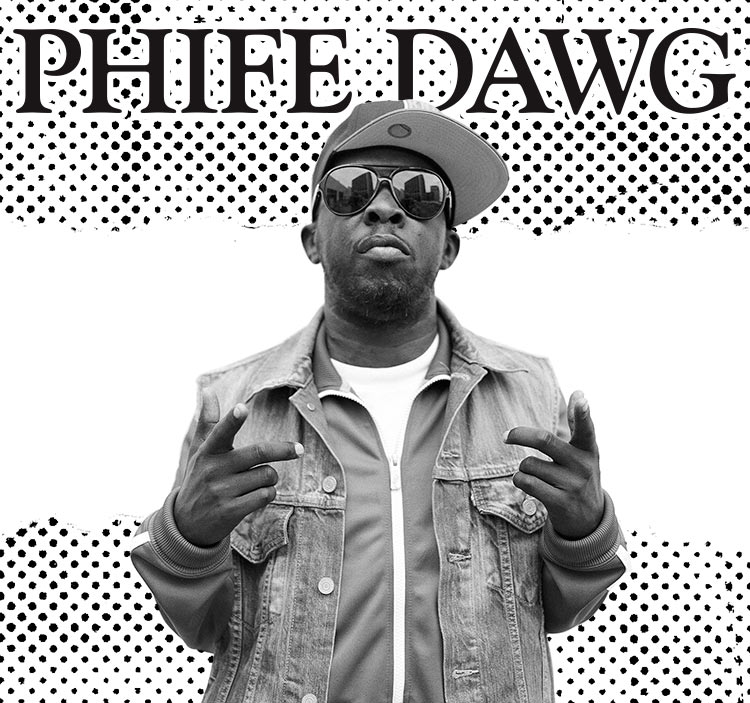 The Hip-Hop community took a massive blow this morning when the news of Phife Dawg’s passing hit social media. As co-founder of A Tribe Called Quest, the Queens native helped build an untouchable catalog of innovative Hip-Hop with a jazz-infused flavor, unparalleled by other groups in the late ‘80s/early ‘90s. Fortunately, I got a chance to interview the “Five Foot Assassin” last year and, at the time, I was unaware of just how invaluable that was.

Interview from the November 2014 issue

To any true hip-hop fan, Phife Dawg doesn’t need an introduction. As a member of A Tribe Called Quest, he established himself as a hip-hop pioneer alongside fellow members Q-Tip, Ali Shaheed Muhammad, and (sometimes) Jarobi White. Growing up in Queens, New York, Phife Dawg (real name Malik Isaac Taylor) was exposed to hip-hop culture early on. Although he was a sports enthusiast and had dreams of playing professional basketball, music was something he felt compelled to do. Fortunately, he met the right people to do it with. Although Tribe broke up after 1998’s The Love Movement, Phife has gone on to have a reputable career of his own. His new single “Dear Dilla” retains that classic hip-hop feel with DJ Rasta Root on the cuts. Phife is currently working on finishing his next solo album which should be out later this year. —Kyle Eustice

I read an interview where you were talking about the shirts that say “J Dilla Changed My Life.” You said that was an understatement and if you made a t-shirt for him, it would have a whole novel on it. Can you tell me a little bit about Dilla?
One, he was just a constant professional. Two, he was just very loyal. And three, he wasn’t one that really cared for the limelight. We had to pretty much pull his arms to come to the Grammys back in ’97 because, you know, he was a big part of the album Beats, Rhymes and Life, which came out in ’96.

How did Dilla react to its success?
We were nominated for a Grammy that year and he really didn’t want to come. He likes laying back, laying low and just making beats all day. He would occasionally spit a verse and so forth, but he’s a real cool dude, and he was always about his business. It’s like he could have the biggest emcees on earth come to him for beats, but he wouldn’t forget about the little guys that weren’t as major, so to speak. Every beat that he sent out was, like, “Damn! This dude is crazy. This dude is really about his craft.” I mean, he was doing it to definitely take care of himself and his family, but he really lived the music—not 24-7 but 25-8. That’s basically what I meant by if I did a t-shirt, I could write a novel.

In the video for “Dear Dilla,” you’re at the doctor. How has your health been?
You know that was Ali Shaheed? I just thought I would let you know that. The last five years have been a roller coaster. I got my kidney transplant in 2008, but then it only lasted for like three-and-a-half years, so I had to go back on dialysis. I’m back on dialysis as we speak. It’s rough, but this time around I’ve dealt with it much better because I know what to expect. When I first found out I had to go back on it, I wanted to crawl into a hole and not speak to anybody, but I couldn’t do that. Not to pat myself on the back, but I think I’m a lot tougher than that, you know what I mean? I dealt with it. wI sat back a whole week, didn’t do much and didn’t speak to too many people aside from my wife, manager and my moms. I got back on my feet like I’m supposed to rather than sit there and wither away.

I saw the documentary Beats, Rhymes and Life and thought it was really well done. I had no idea how deep Michael Rapaport was into hip-hop.
He’s not only from Brooklyn, but he’s from Brownsville, Brooklyn. That’s one of the toughest areas so if that ain’t hip-hop, I don’t know what is. It didn’t take a lot of coaxing. We had a show at the Wilton Theatre in LA and a bunch of celebrities were there. Michael Rapaport and Leonard DiCaprio were amongst them. We were taking pictures with everybody and we thought he was joking. He said, “I want to do a documentary on you guys.” We said, “Okay, do it,” just joking back. Nothing came of it the first two years, but in the summer of 2008, Shaheed was DJing on BET’s Rap City and Nas was the guest host. This was like when the show was about to be off the air. They had guest DJs and emcees every day. When he was there, Nas had said to Ali that we should do a documentary. Later that summer, on the Rock the Bells tour, Rapaport brought it back up. He and Nas had linked up somehow and they were going to do it together. Nas, for whatever reason, had a lot on his plate and couldn’t commit to the project so it fell in Rapaport’s lap. Everybody in the group decided to do it.

During your time with Tribe, you were selling out 20,000 capacity arenas and earned three platinum records and two gold records. When you sit back and reflect on that, how does it feel to have accomplished so much and have the opportunity to continue building such a solid career?
It’s a roller coaster of emotions. It’s kind of gut wrenching and heartbreaking at the same time. The fans are the reason we can still walk around and say, “Wow, I didn’t think it was going to be this big.” We just wanted to be Run–D.M.C. As a matter of fact, we’re from the same area. It wasn’t about cadences and flows; we just wanted to be them. We wanted to come up with our own style. To be able to do shows in London, Oslo and Germany and to see people singing our songs word for word is unbelievable. To this day, it’s unbelievable. We just wanted to be stars in our neighborhood. At the end of the day, we have to look at it as a blessing.

What are you working on now?
We are working on a new solo album, Muddymorphisis. It doesn’t even feel like a solo album because I don’t do too much without Rasta Root. I don’t have an official release date. We’ll drop another single soon.