The annual guitar battle that has kept New York City on its feet with laughter and raw virtuosity for almost 15 years made it's way back to LA for the third time Saturday May 11th, 2019. The event was kicked into high gear by DJ Nuge, aka Don Nguyen, and backed up by a rendition of the national anthem performed by 2018 SFYL champ Lily Maase—and special thanks to Nasty Neckface the round-card bearer. The fire power on stage at Zebulon was undeniable. Hosts Wilder Zoby and Emily Panic kept us in stitches as they wrangled 14 of LA's local axe men and women into a hilarious melee of metal. Guitarists from different bands and walks of life were given one minute to shine and impress the judge’s panel—Blake Anderson (Workaholics), Dave Hill (stand-up comedian), Jaime Meline aka EL-P (Run The Jewels) and Daewon Song. A rhythm section of epic proportions (Matt Sweeney of Chavez, Iggy Pop on bass and John Stanier of Battles and Helmet on the drums) were on deck to back up the contestants as they battled their way to glory. This year the crowd chose local shredder Hugh Myrone as the golden ticket winner, but in the end it came down to Sam Seeger and Justin “Figgy” Figueroa in the finals—Sam, creative and entertaining, while Figgy brought the raw power and ferocious presence in every performance. Figgy took top honors for the night, the judges bestowing upon him a crown made by Meryl Smith, a trophy pick crafted by Thomas Campbell and a brand new Fender Stratocaster. Huge congrats to Figgy on his victory and becoming the first professional skateboarder to be crowned champ at Shred For Your Life! And thanks to adidas skateboarding and the ferocious crowd! See you next year, LA! –Marc Razo 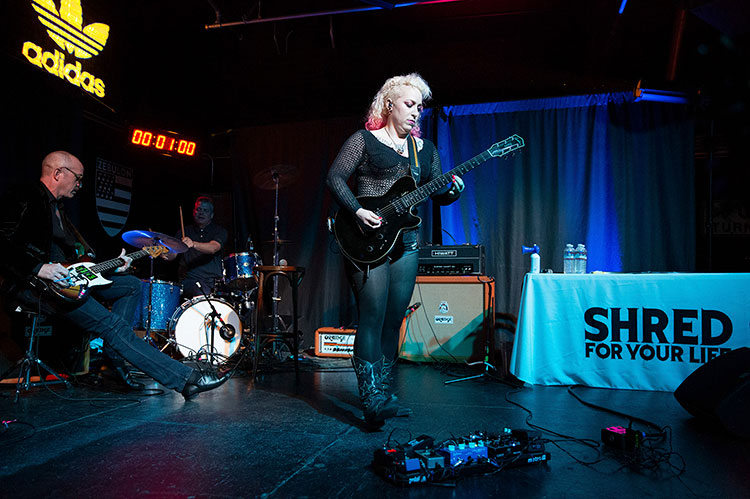 SYFL was opened with a rendition of the national anthem by Lily Maase, Matt Sweeney and John Stanier 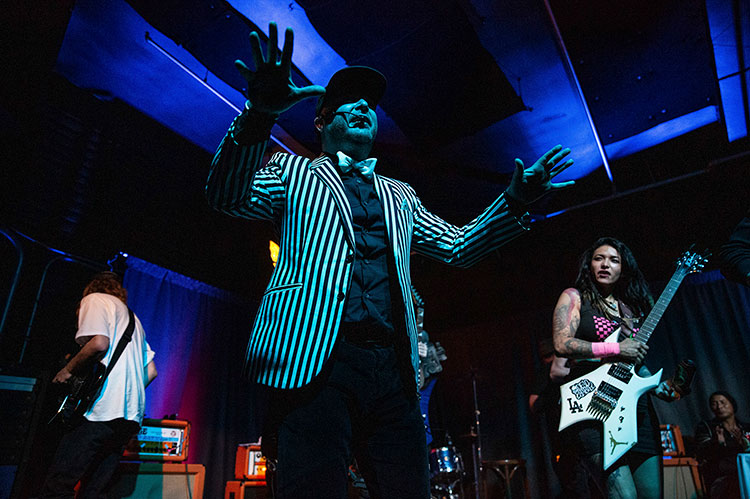 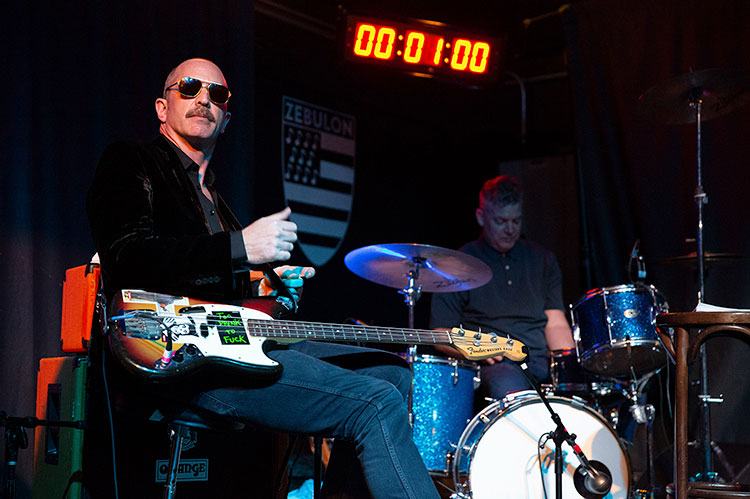 Imagine if these two giants were your rhythm section? Hats off to Matt Sweeney on bass and John Stanier on drums 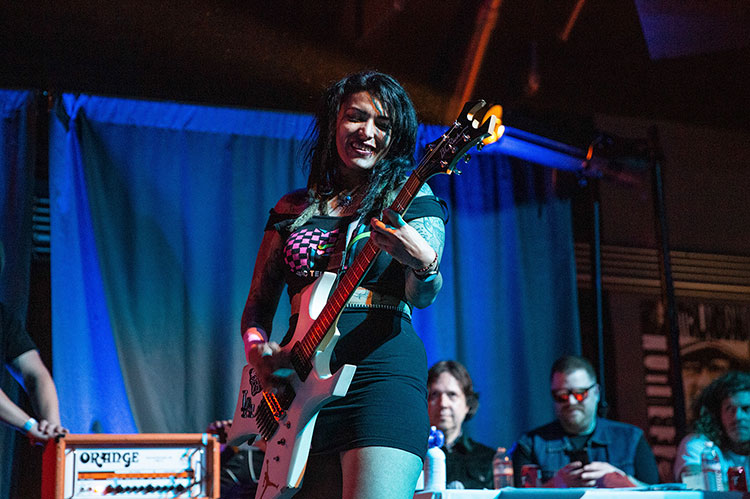 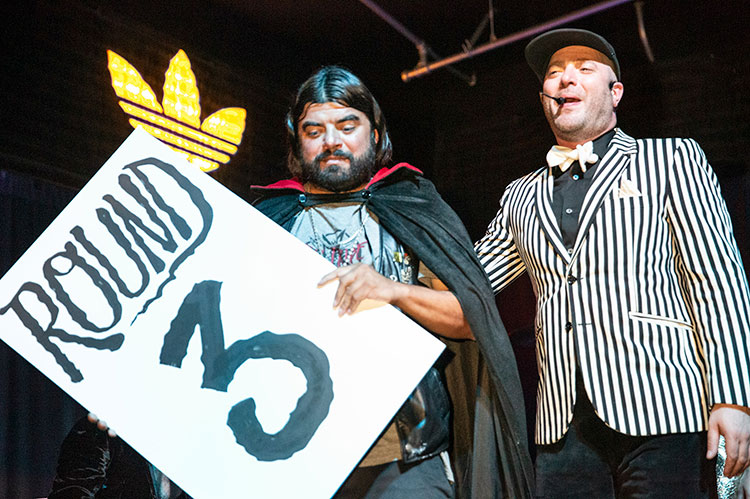 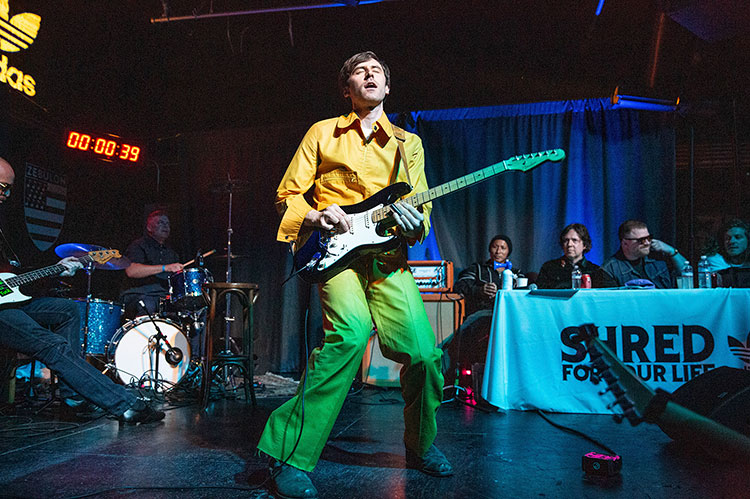 Sam Seeger a two-time SFYL veteran made it all the way to the finals! Congrats, Sam! 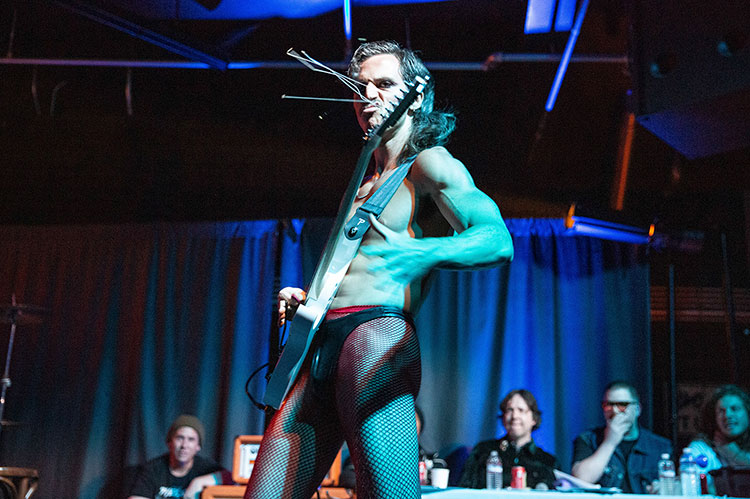 Bonavega is his name. You might want to write it down 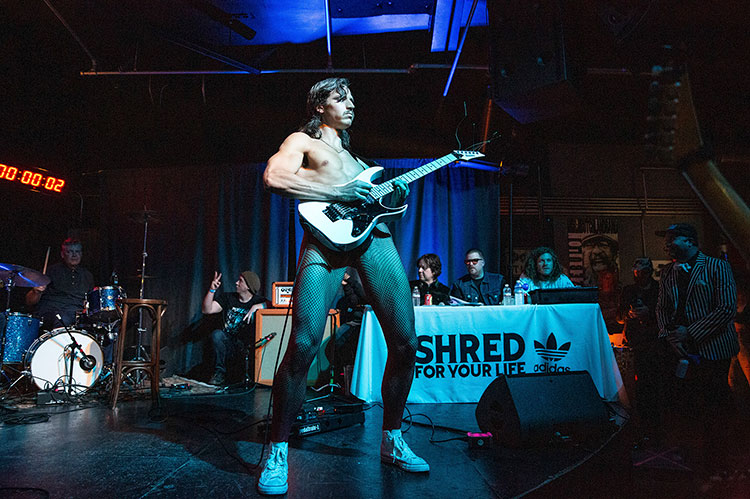 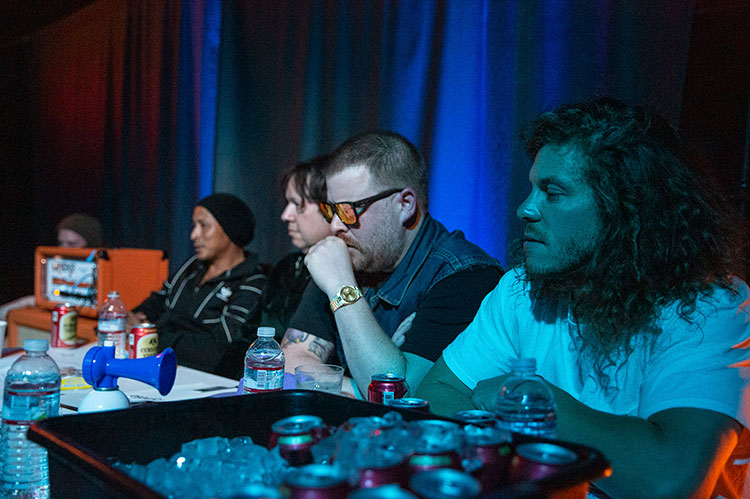 Judges this year were our all-time favorite people. Huge thanks to Blake Anderson, El-P, Dave Hill and Daewon Song 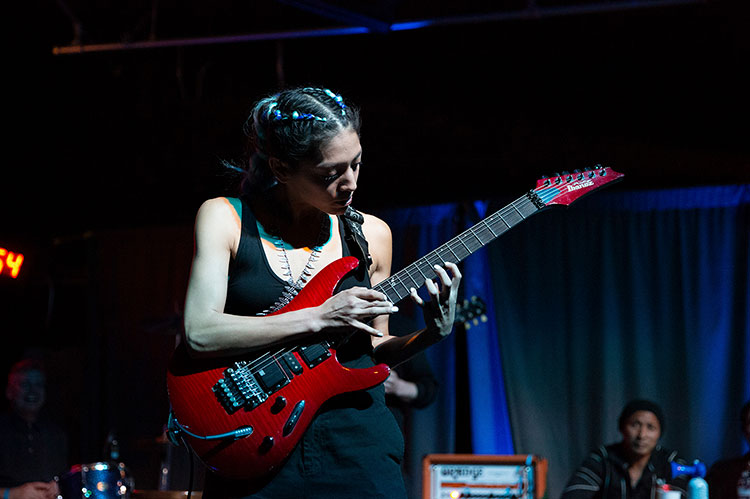 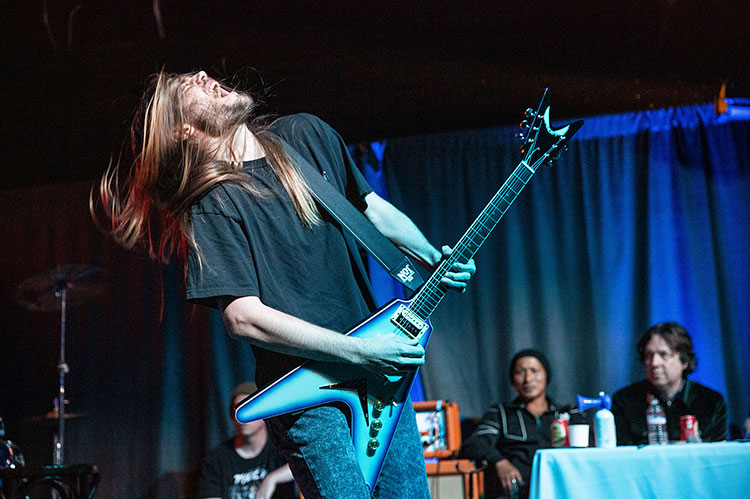 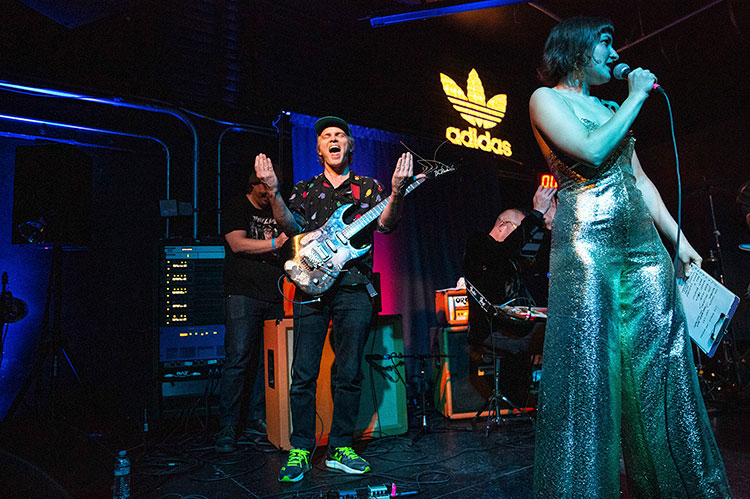 Stephen Heath and our co-host Emily Panic stoking the fires 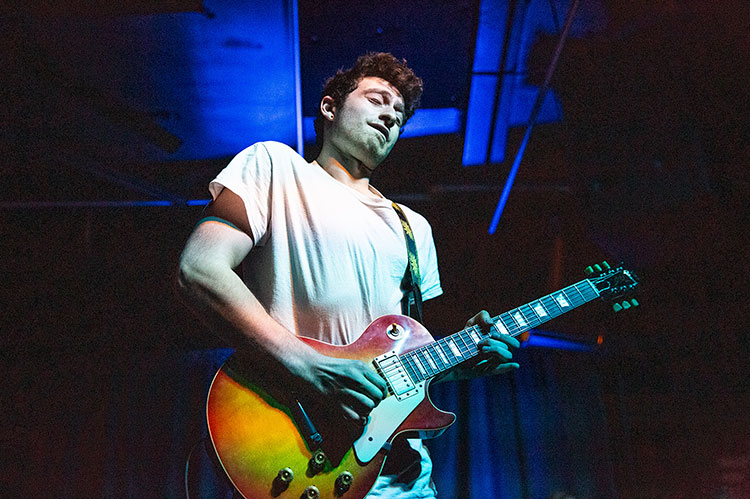 Dylan Brenner melted faces all the way to the semis 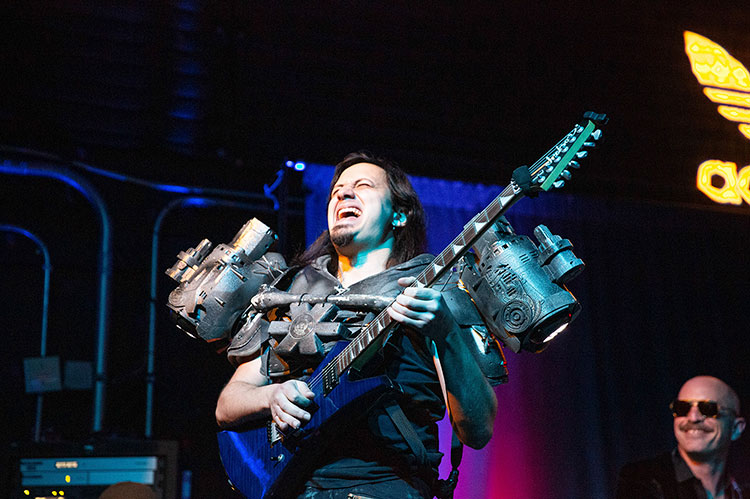 Ben Cohen, first timer of shred, made an awesome impression on our crowd and our bassist Matt Sweeney 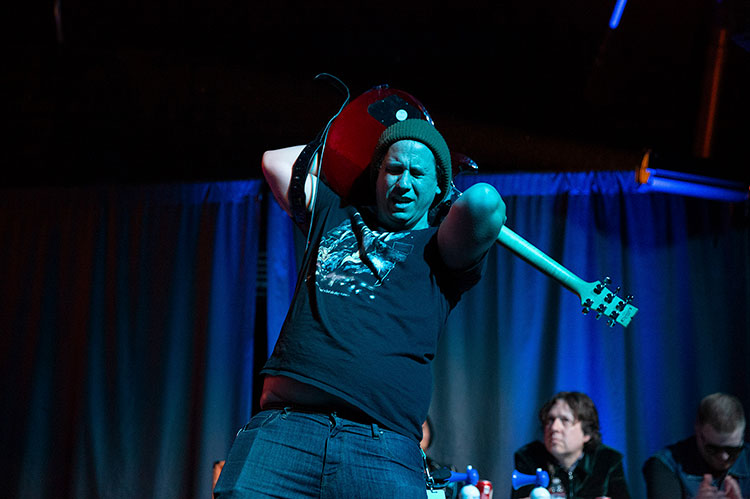 Randy Randall not only competed and shredded his balls off, he was our roadie as well. Thanks, Randy. You’re hired! 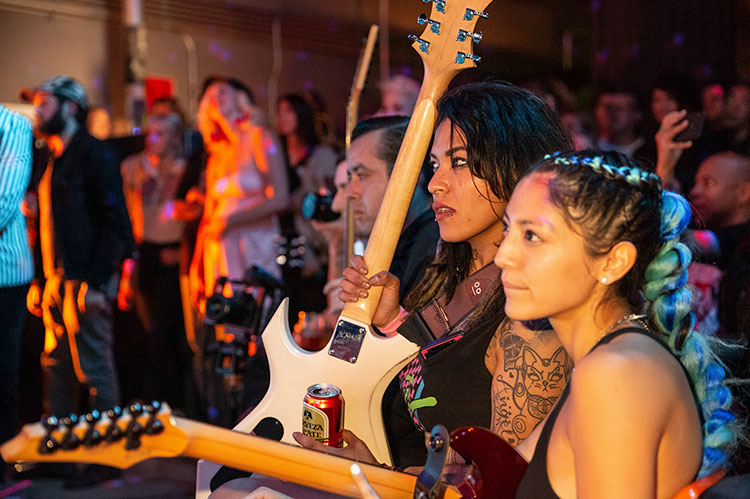 Annie and Bender waiting to shred 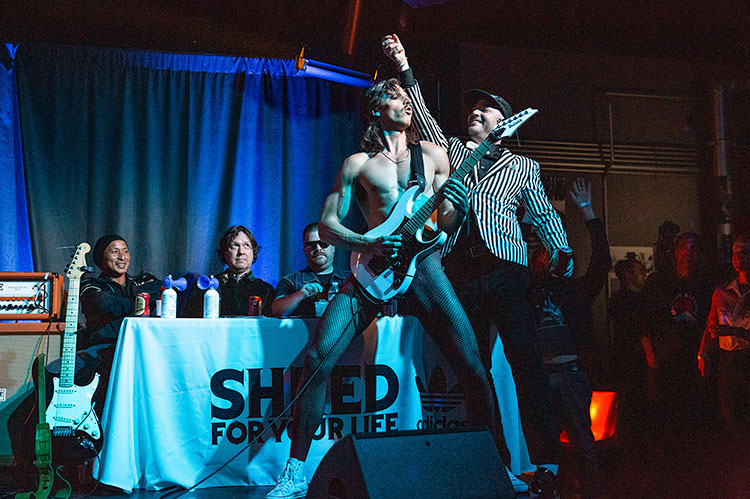 Bonavega needed to be cooled down mid shred. Host Zoby though he might literally implode 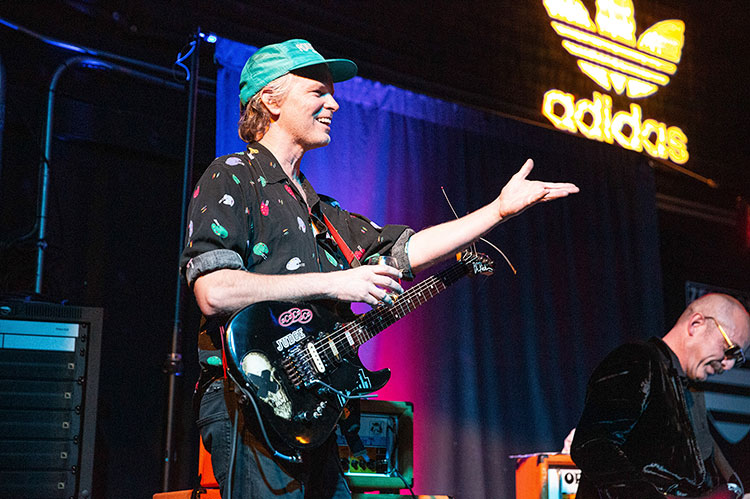 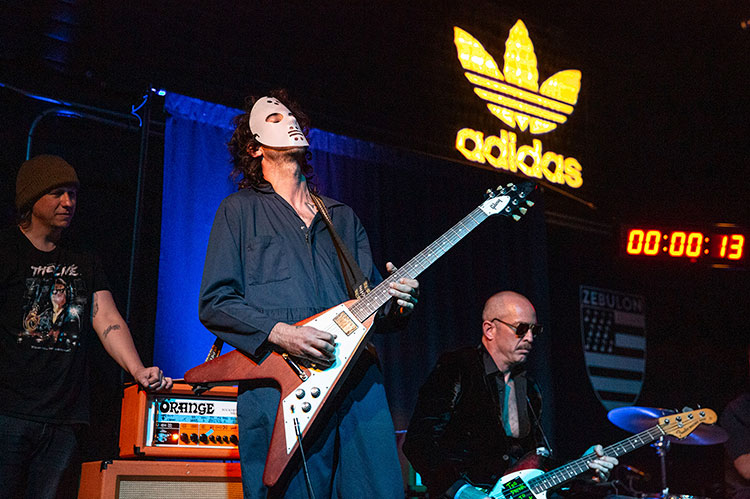 When someone wears a Jason Vorhees mask to a guitar battle, you can be sure someone’s getting slapped. Figgy came out swinging 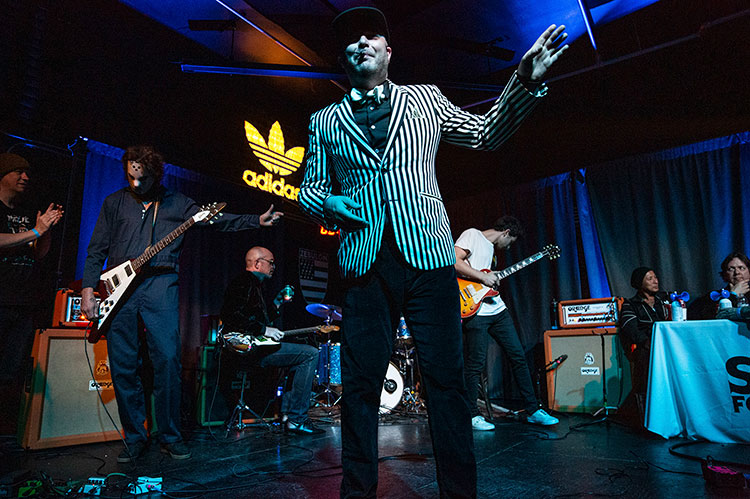 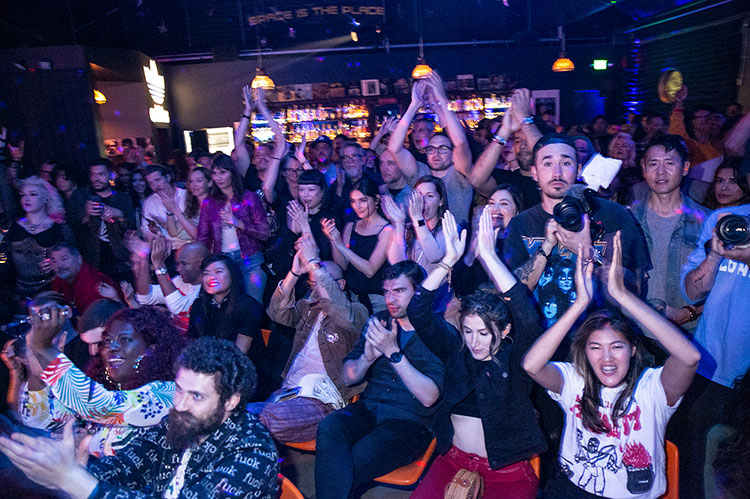 The crowd is a giant piece of the equation at SFYL. Thanks to all who screamed, shouted, hooted and hollered. Also Gangsta Boo and Gaslamp Killer in the front row, NBD 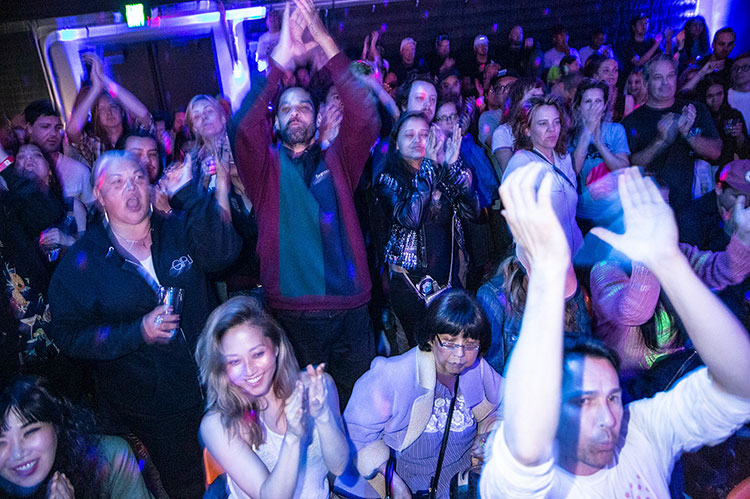 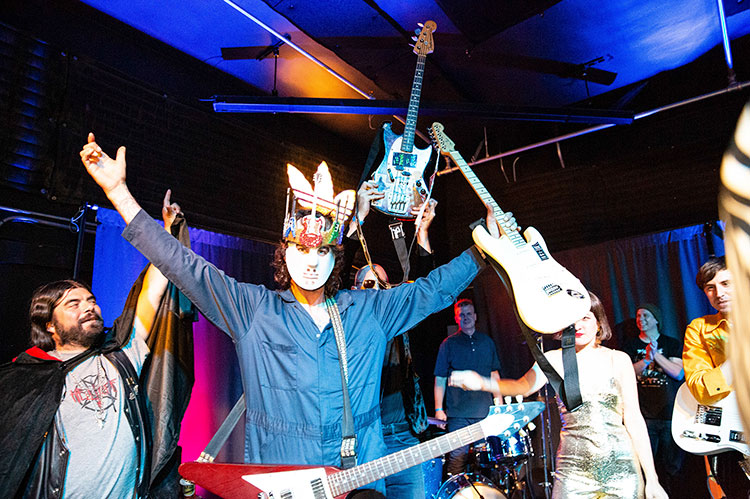 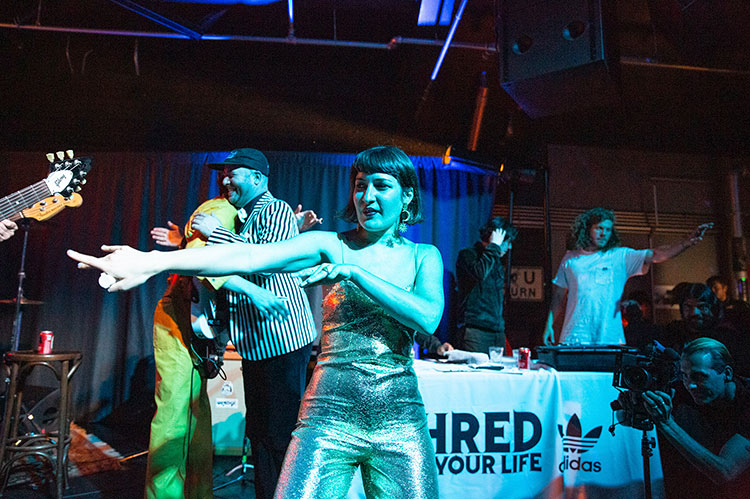 Funny woman Emily Panic, the best co-host in the biz. So lucky to have her 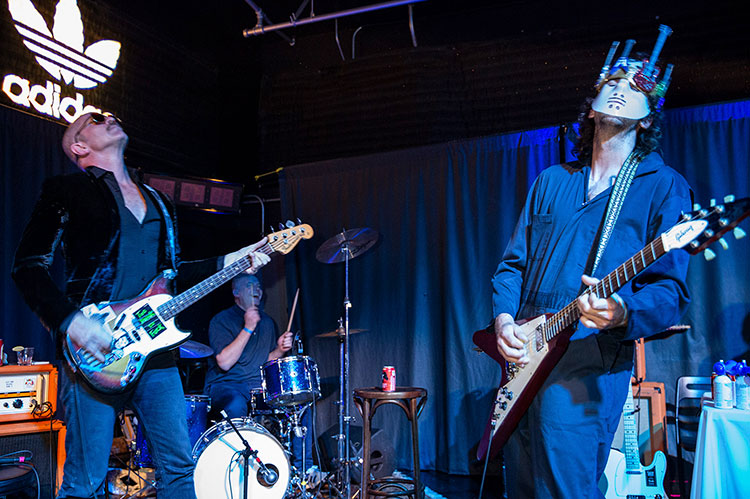 Sweendog and Stanier light it up with Fig on an epic victory lap! 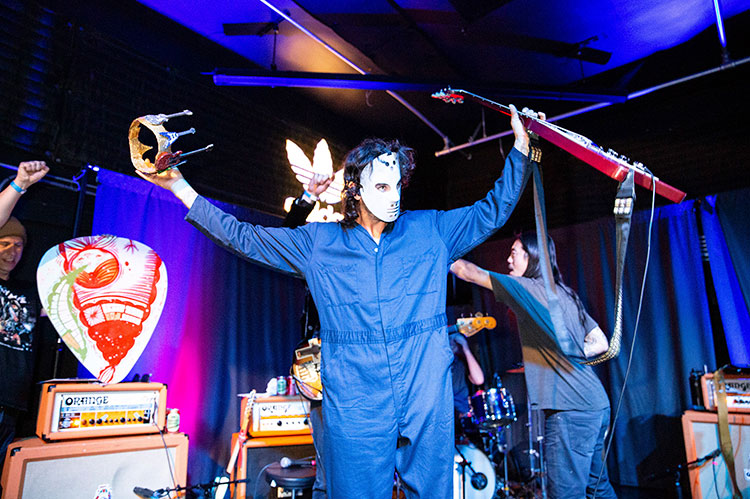 Hats off to Figgy for being the first professional skateboarder to win the title. You got the crown from Meryl Smith, a fine-arts pick from Thomas Campbell, a brand-new Fender Stratocaster and all the stoke that comes with being crowned champ of Shred for Your Life. Congrats!