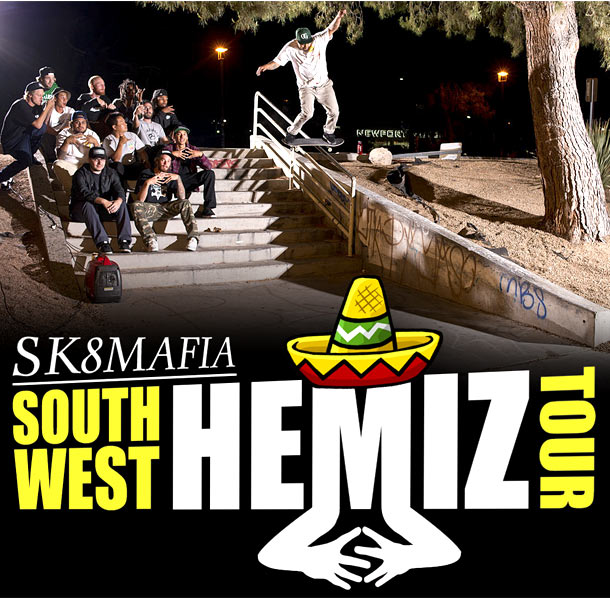 Some skate teams like to travel in small numbers unannounced, the Sk8mafia are quite the opposite. Every other city they go these Hemiz gather momentum, adding new recruits and blazing spots in their wake. By the time I met up with them in Denver the original crew of 10 had more than doubled in size. Brandon Turner’s rap group the YCE boys had rented a van and were along for the ride. Seeing as they didn’t even have any shows scheduled I think they just wanted to come on the tour. Yeah the entire tour!  Sam Hubble was supposed to just meet up with the crew as the ambassador for the preliminary stop in Salt Lake City before we made it to Denver, where the tour was supposed to start. They decided to just bring him along for the entire trip. It was a good thing too because Sam was on a tear, getting tricks at nearly every spot. All told at least three or four Denver homies hopped in as well to complete the armada. Who were all these random extras? The Hemiz! That’s who. –Joe Hammeke 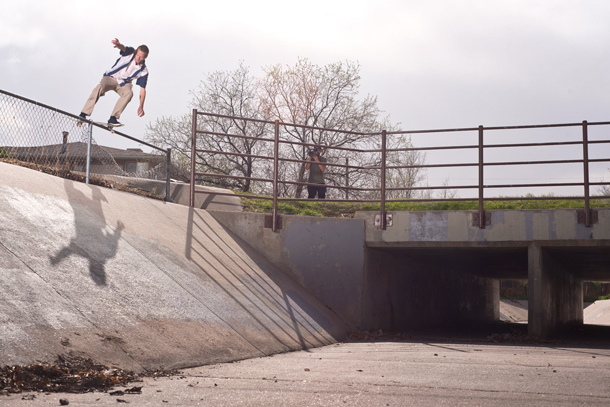 Sam Hubble had some unfinished business at the Aurora ditch in Denver, CO. This time he nailed it with a Smith pop over into the bank.


Alexis Ramirez was the “new guy” on the trip. He was the hungry one and skated nearly every spot we went to. The near freezing temperatures of the Denver night didn’t stop him from making this back tail kickflip out. Once back in the van TM Coung told him, “Hey you know nobody likes you in here” and didn’t say he was kidding till we got back to the hotel 20 minutes later. Gotta break em in somehow? 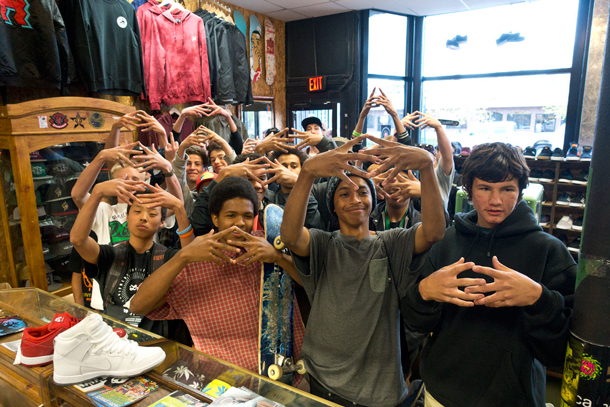 The kids at 303 boards in Denver know whats up with the SM. 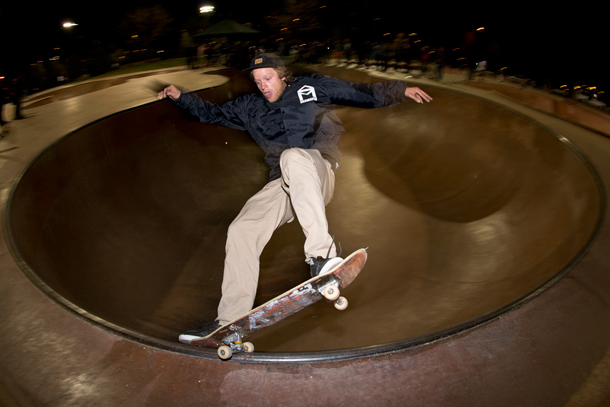 Wes can and will skate anything even if it is icy slick, deep tranny or both. 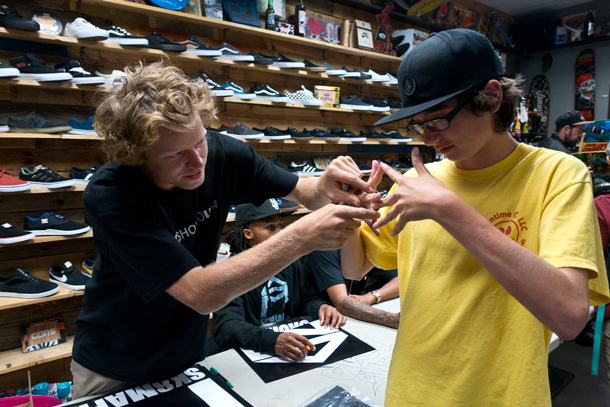 Signings are a chance for the kids to get some one-on-one interactions with the pros. What should be the highlight of the summer can quickly turn into an immediate bummer when those pros straight up ignore you. I’ve seen guys check instagram for 20-30 minutes during a signing, never making eye contact with the kids once. It’s probably better to be a no show in those types of situations so the kids can still have a glimmer of hope that maybe you were just sick at the hotel instead of being a total dickhead. An encounter with Wes however is a kids dream come true. After the customary fist bump introduction, often initiated by Wes, there comes a string of sincere dialogue. “What’s your name?” “I’m Chris”  “Oh hi Chris, I’m Wes. How long have you been skating?” or “How old are you?” or “Did you skate anything today?” You see it’s not a script and it varies with each and every kid who approaches Wes. Everyone gets a short, yet thorough, legit conversation with him. It’s really an art form that requires a high level of sincerity. I think without the sincerity Wes would become tired very quick, but he genuinely enjoys interacting with the fans. 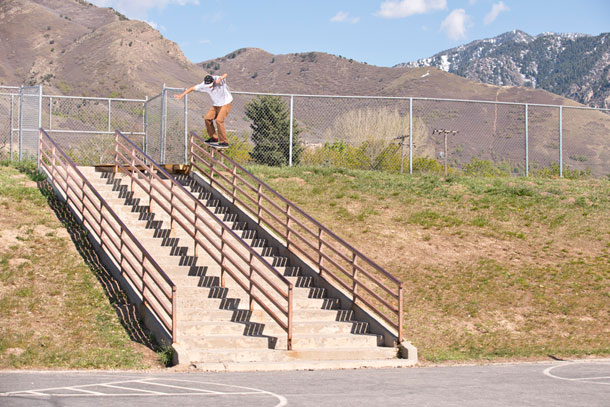 
Cruising down a bike path in the afternoon with Hubble in SLC leads to something like this.


We drove an hour south and waited 'till after midnight for the grocery store at this spot to close. It was cold, real cold but the guys kept it hot with several hours and Alexis stacking more clips. 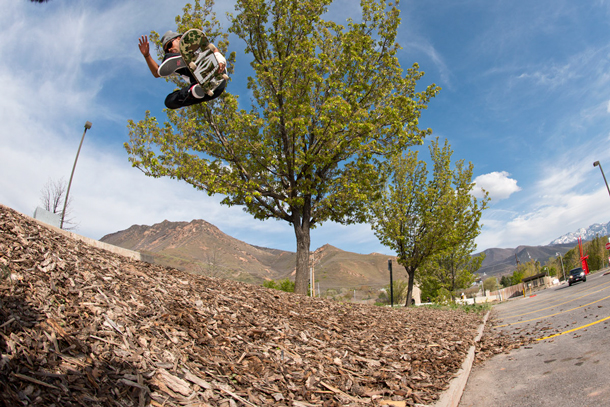 Brandon Turner saw this gap at the top of the campus in SLC and hucked a bs flip melon down it.  Welcome back Lil' B! 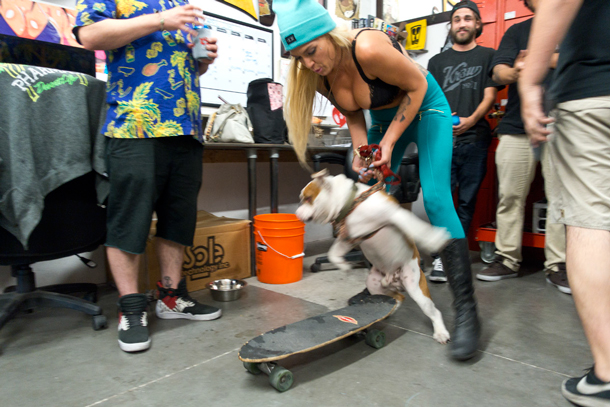 Third stop Las Vegas and there’s no shortage of interesting characters there. This girl tried to claim Papichulo was her “service” dog when the restaurant next door asked her to bring it outside. 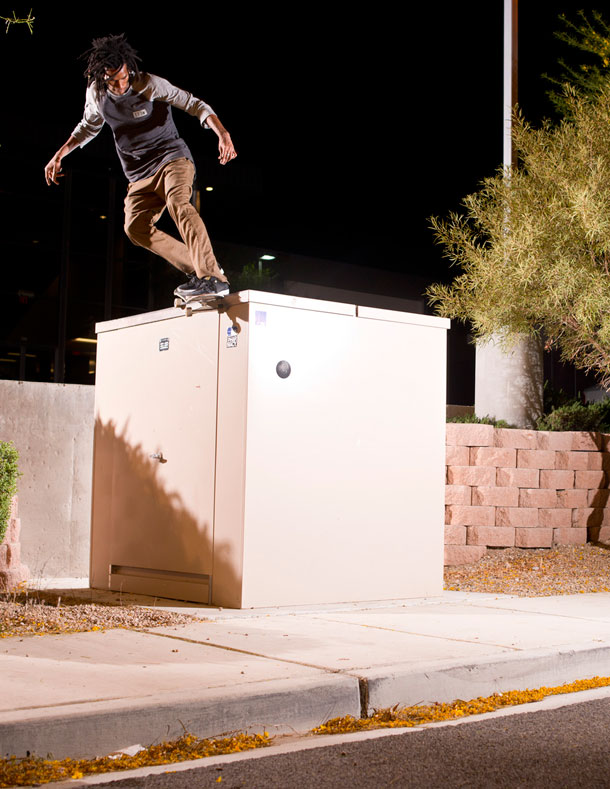 Hemiz putting down hammers! Genesis Atkins stepped it up and gapped to backsmith to gap out. Then he washed all our windows at the gas station.


Stephen Lawyer had to bail early for an AYC trip to Hawaii but not before sliding a front blunt to kickflip into the bank. 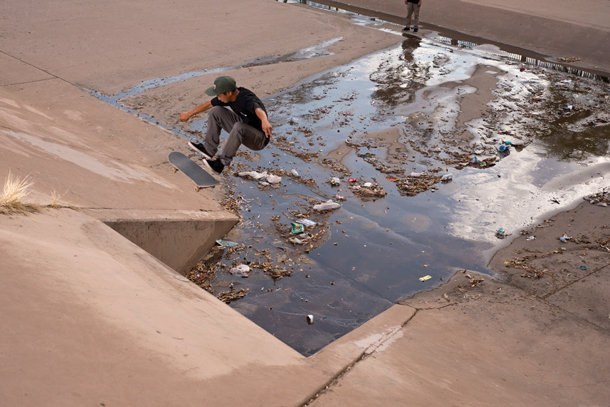 The Cactus ditch gap has seen a lot of tricks but going switch is a rare approach. Cao took the plunge then switch flipped the gap.


We went from 30 degree nights in Denver and Salt Lake to 100 degree days in Vegas. Wes twist it up with a 180 fakie 5-0 on the dumpster bump in Phoenix, AZ. 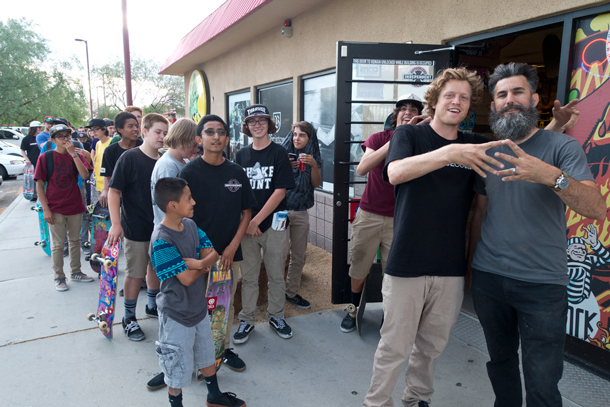 You know Ed from Cowtown is down! 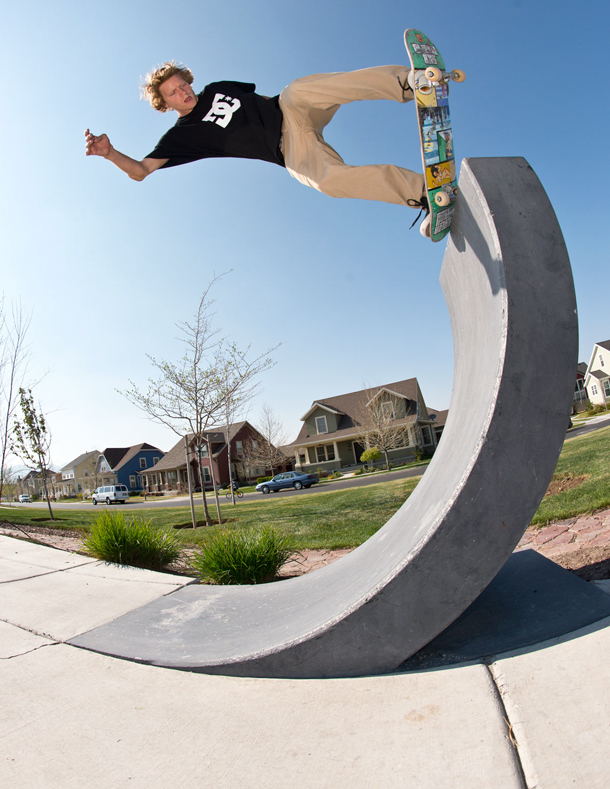 Let’s end the photo story with this switch pivot back in Salt Lake City. Thanks to all the shops, citys and most of all the Hemiz who showed us some love throughout the Southwest, USA. Check back in a few days for the full video of the tour right here at Thrashermagazine.com