Stefan Janoski: My Life as a Shoe 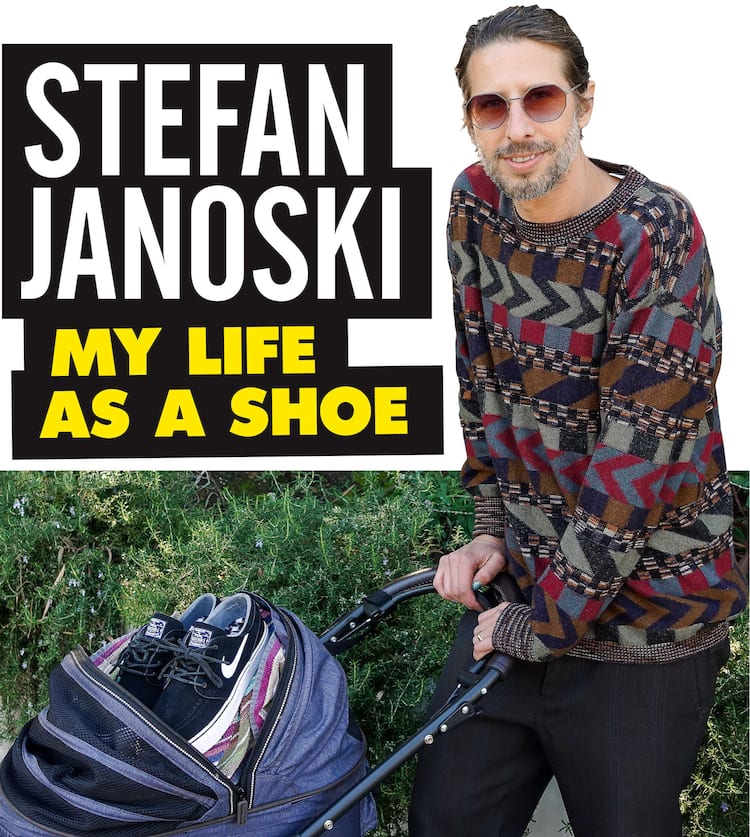 Though my shoe is an extension of me, and carries attributes of myself, my shoe is not me. I am not my shoe. I’m a person, damn it! –Stefan JanoskiInterview by Michael Burnett  /  As seen in the April 2021 issue

How’d you end up getting a shoe?
I had been riding for Nike for a couple years, and when I got on the team they told me they weren’t doing any pro shoes, only Paul’s. I was okay with that at the time. But I guess I was killing it really hard skating and Nike decided to start doing signature shoes and give me the next one. I thought, That’s great. Okay, cool. Finally!

How’d you pick this design? Is it inspired by a golf shoe?
It’s not inspired by a golf shoe, but there is a golf version that recently came out. So I’m kind of a pro golfer now. I should get some clubs. My shoe is more inspired by boat shoes and chill dress shoes. I just wanted to make a timeless style that could be worn on all occasions. At the time, when giving athlete’s signature shoes, Nike was used to saying “Here’s your shoe,” and having a model already designed for the athlete, but I had a specific idea for a shoe, so I said, “No thank you,” to their designs. The creation of the shoe was basically me saying, “This is what I want,” then the guys at Nike saying, “No, that’s too simple. We need padding and technology. Let’s do this…” And we went back and forth, but I refused to compromise on my vision. So I think someone said “Fine, just give it to him.“ And as it turns out, I was right!

How did you feel about it when it came out? When did it seem like it was taking on a life of its own?
When the shoe came out I loved it! I thought it was perfect. It came out exactly like I wanted it. I think it was received well, but it wasn’t an overnight sensation. The beginning was slow and steady, but I think skaters liked it. A couple years in, I started getting calls and texts from family and friends saying, “I saw someone wearing your shoe!” And we would go, Wow, crazy! And then every time we would be out skating, or go on a trip, we would see people wearing them—at the skate spots, at the airport. Soon every day I would see someone with them everywhere, in every country, no matter where I went. It was pretty wild. It’s so natural now, only my Mom still tells me when she sees someone wearing them. 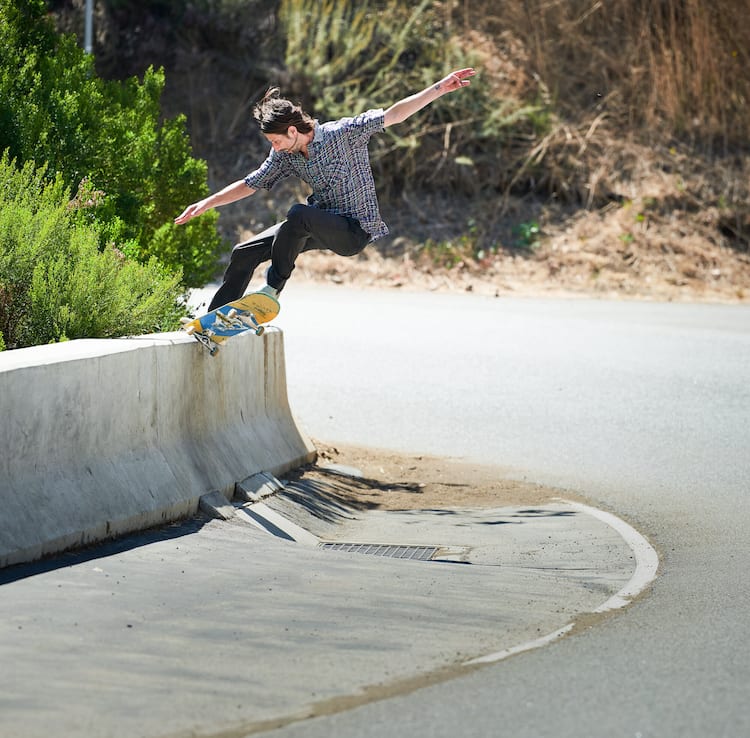 Switch front crooks in what looks like the huaraches.  /  Photo: Colen 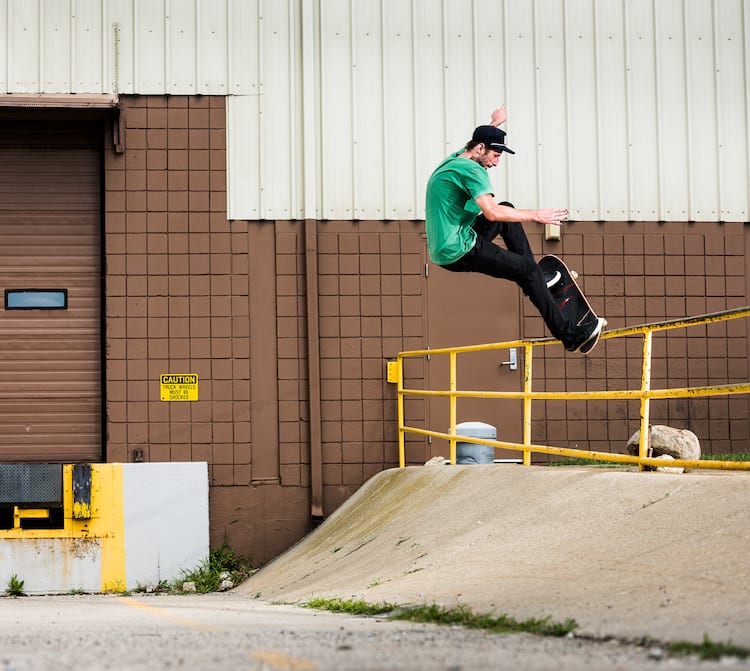 It seems like most pro shoes have a limited run. When did it become clear that this was going to stick around?
I think what happened is my shoe is really great to skate in, so it became popular with skaters. And the shoe looks really good on feet, so it crossed over. Kids in high school started wearing them, backpackers in Barcelona, parents, babies. Also they are a very gender-neutral shoe; they don’t lean any one direction. [Advertising voice] “They are flexible, good for the skatepark or the dance club; weddings or funerals, birthdays or baby showers, kickflips or just kicking it.”

Where are some of the craziest places you’ve seen your shoe and who are some of the wildest people you’ve seen wearing it?
As we are talking right now, I’m watching The Great Pottery Throw Down. It’s a pottery challenge show, and a contestant in the season three finals is wearing my shoe! It’s fun to spot them. I think it’s great. Some of the people that I’m a fan of that I’ve seen wearing my shoe are: Roky Erickson, Paul Rodriquez, Guy Mariano, Elissa Steamer, Eric Koston and Fin Koston, Brian Anderson, Miley Cyrus. There’s probably more I can’t think of right now. Oh, and if Chappelle wants any, someone tell him to give me a shout!

What have been your favorite versions? What have been some of the weirdest and wildest versions they’ve ever done? Did they ever try to cut it from the line?
No, they never wanted to do away with the shoe—maybe get rid of me, and not make it in the first place! No, now it’s great; we’re BFFs; we even exchanged promise rings. My favorite shoe right now, it’s the slip-on woven one. It’s inspired by the huaraches, a really cool Mexican-style leather woven shoe. The weirdest, wildest… they made a Chelsea-boot style, pretty crazy suede mid-top. The Air Max is pretty wild, and comfortable. One of the best shoe experiences was designing a shoe for the Violent Femmes. I really like how the shoe came out and I got to be a guest singer on a song on their new album and perform the song with them live at four of their concerts. That was really fun! 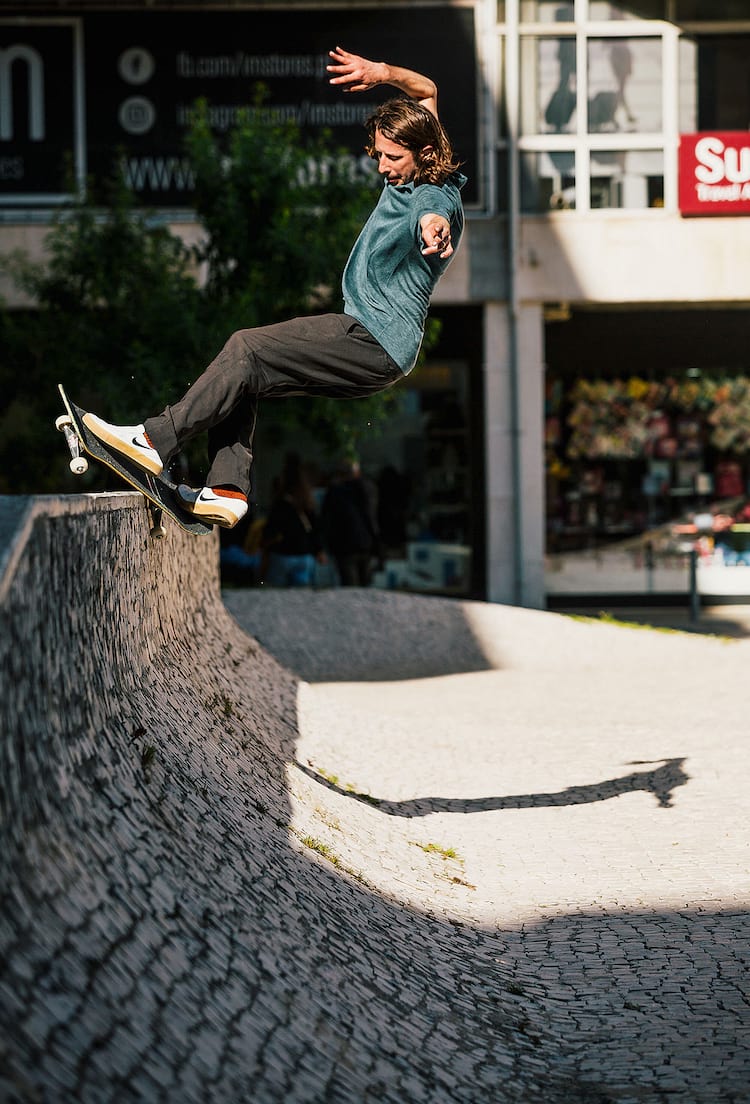 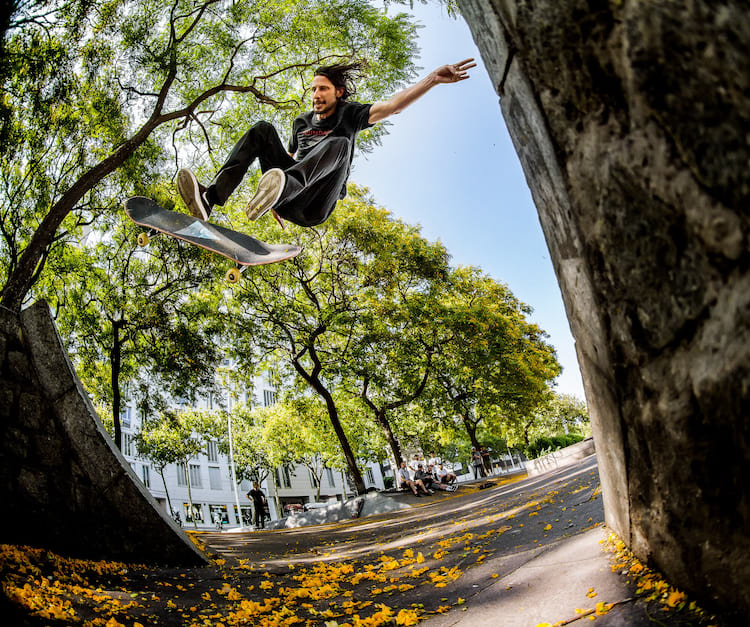 As the shoe became ubiquitous, I’m sure there are people who do not realize that it was named after an actual person. What are some strange or funny occasions where people told you that you have the same name as a shoe?
I definitely liked and still like the fact that mostly only skateboarders recognize me. I could stand right next to someone and we are both wearing my shoe. They say, “Nice Jan-OW-skis.” For some reason everyone puts a “OW” when pronouncing my last name. I don’t know why? Maybe people just don’t like a “Ski” without an “OW” in there. And I say, “Thanks, yours too,” and we just continue with our day. It once happened to my wife. She was shopping somewhere and the clerk who rung her up saw her name and said, “Oh, like the shoe?” And she didn’t say anything, just kinda mumbled, paid and got the hell out of there.

How has the Janoski shoe changed your life?
It makes it easy to choose what shoes to wear every day. I look at other people’s shoes more than before. It’s helped keep my life the same, the pro skateboard fantasy… keep your own hours, be your own boss. Oh, and all these jewels!

What are the plans with your shoe moving forward? Is it going to be like a Chuck Taylor?
The plans are exciting. The plan is to start moving towards making my shoe more eco-friendly, using recycled materials and make the whole process more sustainable. If by like Chuck Taylor you mean a timeless classic that continues to be worn by generations and can be adapted into all sorts of different styles, and is really good for skating? Then yes! I hope to be just like Chuck. 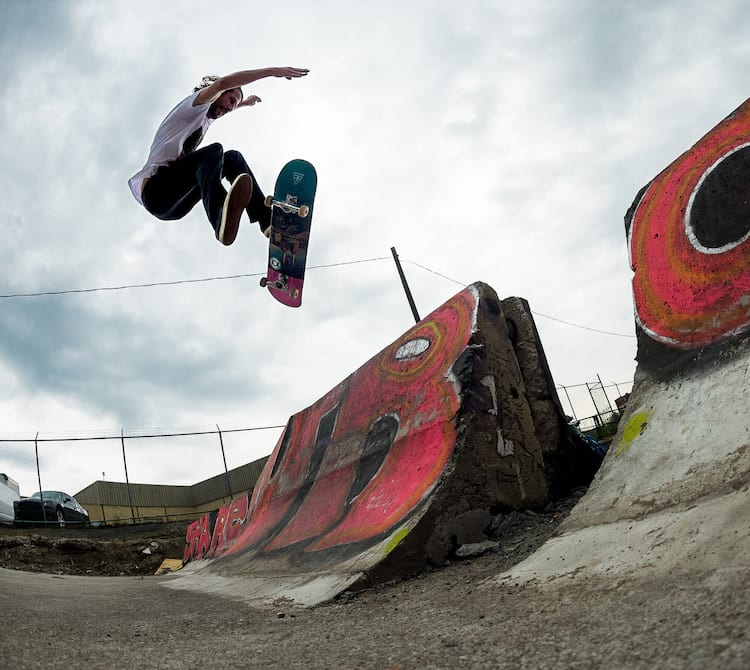 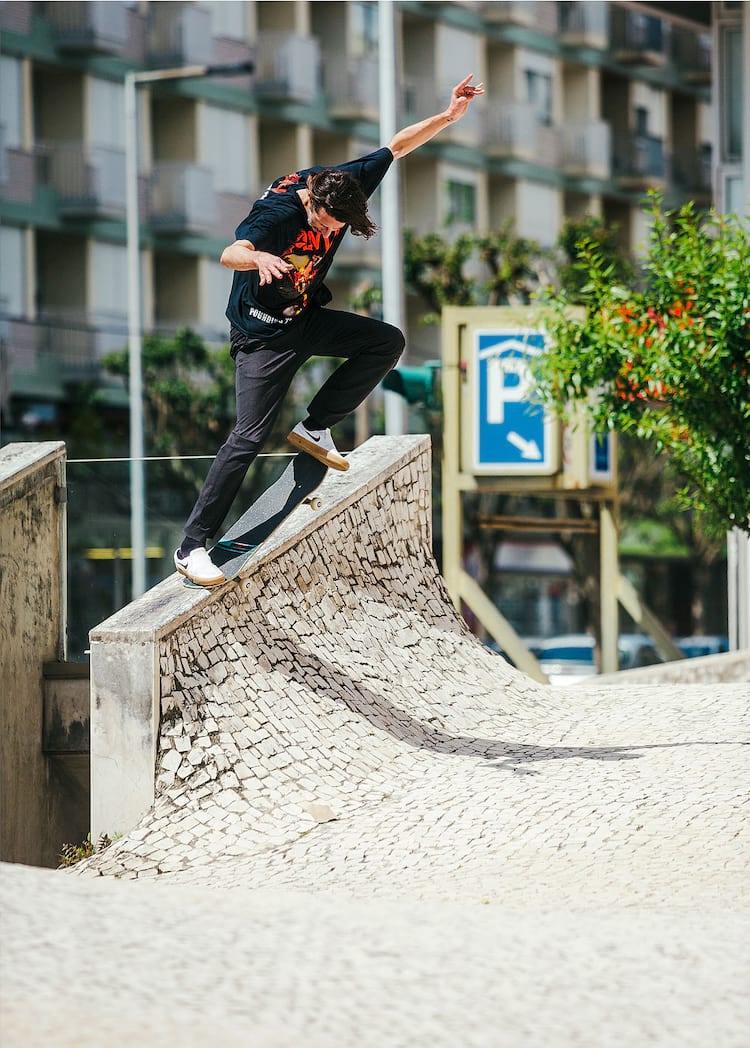 
What do you know about Chuck Taylor, by the way? Or Stan Smith?
I don’t know much about Stan Smith other than he is a golfer? Or tennis? Maybe tennis. Chuck Taylor played basketball and designed the All Star?

What is the style that you consider the classic version that you love the most?
I think the first black-and-white suede original shoe is still the most classic. I love slip-ons and Velcro. My go-to right now is the slip-on woven, or any all-white shoe. And I like my golf shoe as a chiller. It’s really comfortable and has a cool, serrated sole.

What else should we know about your shoe?
I once used my shoe as another form of ID at a Hertz rental-car counter.