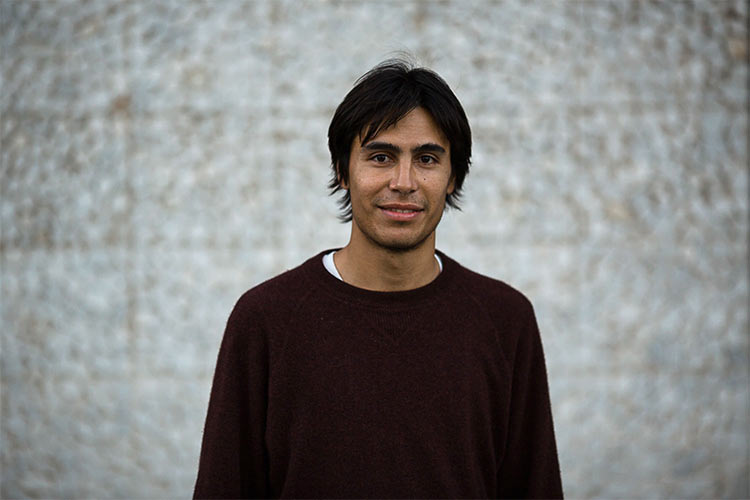 Interview and Photos by Justin Ching

From going on trips together with our ladies to helping him pick up a Hasselblad kit, it has been pretty awesome watching Joey progress in life and skateboarding. I mean, he’s even cooking his own meals now—not just Top Ramen or mac and cheese. This past year has flown by but has been a blast. Joey is always mentioning ideas he has for spots and it's always a fun time, no stress, just go out and see what we get.

First off, has anyone ever asked you if you're related to Che Guevara? In this age of information, people still get the pronunciation wrong.
Ha! Yeah, I’m not related to Che. Kinda sucks to have a last name that people only know of as a revolutionary. For the record, it's pronounced Guh-var-uh.

How long have you had your name on a board now?
It'll be a year in February. 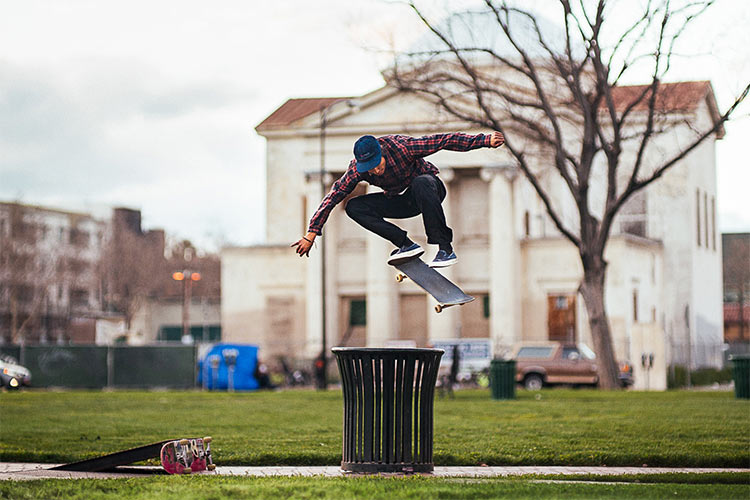 Looks like winter but Joey's backside flip is all spring    Photo: Miguel

Has much changed this past year?
Not much change. I'm mostly excited about being able to work with Mike Hill on graphic ideas I have. So far every board I've had has meaning to me. I've also got inspired from my recent travels and all the museums I've visited. I've seen a lot of amazing art and I admire all cultures.

Thats pretty awesome. Seems like Mike is hyped on your ideas and keeps on making great things from them.
Yeah, I couldn't be more hyped. 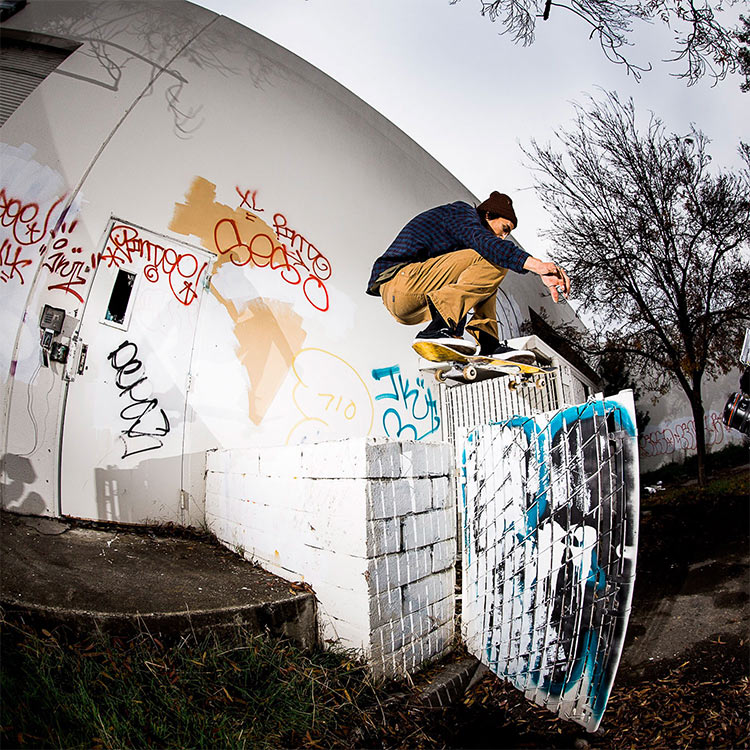 I remember people were surprised when they heard your girlfriend Vero sketched your second graphic. How did that happen?
We both went on a trip to Mexico City and got to visit Teotihuacan, which has the pyramid of the sun and the pyramid of the moon. It was such a surreal experience and the timing couldn't have been any better. I told her to draw me a simple mockup and from there sent it over to Hill and he touched it up a bit. There was another graphic he had in the works that I really liked as well but we ended up going with Vero's design. 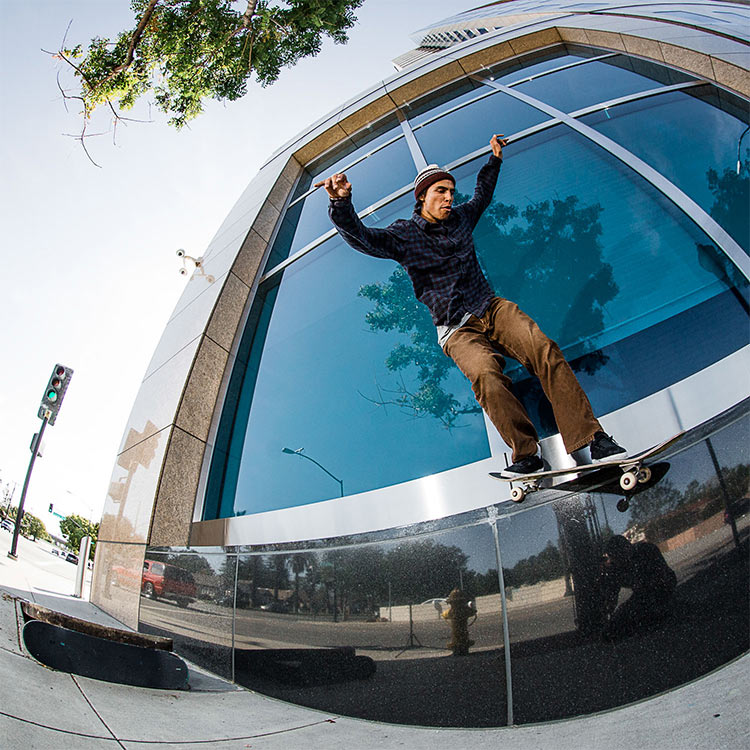 Back Smith made possible by Steel Stik

So that must mean you guys are serious.
Yeah, she means a lot to me. I'm truly blessed to have someone as easygoing as her and she's grown into putting up with my constant habit of skating and traveling.

Hell yeah. I'm happy for you! So are you two working on any future graphics?
The next boards are just me and Hill. I've been really into African art so I sent him some ideas I think would go well with Workshop. Of course there has to be animals in there! And then I've been trying to do a photo series' board since I shoot a lot of film photos. 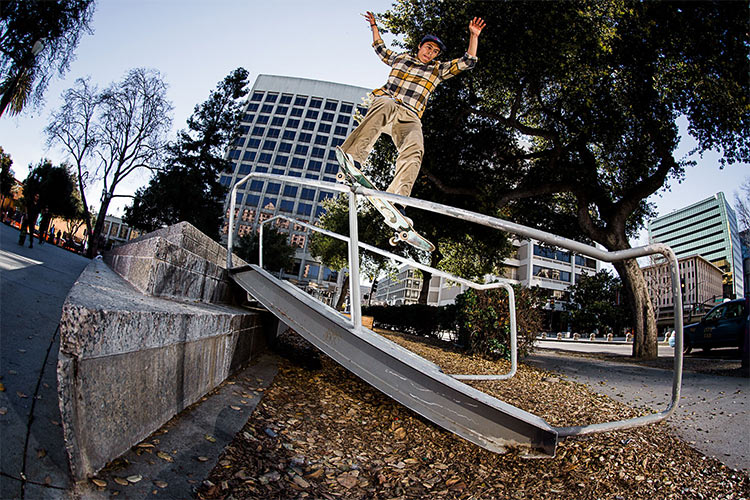 That kink is angled up… Smith grind through it

Congrats on that Spain part you just put out! How did that come to be?
Thanks. I just went out with the homies and skated a bunch. Barcelona is a skateboarding playground. No matter where you take the train, you’re going to find something amazing. 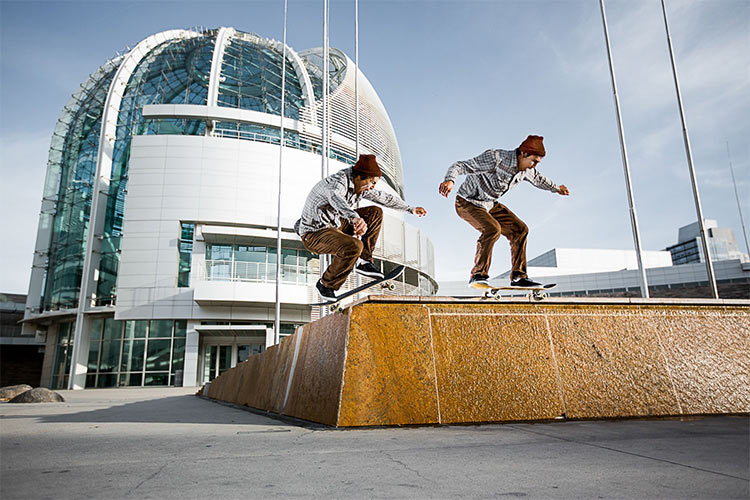 I was psyched on the music you chose. We played that shit almost every day in Spain. Did it become a sort of nostalgic for you? I know it did for me.
Yeah, we did. That whole Khruangbin album is just an easy listen. The song Miguel Valle used was definitely the most upbeat one that seemed good for skating. I just recently found out Tom Knox skated to it in an old edit. Oh well.

How'd you go about the rights? Did you talk to the band?
Thrasher just hit them up and I guess they were down. We all went to see their show a week before the part came out. It was rad. 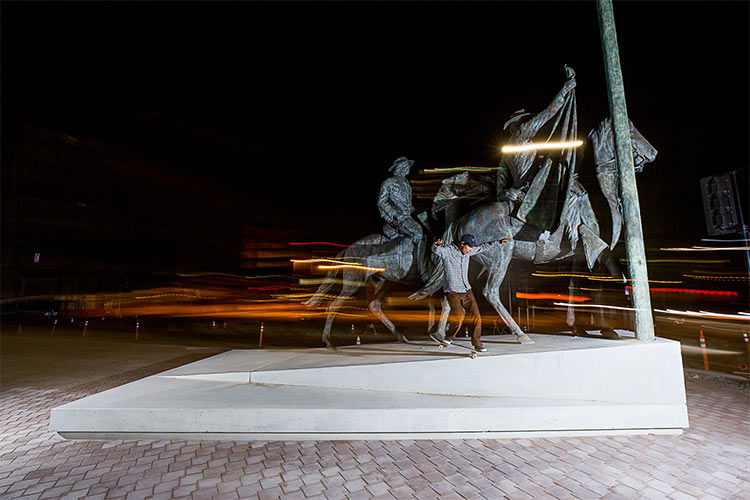 Thank you, San Jose, for making this skateable again. Nosegrind pop out, just before the pole

Yeah, that was a fun show! Any new music you're hyped on at the moment?
Yeah, Nina Simone, Kevin Morby and Goat. 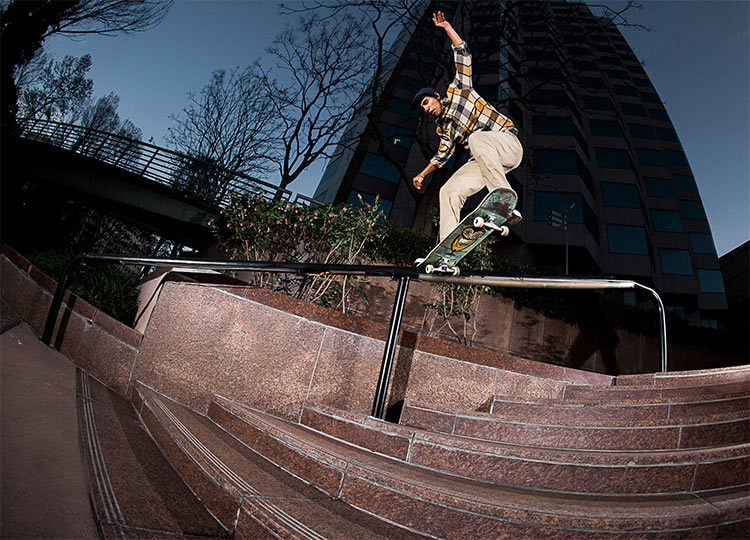 This thing has been getting some attention lately, bluntslide transfer

Now about this SJ part, how do you feel about the gentrification of good ol’ Man Jose?
It sucks because there are already too many people in downtown because of the college and the techies are flooding in as well. All the new buildings are going to be parking garages, apartments and corporate businesses. Gives us parks! We need space. 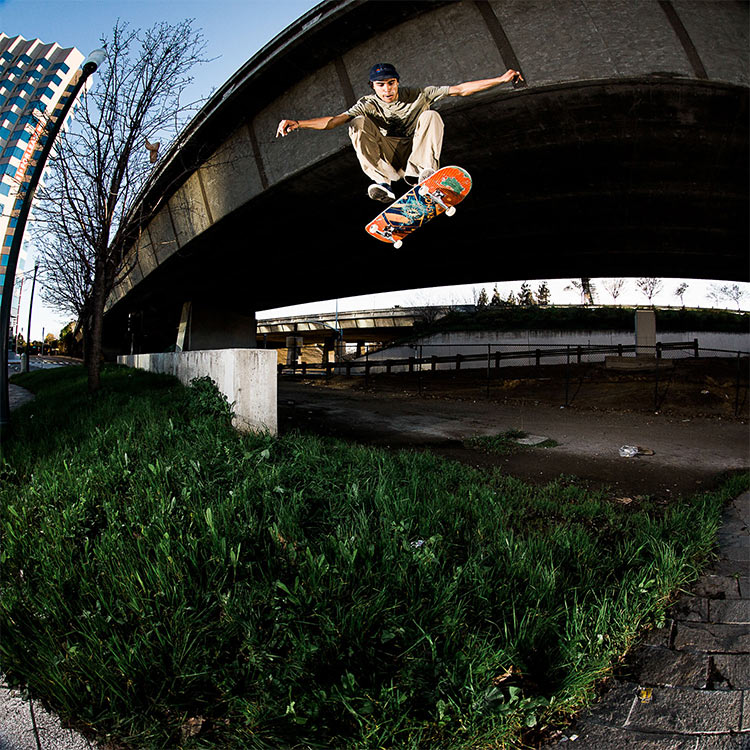 Desperate spot made decent with a front shove

So are there a bunch of new spots?
I can think of two but one is knobbed now and the other is fun once every two weeks. Downtown San Jose doesn't really have any great places you can stay at and skate besides one plaza called Caesar Chavez. 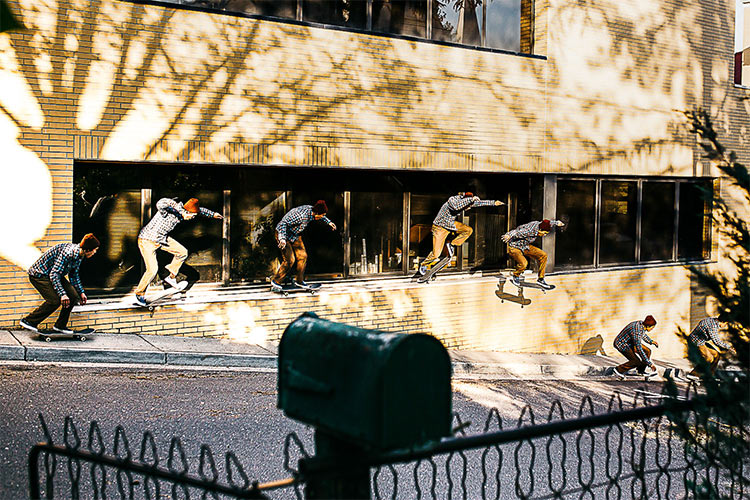 This angle dwarfs the sidewalk, but the footy does it justice. Back 50 to the street 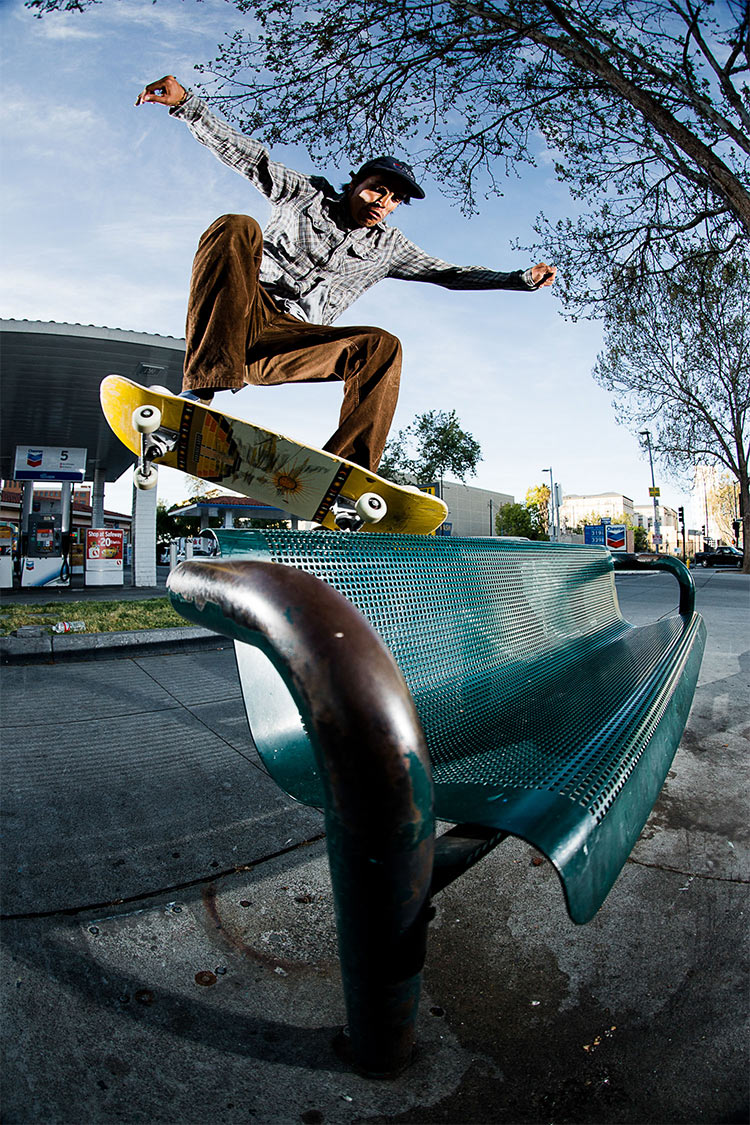 You seem to make the best out of SJ despite the common "fuck SJ" mentality. What are your thoughts on the current state of the city? Has the vibe changed at all down there?
Pretty much all my homies work a 9-5 job during the week, so it's hard to find people to skate with. And if anyone skates, it's mostly the skatepark. Not too much is happening over here.

How about inspirations you bring into daily life and maybe even skateboarding?
Ray Barbee is the inspo. We have lots of similar interests. 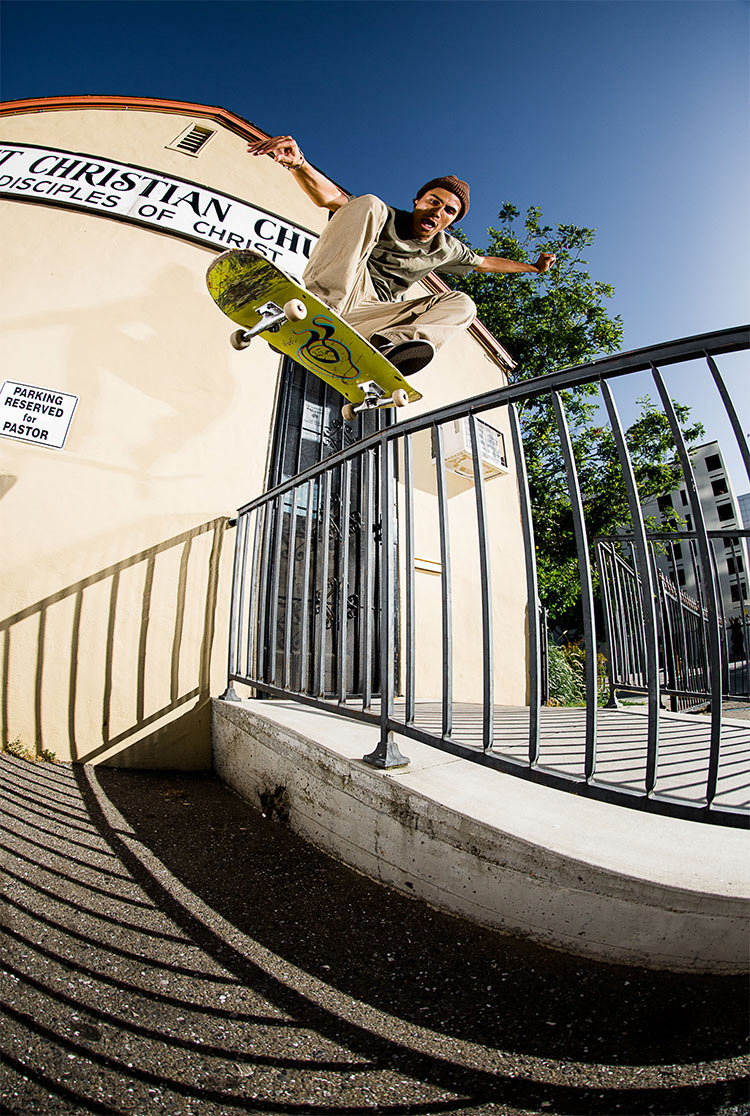 Switch ollie on this SJ gem

So what’s next for AWS?
Clone Wheels. Brennan is putting together a team and Miguel is working on a short web video. There are some really good tricks in there.

Word! Hyped to see that one. Can we expect an AWS video anytime soon? Or is everyone focusing on other parts at the moment?
That would be really sick. I feel like everyone's working on something separate but a trip video would be ideal! Get the team somewhere overseas and skate for a month. 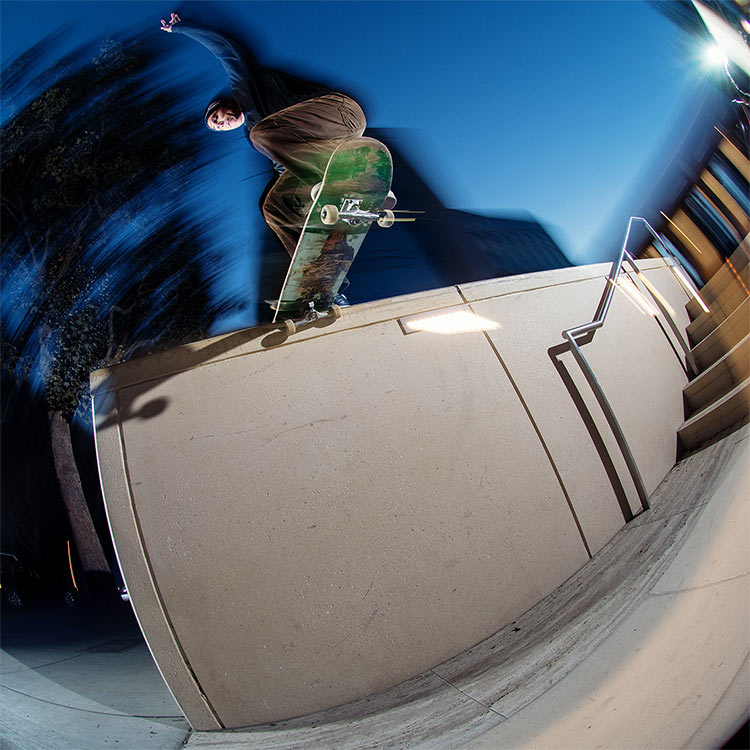 Gap to front tail before the knobs arrived     Photo: Zaslavsky

So besides skating and girlfriends coming on the end of skate trips, what are some things you're getting into at the moment?
Not too much. Working a side job doing home remodeling, playing ping pong and shooting hoops.

Alright, wrapping this shit up. The new year is around the corner. Do you have any projects or trips you're thinking about?
I'm working on a new part with Miguel. We've done a trip to Portugal and Detroit so far, thanks to Converse. They're always helping with travel. And I'm headed to Guadalajara after Christmas! 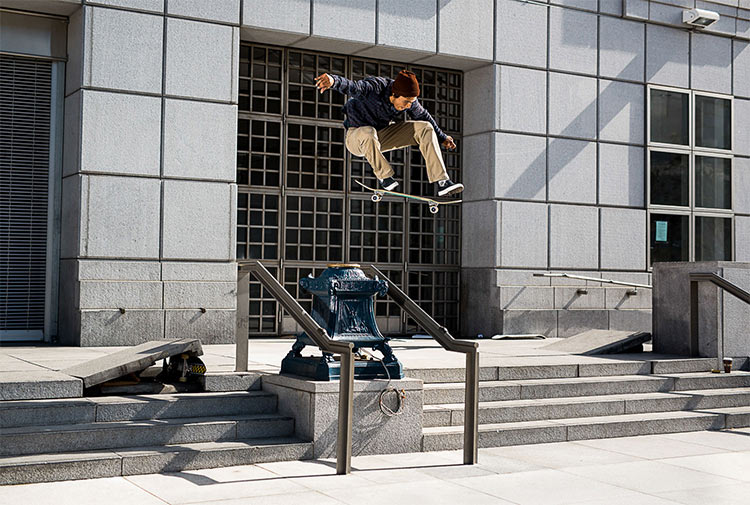 Hell yeah, my brotha. See you in Mexico! Any last words for your readers?
Stay creative because everyday life gets repetitive.
© 1981–2022 High Speed Productions, Inc.