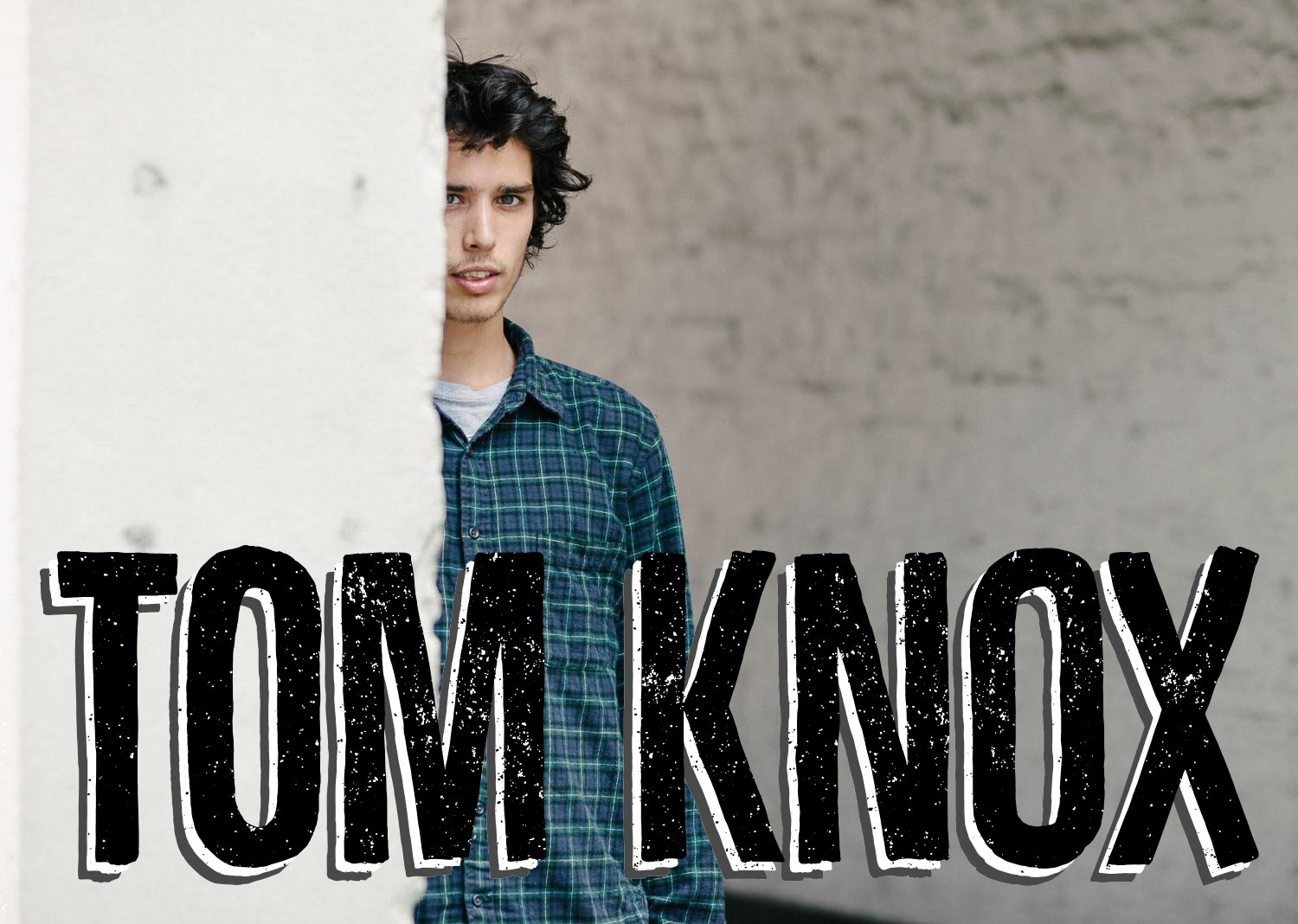 Give us the basics. How old are you, where are you from, sponsors, and favorite dinosaur?
I'm a 24-year-old human from London, sponsored by New Balance, KR3W, Isle, SML Wheels & Lost Art. My favorite dinosaur would be the Deinonychus. It’s like a Velociraptor.

HD or VX?
I would have to say I prefer VX. There's something that you just can't beat about the way skating looks and sounds. I grew up watching parts filmed on a VX, so the nostalgia is part of it too. In London no one really drives a car, you just get on public transportation or skate everywhere, so having a smaller camera with you makes sense. I do really enjoy plenty of videos filmed in HD, it does have its place in skateboarding. I just think that it can take a while for people to find their style with progressive technology. 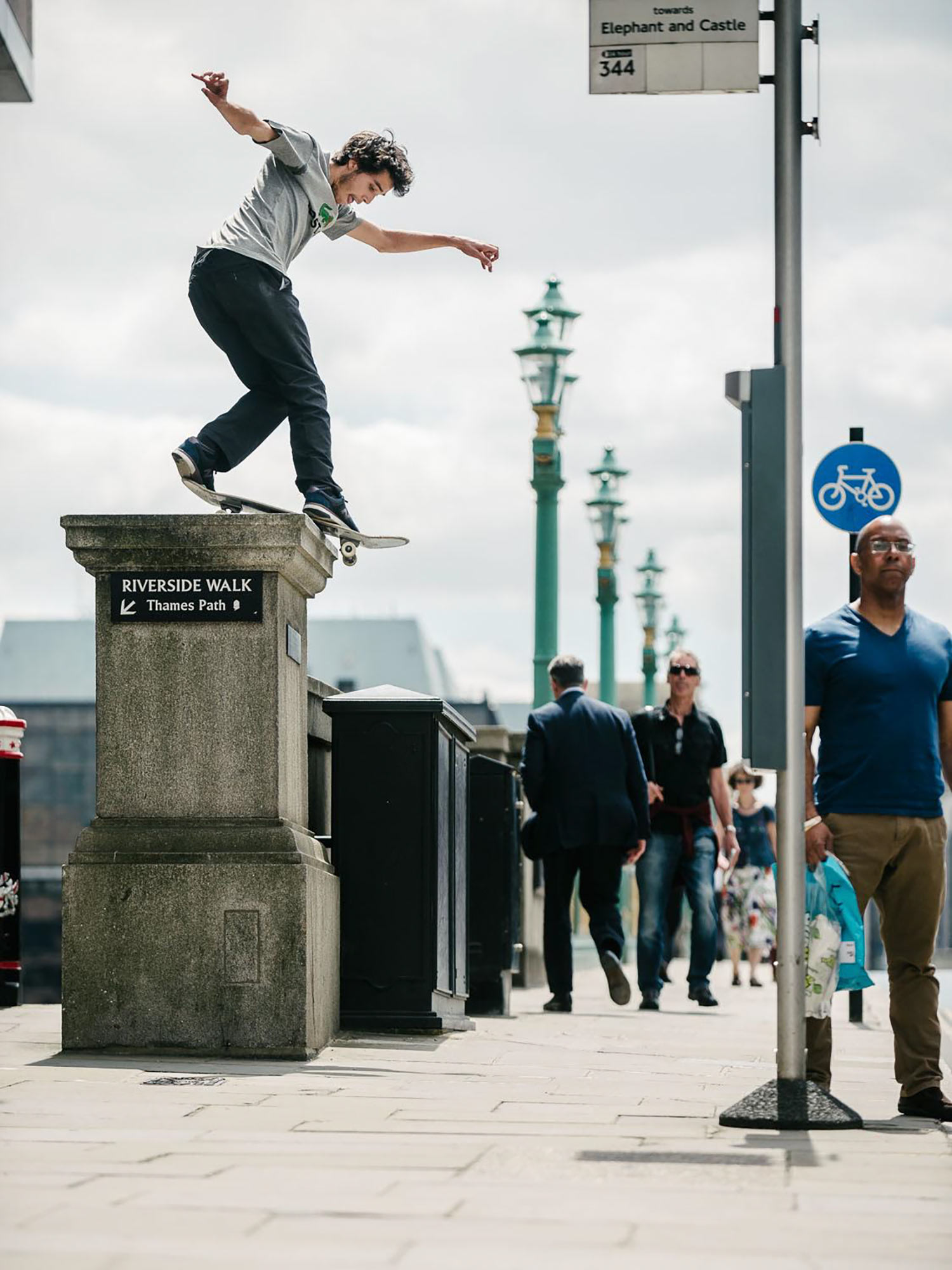 How much time did you spend filming for the Vase part?
It was about two years. I lived with the filmer Jake Harris, so it was easy to get out and film when he was around. There were sure some gaps where I was hurt, on a trip, or Jake was working. Also the VX does have a tendency to break, so we would have some long spells without a camera.  We went through a few of them filming for Vase.

Tell us about Isle Skateboards.
Isle skateboards has been around for a few years now, and it began after people were over Blueprint and wanted to start something fresh. It's a really amazing crew of people, we’re all friends. Most of us are from the UK and some are from overseas. Nick Jensen handles most of the graphics and he smashes it. It feels great being a part of a brand he's involved with. I’ve always been a fan of his skating. Growing up watching Lost and Found, it's impossible to not be. 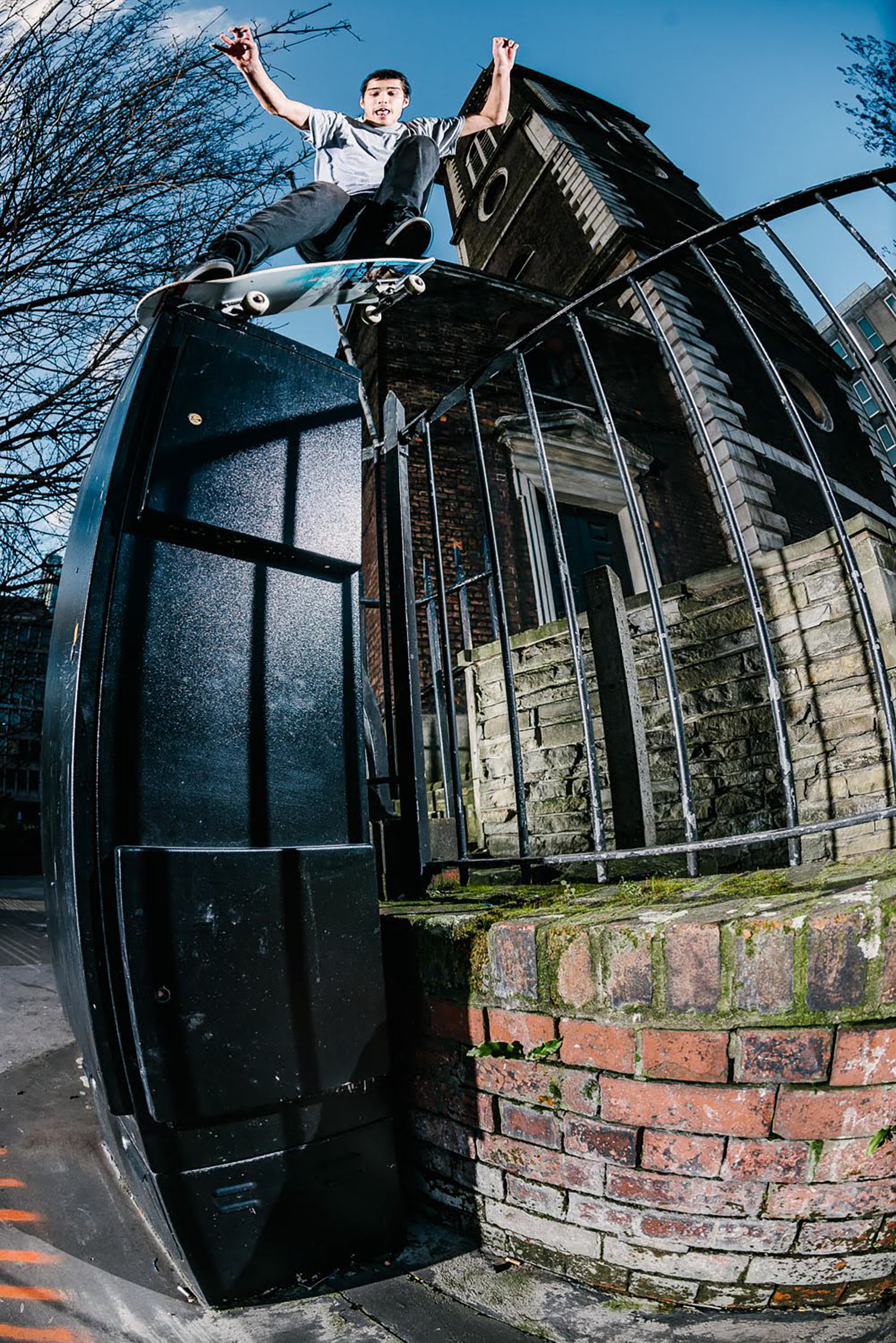 Any good stories from the filming process?
We were skating a spot in Barca when Chris Jones hit his head quite bad and needed stitches. While he was at the hospital I filmed a trick at the same spot. It turned out he fractured his skull! He had one of the worst injuries of his life and I was riding through his blood. I'm sorry mate! There were definitely a few battles as well. The one that stands out most is the kickflip at the beginning of the part. The landing is actually a laundry ditch for the people in the estates. On a couple occasions Jake and I had to move all the laundry so I could skate it. I guess skating outside someone's house pisses them off, let alone moving their underwear! It took me so long to commit, that wall comes up quick and I was tweaking. Luckily I blacked out on one and came back as I was rolling away. 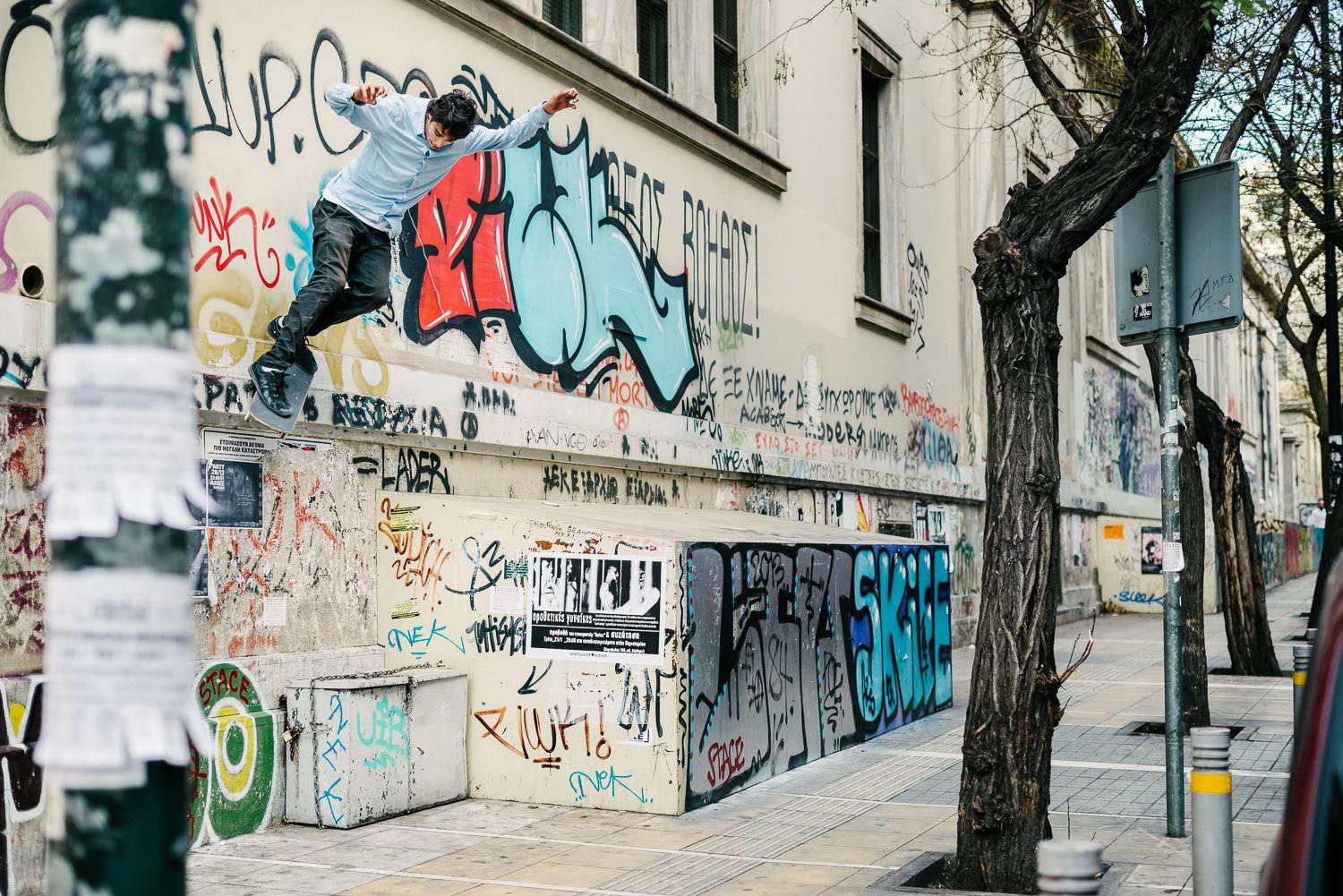 How long had you been eyeing that wall ride at the end? Was that a tough one to get?
I've actually seen that spot for years and always wanted to skate it. It's on The London Bridge, so I’ve passed it numerous times while crossing over the river. The deadline was coming up and I just thought, “Fuck it, I'll give it a go.” I made it fairly quick. I felt like at some point my luck would run out and I would eat shit.

Many people have lamented the crustiness of British spots. Do they feel especially rugged to you or are people being overly dramatic?
It’s hard for me to say, as I’ve grown up skating in Britain. It is rough and that can make it difficult sometimes, but I feel it's not something I dwell on. I am always surprised how people constantly seem to comment on the roughness of spots. If I find a good spot but it has shit ground I'll try and skate it because the spot is good. You just take what you can get. To be honest, I can sometimes find it hard when I'm in LA or somewhere smooth. The spot seems perfect in a massive open space, there's no distractions from the trick you're trying, but I almost prefer when something is wrong with a spot, as it can give me something else to focus on. It's less of a stage and more of a maze. 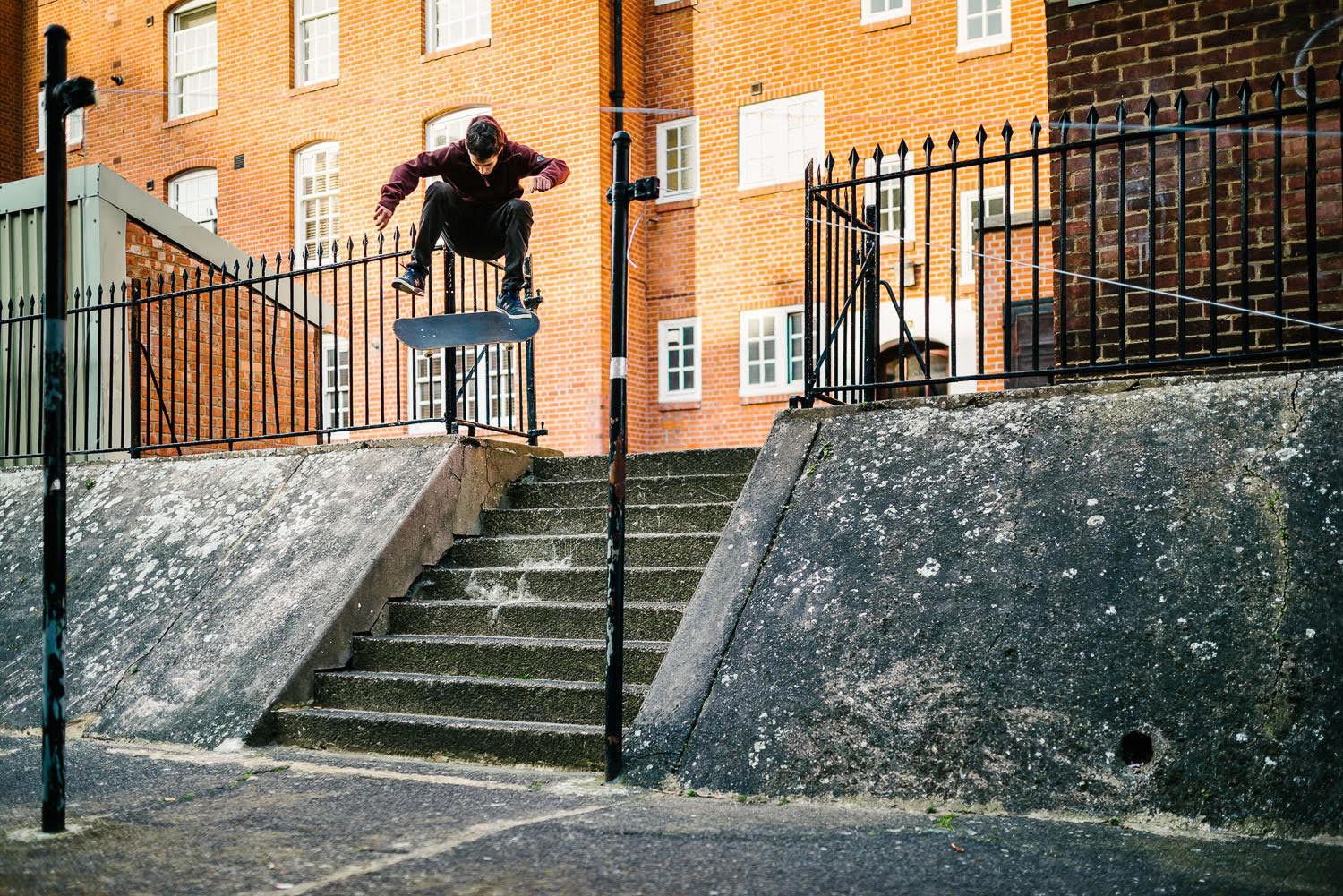 You posted that BS Smith 360 out on Instagram. Do you still plan on getting the make?
That spot is so annoying! The set up is unreal but you get kicked out in two tries most the time. Sometimes I'd be drying up the spot and get the boot before I'd even picked up my board. Maybe one day, but I think I'll put that one on ice.

Have you ever met the other Tom Knox?
No I haven't met him. But it's cool because as a kid people would mention it so I ended up finding his parts and watching them. The man is an amazing skater. Maybe one day I'll meet him and we can go skate. He could teach me how to skate curbs properly. That would be sick.

What’s on the horizon?
I wanna keep filming. I really enjoy the process, and living in a place like London, there are countless back streets to explore.
© 1981–2021 High Speed Productions, Inc.