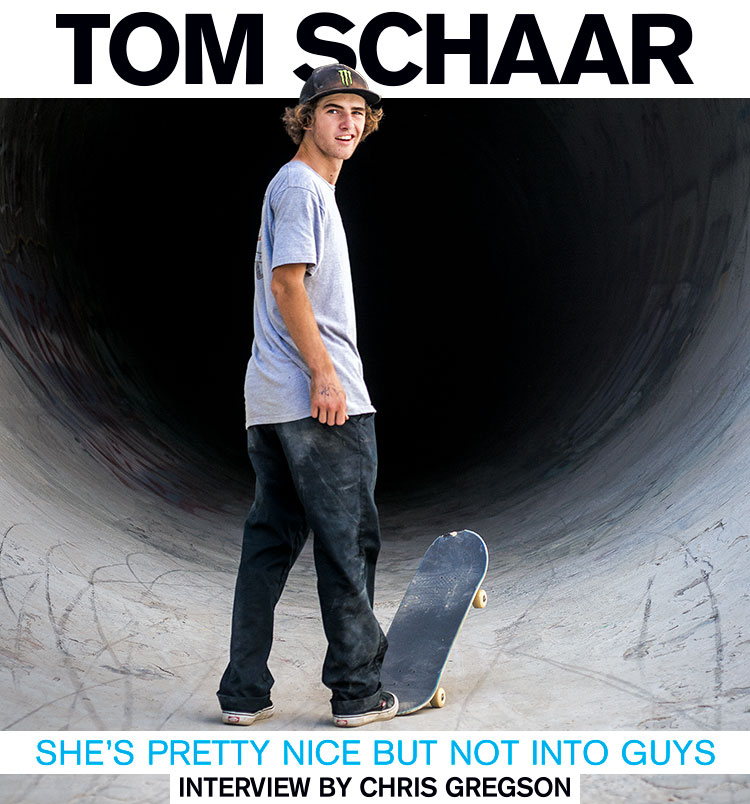 Okay, we’re going to skip the rest of the basic questions. I heard that you’ve banged 1,080 girls. Is that true?
I can’t confirm that it’s not true.

Was one of them Ellen DeGeneres?
Nah, I’m pretty sure she’s not into guys.

Explain Ellen.
She’s pretty nice but not into guys.

Fuckin’ tell me the story, dude!
She interviewed me, I skated and that’s all we got.

Who was your neighbor growing up?
Pamela Anderson. That was nice. I hung out with her kids all the time. I went to school with them and everything. 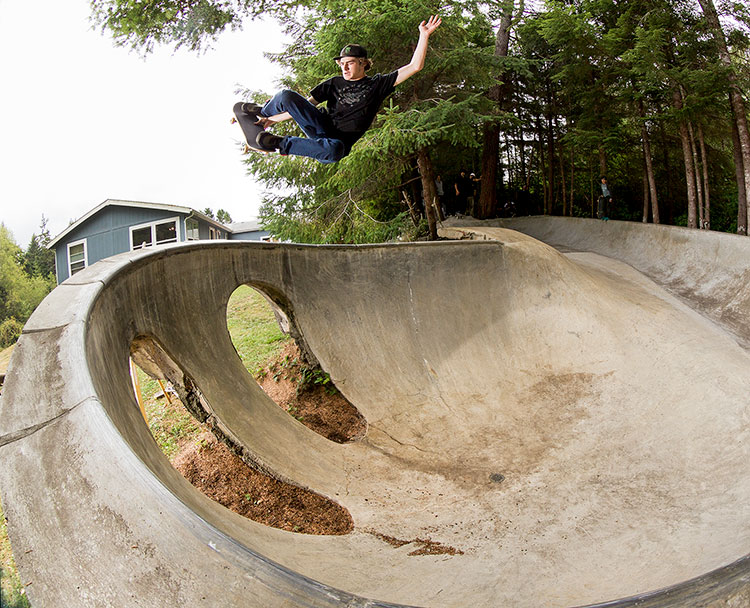 Do you think you can still do it?
Absolutely not. Not a chance in hell.

Why, because you’re a bitch?
Because I’m, like, nine feet taller. And because I’m a bitch.

Not many people have done it. Like what, two people?
There’s three of us, I think.

What did the 1080 do for your career?
I wouldn’t be doing half of the stuff I was doing if it wasn’t for that. I’m not bummed on it. It definitely opened a lot of doors for me.

Did you get dizzy up there in the air?
I actually didn’t. It would happen so quickly I didn’t really know what was going on.

Are you glad you got that over with as a little kid so the pads could come off?
I am, actually. Now I’m not restricted to only doing tricks with pads on. I can actually skate cool stuff.

How does it feel to grow up as a vert baby?
Well, I got really comfortable with my pads and now I don’t even know where they are.

C’mon, you still use them. You won the Vans Pool Party. We’re not brushing it under the rug.
Nah, they’re not gone; they’re somewhere in my house.

How was it skating the Vans Park Series this year?
It was pretty cool. It feels like I’m skating a park back home with all of the homies. We’re having a contest at the same time, but it’s not like anything gnarly or whatever. It’s not as extreme as the X Games where you’re made to do stuff. 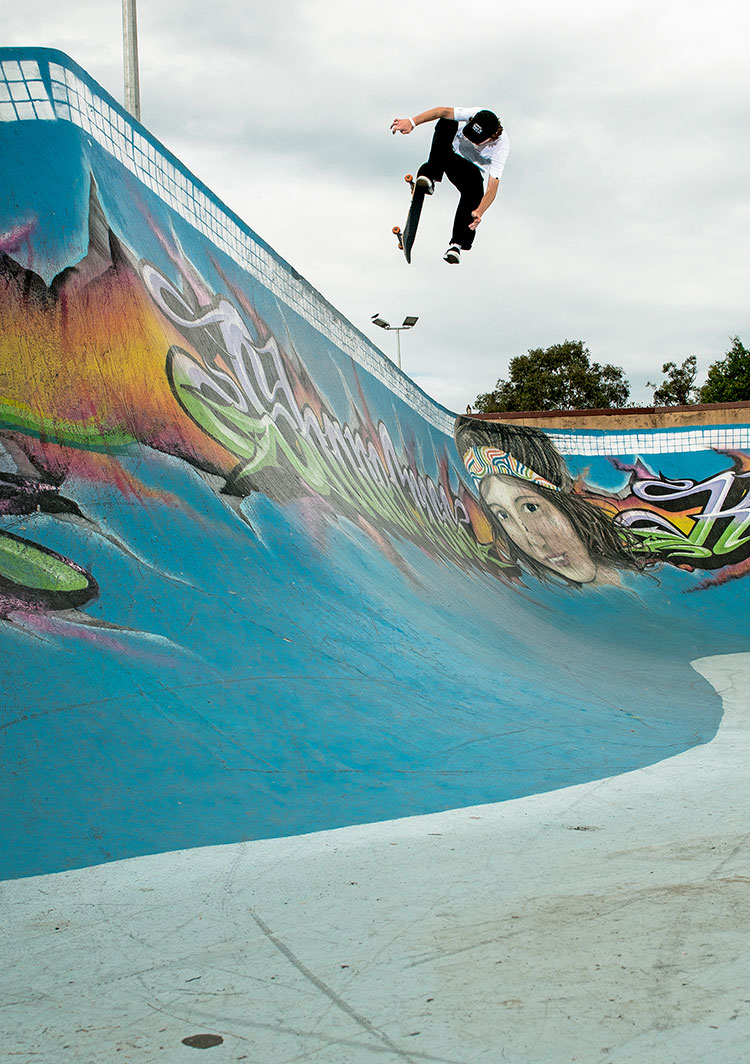 Representing America. Fuck yeah. How do you think your life would change if you were a part of an Olympic team?
I could no longer go for the Jerry Gurney image. I’d have to go for the clean-cut image. Can’t really be out there doing what he’s doing.

How has it been going on trips with me and Jerry?
It’s been all downhill since I met you guys. 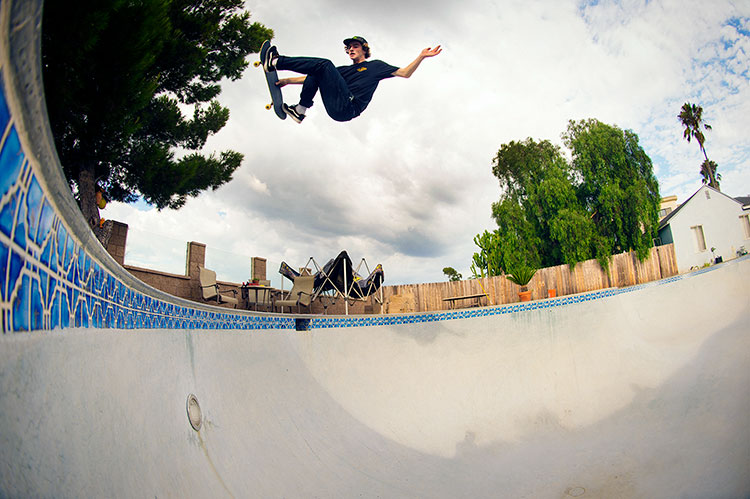 That’s a lie, a low blow. Throw us under the bus, bud.
I’m the bus driver.

How has Jerry influenced you to become this little man you are now?
He’s made me realize that my pads are no longer useful in my life and all you need to know are backside bonelesses. Oh yeah, and front rocks.

Tell me what it’s like riding for Element, as far as a brand goes.
It’s pretty cool. I think we have the best team out of any company. Me and Greyson are the only tranny guys, so we hold down that area. We’re the C team, actually. Everyone else is the A or B team.

That’s a fact.
We know where we fit in. 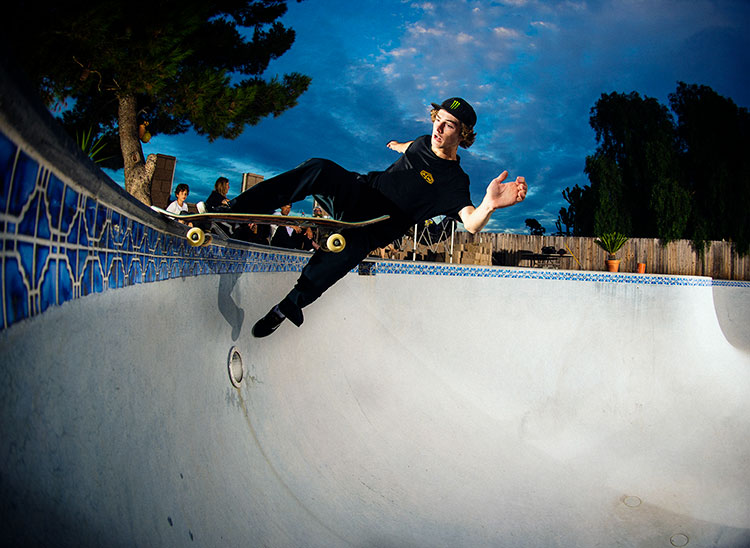 What’s up with video games?
They’re the shit! That’s all you need to know.

Rumor has it that your mom yells at you every single night because you and Greyson are playing too many video games and you have school in the morning.
I have to wake up at 6:30am to go to school and Greyson and I are on it until 2:30 at night. She comes in pretty hot.

How much time does Greyson spend playing video games?
He wakes up at about three in the afternoon, gets on around six at night and is on until six in the morning. Sometimes I’ll wake up for school and he’s still on it. 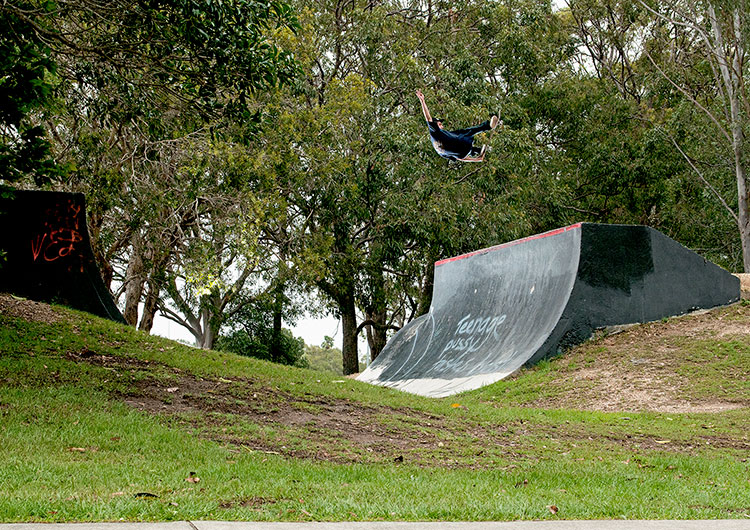 How does it feel having an energy-drink sponsor?
I’m just juiced all the time. It’s pretty cool. They bring a lot of different money into skating that wouldn’t be there without them.

Who was your first favorite pro skater?
Alex Perelson.

That was your first?
Yeah, that was when I was 12. I saw the Real video and he did that crazy line.

Who is your favorite skater as of right now?
Still Alex Perelson.

That’s a lie.
It’s not! I wish it wasn’t, but he’s the gnarliest motherfucker ever.

Give us a few names of dudes that are currently blowing your mind, pads-wise.
Not that many. Jimmy Wilkins and Sammy Beckett.

Why?
’Cause they’re bringing cool shit to vert. They’re not doing the same boring shit as everyone else. They skate other stuff.

They’re real fucking skateboarders. What about an OG?
Omar Hassan, that’s for sure.

Ol’ Blockhead days. Have you seen his Concrete Jihad part?
Yeah, that’s the sickest part ever. Blowing shit up. 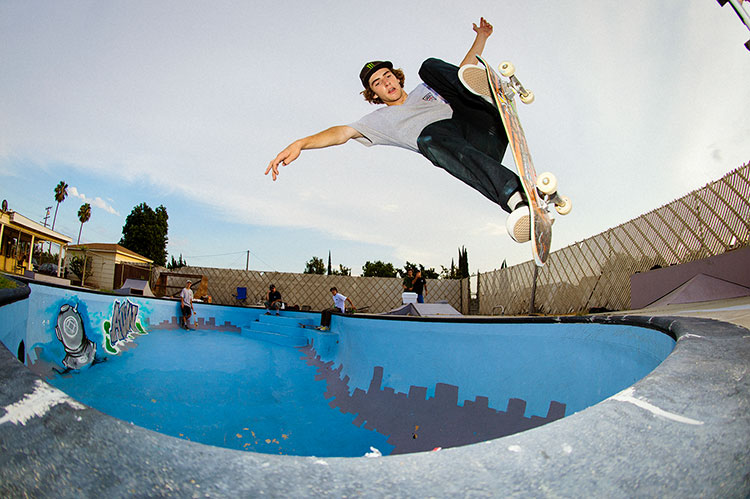 How do you feel about King of the Road? Would you go on it?
I’d be down. I’d probably be forced into doing all the weird stuff.

How does your mom feel about letting me and Greyson take you on international trips?
She trusts you guys.

Why?
Because you seem good at the front door. As soon as the door closes, it’s game on.

Where have you gone while filming for this Element video?
We were just in the Northwest. Before that we were in Texas, and we’re currently in Brisbane, Australia.

How do you feel about this being your first video part?
Well, I’ve never really had a real video part, so it’s pretty cool that I’m a part of something. 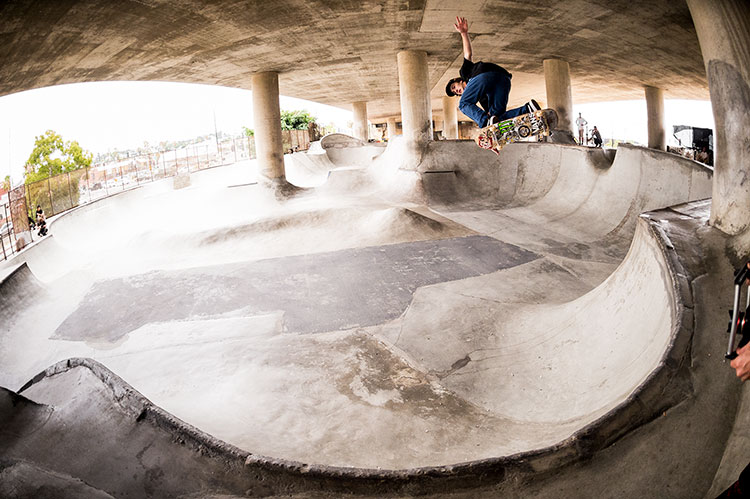 Do you think you’ll ever turn pro for Element or will you just be the Mega-Ramp kid the rest of your life?
You seen me skating on this trip. What do you think?

I’m not the one getting interviewed. It seems like you’re doing really good at contests and you care more about that than filming a video part. Do you think people will actually take you seriously for once when this part comes out?
I would say yes.

I feel like everyone is going to be shocked and hyped to see what you’ve been doing. At the end of the day, how do you feel about contest skating versus filming a video part?
They’re both equally as hard, but it’s more fun filming. It’s more relaxed instead of being all stressed out at a contest.

Alright, Tom, I know that we roast you all the time, but that’s because we love you. We can’t wait see you to go on to bigger and better things. Last question: do you like drinking beers?
I’m going to let my mom answer that one.