A short conversation with Hugh "Bod" Boyle about fake cat barf, real human barf and life after being an '80s vert skater. 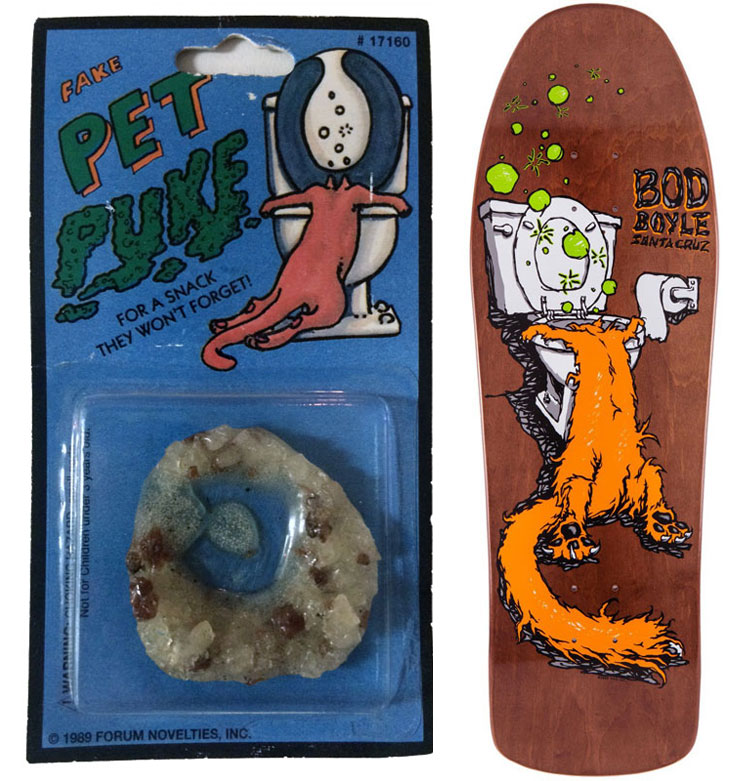 Okay, Bod, so the other day I was in a gift shop and I saw a package of fake cat barf and I was, like, "Whoah! That looks almost exactly like Bod Boyle's Sick Cat graphic." So the question is, which came first? Did you get ripped off or did you rip off that fake cat-puke packaging?
Actually, Kevin Marburg, who was one of the artists in Jim Phillip's studio, we were real tight and he did all of my Santa Cruz graphics. We were working on a board and kinda going around in circles. I wanted it to just be a big Santa Cruz logo but the dudes in there weren't really feeling that, you know. They wanted more illustrator art. So Kevin and I were out one weekend walking through a mall and he grabbed a package of fake cat barf and said, "Hey, you should get this. You should run this." And I was, like, "Whoah. Crazy. Um, sure," 'cause I trusted Kevin and then he took it and kinda ran it. It wasn't like I had some ingenious idea to have a cat throwing up in the toilet for a board graphic. We just tripped over it.

Thrasher October '91, all he wanted was a logo. Photo: Mofo

Just a chance encounter next to the food court, huh?
Yeah. There it was in a shop just hanging on a peg and Kevin grabbed it.

Out of all of your Santa Cruz graphics, was this your favorite? If not, which one was?
Definitely the Stained Glass was my favorite. 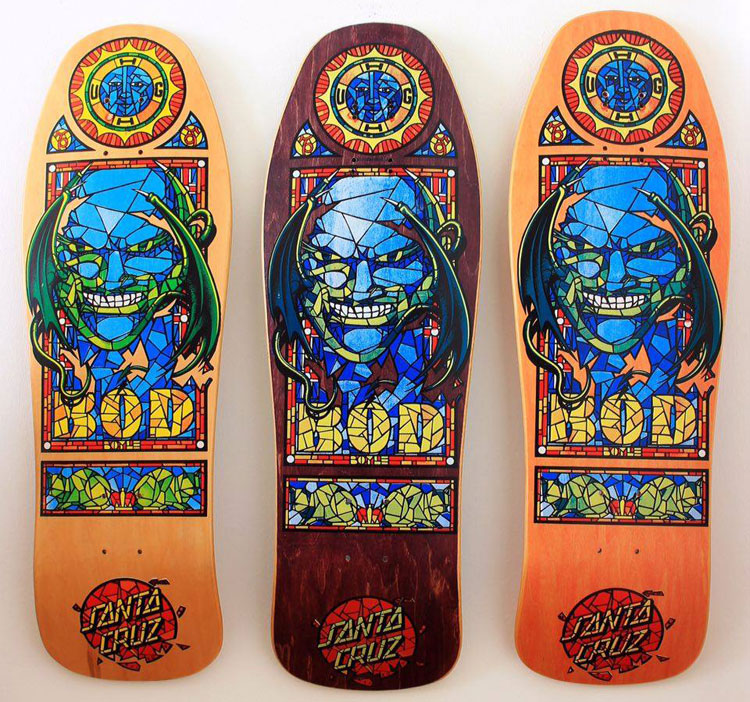 That was your first one, right?
Yeah. I really liked the way it came out. I mean, Sick Cat was cool and everything. It was kinda silly and goofy, but I wouldn't notch it down as one of my favorite skateboard graphics of all time, but it served a purpose. Literally the month that board came out I got arrested in Germany—we all went out to the Munster contest and got a little bit loose afterwards and while getting arrested I threw up all over a policeman who was arresting me.

Nice! Right after the board came out.
Yeah, it was the first month it was out. I was riding the first production run. Within a few weeks of it coming out I was throwing up all over a policeman.

You became the Sick Cat. You became the physical embodiment of your graphic.
Exactly. Yeah. That wasn't a good evening. Bob Denike ended up in jail with the fine and me and Ffej and Shane O'Brien and a few others were handcuffed to a bench in a police station 'til the next morning.

Okay, so as an '80s vert skater, what did you do when the tide turned and street became king?
I worked in England before I got to California. I worked really hard,  saved up to have money to get there and have some money to live, so I realized there was work before and after skateboarding. I always thought skateboarding was a wonderful gift that we're given to earn some money and travel. When things really started to change—I mean, the writing was on the walls. I think I was one of the last vert guys to have a model on Santa Cruz. I could see things changing and I'd been through a couple of injuries. So, for me, next I'm sitting down with Denike—who ran the company—and he was, like, "You know, Bod, you won't be able to afford to live off of just skating," and I was, like, "Well, are there opportunities here?" And I was very lucky that NHS gave me the opportunity to work inside the company and learn from those guys. I was very lucky to work with Bob, Richard Novak, Tim Piumarta and Jeff Kendall who started working there at the same time. They taught me a lot about skateboarding business and business in general. For me, it wasn't a harsh ending. It was more a natural evolution. And I was happy and thankful to be involved in skateboarding. And I still am now and maybe I wouldn't have been if I hadn't had that opportunity to transition with those guys. 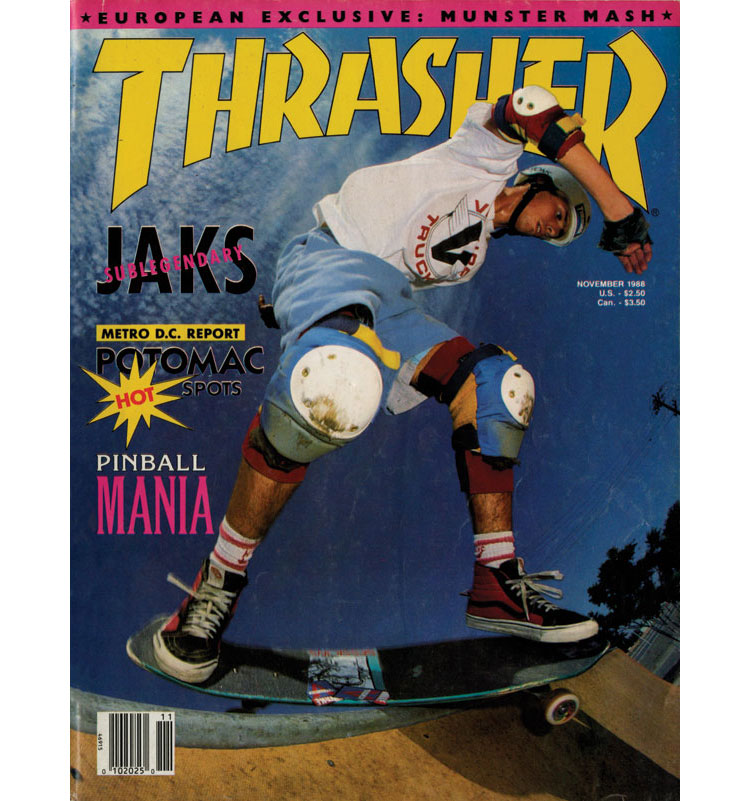 And you currently work at Dwindle, correct? What's your job title there?
It says President on my business card.

Not bad! So, with vert on the rise again, what's your advice for the new crop of transition kids?
You know, I seriously want to go into a skateshop and buy a Jimmy Wilkins board. I am a fan. I think skateboarding is segmented right now, but all those guys ride everything nowadays. But advice for someone coming up? Just have fun, be creative and don't let the other stuff get in front of you. If you're having fun and progressing, then that's what leads to good parts and good skateboard careers.

Excellent. Thanks, Bod.
No problem. Hopefully that's what you were looking for.
© 1981–2021 High Speed Productions, Inc.