When the lineup for the 2019 Wild O Fest was announced I nearly shit myself. Although the name makes it sound like some kind of Irish festival or perhaps a tribute to Montreal’s famous piece of unintentional skate architecture, in reality it is a garage punk and surf fest held in Mexico City that’s been going down for a few years. They always bring some heavy hitters but this year was insane. –Wez Lundry 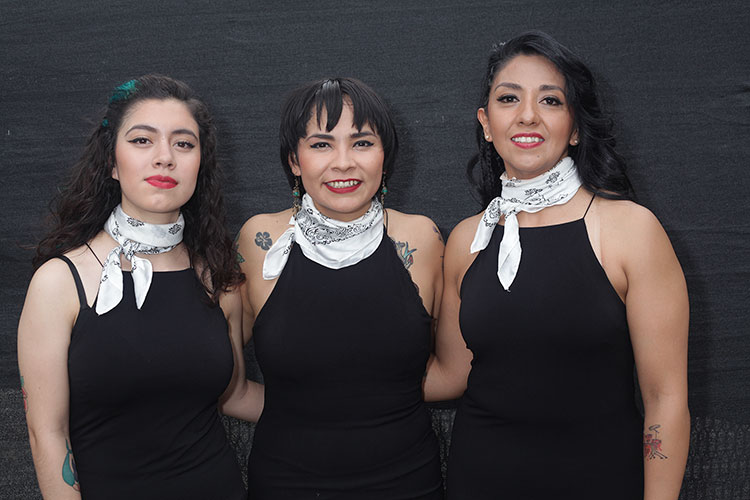 After some press-pass shenanigans that would rival an Abbot and Costello routine (at door number five: “Go to door number six!” At door number six: “Go to door number five! Oh you came from there? Go to door number one!” After walking half a mile around the complex we were told to go to door number six. Or five. Or wait there). Finally, someone let us in, but wasting an hour walking around in circles meant we missed Thálasses, who I’d never seen before and had no idea about, and las Centellas. Las Centallas are rad—an all-female three-piece from Mexico City who do mostly instrumental surf-oriented stuff. They kick ass and seriously look like they are having a blast when they play. It’s fucking infectious. At least I got a portrait. 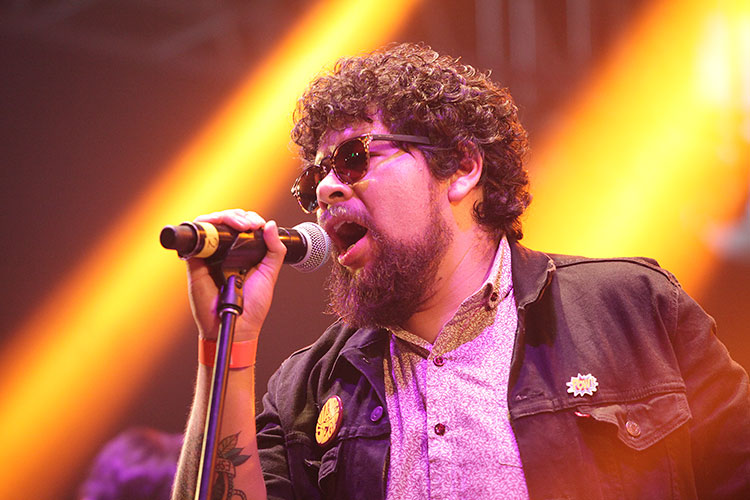 Viv and the Sect is another Mexico City band and they play farfisa-drenched garage punk that stretches back to the ’60s. They’ve got a record that’s a couple years old on Get Hip Recordings, and they fit well in that stable. 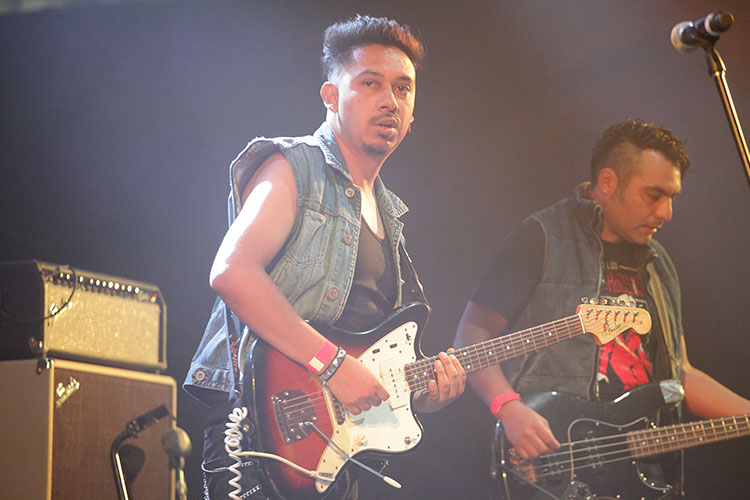 Pegajosos from Puebla played greasy biker/surf instros in the vein of Davie Allan. Everybody just wants to be free to ride their machines… and get loaded! 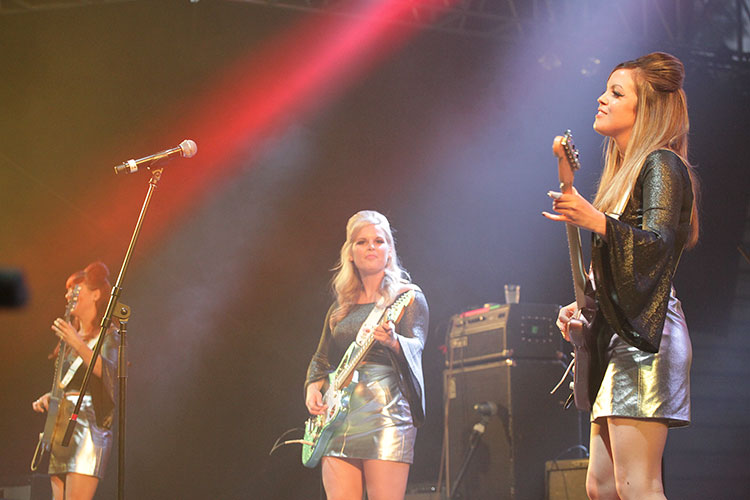 The Surfrajettes from Toronto is a four-piece all female surf band that plays an interesting/maddening choice of covers (Britney Spears? The Beatles? The Stones?) but they did do a version of the Yardbirds’ rendition of “Train Kept a Rollin’” (from the movie Blow-Up) that rocked. I just wish they did a little more than stand around in miniskirts—although I guess that’s enough for some people. And they’re from Canada, so they are probably nice people. 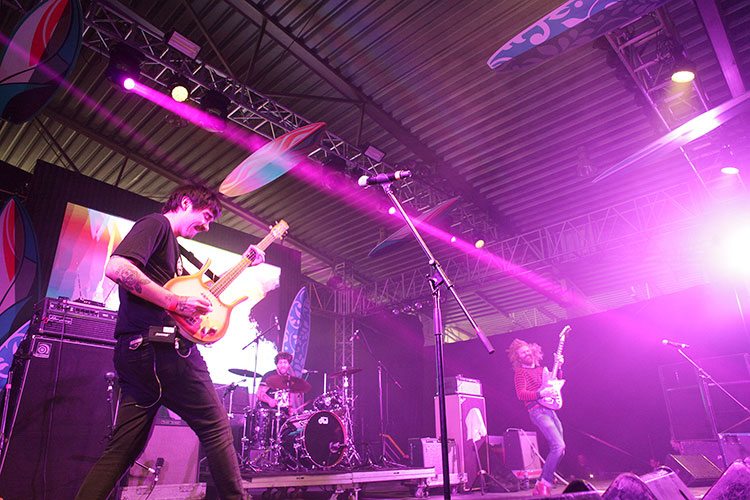 Up next was Dr. Explosion from Spain, another band I had been listening to for years but had never seen (apparently they rarely leave Europe). Super catchy pop-inflected garage punk, they clearly have a blast when they play and I learned that the song “Dracula Yeye” is about a vampire sucking Paul McCartney’s dick. Their song “Eres Feo Chaval” is a fucking theme. 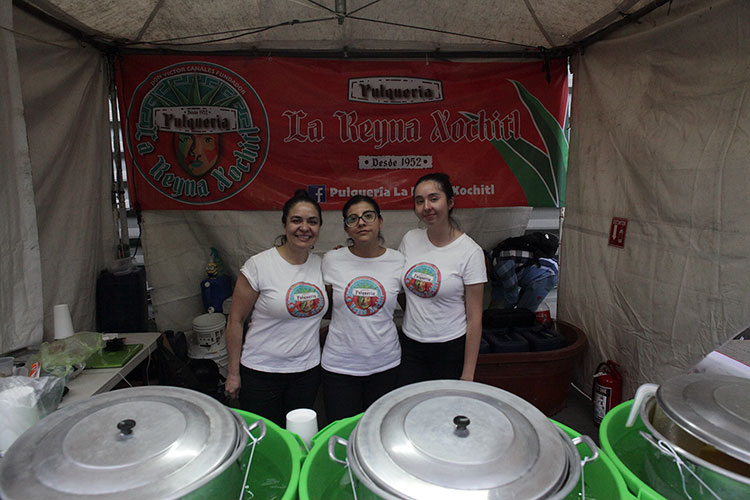 Next was the Phantom Four, and forgive me guys but I needed a break—there is only such much instrumental music I can take on one bill. I walked around a little, went outside and had some American food (a pastor burrito) and a Mexican beer, and took a load off prepping for the last few bands. IF you were in the mood for pulque—a kind of fermented snot-consistency low-alcohol drink—they had that too. The fest had a carnivalesque feel outside the venue, with people selling and trading records, a few food and beer vendors and merch tables. DJs kept the party rockin’ in between bands, including special guest Pete Slovenly from Reno. 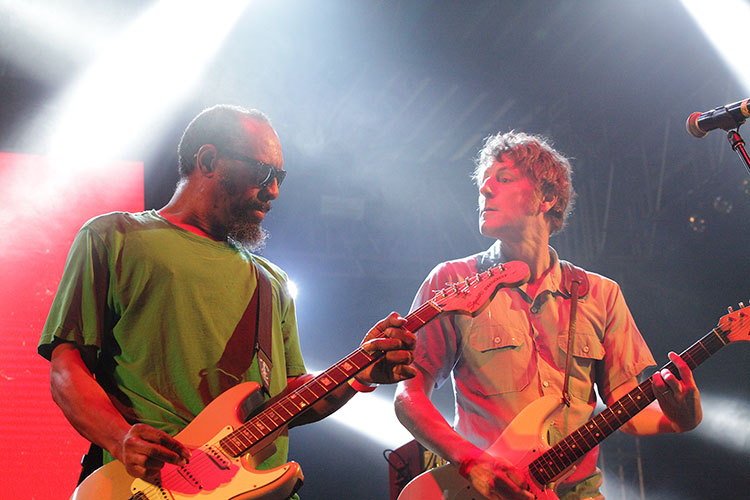 Out of the entire lineup I was most psyched to see The Gories, as I have been listening to their records since they first came out and they stand the test of time. All three of their LPs are must-haves. Their single “Nitroglycerine” goes for big cash because it’s fucking worth it, and their cover of Spinal Tap’s “Gimme Some Money”—recorded as a joke for a Sub Pop single—is a side splitter. I never got a chance to see ‘em live for some reason, but have seen some of their subsequent bands—Blacktop, the Dirtbombs and the Demolition Doll Rods. There was no way I was gonna miss this one. By some weird miracle I walked into the photo pit right before they started playing, unbeknownst to me that photogs were supposed to wait for the second song, so I got to shoot the band all by my lonesome (and weather a few of their puzzled glances). I’m a fucking skater; we barge; it’s what we do. Primal and primitive, they did not disappoint. 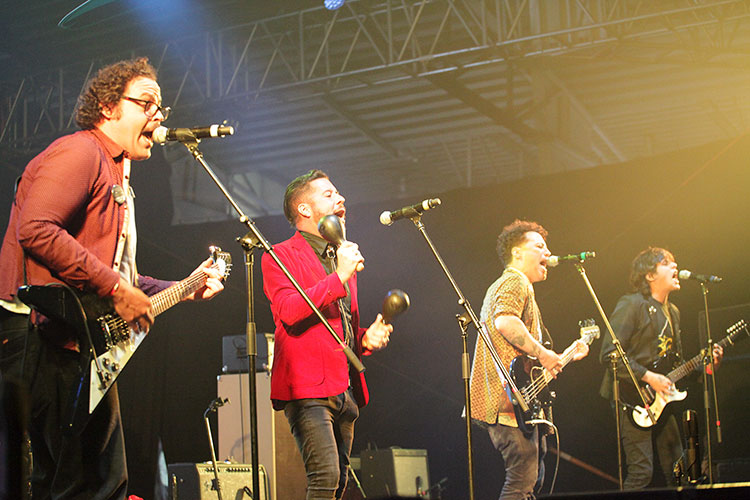 Puerto Rico’s favorite sons Davila 666 played next. They had reunited only a few months ago in PR for a couple shows, but they were in top notch form with all four in the front banging out vocal duties. Their first LP on In the Red is a scorcher, and although they didn’t play it, their version of the Nerves’ song (made famous by Blondie) “Hanging on the Telephone” in Spanish is a cult phenomenon in Latin America. And check the dirty murderous sexiness of the “Tu” video (NSFW?). 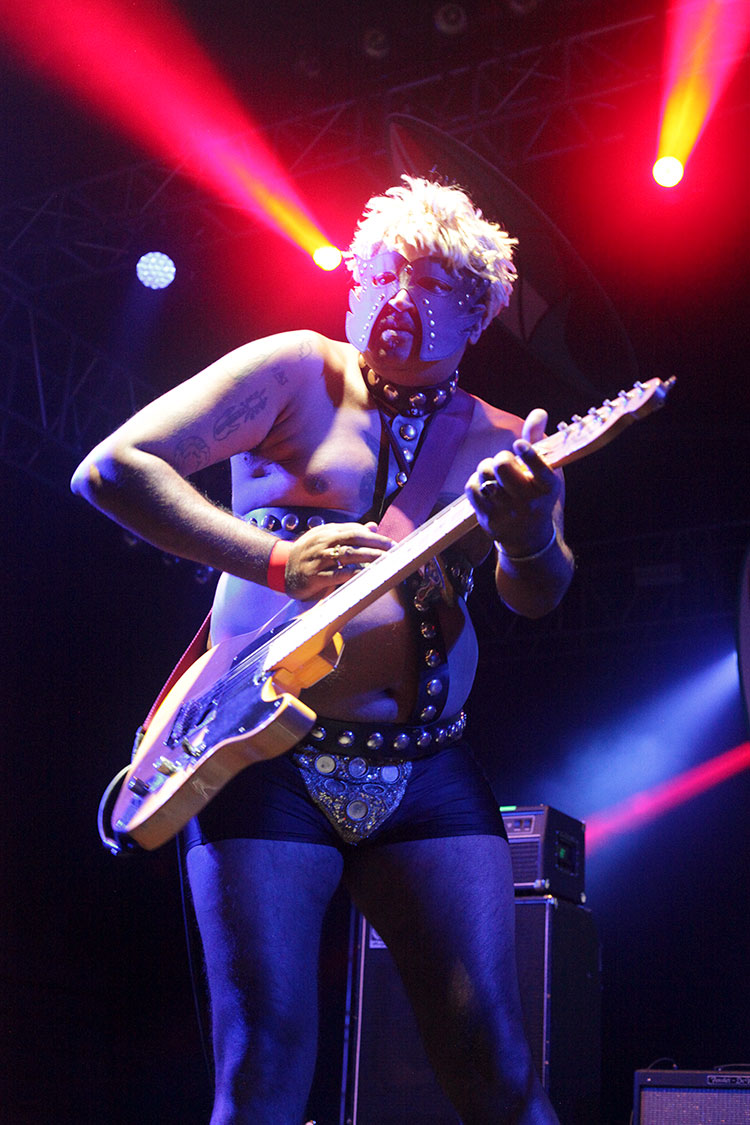 Another perennial festival favorite, the King Khan and BBQ Show were next. Yes, King Khan is still in his Bo-Diddley-as-the Black-Gladiator phase, complete with leather strap bondage gear and wig—although since it’s been a few years maybe it’s not really a phase and he is settling into his groove? They were both pissed off at the bass hum that started off their set, but it was easily remedied and they took off. There’s an earnest sweetness to their tunes despite the rough-around-the-edges music, and they get the girls slippin’ off their seats (despite—or because of?—Khan’s prodigious belly). 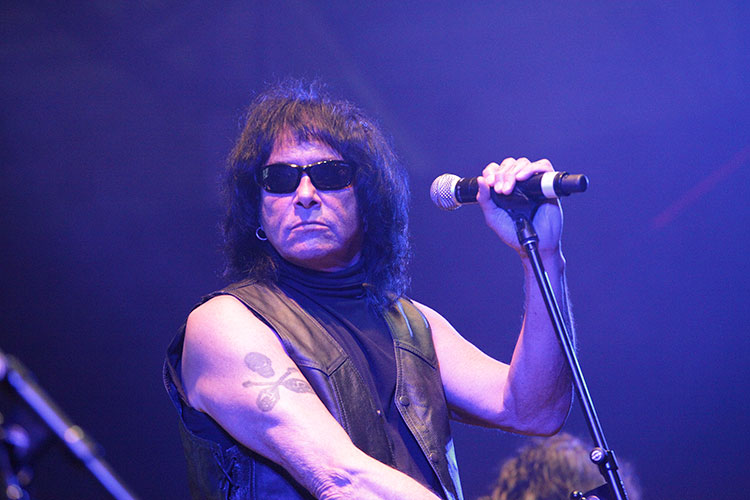 The Fuzztones, originally from New York but now residing in Berlin, have been around since 1980 albeit in various incarnations, but all held together by Rudi Protrudi. They play psychedelic and fuzzed out garage punk in the tradition of the Seeds or 13th Floor Elevators (RIP Roky Erickson) and have a quiver of subterranean stompers in their bag. 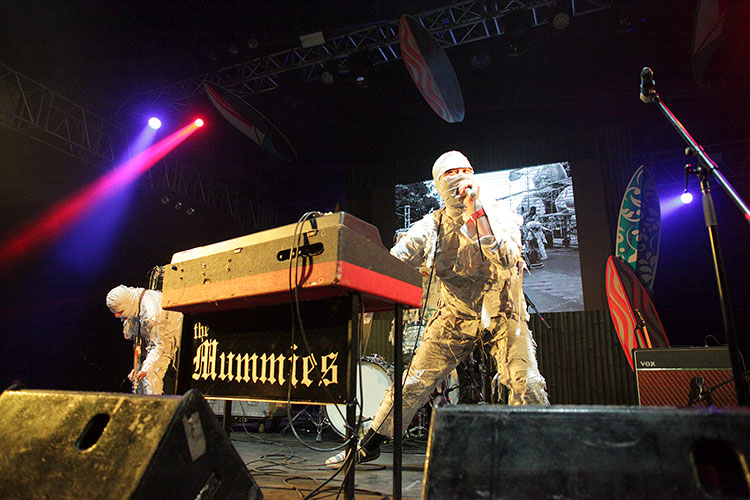 Last but not least, San Francisco’s The Mummies. Spearheading the late-1980s/early-1990s garage revival but adding more punk than their predecessors (in attitude, action and song choice), The Mummies are clearly having a blast while they are playing and it shows; full of self-deprecating banter about their lack of professionalism and unafraid to insult the audience, they nevertheless kick out some mighty jams. After they played their last note, it was all over. Ears ringing, there was nothing left to do but get late-night tacos and another beer and wait to see the lineup for next year’s fest.
© 1981–2022 High Speed Productions, Inc.