It’s easy to enjoy others’ creative efforts. From music and movies to books and the infinity of crap within your phone, you can indulge whenever you like and not break a sweat. However, if you’ve ever felt a restless energy to create something of your own, it can be tough to even get started. Zines are a good, non-internet way to add something to the world. These hand-made publications can contain whatever you want because you’re the editor. The challenge is if the things you find humorous and interesting in your head will translate onto cold, dead paper. It’s always worth a shot to find out. —Adam Creagan

Wez Lundry has been doing Thrasher’s Zine Thing reviews for the last 15 years and we asked him some questions about the craft. We also included zine covers and excerpts from over the years.


You have a long history with Thrasher. When and how did you start contributing?
I got my first stuff printed in 1994. I had been doing my own zine Pool Dust for a few years and had met guys like Kevin Thatcher, Phelps and Bryce Kanights through skating. I just talked to them and they told me to send stuff in. Bryce took time to help me with my photos. I used to do a lot more skate stuff, but now I do mostly zine and music stuff. I worked at Fallout, a punk record store in Seattle for ten years, so I had a pretty good grasp of music. And I had been doing my own zine and contributing to others and trading, so the zine thing angle worked out as well. I’ve been doing Notes from the Underground since about 1996 or 1997.

How many zines do you get per month?
Typically 25-30. First I weed out the bad ones, then I ask myself if it’s something I’ve already reviewed, then how rad it is, how good the photos are, etc. Some people do zines consistently and send them to me, but I can’t review every one. Some people send one and expect a review, and get pissed if I don’t write it up. But there’s really only room for about 40-50 zines a year in the mag. So to all those who didn’t make it, sorry. Keep plugging away. I try to write positive reviews, but if something is so egregiously bad I’ll give ‘em some ribbing. Misnamed tricks is one way I’ll poke fun at you or obvious bails. And I’ll review the odd non-skate zine if I think it deserves a mention.

Do you have some favorites from over the years?
There are so many I could name and so many I’ve likely forgotten: Thing Bad, Bad Egg, Low Card is always killer but they stopped sending them to me, Levil Uniform, Fluke. A lot of the zines that got me inspired early on came out of Seattle: Be Beebe’s Grind and Plus-X (RIP Ben), Nels Grevstad’s Escape, Pat Quirke’s zines (Hipper, the Boz, so many others), Alan Collins’ the Real, Skate Fate and Swank come to mind. Bill Daniel’s Fuck You Glen E Friedman, Skate My Mattress, by these girls out of Seattle, was hilarious. Some of the non-skating ones includes Ten Things Jesus Wants You to Know, a killer punk zine. Titty City. Phil Jackson’s Borderline Retarded and Brad Westcott’s Over and Out. Cometbus is probably my favorite punk fanzine of all time—Aaron is an amazing writer who speaks a universal language of punk-rock experience.

Describe what you think the appeal is of giving and receiving zines.
Tangibility: you can take one to the shitter and flip through it. It’s nice to be able to hold something. Documentation: it’s cool to see different people in different scenes at different times. Creativity: just cutting and pasting and writing and riffing and shooting photos. Trading is cool because you get to see what’s up elsewhere, see what other people are into. It’s rad to get something in the mail. People make fun of me for making fun of zines that don’t have addresses, but seriously—you did a print zine, and you didn’t give anyone a way to contact you to get another issue? It’s nice to know some shit isn’t on the Internet, right?

What advice would you give to someone who wants to make a zine?
It ain’t fucking rocket science; just go for it. Figure an angle: artistic, documentation, totally fucked up? Just try to have something to say. Read other zines. It doesn’t have to be perfect, but maybe not completely shitty either. Start with a point and shoot (I did) or cell-phone camera. Spend some time at Kinko’s.

You’re one of the few guys in skating with a PhD. Any insights into skating, doctor?
I wrote two articles around the late 1990s for Thrasher called “To Classify is to Control” and “Subvert the Dominant Paradigm.” I see those cited in academic articles about skating, and have even run into people who have cited them or know other articles that have. That’s pretty funny. DIY is a revolution in skating and is killer. Parks are really a method of control—I skate ‘em too, but you gotta hunt the streets and backyards too. Despite a tough past two years riddled with injury after injury, I’m back skating again and am just psyched to roll pools and other spots. Keeping it fun is the only way to keep it fun. And as Sloppy Sam says, “Sometimes skateboarding involves not skateboarding.” 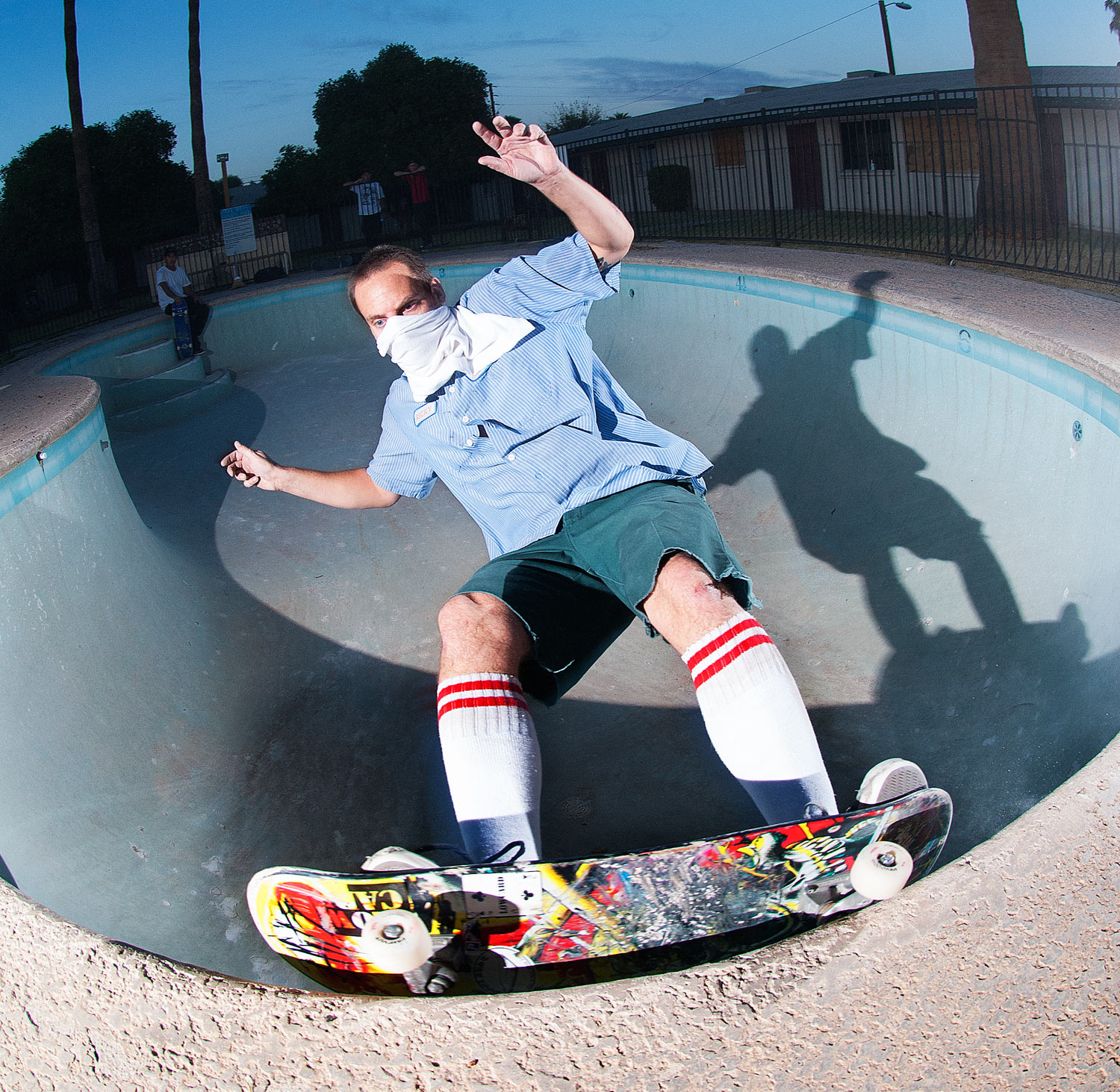