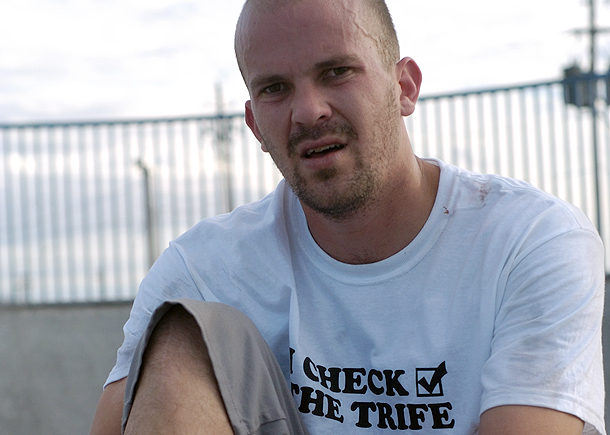 Recently, I had the pleasure of meeting and traveling with Alex Horn due to mutual friends and the love of the shred. We just got back from a two-week stint in Oregon. Navarrette told me that ol’ A Horn once spent his whole per diem check ($900) on $.99-cent increments of candy. I don’t doubt it. Alex rules, and to watch him skate makes you understand the difference between those who have style and those who don’t.

How did you get the nickname Cranston?
I guess it was from the first 88 road trip. We went to some indoor go-cart racing a bit hammered and somehow Peter, Neil and I had some fake names for the race. I was this dude Senator Allen Cranston, Peter was Senator Peter Ueberroth, and I think Neil was Dean Starr. So after that night those guy's started calling me Senator Cranston, then it just got dropped to Cranston. I believe that is how it started. We were just getting loaded and those names spawned, I guess.
So what’s up with the revamp of Creature?
Frankenstein Zion?

Who is on the team?
Navarrette, Partanen, Shaggy, Cody Boat, Josh Perkins, Alex Perelson, Baby Sad Eyes, Joker, Little Chewy, and more I think.
When can we see Creature decks on the walls of skateshops?
I think right after the tradeshow, but I am not the guy to talk to about that. Darren knows more.

Who are you sponsors?
Creature, Vox shoes, Indy flow, Pacific Drive skateshop. (Thanks to all of you for everything!)

Out of all the parks you went to on your recent tour, which one was your favorite?
I had a lot of fun at Westminster, CO, and this other one in Buhl, Idaho. There are a lot of fun parks being built right now it seems. I'm hyped. 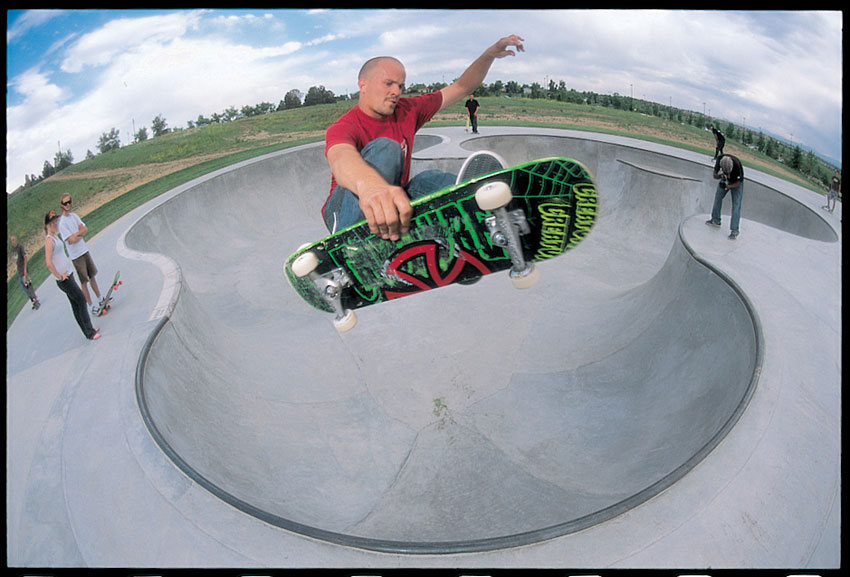 Talk about the Orcas Challenge?
The ol’ Orcas Challenge, let’s see, it was late and someone was talking about swimming out to this buoy and back for 100 bucks. I butted in like "I’ll do it right now for a 100 bucks." It didn't apply to me because they were talking to someone else, but Mumford said he had $50, and $20 or $30 more dollars got scrounged up so it was on. I was in the lake earlier and that water was a lot warmer, so I was thinking it was okay, so I jumped in was went full speed. After a little bit I realized my lung capacity was fading fast so I U-turned and made it back feeling lightheaded, but was I fine. The ocean water was way colder than I thoughtit was going to be so I bagged a possible drowning for 80 bucks, basically.

How many brews do you think P-Stone drank on your trip?
I just asked Darren about it and we came to a humble conclusion that it was in the range of maybe 275 brews in a two week spread. P-stone can drink super good and still maintain. He rules.
What was gnarlier, swimming at Orcas at night or crashing into Red on motorbikes?
I would have to say the near mangle at Red's zone, just because I didn't really know what was happening when we crossed paths. I just heard a bike coming from somewhere and the next thing you know we almost T-boned but got out clean enough. My leg got caught up a little but that's it.

What kind of stuff did you listen to on tour in the van?
Everyone had CDs and there was an iPod or two so we had some different stuff. Some GG Allin, Gism, Jerky Boys, Crank Yankers. I got harshed a lot for putting on lots of reggae tracks but we had a bunch of stuff to get it going.

Top five shredders out there that get you stoked?
Jimmy Acosta, Neil Blender, Lance Mountain, Dan Drehobl, John Cardiel, Steve Bailey, and most of all the Hesh Crew. You said five but I had to put in a few more. Oh yeah, Jason Jesse!

You got a funny Navarrette experience to share?
Every time he drinks tequila I think would be the answer. 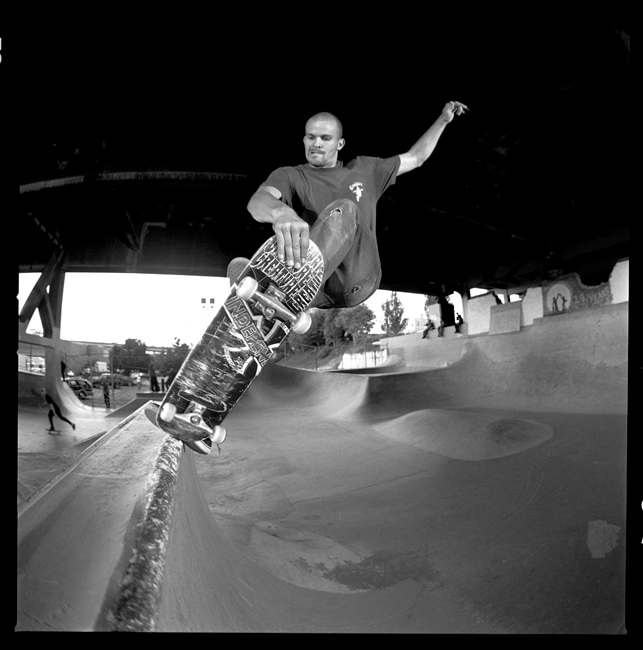 P-Stone said to ask you about your recent Peru trip?
Oh yes. I love Peru; I want to see more of South America soon. I was talking with P-stone and Hewitt about heading to Ecuador to skate Quito and then to Machu Picchu to chill out for a bit, but those guy's had other stuff going on so we went on our own missions. Preston went to Israel, I split on my mission, and Pete was…wherever he was. I spent about a month down there just seeing a lot of cultural zones, taking it easy, took a five-day mission to Machu Picchu, and was completely destroyed afterwards. It was such a steep and savage climb I was struggling to walk for the next couple days. The Inca Trail is really heavy but insanely worth it. Long, long story short; I barely made it back with my only pair of shoes, pants, boxers, one shirt, one sock, one dollar—literally—and all my bags filled with random Peruvian trinkets and gifts for my friends and family and another makeshift suitcase from cardboard that was like five-feet long packed to the jimmy with ponchos, a killer antique six shooter, and just real random stuff from the Witch's Market like a dried up Llama fetus for good luck…? So that was part of the trip and I had an insane time. If you can pull it you should try to check it out some time.

What are your future plans?
I think I am just going to go on as many skate trips as possible with Darren. We are in Portland right now and will be here for another two weeks and hopefully get involved in some upcoming Vox Shoe tours. Basically I just want to keep having fun with the crew and just skate as much as I can while this is all possible. Thanks.