Last weekend I went to Kansas City, MO, for the opening of the “1965 1987 1999” art show at Escapist skateshop. Those dates refer to the year that each of the participating artists started skating—Tim Kerr: 1965, Me: 1987 and Henry Jones: 1999. Three skaters from different generations coming together to celebrate art and ‘boarding—that’s what this show was all about. Were we successful? You tell us. —Michael Sieben 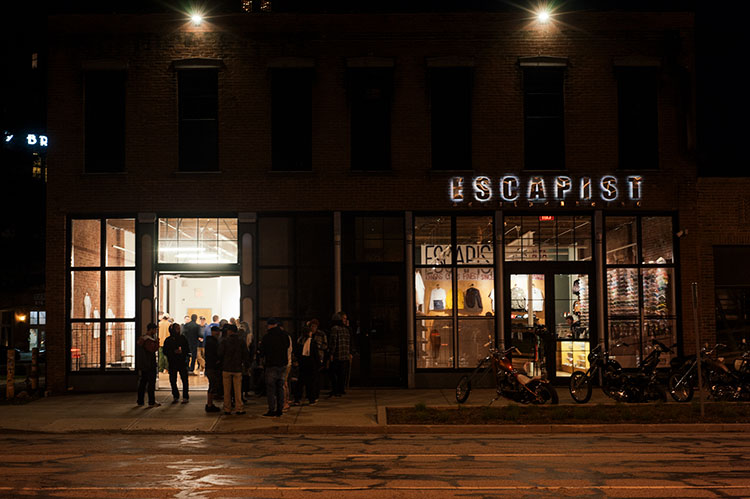 Doors open at 7 PM. Bring your motorcycle if you got one 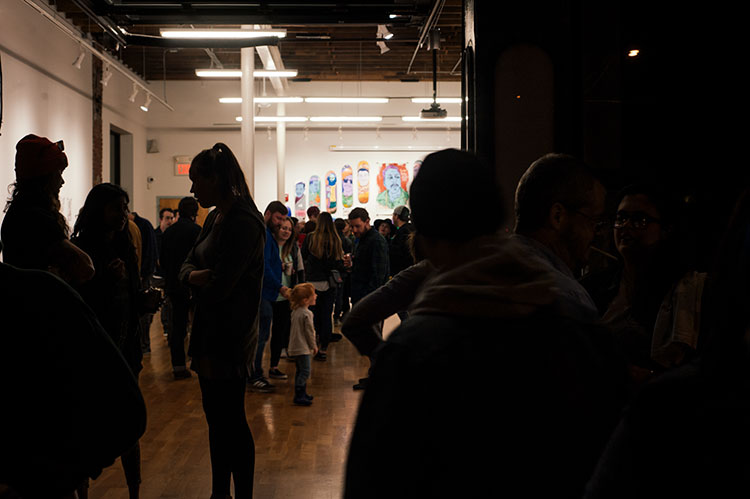 Gotta let your eyes adjust to the light 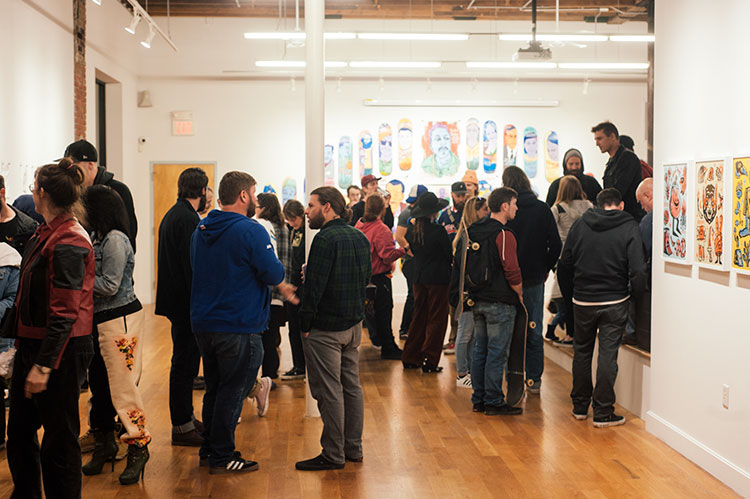 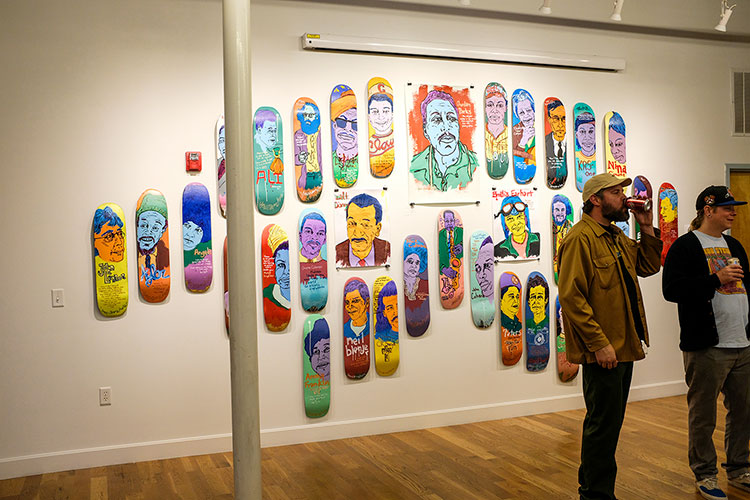 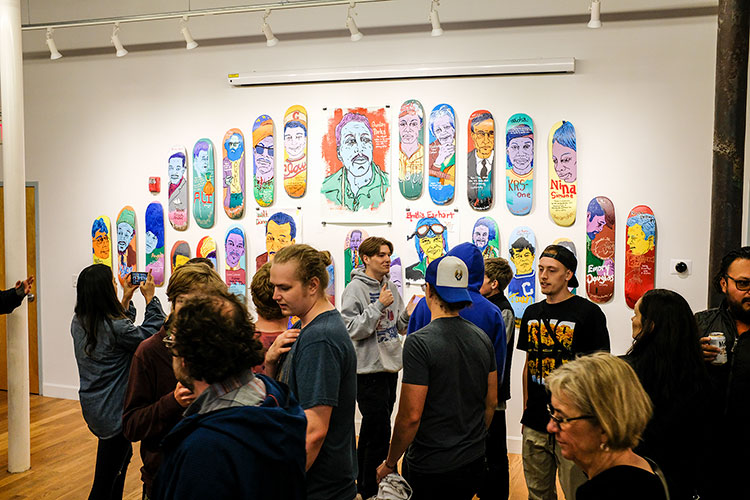 Tim is one of the most prolific artists I know. Which kinda sucks because it’s a constant reminder of how lazy I am 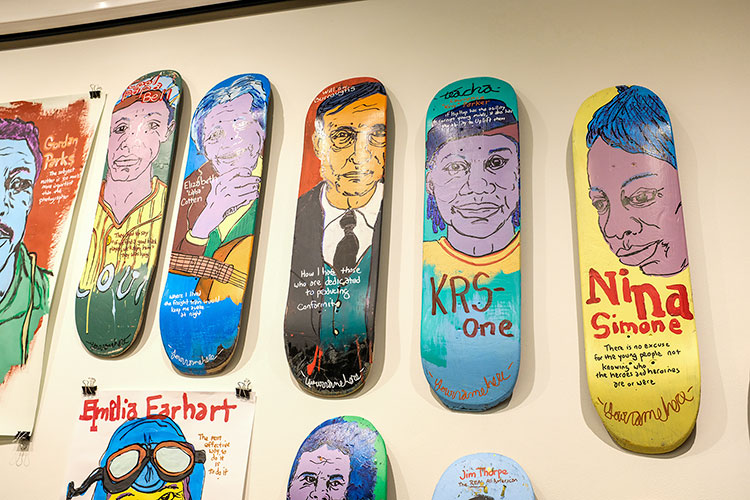 In need of some inspiration? Just dig into Tim’s work 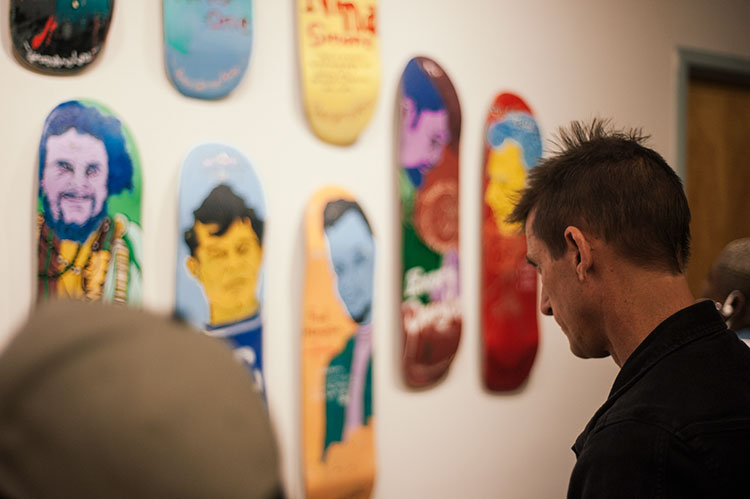 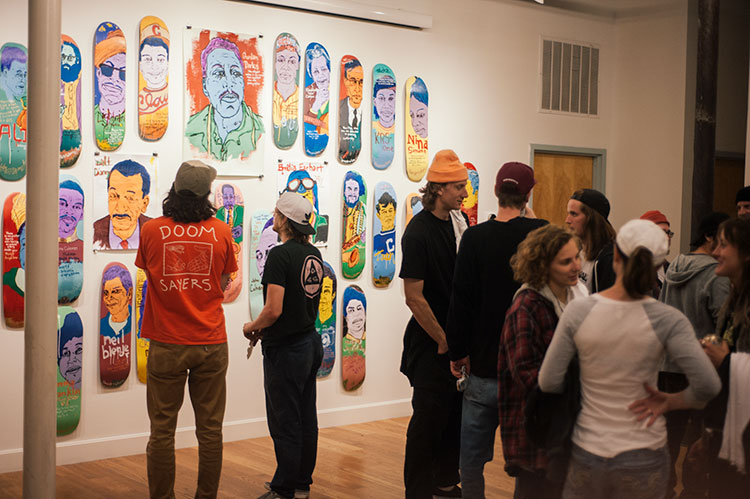 Even the doomsayers welcomed Tim’s work to KC 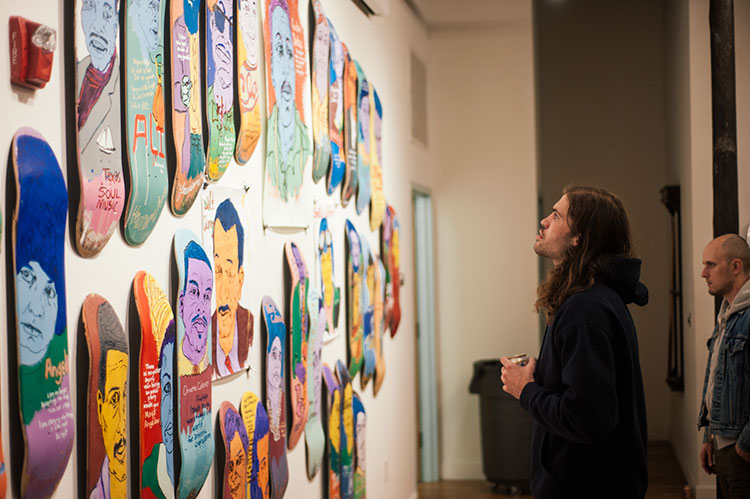 Henry Jones, letting it all sink in… 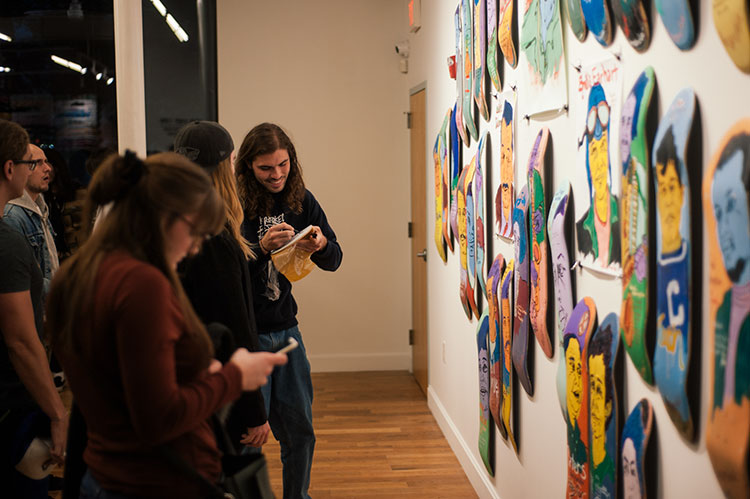 …and never too busy to sign a memento for the people 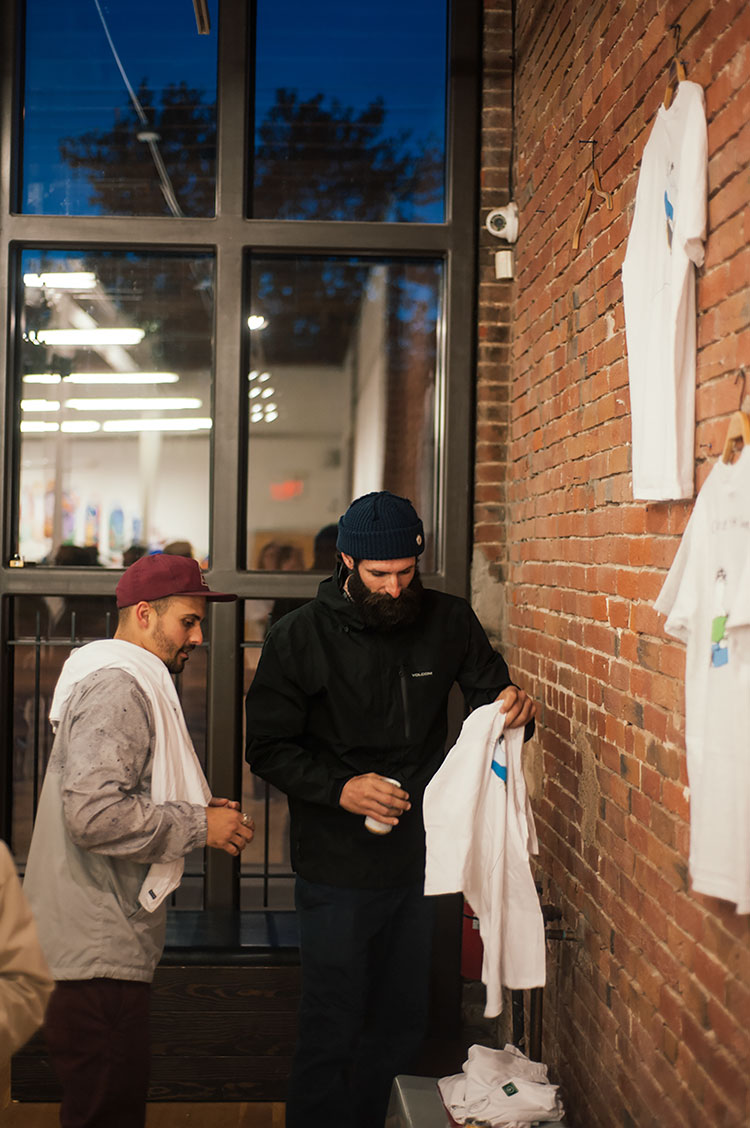 Speaking of HJ, the first 60 people through the door got a free Henry Jones X Volcom t-shirt.  Dillon Aguilar and David Nook got there while the gettin’ was good 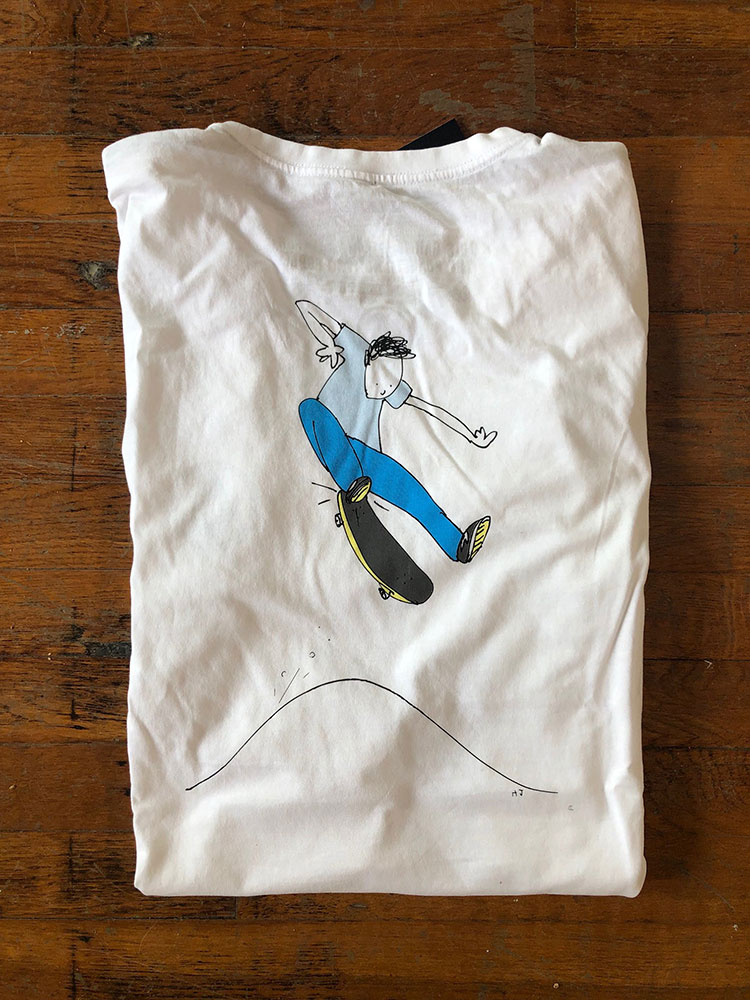 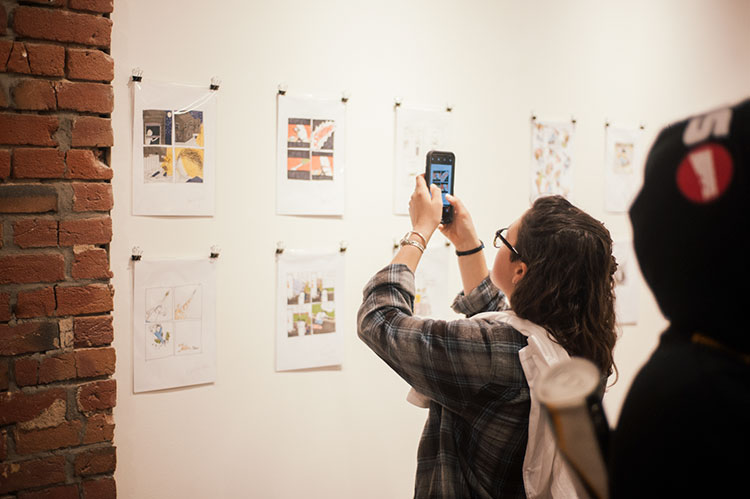 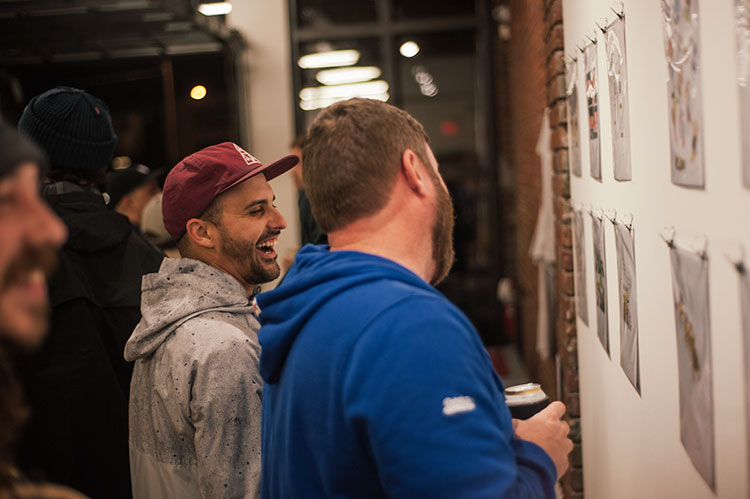 Henry’s work never fails to elicit the LOLs. Dillon Aguilar and Scott Walters can attest to that 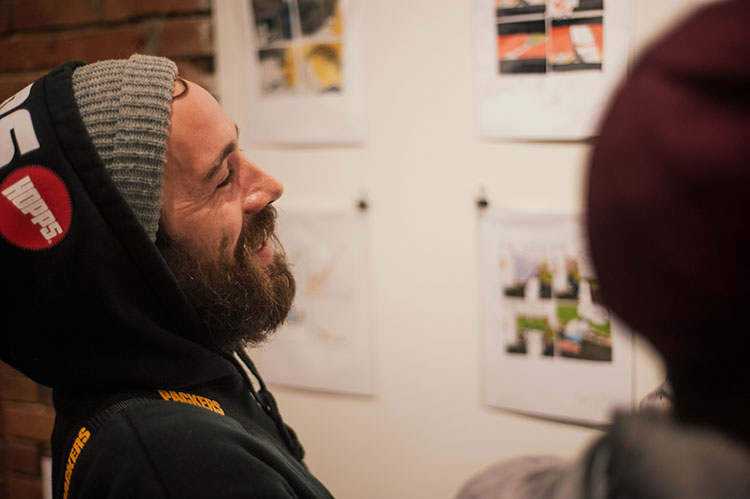 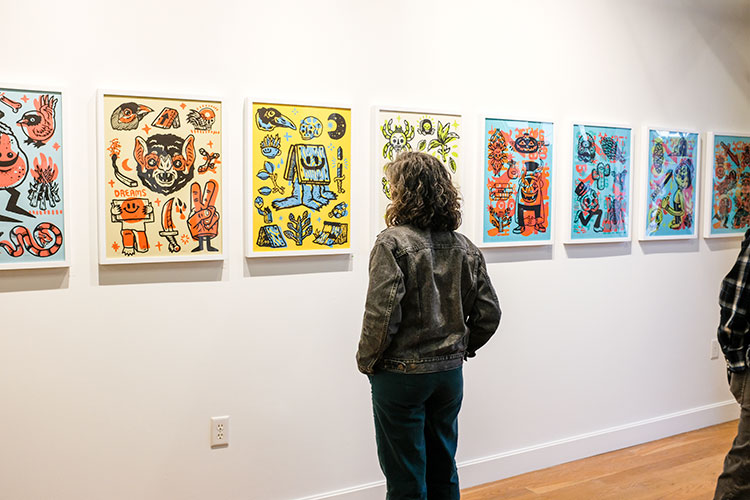 I, too, had some work in the show 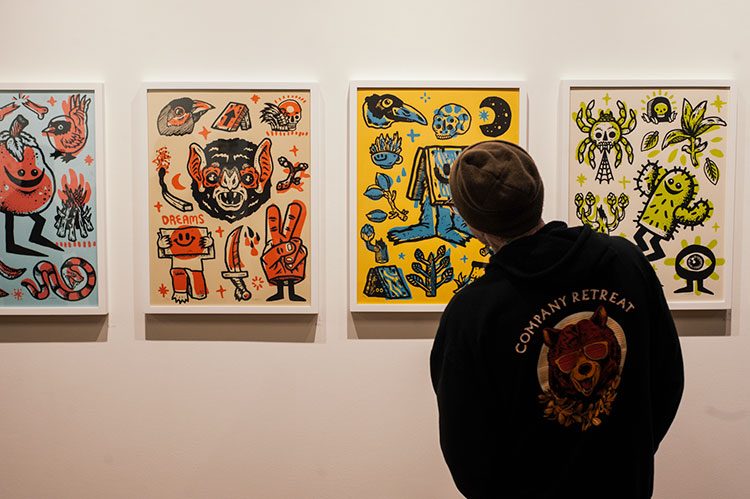 “Hmm… just as I suspected: more skulls and ramps and shit…” 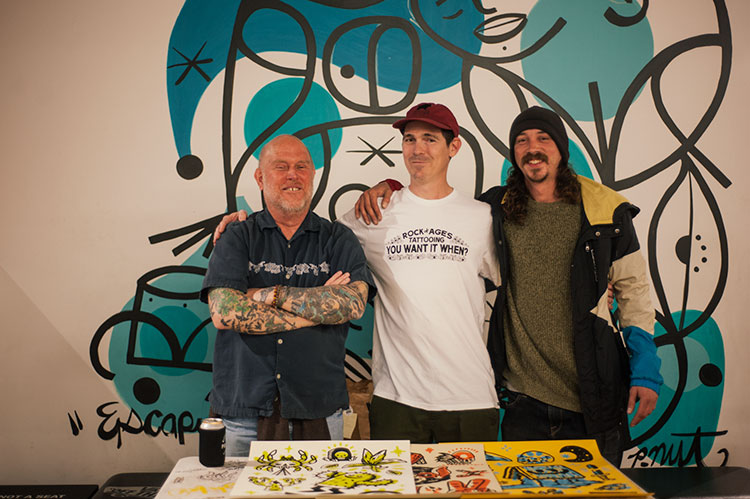 I’m the dork in the middle flanked by Tim Kerr and Ryan Pearce. Ever seen this part? Still holds up. Also, that’s not Tim’s beer. Don’t stress, ‘edgers 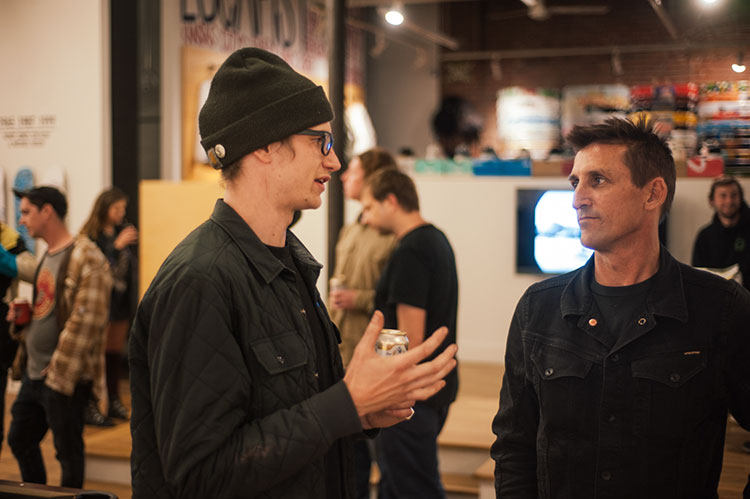 I imagine the conversation going something like this: “So, a seatbelt is when you grab the tail with which hand?” Thomas Minor and Remy chat it up 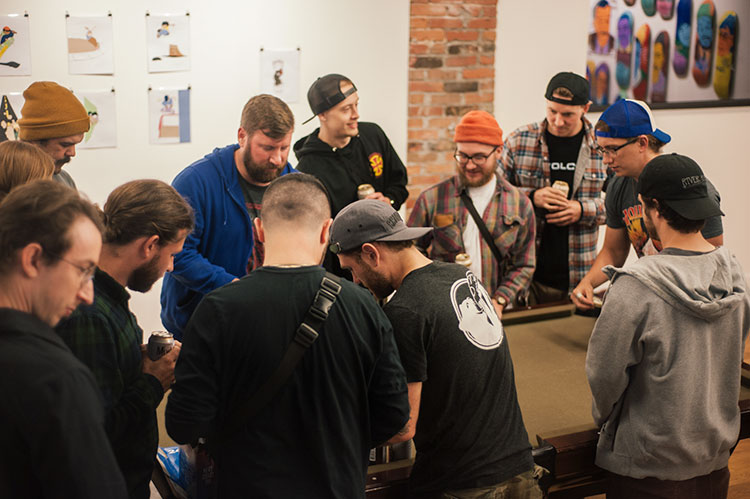 Near the end of the evening, there was a commotion surrounding the pool table 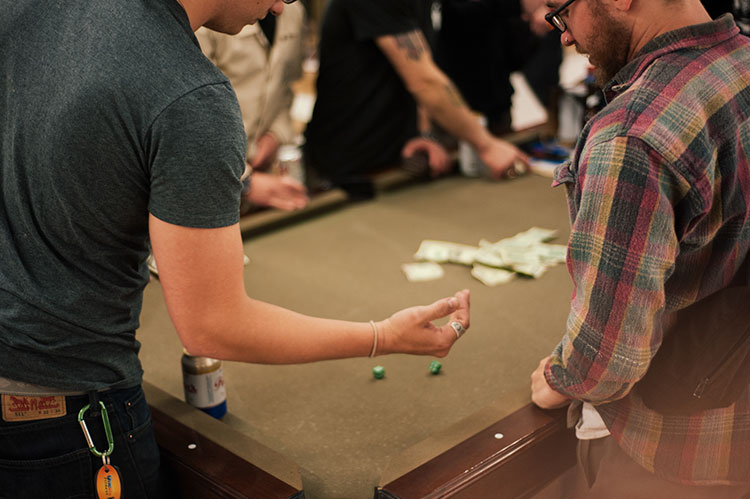 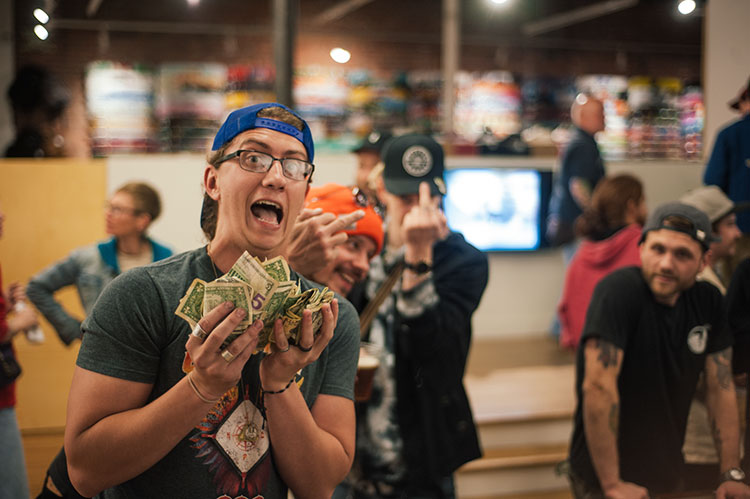 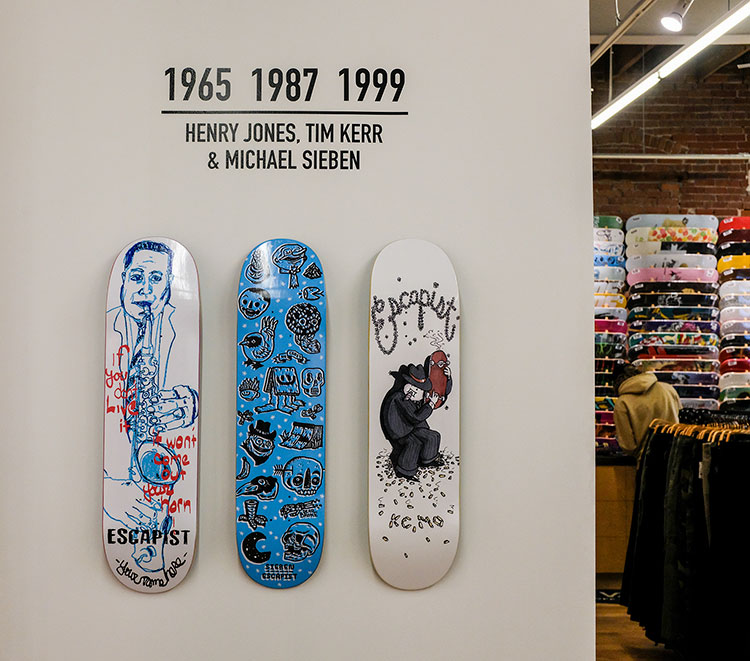 Did I mention each of us designed a shop deck for the event? No? Well, I swear we did. Left to right: Tim, Me, HJ. Hit up Escapist if you’re in the market 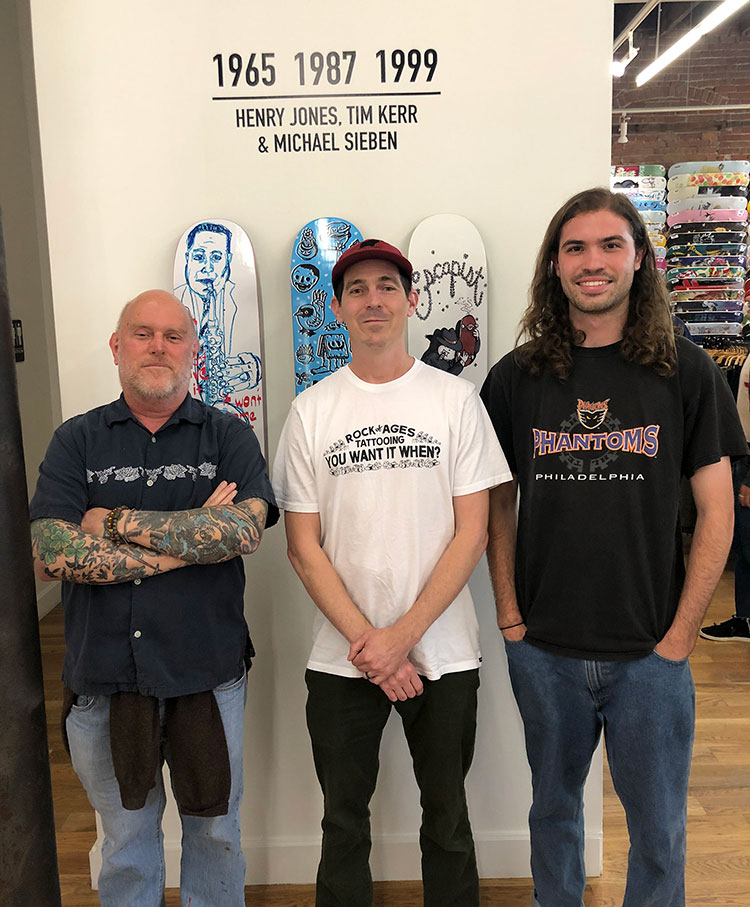 Three skateboarders of varying degrees of age, making art, meeting new friends, participating in a greater conversation. There’s nothing special about any of us. You and your friends can do this exact same thing. Tim signs all of his paintings as “Your Name Here,” for a reason: anybody and everybody can participate. All you gotta do is show up and put in the work. 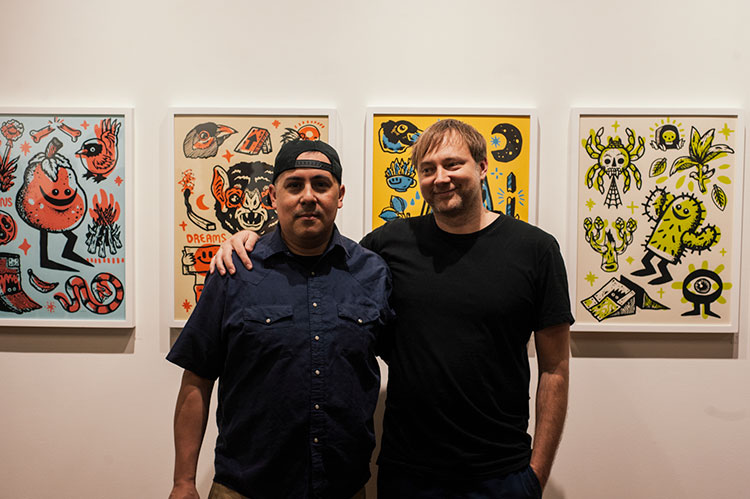 Huge thanks to Nick Owen and Dan Askew for hosting the event and holding down the KC skate scene so hard. As always, support your local shop if you still have one. Also, big thanks to Volcom Skate for sponsoring the event. We get by with a little help from our friends. See you in 2020, Escapist!