2013 Skater of the Year Contender Profiles


Let the debate begin! Here are this year's 12 SOTY semi-finalists. Brush up on their resumes and CAST YOUR VOTE NOW to determine the Top 5. 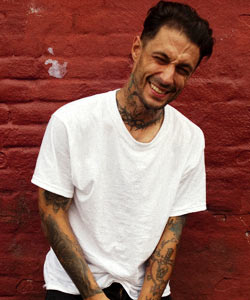 Big moves in 2013: Jim's part in The Deathwish Video showcased a legendary skater at the height of his powers. Traditional hammers (i.e. rails and gaps) shared time with what's becoming the hallmark of the Greco experience - ingenious roof gaps and rig-ups, reboots of fringe 90s maneuvers (darkslides and fastplants) and hella surprises - a fluffy new 70s Mean Streets-inspired hairstyle?! Grecs did everything but barrel jump in this whopper of a video part and his follow-up tricks promoting his new shoe, The Hammer, included what has to be the biggest juker fastplant of all time as well as fakie tre over a table that could have made it into a Koston part.

Indelible image: Fastplanting off the roof of a parking lot hut with the security guards helpless to stop him

Legacy: Jim Greco, he did it HIS way. 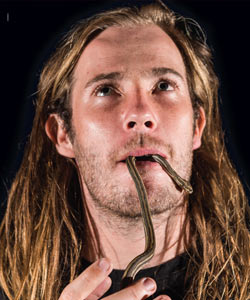 Big Moves in 2013: In an era of large maneuvers, this Australian upstart managed some of the most gigantic. Dane went on a rampage in Cold War leaving no rail ungrinded, no security guard un-bitch slapped and capped it all with, well, you know what he did.

Indelible image: Possibly the craziest Thrasher cover of all time.

Legacy: Did the Leap of Faith, except there was a kinked rail in the way the he had to grind, and then he actually landed it. 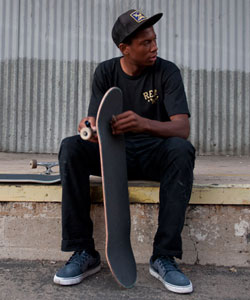 Big Moves in 2013: East Coasters (and their purist brethren) rejoiced at the release of his gritty Fourstar Wair 'N' Tear part, so happy to see Eastern Exposure-style pushing around from such a high-profile rookie of their own. With two more videos coming in short order (Nike Chronicles 2 and a Thrasher bonus part), stacked atop interviews in every magazine, (including his kicky back lip cover of The Bible), Ishod's presence has been as heavy as it's been rabidly received. 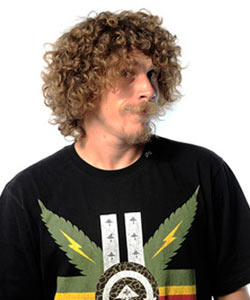 Big Moves in 2013: Though he's been steady shreddin' for years, Tommy's Cold War battle proved him to be one of the gnarliest street skaters to ever jump a stack. Punishing maneuvers performed with powerful grace and style, Sandoval is gnar-gnar refined. If frontside flipping a 20 stair wasn't enough he's also probably the only pro skater alive who wouldn't (and didn't), leave a session after getting his eyeballs maced, (as seen in Road Less Traveled).

Indelible image: The biggest frontside flip of all time. 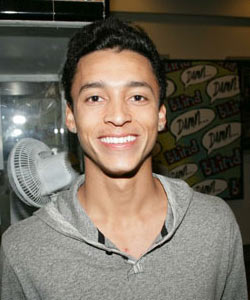 Big Moves in 2013: Nyjah had several NBDs (blizzard flip lip, kickflip front hurricane, etc.), biggest evers (nosegrind, front blunt) and and he's even a humble enough dude to apologize when he accidentally hurts someone's feelings, (you're welcome, sheboarders). Add in an untouchable contest record, a killer cover and you've got, statistically, the best skater on the planet. Oh yeah, and his Thrasher part comes out on the 27th. Bumbaclot!

Legacy: Can't wait to find out! 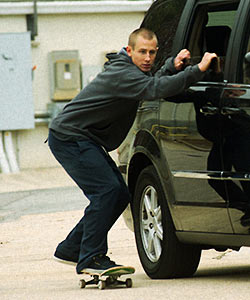 Big Moves in 2013: Emerica's Made saw Westgate returning to the streets of SF to put the final nail in the coffin at that old lady's house before cruising the U.S. - ollieing and flipping his way up, over and onto ever more gigantic obstacles including a neck-high natty euro gap and that hellacious three flip flyover. 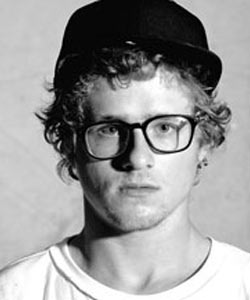 Big Moves in 2013: While many of his tranny-skating contemporaries are content to be three-trick ponies (read: shitty judos, FSAs and saran wraps), Raybourn's Bones and Raybourn Identity parts saw his bag of tricks bulge to the breaking point as he battered backyard pools, monster parks and even the streets with his trademark scrappy-do style. Fakie 540s in dusty kidneys, casually crushing every contest and leading his underdog Birdhouse team to a tidy King of the Road victory add up to a huge year for this four-eyed warrior.

Legacy: Texas is the reason. 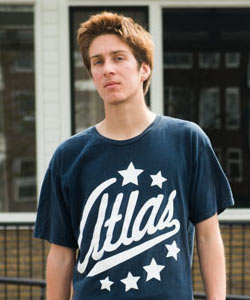 Big Moves in 2013: With the magical tricks the kids love performed on the urban landscape (i.e. not Southern California), the older crowd goes gaga for, every nugget of Suciu footage released this year was gobbled up by the blog-o-sphere with uncharacteristic relish. With a reported 15+ minutes of stellar clips being chopped up for his forthcoming Search the Horizon Habitat part (out this Xmas), look for 2014 to be all about fashionable haircuts, moving East and pretzel reverts.

Indelible image: All those tricks you had to rewind to figure out.

Legacy: A classy kind of tech. 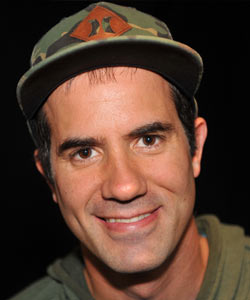 Big Moves in 2013: With his Dreamland part Bob jettisoned deeper into the wormhole of his twisted imagination - insane terrain meets Creed meets ambidextrous dexterity unrivaled - and he's got a fuckin' helicopter! 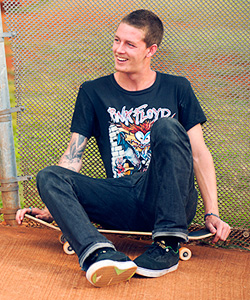 Big Moves in 2013: A street dog born to fly, Spider's senses were tingling all through his Made part as he 180ed that double-trouble handicap bump (for the cover), worked bank to bars like they were quarterpipes, barreled in and out of epic ditches then capped it all with a frontside flip blastoff over a full-sized fence. 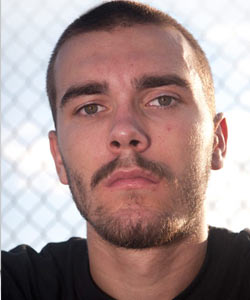 Big Moves in 2013: In a field chockers with incredible ams, Walker distinguished himself via Ambig's Modern Art  by searching harder to find cool spots, (Oklahoma), going faster than he needed to at all times, (seriously hauling balls the entire part), and mixing the hot tricks de jour with some serious wild hairs (ollie body varial the La Jolla triple, anyone?) Add to that a Thrasher cover, turning pro for Birdhouse and winning the King of the Road with a broken collar bone (which he kept secret from his team, lest they consider not taking him), and you've got one hell of a rookie year.

Indelible image: That crazy drop-drop kinker (that only Danny Way tried before him) 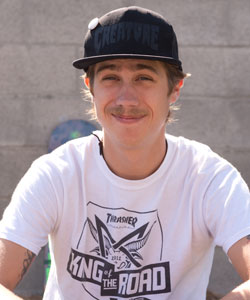 Home: Portland, OR (via Issaquah, WA)

Big Moves in 2013: He finally got his Thrasher cover and a King of the Road victory (as a Mystery Guest), so you'd think Gravette would be satisfied. Judging by the amount of temper tantrums(bookending the crazy kinkers, ditches and skatepark spinners), in his CSFU part, such a thing is probably impossible.