CELEBRATING 303’S 22ND YEAR IN OPERATION AND FOLLOWING UP OUR VOL. 1 VIDEO, we spent the last 12 months in the trenches making Vol. 2. Going in, we had only two objectives: film in Colorado as much as possible and knock out some full parts. The Big Meet Up in New Mexico was the only trip we were able to take. Raver, our close friend and tour guide, made the trek in his beat up Camry, charging through rugged trails to a remote camping destination in the mountains. On the way out, he drove headfirst into a berm, nearly sending all of us flying out of the windows of the car. The vehicle seemed done for but Raver miraculously started it and got it off the side of the mountain. The dude was something else! Unfortunately, Raver lost his life shortly after our adventures in Albuquerque. This film is dedicated in part to his memory. —Coburn Huff 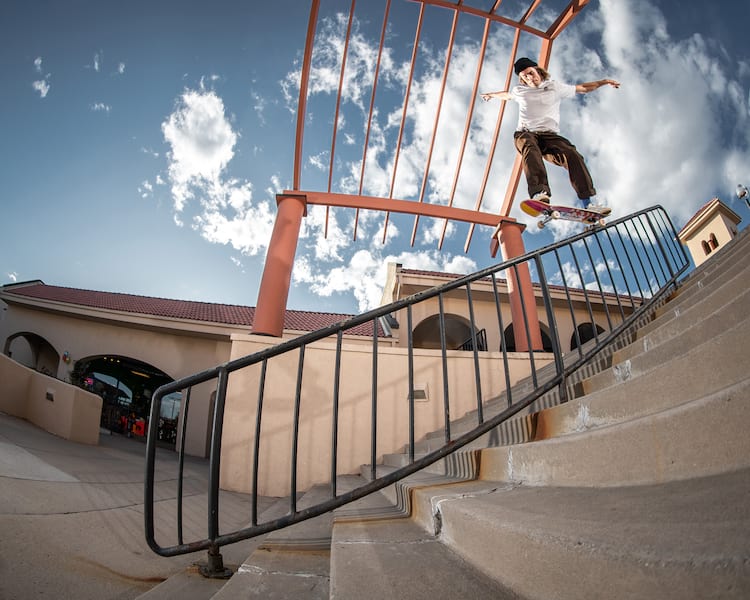 Setting the stage for heavy things to come, Alex Gould gets a backside 5-0 on the BA rail     Photo: Huff 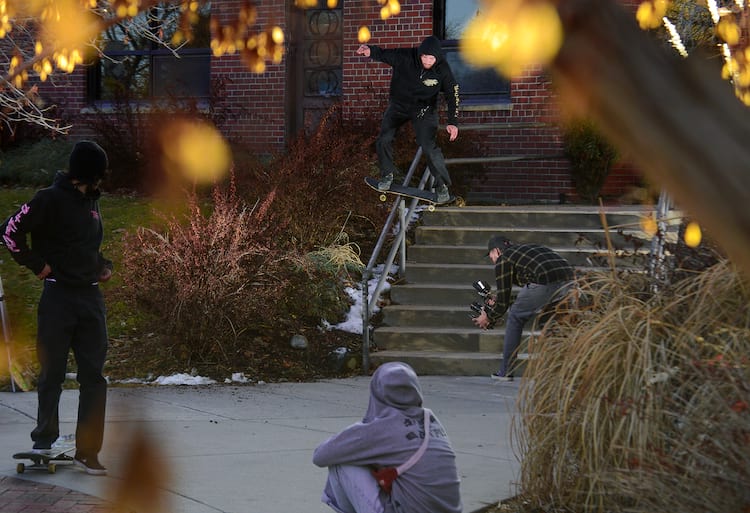 We broke the first skate stopper on this rail, but the second one wouldn’t budge. Dan Khamov slipped a boardslide past it anyway       Photo: Dirty Tom 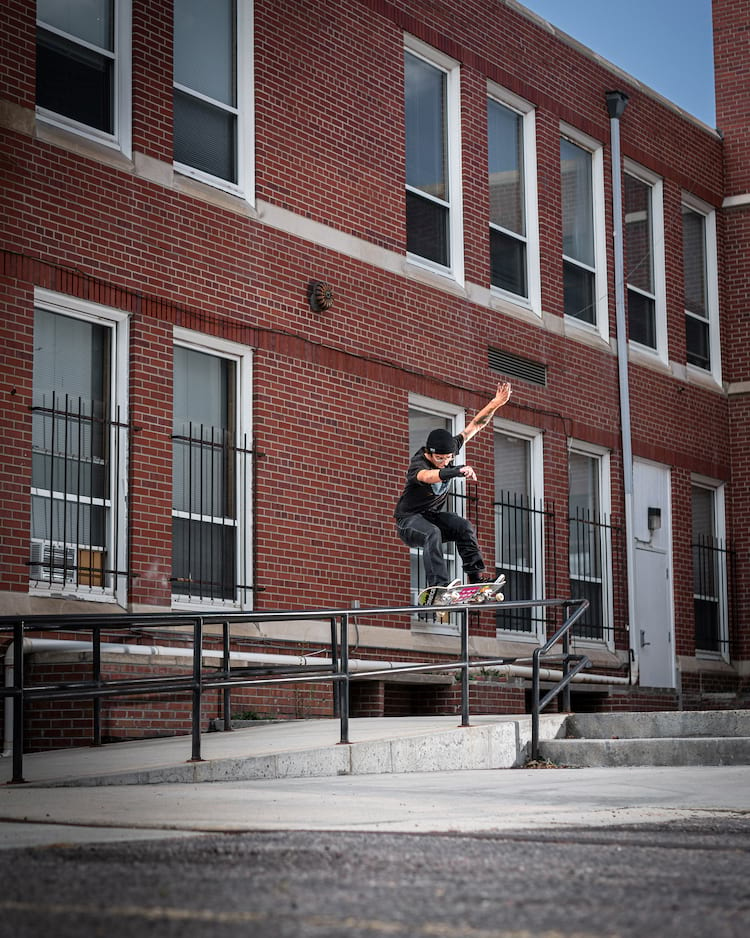 Devin Bagnoli kept the rail train chugging along with this waist-high 50-50     Photo: Huff 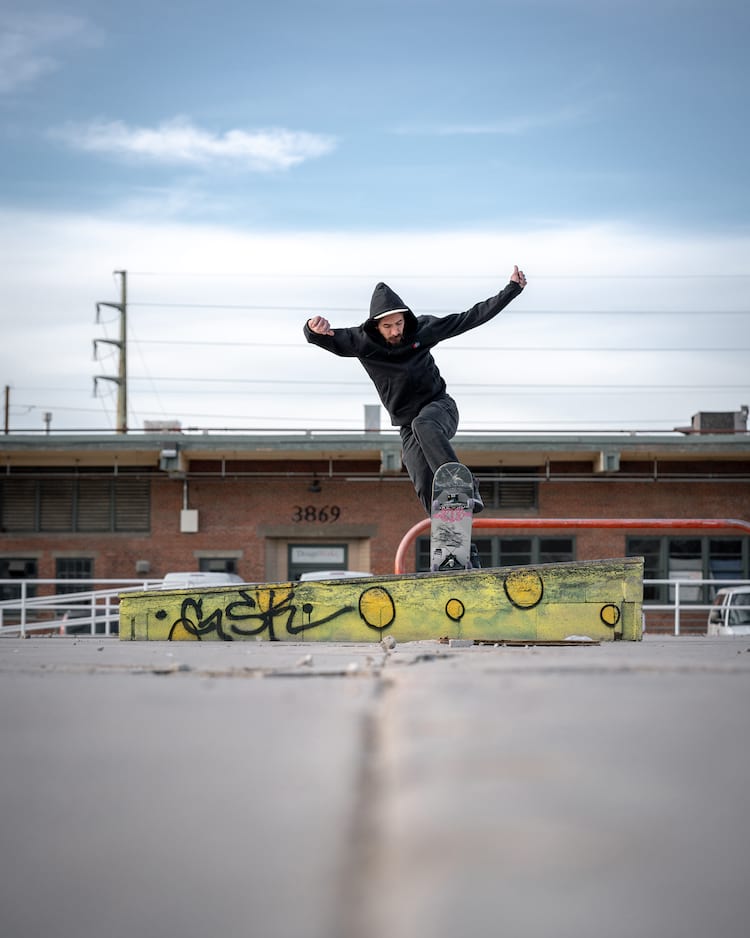 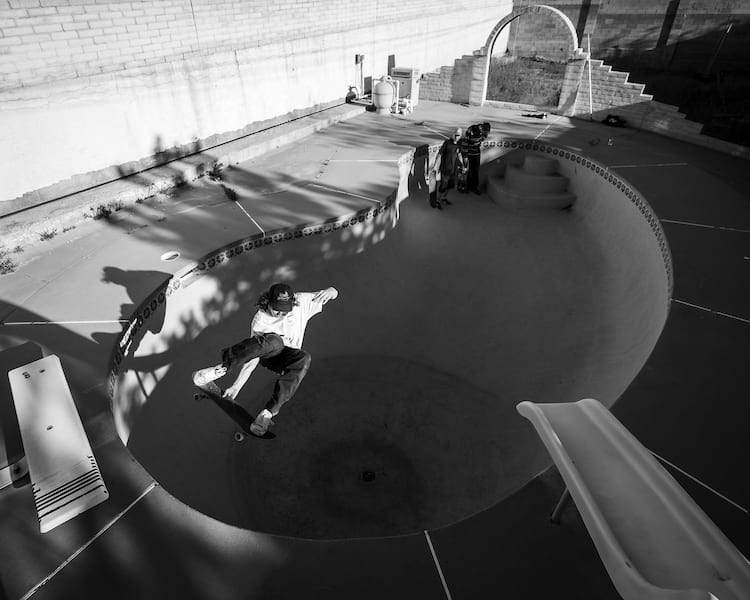 Raver took us here, so Jaeson Mazanares knew it was FFFFFTTTTYYYYAAAAHHHH time! Full-commitment stalefish before the cops could show up      Photo: Huff 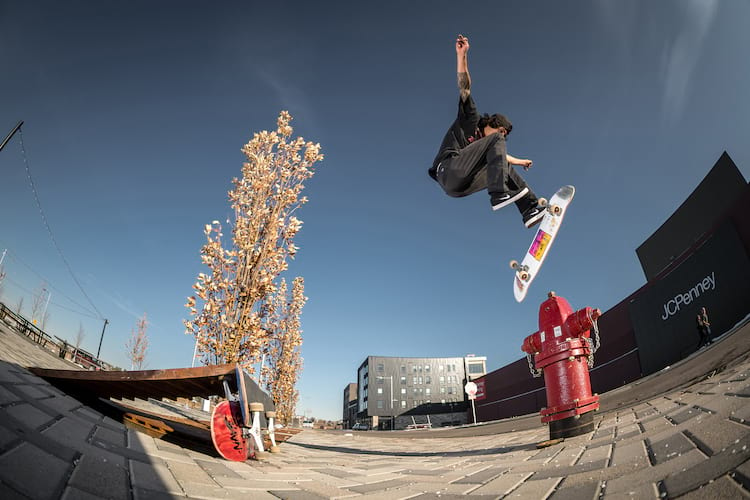 John Herrera served up a tasty 360 flip before this spot got blown out. Happens to the best of 'em     Photo: Huff 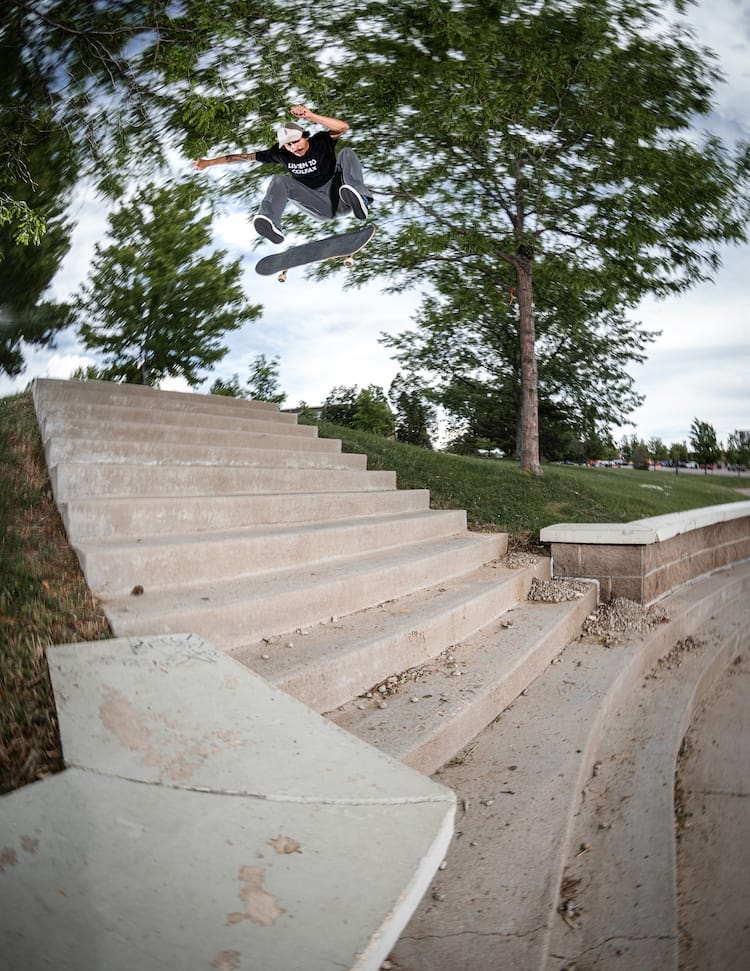 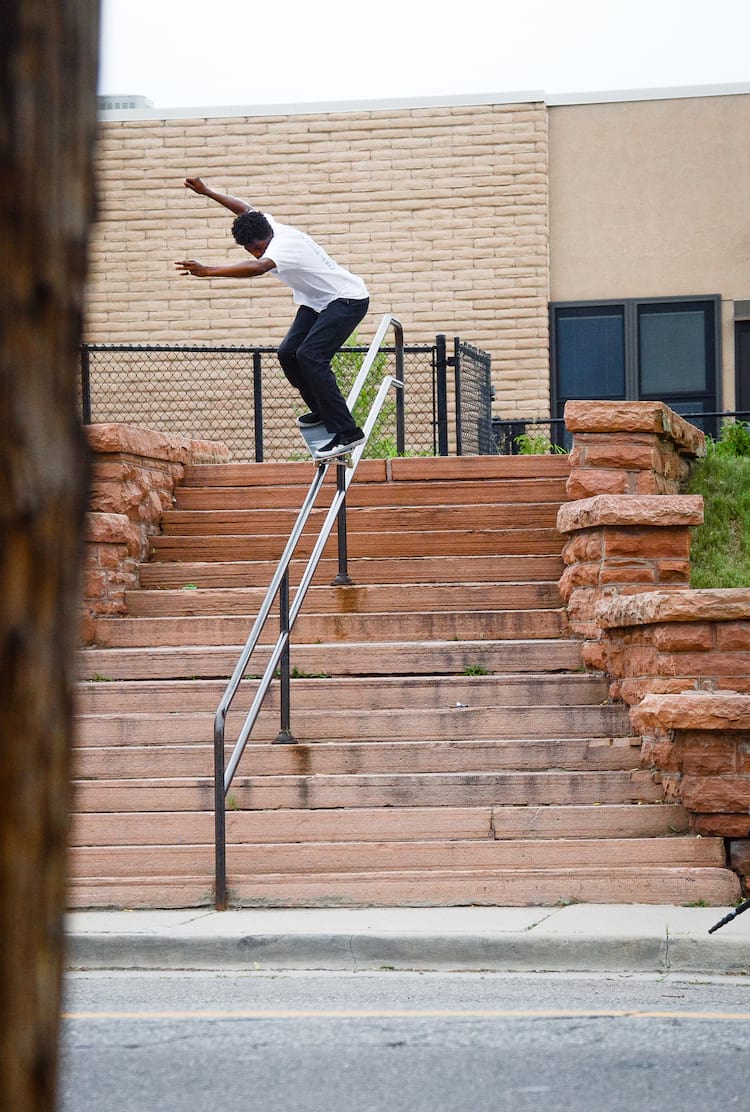 While out on a solo film session, Michael Matlock said, “Bondo that crack and it’s a go.” He was right. A quick trip to the hardware store and Momo took it down and out to the street, no problem     Photo: Dirty Tom 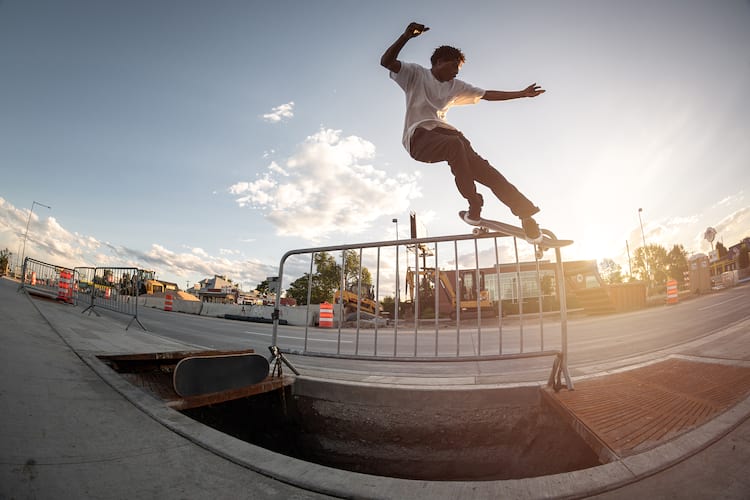 With the golden hour and ratchet straps on his side, Momo back Smiths a spot that only lasted about as long as the sunset     Photo : Huff 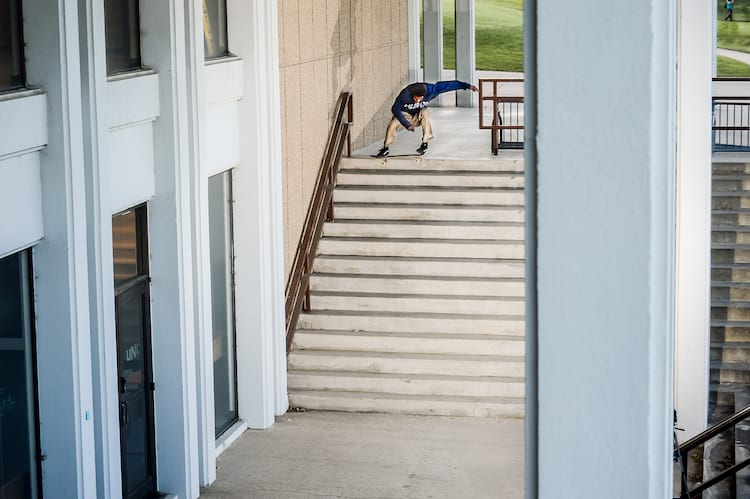 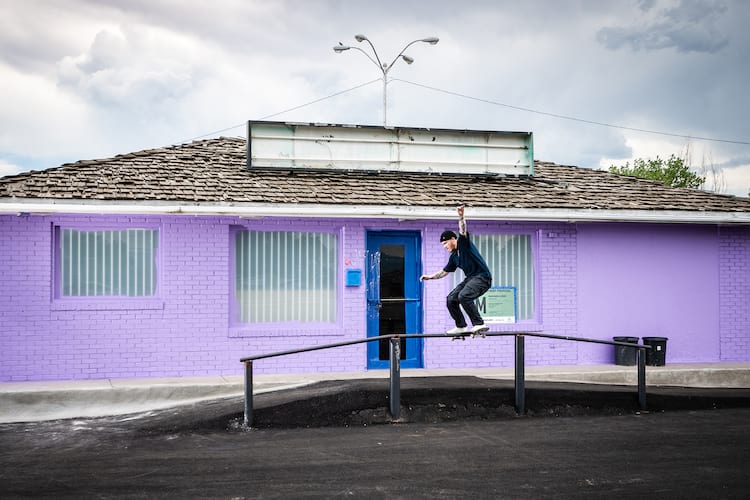 Freshly-paved asphalt and a bright purple paint job was all Trevor Theriault needed to take this boardslide up and over. Soon after, this became another weed shop with psychedelic murals covering the outside. Trip on that     Photo : Huff 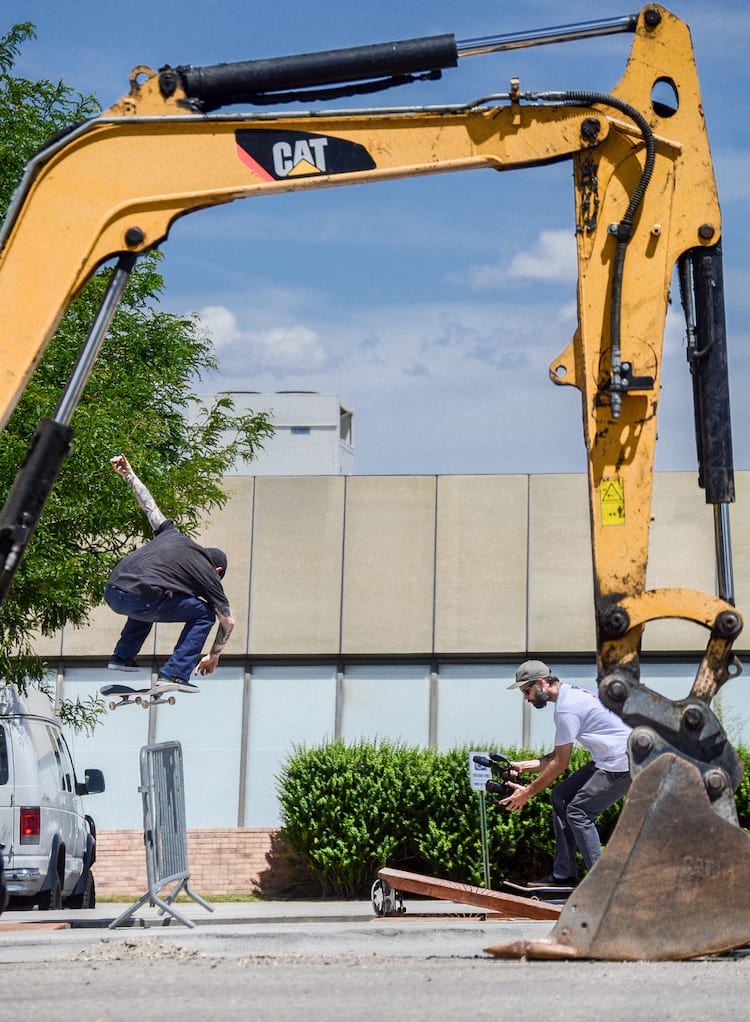 Trevor also had no problem planting this backside flip before the city put in the trees      Photo: Dirty Tom 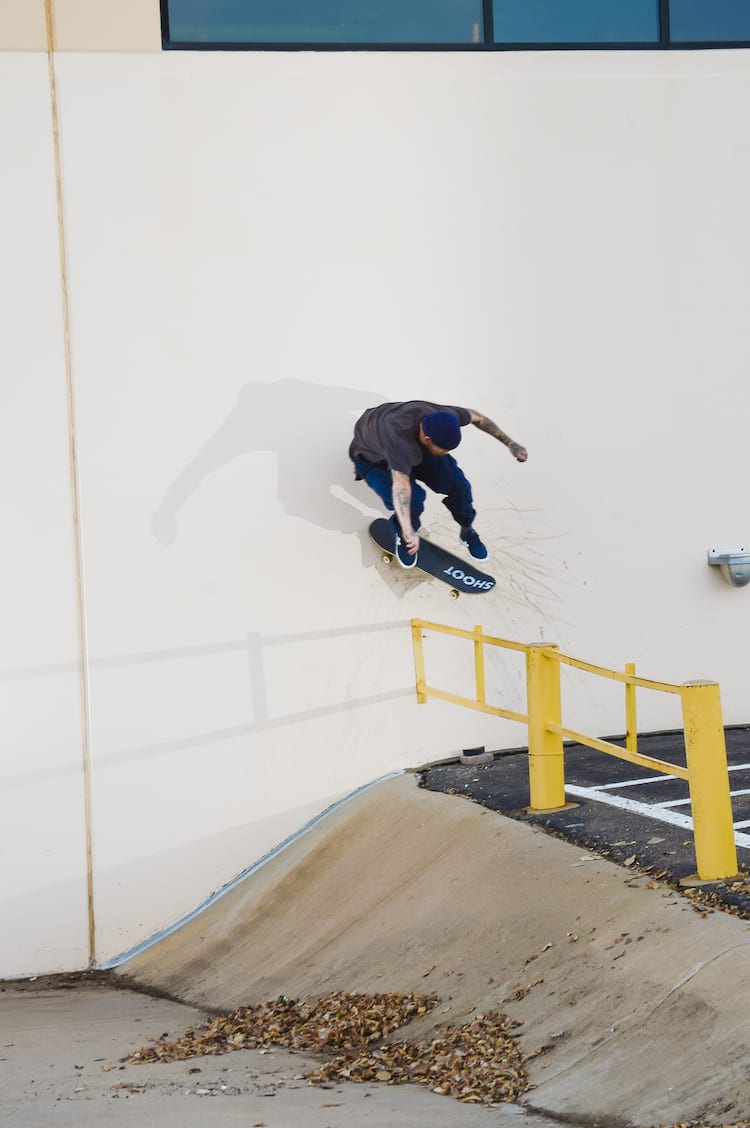 More proof of Trevor's first-class kickflips, this time over the bar to wallride     Photo: Dirty Tom 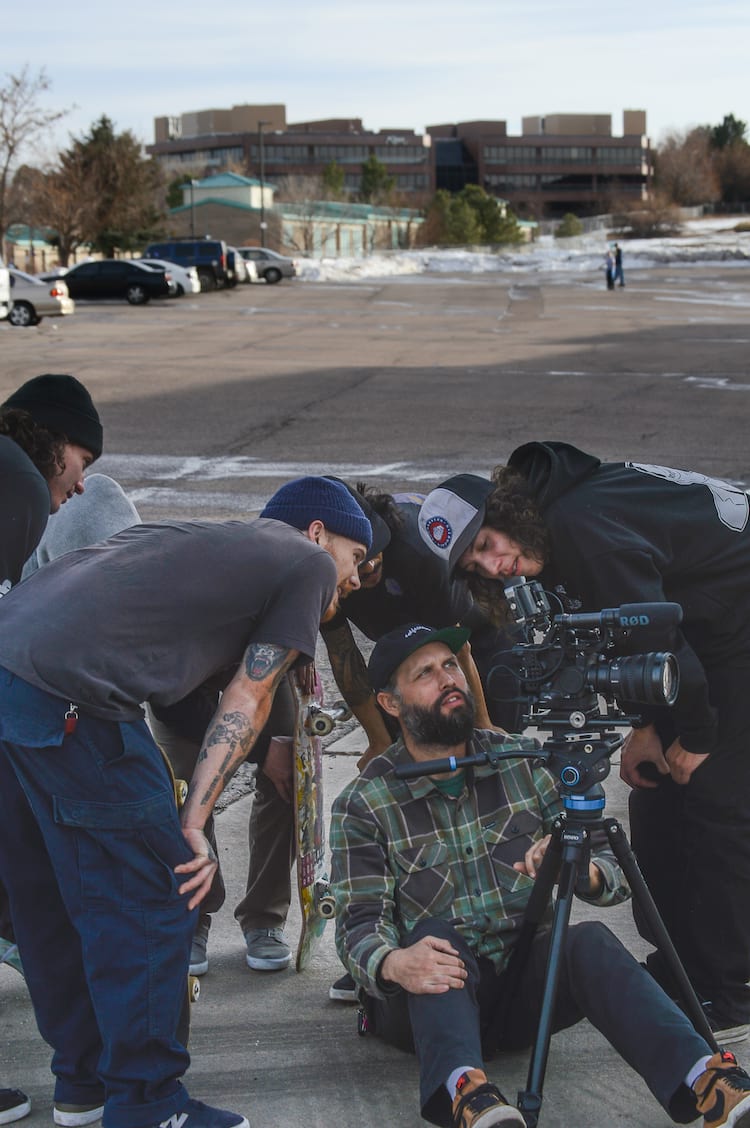 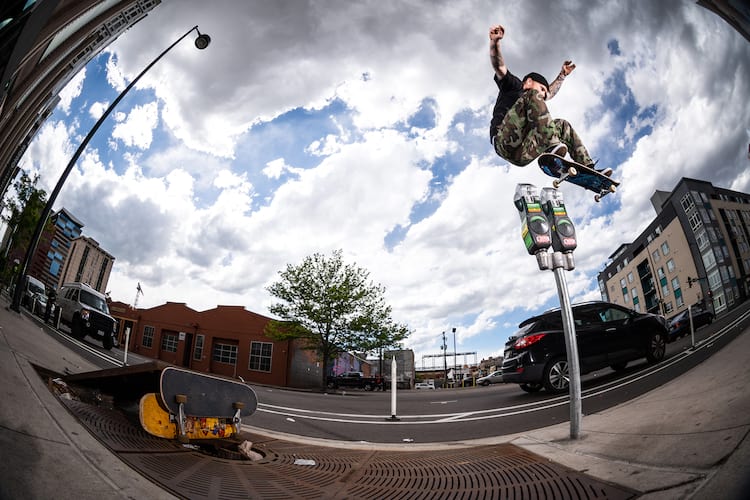 Denver Ted’s is not only home to the best cheesesteaks in Colorado, they also have grate bumps to feed Trevor's meter-jumping hunger     Photo : Huff 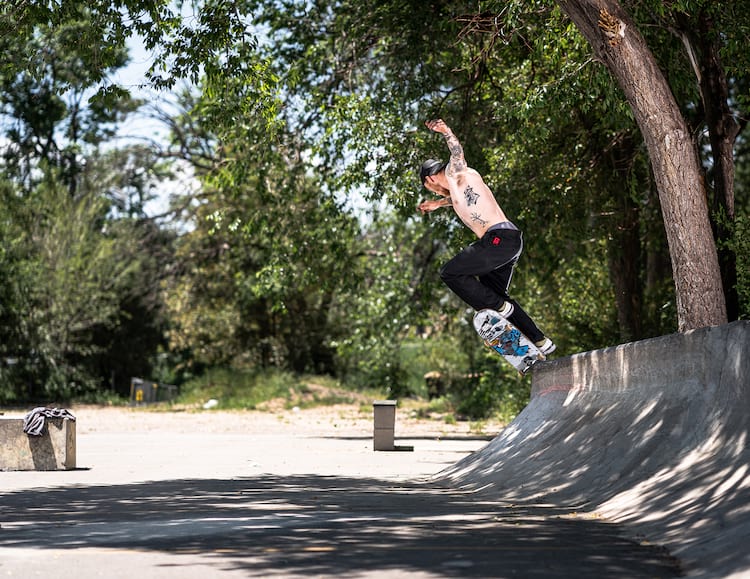 Trevor brings heat in the streets and on the 'crete. Switch crooks in the first days of RPM Barriers DIY      Photo: Huff 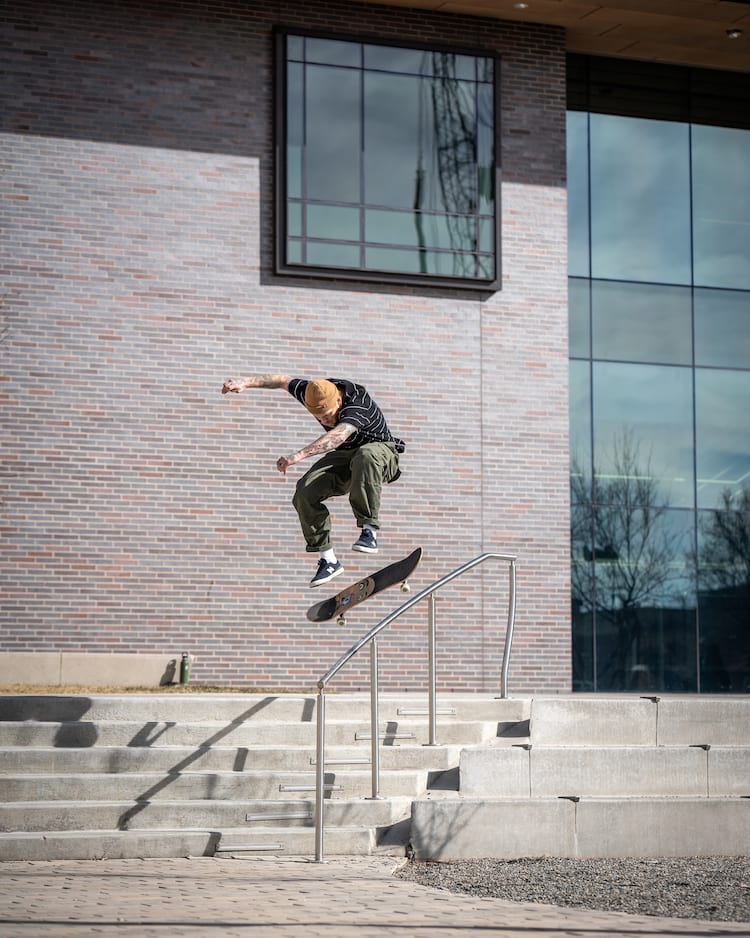 And he ain't done yet! Trevor takes full advantage of Denver's recent spot boom with a heelflip boardslide       Photo: Huff 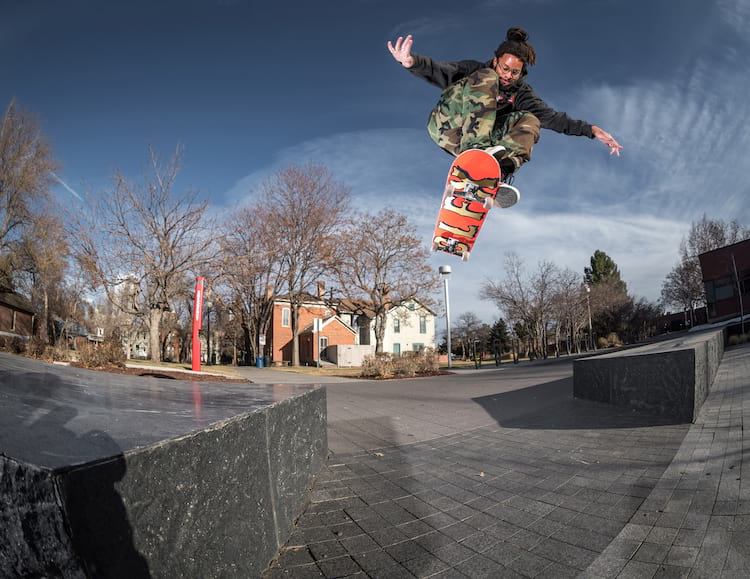 Spencer Semien varial flipped this flat gap for Vol. 2, then hit it with a hardflip just for fun. Some folks just got it like that    Photo: Huff 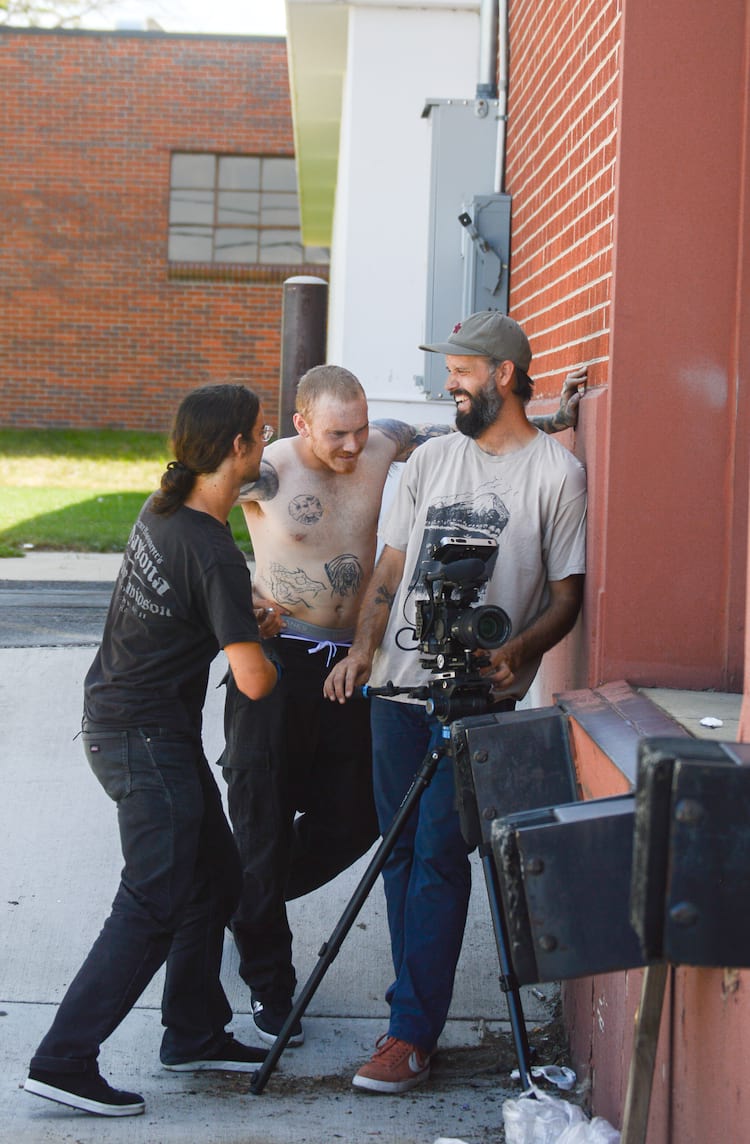 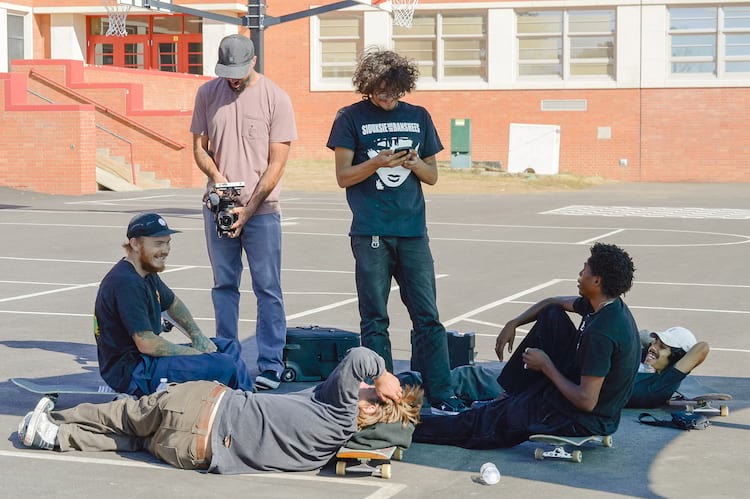 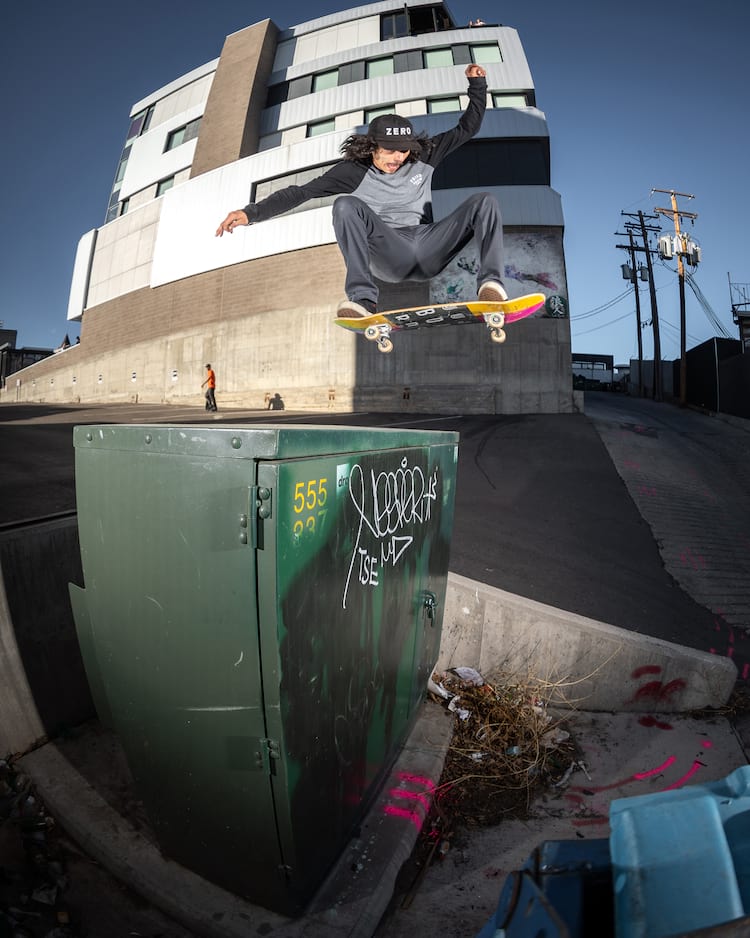 Closing it out, John vaults some volts with an electric ollie     Photo: Huff

Huge thanks to Vans for backing the video, DJs Parris and Wes Wayne for the jams and Sean for the graphics and titles. Guess it's time to start working on Vol. 3 now...
© 1981–2022 High Speed Productions, Inc.