This past Saturday Andalé Bearings held the finals for their “Wheelie Dope” contest series at the Santa Monica Courthouse. A thousand bucks was on the line for the best trick across the stage which was more than enough incentive to get all the locals out. –Ben Karpinski 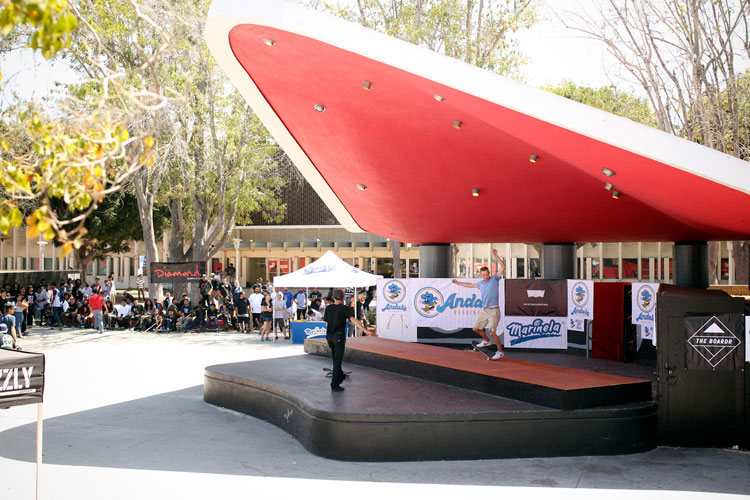 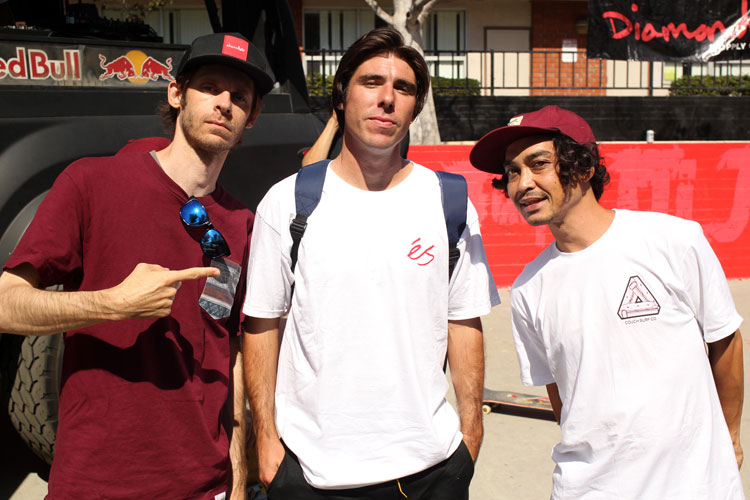 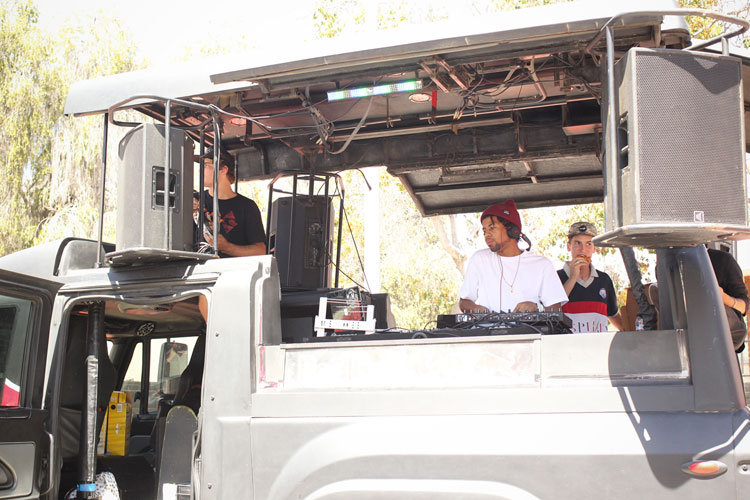 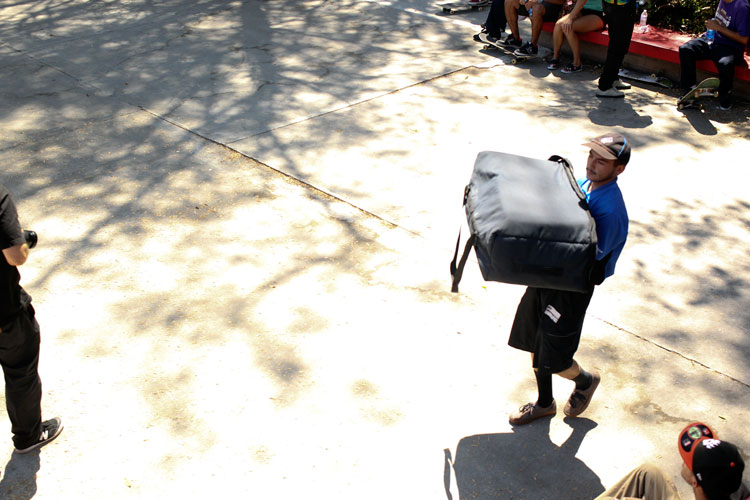 Who ordered the pizza? 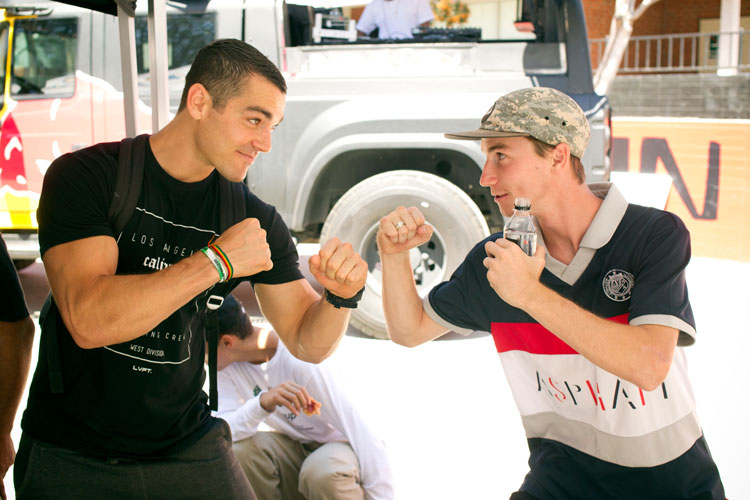 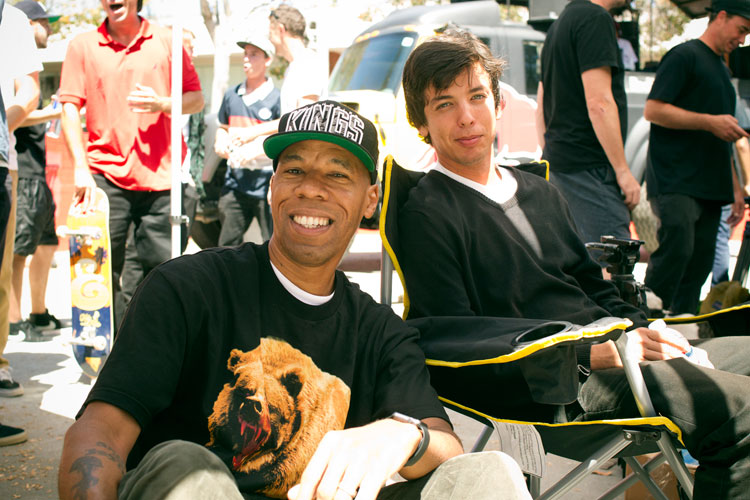 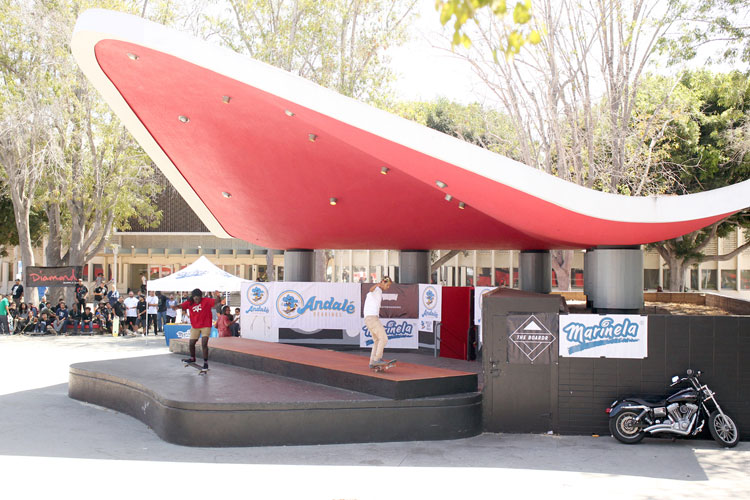 Gary put down the mic then put down a nose manual 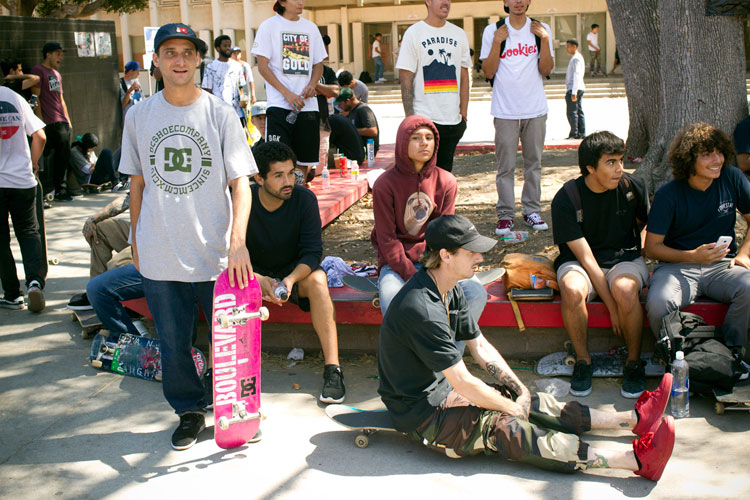 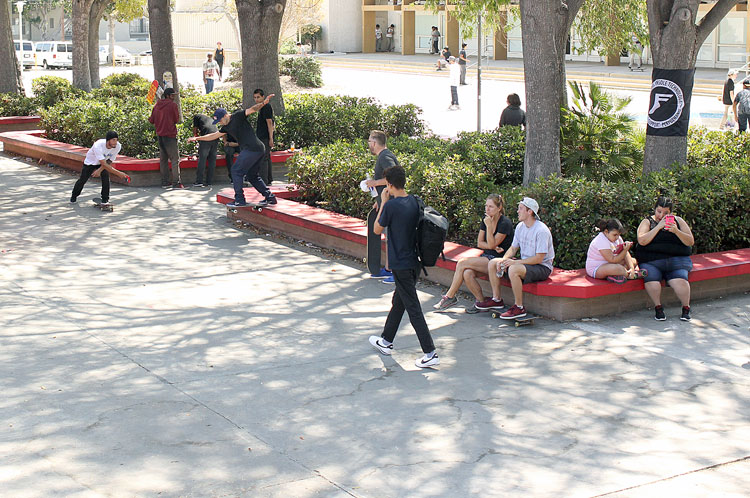 TJ Rogers warming up on the ledges 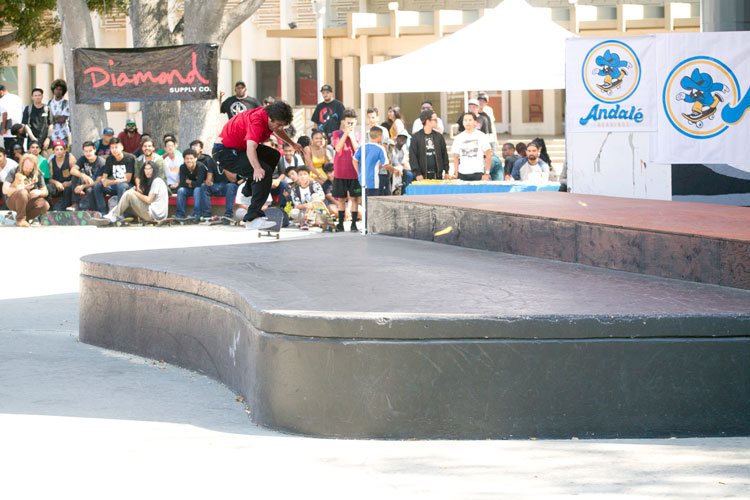 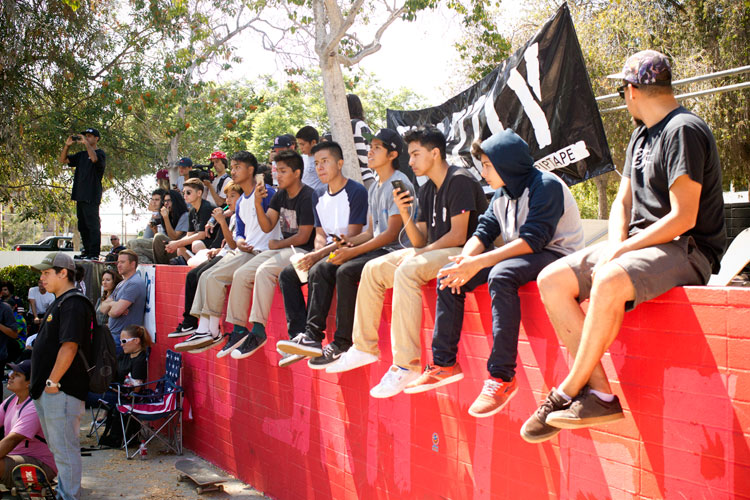 Everyone filmed an angle 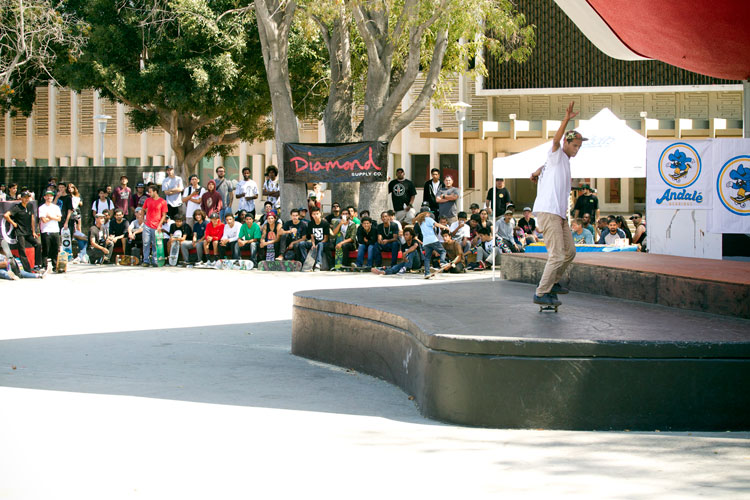 Victor Brooks getting ready to flip out 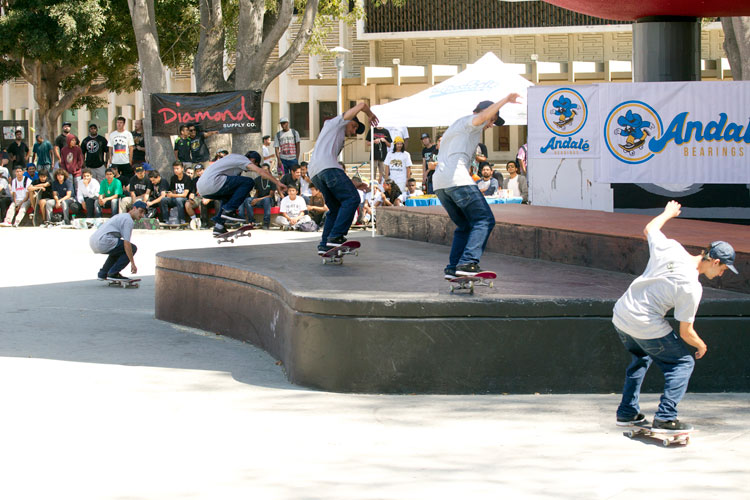 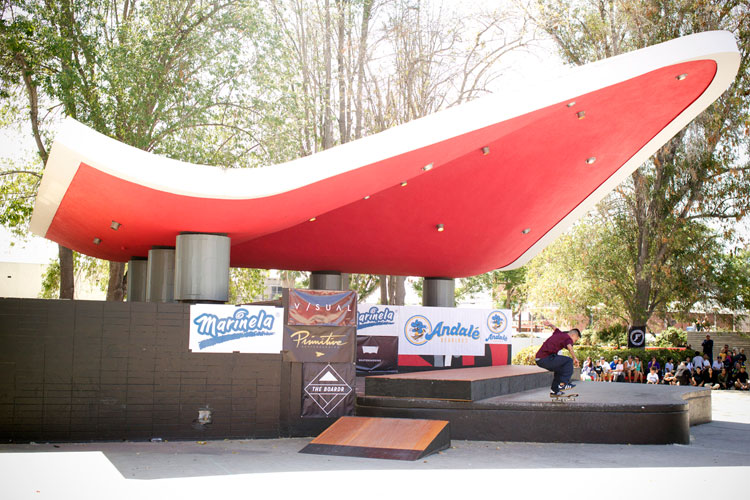 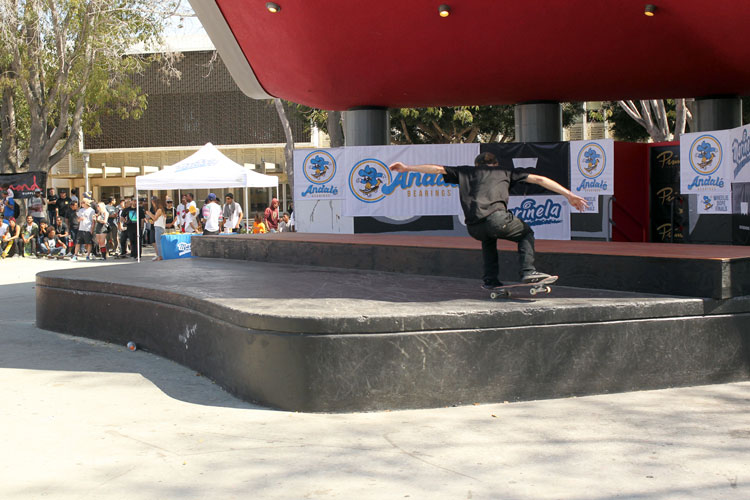 Later in the finals, John Dilorenzo goes up stream with a nose manual (Nollie half-Cab flip out not shown) 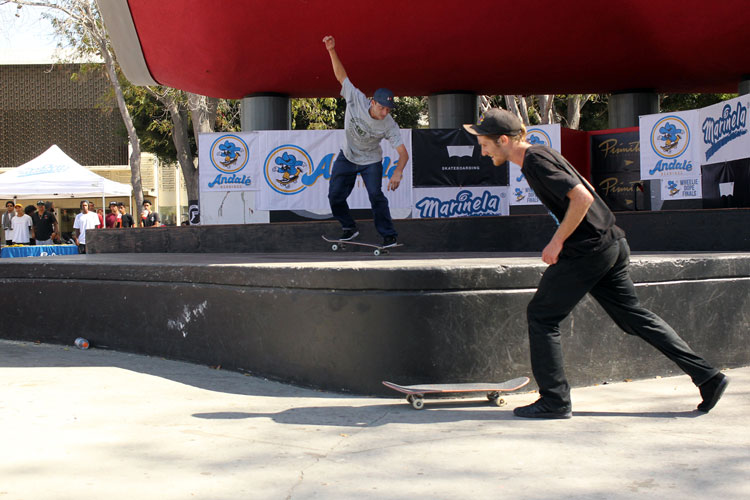 You know Iqui made the finals. Look at that determination 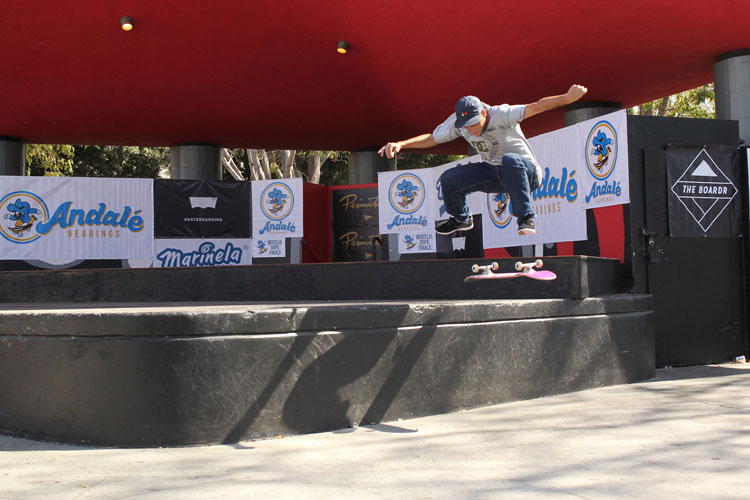 Damn right he flipped out… Nollied in too 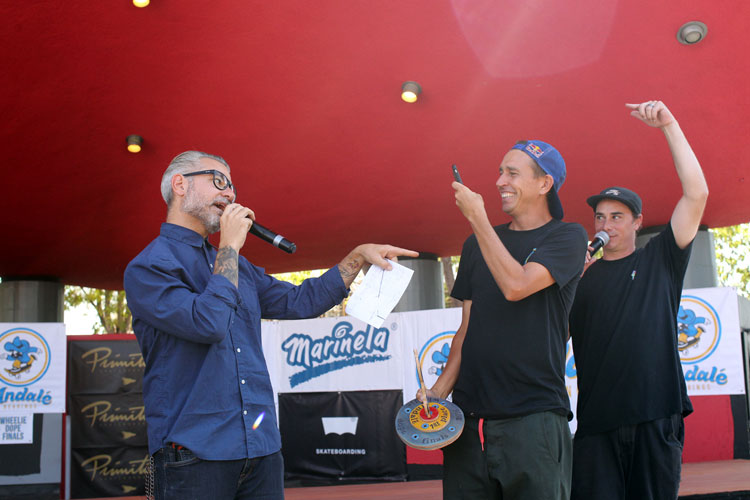 Then it was time to announce the winner 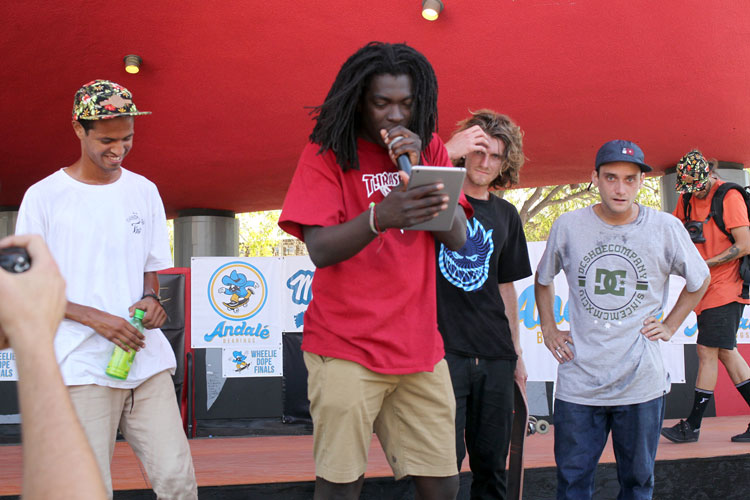 Gary called up the finalists 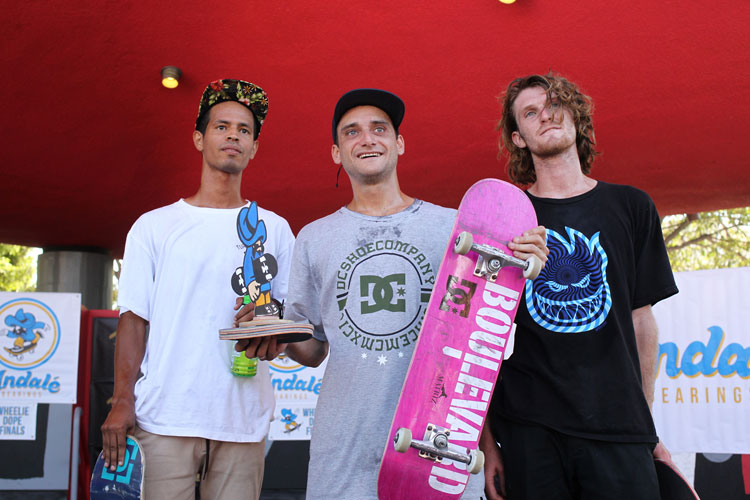 In the end the top three were Carlos Iqui, John Dilorenzo and Victor Brooks 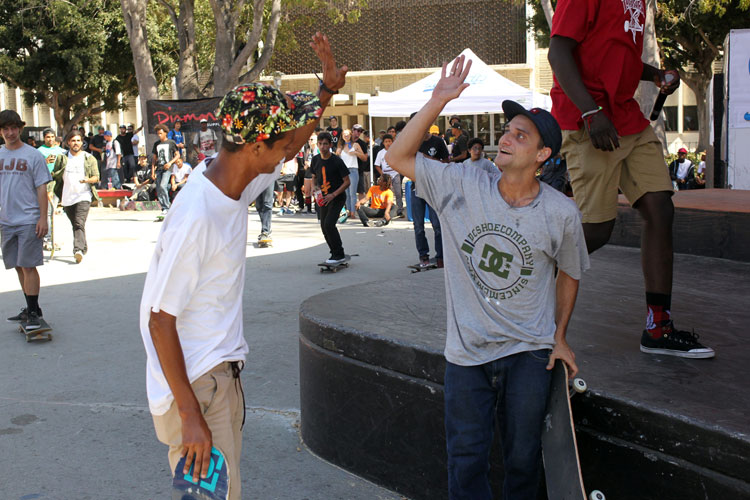