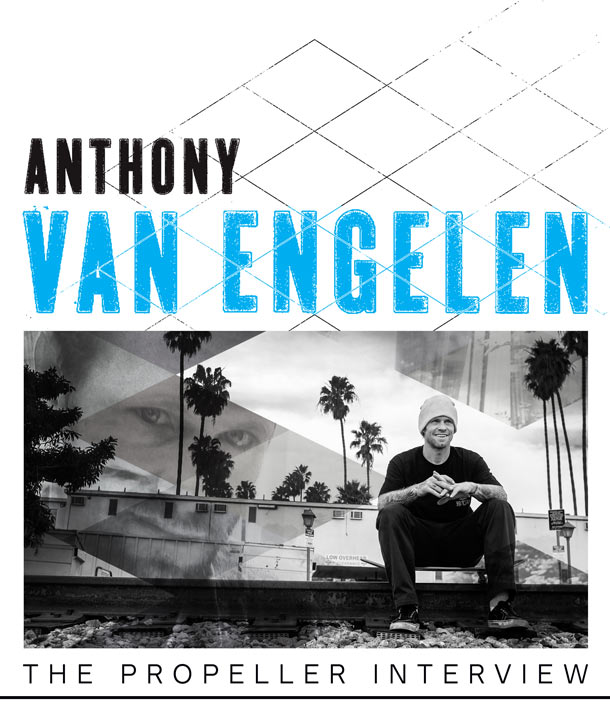 So is this the third video you’ve worked on with Greg Hunt?
Yeah, this is number three.

Have you guys reached a real professional rhythm at this point?
Yeah, I guess.

You must like working with him, right?
Totally, totally. Anybody he’s working with, he helps enable them to do their best. He’s always there ready to do what needs to be done. So he’s great.

Are you guys super tuned in to one another’s personality quirks at this point?
I’m sure. I feel like everybody—you know how it is, Mike. We probably all share the same quirks. It takes a successful psycho for all of us to do what we do. There are similarities in all of us, when we’re all on a trip and not much is happening—GH is gonna be grumpy, Burnett’s gonna be grumpy. You know, it’s how it is. You gotta go with the flow. 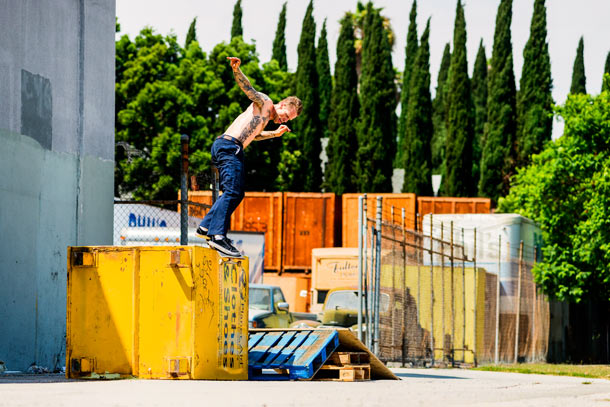 Definitely. How has your approach to making a video changed from The DC Video to today?
I think my approach now is different because I’m grown up and I’m older and it takes a lot for me to get something done. I have to be a lot more focused and on it consistently throughout the whole thing. So where with DC I could drink and party and go crazy and not skate for two weeks and do that over the course of three years and still put out a video part, these days I eat a fuckin’ piece of cheesecake and I can’t skate the next day!

Do you still break boards and smash shit up like you did in the intro to The DC Video?
No, I don’t think so. Definitely not. I was real angry when I was young. I still definitely have a degree of anger but it’s way more controlled.

What’s the most outlandish mission you went on to get a trick for this video?
Most outlandish mission? I went to Oklahoma City on a trip and I wasn’t able to get a trick that I had fantasized that I could do, so I flew back two weeks later, just me and the filmer, and got there and realized it was still a complete fantasy! I ended up filming something else and it actually took me, like, three days to get it and there were tornado warnings. It was so ridiculous and it was just a manual trick.

That was the skate spot we went to where Big John kept breaking the ground, right?
Yeah, Big John broke the fucking ground. Oh, we had to move those tiles around when I got there and I had all the skaters out in OKC fuckin’ moving thousand-pound marble slabs around for me to do my fucking stupid manual trick—literally people could have lost fucking hands! It was so stupid. But everyone has their fingers still and I lived to manual another day. 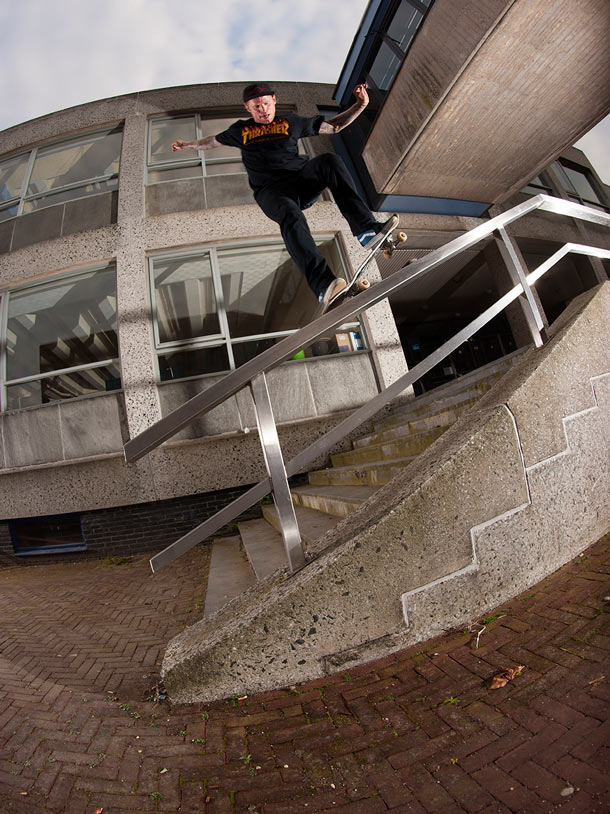 That was the only time I’ve ever seen a skater break the ground. Twice.
Dude, that was so gnarly. And then he wanted to move the tile and I told him to just stop. He was over it.

What are some danger signs that it’s time for you to pull the plug and bail out of a skate trip?
Back-to-back fucking rain. Rainy days. We did that in Taiwan. That was fucking horrible. I think we were three days in and we bailed. ‘Cause it rained and we were just, like, “Even if it wasn’t raining this place sucks, let’s get out of here!” And that was crazy because that was one of the rare times when Greg was, like, “Yeah, let’s get the fuck out of here.” You know, usually he’ll push through fucking anything!

Did you leave Paris because you kept fucking up those boiled eggs?
I left Paris because my heart was broken. I was going through a breakup. I flew out there, I was, like, “I got this shit,” then I got out there and just had a full fucking meltdown, like, “I’m out of here.” You get there and you haven’t slept for a few days and you realize that the person you spent seven years with is gone. You’re, like, “Oh that’s weird, there’s the Eiffel Tower, get me out of this, what am I doing to myself?!” 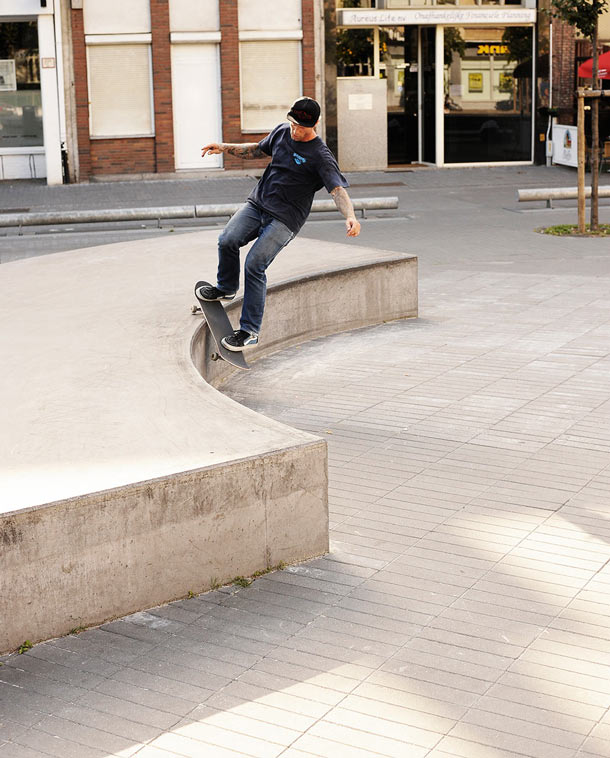 He’s back in the video, you’ve got a hit board company together—goddamn it, you’re on top!
Yeah, things are fuckin’ doing good. Who would have fucking guessed, right? I wanted to retire three years ago. We were sitting on a curb with Greg in downtown LA and I was, like, “I think I’m done.” And he’s, like, “What are you gonna do? There’s nothing to do.” I was, like, “I know.” I started looking at woodworking trade schools online and shit.

So how did this video turn out? Is this your best performance?
I mean, I could say that for me I consistently worked on it and really wanted to make sure that when it was over I looked back on it and knew I fucking wrang the towel out on it, you know? Sucked every bit of juice that I could out of the body so I can look back and I’m stoked. So I don’t know—I did my best with what I had.

Excellent. What did junior filmer Cody Green bring to this experience?
Cody brings a lot. Cody rules. He’s a great filmer. He’s a great skateboarder and he’s also a comic genius by default. He doesn’t even know it. He brings a lot to the table.

What was one of your favorite Cody Green memories?
Oh my God. Which one was a good one? There’s a Cody Green moment every day really, you know. 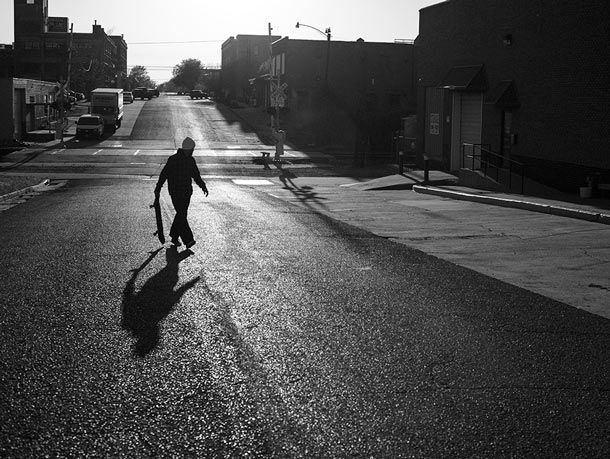 You’ve said he’s kind of like a bird—he just wakes up every day and has no memory of the day before, right?
Yeah, the mistake that was made yesterday, there’s no mental recollection. I’m kind of the same way. He’s the guy that you room with him and he leaves a dump in the hotel toilet every morning because he doesn’t want to flush and make the shower run cold. And then you discover it and you yell at him and he’s, like, “Dude, I’m sorry.” And then he does it again the very next morning. He’s awesome.

What does a responsible, serious, sober adult do to celebrate the end of a five-year ordeal? What are you gonna do to celebrate tomorrow?
Oh my God. What I’ve done is construct a whole structure of anxiety! I’ve invited my ex-girlfriend and my mom and dad will be together in the same room, which I’ve never witnessed that in my entire life. So that’s where I’m at so far. And then threw a barbecue in the mix so I’ve got to prepare.

Fantastic.
Yeah, if you see me walking around with a beer don’t be surprised. Actually, that’s not gonna happen.