Beer flew through the air. Then a trashcan came crashing into the center of the room. Someone front flipped onto it sending empty cans flying in every direction. Someone tried a 360 flip and got tackled. The circle pit swarmed around them while skate rock raged on the stage. And the night had just begun.

This was the premier for Anti Hero's new video “18” (Anti Hero in Israel) by Rick Charnoski and Buddy Nichols at House of Vans in NYC last night. The turnout was solid, even with temperatures dropping below freezing. The boys shredded the park and primed everybody up for the film which was followed by performances by Bad Shit and Grindline The Band. The video was epic with lots of gritty 8mm footage sprinkled in and edited in a rough style to match the notoriously anarchic antics of your favorite NorCal based team. It reminded me of Fucktards or the Cow video with its loose style and fucking gnarly tricks. We follow the boys through the streets of some of Israel’s best cities and witness the skating and adventures that happened along the way. The riding is (obviously) top notch as are the spots they discover. This video is a necessity for your collection.

Then the bands took to the stage and chaos ensued. Circle pits, beer, trashcan flipping, moshing, chest diving, bloody noses, front flips, crowd surfing and stage diving led to an evening of complete chaos that did not disappoint. 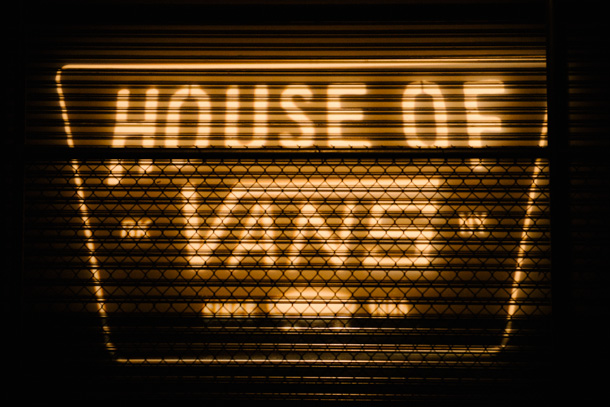 House of Vans was the location 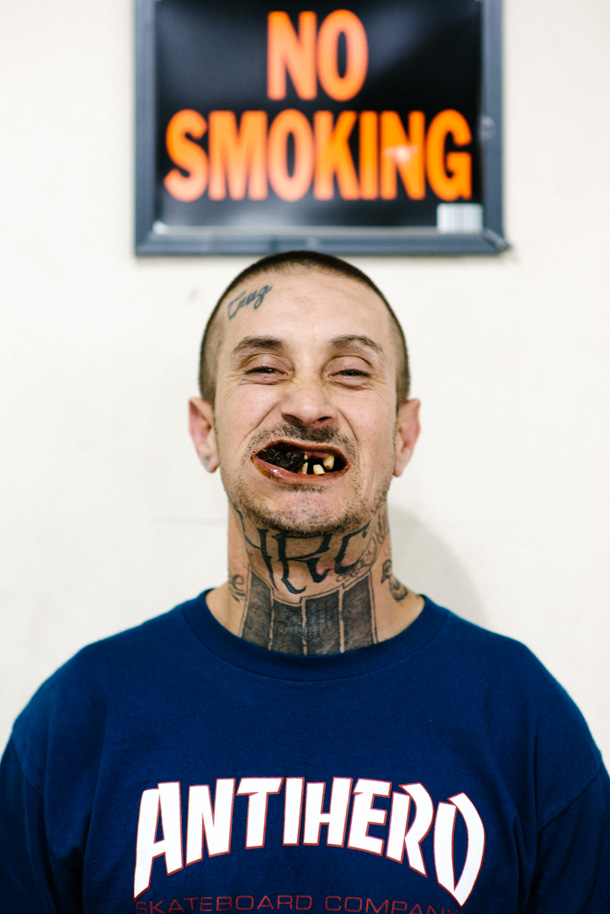 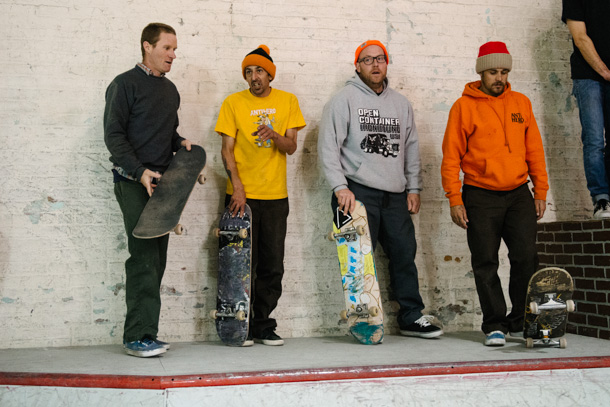 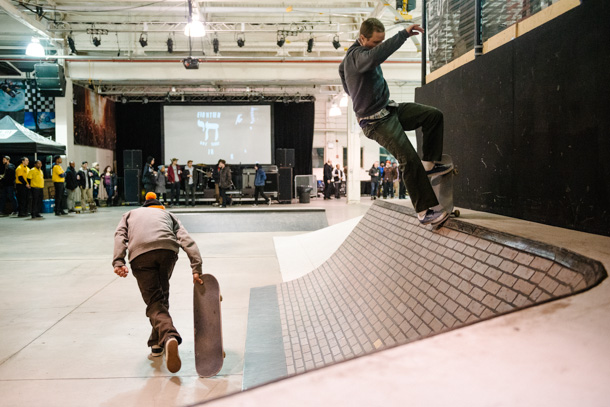 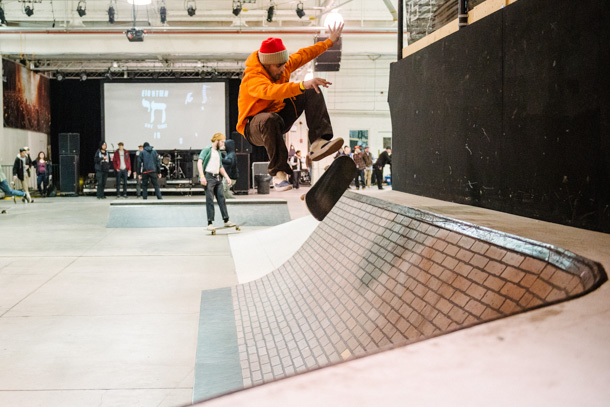 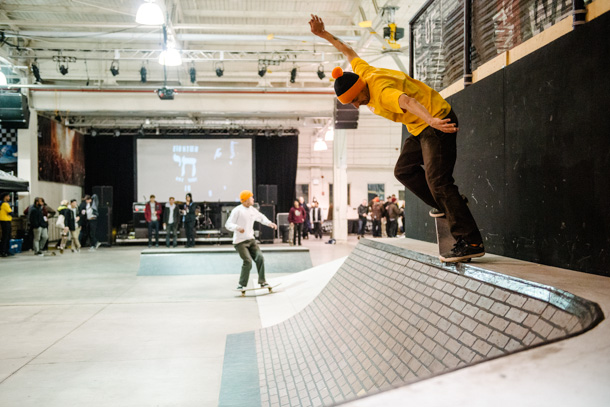 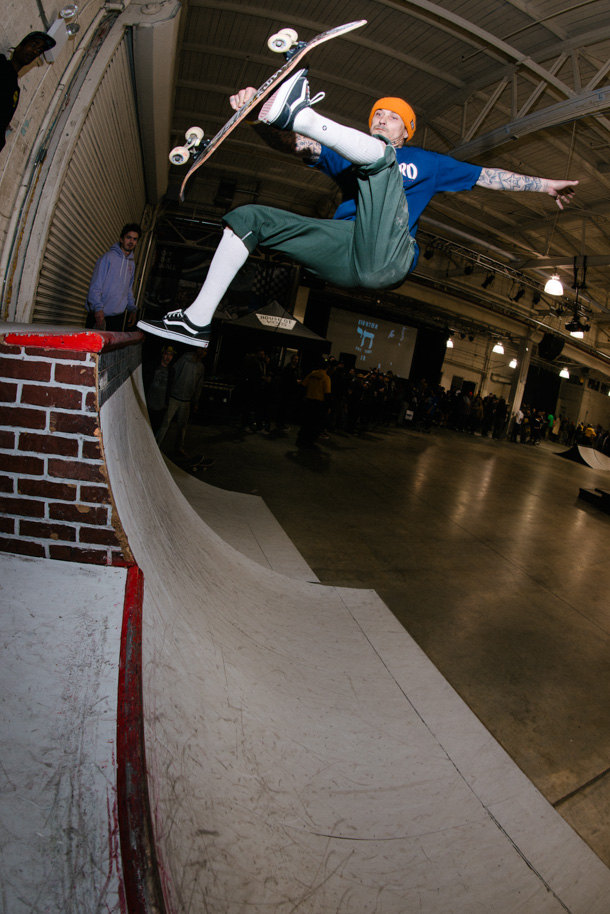 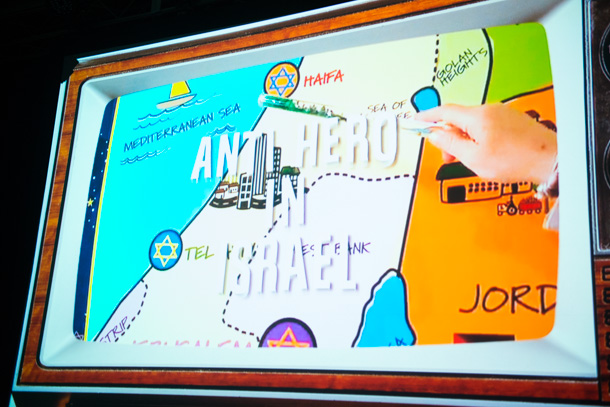 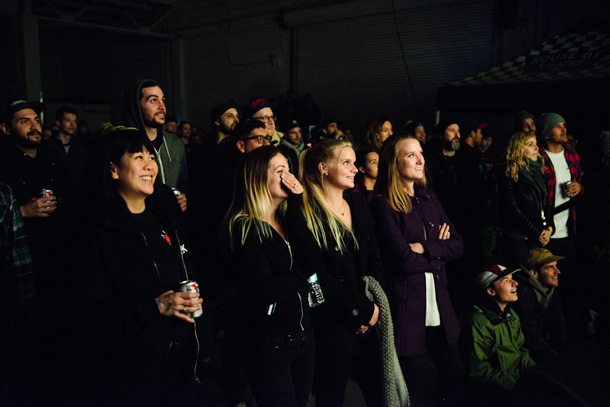 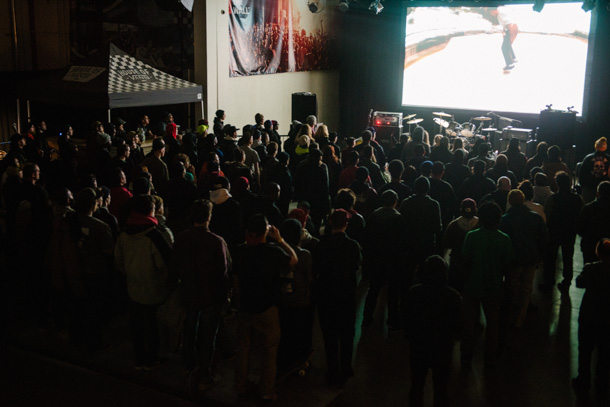 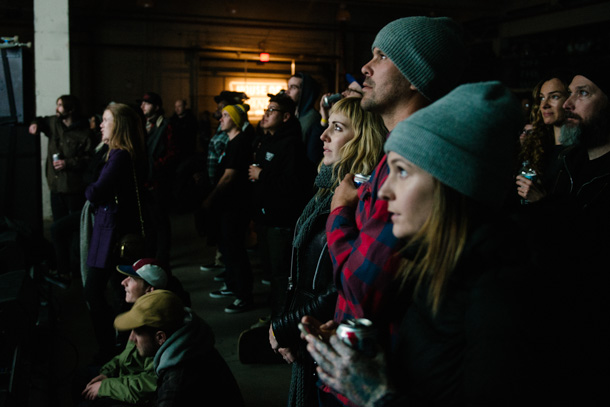 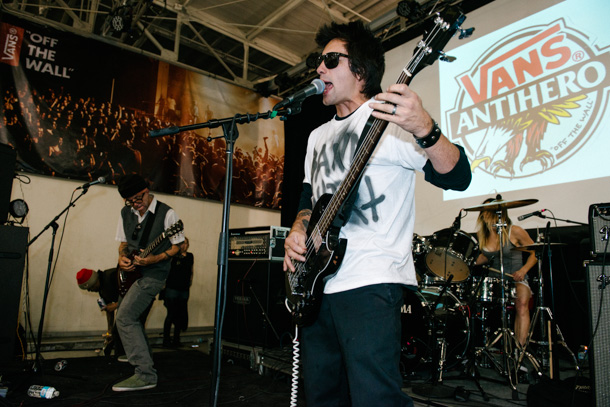 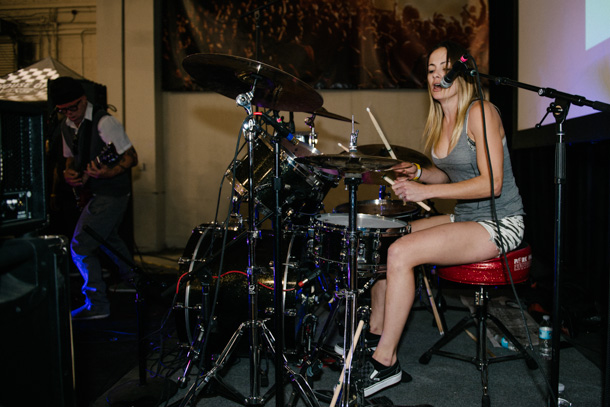 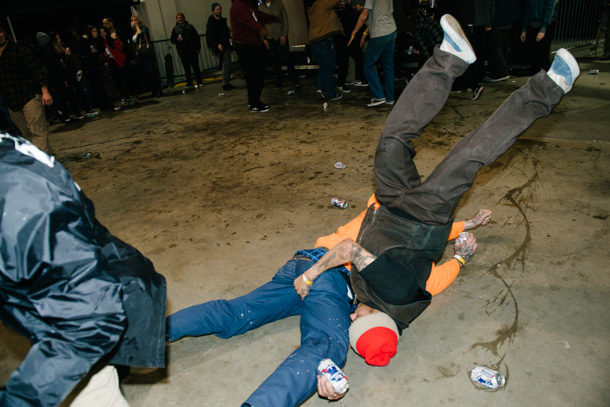 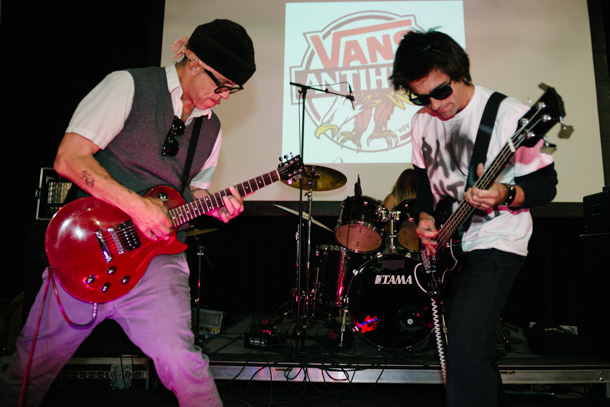 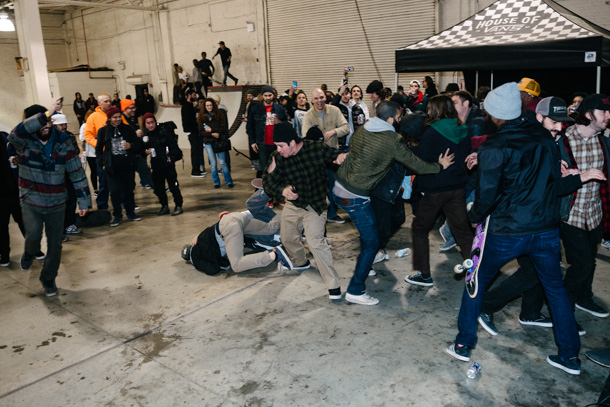 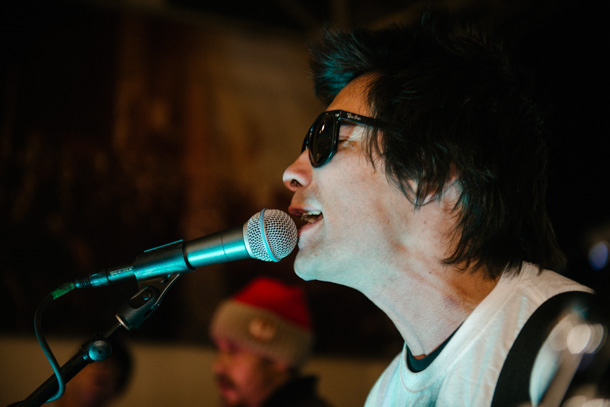 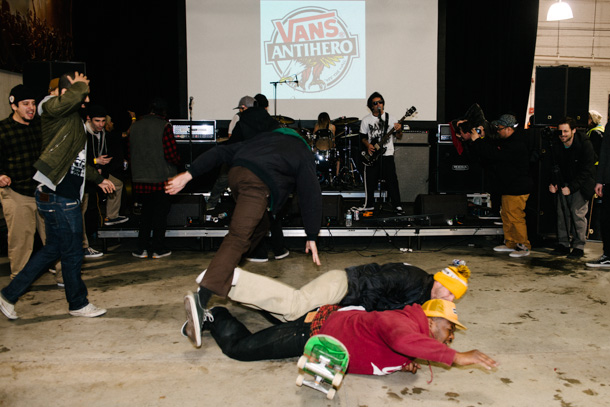 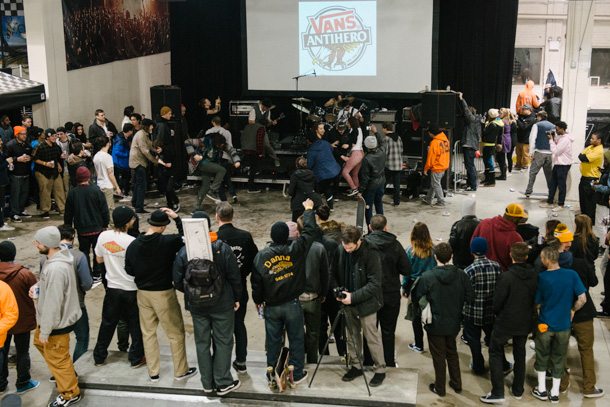 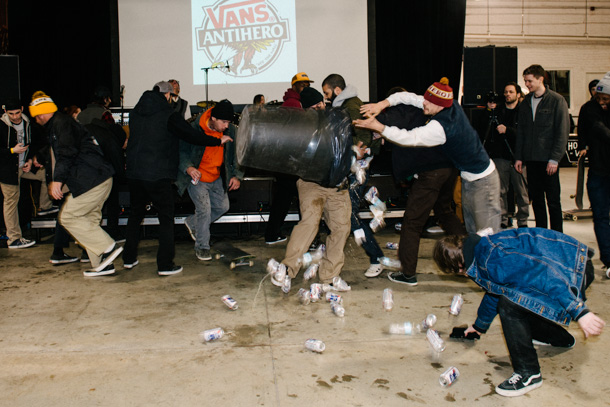 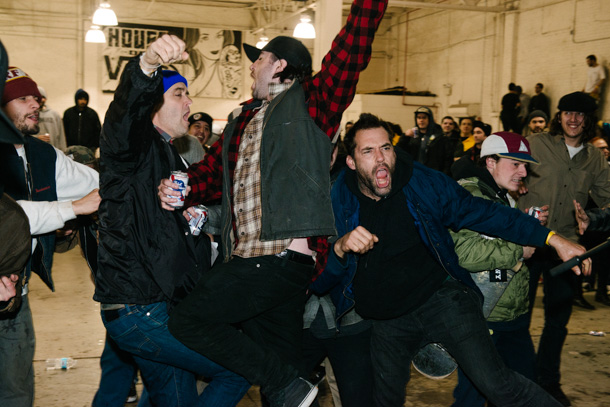 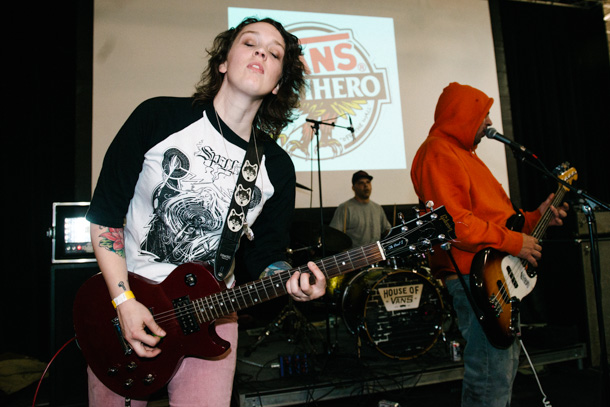 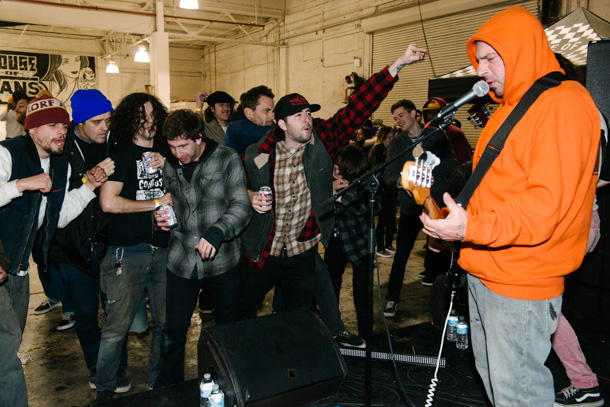 The troops rally around Hubbard 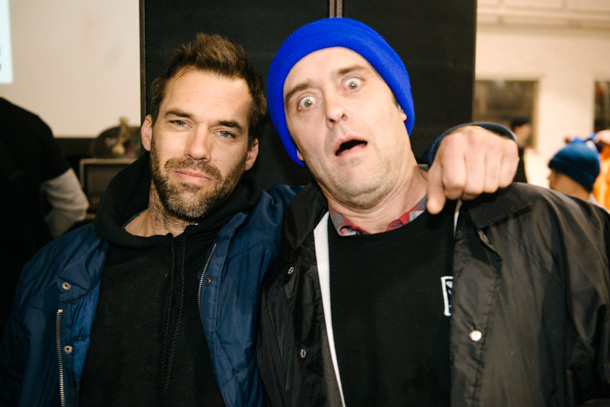 Rick and Buddy - sharp and blurry 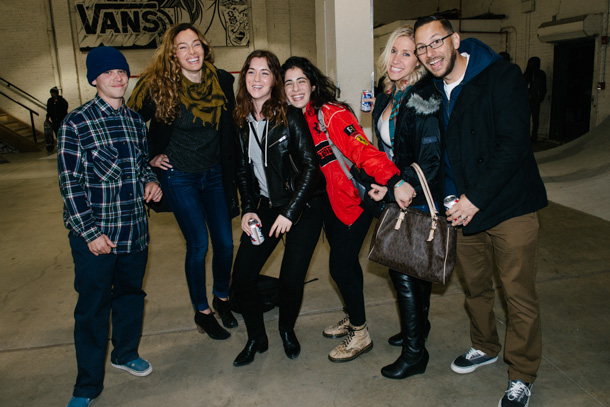 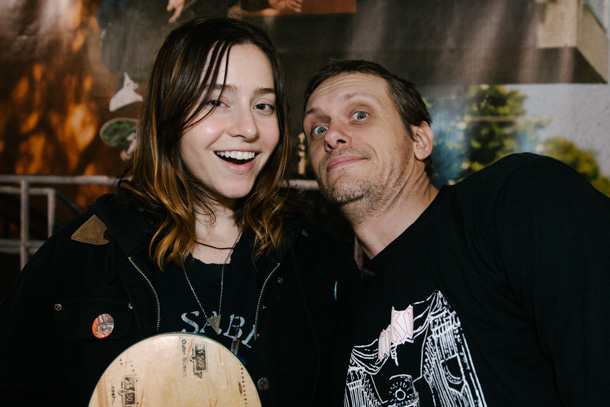 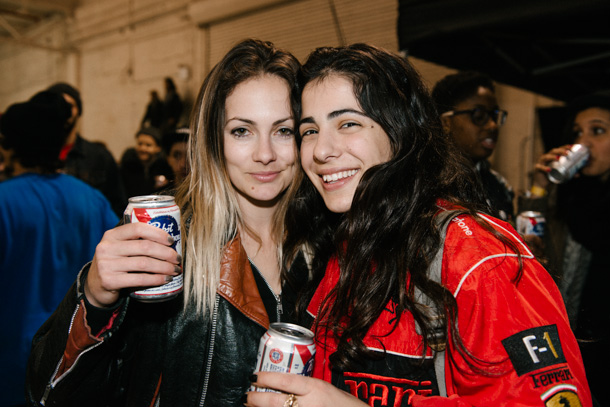 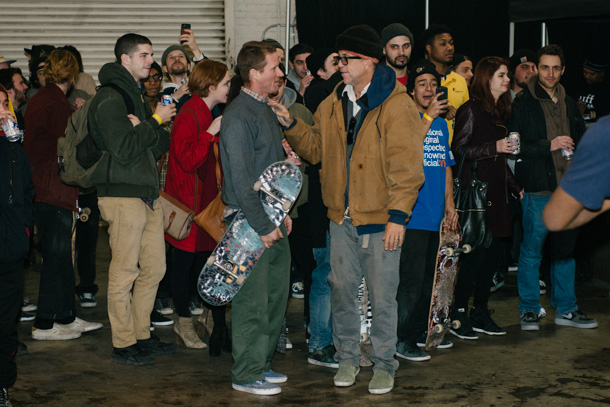