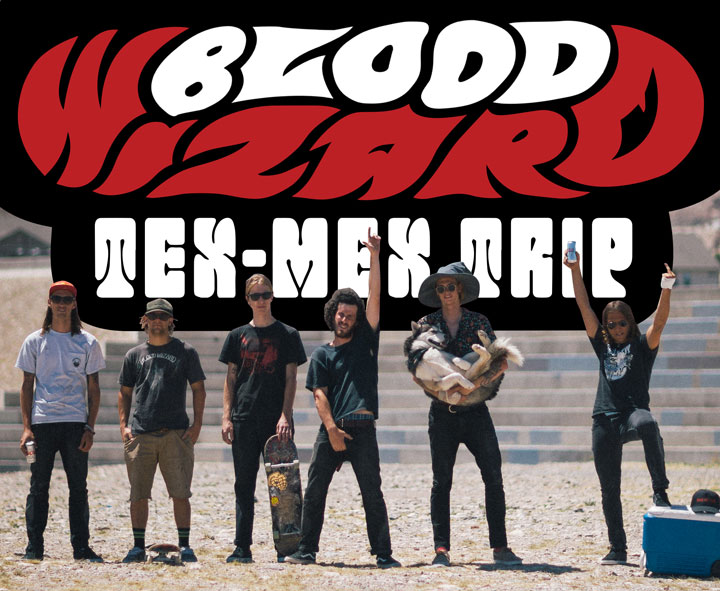 Embarking under the sign of the Baphomet, we headed east to the realms of ditches and witches. As with all prior Blood Wizard trips, our beast of a van laid waste to the highway and endless 30-packs. Arizona, Texas and New Mexico pools and ditches fed our unearthly obsession for total devastation. Minds were lost, along with brain cells, as we went to demos and signings under a blistering fire in the sky. We were born for this suffering and thrive in anguish. A lot of this trip was blurry since drinking in excess brings comfort to weary soldiers of the road. Only one thing is certain: we are eternal servants to His name. —Jerry Gurney 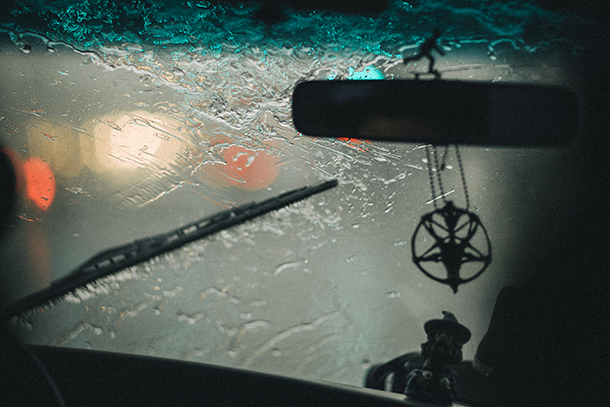 Right when we got into New Mexico there was a huge thunderstorm with tornado warnings and hail, we just finished up skating the dirt jumps and right when we packed our things into the car it started pouring harder than I've ever seen. 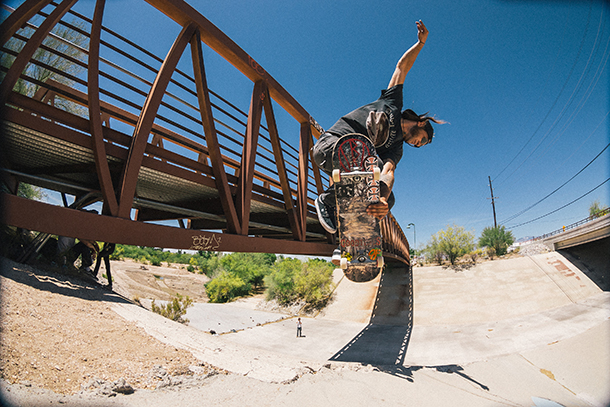 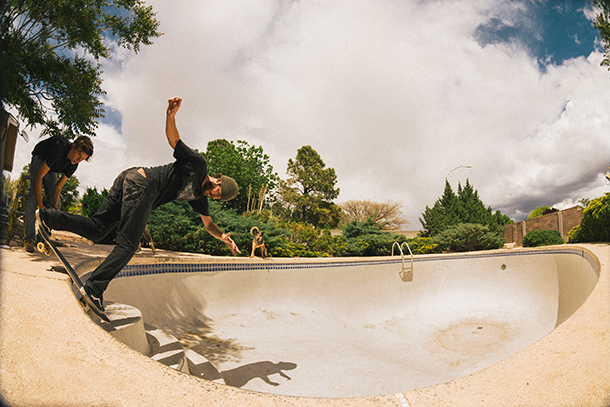 Jack Given, backside lip over the stairs 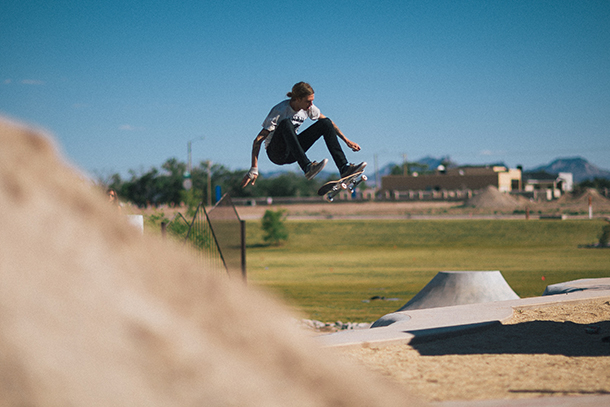 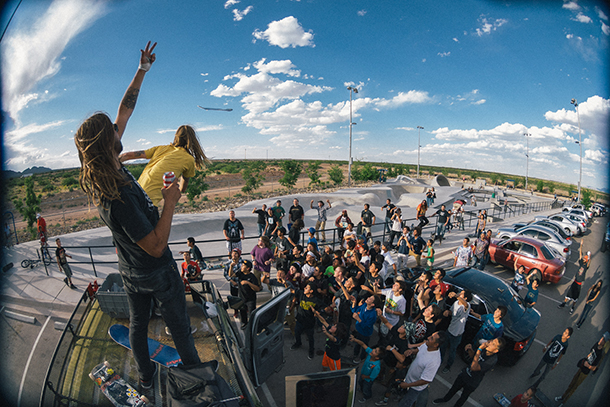 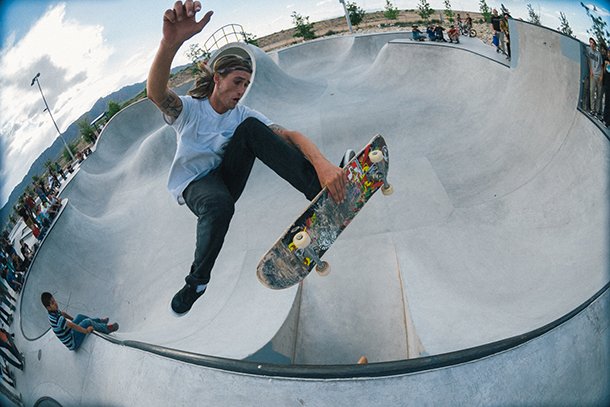 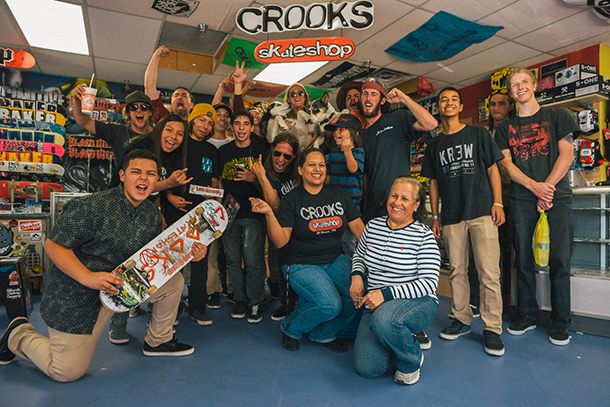 Our friends at Crooks skateshop in El Paso took good care of us while we were in town. 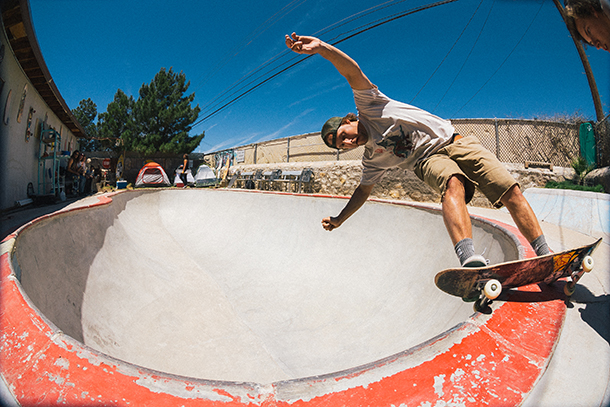 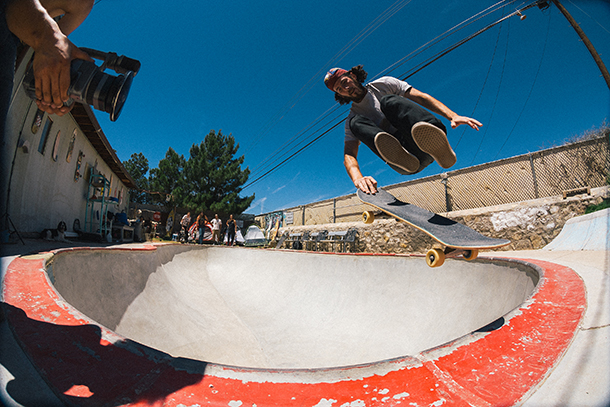 Jack Given a sal-flip in the skull cap 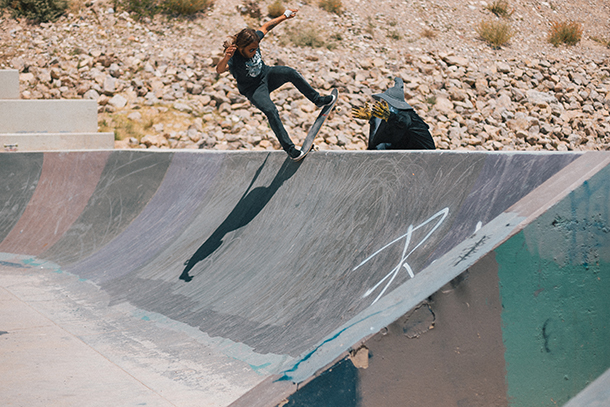 The wizard summons Jerry to do noseblunts in the gladiator ditch 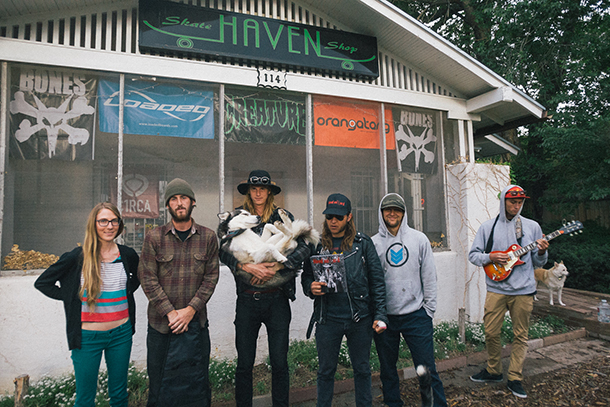 The team did a signing at a rad little spot called Haven skate shop in Albuquerque, New Mexico 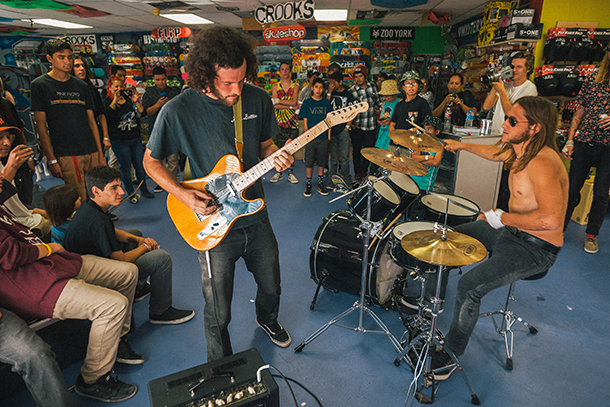 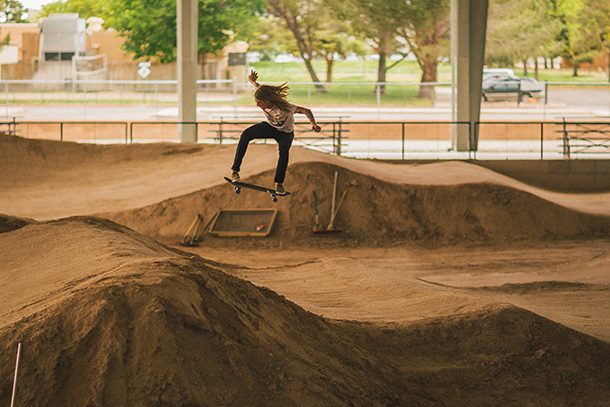 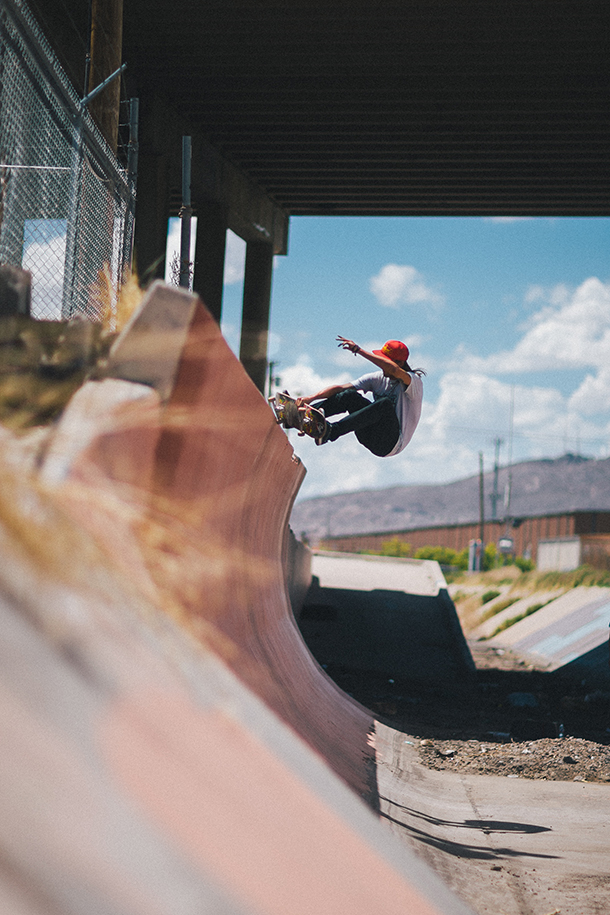 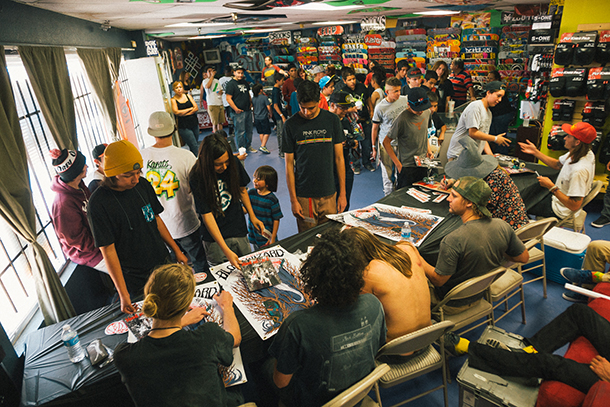 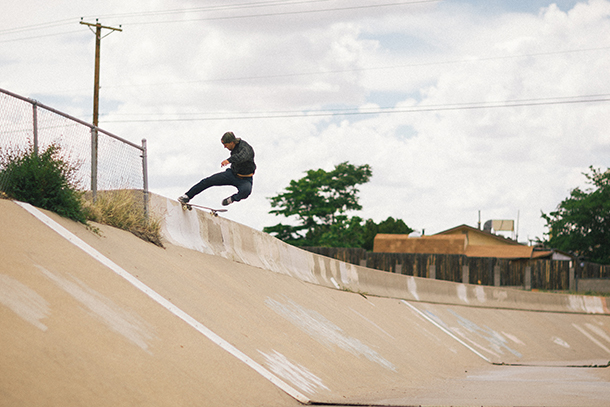 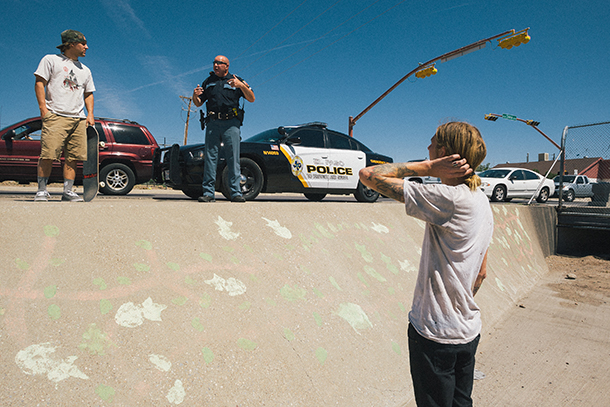 Nothin unusual about running into the cops, although this guy was really cool about it. 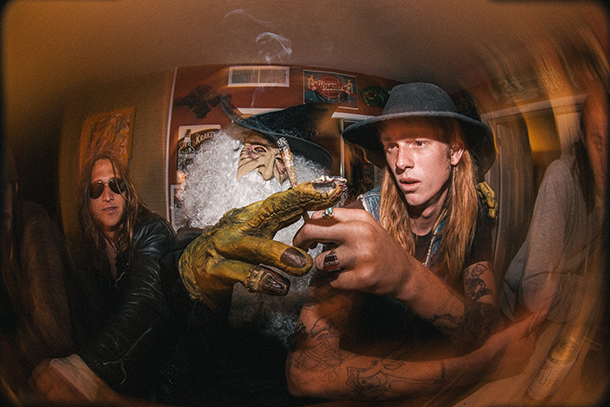 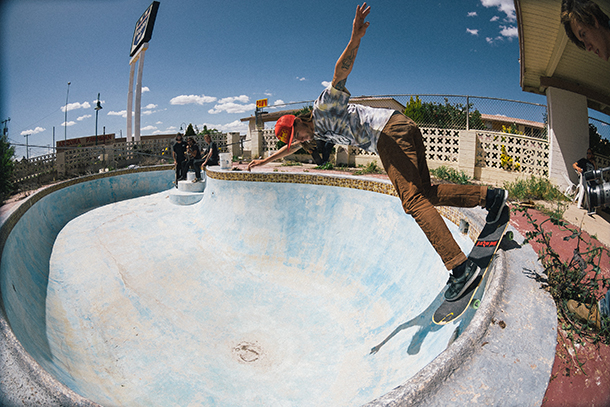 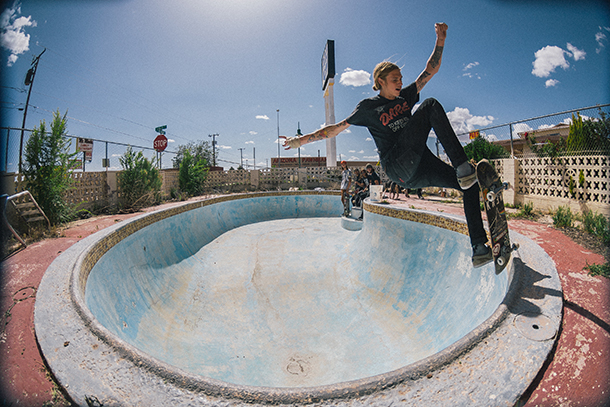 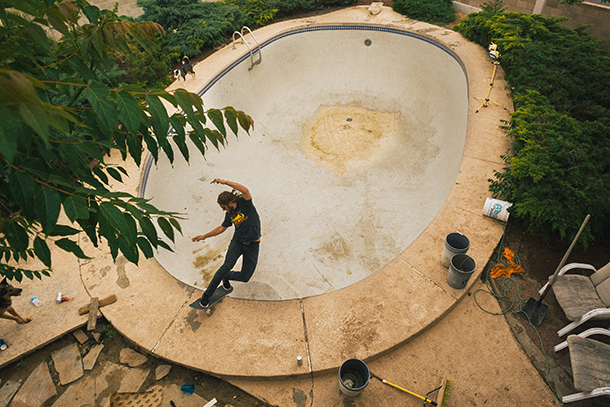 Jerry Gurney, front board over the cake in Palmer's back yard 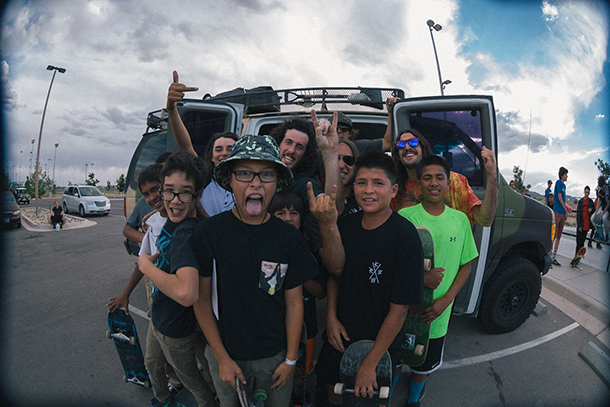 The kids in El Paso were juiced to meet the Wizards 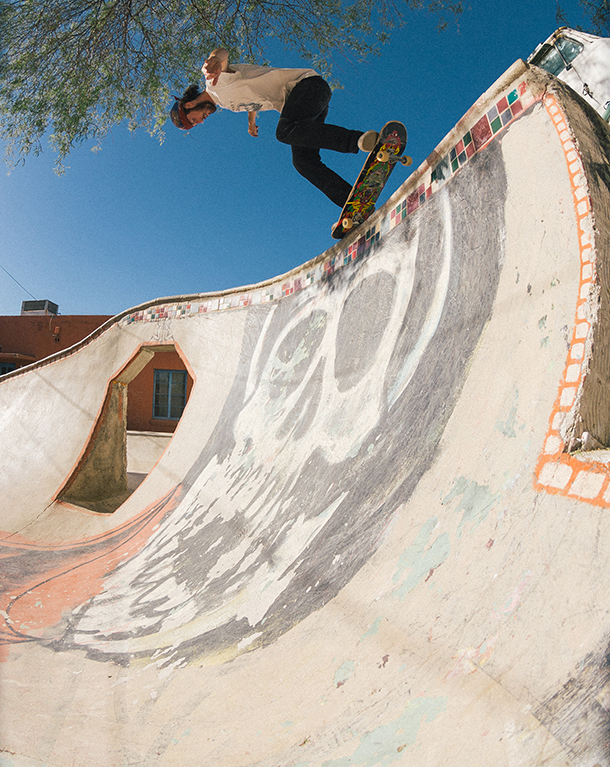 Jack back nose pick at the Hell Bowl 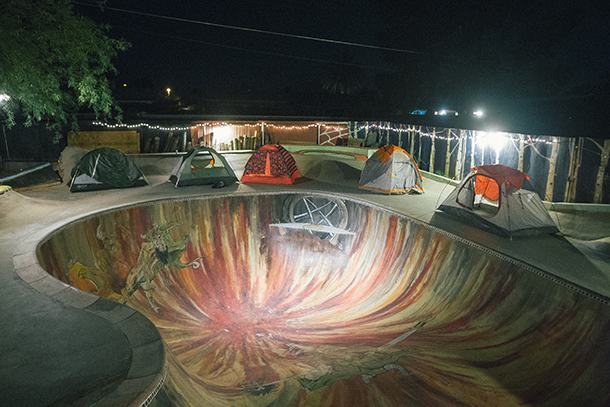 Camping at the Hell Bowl in Tucson 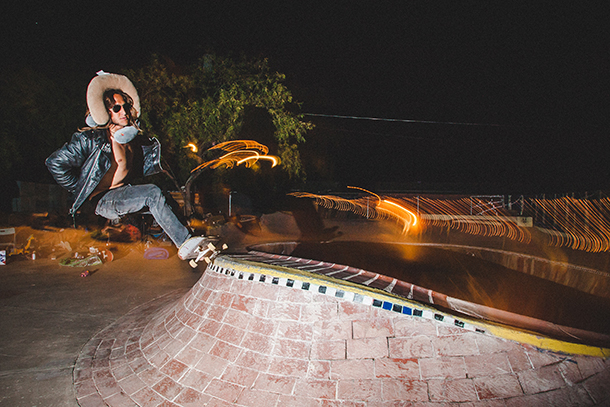 This is right before we went to bed, Jerry Gurney slashes some cement while barefoot wearing two neck pillows, shirtless, hands pocketed in leather jacket and doing duck face. 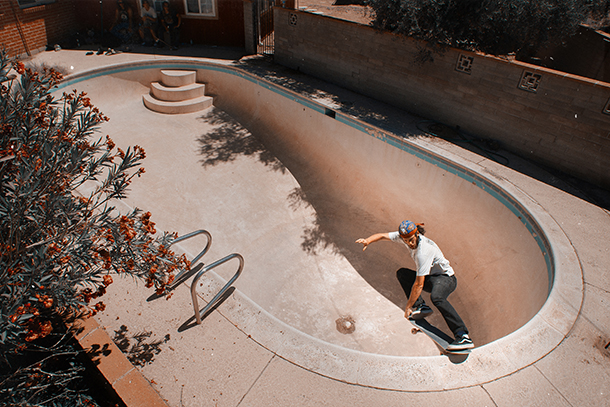 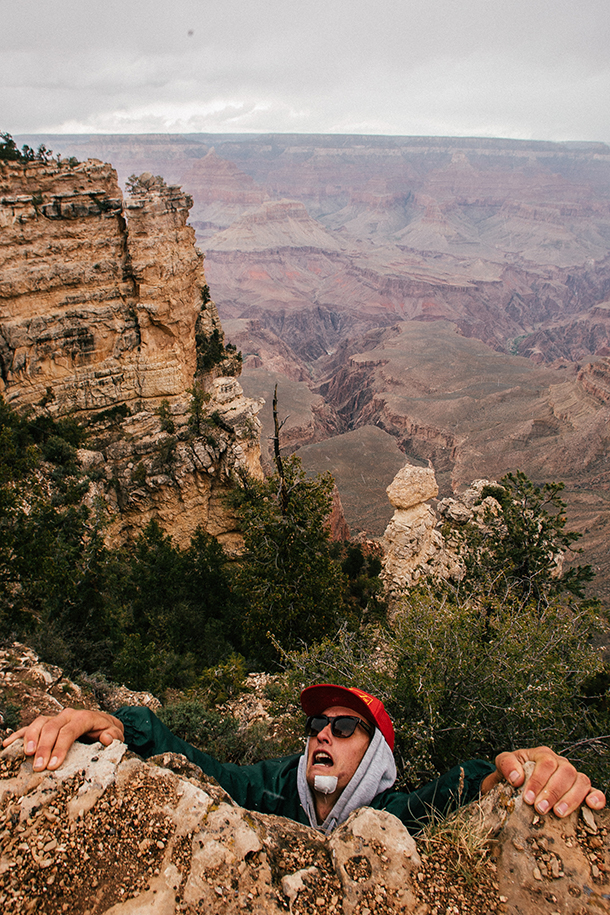 Anakin Senn fell into the grand canyon while we were checking it out, rather than helping him out I got this cool photo. 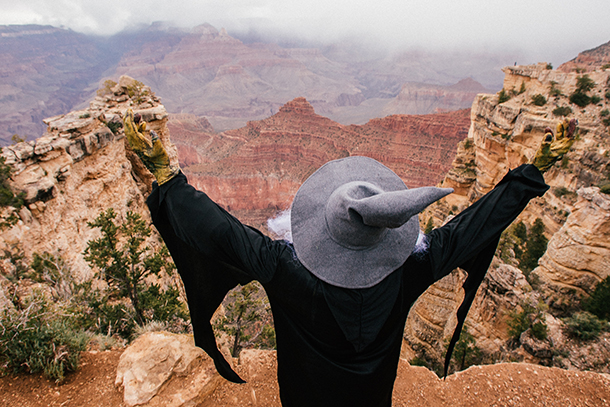 The wizard commanded the sky to open up and it began to snow in the Grand Canyon—thanks for the good times Wizards!