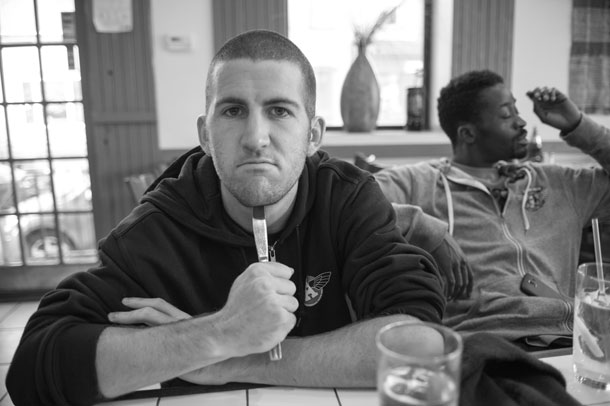 
Rhino caught up with Brad McClain to talk about skating contests, injuries, and his new video part dropping this week.


How old are you and where are you living at these days?
I’m 23 and living in Camarillo, CA.

Where are you at right now?
I’m in Malmo, Sweden watching the Ultra Bowl contest.

Who is going to win this year?
My money is on Chris Russell.

You just got injured recently, what happened?
I tried this gap at Tigard skate park and pretty much went full speed flying squirrel into the side of the bank. Nearly tore my achilles. Luckily it’s not so bad and I’m just wearing a boot for a few months. 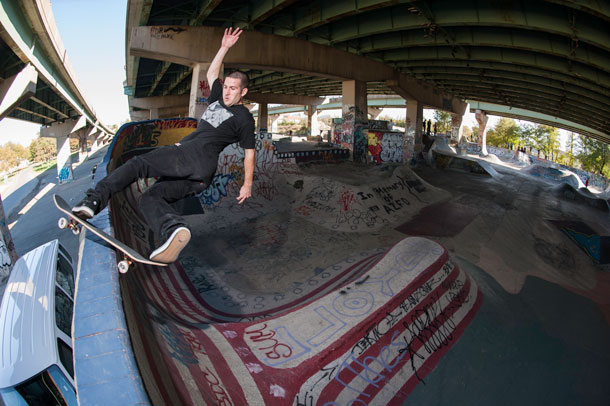 What do you do in your down time off the shred sled?
Play guitar and binge watch Netflix.

What’s been your worst injury to date?
I compressed my back one time and could barely walk for five months.

What were you skating to cause that?
I was trying some gap, bailed and landed too straight legged or something. I screwed up my legs and back.

Seems like there has been a ton of contests lately. What’s you ideal skate scene like?  Contests, tours or just skating with your friends?
With the right crew, a tour can be awesome. You get to travel with all your homies skating the best spots. But then again, when you’re on the road all the time, nothing beats being at home and skating with your friends. 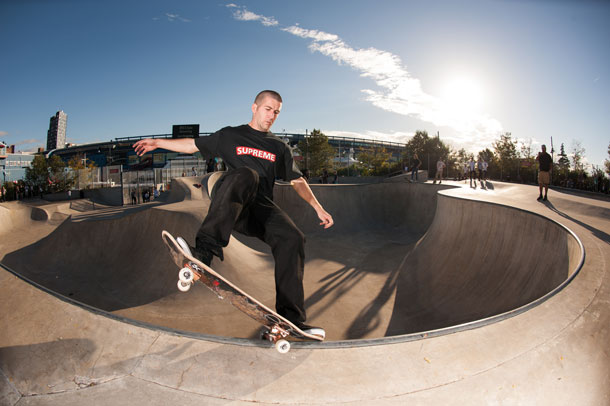 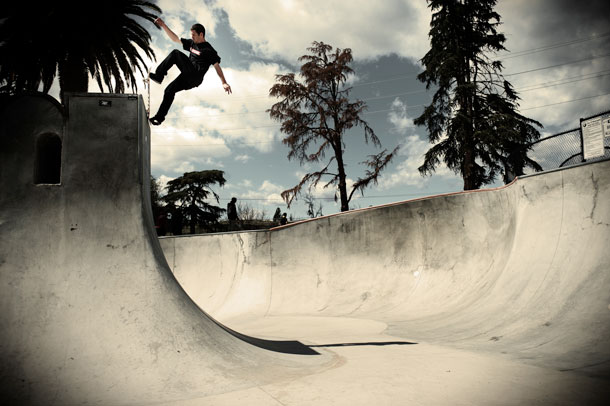 Any up and coming rippers from Camarillo we should watch out for?
Jake Ruiz is about to blow the world's mind.

Best thing about contests?
Getting money.

Worst things about skating contests?
Being in them. Joking though, they can be fun with the right people. But they can be a nightmare also.

Did you film most of the footage for your Thrasher web part on trips?
I think so. I’m on the road constantly, so I’d say that usually when I film I’m on some kind of trip. 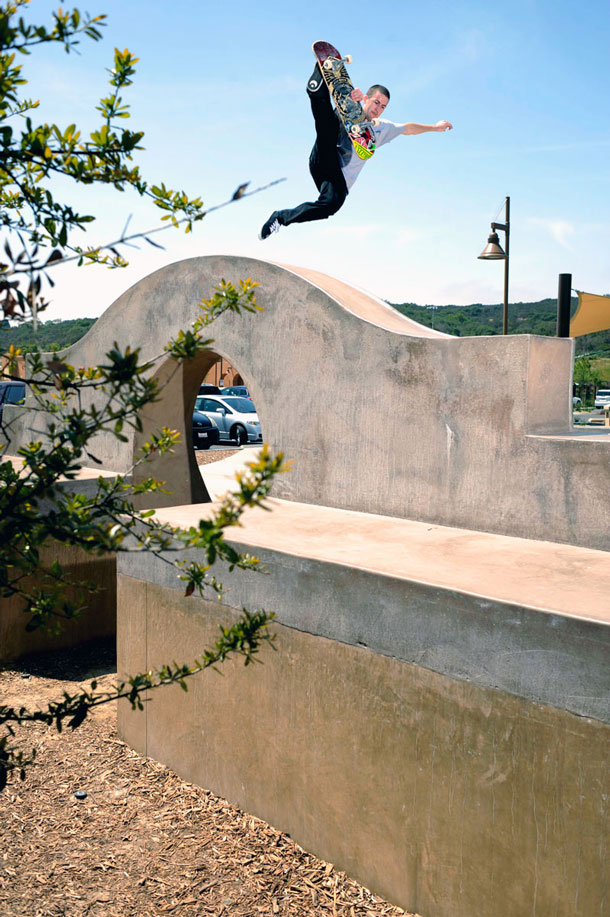 What was the hardest trick for you in the part?
The only ones I can really remember because it was so recent was a few tricks at Orcas Island. It was giving me some trouble. I’m pretty OCD and usually don’t like a trick a week after I filmed it. So I’ll probably watch it in the video and not want it in there anymore.

Who gets you fired up to skate with?
Anyone who’s trying to push the session will get me stoked. You could be eating shit trying to frontside grind, but if you’re going for it, that’ll usually get me hyped.

What was the last “Epic Spot” that you skated?
Moose made this awesome ledge spot in some radioactive lot. Maybe that doesn’t sound too epic but it's really fun. 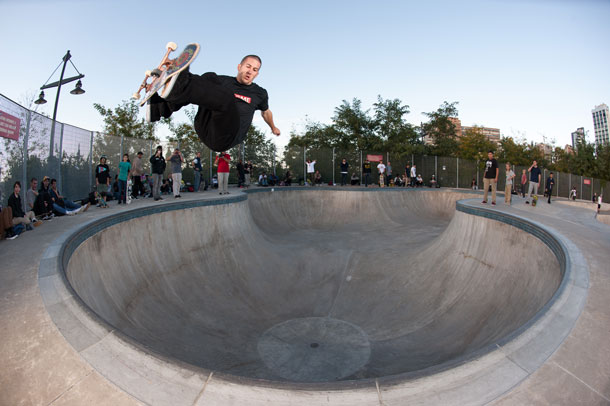 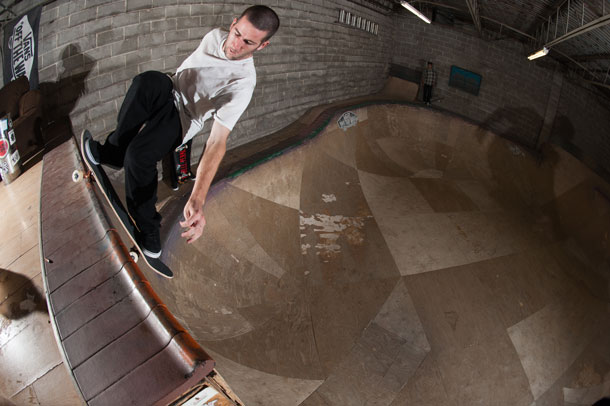 You ever pad up and skate a vert ramp?
Yeah, I’ve been trying to skate Elliot Sloan’s ramp, The DC ramp and sometimes Hawks. Skating vert is pretty humbling.

Have you skated a mega ramp yet?
I don’t have a mega ramp deathwish. I went down the landing a few times.

If and when you do skate the mega, what would be your go to grab over the hole?
Backside 180 Japan.

What would be next on the huge quarter pipe?
I hear 1080s are in right now…

What’s your biggest handrail maneuver out on the streets?
Probably a lipslide, I’m not too good at the handrail game. I don’t think I have enough rail tricks to even play skate.

What’s your plans for the rest of 2014?
Getting fat and letting my ankle heal so I can skate again. Not sure how long I’ll be wearing the space boot.